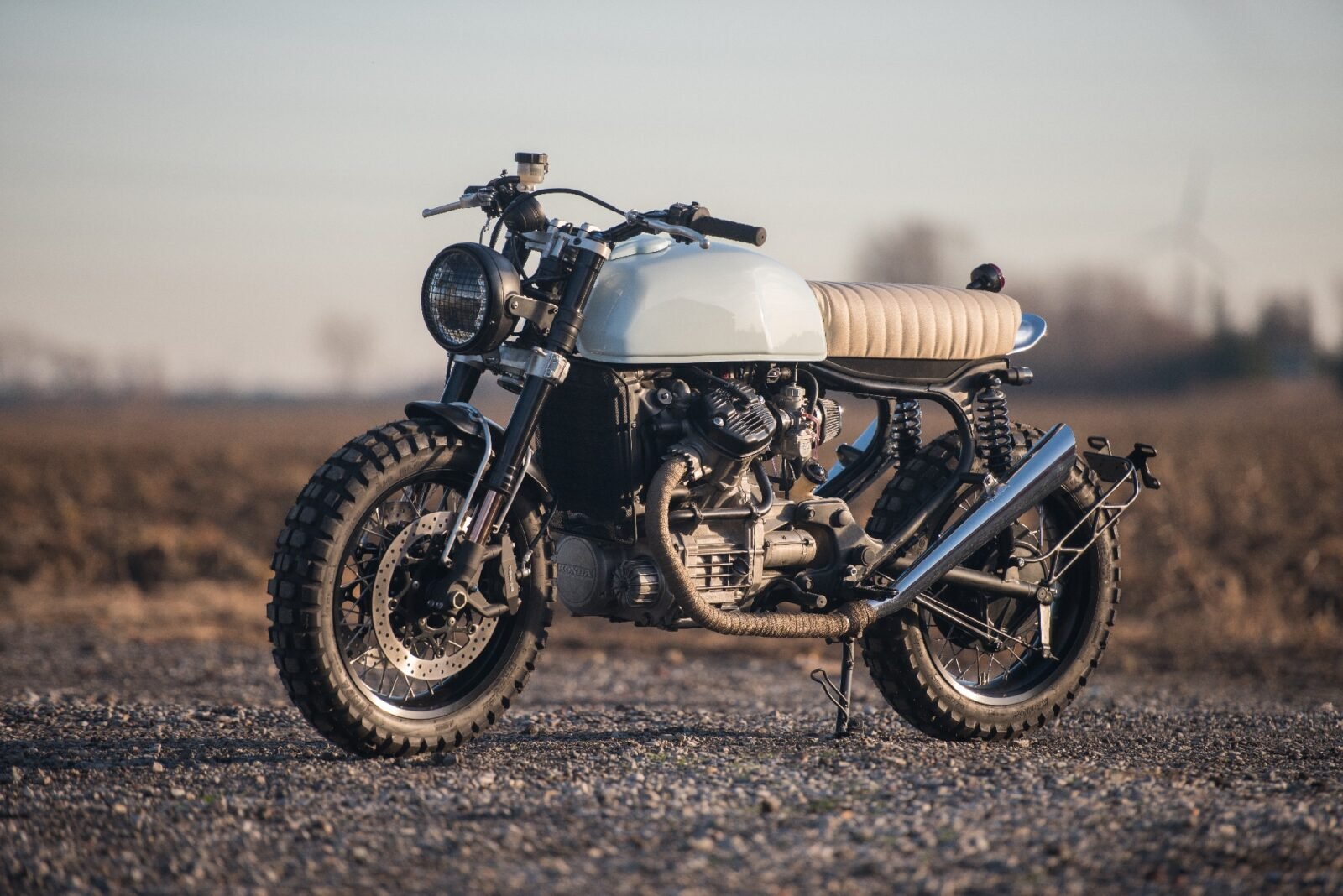 The Honda CX500 is a motorcycle that wasn’t all that well loved when its was first released. In some markets it was nicknamed the “plastic maggot” and after a 5 year production run Honda pulled the plug and moved focus onto its better selling inline-4s.

More recently, the humble little CX500 has been going through something of a renaissance. Modern custom motorcycle builders learnt that the unloved Honda actually had a huge amount of potential, largely thanks to the amount of engineering that Honda had poured into it during its late ’70s development.

Honda had never built a V-twin before but after much research they decided to follow the example set by Moto Guzzi, rather than Harley-Davidson – by mounting the engine longitudinally rather than transversely. One of the reasons the engineers chose this orientation was so that they could install the gearbox under the engine and have it spin counter to the direction of the crankshaft – helping to minimise the gyroscopic forces caused by grabbing a handful of throttle.

The tastefully built Honda CX500 scrambler you see here is the work of Cameron Smyth, the proprietor of Smyth Innovations. I liked his write up on the bike so rather than dilute it I’m going to include it below so you can read about the work he did on the bike in his own words. If you’d like to see more of Cameron’s work you can click here to visit his official website. 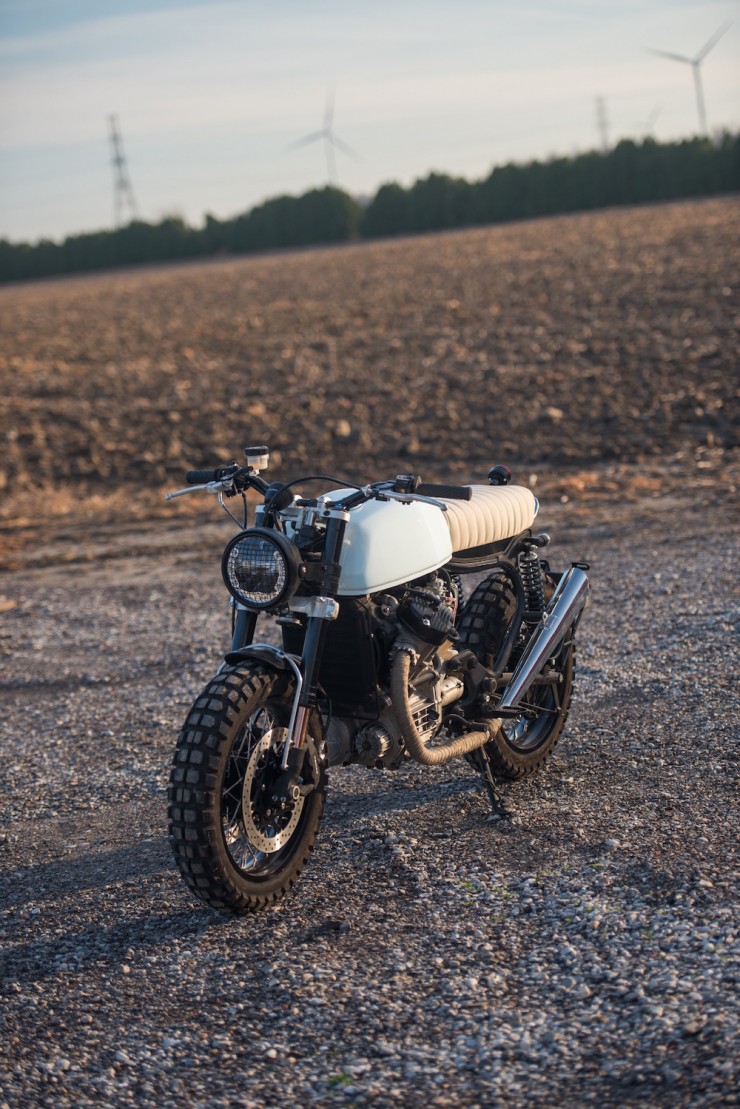 The Story of the Honda CX500 Scrambler “Filthy Cupcake”

The client was looking for us to build a bike that could be an escape from the city without actually leaving the city. It was to appear ready for rough terrain and back country riding, but to be primarily used in the city. Immediately I thought a scrambler style build would be a nice fit. Starting with a 1960’s – 1970’s vintage bike, high exhaust, higher bars, knobby tires, etc. The big question was, How do we make the classic scrambler into something that hasn’t been done before? Take an average 1980’s style motorcycle and make it into something it was never intended to be.

The bike started as a 1979 Honda CX500. It came to us as a home built cafe racer sporting mostly stock components with a vinyl covered plywood seat, trailer tail light, dental mirrors, and custom paint. We went over ideas with the client, laid out the design, and started by tearing the bike down. I always seek to improve upon the stock bike in every aspect I can and we started with the stock CX engine, replacing the clutch plates and springs, rebuilt water pump, and fitted with Murray’s Mikuni carb kit.

Next in order was to improve handling and braking. We swapped in a 2007 GSXR 750 front end with dual discs and new Spiegler brake lines and a modified GSXR front fender with custom mounts was worked to fit tight to the Kenda Big Block tires. The GSXR top triple was swapped out for a billet aluminium LSL in order to mount the tracker bars and an Acewell digital speedometer/tach.

In order to stay true to the scrambler styling we removed the comstar plates and rims and laced up a set of 17′ Sun Rims with Buchanan’s stainless steel spokes. The rear shaft drive hub was completely rebuilt with all new bearings and seals, and fitted with Moto Synthesis spoke conversion rings. We custom built a front mud guard for the rad, and swapped the stock pegs for Biltwell Mush pegs. To top it all off we converted the stock headlight to an LED Rivera Primo unit with integrated turn signals and tucked it behind a stone guard to keep with the vintage look.

Keeping true to the design we modified the stock tank to give the CX the right proportions and lines, repainted it in a retro Cadillac Daphne Blue. The seat was then made to echo the bulk of the tank, engine, and tires and add to the bike overall. Also giving the client the needed height to ride comfortably and enjoy the bike. The single sided license plate mount was then fitted to the stock swingarm to finish it all off. 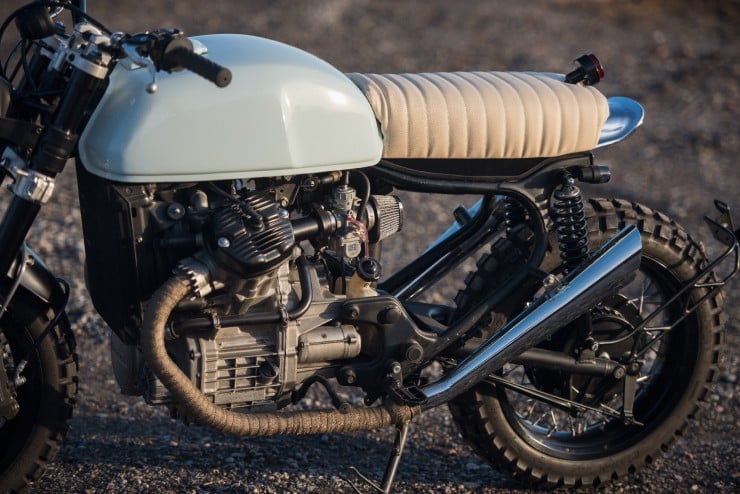 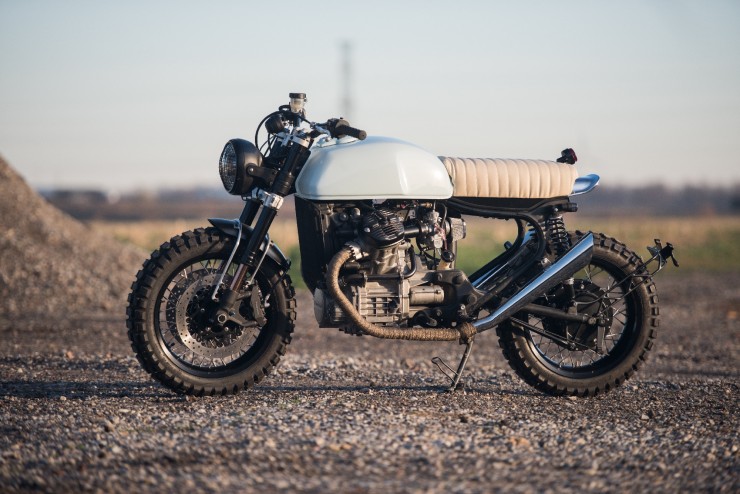 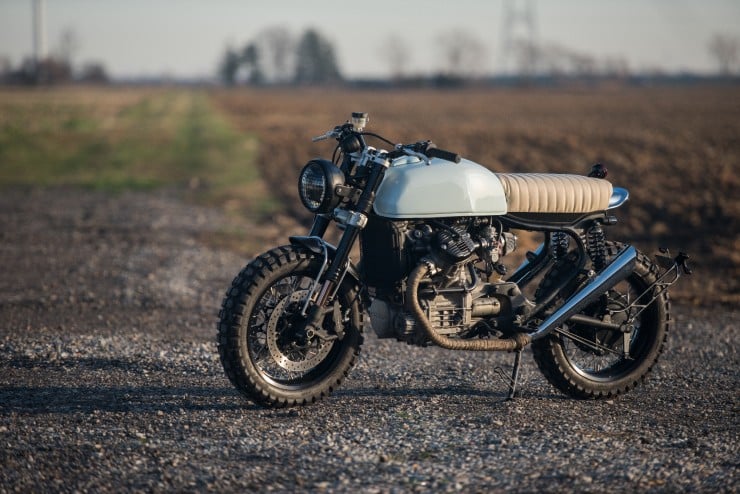 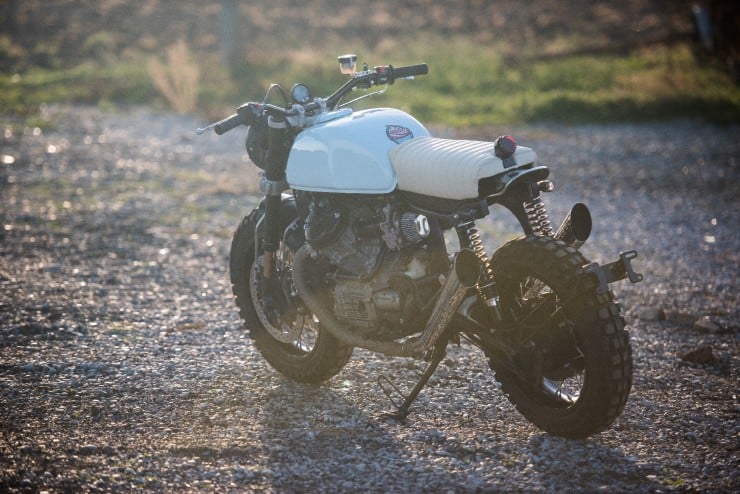 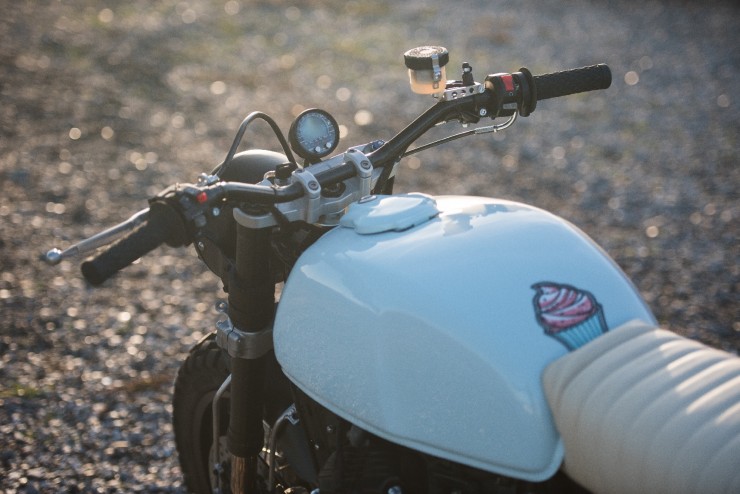 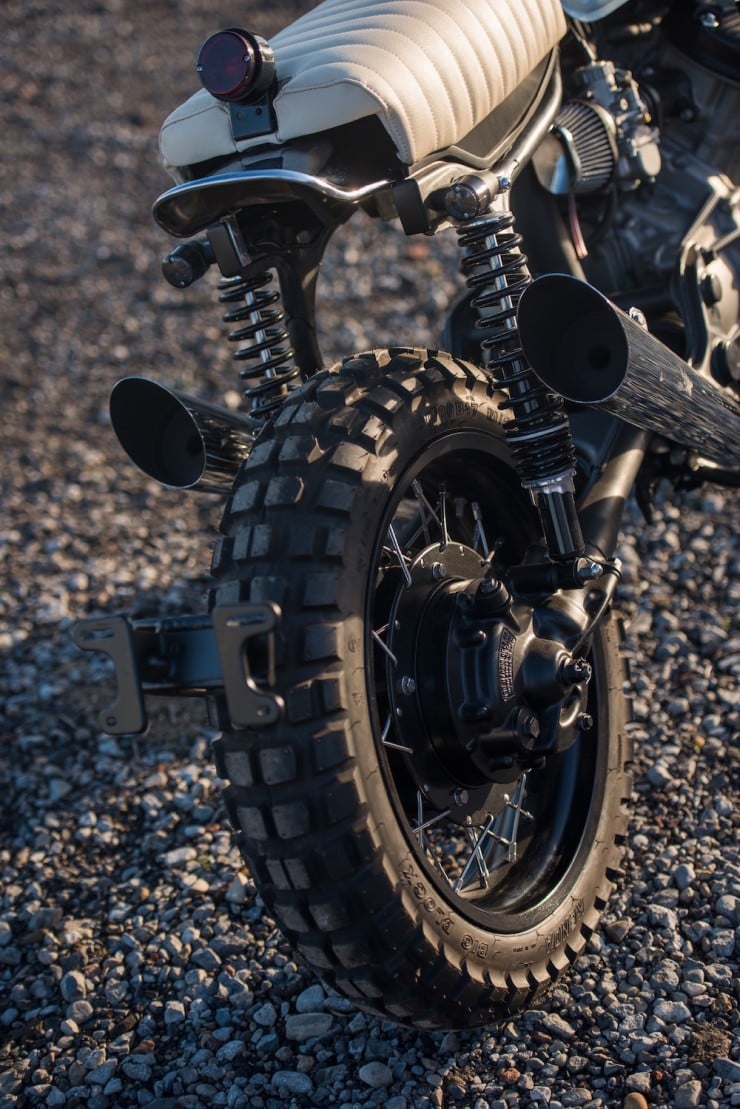 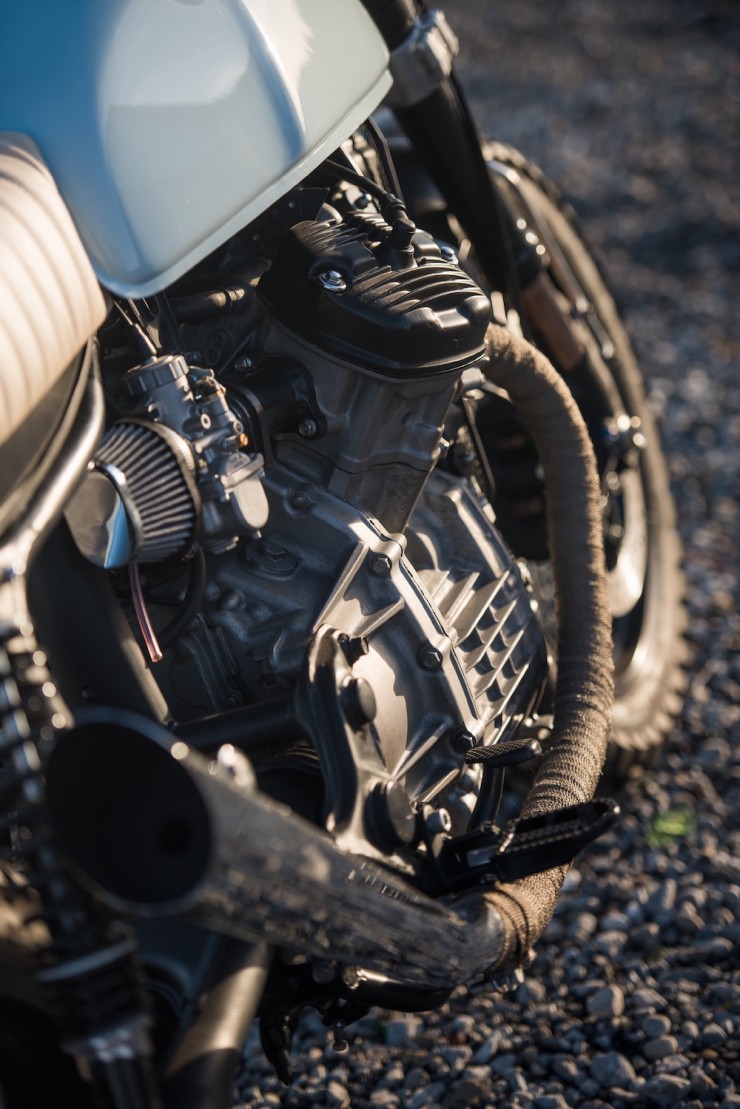 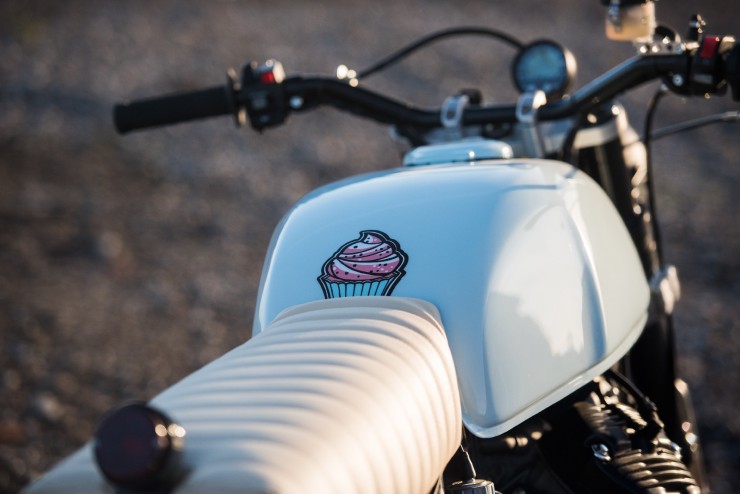 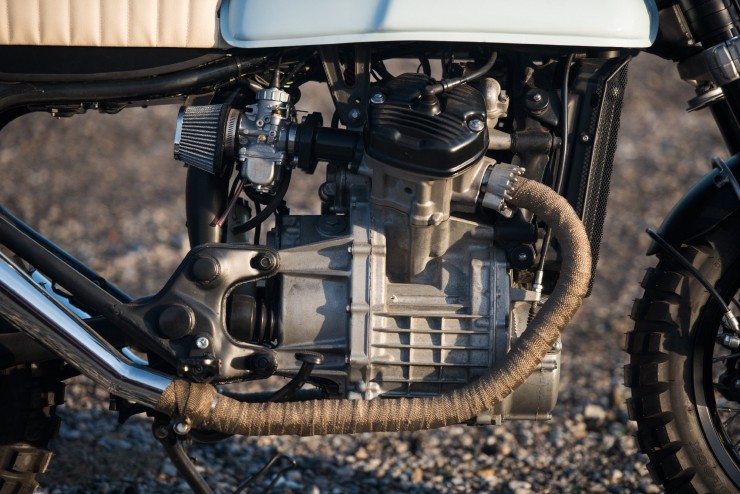 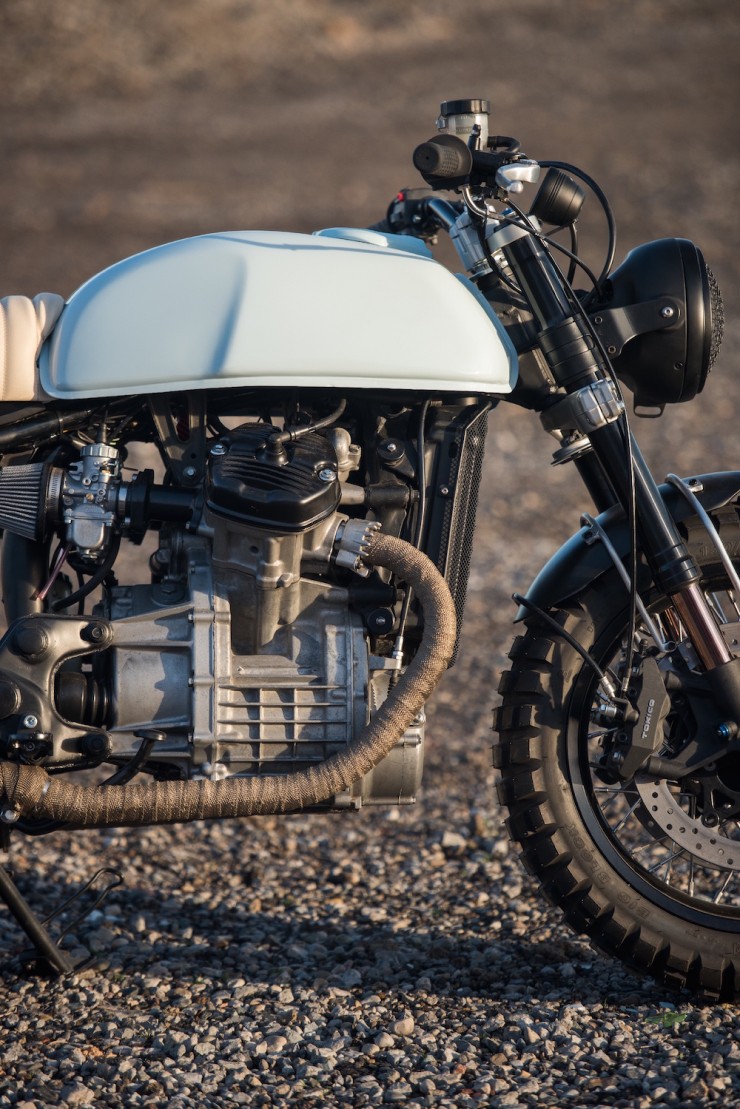 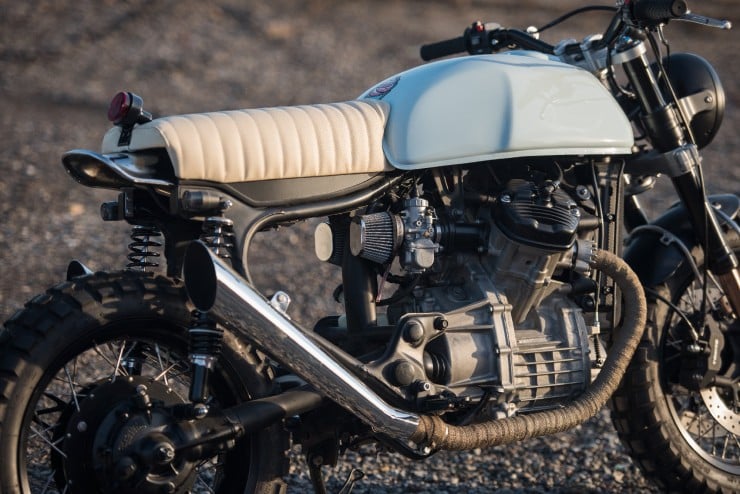 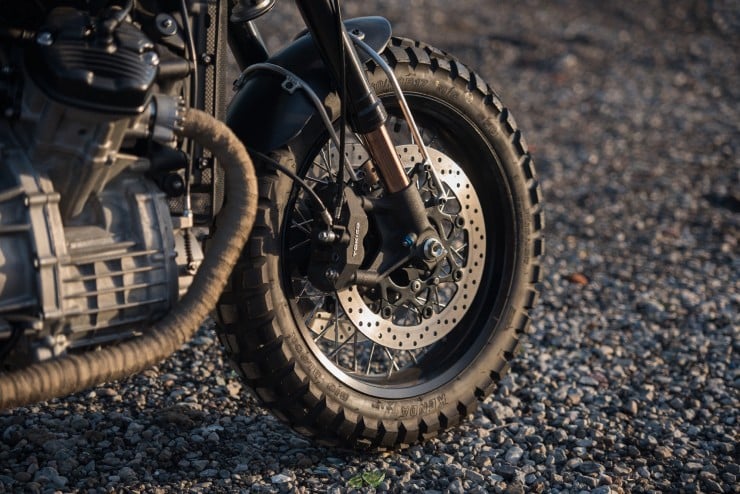 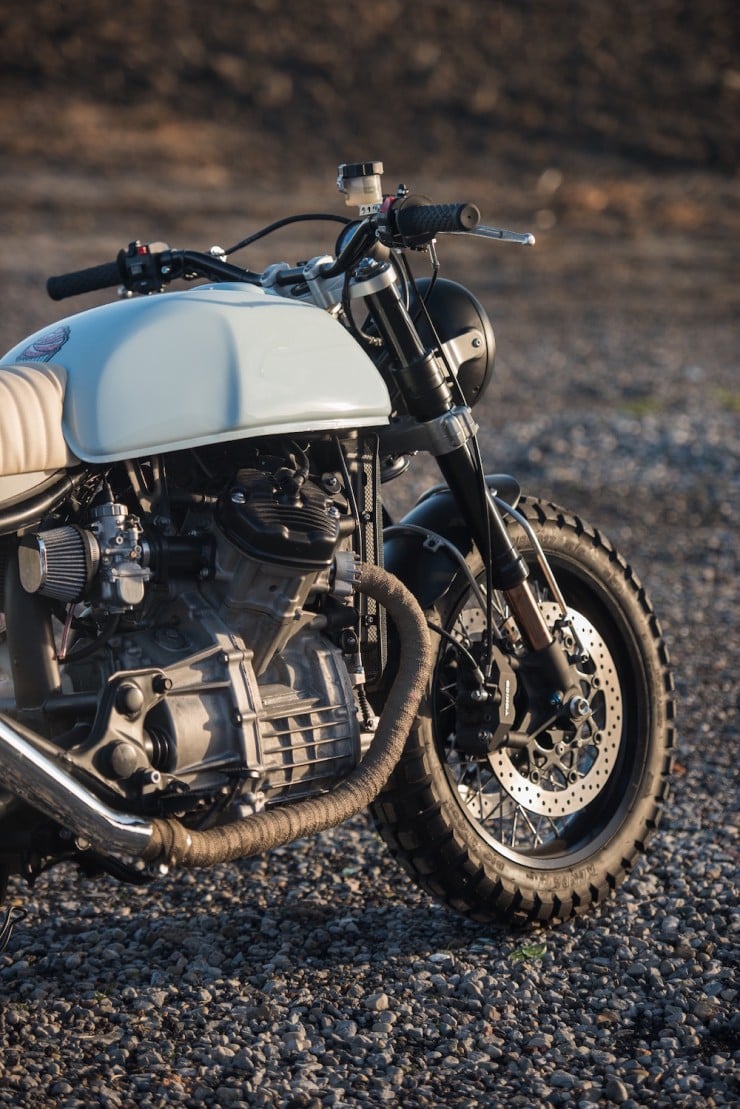 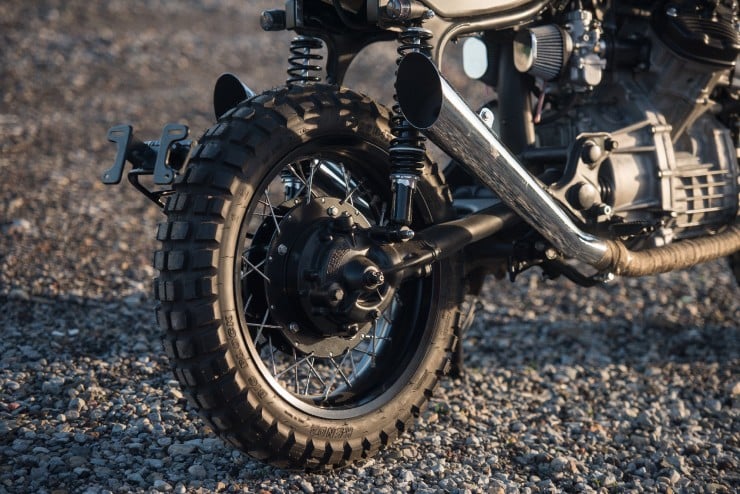 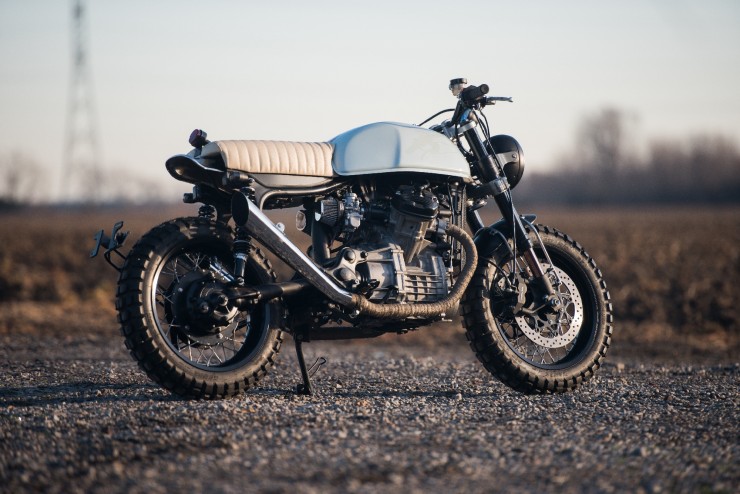 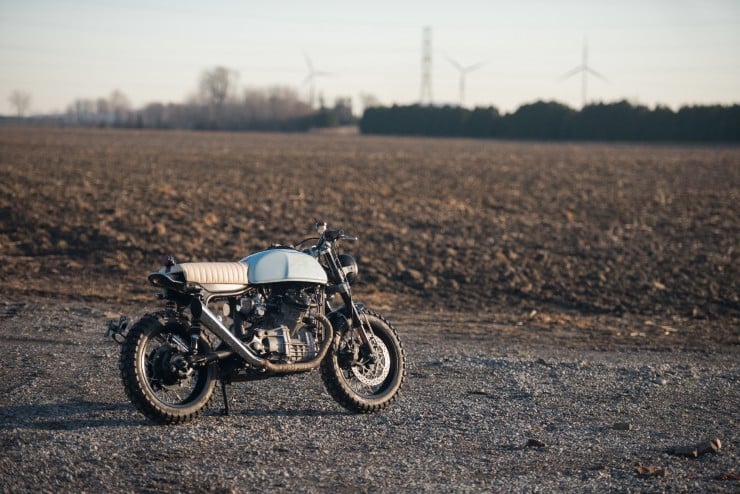 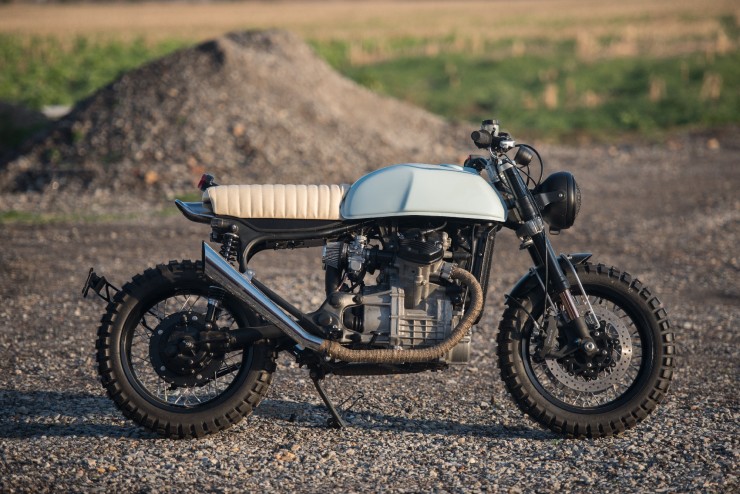