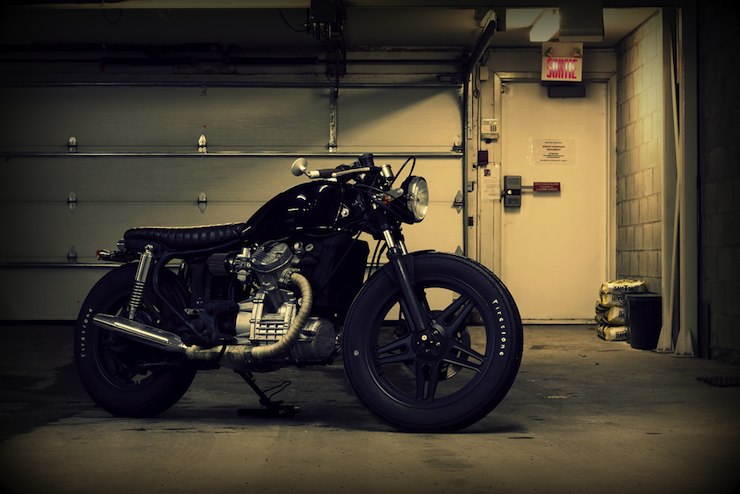 The Honda CX500 is like a feisty featherweight boxer who’ll take on anyone and will never, ever back down. The model was first released in 1978 and it was fitted with a series of innovative features that were either uncommon or totally unused at the time, things like shaft drive, modular wheels, twin CV carburettors that were tuned for reduced emissions and a liquid cooling system. Interestingly, the electric ignition system was separate from the rest of the bike’s electrical systems, this allowed the motorcycle to be push-started and ridden – even in the case of a total electrical failure.

One of the major benefits of the bike’s relative rarity is that people who choose to own, ride and customise them tend to be a slightly unusual themselves. They genuinely don’t care if you like their bike or not – they built it for themselves, not for the approval of strangers on the internet. 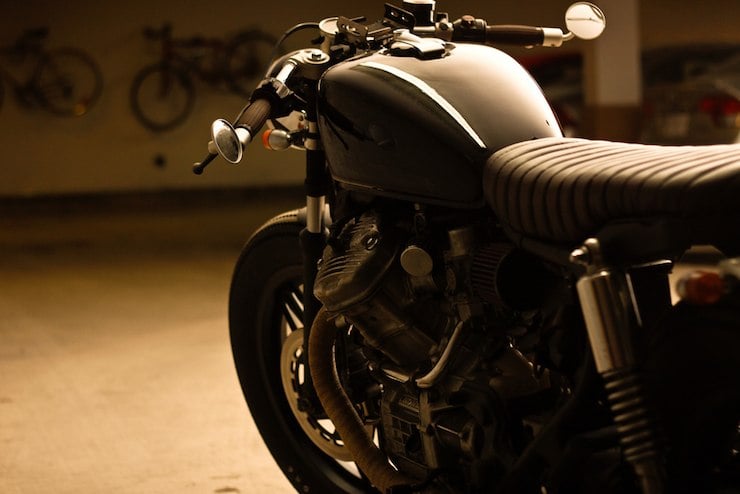 This means that some of the most interesting and (dare I say it) good-looking bikes we’ve featured over the years have been Honda CX500 based customs. This example was built in Montréal by Jonathan Forget and Alexandre Bordeleau, they wanted to create a motorcycle-hybrid between the classic cafe racer and the iconic Japanese Brat Style – the finished custom has clear design elements from both schools of bike building, which I guess makes it a sort of ‘Cafe Brat’.

The donor bike was found through a friend of a friend and even though it had been sitting for 5 years in a shed, it started immediately. Jonathan rode it home the same day and work began almost immediately.

They sourced a pair of Brat-friendly Firestone Champion Deluxe tires, then set about hand-building a leather seat, they cropped the rear sub-frame, moved the electrics around, added a pair of clip-on handlebars, bar-end mirrors, some pipe-wrap and then added my favourite feature – an iPhone mount for GPS navigation. I suspect that if they just started producing these mounts enmasse they’d very quickly become very wealthy.

The finished bike now lives in Montréal and is used everyday by its new owner, we’ll be keeping a close eye on Jonathan Forget and Alexandre Bordeleau and we’ll bring you more of their work as it rolls out of their garage. In the meantime, if you’d like to take a look at more of their work, you can click here to visit their website. 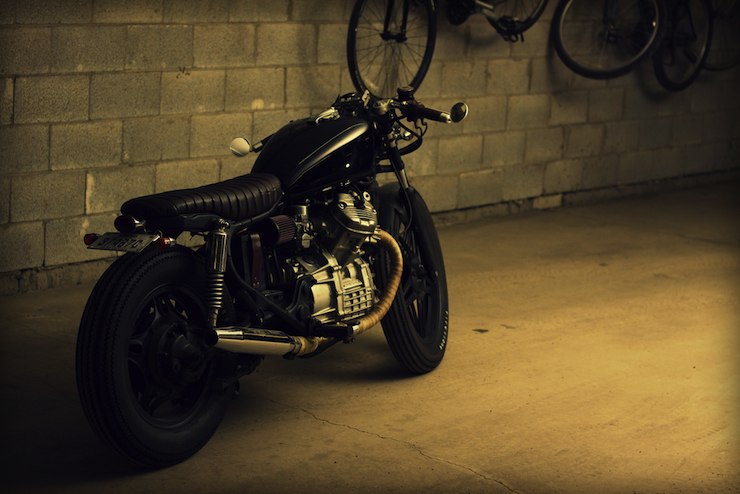 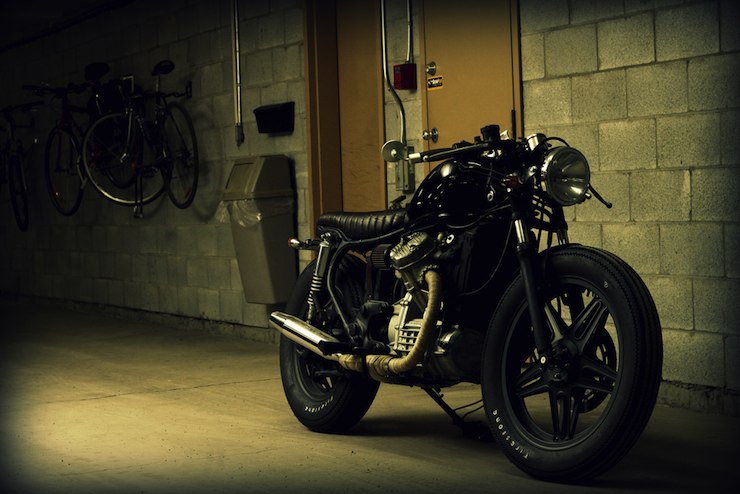 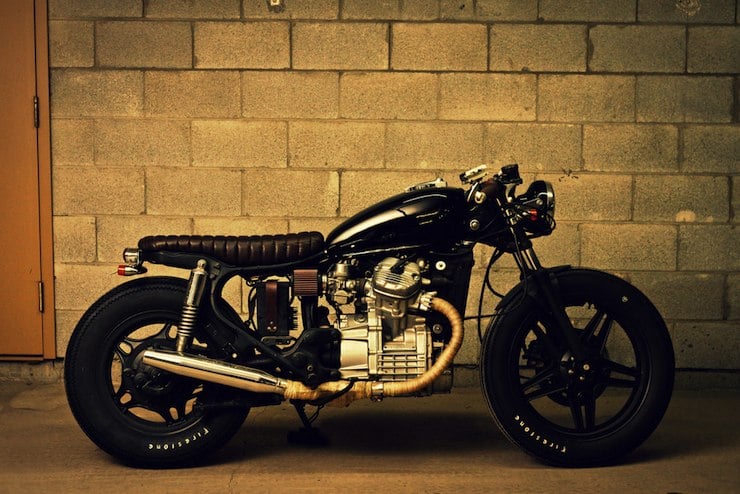 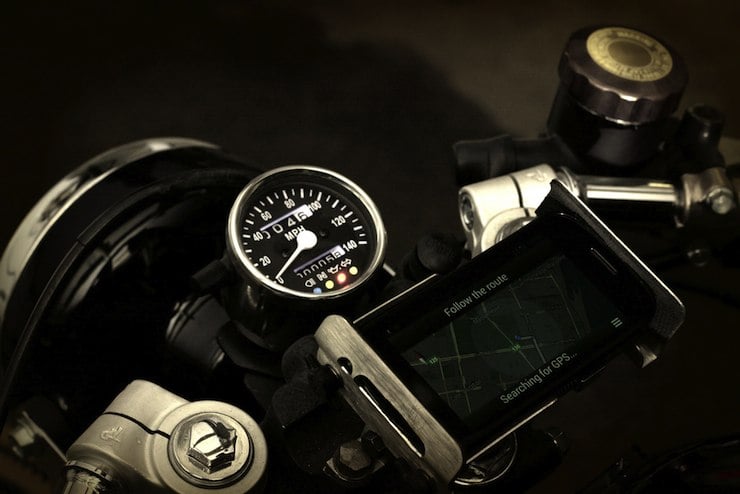 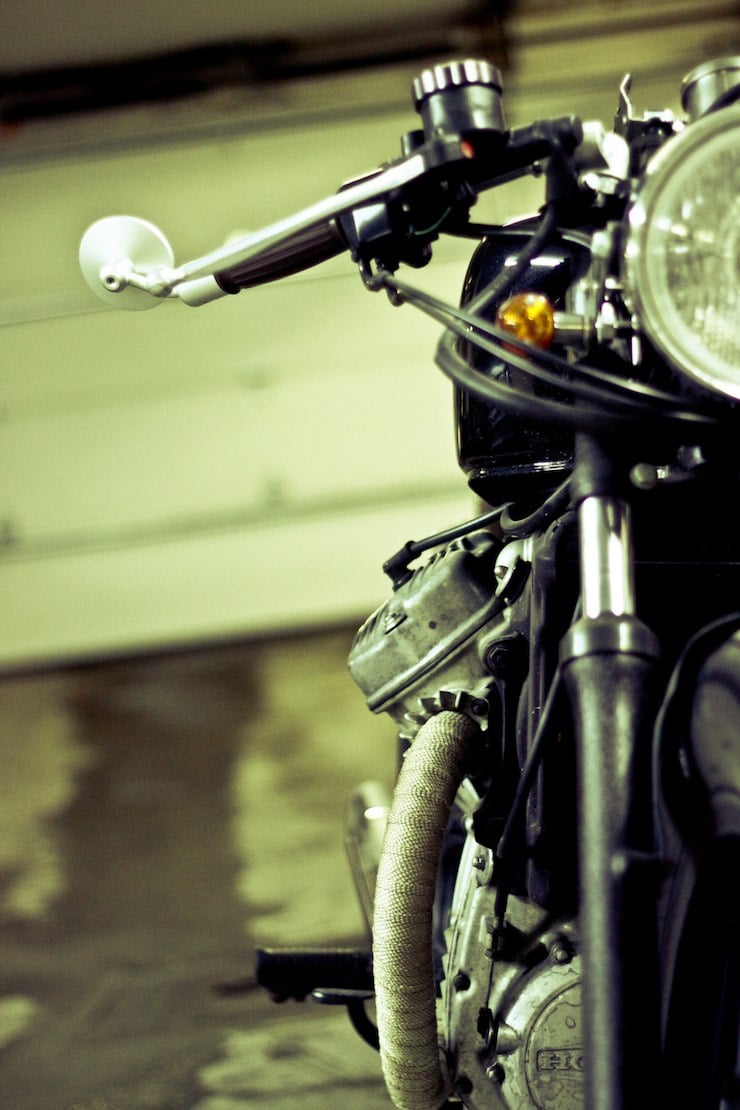 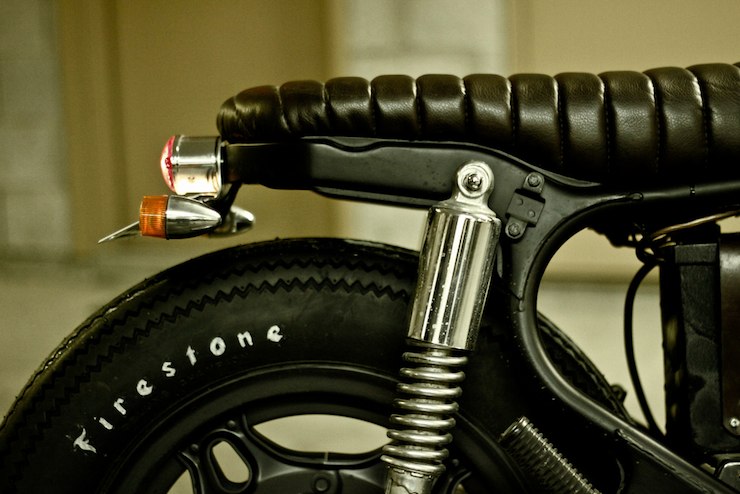 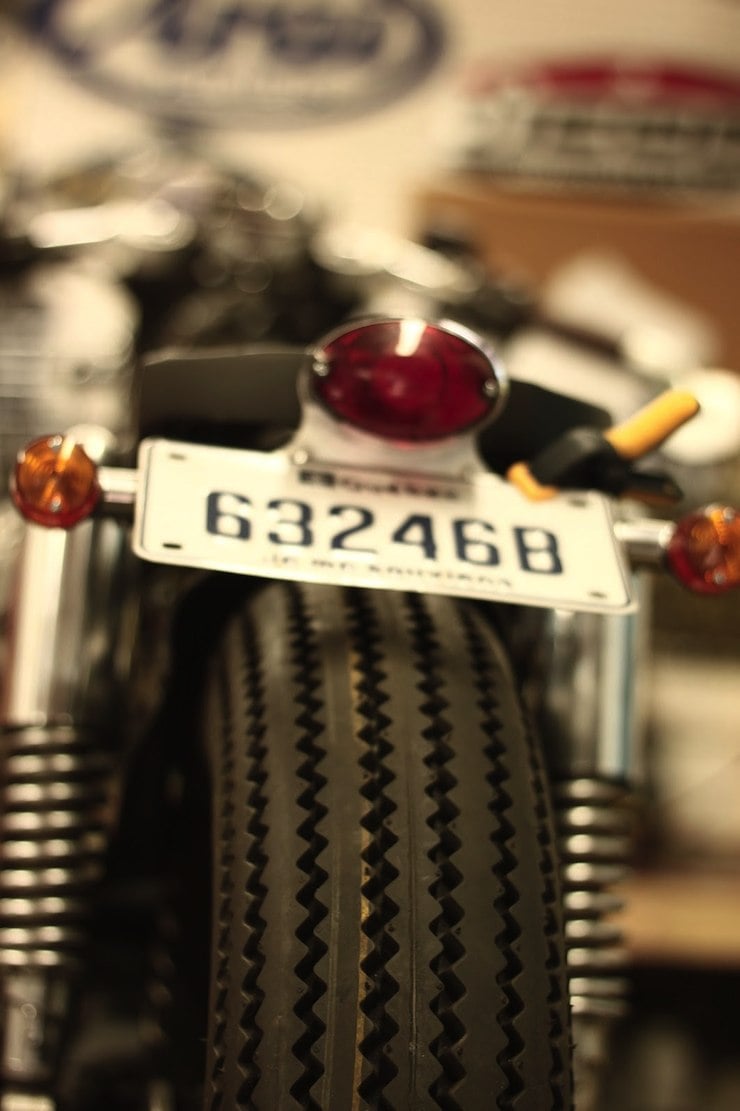 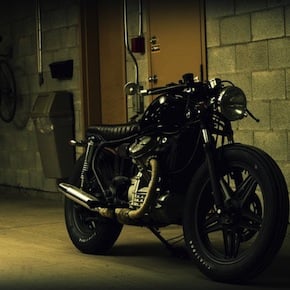