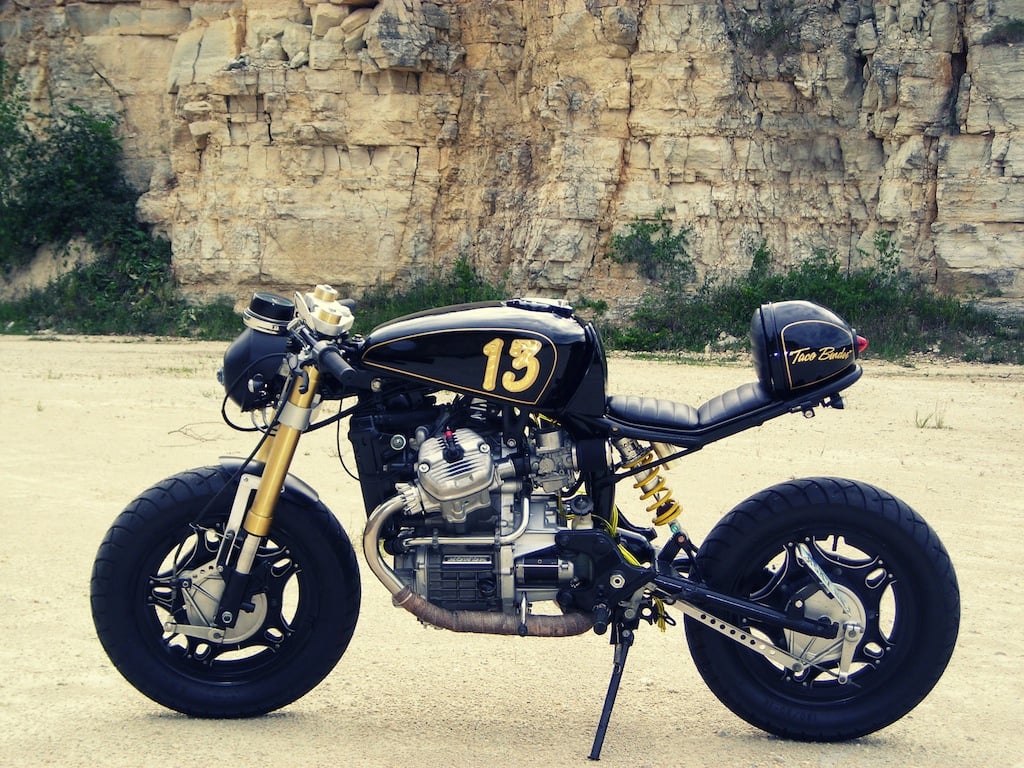 Honda CX500 cafe racer conversions are becoming more and more popular, the unusual, shaft-drive bikes from Honda never really saw huge commercial success when they were first released so it’s nice to see them having a renaissance of sorts in the modern day.

This particular Honda CX500 cafe racer was built by a friendly guy named Gary based in Decorah, Iowa. He’s done a hell of a lot of work on the bike and has even gone so far as to fit the rear monoshock from a 2009 Yamaha R1, he balanced this out by adding the inverted front forks from a Hyosung GT600R giving the bike the handling characteristics of a much more modern motorcycle.

Gary integrated the battery and some additional wiring into the rear cowling, added a xenon headlight up front and an LED taillight at the rear. That front fender was made in-house as was the 2 into 1 exhaust system, the “Lucky 13” black and gold paint job works well on this bike and from what Gary tells me, it tends to attract a lot of attention everywhere it goes.

If you’d like to check it out, it’s currently listed on eBay with just a few hours left on the auction, click here to have a look. 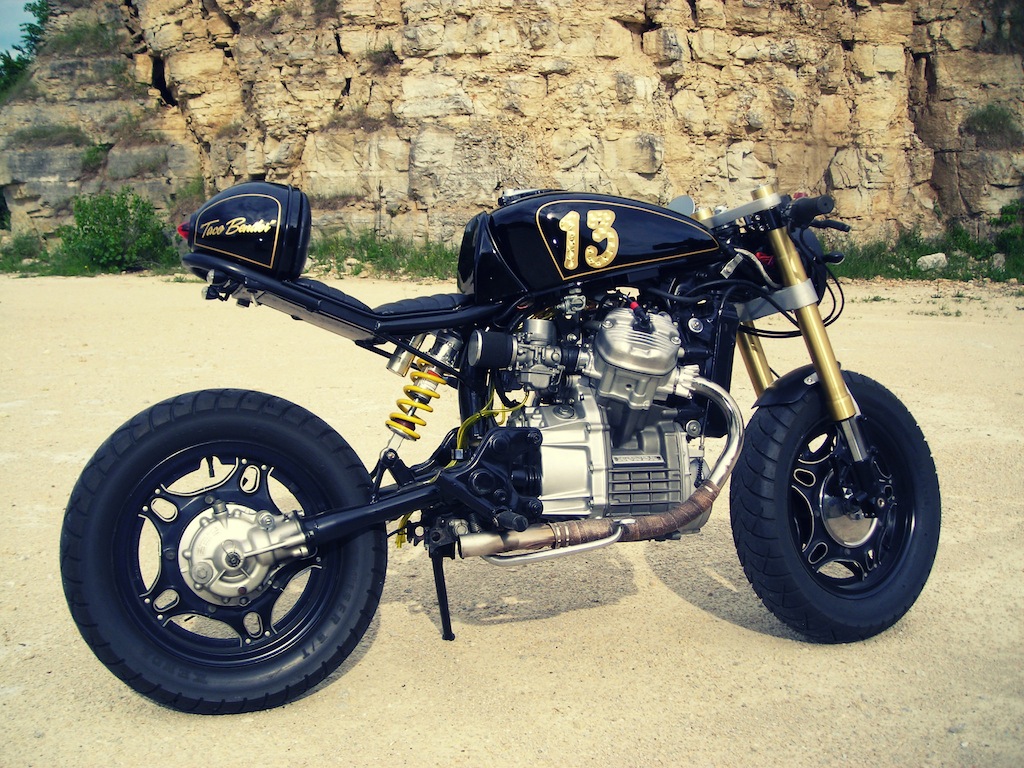 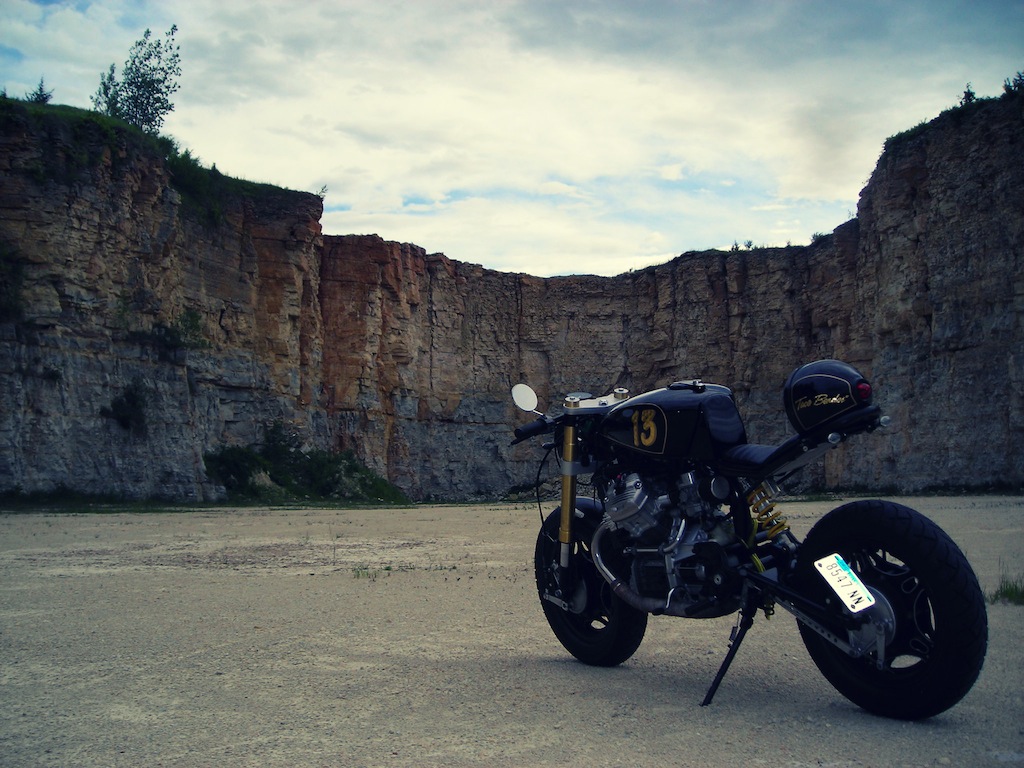 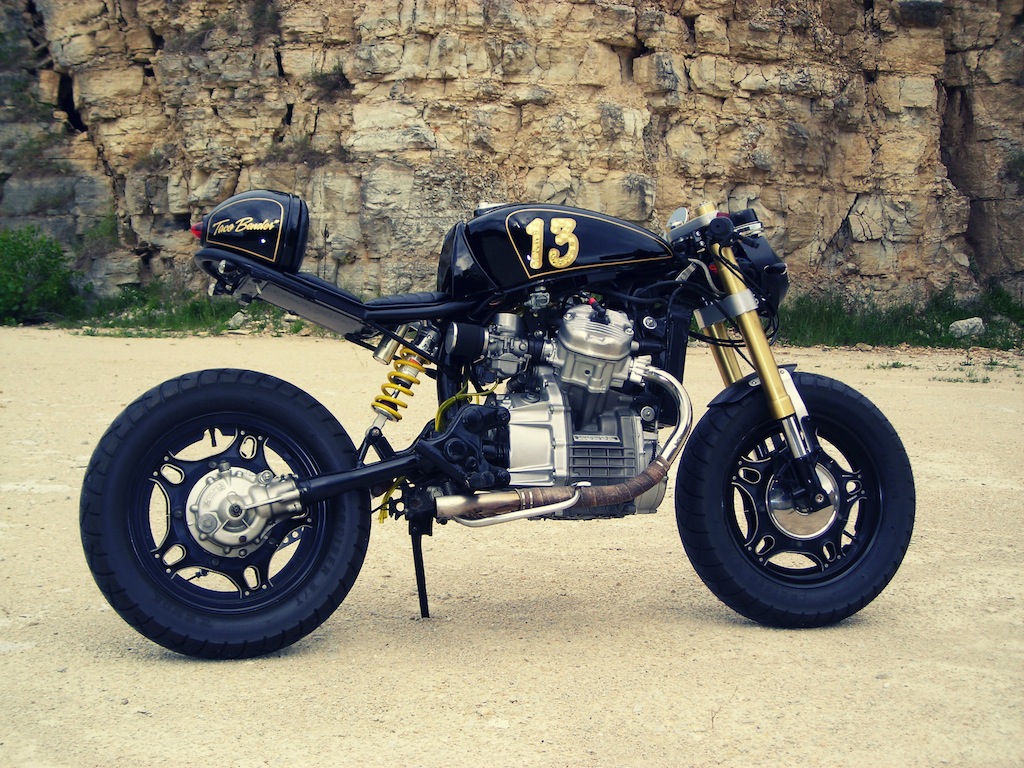 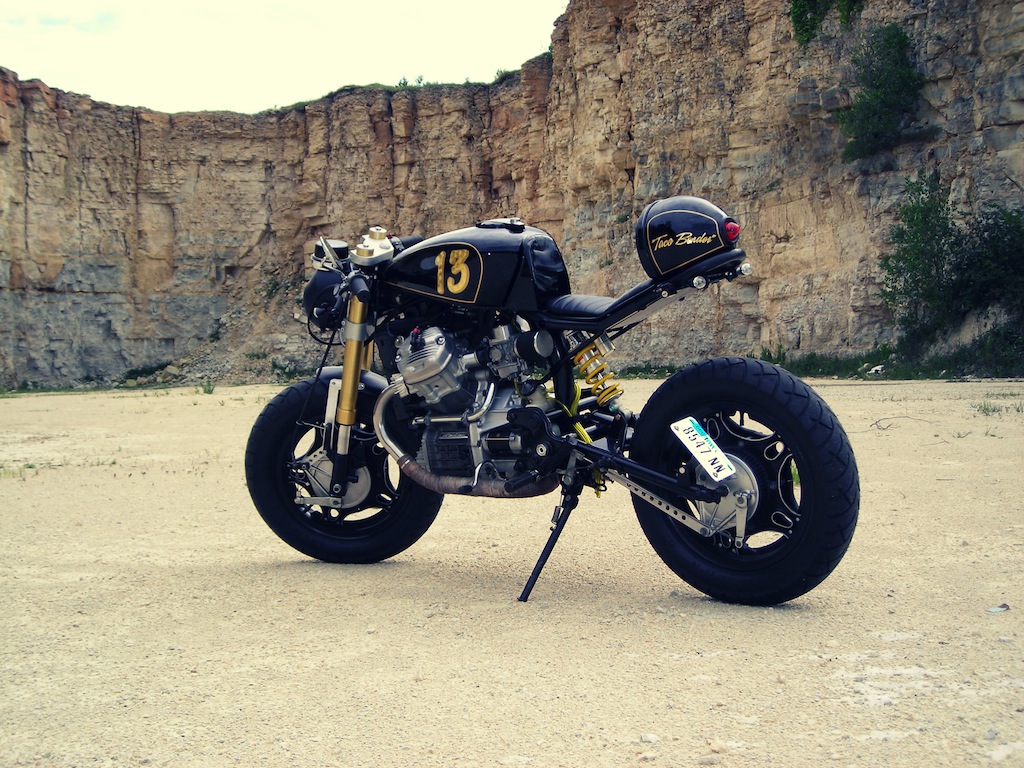