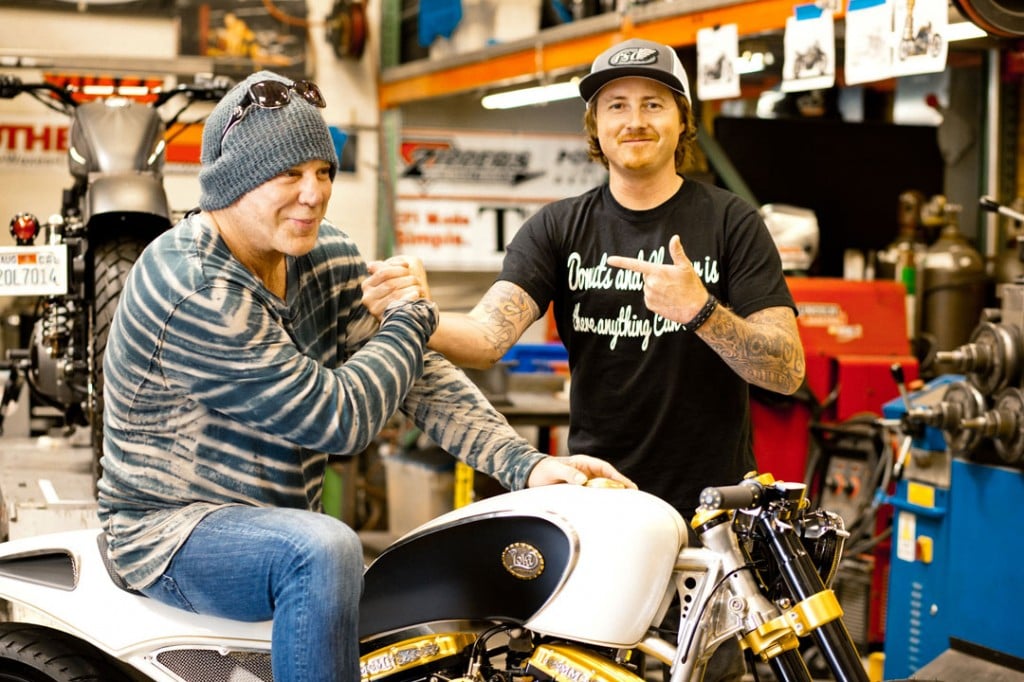 Mickey Rourke’s bike is just about as interesting as you might expect, Mickey Rourke himself seems to have been around forever, he exploded back onto the scene recently with a breakaway performance in The Wrestler and since then he’s gone on to try to kill Iron Man as Ivan Vanko and appeared with Schwarzenegger, Willis and Stallone in The Expendables.

Last year Rourke commissioned Roland Sands Design to build him a custom motorcycle in memory of a good friend who passed away named Loki. He had seen the RSD Cafe Sportster and liked the look of the bike, so with this in mind the design team integrated clip-ons and a few other features from the Sportster build to give Rourke’s bike a similar although still unique profile. 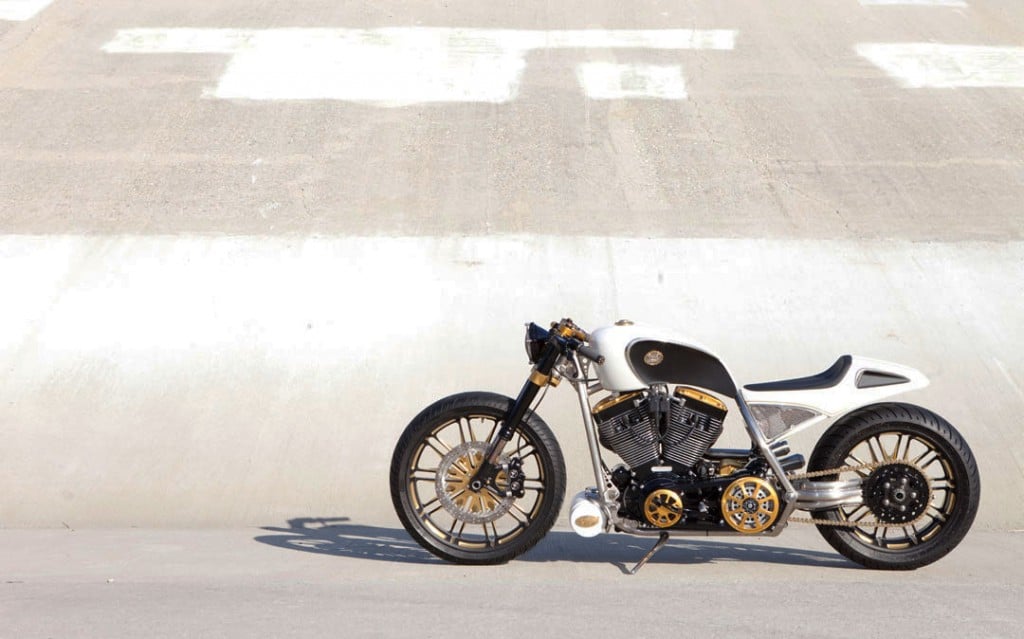 That V-Twin is fitted with a Stage 2 Bolt-On Power Package from Revolution Performance, increasing horsepower to 120 and torque to 115ft lbs, to put that into perspective the current year Honda CBR600 superbike produces 105hp and 42ft lbs. In other words, this is a very quick V-Twin with enough torque to pull a Winnebago.

From a design perspective, Roland Sands Design went for a white, black and gold finish as per Mickey’s request. The two-tone black and gold anodised wheels are a standout feature (scroll down for close ups) and the bike’s profile seems to sit half-way between a cafe racer and a slightly more laid back Sportster.

If you live in LA keep an eye out when you’re in the Sunset Boulevard area, you might just see Mickey Rourke’s bike close up, if you do, take a close look at the cylinder heads. They’re a work of art.

If you’d like to see more of this bike, visit Roland Sands Design here. 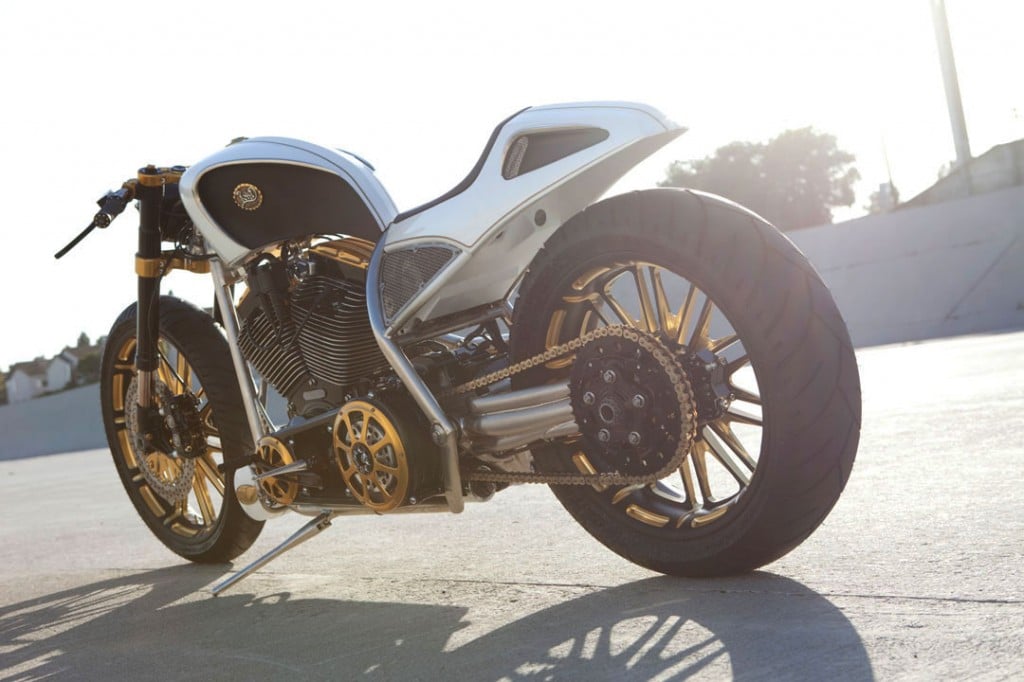 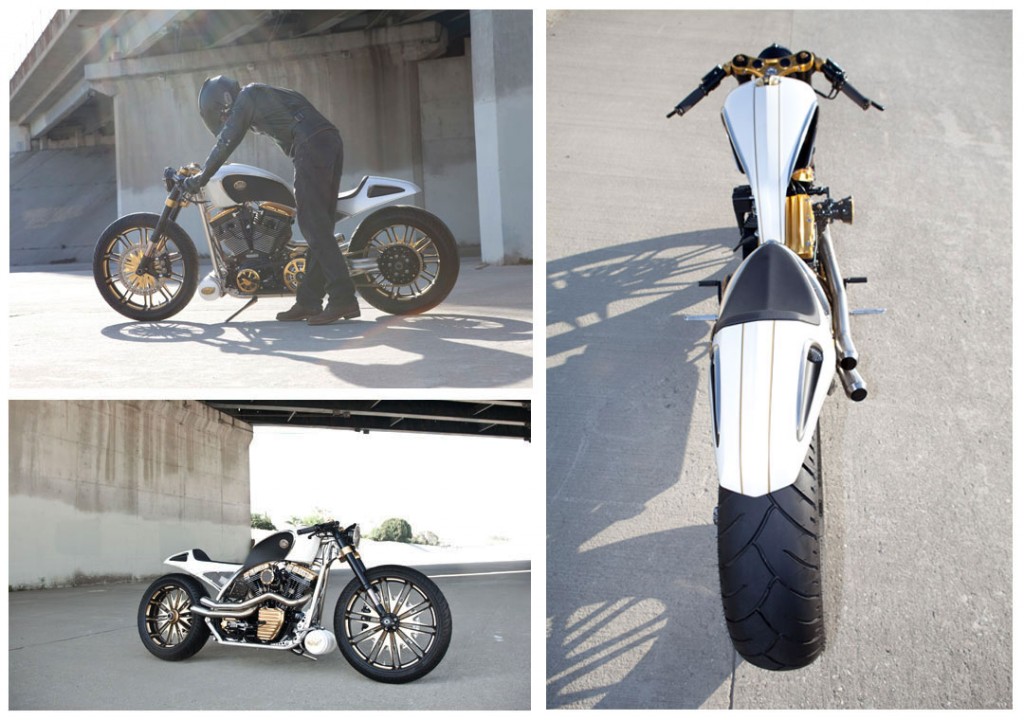 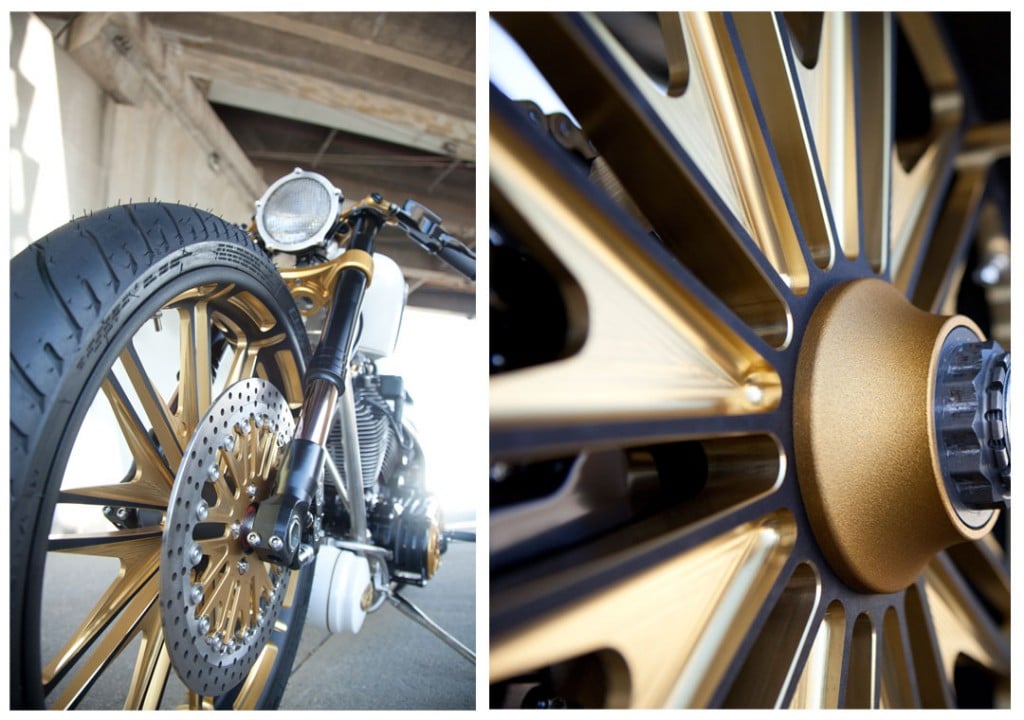 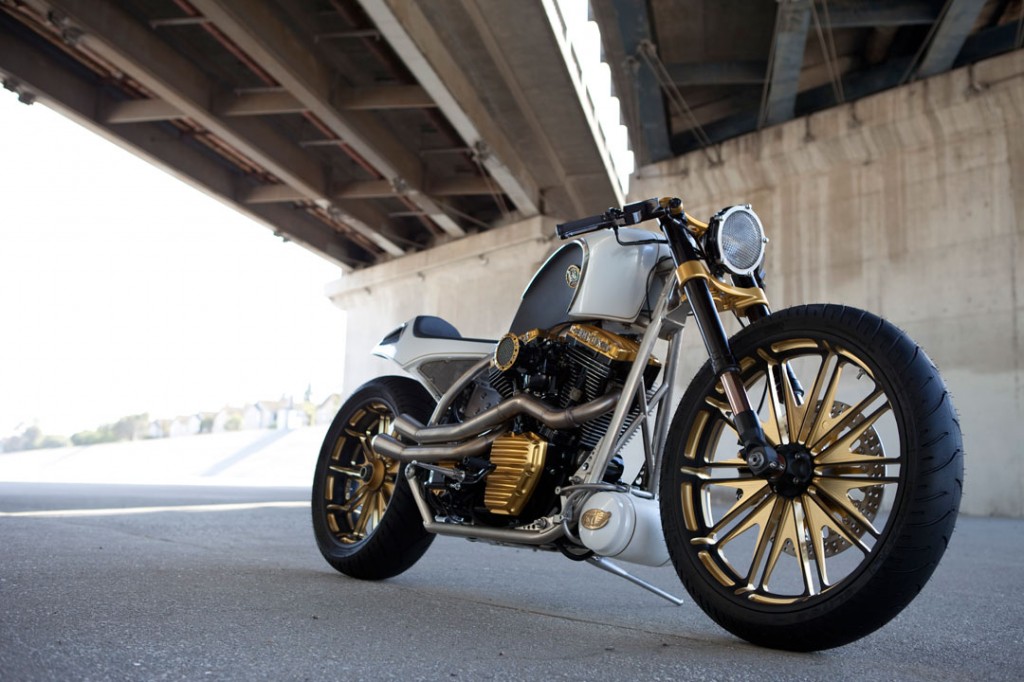 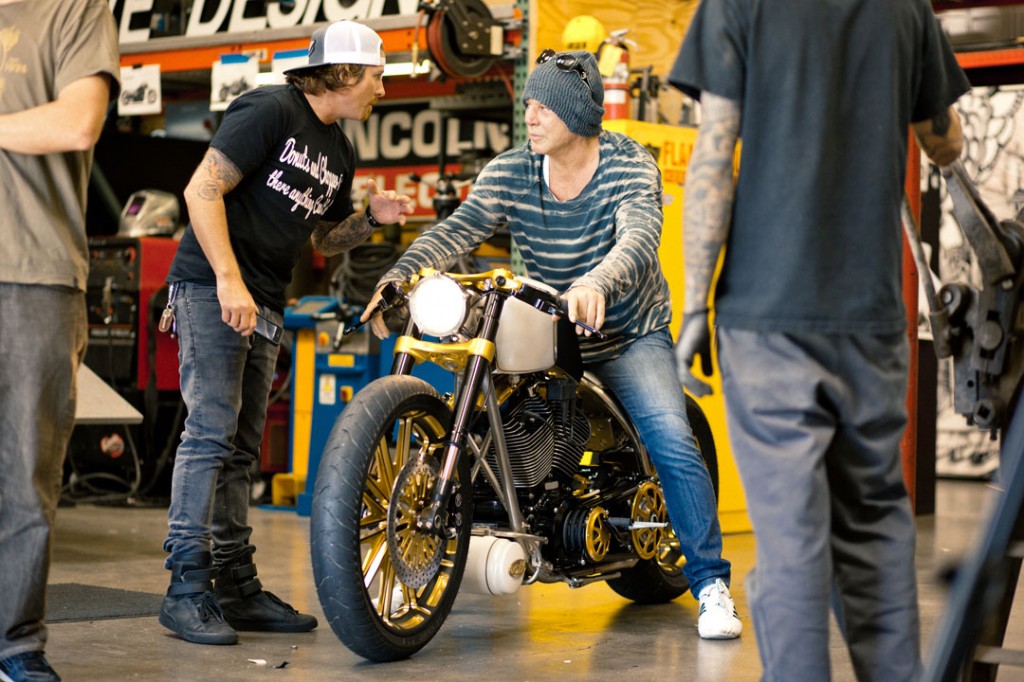 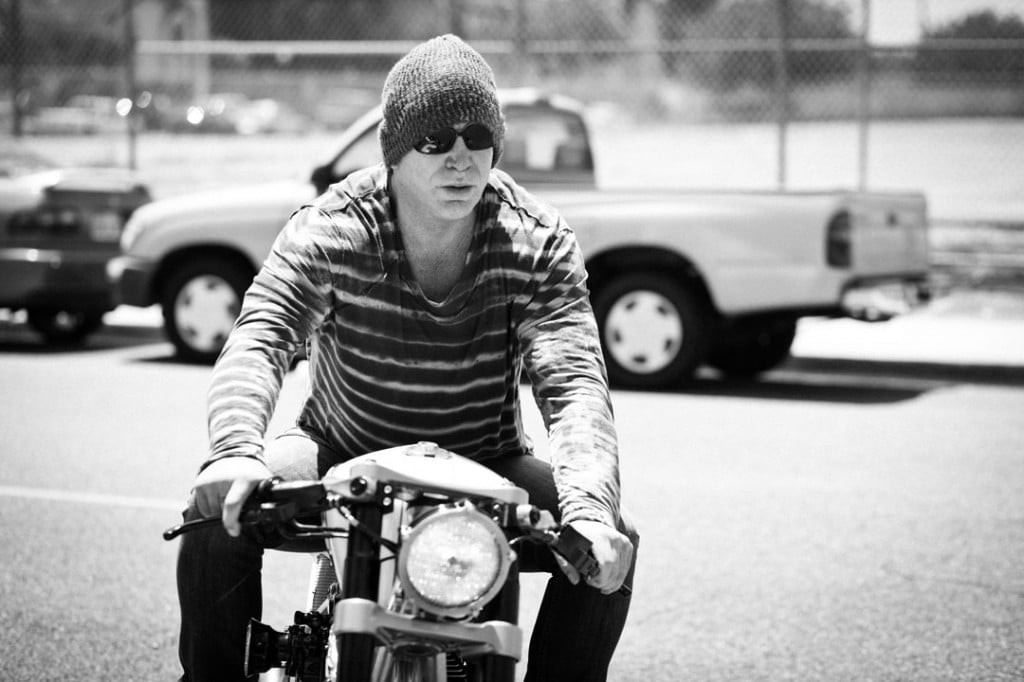 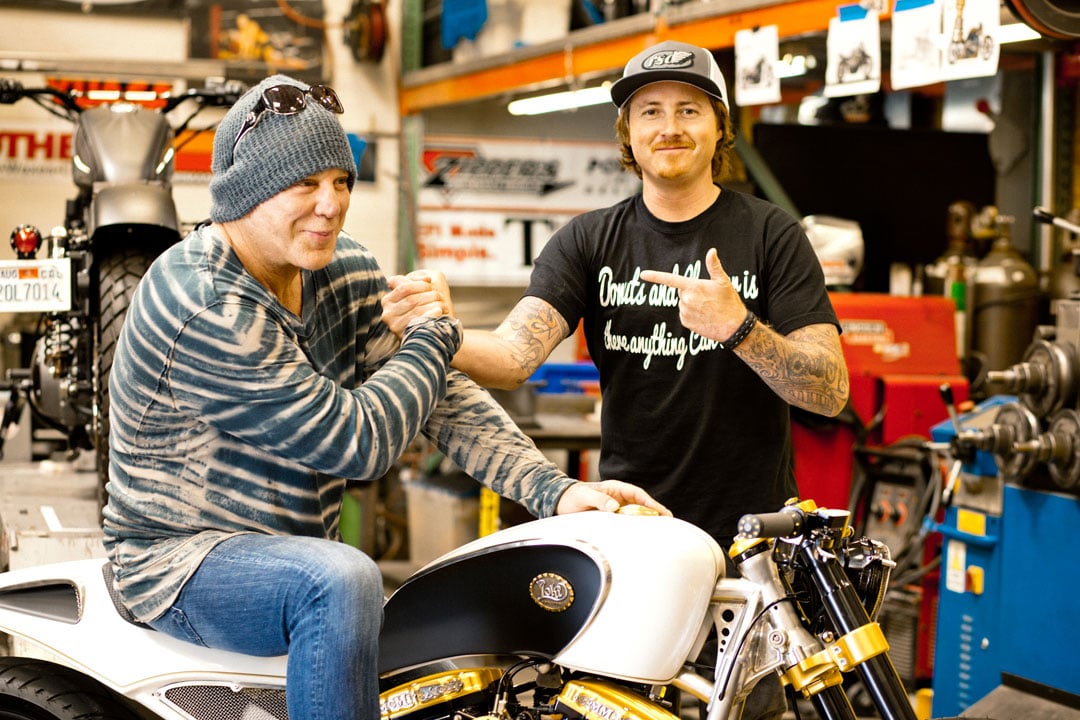