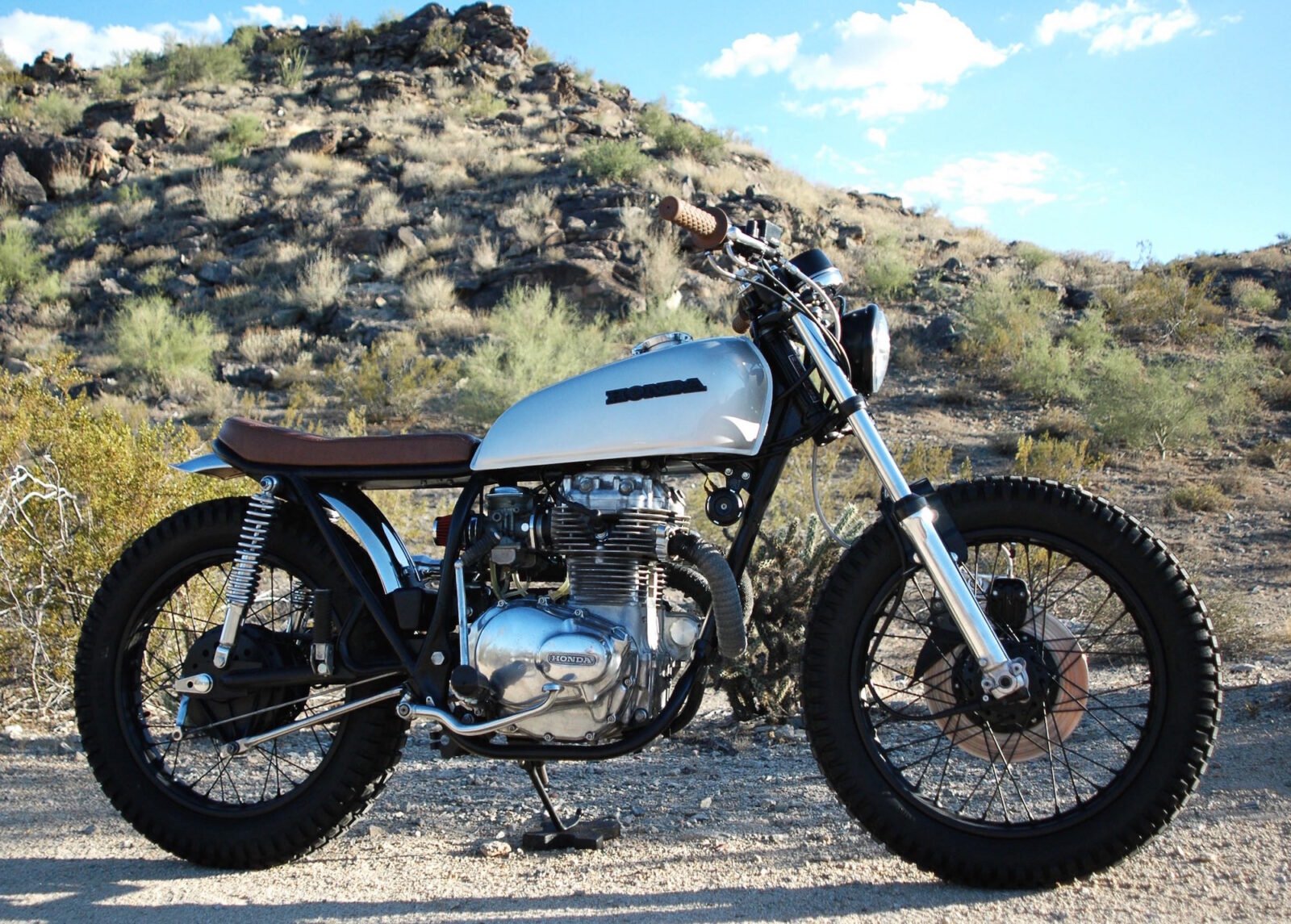 The Honda CL360 is the factory scrambler version of the humble Honda CB360, a smaller capacity motorcycle from the Japanese marque that was only sold for three years, between 1974 and 1976. Despite its relatively short production run, the CB360/CL360 have established themselves surprisingly deeply into the modern world of custom motorcycle building.

The differences between the two models were relatively minor, the Honda CL360 shared essentially everything with its more common brother, but was fitted with a high-exit scrambler exhaust, a higher rear fender and braced motocross-style handlebars. These modifications have made the CL360 the more desirable of the two models, but under the skin they had fundamentally identical performance characteristics, wet and dry weights, and top speed.

For sheer chuckability, you’ll be hard-pressed to find a better bike than the 360s. They weigh in at 357 lbs (162 kg) dry and produce 35 hp at the rear wheel, reliability is about what you’d expect from a Honda and for those who want to commute everyday – the fuel economy is excellent.

The modified CL360 you see here is the work of Shawn Smith of Innovate Moto Sports based out of Phoenix, Arizona. He came across the bike on Craigslist as an unfinished project belonging to a recent college graduate who didn’t have the time to finish it. A deal was struck and an arrangement was made to bring the bike back once it was done so the former owner could realise his dream of riding it, albeit for an afternoon.

Shawn’s plan for the CL360 was simple, he wanted to turn it into a reliable, daily-rideable street scrambler with a dose of flat tracker influence. Once the bike was stripped down the frame tabs were removed and a frame hoop was welded in place. The engine itself was in excellent condition, so it just needed a new set of gaskets and oil seals, along with new oil, plugs and wiring.

A new seat was created by Simon Designs Custom Motorcycle Seats and a new set of cans were added to the stock headers, which was all welded together by Joran Bean of the Shelter. The finished bike is kickstart only in order to help keep weight as low as possible, and thanks to its new wiring loom and lithium ion battery it starts first kick. 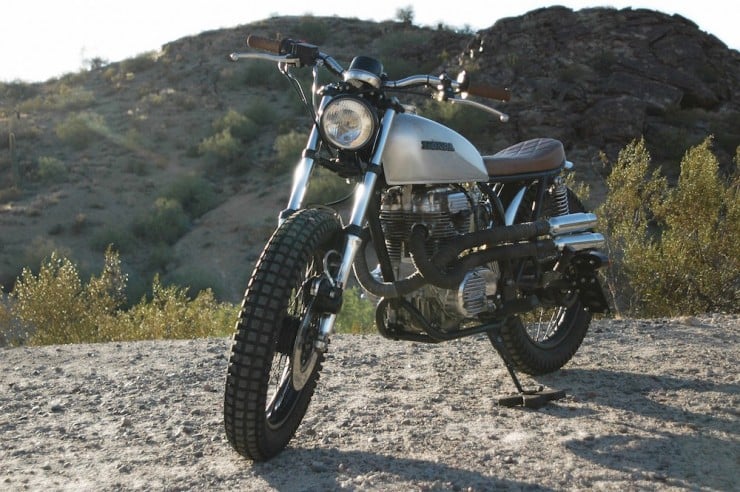 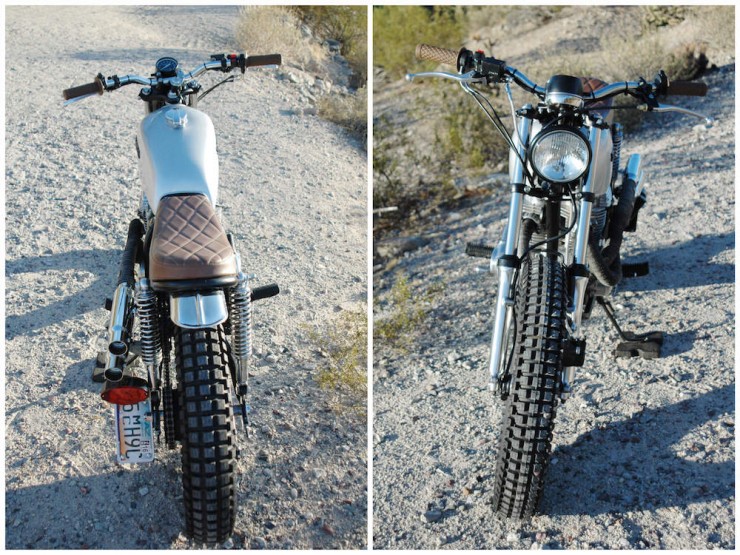 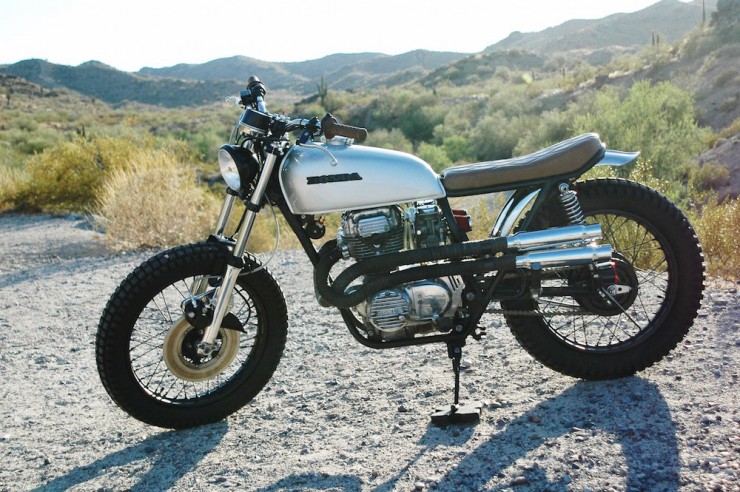 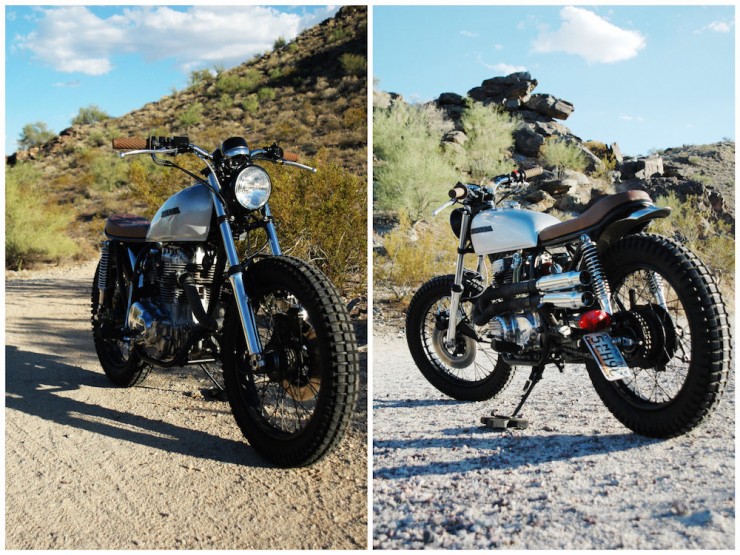 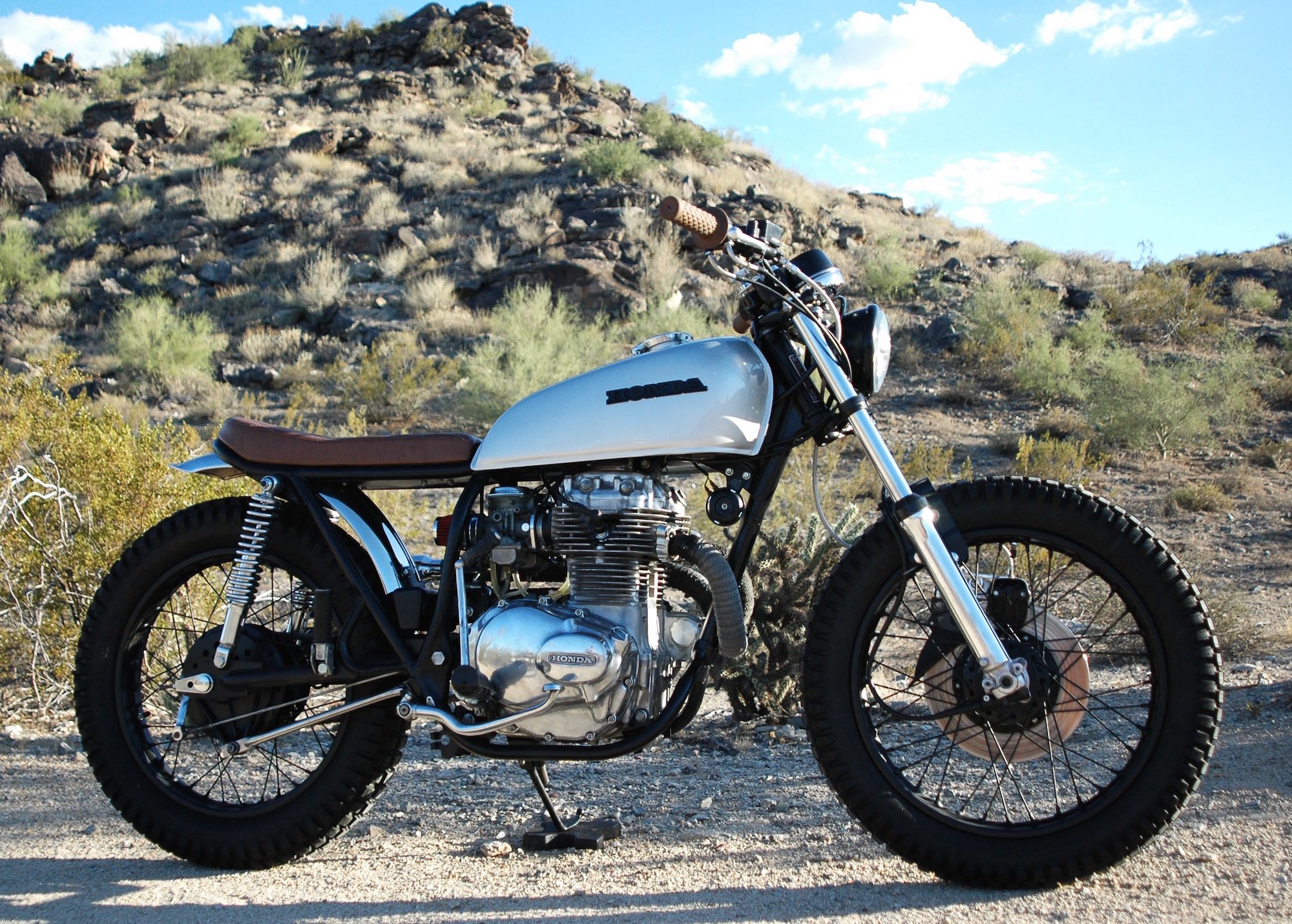