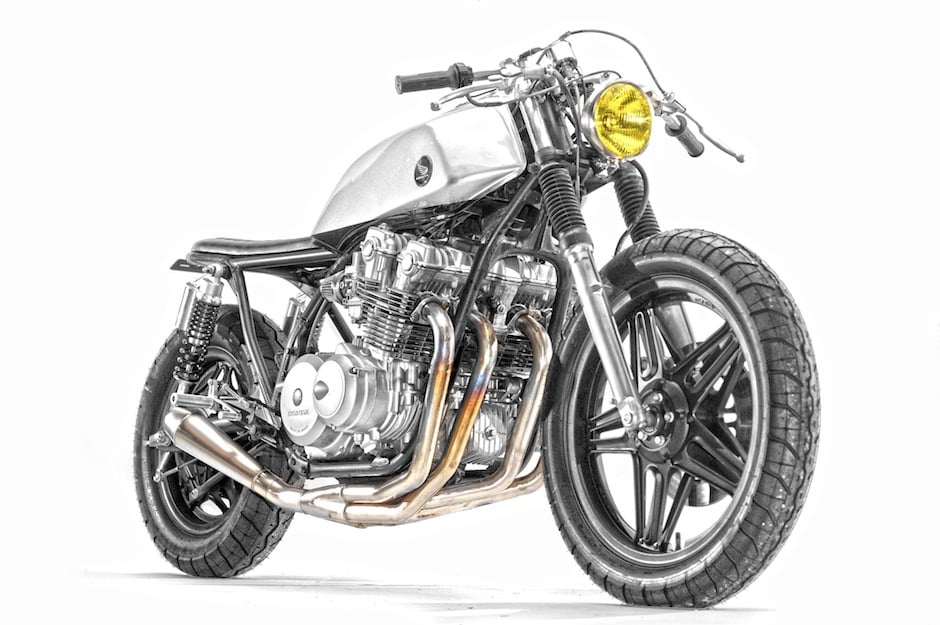 This Honda CB750 cafe racer by Steel Bent Customs is a fantastic example of minimalist custom motorcycle building, there’s nothing on the bike that doesn’t need to be there from a purely functional perspective and I kind of think that this is how it should be.

The bike started life as a 1980 Honda CB750 in need of a little TLC, the team at SBC stripped her down and gave her a good sorting before rebuilding her with only the absolute essentials. They fabricated a set of clip-on handlebars, fitted a set of levers from a GSXR, added a fuel tank from a 1982 Honda CB900 Super Sport and bolted on a brushed 4 into 1 exhaust. 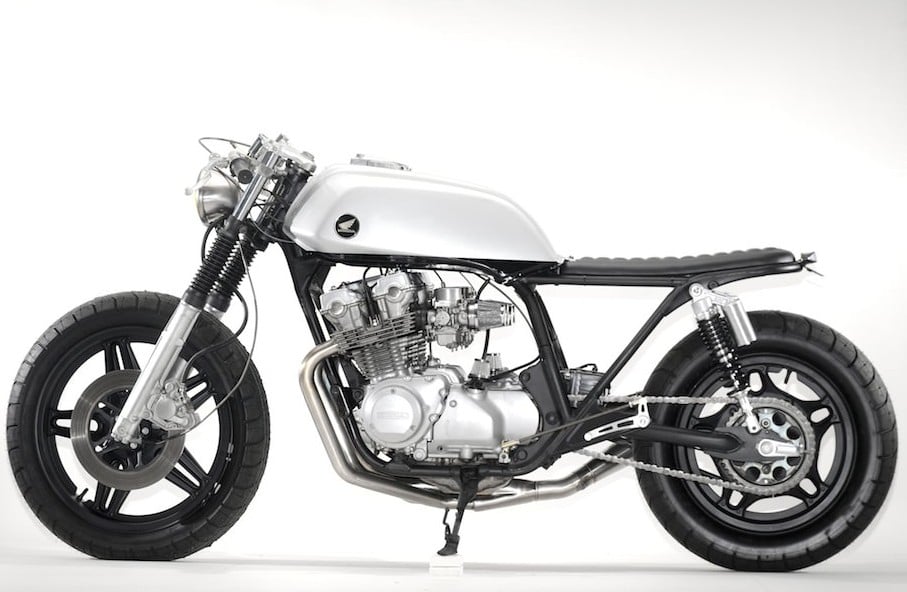 As is the norm with Steel Bent builds they took the engine to bits and re-jetted the carburettors, changed all the fluids, added new tires on the front and back, a new sealed battery, new plugs and wires. Considering the stock reliability of the CB750 this cleaned up example should be capable of a hell of a lot of milage without breaking a sweat.

If you’re interested in the bike you can pick it up for $6,500 USD via Steel Bent Customs here, they’ll be posting it on eBay next week so now might be a good time to get in before people start bidding. 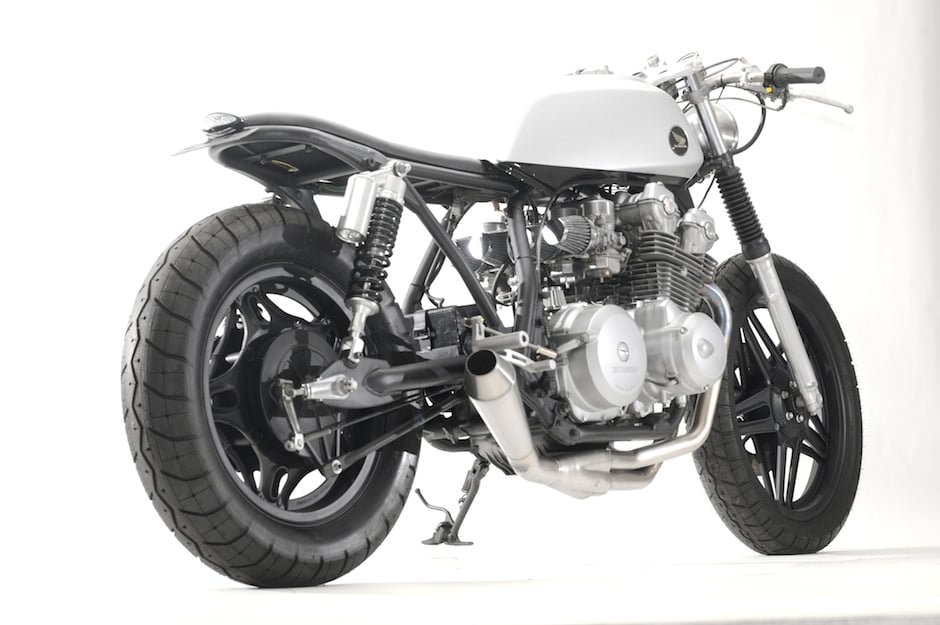 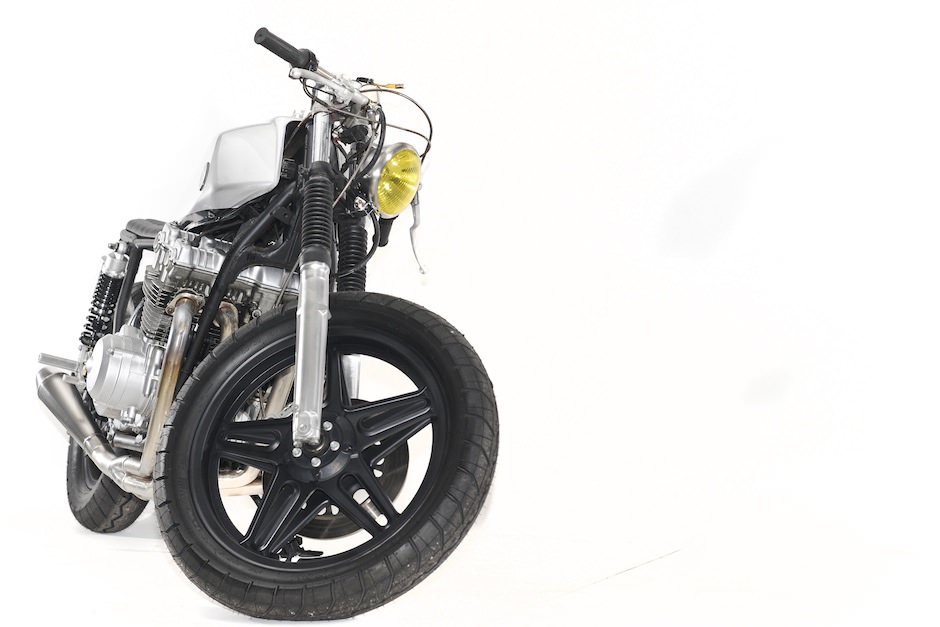 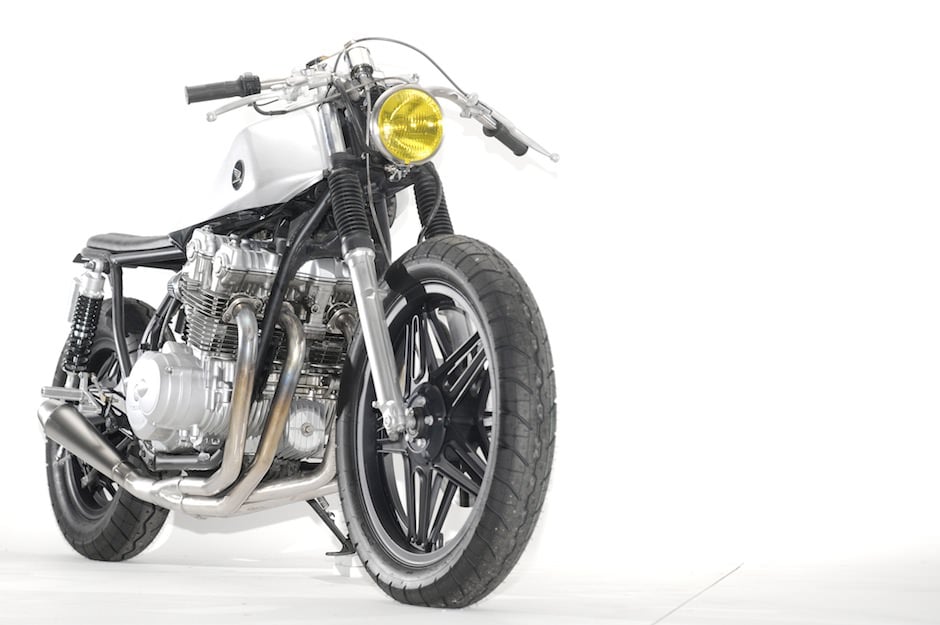 Published by Ben Branch - November 13th 2012
Related Posts
The Kermit Chair: The Original Motorcycle Touring Chair – 100% Made In The USA