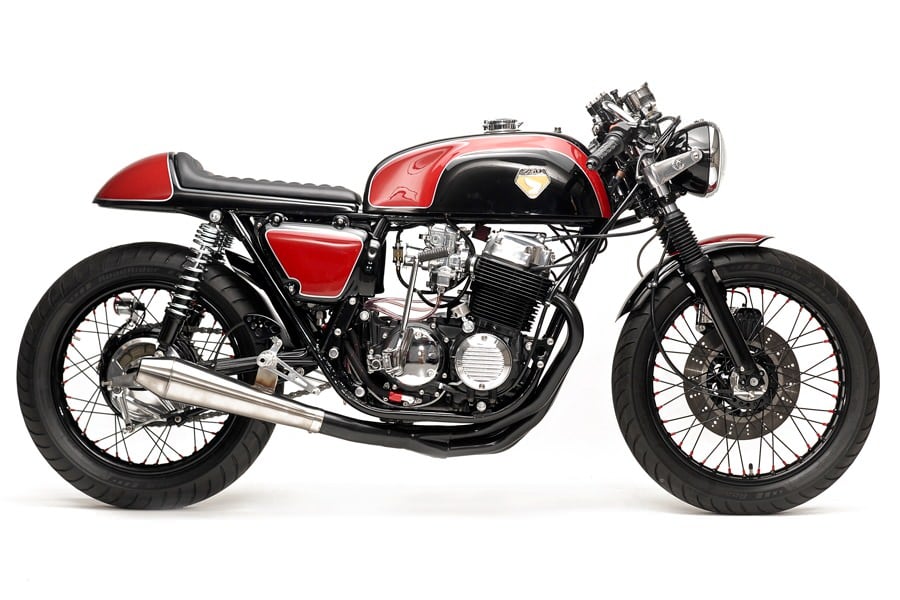 This stunning Honda CB750 cafe racer is the result of a collaboration between Dime City Cycles and Iron & Air Magazine, it was presented to the public for the first time at the The Barber Vintage Festival last week.

The elements used in the build of this rather handsome CB750 cafe racer are all available to buy via the Dime City Cycles web-store and all the major mechanical work was done by DCC owners Jason and Herm. We’ve featured some of their 2-wheeled creations here in the past including the beautiful Honda Shadow custom dubbed “Payback”, which still gets a load of web traffic every week.

If you’d like to read more about the bike and the see who won the competition click here. 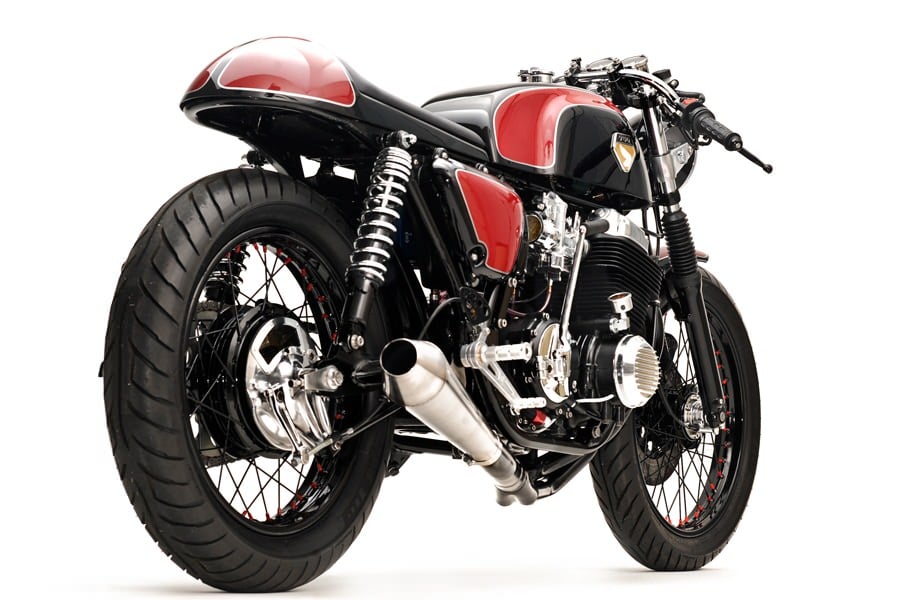 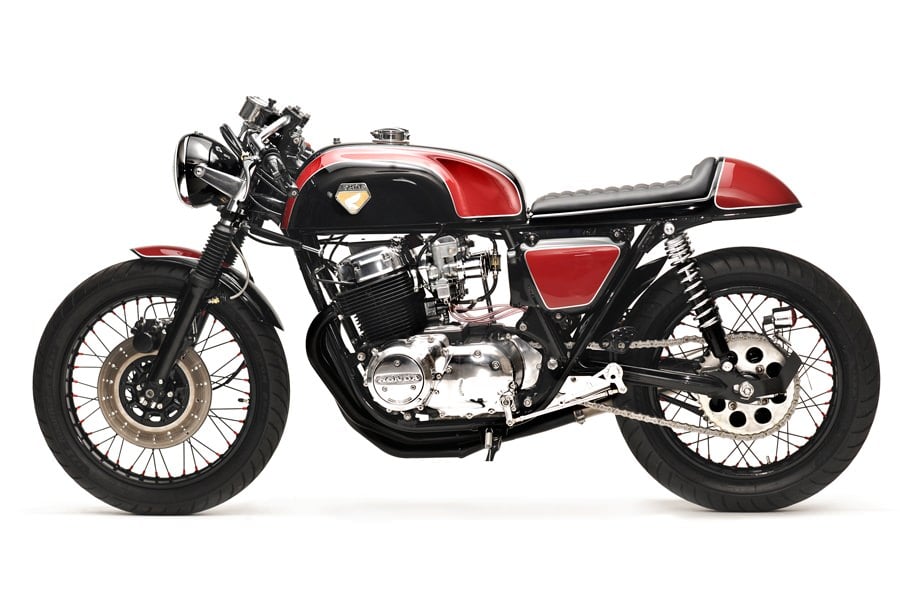 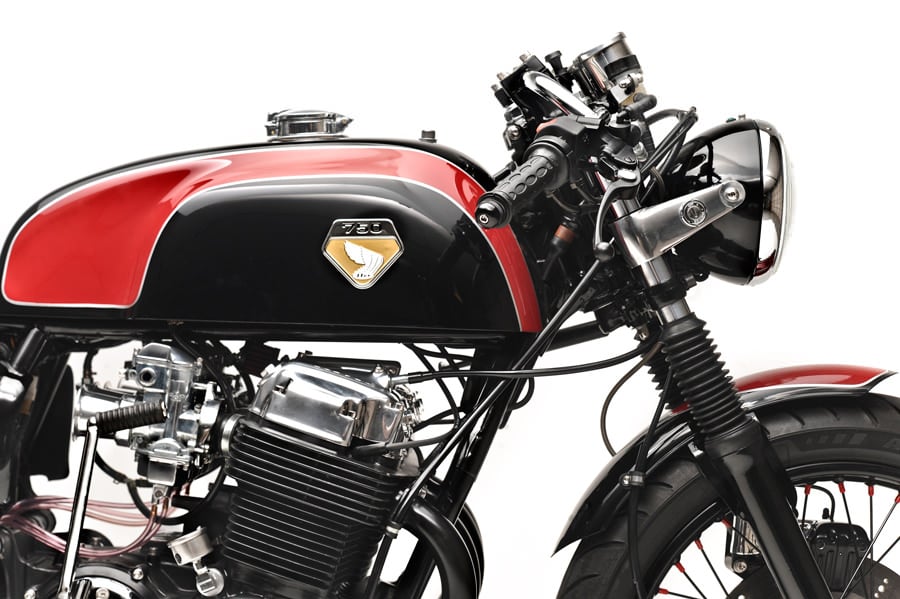