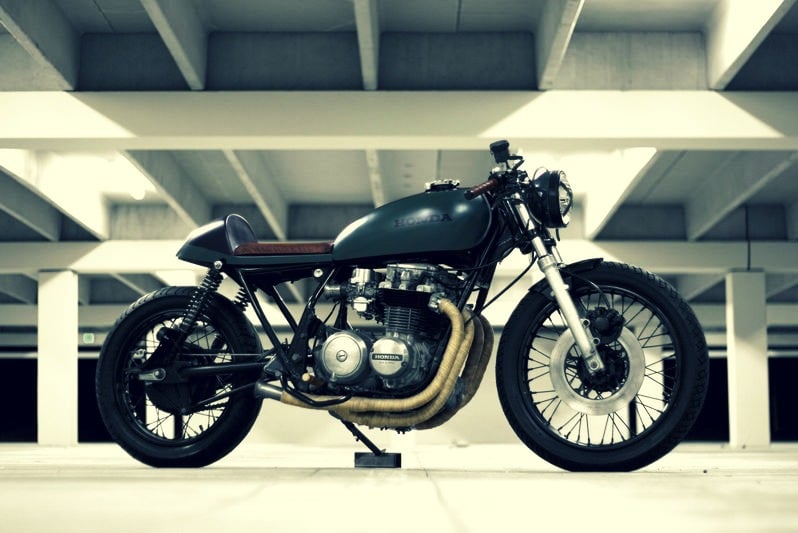 Ugly Motorbikes is a San Diego based custom motorcycle garage with a penchant for building exceedingly clean, light, classic café racers. This Honda CB650 is their latest creation, it’s been rebuilt from scratch into one of the more true to form cafe bikes we’ve seen in recent times and personally, I like it.

The bike’s had a very long list of tweaks, perhaps the most obvious of which is the fact that the battery and electronics module have been moved to a new home under that custom rear cowling. The fuel tank is a modified CB550 unit and the sub-frame has been modified and de-tabbed. The velocity stacks are a nice touch on this cafe racer, they’ve been custom etched and the overall effect adds significantly to the look of the engine. 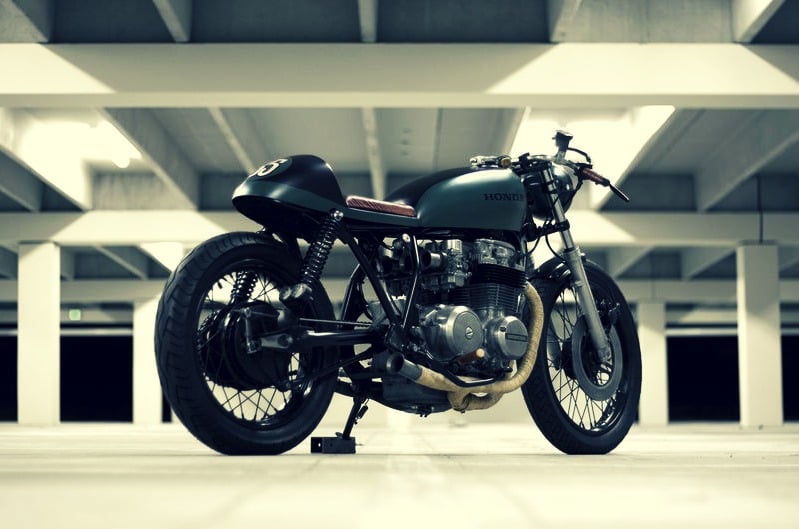 With leather wrapped grips and pegs, a mechanically sorted engine and an eye catching matte green paint job, this is one of the bikes I’d bid on myself if I lived in the USA.

She’s currently up on eBay, if you have a little room in the garage for a new bike and want to check out the auction, click here. 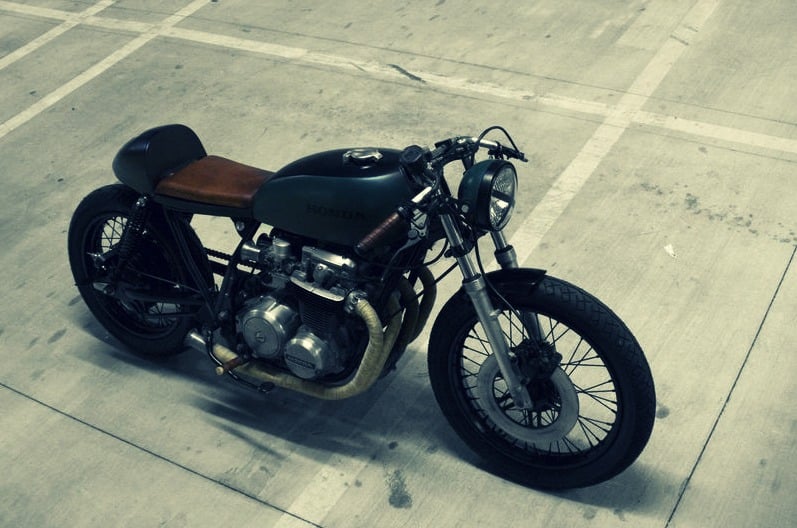 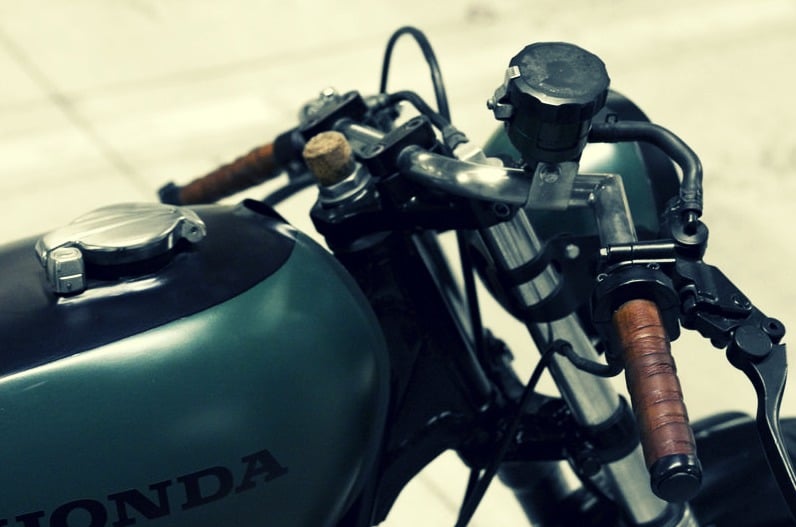 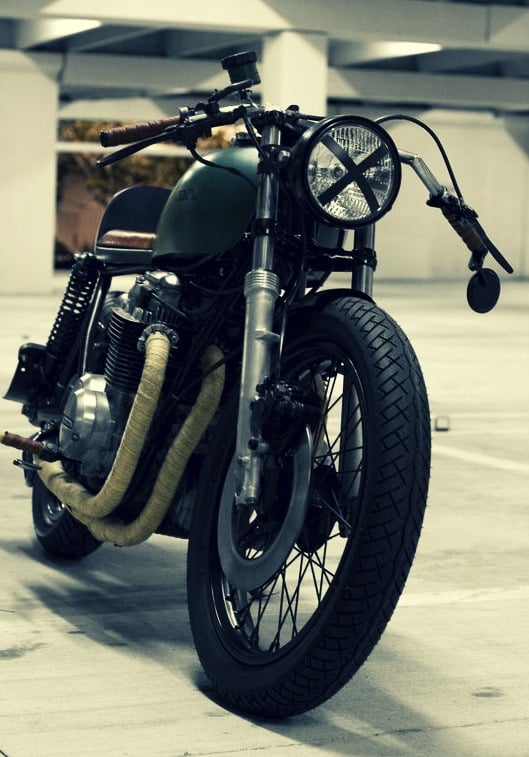 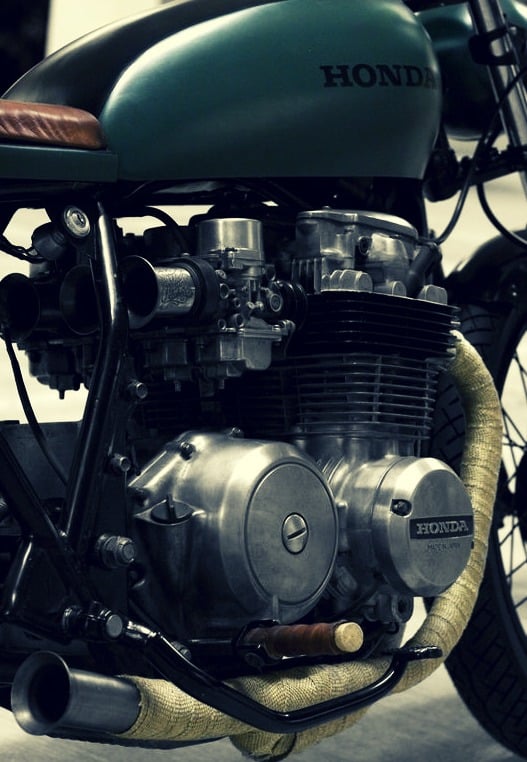