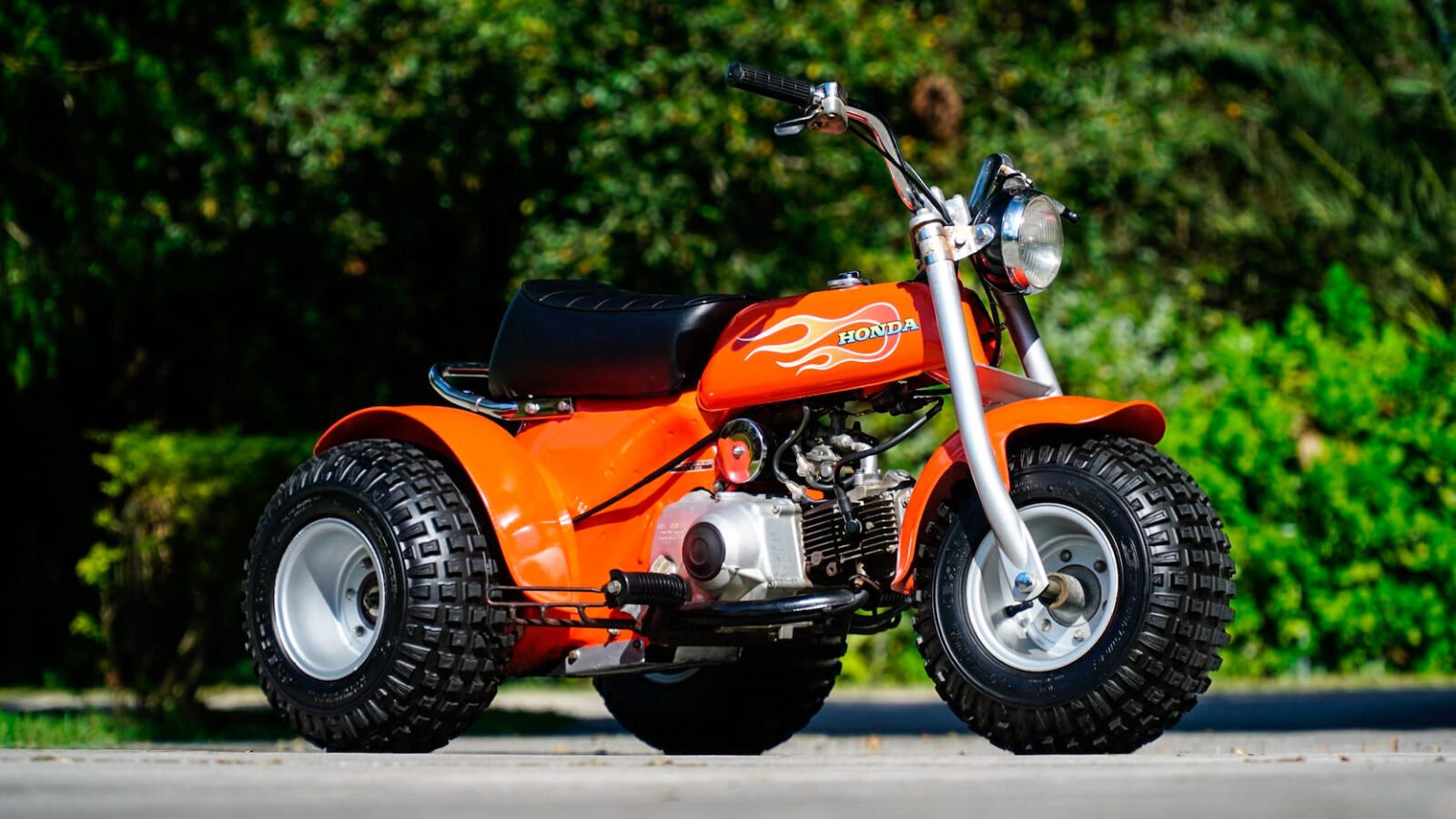 Although the Honda ATC70 and its siblings in the ATC model family looked almost comically harmless, they were deemed responsible for nearly 7,000 injuries per month, and hundreds of deaths in the United States at the peak of their popularity.

By the mid-1980s the US Government was on the verge of banning all three-wheelers and the Consumer Product Safety Commission financed an unprecedented $100 million campaign to purchase all unsold three-wheeled ATVs from dealers’ inventories and have them destroyed.

The reason these harmless-looking little bikes were so dangerous becomes apparent as soon as you ride one, particularly when you attempt a turn.

Due to the fact they only have one front wheel the bikes don’t have the stability that quads do, and unlike regular two-wheeled motorcyles you can’t lean a three-wheeler through the corners. 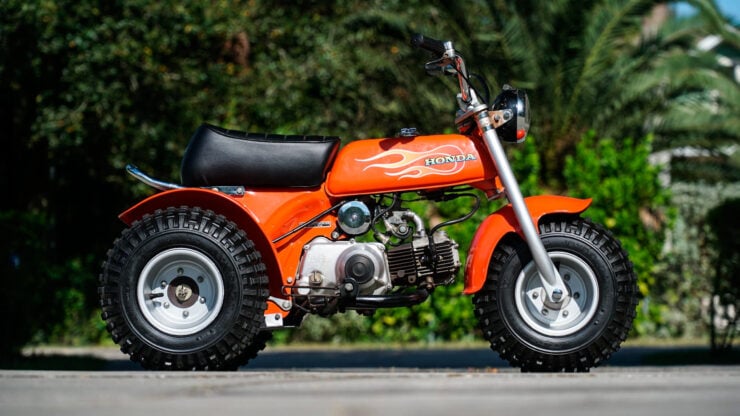 Above Image: The Honda ATC70 used balloon tires instead of suspension, and a simple single-cylinder engine slung under the pressed steel frame.

What happens when you try to turn a three-wheeler at speed is that the front wheel tries to turn while the rest of the bike tries to go straight ahead. This led to a slew of accidents, particularly among newer riders, and three-wheelers developed a reputation for broken bones and ER visits as a result.

The story for experienced riders was quite different. Riders who learned to hang off the three-wheelers in corners and lean them could achieve some genuinely impressive lap times on motocross circuits, and three-wheeler racing was a wildly popular sport in the 1970s and early 1980s as a result.

Honda began researching with three-wheelers back in the late 1960s, apparently as a way to give dealers in the United States something to sell during the quiet winter months. The first models arrived on showroom floors for 1970 and they quickly became popular from coast to coast, largely because they looked harmless, they were cheap, and both adults and kids could ride them.

The ATC70 first appeared in 1973, it had a slightly smaller engine and was slightly lighter, so it became the de facto model ridden by kids before it was stolen by their parents so they could go belt around the dunes and have some fun.

Honda introduced a number of models over the 1970s with engine sizes all the way up to 250cc on the ATC250. The Jackson 5 famously had a custom ATC70 built for their own use, which Michael was apparently very fond of. 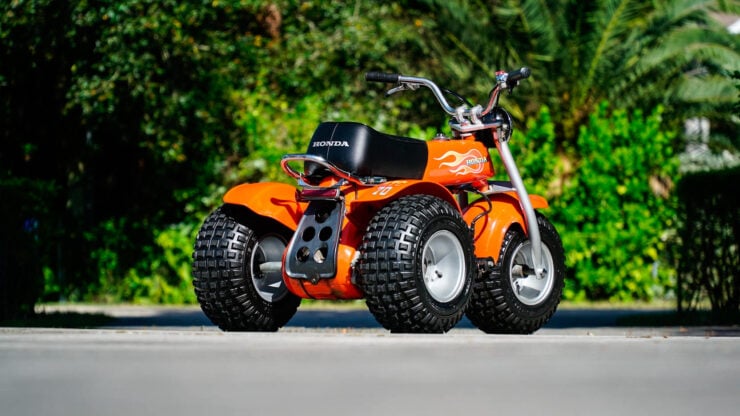 Above Image: This example has new tires, which is a bonus, as sourcing new tires can be tricky.

The frequent accidents caused by three-wheelers being ridden by inexperienced riders eventually drew the attention of regulators, and the manufacturers began focussing more on four-wheeled quad bikes to replace them. Although still dangerous in inexperienced hands, quads are considerably more stable and much safer.

The overwhelming majority of three-wheelers that were built now seem to have been scrapped or crushed. There are still some around though, including the one ridden by Sean Connery as James Bond on the film Diamonds Are Forever.

The beautifully preserved ATC70 you see here is listed as being in highly original condition, it has new tires and a new seat cover, the original flame decals, detailed original wheels, the original exhaust, and it comes with its original factory literature.

It’s due to roll across the auction block with Mecum this month, there’s no reserve on it, and if you’d like to read more or register to bid you can click here to visit the listing. 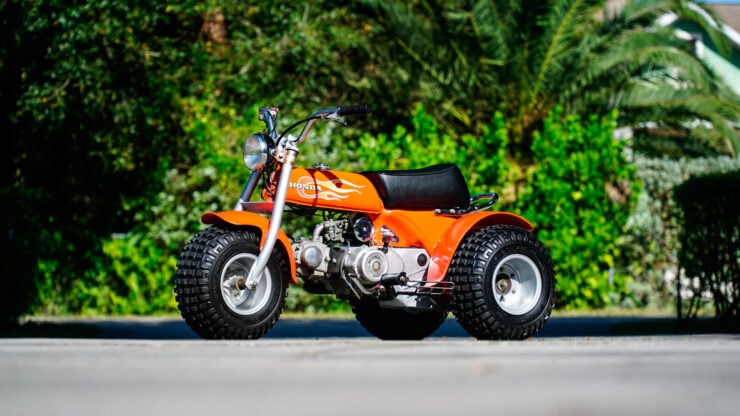 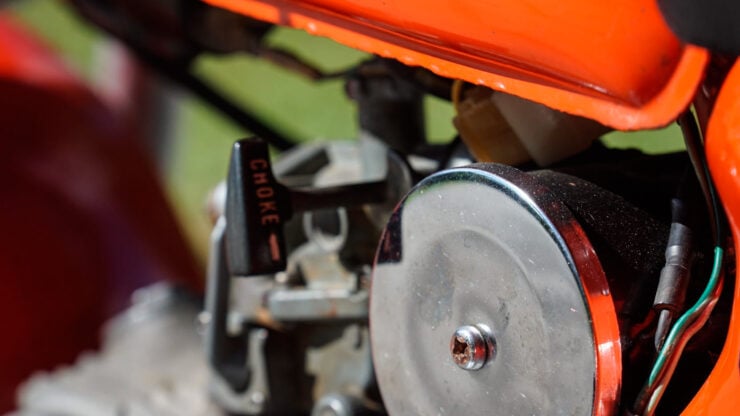 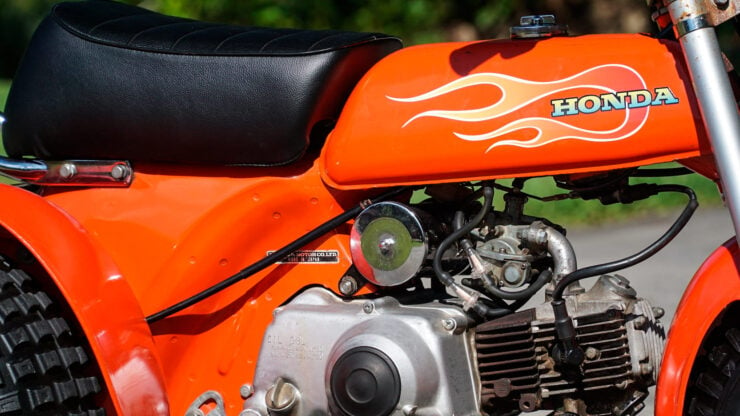 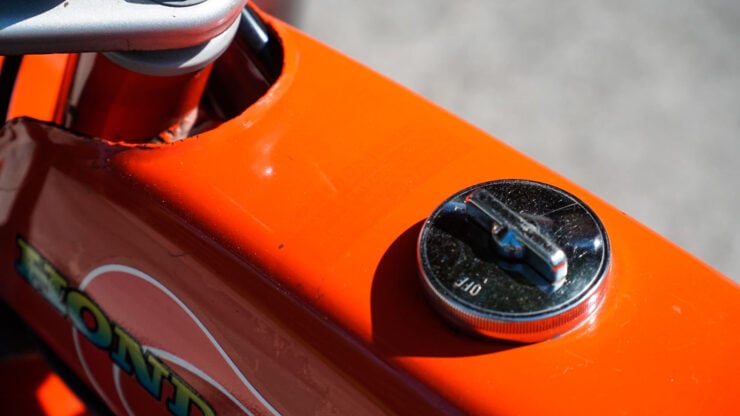 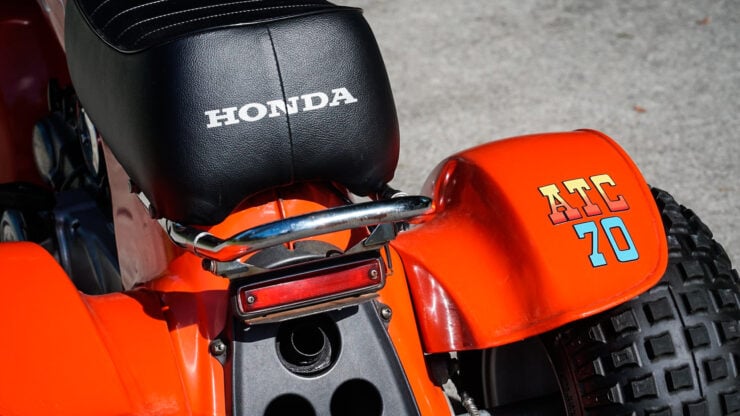 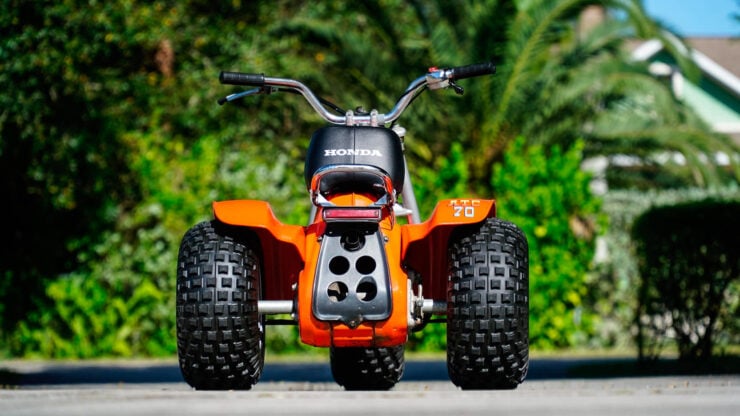 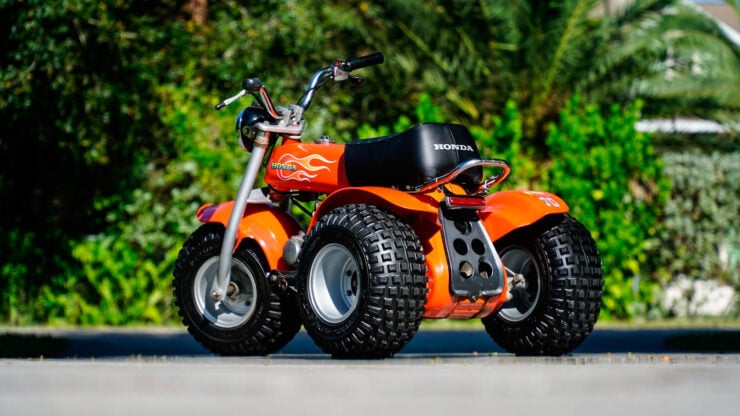 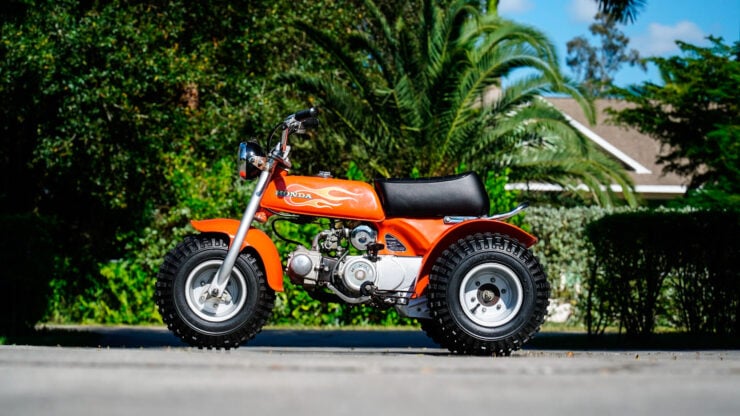