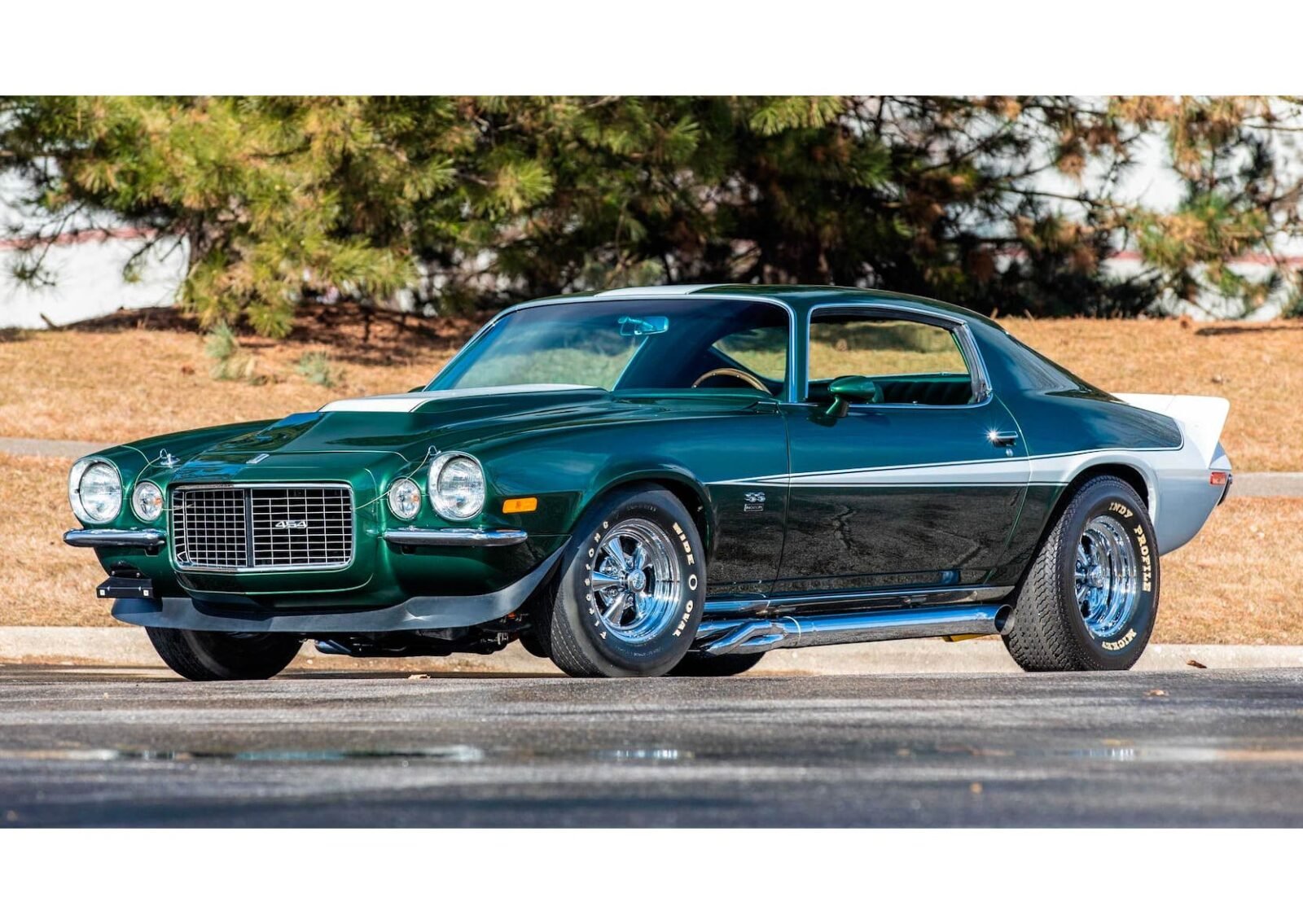 The cars built by Baldwin Motion were among the fastest semi-production cars in the United States in the ’60s and ’70s, they were so fast in fact that the DOJ and EPA shut the company down in 1974 with threats of $50,000 USD per car manufactured (in 1974 dollars) if the company didn’t comply.

The reason Baldwin Motion piqued the interest of the DOJ and EPA was said to be down to their habit of removing all emissions equipment from cars as part of their high-performance rebuilds.

The truth of the matter is a little more complex, this was the age of the Ralph Nader book “Unsafe at Any Speed”, and companies producing cars deemed too dangerous for the street were being targeted. 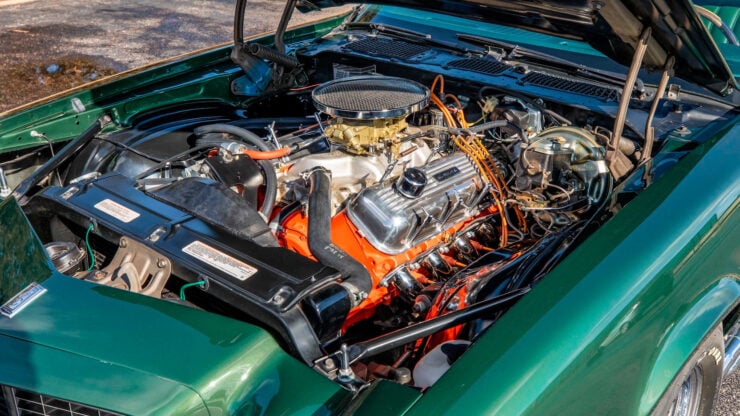 Although Baldwin Motion aren’t as famous as Roush, Shelby, or Yenko the work they were doing was arguably more impressive. In the late ’60s and early ’70s you could buy a Baldwin Motion Camaro or Corvette that was guaranteed to run the quarter mile in 11.5 seconds or less, or your money back.

“We think so much of our Phase III Supercars that we guarantee they will turn at least 120 mph in 11.50 seconds or better with an M/P-approved driver on an AHRA or NHRA-sanctioned drag strip. Phase III Supercars are completely streetable, reliable machines that will run these times off the street.” – Joel Rosen, Baldwin Motion

Baldwin Motion had been formed in 1967 with the partnership of Baldwin Chevrolet based in Baldwin, Long Island, New York, and Motion Performance – originally founded in a Sunoco service station in Brooklyn, New York. The two companies combined their resources to offer highly-modified Chevrolets right off the dealer showroom floor, with the same full factory warranty enjoyed by any other Chevy.

Among the cars offered by Baldwin Motion were their famous special-bodied Phase III GT Corvettes and the car shown here, the Baldwin Motion Phase III Camaro. Other vehicles on offer included highly-modified Novas, Chevelles, and Biscaynes. 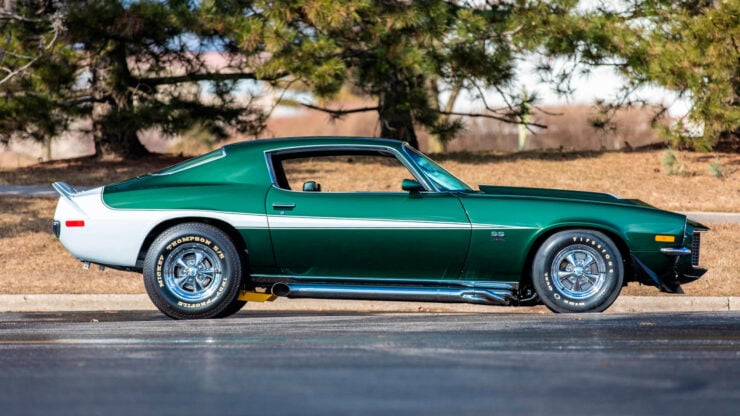 Above Image: The purposeful suspension set up used on the car was designed specifically for drag racing, however the cars were are streetable and 100% road legal.

An article about the Baldwin Motion 454 Motion Super Vega in Car Craft magazine titled “King Kong Lives On Long Island” would prove unintentionally disastrous for the company, it caught the eye of people at the EPA and eventually brought the hammer down on the whole enterprise.

After much legal wrangling a $500 fine was paid and Joel Rosen promised not to build anymore wild customs for American roads. He got around the restrictions by building cars for export or race track use only, but this severely limited his customer base and eventually the company had to stop operating.

The car you see here is an original 525 hp Baldwin Motion Phase III Camaro that has been painstakingly restored by Scott Tiemann of Supercar Specialties in Portland, Michigan. 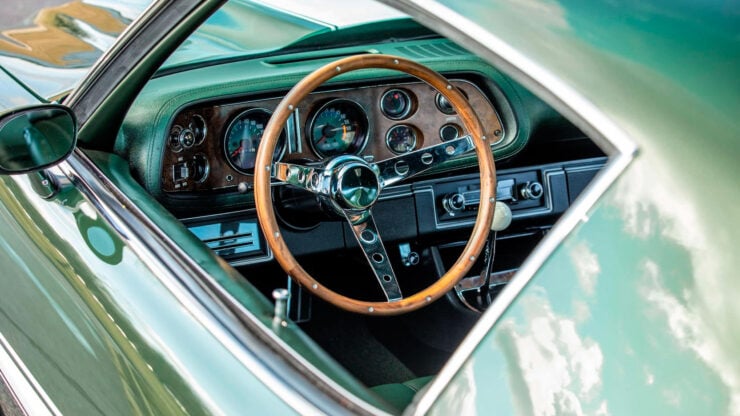 Above Image: The interior of the cars remained largely unchained, and there was little to tell you you were sitting in a 525 hp tire-melter.

The Baldwin Motion fitted each Phase III Camaro with a worked 454 cu. in. LS6 V8 producing over 500 hp and sending power back to the rear wheels via a M21 4-speed transmission and a 12 bolt Positraction rear end with 4.10 gears.

No two Baldwin Motion cars were ever identical due to the way they were built to customer specification, this car has a COPO 9796 tall rear spoiler, a COPO aluminum intake, an ultra flow air cleaner, Phase III valve cover and retainers, the Super Bite suspension kit, Hooker headers and side pipes, Cragar SS wheels, a Motion hood with pins, Motion stripes, and it was previously part of the Les Quam collection.

If you’d like to read more about this car or register to bid you can click here to visit the listing, it’s due to be offered by Mecum and at the time of writing there’s no auction estimate. 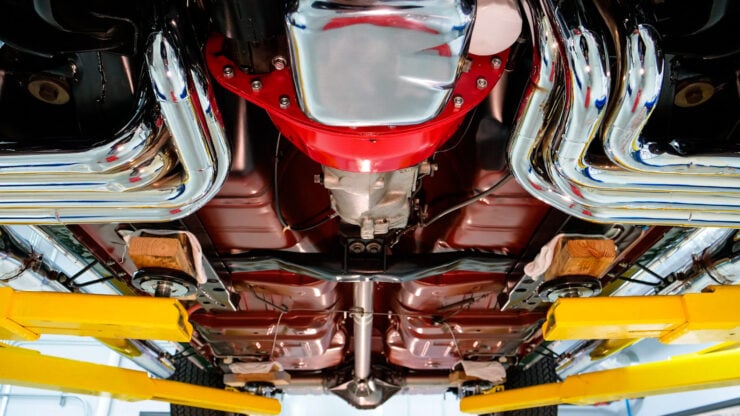 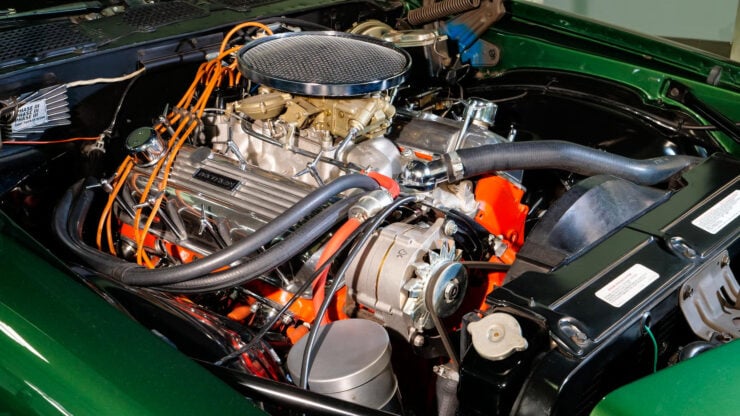 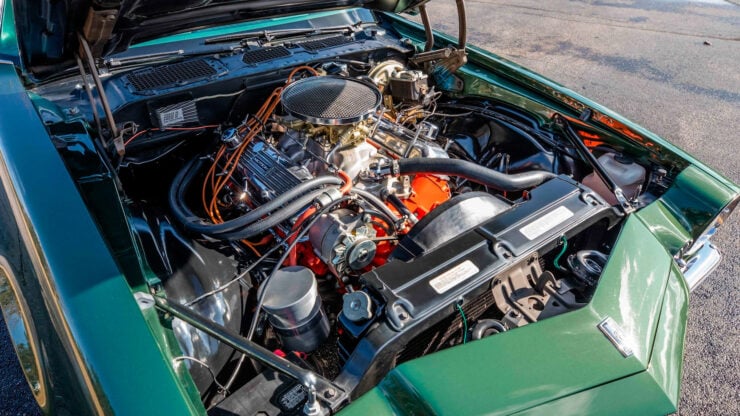 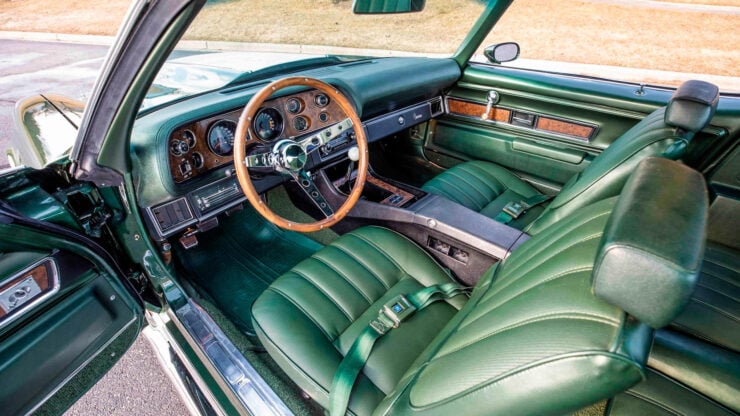 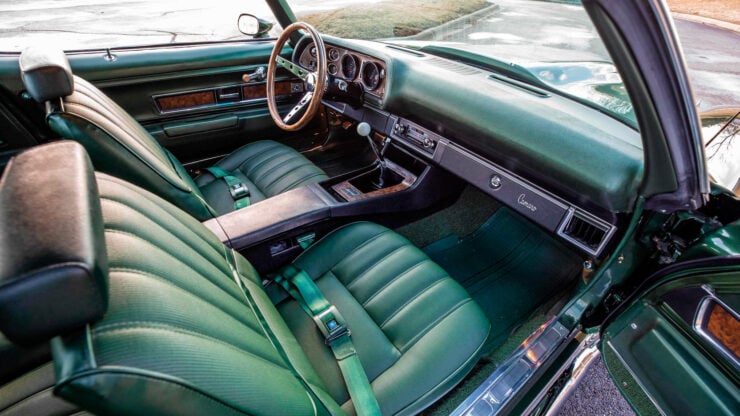 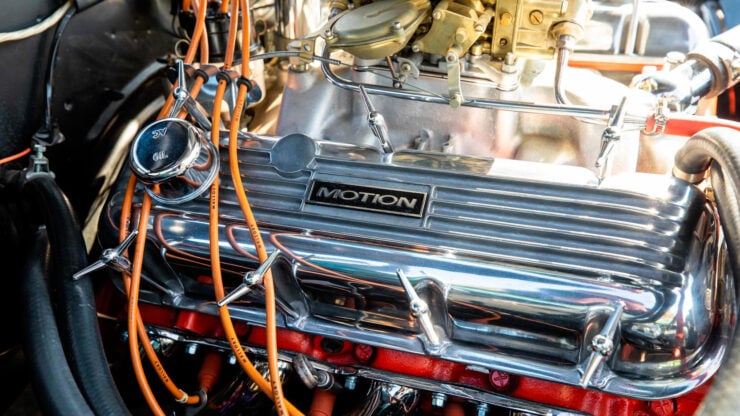 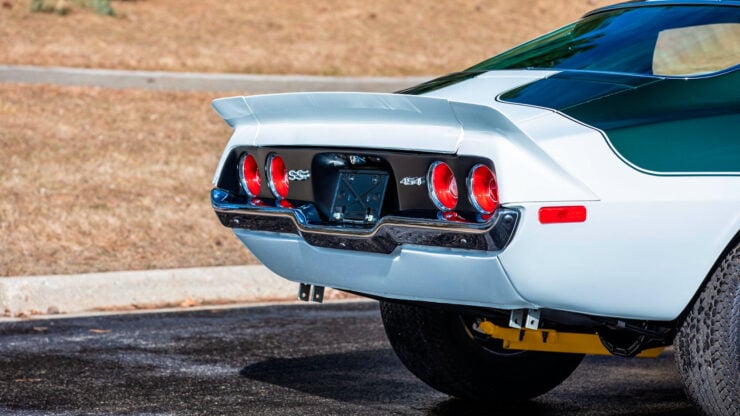 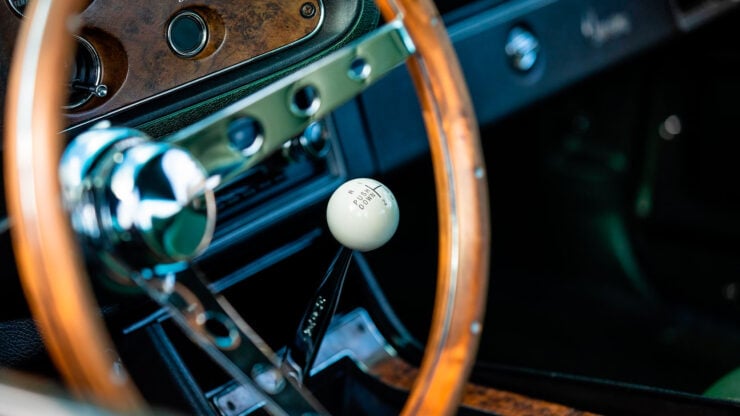 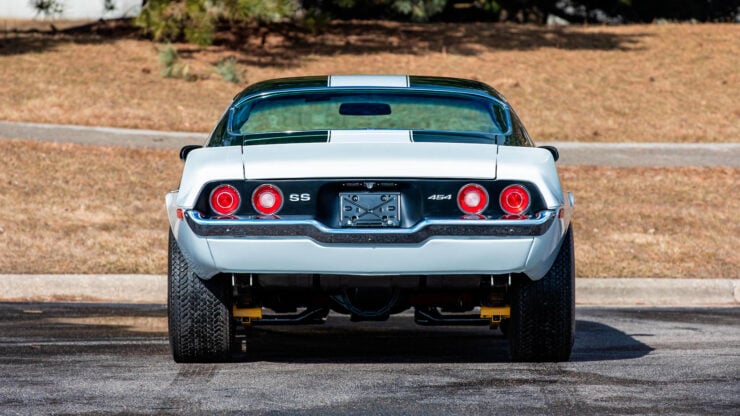 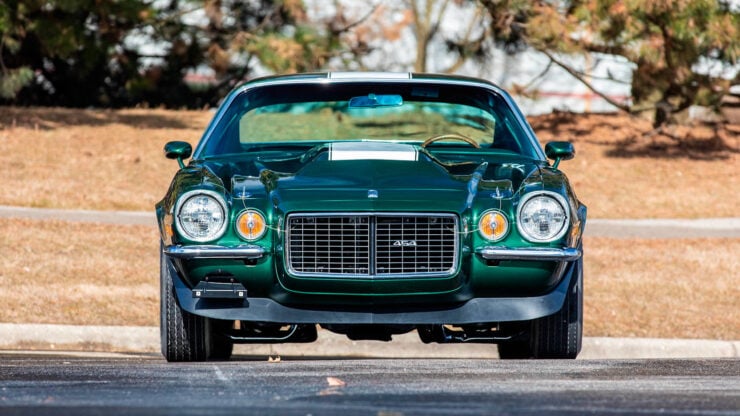 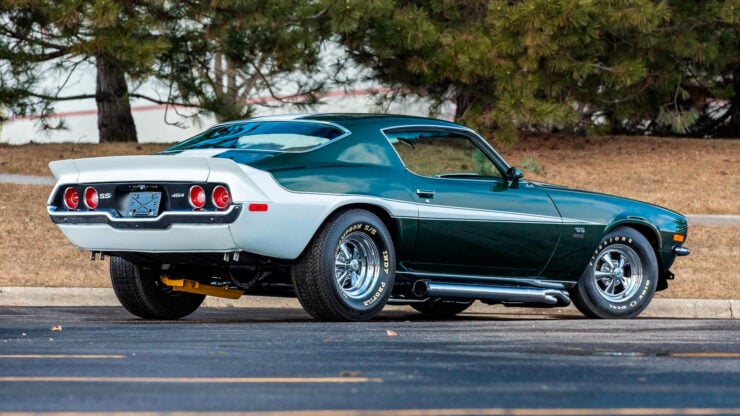 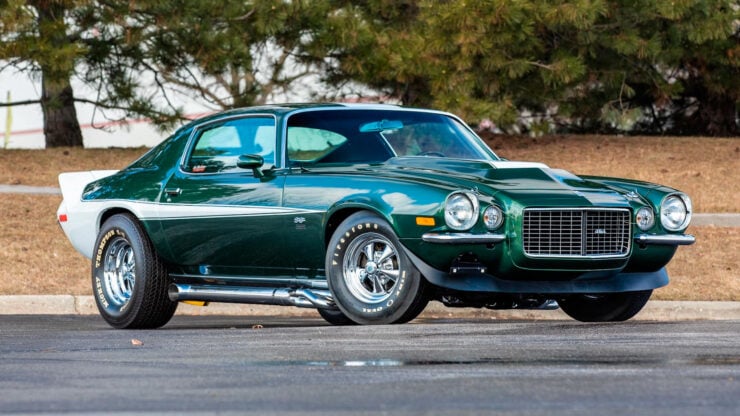 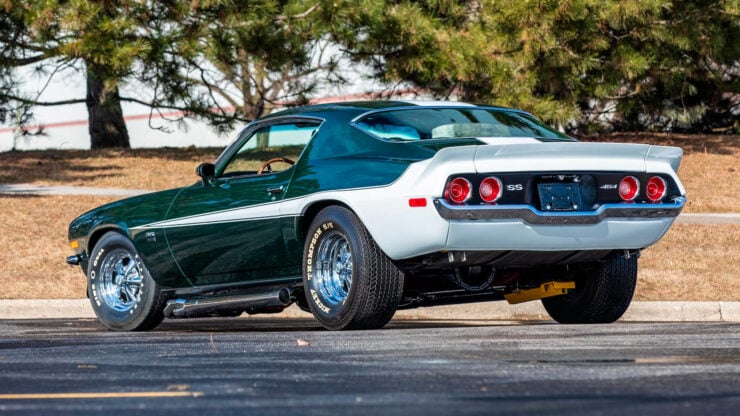 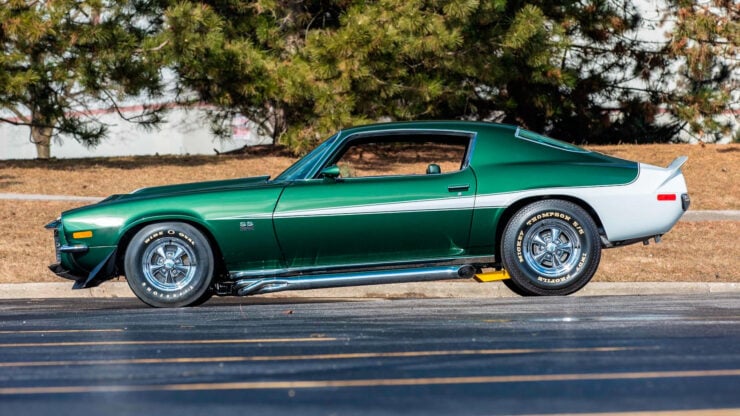