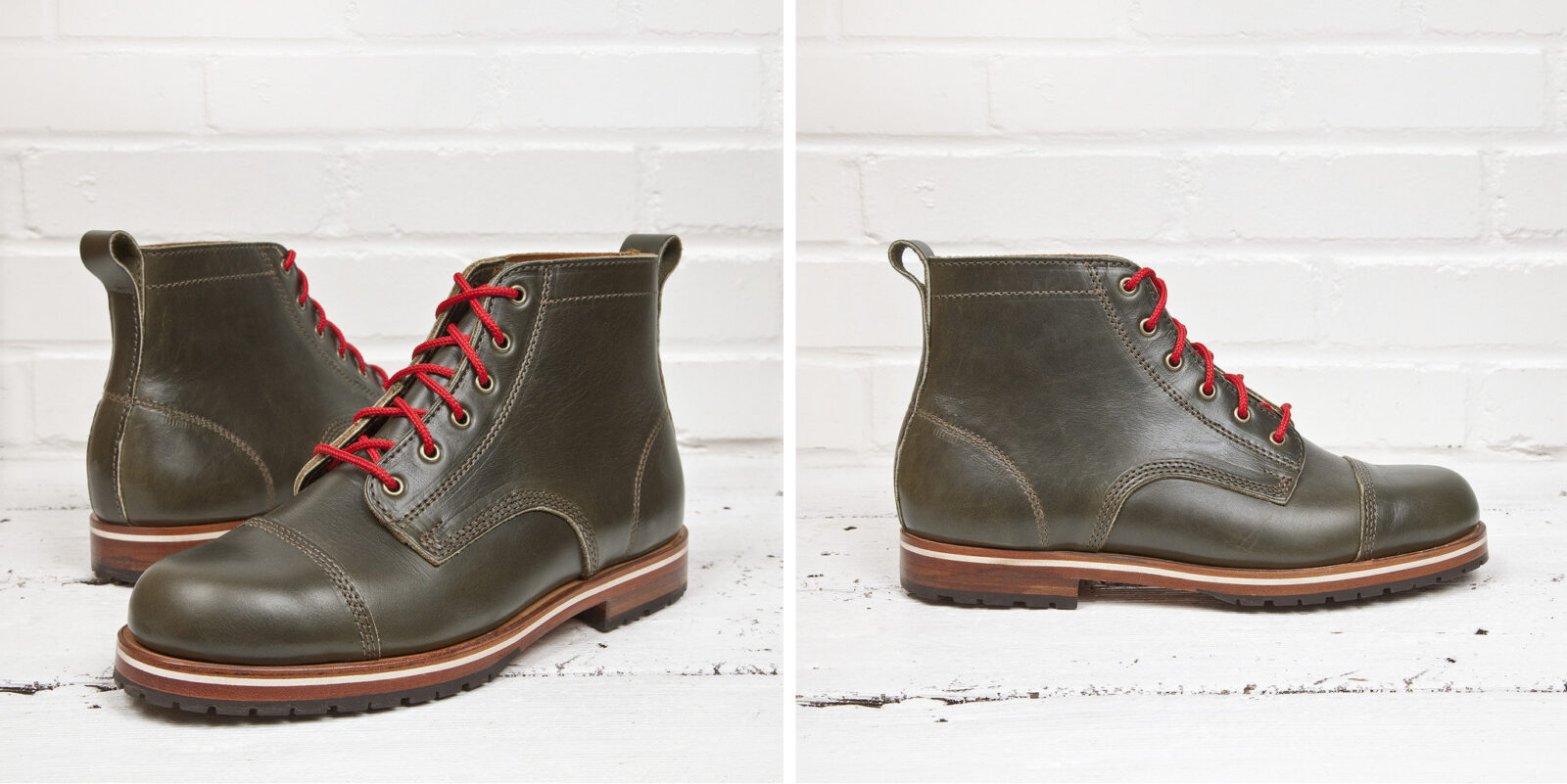 Helm Boots is a small company that takes pride in making all of their wares in the United States using classic American made Horween Chromexcel leather, brass eyelets and Blake Rapid Stitch construction. The choice of olive green is unusual in a boot like this, but it works well with the white pinstripe across the sole and red laces (although the boot is offered with brown laces for the slightly less adventurous).

These are the kind of boots our grandfathers wore while they built the country, wooed our grandmothers and raised our parents. Properly cared for you can expect these boots to last well past the next return of Halley’s comet, they’ll slowly get better looking with age and patina, and you can expect them to get more comfortable with time, as the Horween leather moulds to there shape of your foot. 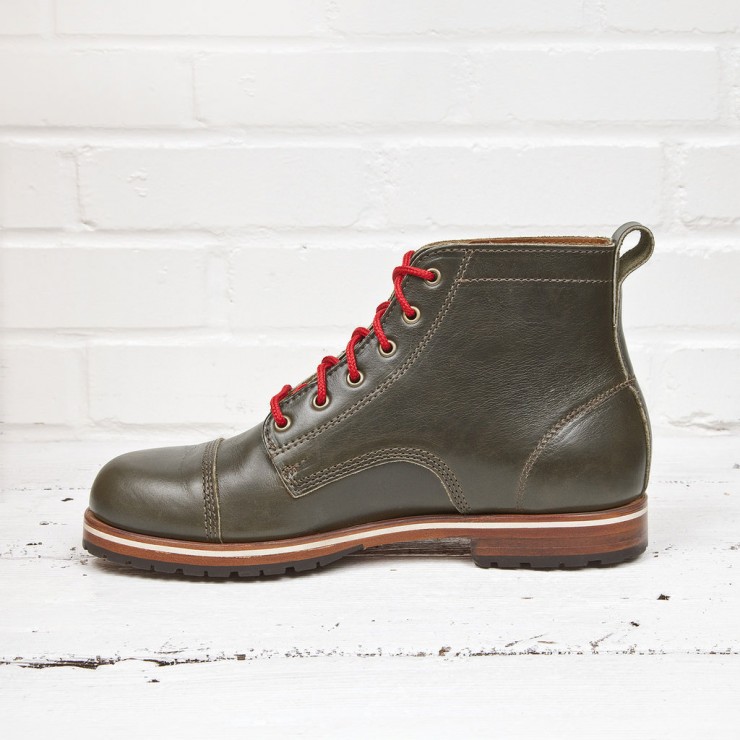 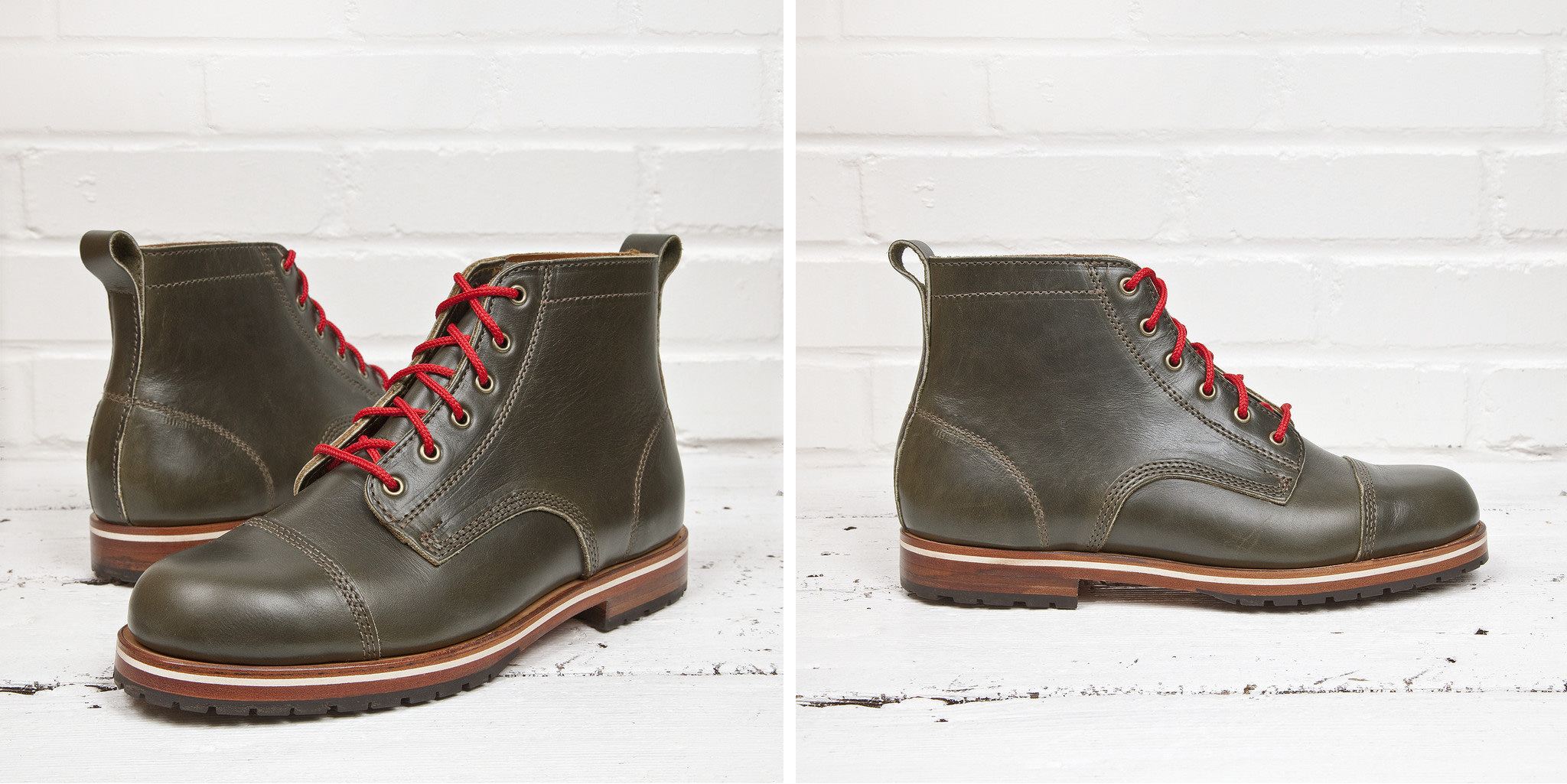