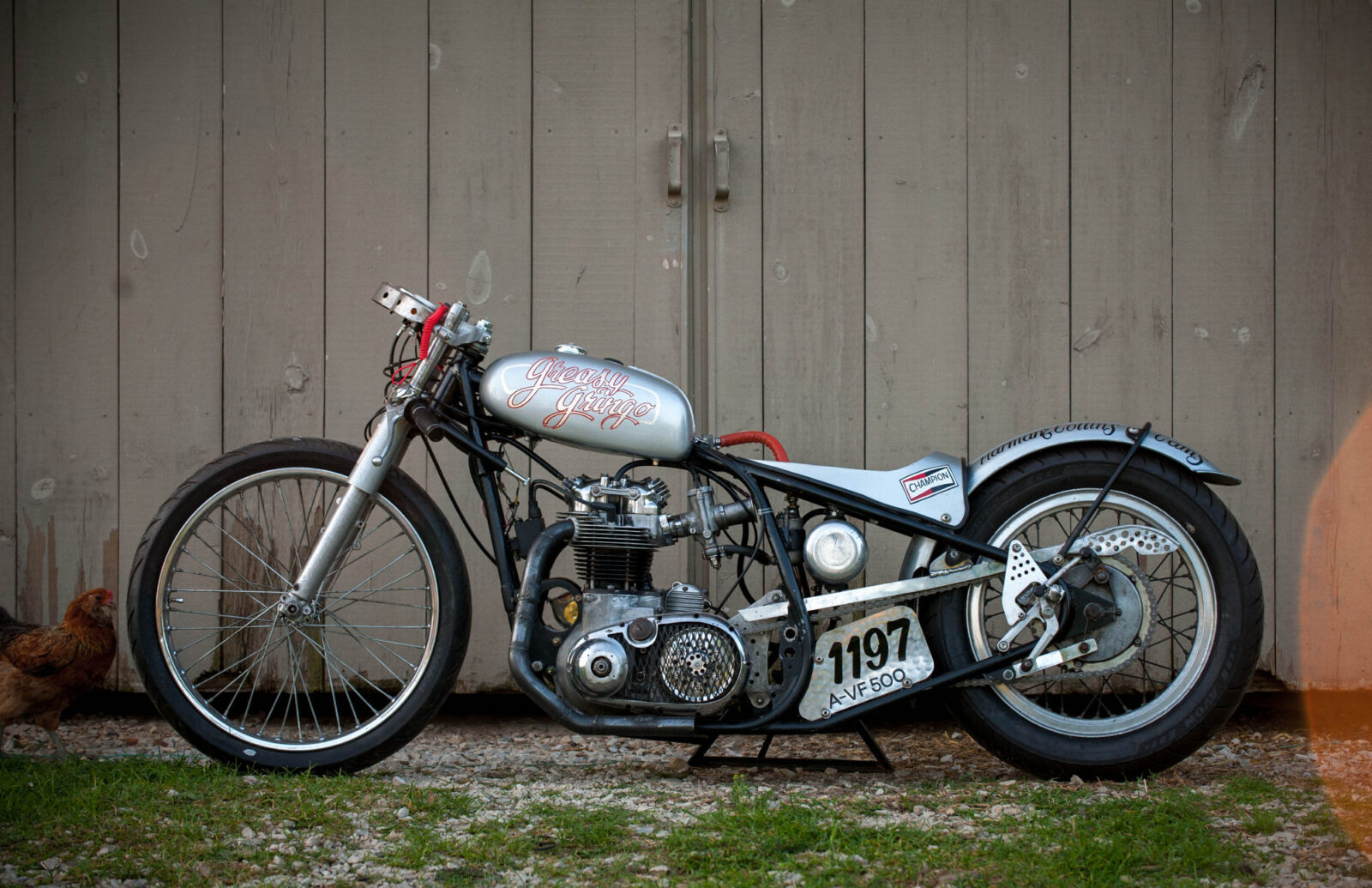 There’s something unusual about the salt flats at Bonneville, for some reason the sodium from this location in Utah inspires some of the most jaw-dropping amateur engineering on earth – the veterans call it “salt fever” and once you’ve got it, you’ve got it for life.

One such sufferer of salt fever is Dan Daughenbaugh, a remarkable man capable of backyard engineering at a world class level. His current project centres around a 1951 BSA Star Twin engine that he’s rebuilding and re-engineering into a world record capable salt flat racer.

Rather than dilute his words by retyping them, I’ve decided to format them and add them below, so you can read the story of how this bike came to be. A team of filmmakers has united behind Dan and they’re currently raising funds to create a documentary surrounding him and his BSA Star Twin called “A Line in the Salt”, if you’d like to see the trailer and kick in a few bucks to help, you can click here to visit the campaign on IndieGoGo.

“About the summer of 2011 I was beginning to toy with the idea of building a bike to race at Bonneville. I had been involved a little with other forms of motorcycle racing but never as a competitor. I had begun to assemble parts. The front frame loop I traded a guy a Harley wheel.

The bottom of the loop was rusted through the tubes. David Bird made the rear loop and I welded it up in my shop on a homemade frame-jig. The front end is a Honda CL350 that I machined the trees to fit the head tube. I had to machine an axle to use the spool wheel in the Honda fork legs. The suitable pre 1956 motor for the class I wanted to be in was found after a local shop had burnt to the ground.

A few days later they had a Fire Sale and there it was blackened and charred, all the pot metal parts had melted off but the cases were still good! The motor is a real mongrel inside. The stock crank had been know as a week link from when they were new and at the power levels I wanted to make would surely fail. I got to machining a later crank from a 70’s lightning in my garage to fit in the early cases.

With that done I wanted to use longer rods to lower piston speed and take advantage of less rod angularity. I settled on Carillio Triumph 650 units hat were 1/2 inch longer than original. These had to be narrowed .160 on the big end to fit the crank. Nothing like milling away on brand new $600 rods. With those fitted Im running Triumph trident pistons in STD size.

There is a .063 spacer under the barrel to keep the pistons from hitting the head Compression comes in at 13.6:1 and I run it on a Methanol/Nitromethane mix. The camshaft is a Harmon and Collins roller unit that was made in the 60’s, I have never seen another one. I made the pushrods out of aluminum and the valvetrain is a mix of modern ford V8 parts and Titanium pieces.

The rocker arms as well as many other internal parts have peen polished to reduce windage and stress risers. Since the race In Ohio I have rebuilt the top end, made a new stainless 2-1 exhaust, rebuilt the trans complete machining the trans case for better bearings and upgraded the wheel bearings. Im hoping with the new upgrades and additional room we will go well above the current 111mph record.” 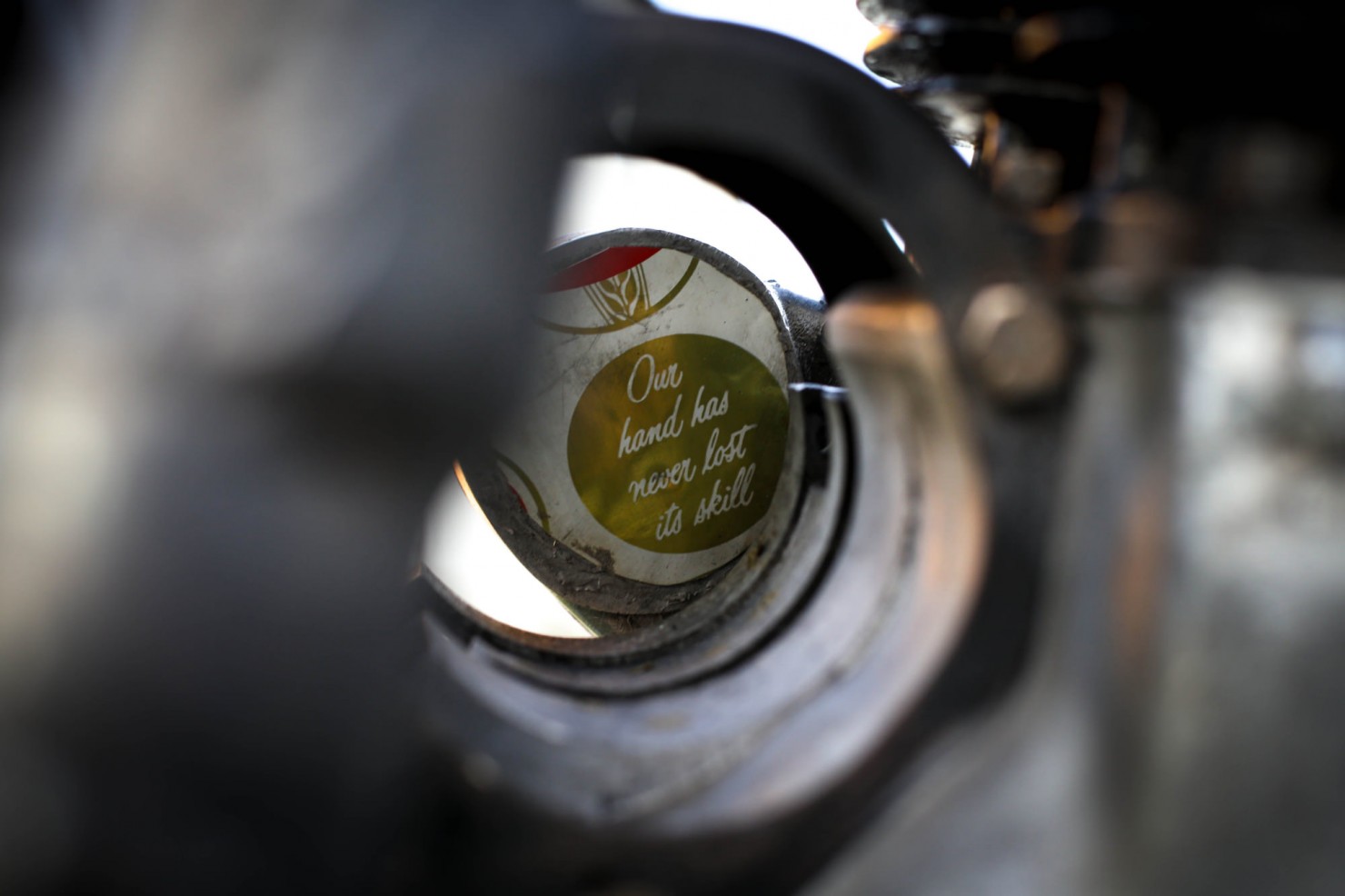 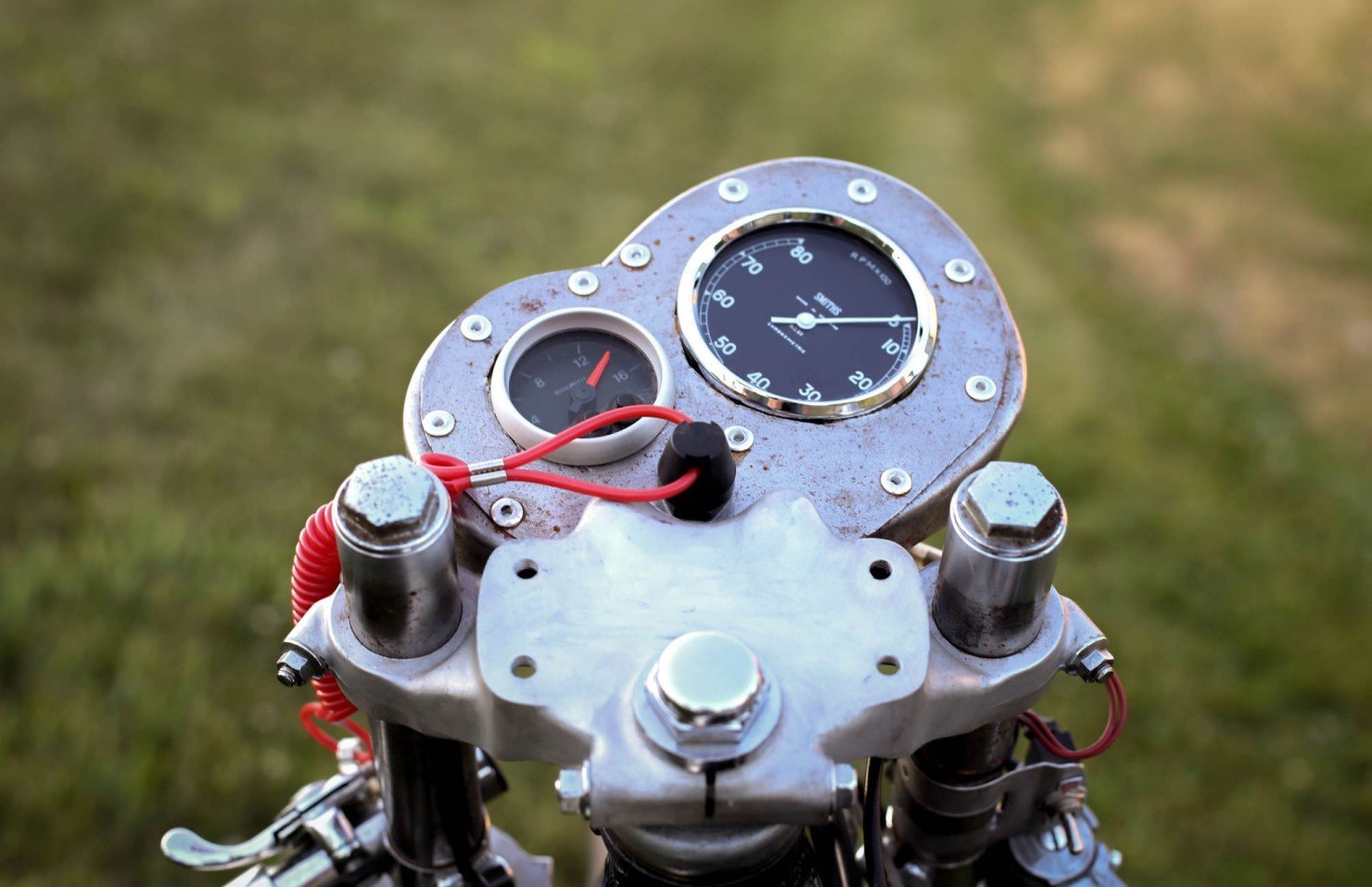 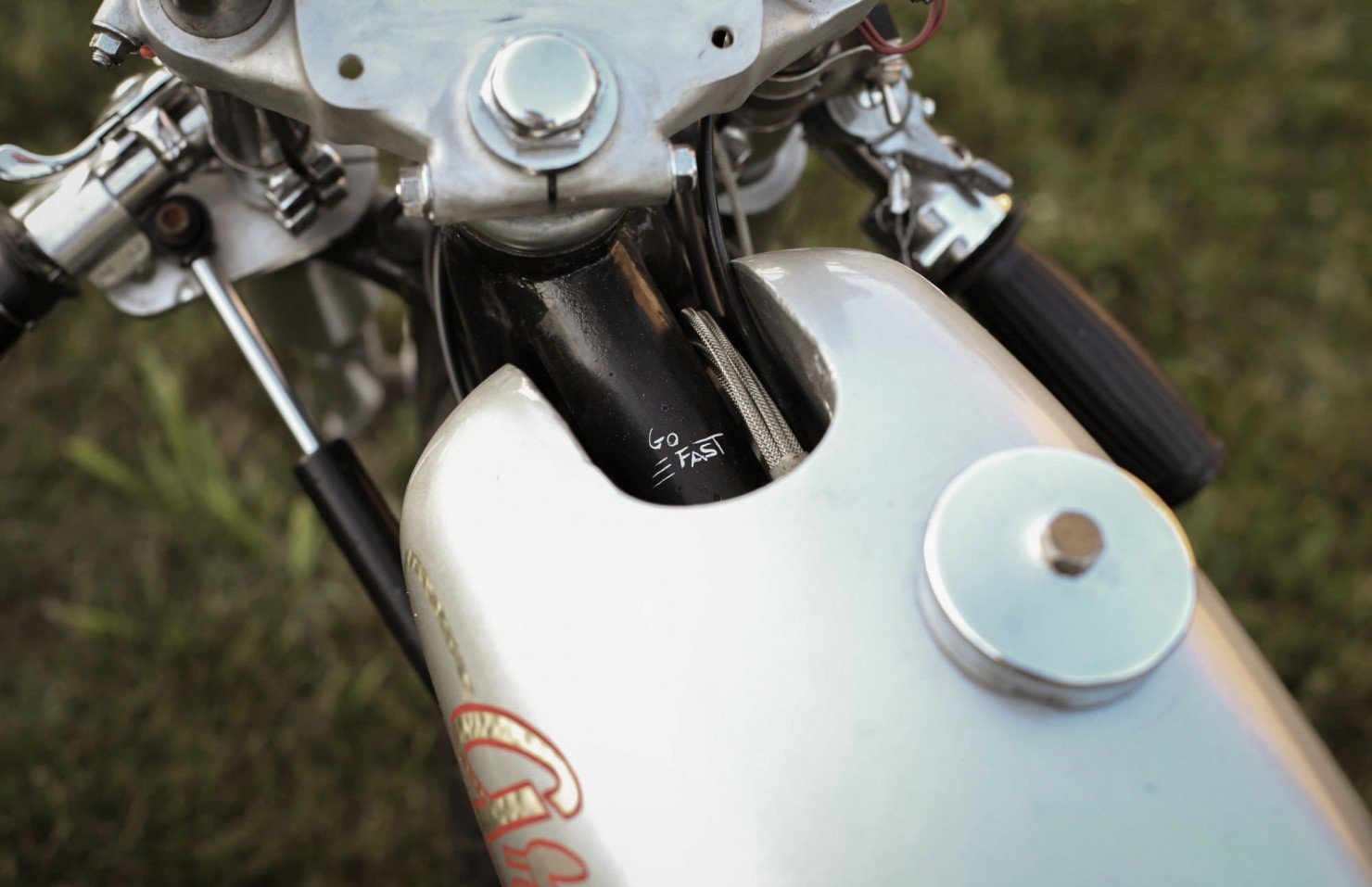 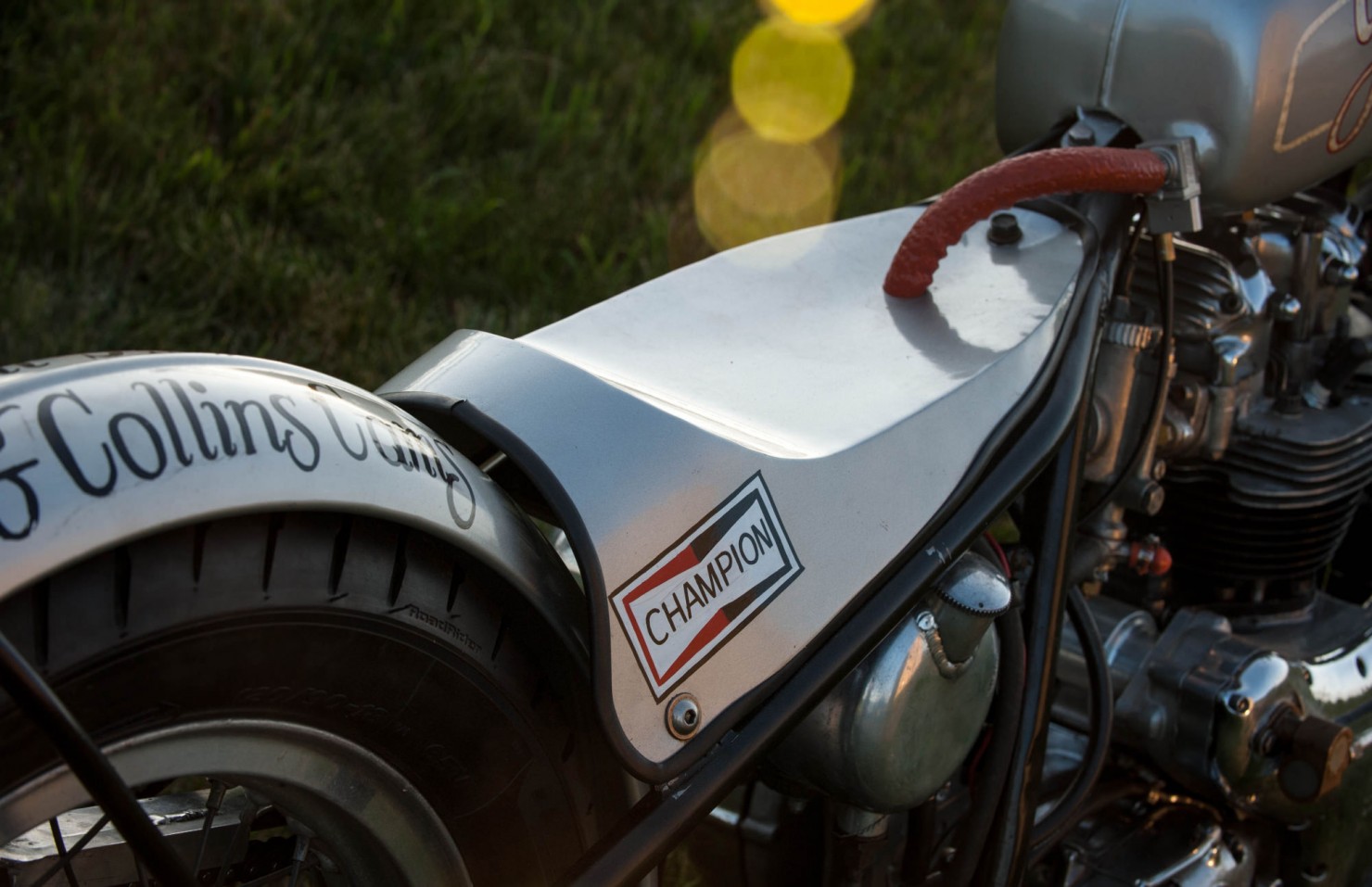 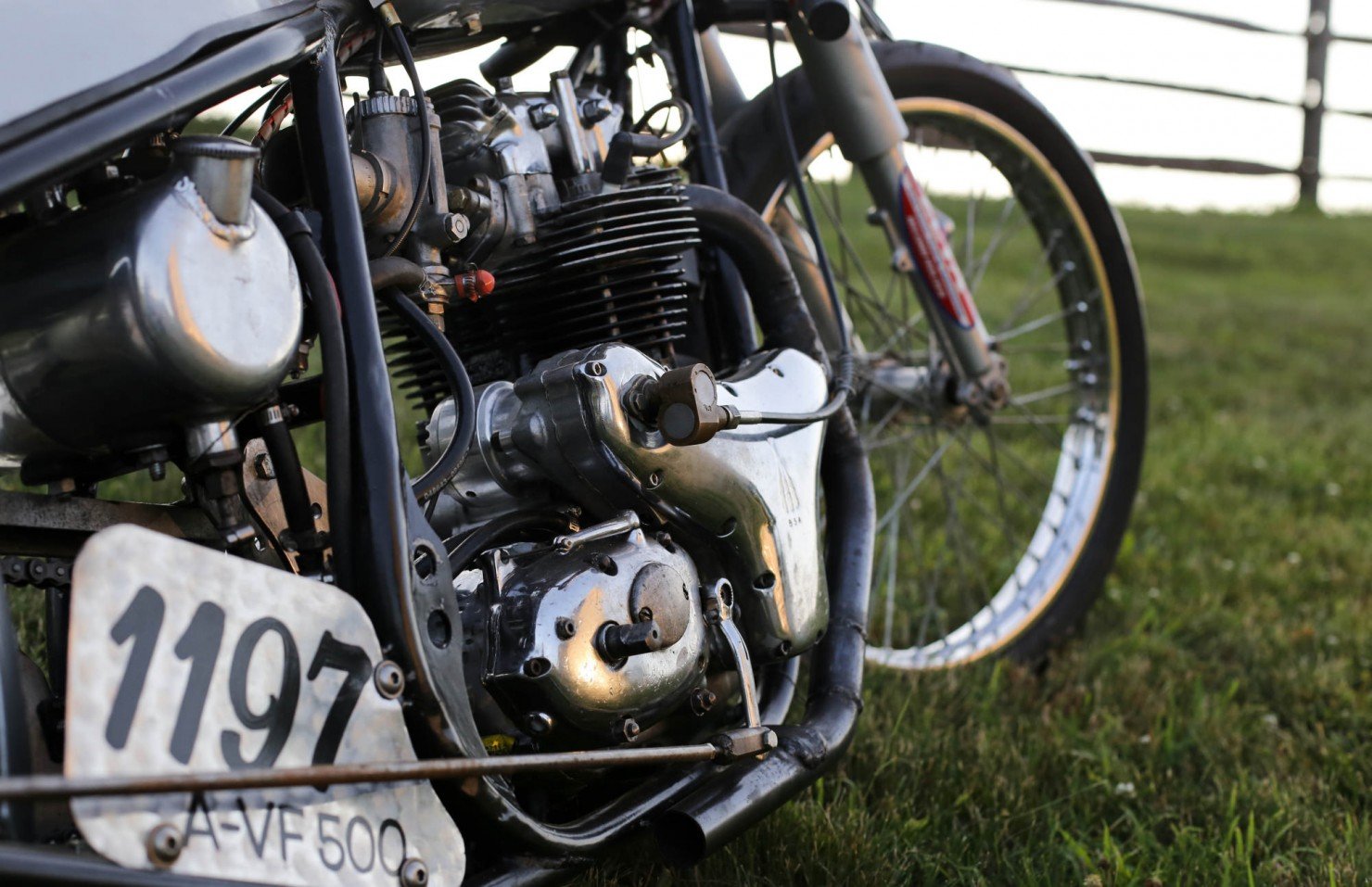 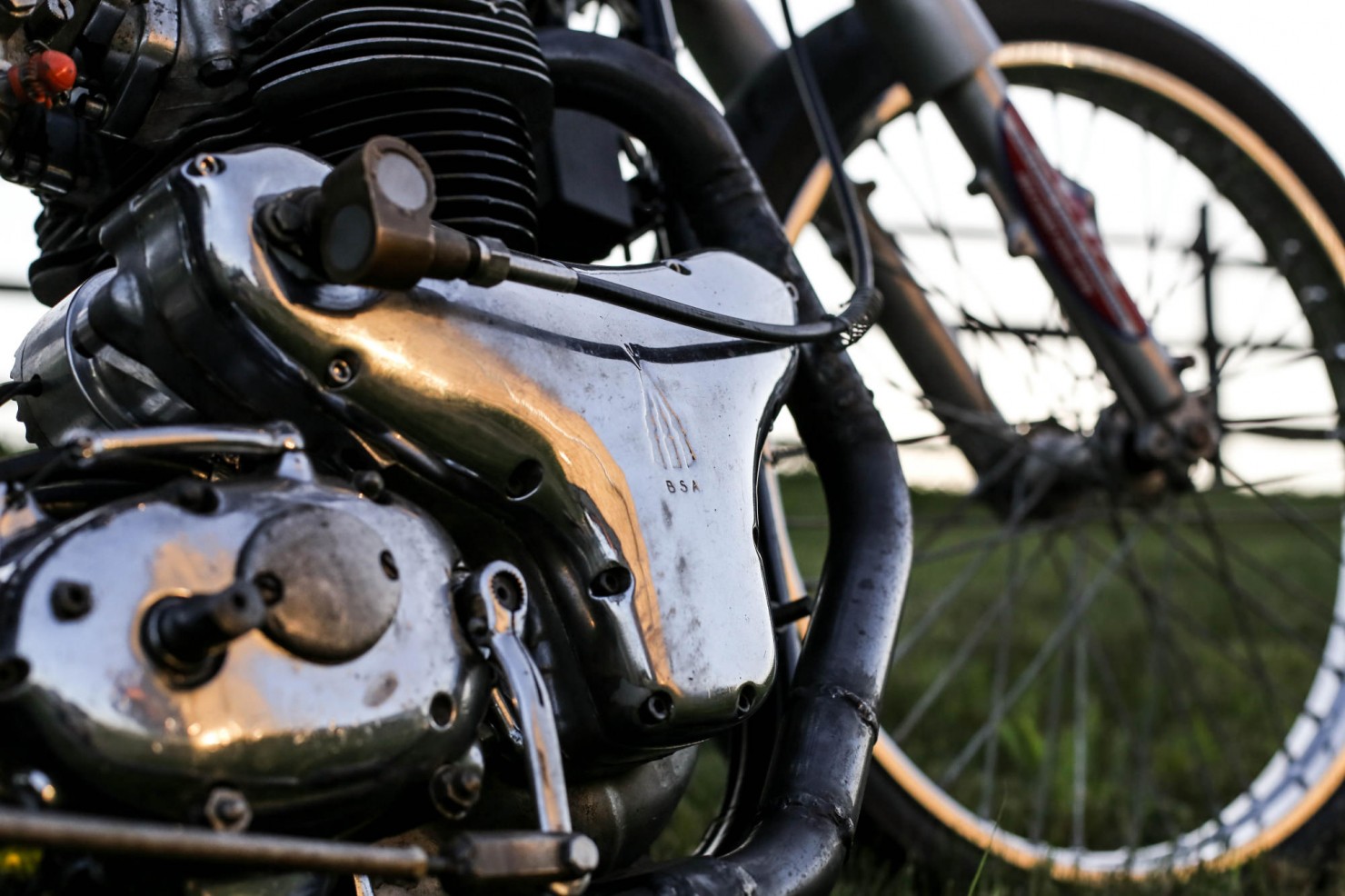 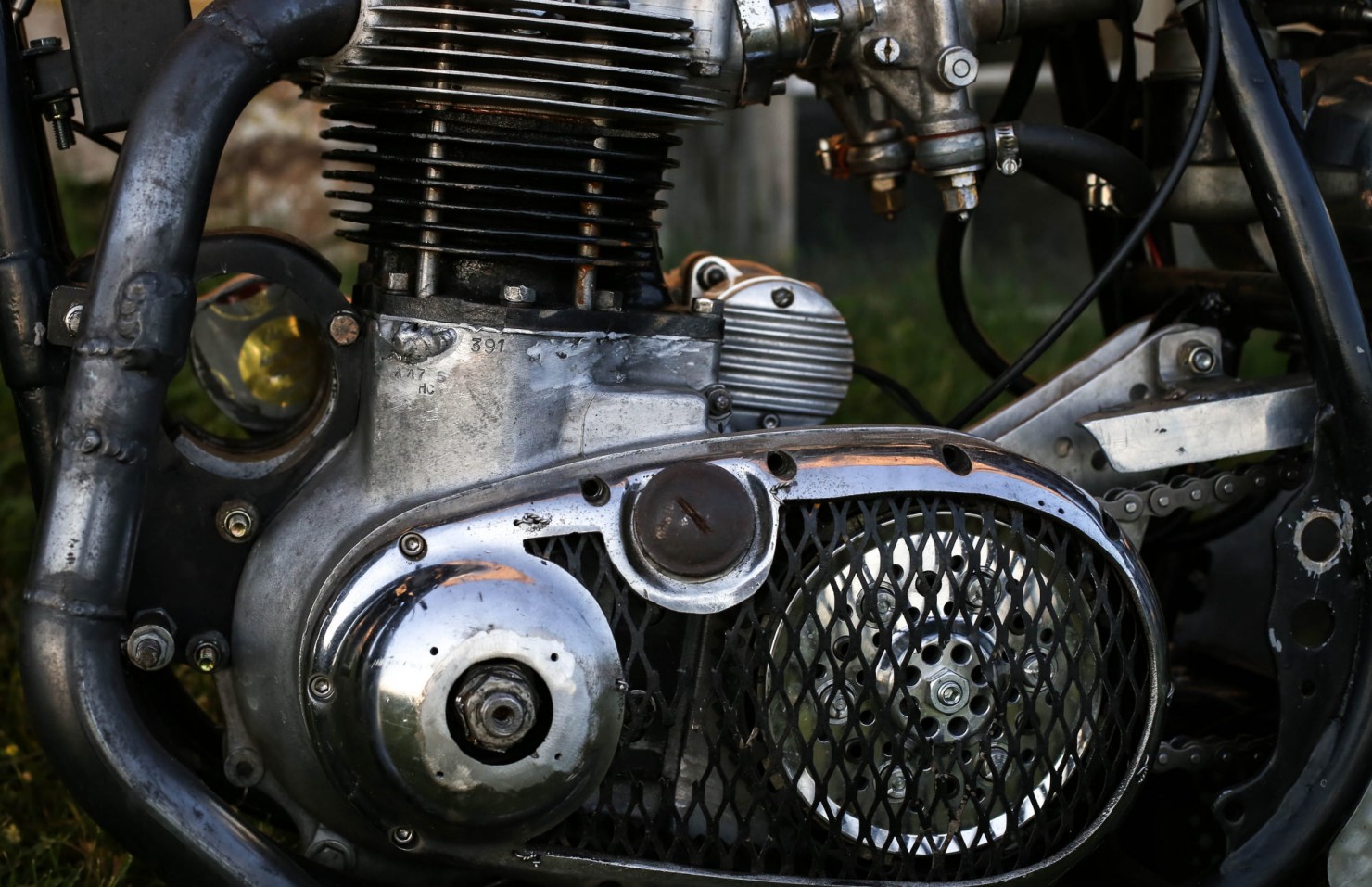 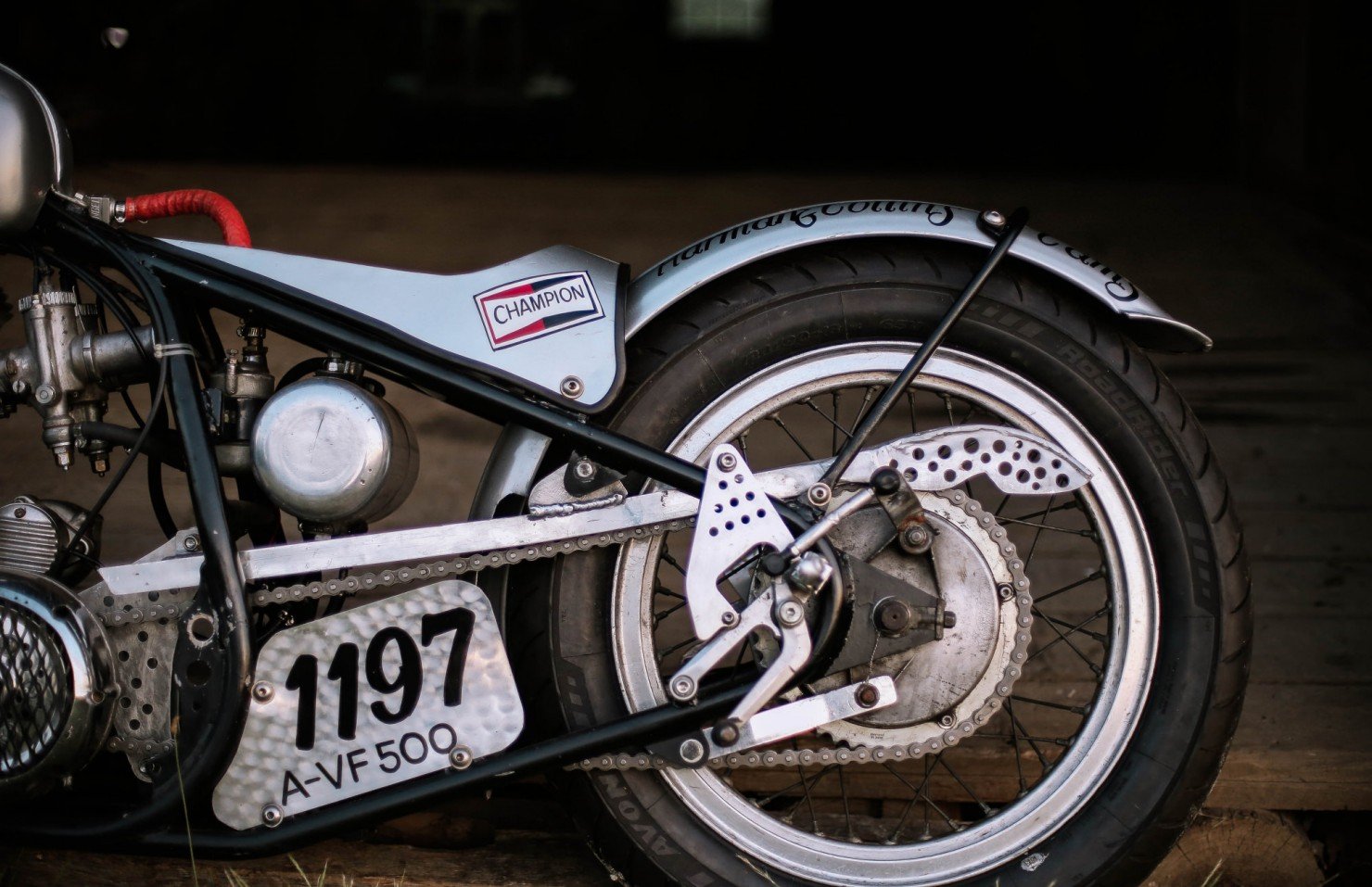 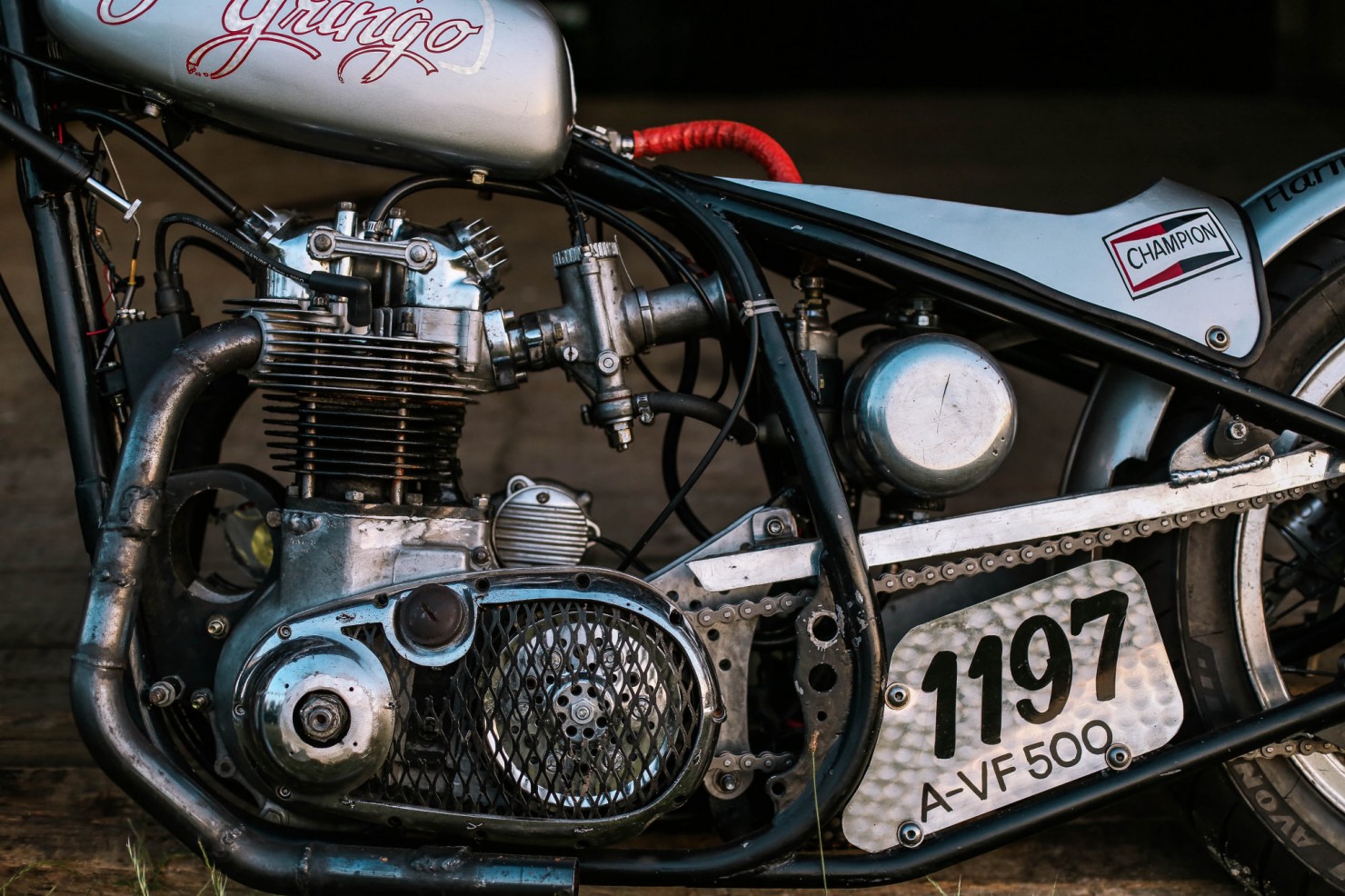 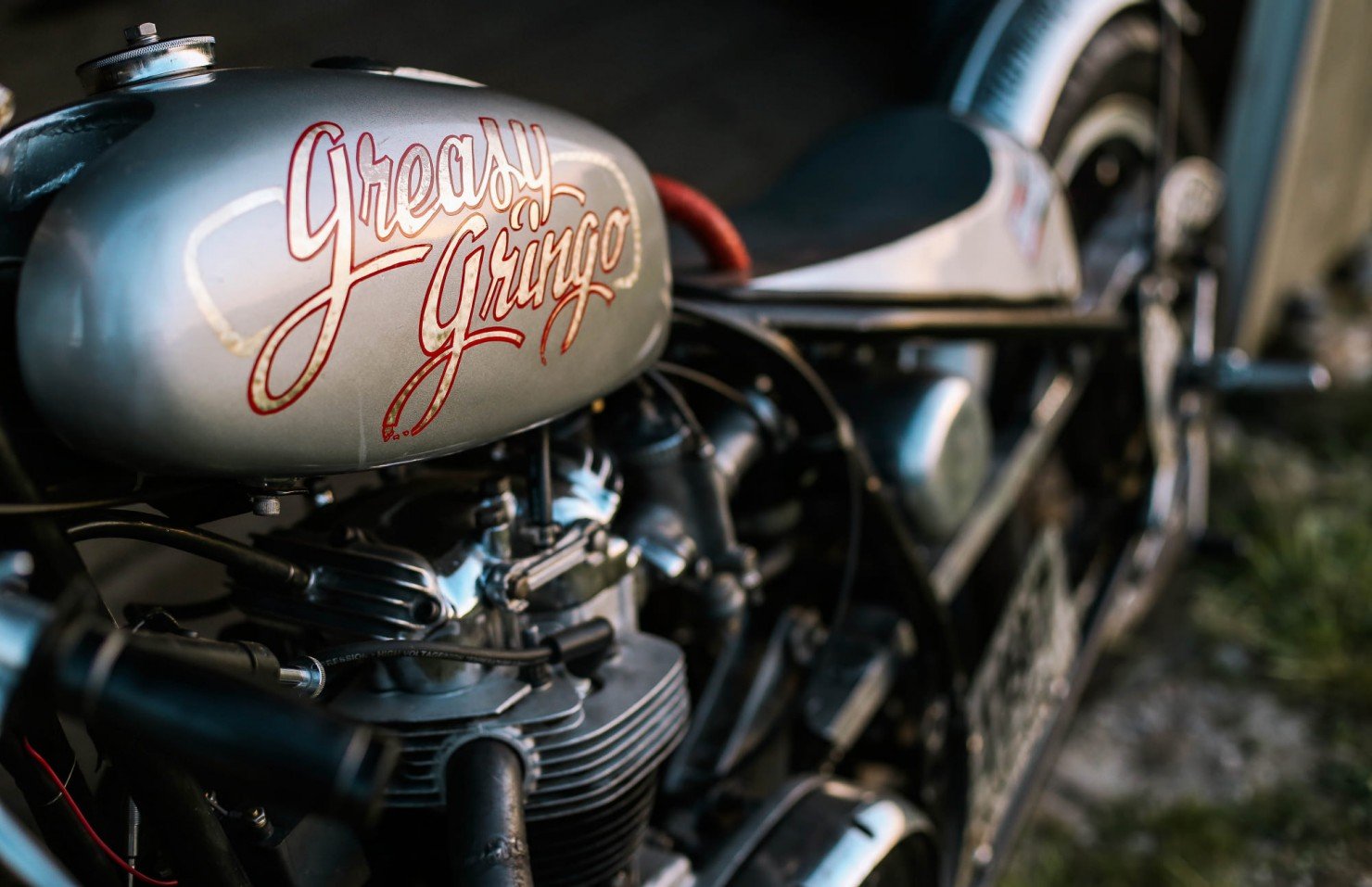 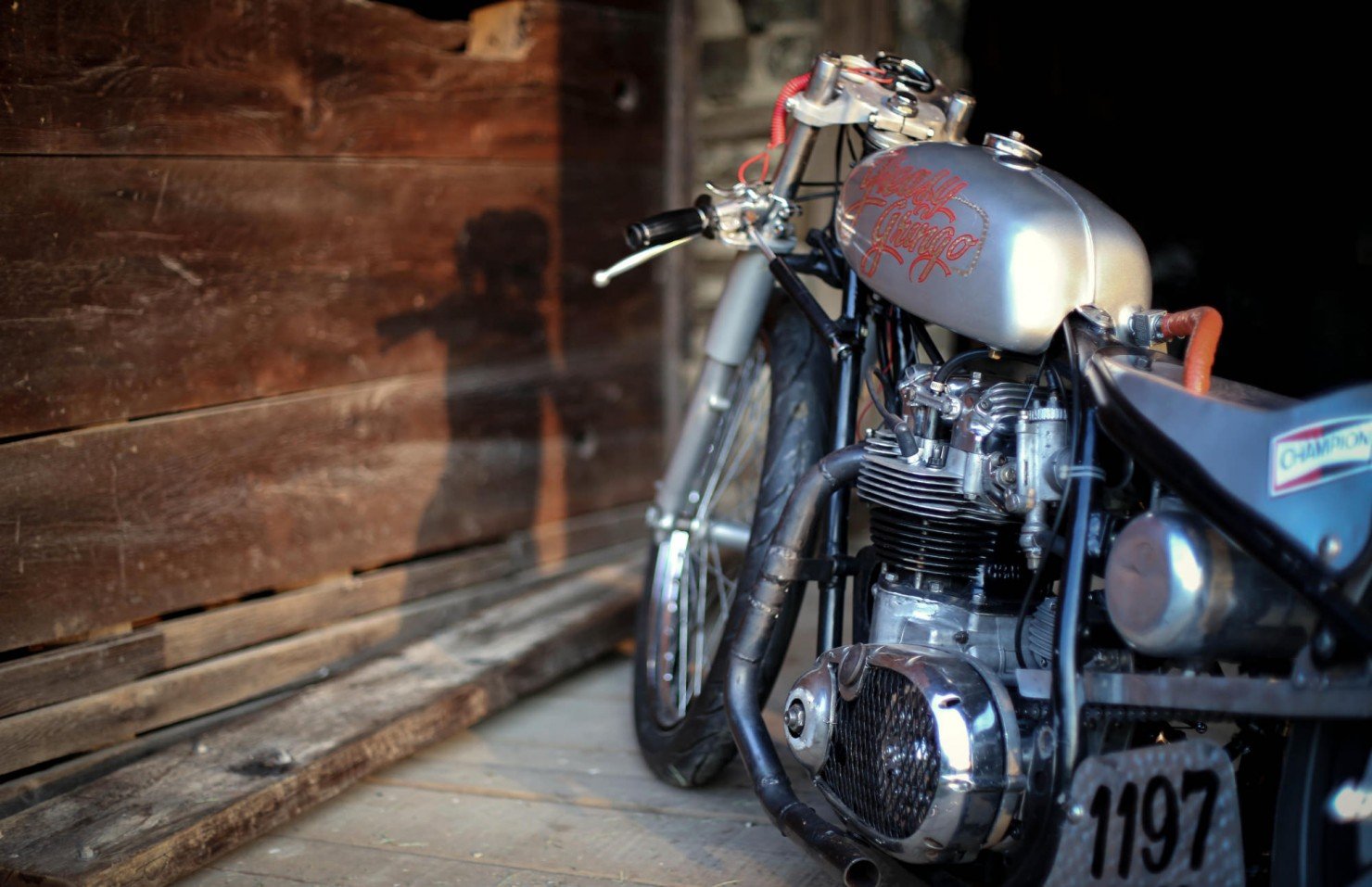 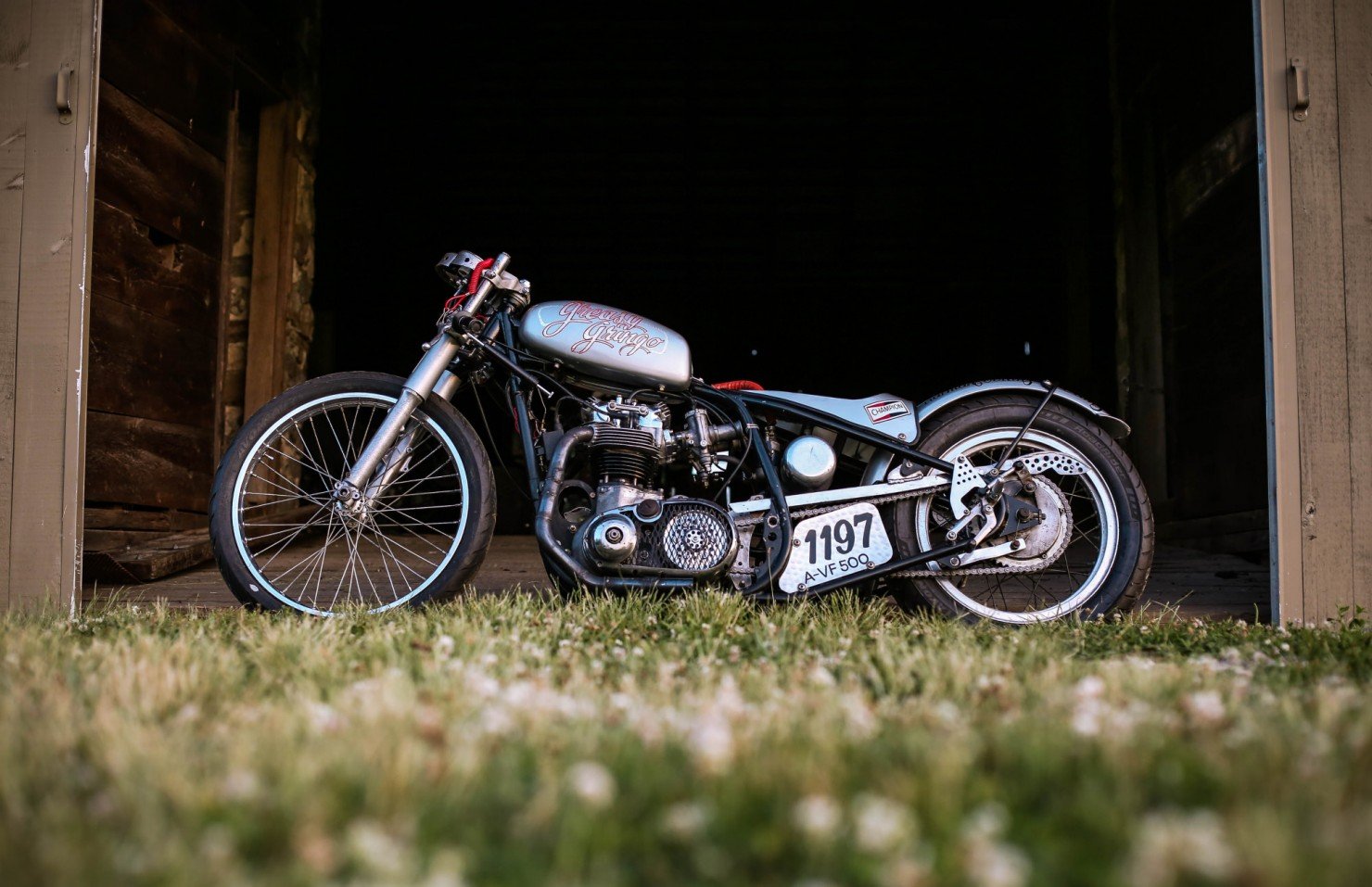 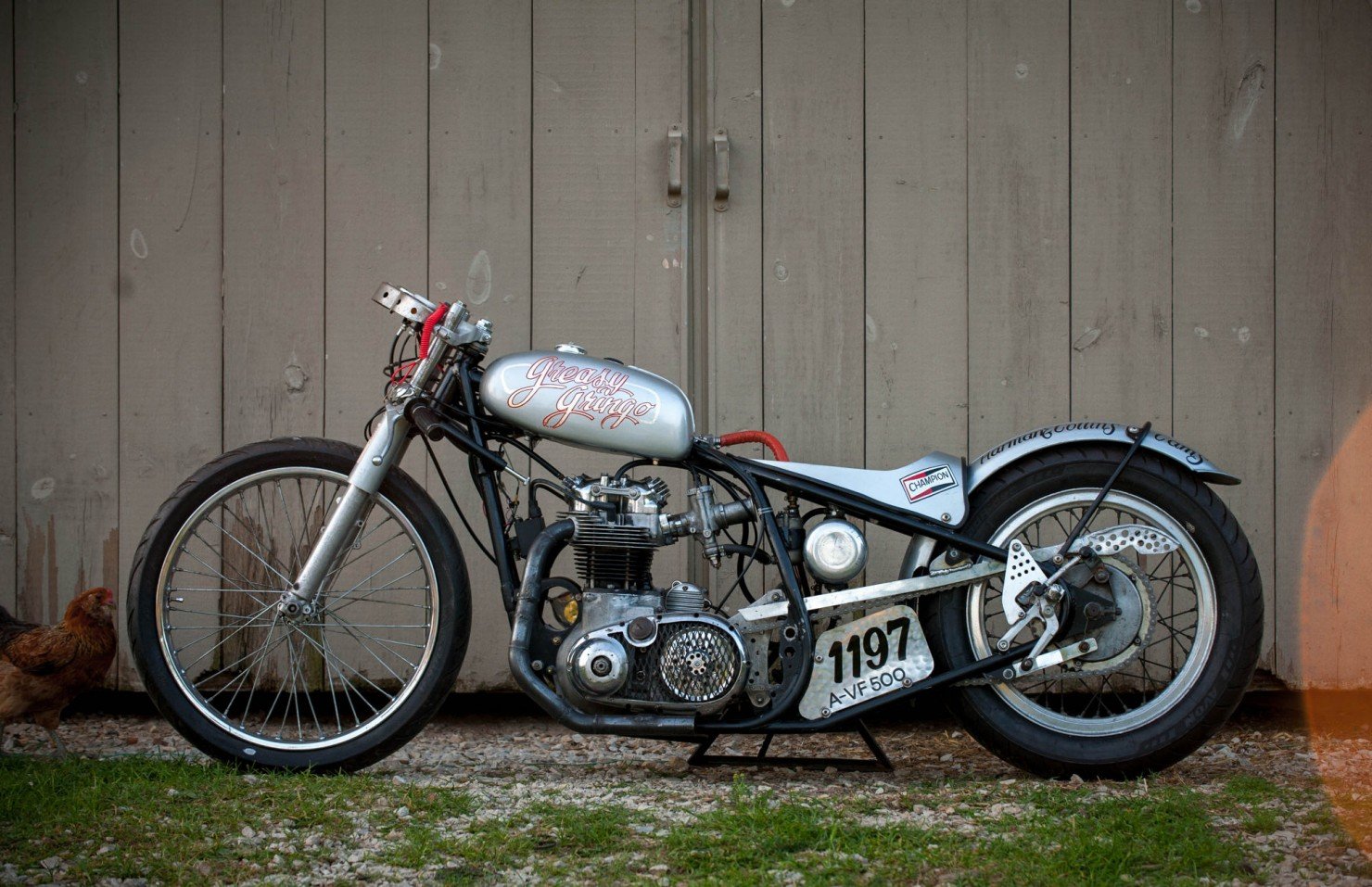 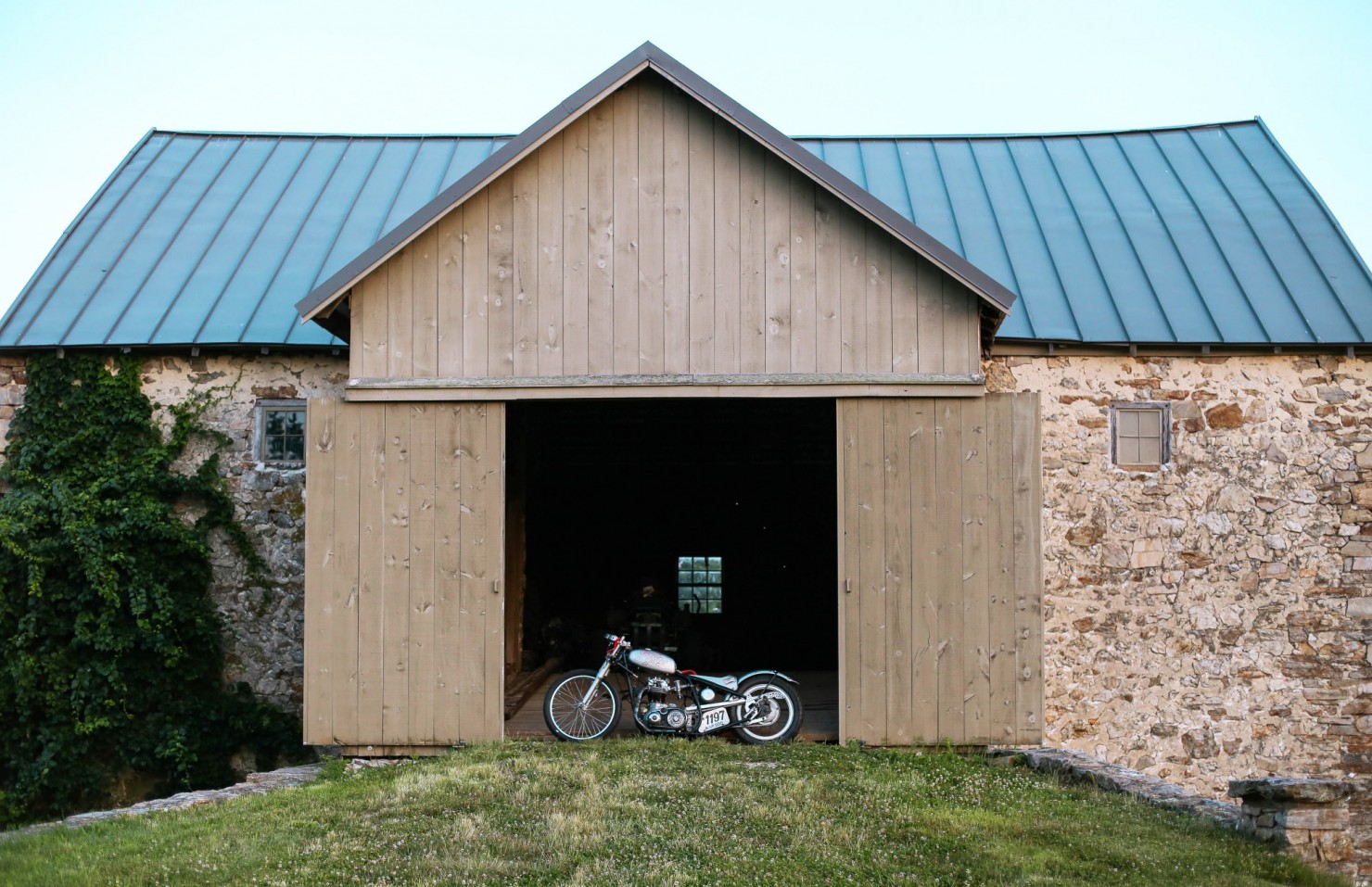 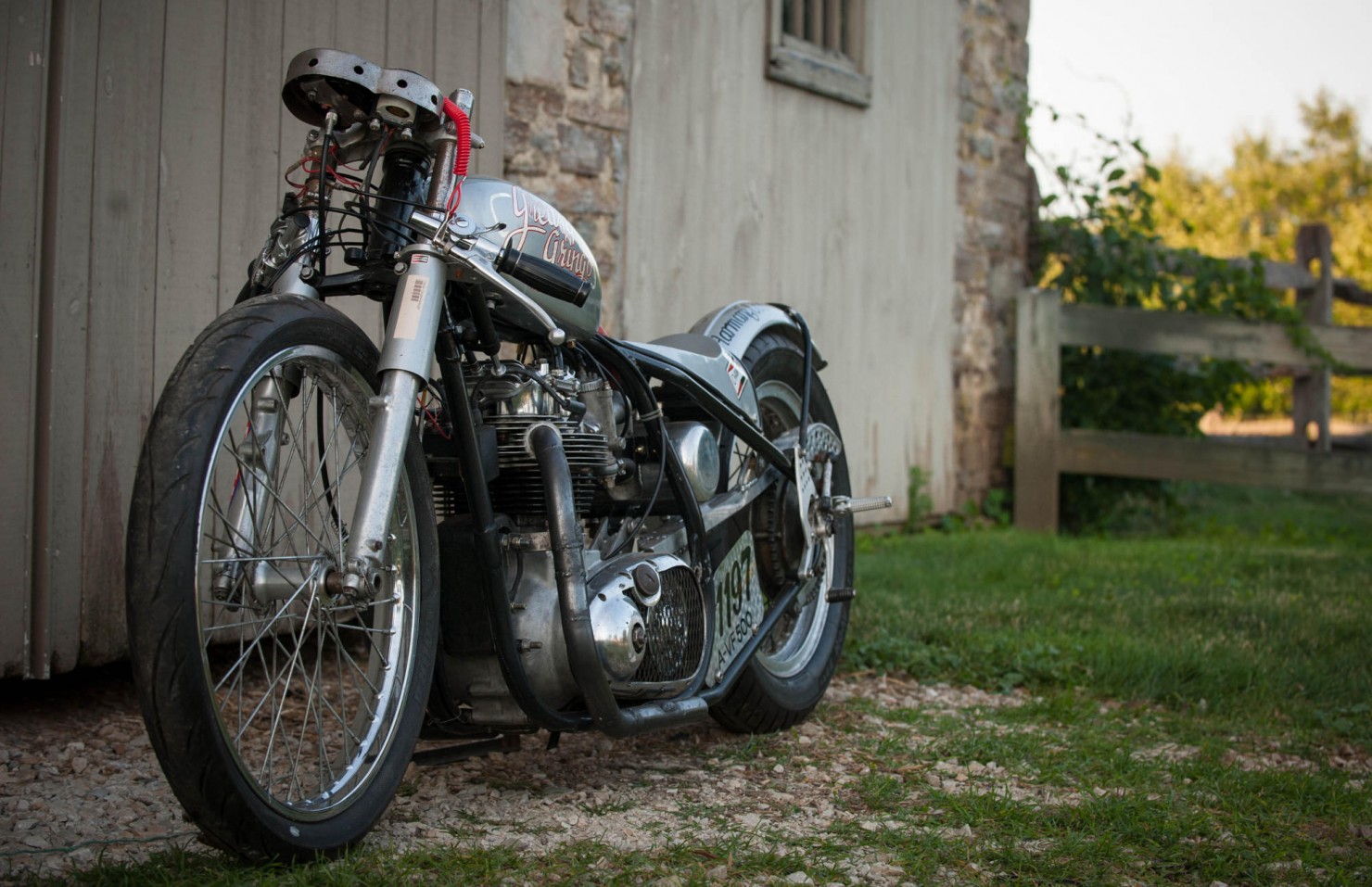 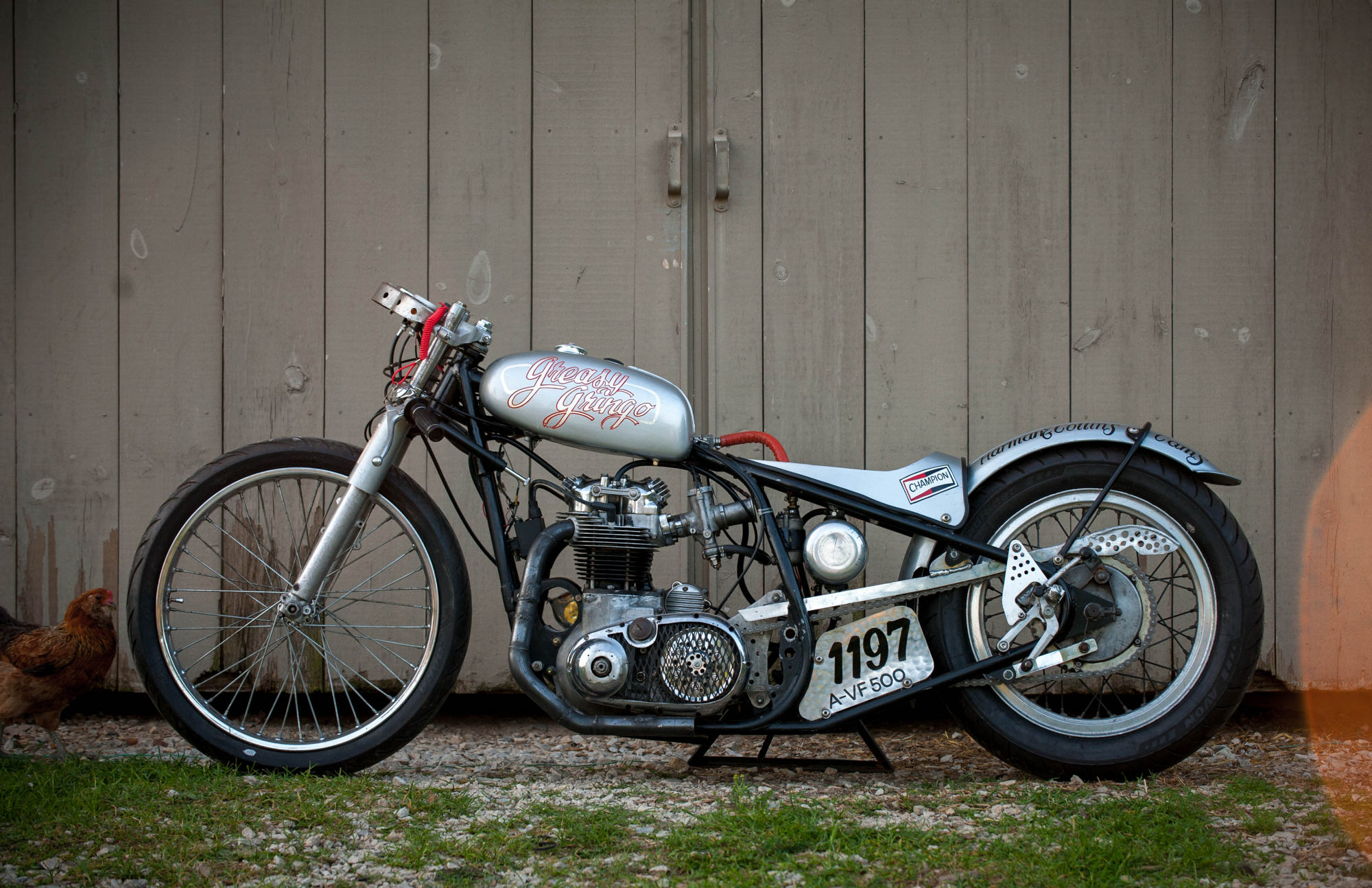