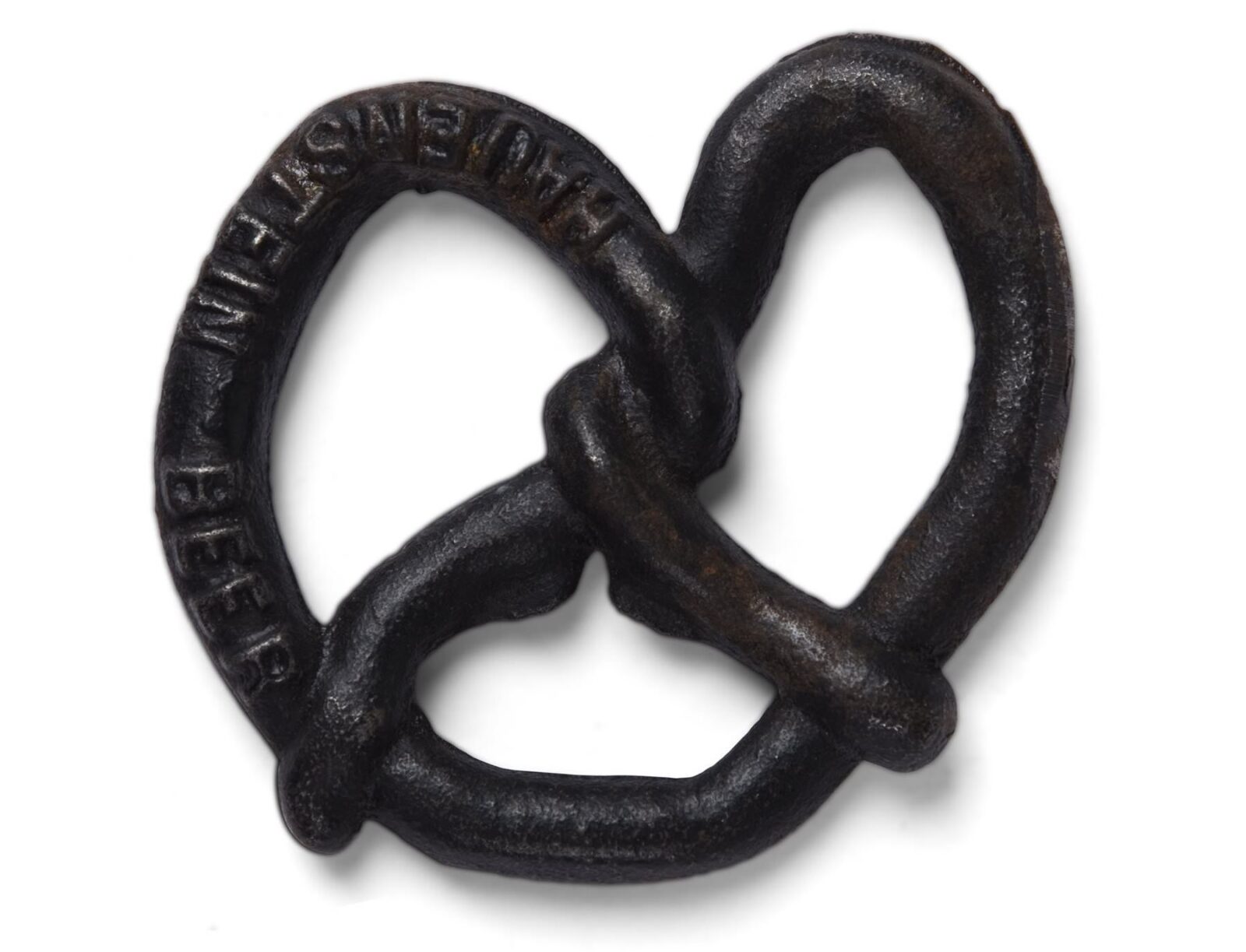 This is an original cast iron Hauenstein Beer pretzel bottle opener from the 1930s. These were likely created for promotional purposes, they measure in at 2 7/8″ wide and apparently they can be a bit of a puzzle to use until you get the hang of it.

Hauenstein was founded in New Ulm, Minnesota in 1864, it remains a popular beer in the land of 10,000 lakes, with its distinctive red cans being a common sight at barbecues and get togethers.

The town of New Ulm was founded in 1854, just 10 years before the Hauenstein brewery. It’s located in the south of the state, approximately a one and half hour drive from Minneapolis. 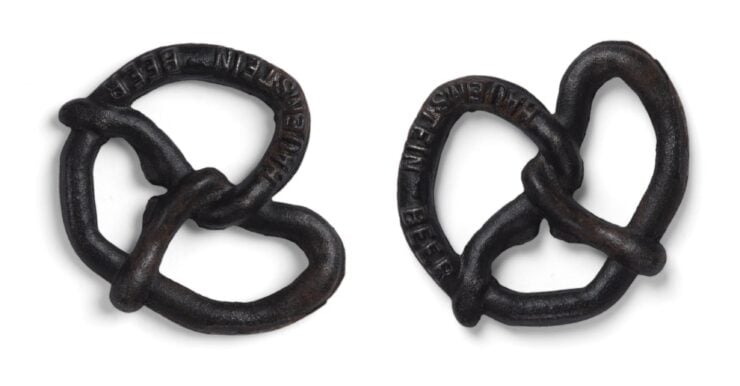 This beer bottle opener is said to take a bit of practice to get used to, so it may be a good way of stopping friends from helping themselves to your beer fridge.

Thanks in part to the town’s extensive german heritage it quickly became the center for brewing in the Upper Midwest, and a number of other brewers including the August Schell Brewing Company are still based there.

Hauenstein Beer is described by the company as using a “classic recipe of well-balanced malt, corn and a little hop character. Its golden color and palatable flavor creates a popular session beer.”

The vintage Hauenstein Beer bottle opener you see here is currently for sale through Sir Jacks, it appears to be in excellent condition, they have just the one in stock, and they’re asking $395 USD for it.