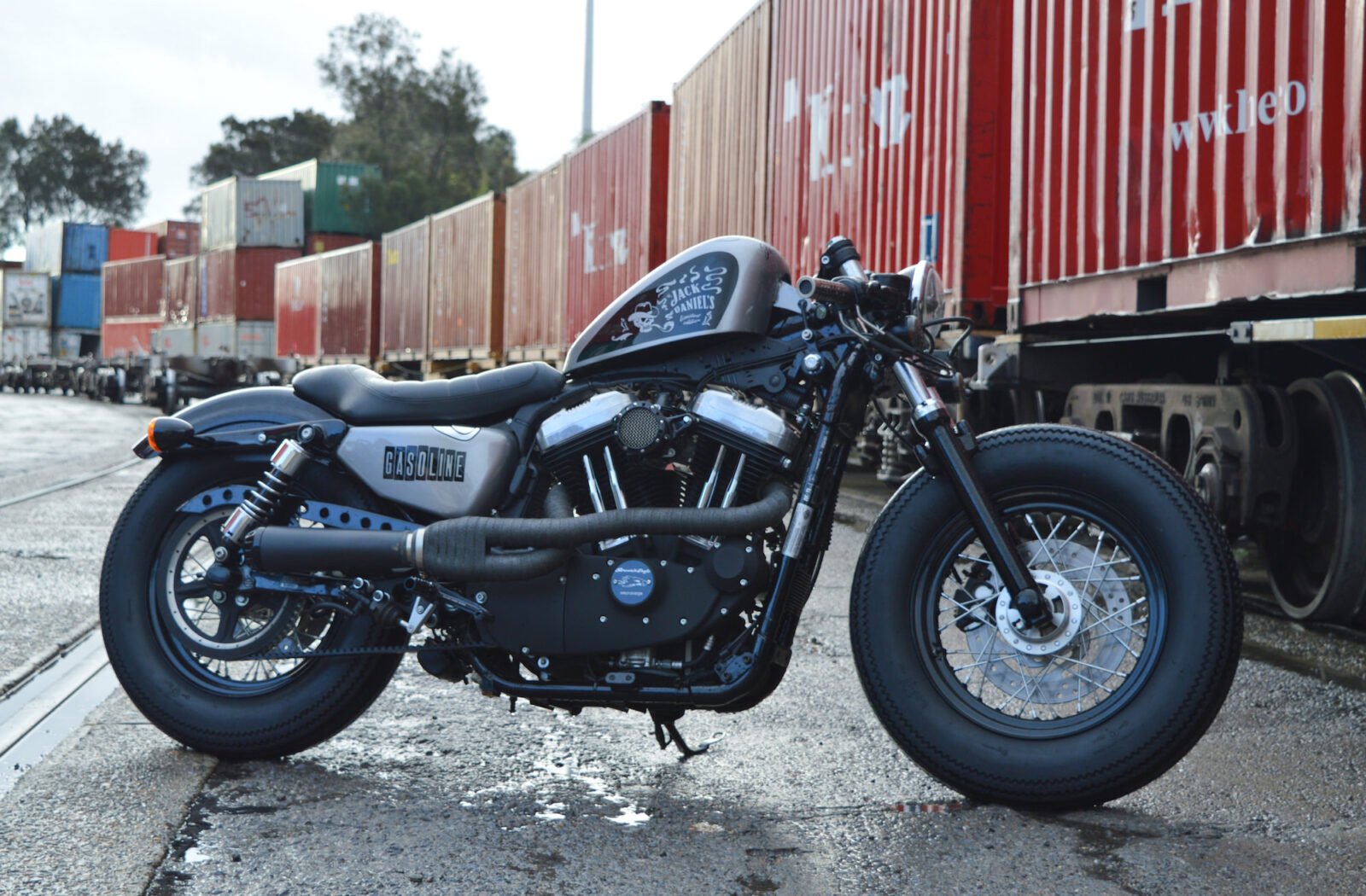 The Harley-Davidson Sportster is one of the longest running production motorcycles in the world, and for good reason. They’re mechanically simple, easy to work on and customise, and perhaps most importantly – there’s a huge aftermarket parts selection that’s probably unmatched for any other single model.

There are some that’ll try to tell you that the Sportster isn’t a real Harley, but these people haven’t done their homework. The Sportster is without question the motorcycle with the most original Harley-Davidson DNA – the company started out making lightweight motorcycles often with V-twins and often modified to race on the board tracks of the USA. The big cruisers didn’t come along until decades later.

This custom Sportster by the Gasoline Motor Co. was commissioned by Jack Daniels Australia, they wanted a distinctly American take on the classic cafe racer – so Jason and the team at Gasoline set to work.

The first order of business for any cafe racer inspired custom is weight reduction and an increase in power – so anything not required for running or licensing was removed. A set of Roland Sands Design clip-on handlebars, as well as a rearsets, a new saddle, a high-flow velocity stack and a 2-into-1 sports exhaust.

A set of large Firestone Deluxe tires were added front and back, the tank was elevated 2.5 inches after the stock paint was removed, and replaced with a clear coat and some tasteful Jack Daniels decals. An American-style side mounted license plate holder was fitted to the left side, a low profile headlight was swapped in for the stock unit and in true cafe racer style – the pipes are wrapped. 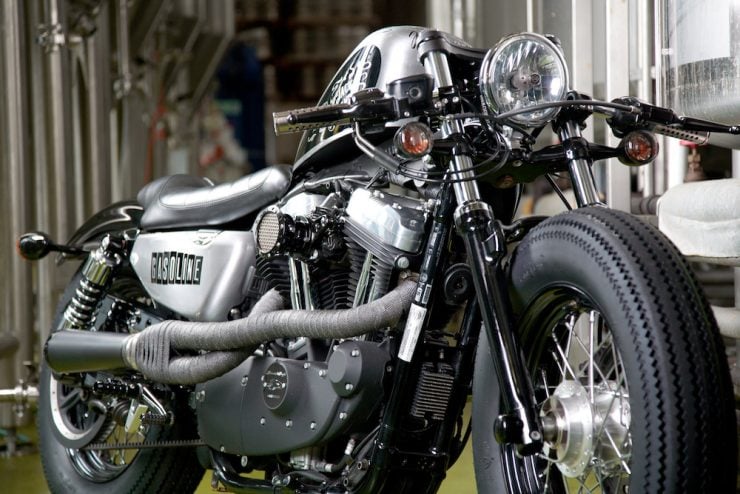 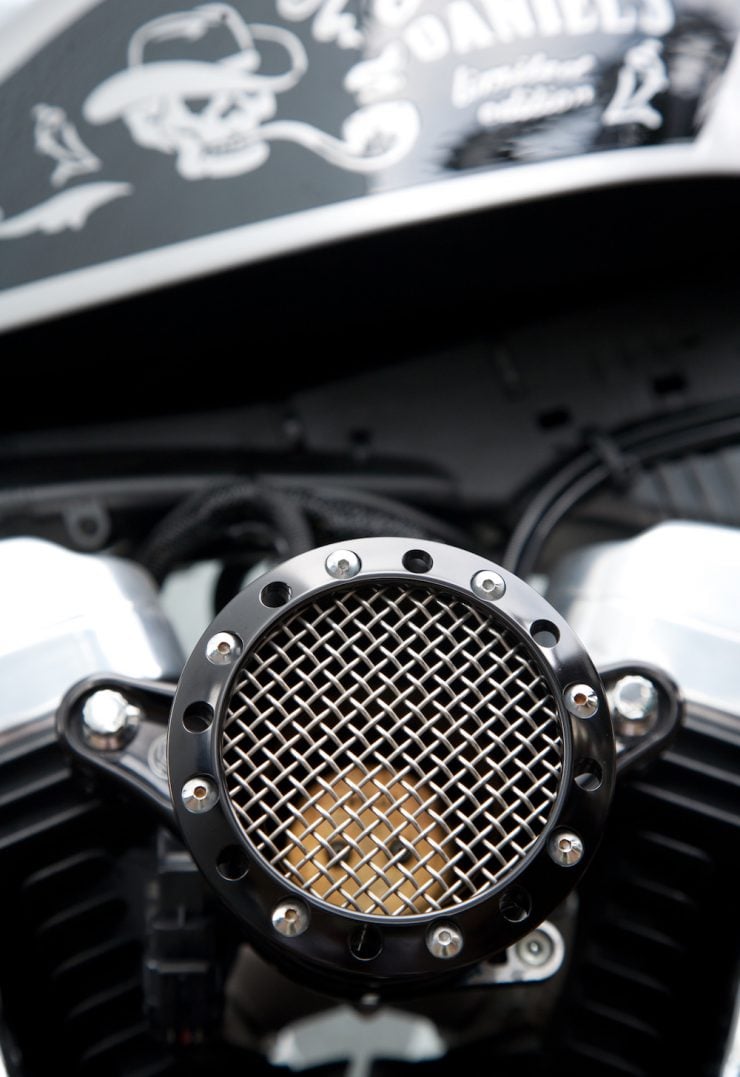 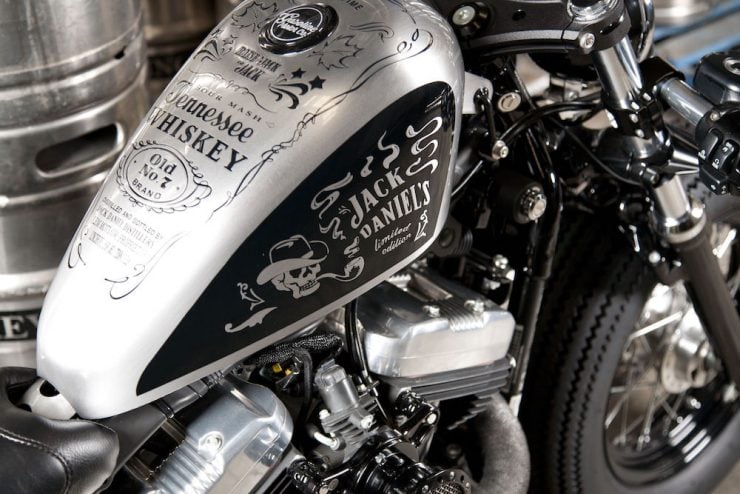 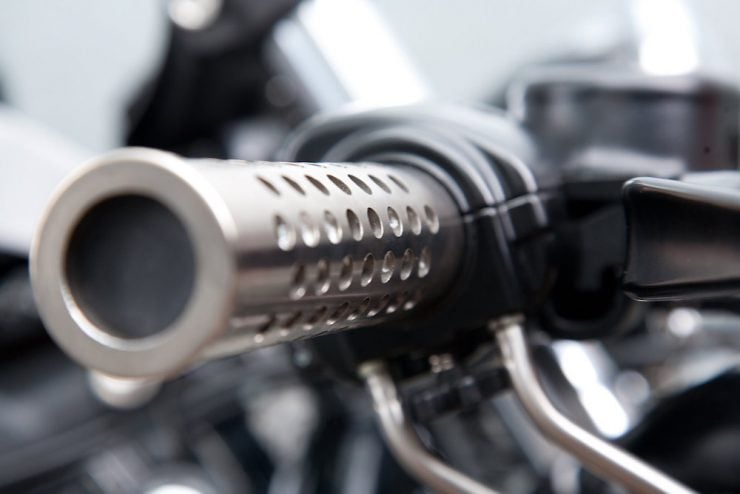 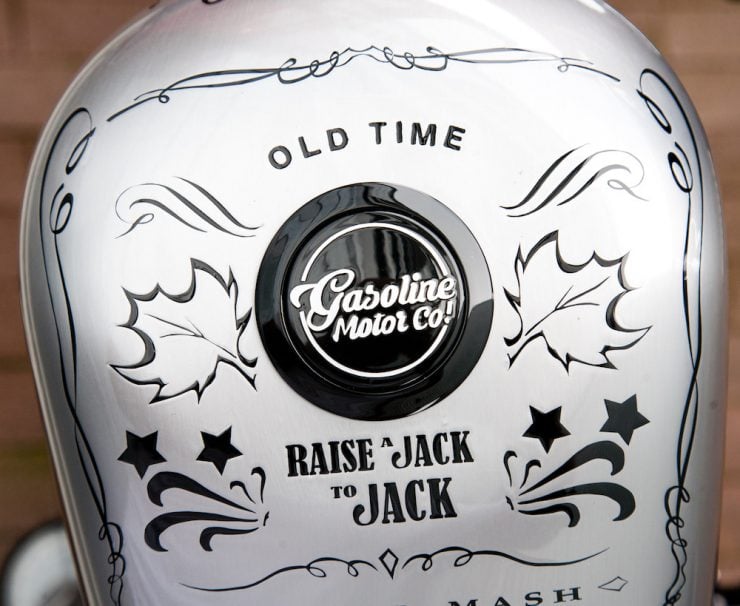 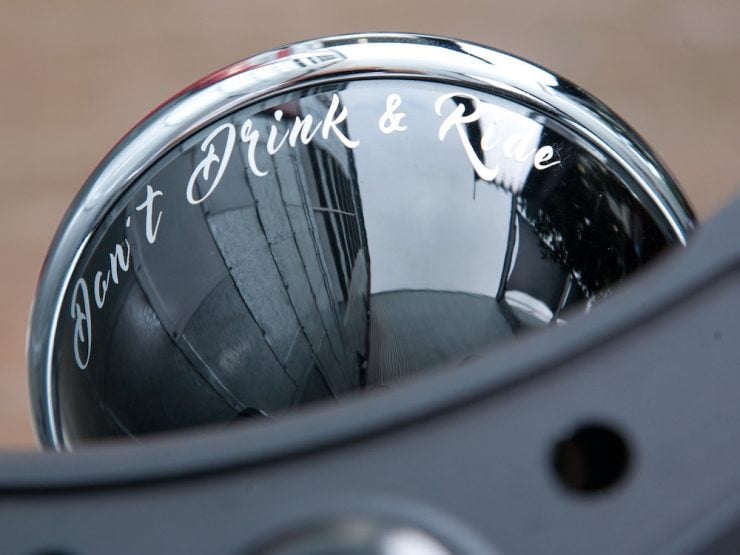 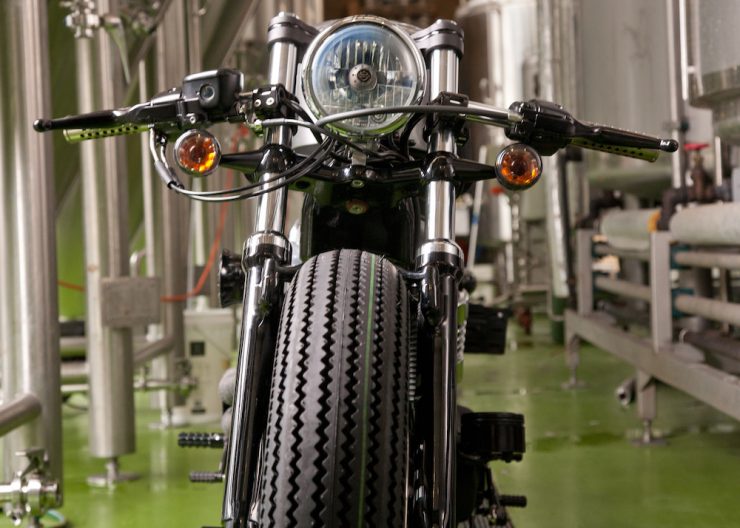 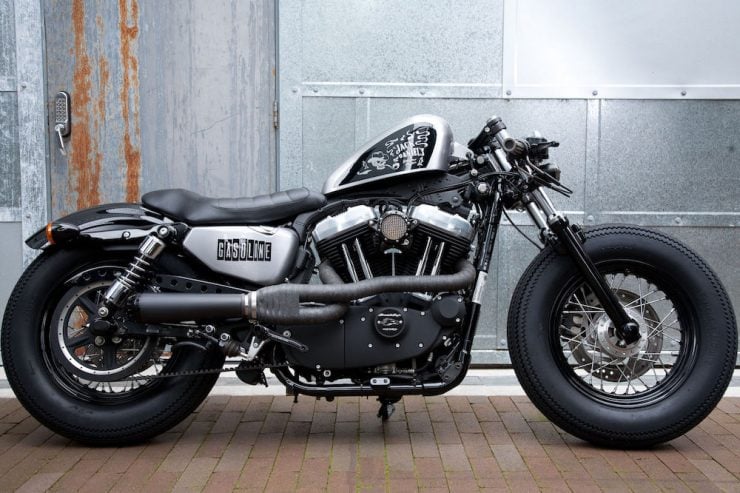 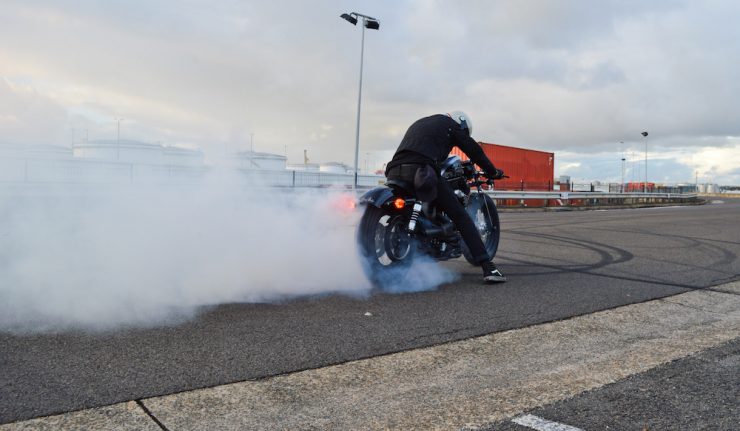 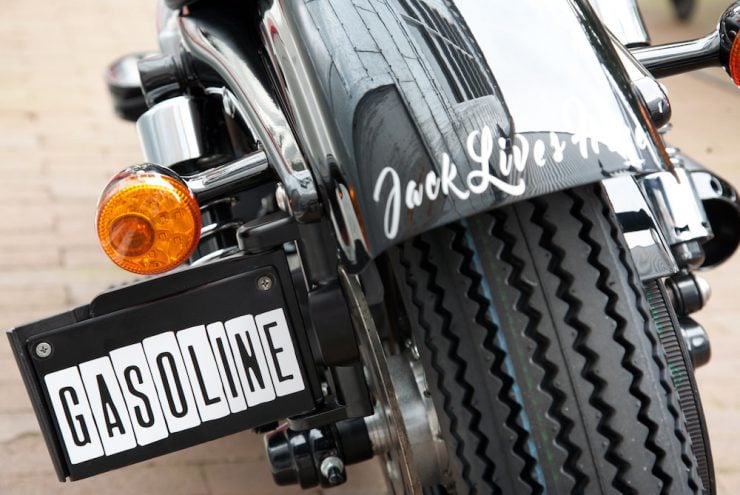 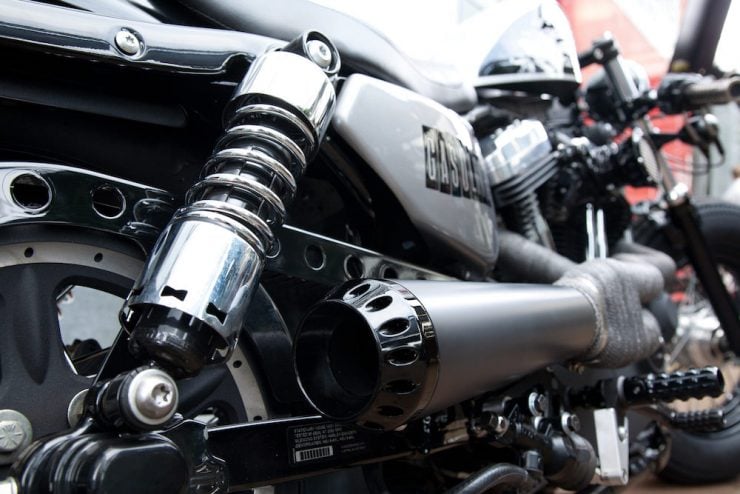 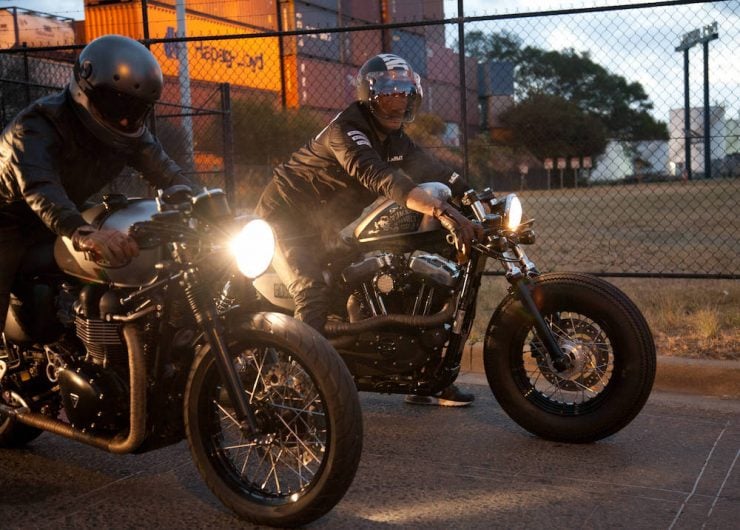 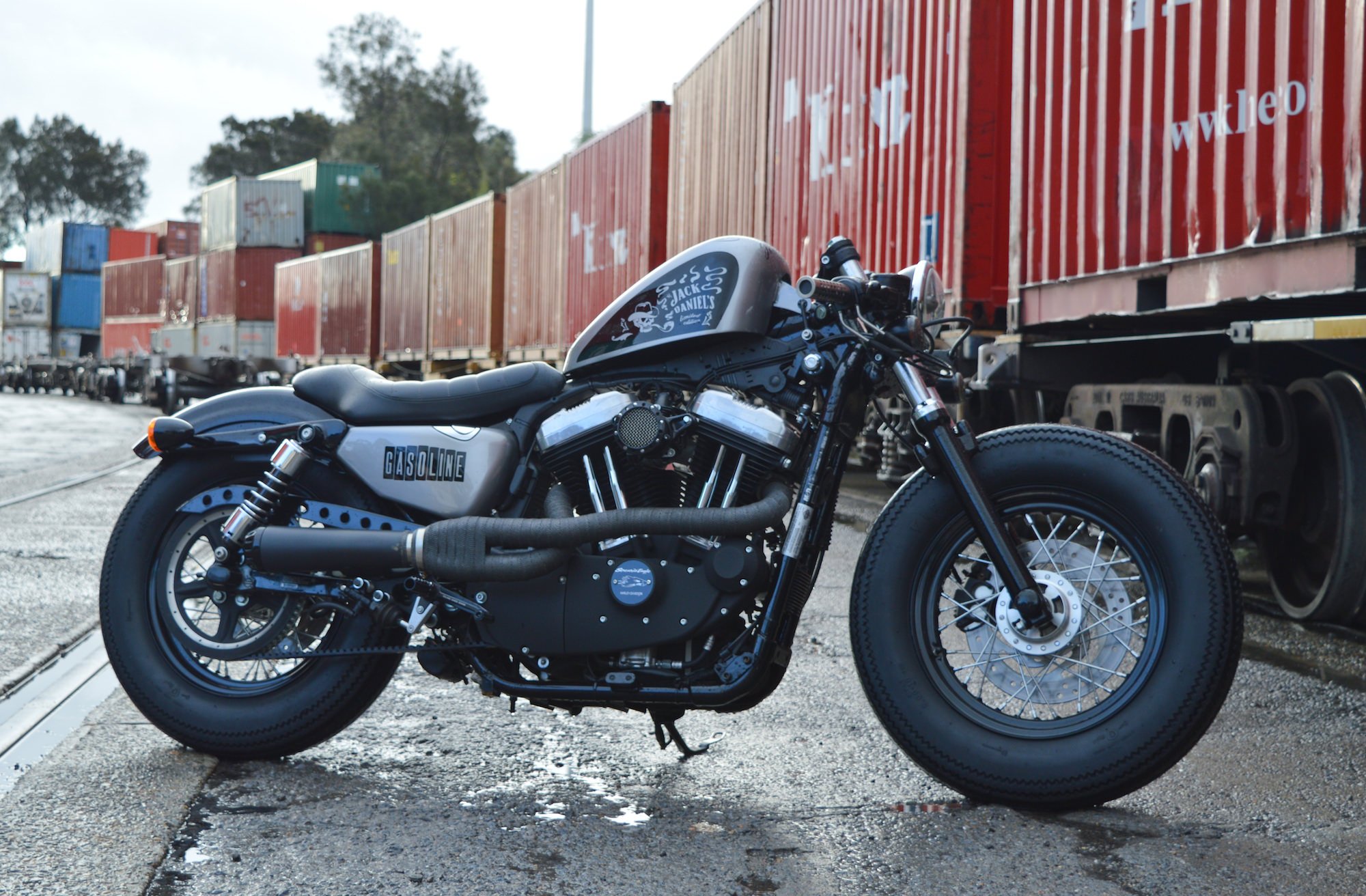