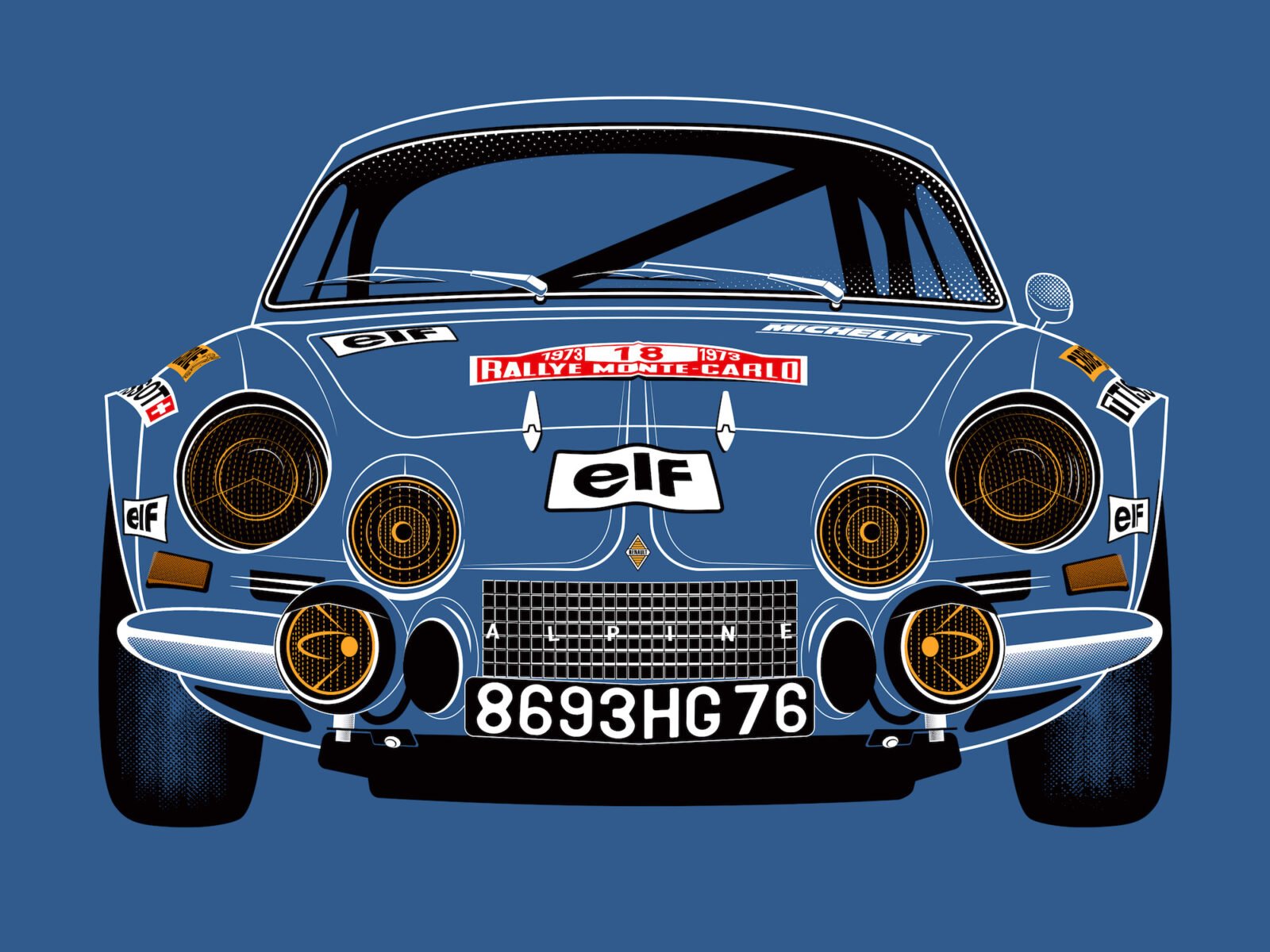 The Alpine-Renault A110 is remembered by rally historians as one of the greats, it was built by Alpine in France using a range of Renault components including various Renault engines. Aside from its good-looks, the A110 was a handy performer, perhaps most famously it won the first World Rally Championship and a rare 1-2-3 in the Monte Carlo Rally.

This silkscreened print measures in at 24” x 18”, it uses four levels of ink screened by hand on heavy stock by Kansas City’s La Cucaracha Press. Each is signed and numbered, and they’re only made in very low production volumes. 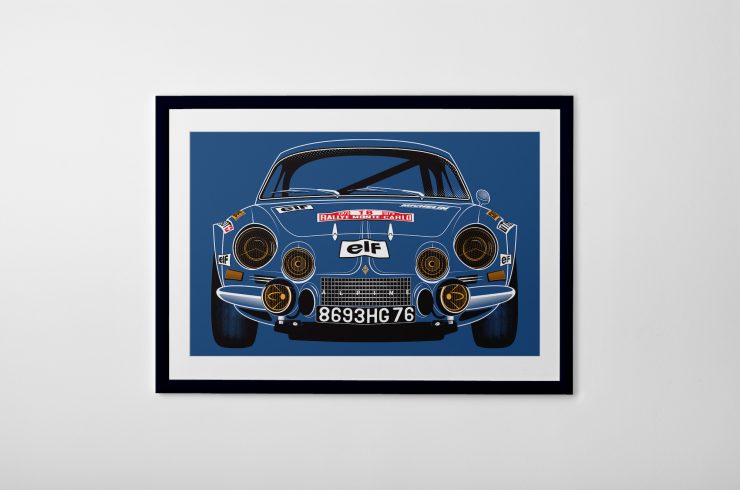 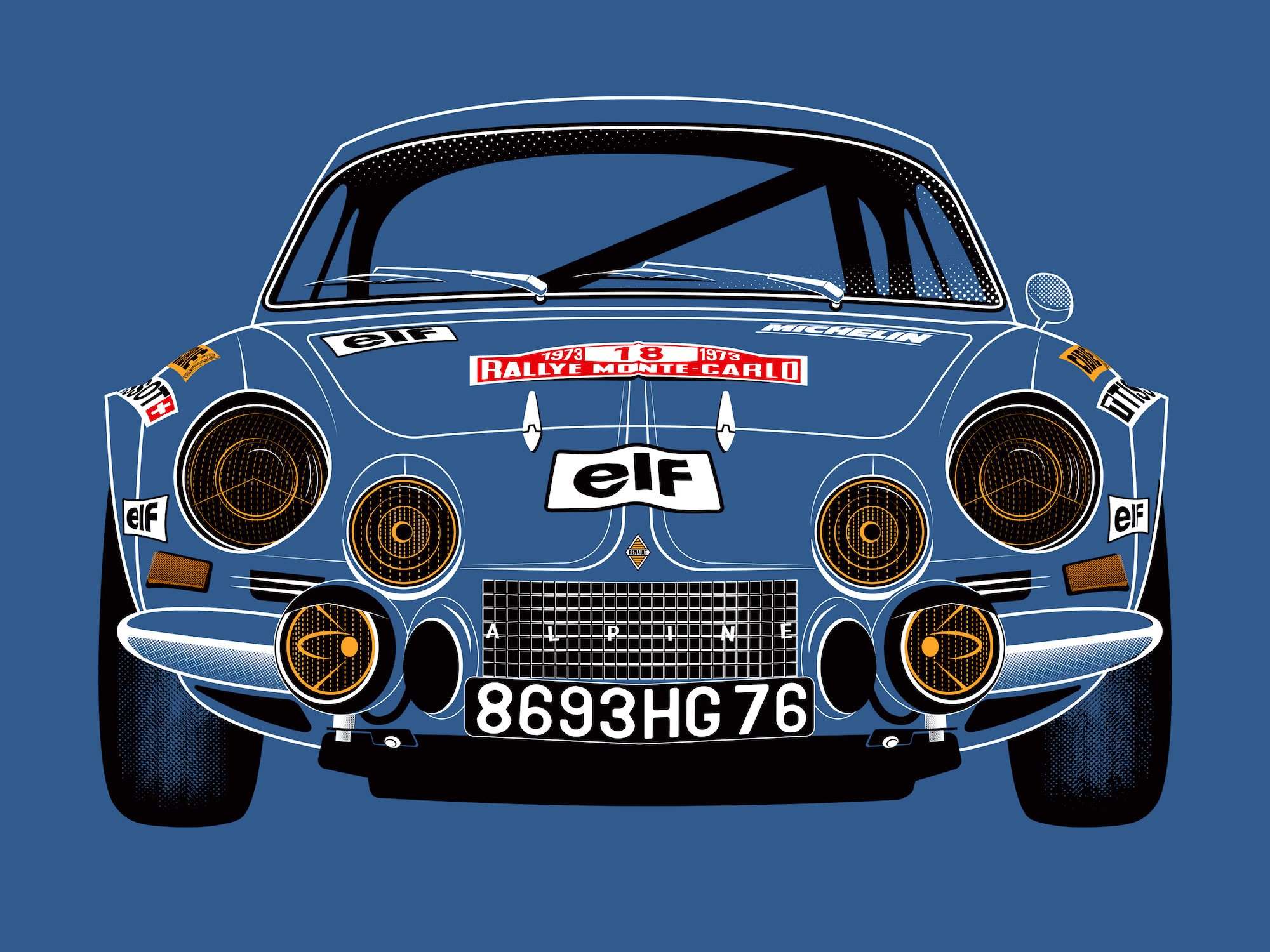