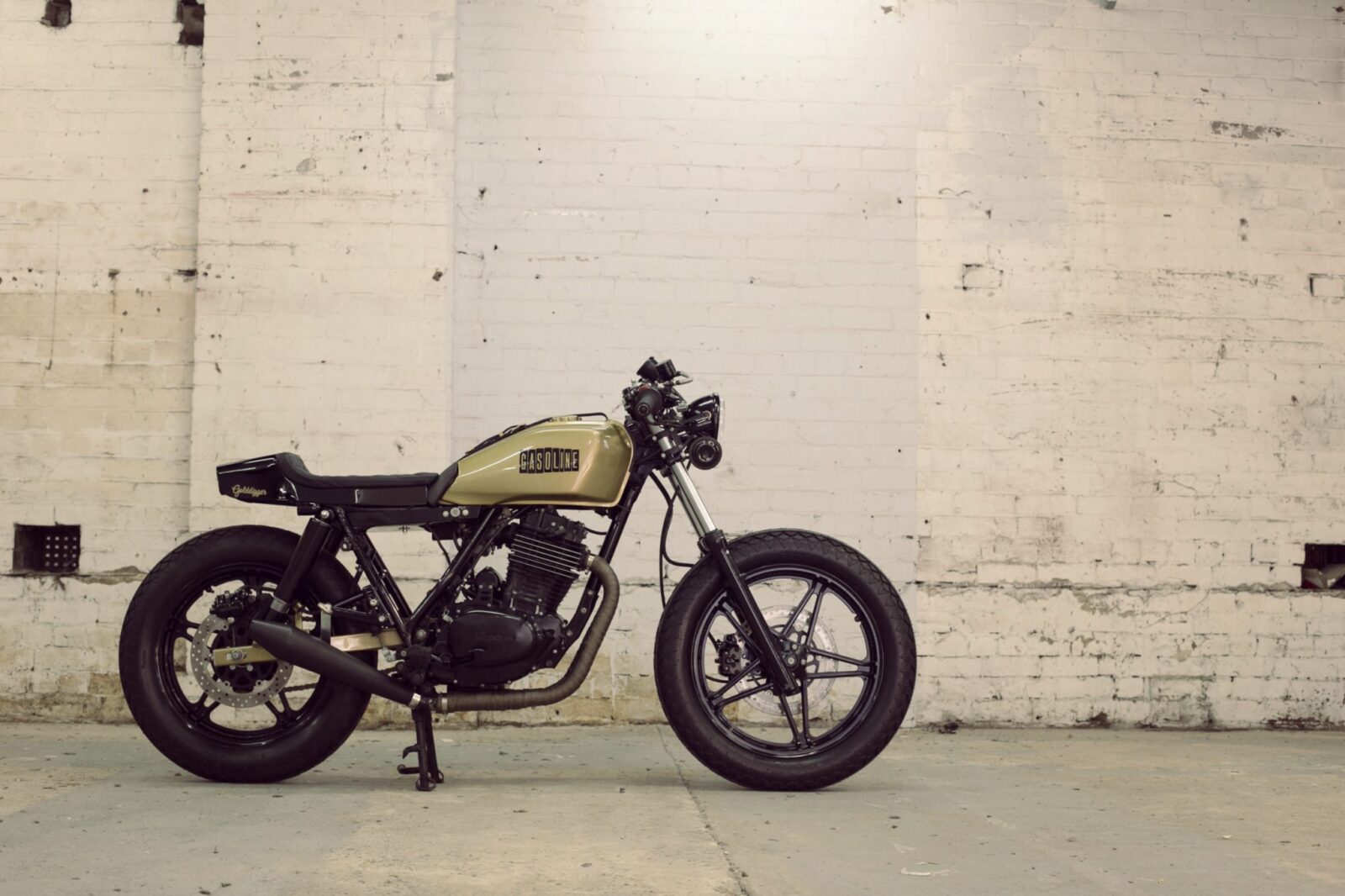 The Honda FT500 was released in the early 1980s with a strong focus on American flat track racing (the “FT” in the name was a reference to this), it was fitted with the same 499cc single cylinder engine as the almost bullet-proof Honda XR500 enduro bike – with the addition of cast aluminium wheels, an integrated tank/seat/tail, and disc brakes with dual piston calipers.

With 35hp at the rear wheel, torque at 28.9 ft-lbs and a dry weight of 370lbs, the FT500 was well positioned as a mid-range motorcycle for those who didn’t want a 250 but couldn’t quite afford a fully-fledged flat track bike. Despite this, the FT500 wasn’t a big seller in the USA, Europe or its native Japan.

Some thought this was due to the slightly clunky appearance and some thought it was down to the minor mechanical quibbles that most new owners needed to fix – primarily the rear bearing of the starter pinion. Owners who stuck with the bike often became evangelists for the model but as is often the case in the world of motorcycles, a bad reputation is quickly gained and slowly lost.

Surviving FT500s are getting harder and harder to come by, and the surging popularity of mid-size single cylinder engines like the Yamaha SR400/SR500 has lead to the Honda seeing a renaissance for the almost forgotten 500cc thumper from the age of disco synth.

When Jason Gasoline was looking for a suitable candidate for his Mrs’ daily rider he came across a Honda FT500 that had been imported to Australia from its home country. The appeal of the bike’s simplicity coupled with its relatively rare status sealed the deal and he rolled the new acquisition into the Gasoline Motor Co. headquarters to begin work. 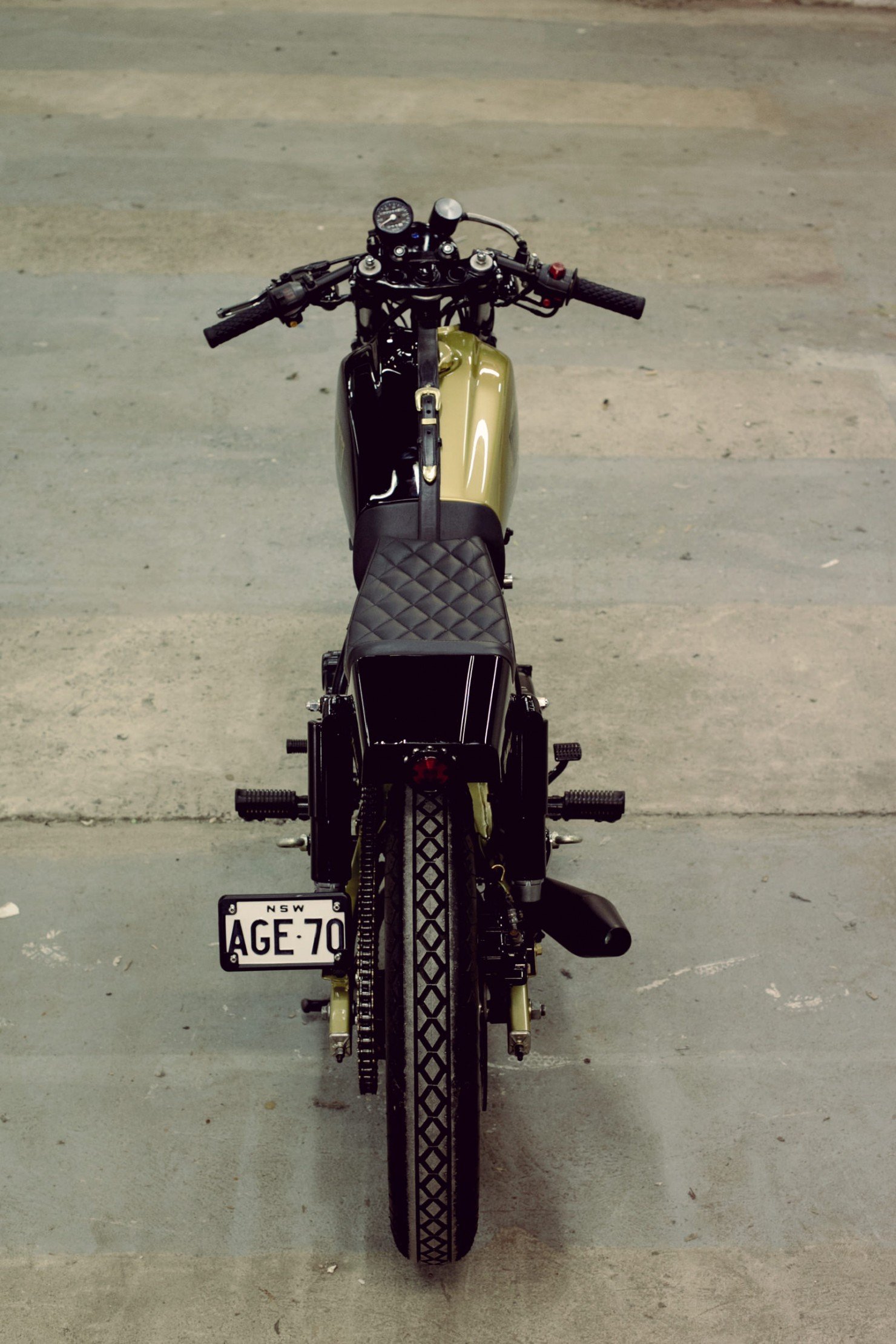 As with all of his builds, this one began with a full tear down and inspection. The original airbox and seat were discarded along with the handlebars, gauges, fenders, exhaust and rear suspension. The goal was to create a motorcycle suitable for urban use by a lady, so weight needed to be kept to a minimum and manoeuvrability was favoured over all-out speed.

The seat pan and rear cowl were fabricated in-house at Gasoline, with the diamond pattern upholstery outsourced to a local expert in leather motorcycle seats. It was decided that the original cast aluminium wheels would be kept in place after receiving the same black finish as the frame, silencer and engine.

Perhaps the single most notable feature on this bike, dubbed “Golddigger” by its new owner, is the inverted left/right paint scheme. Viewed from the right side the bike is gold with black details, and from the left side its black with gold details. It’s a unique idea that we haven’t seen implemented before, but I wouldn’t be surprised to see it become a lot more common once the Golddigger is seen far and wide.

If you’d like to see more from Jason and the Gasoline Motor Co. you can click here to view their site. 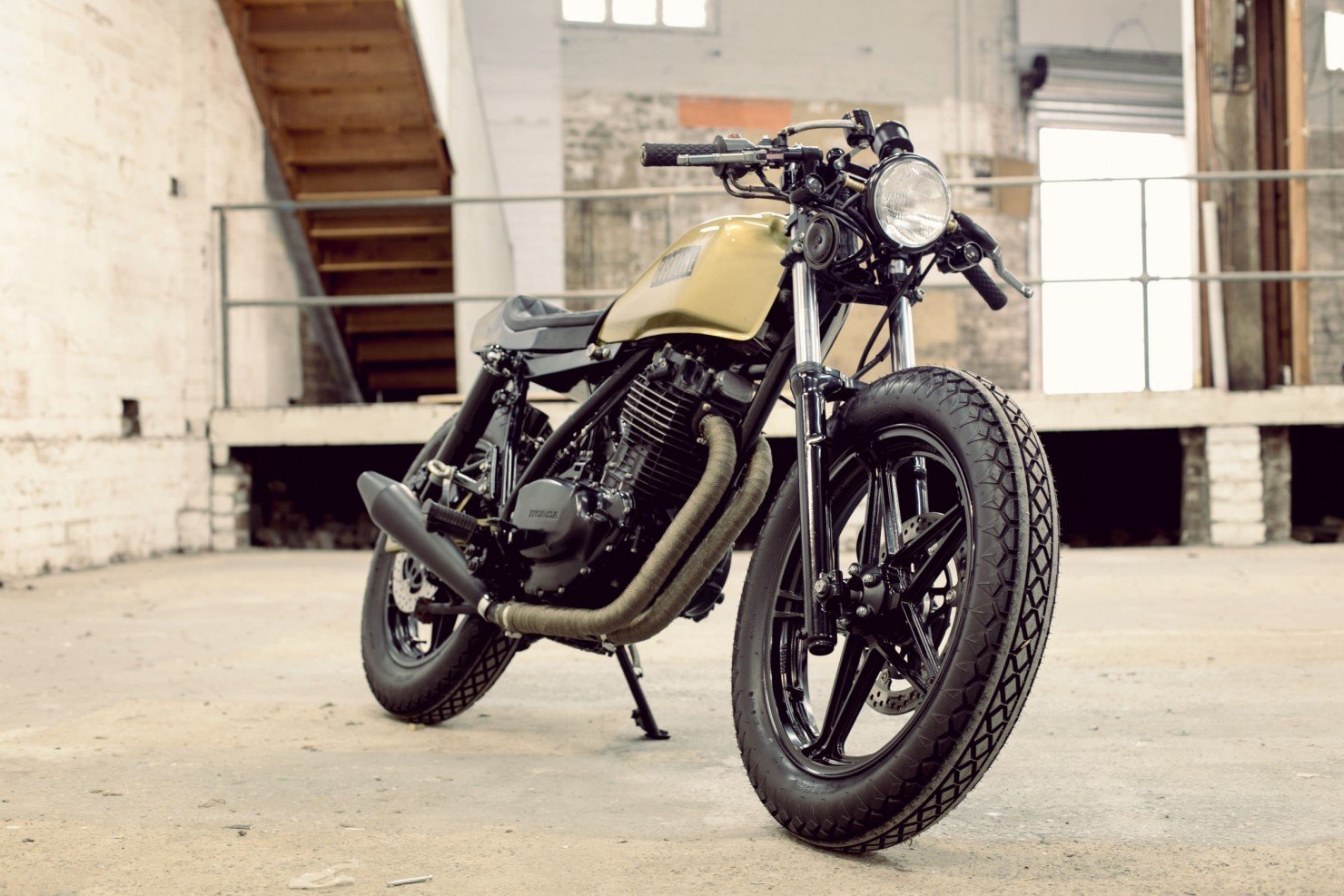 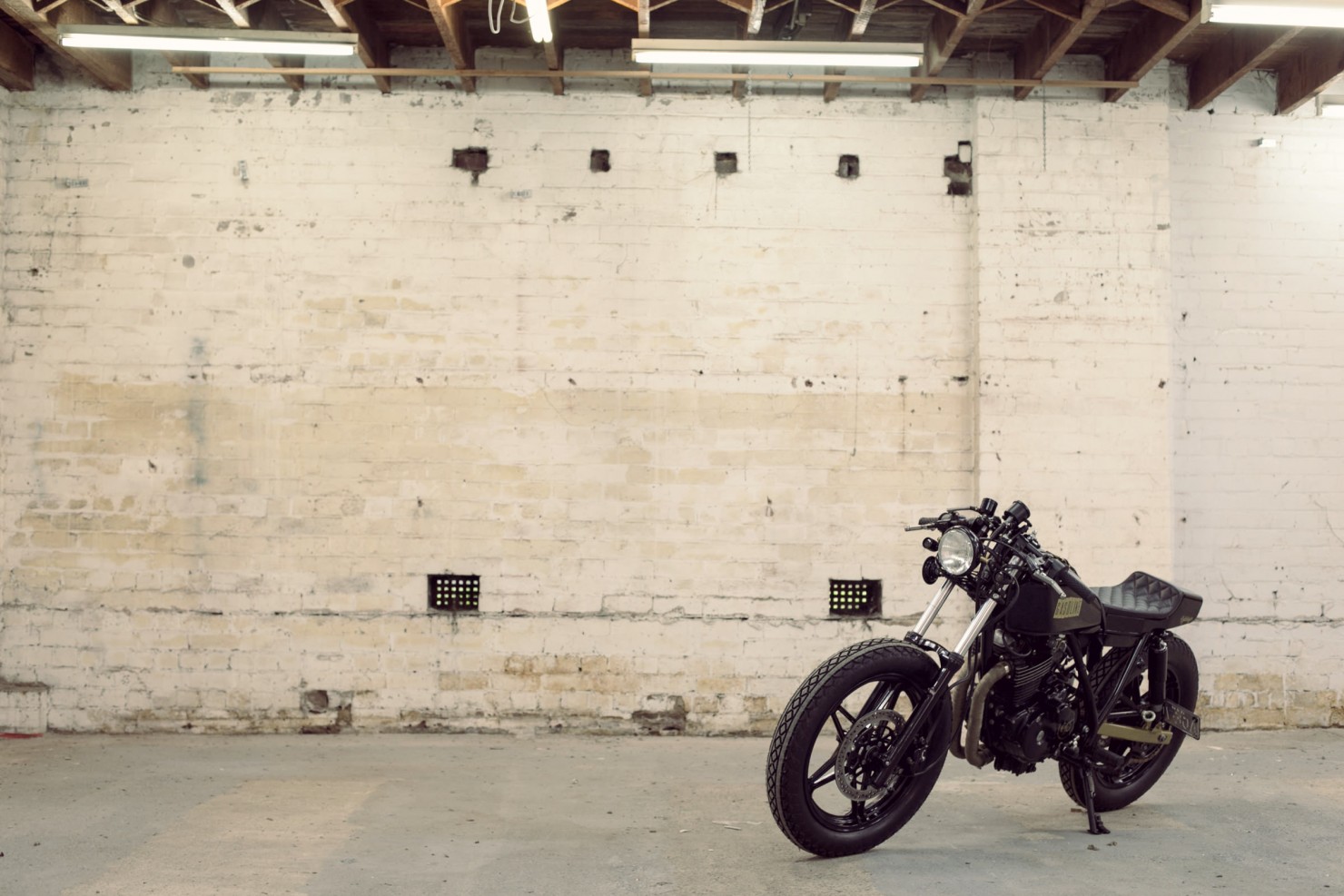 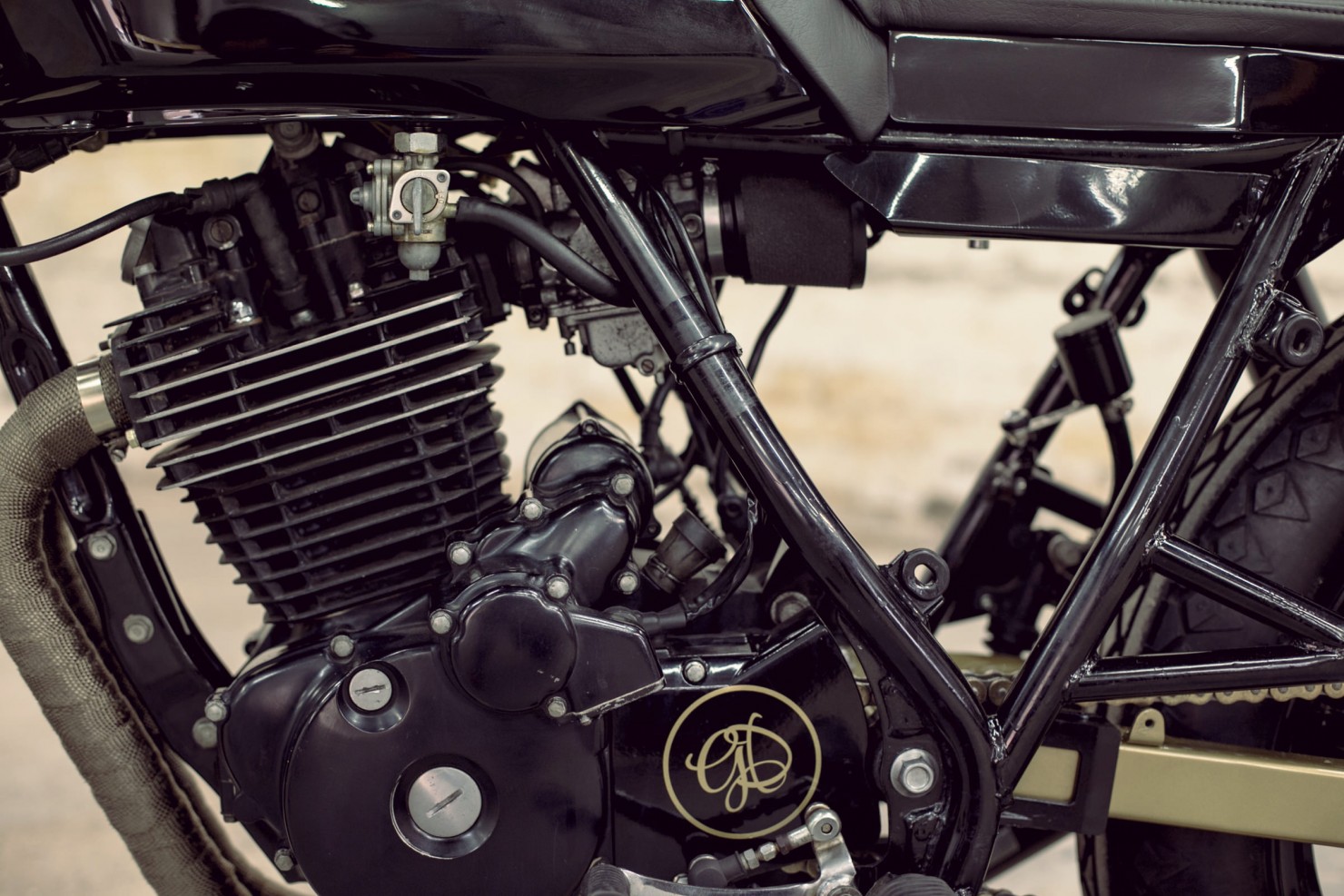 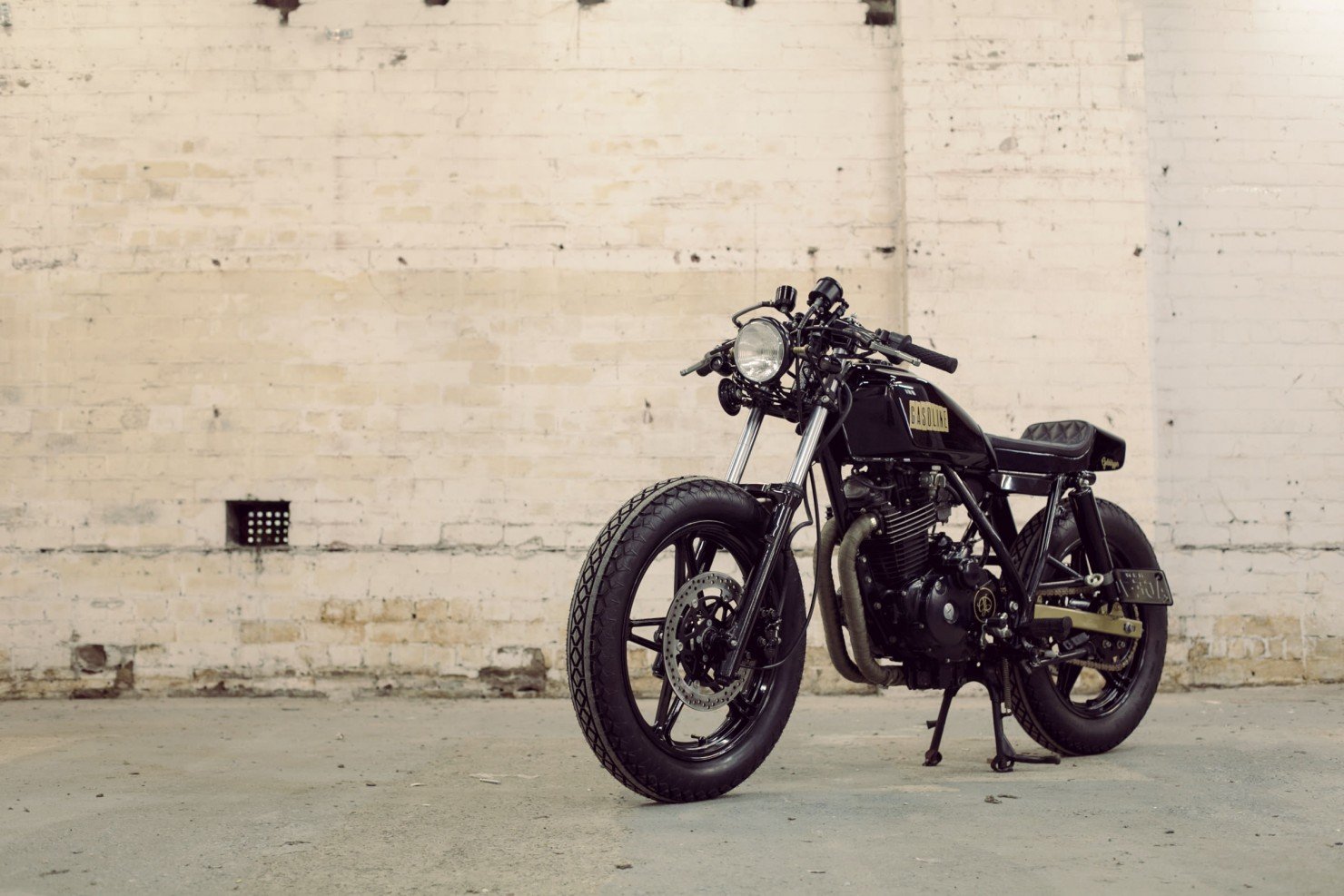 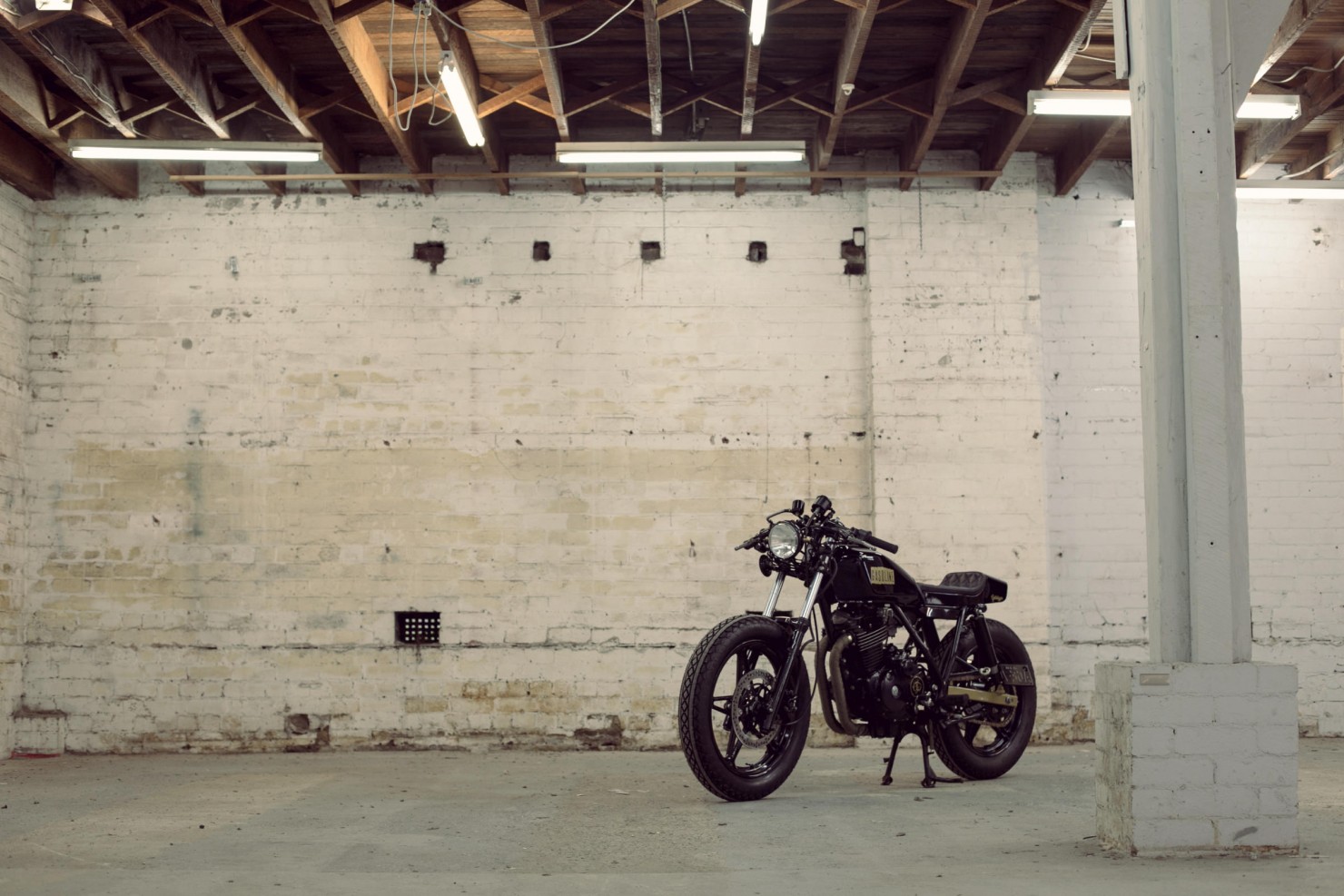 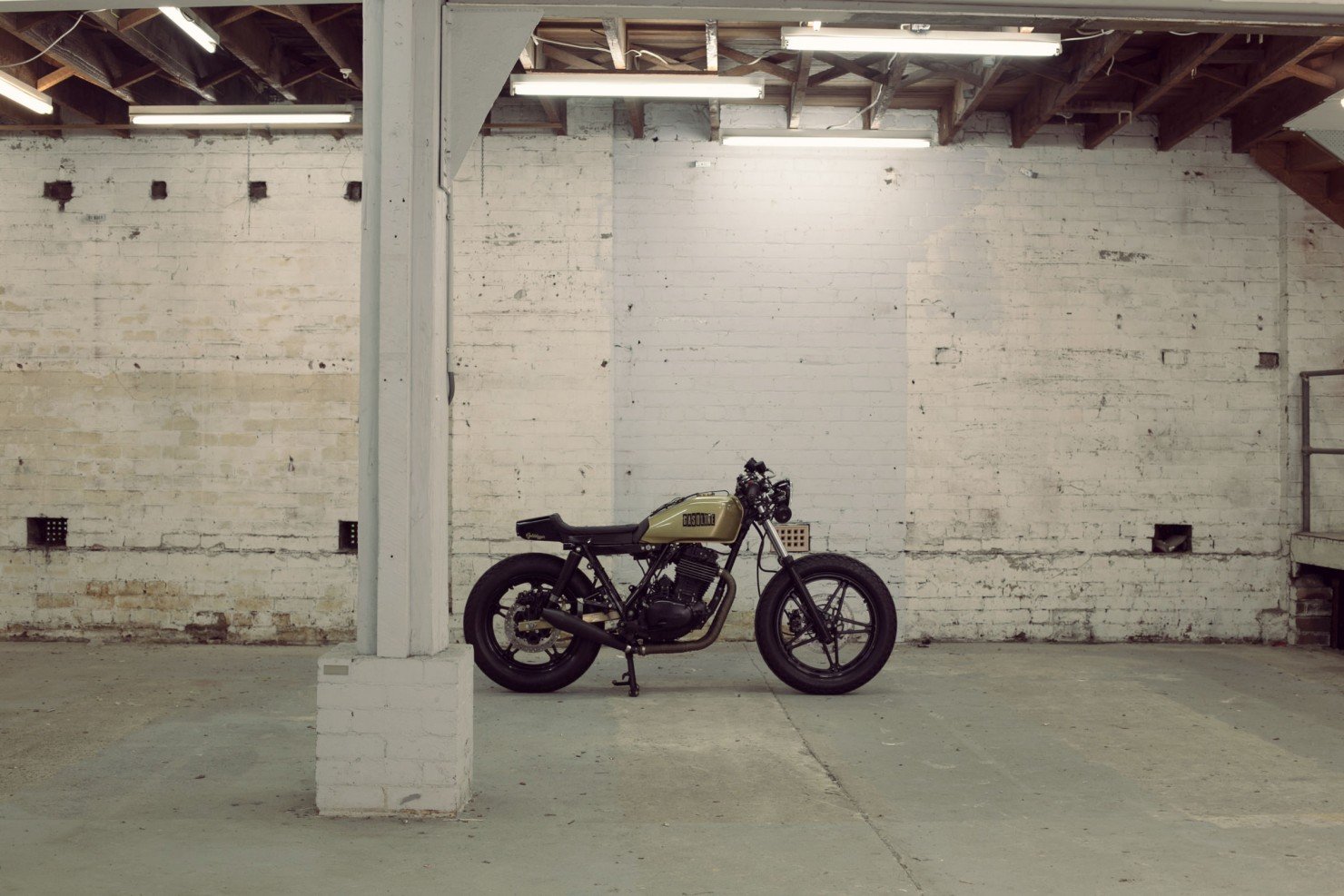 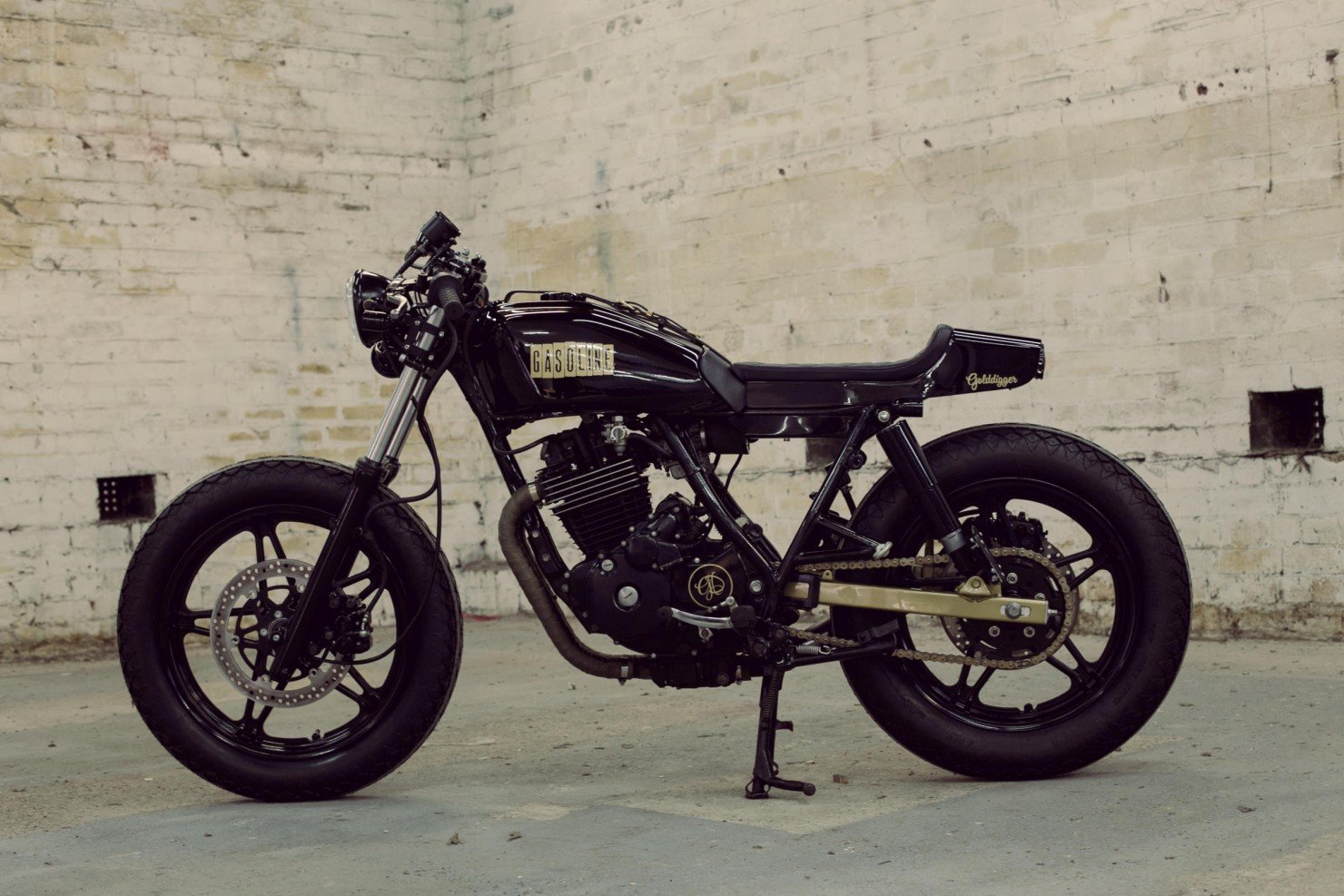 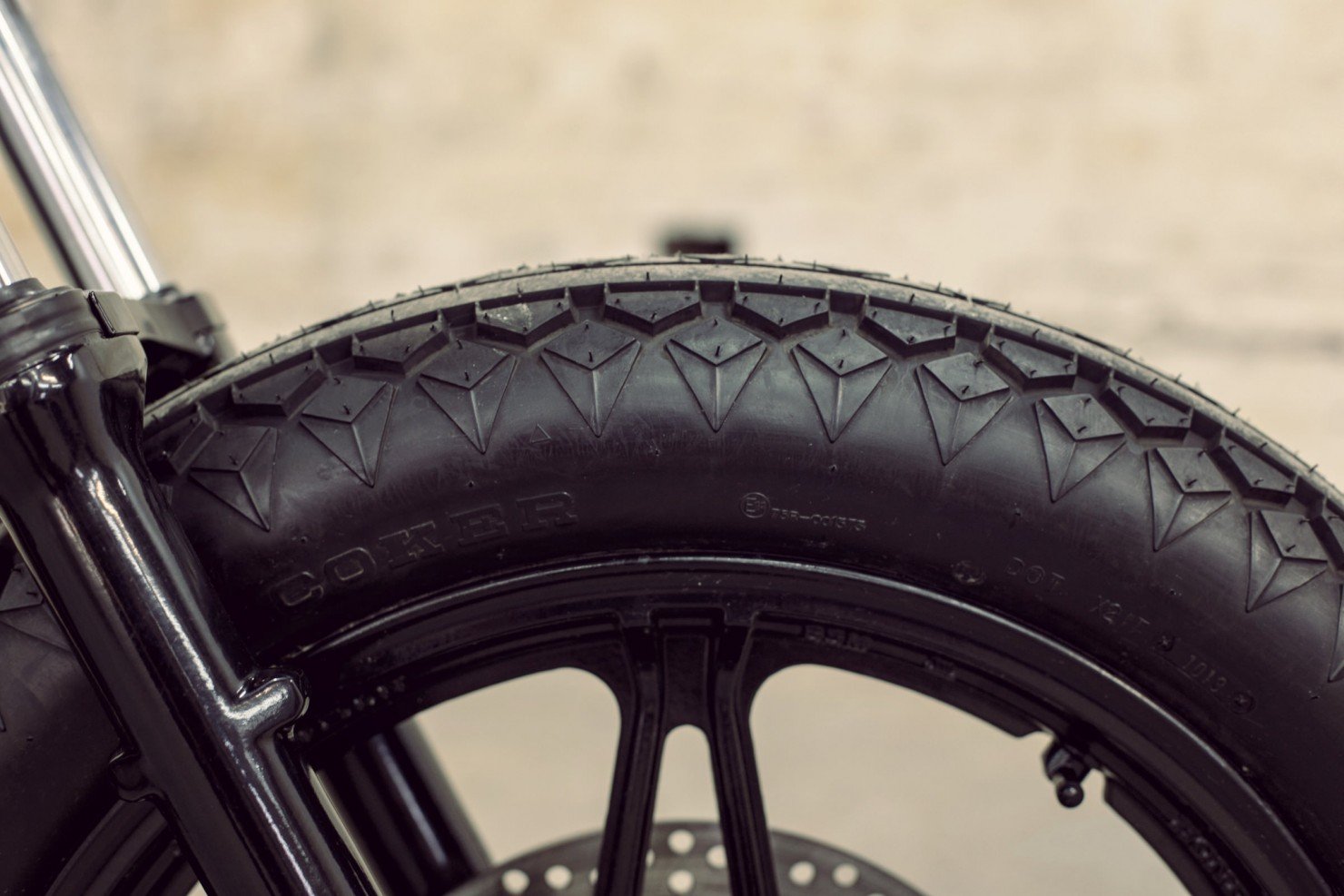 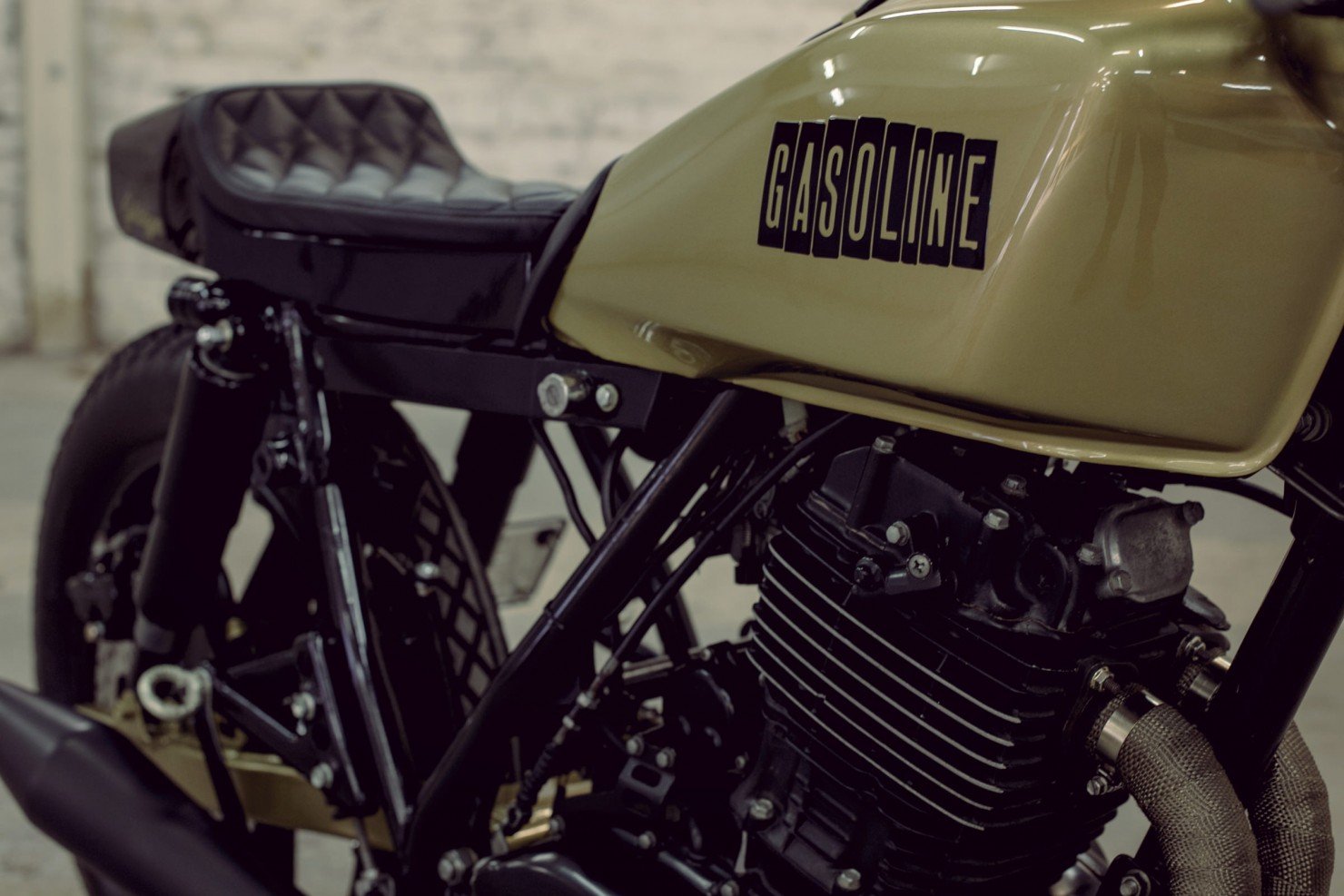 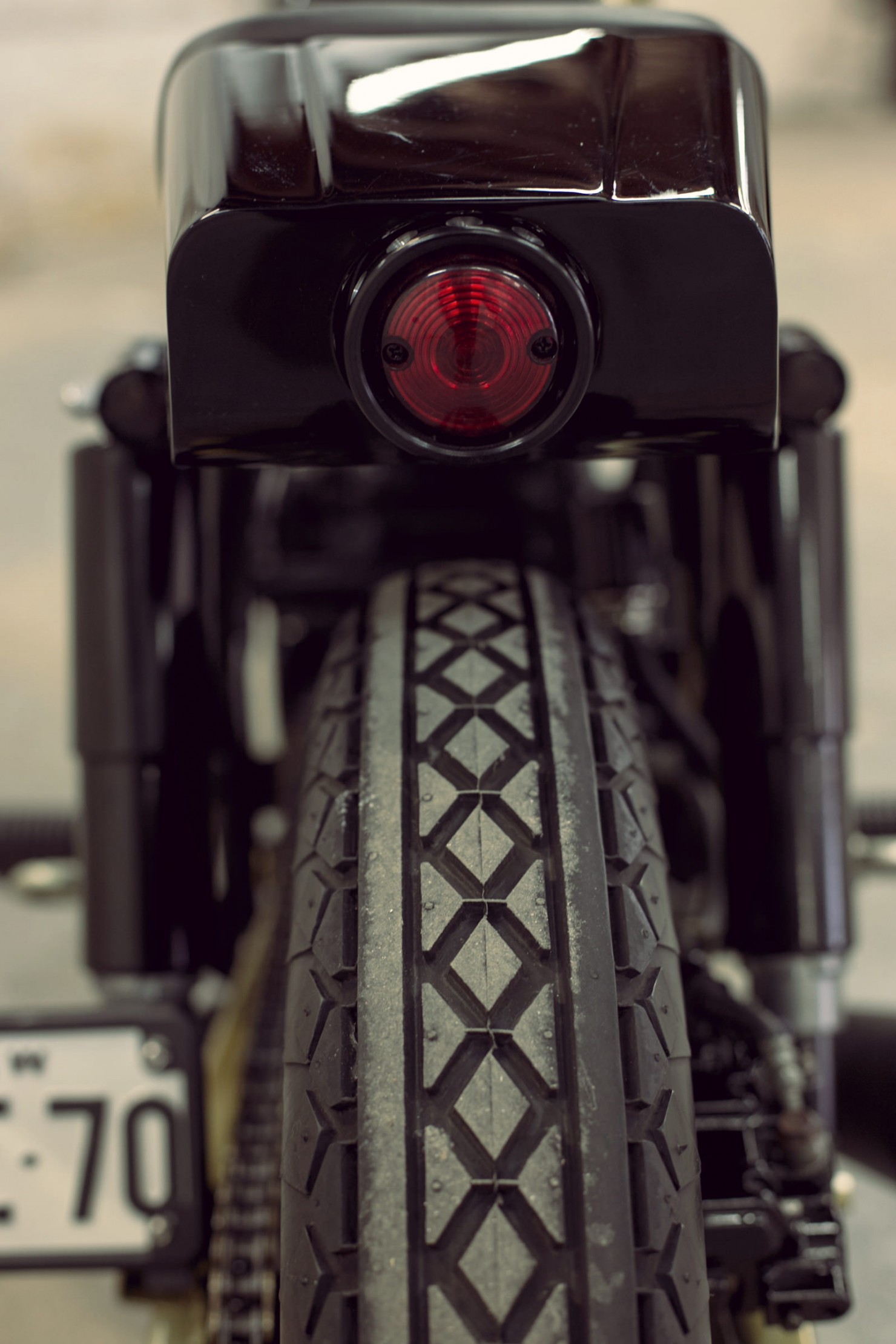 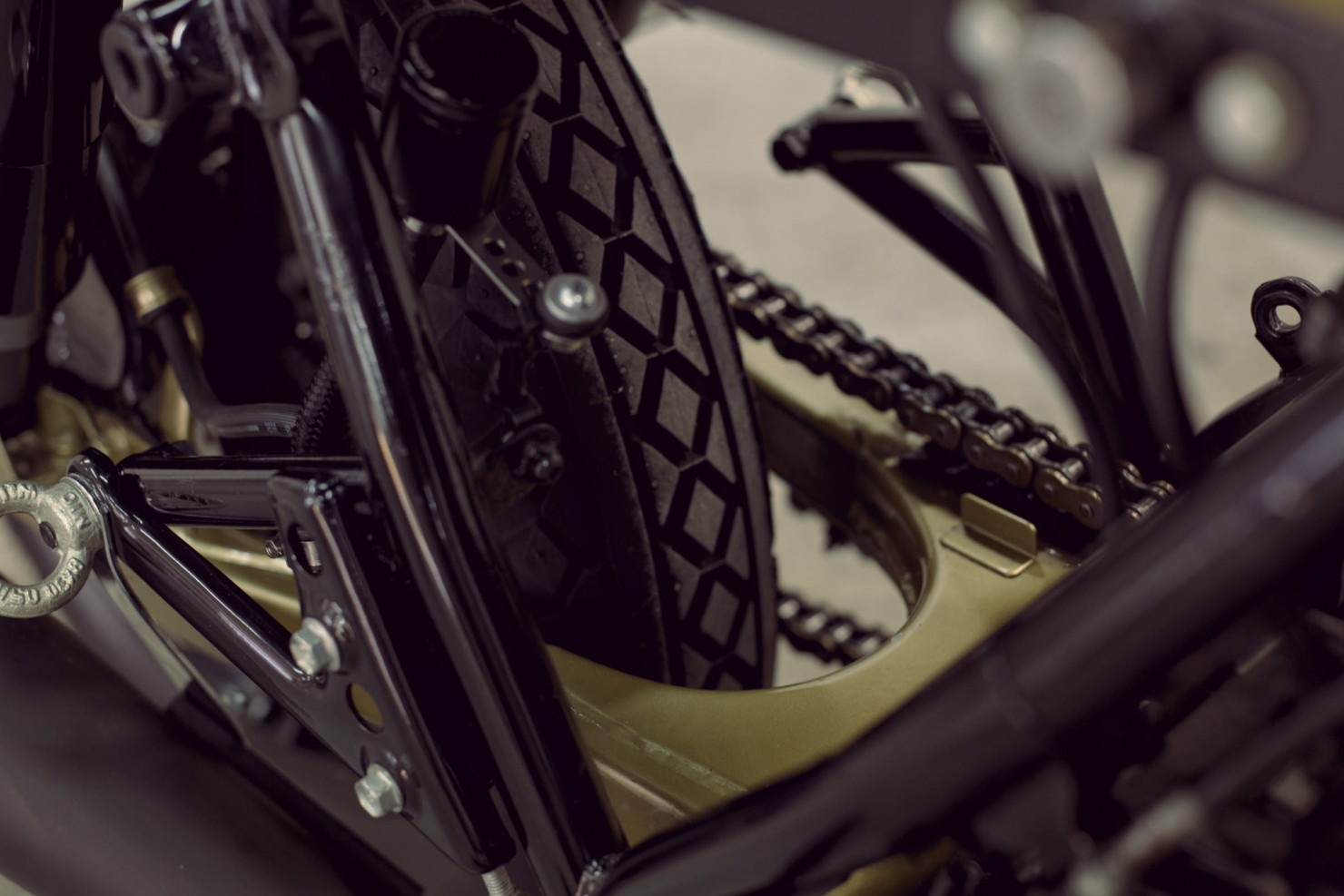 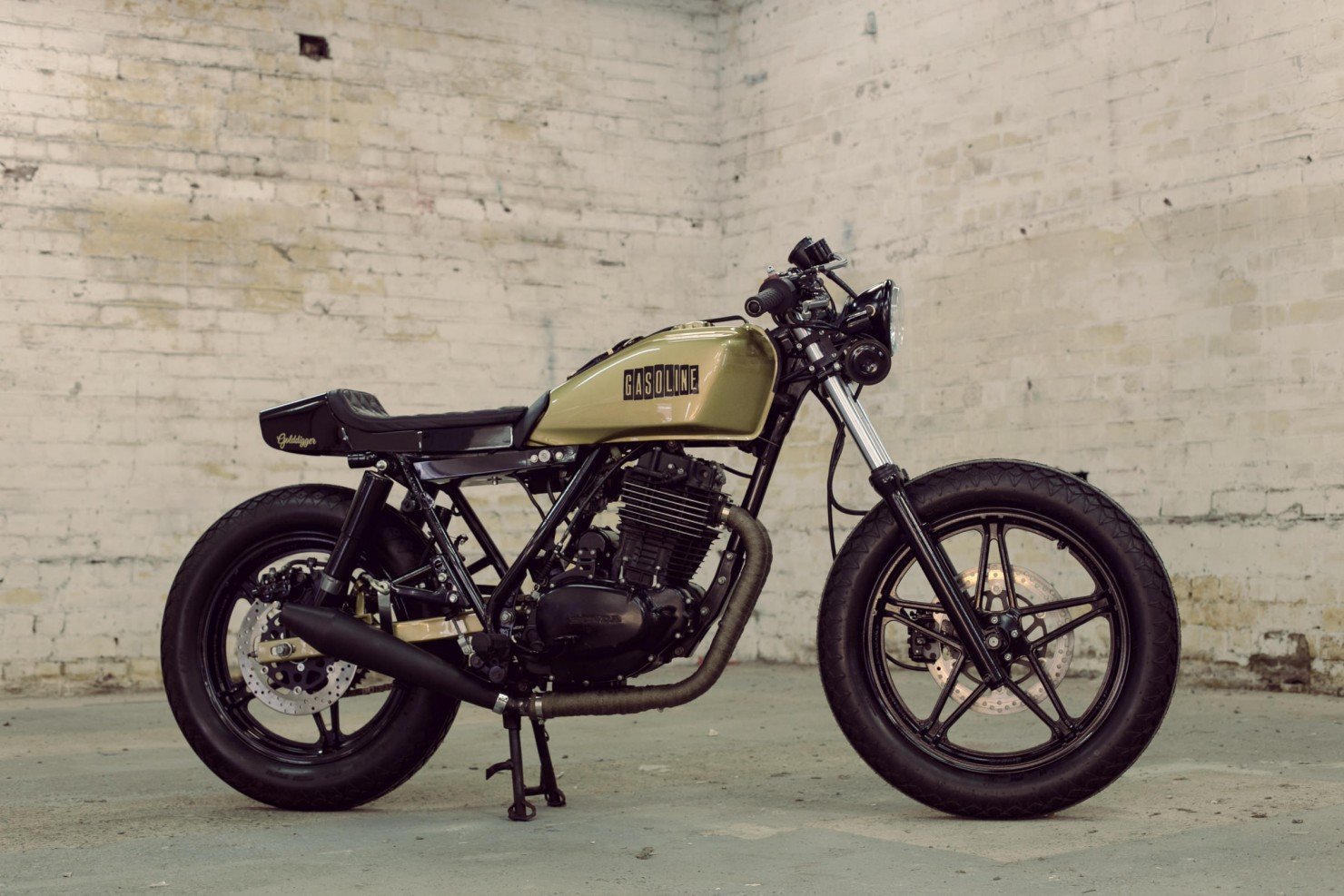 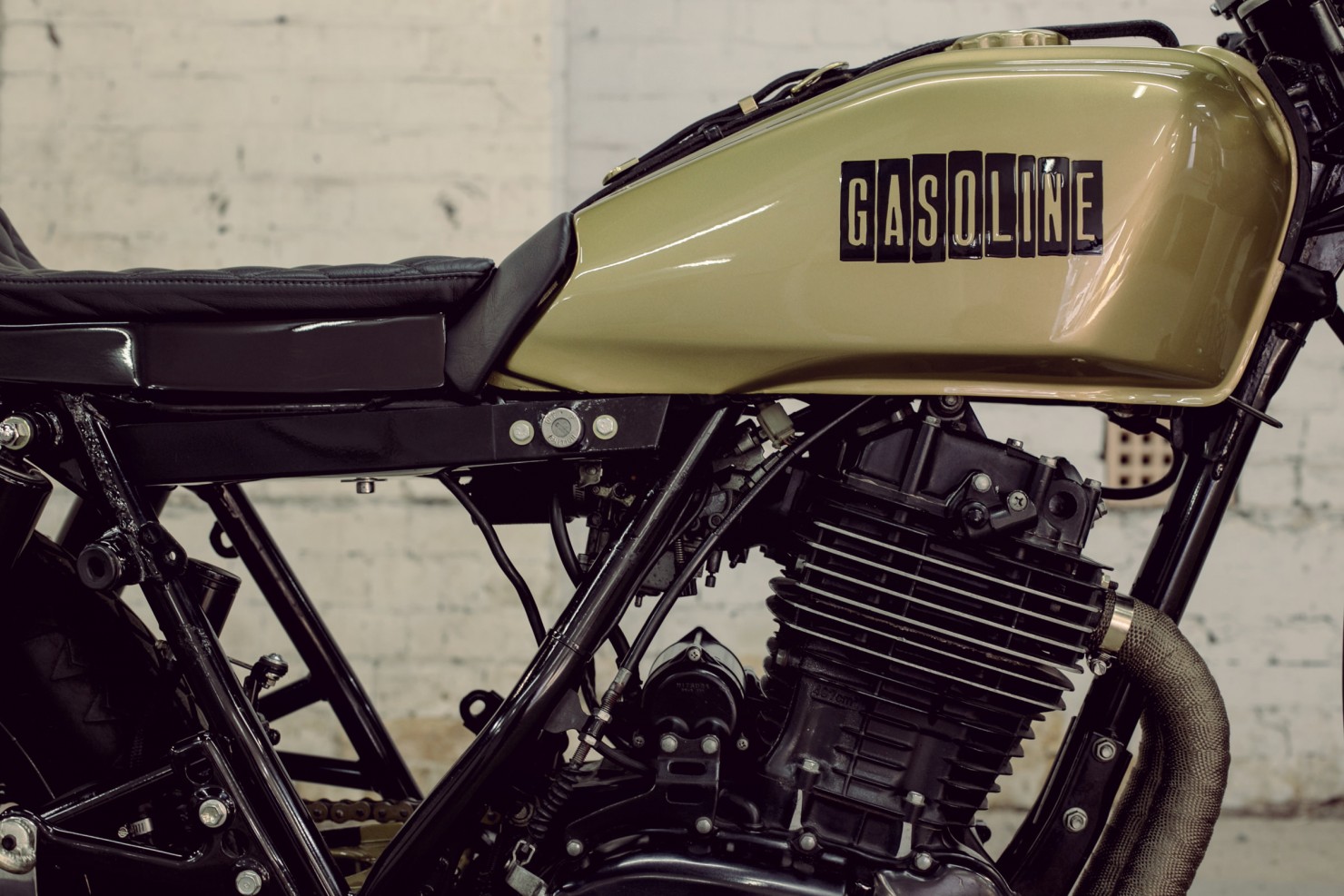 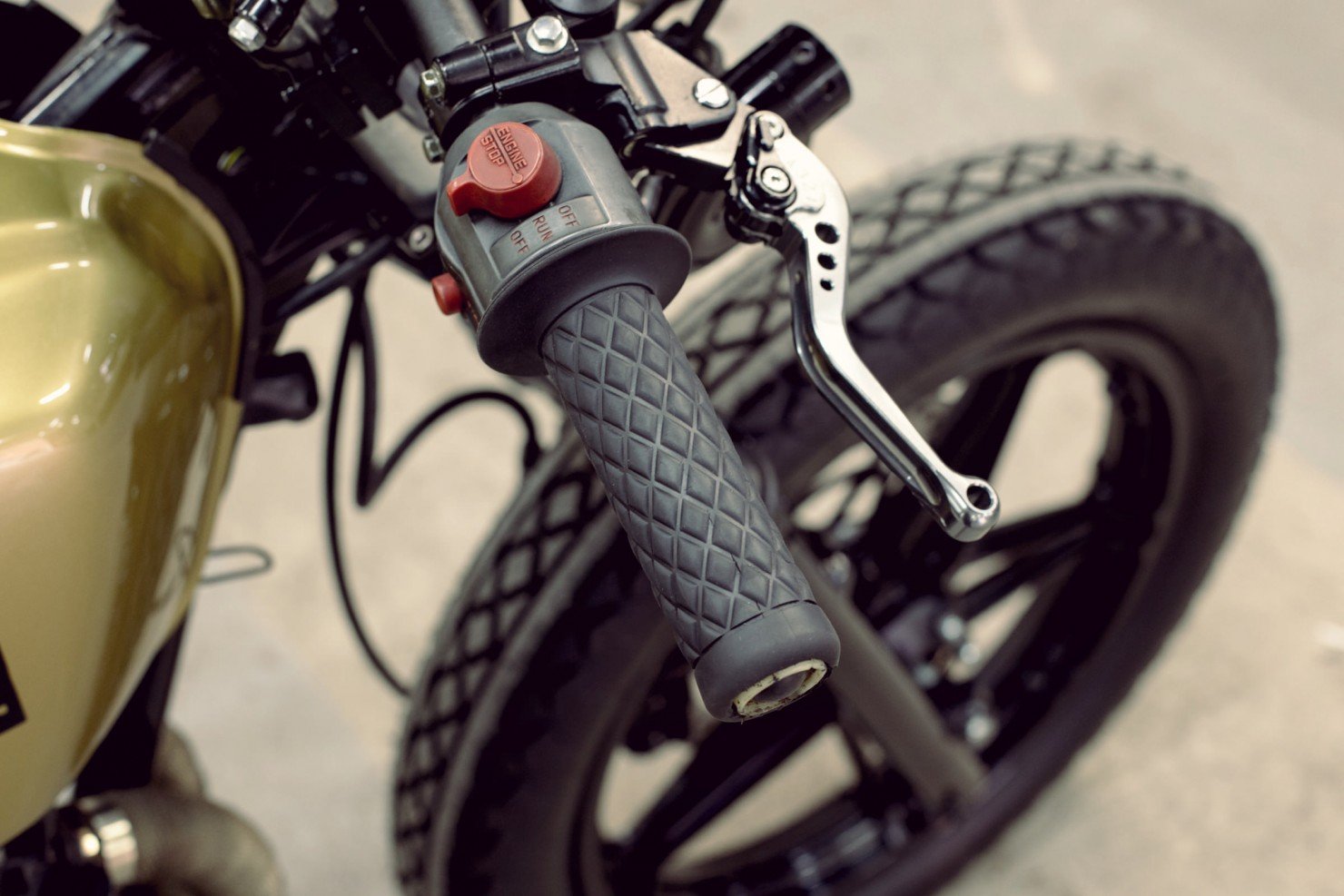 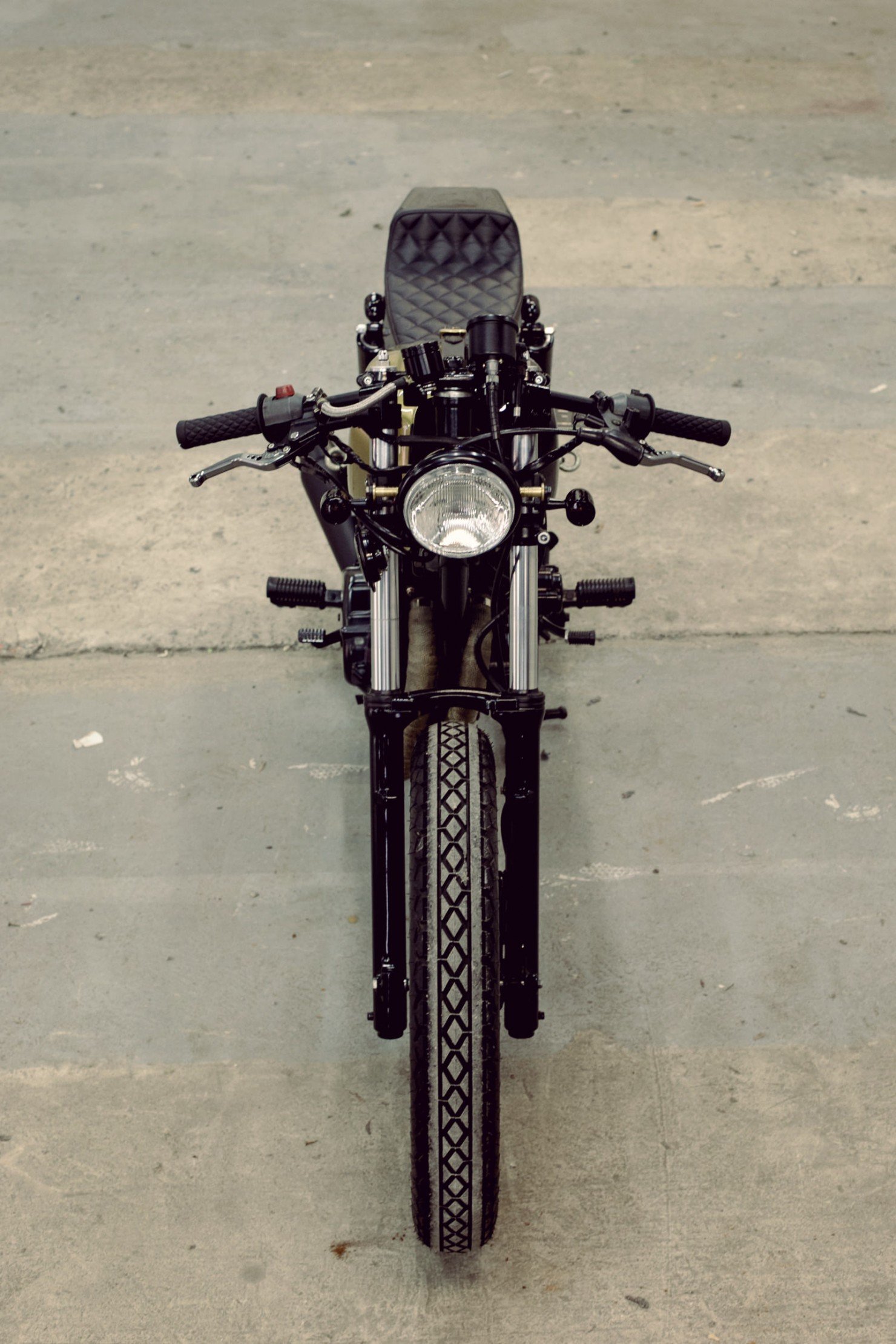 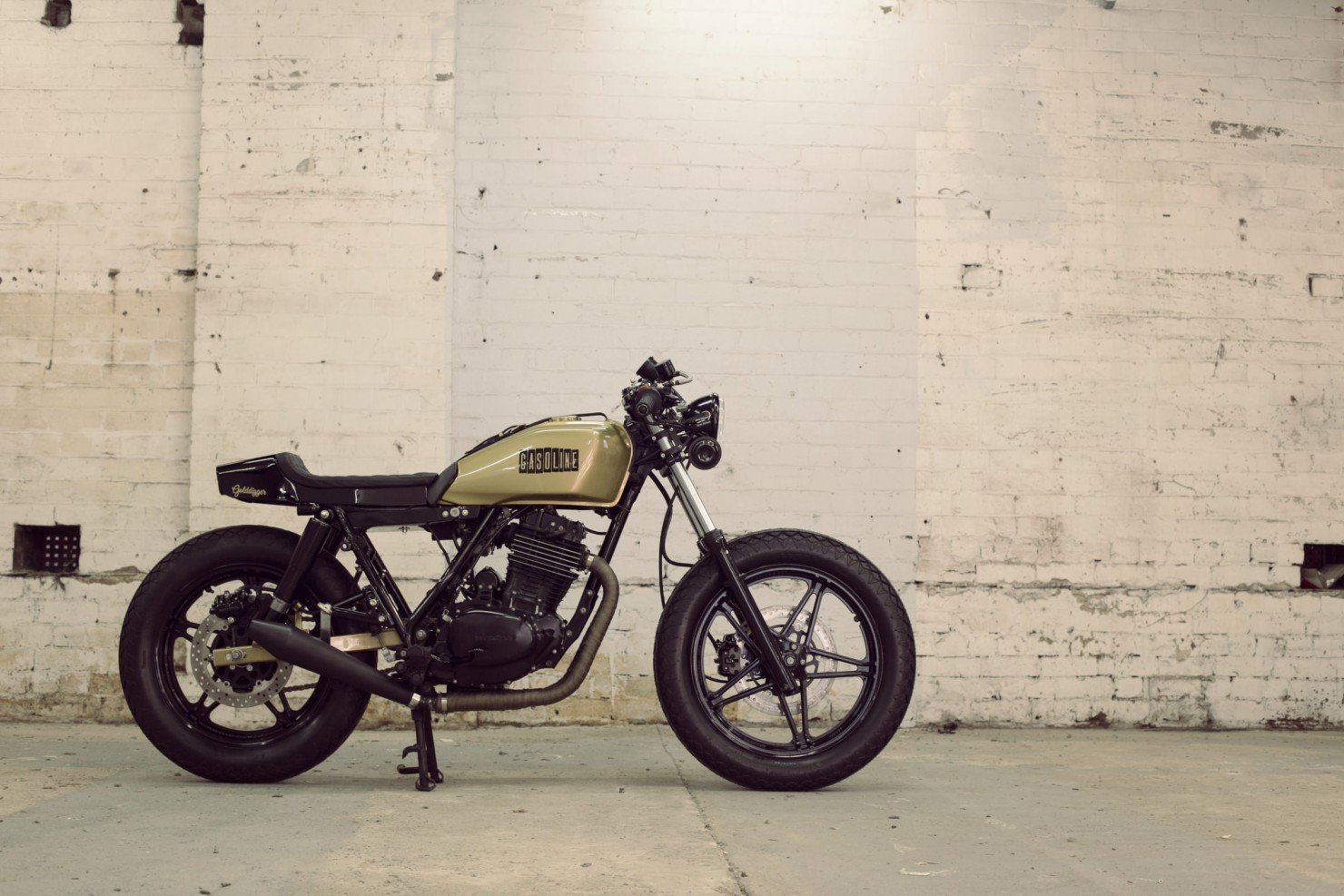 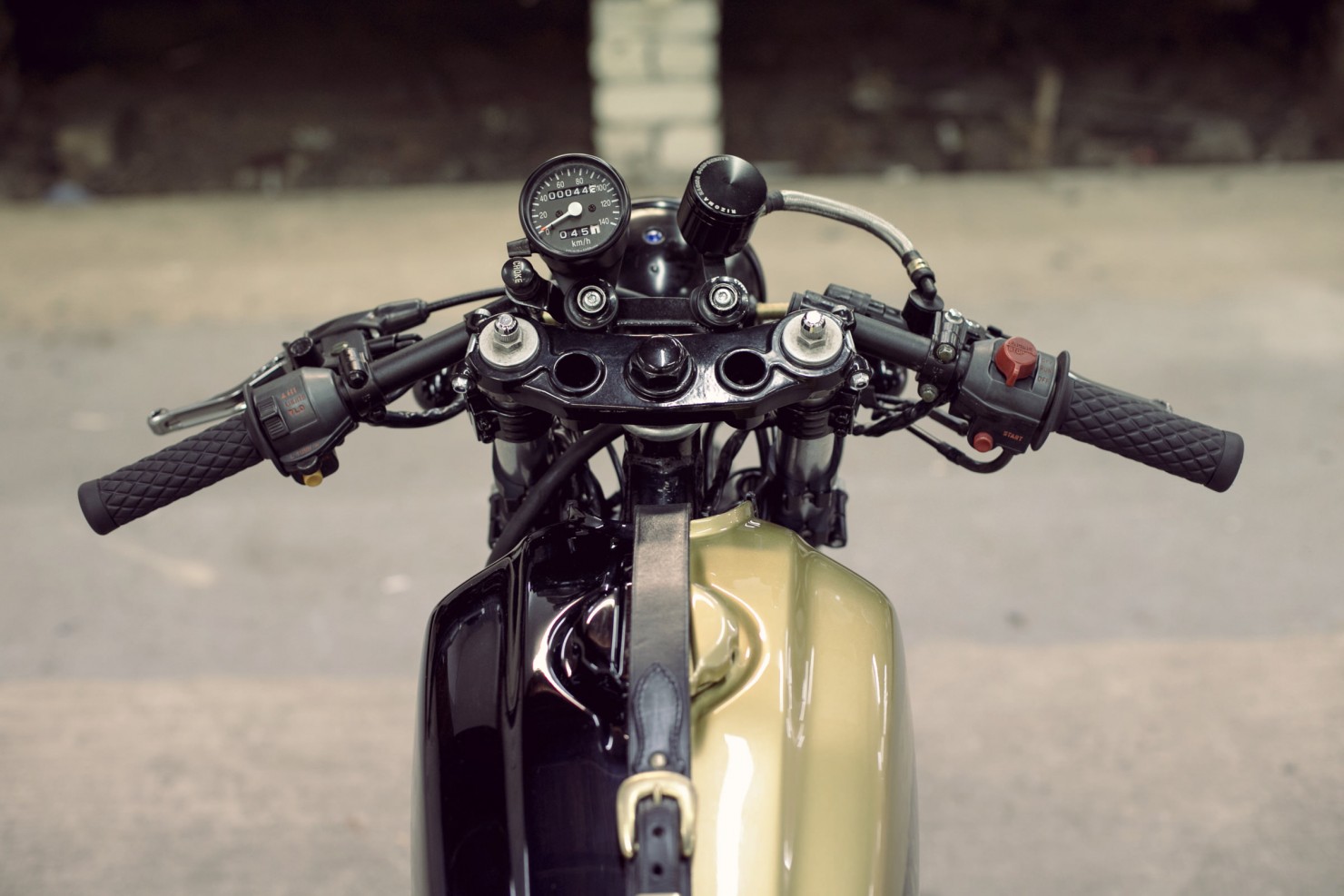 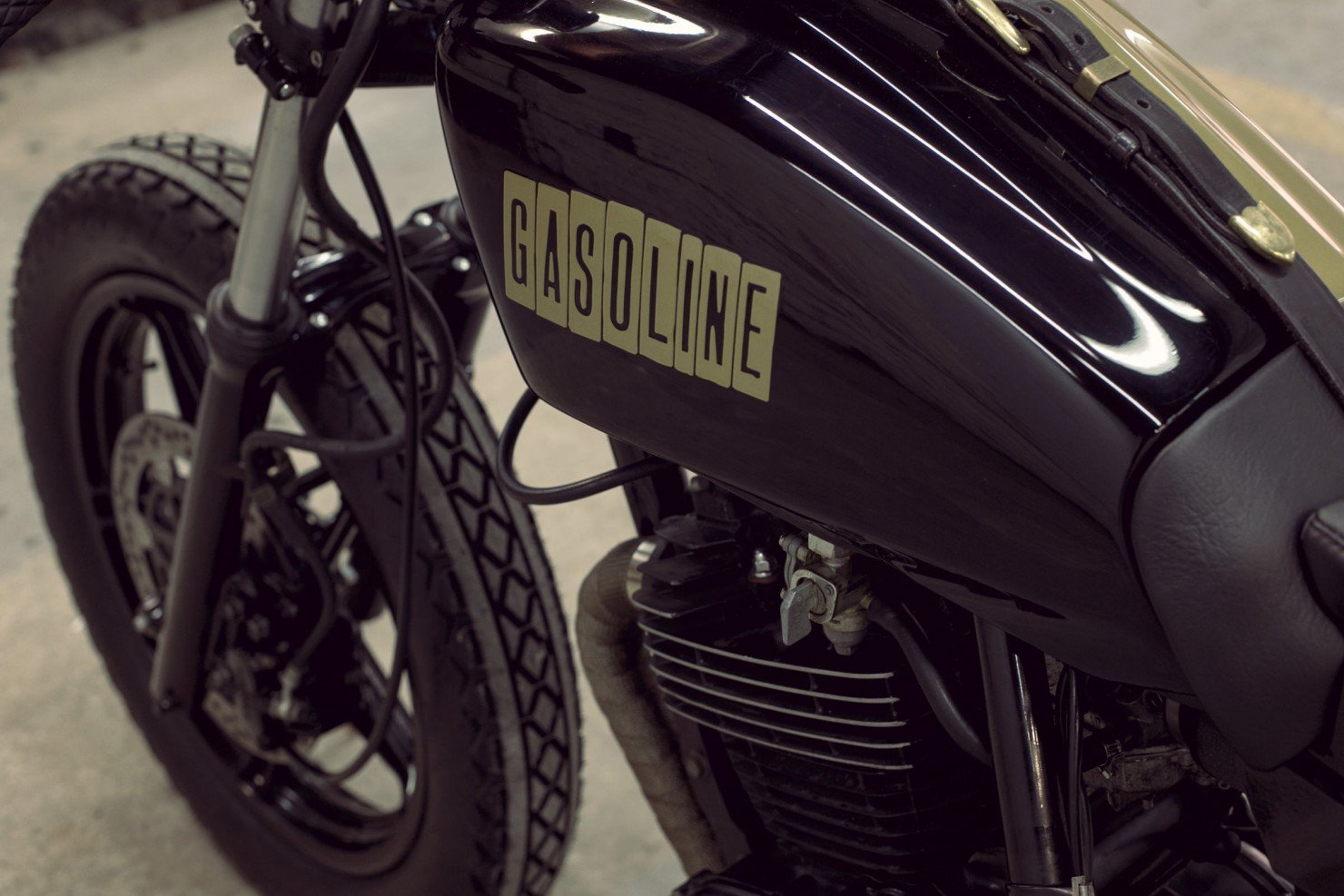 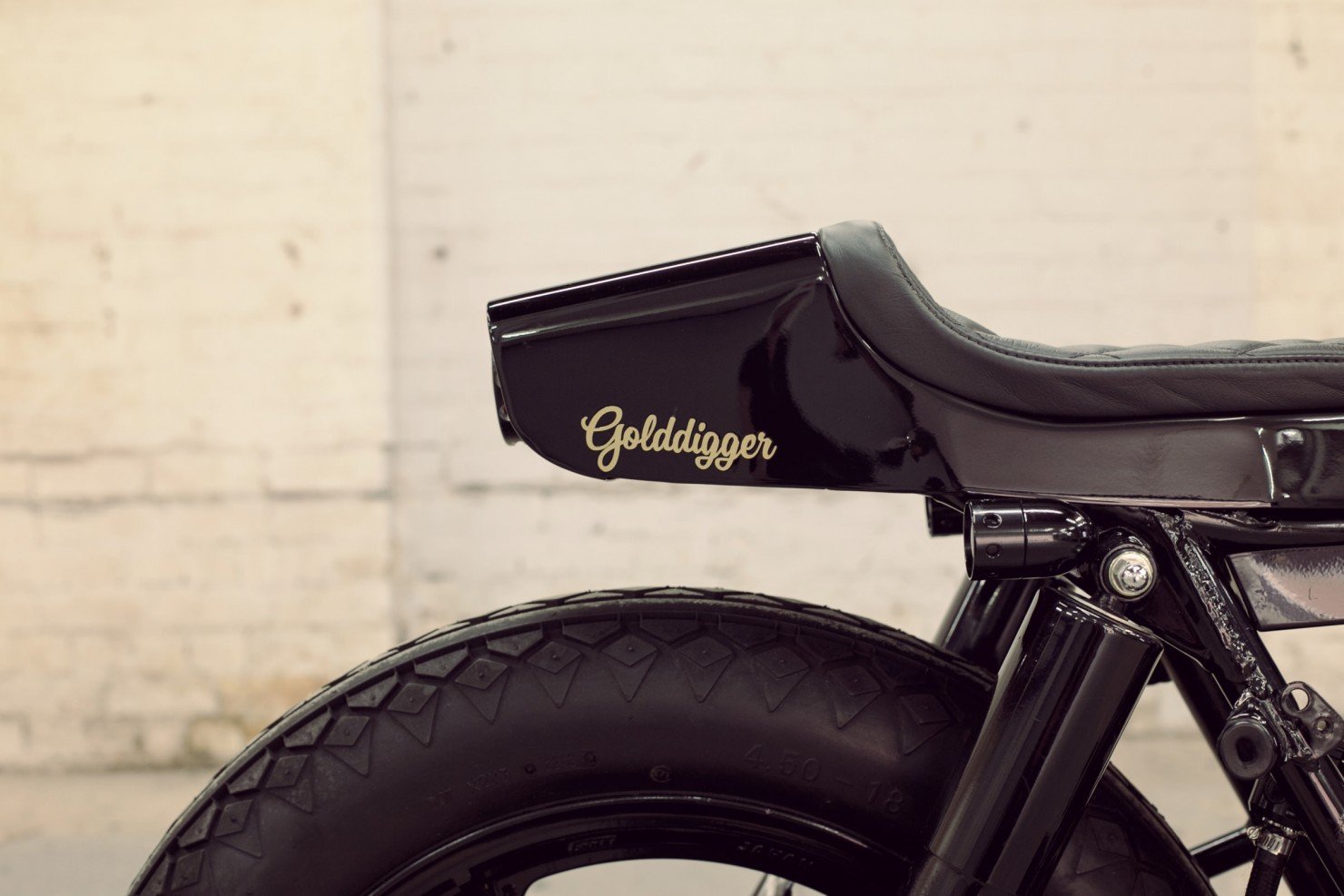 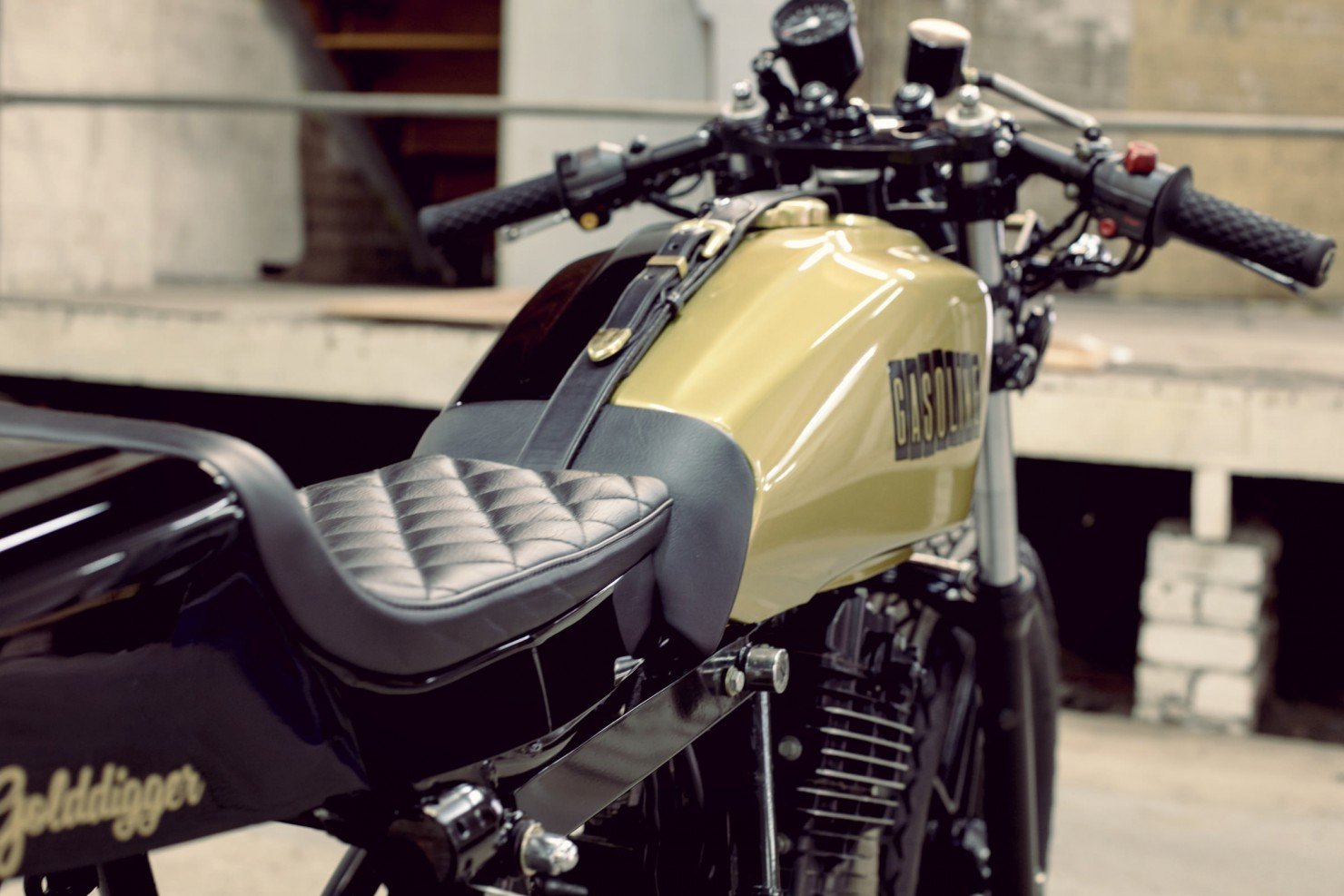 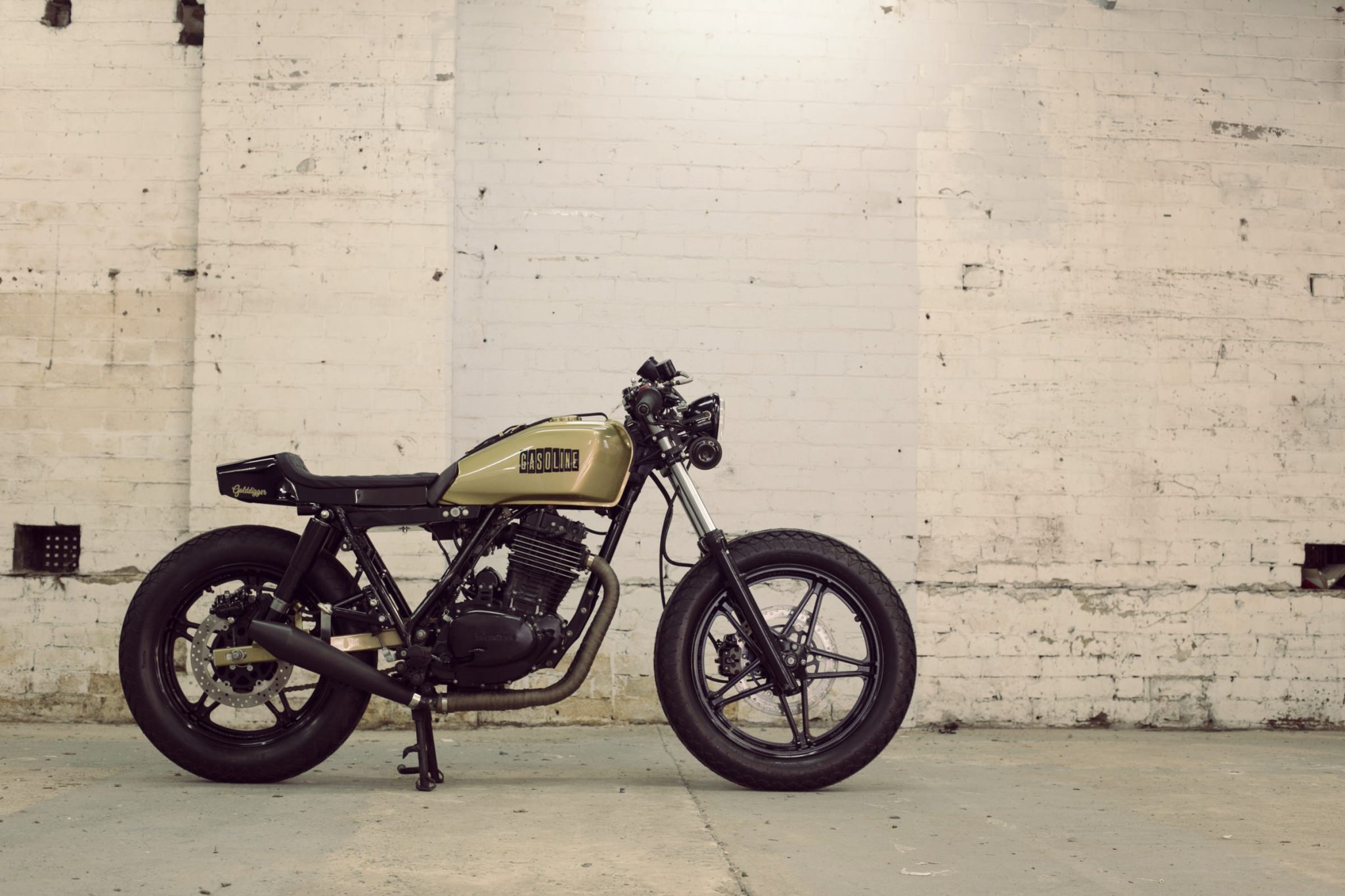 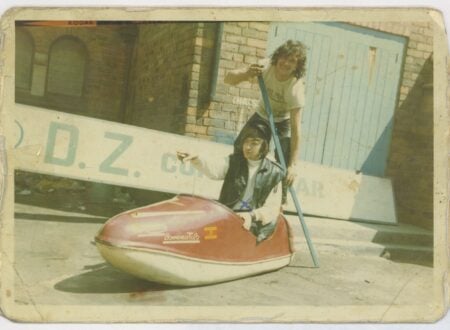 This is an edited extract from This Way To The Revolution, a book by Ian Francis about Birmingham in the late 60s. Available via…

Tuning For Speed is a book by legendary engineer Phil Irving about how to performance tune motorcycle engines, if you recognise the name Phil Irving but…