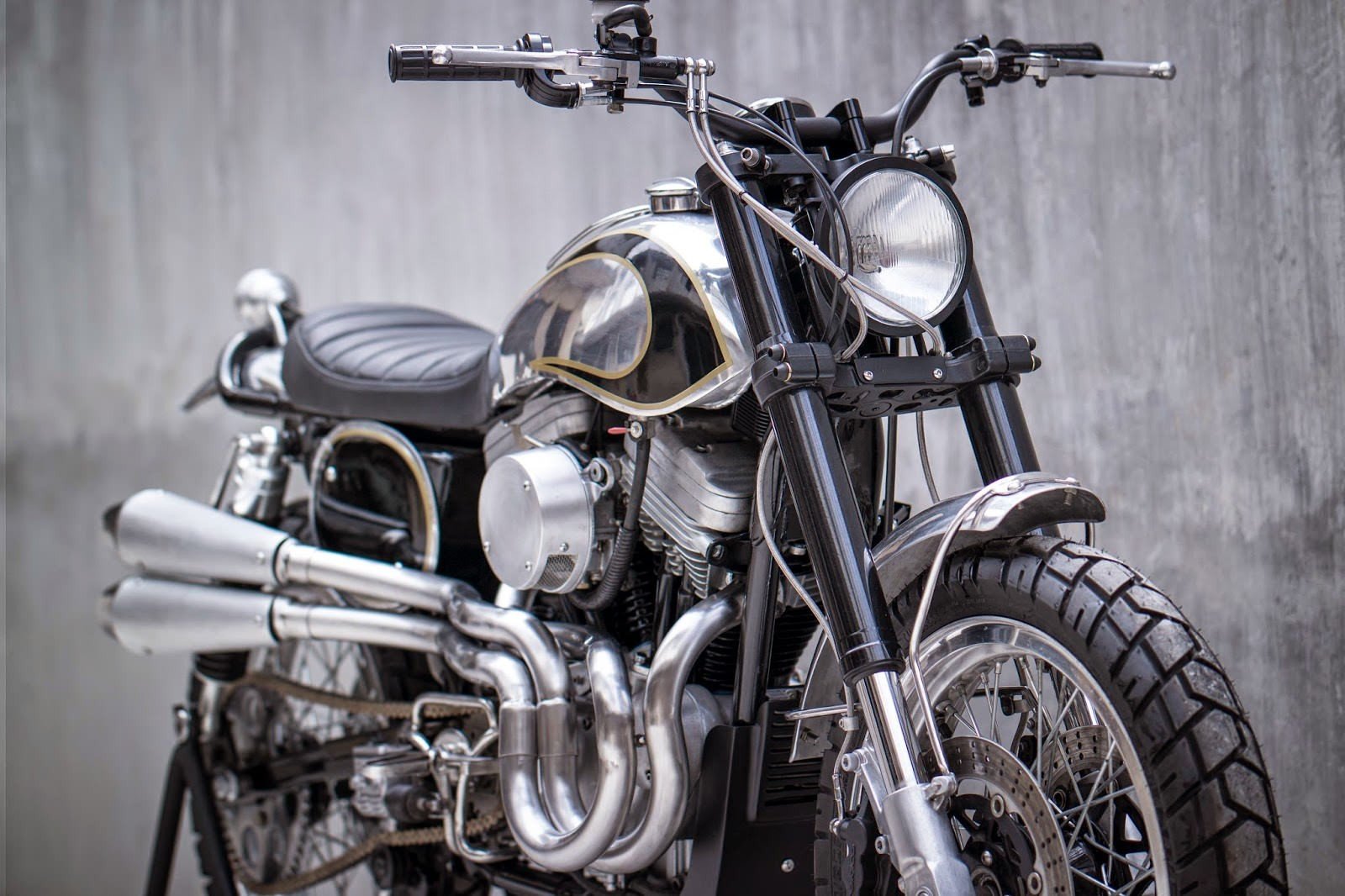 Harley-Davidson is not a motorcycle manufacturer that many will associate with off-road adventuring, the company has carved out a significant niche as the world’s foremost asphalt cruiser marque but as soon as the bitumen fades into gravel – you’d be better off on foot. Until now.

This is the American Scrambler – a Harley-Davidson designed to be capable of handling itself on the 99.98% of the planet that isn’t paved. It’s the work of Benjie Flipprboi, a man who is one of the most respected custom motorcycle builders operating in the world today, and a man who prides himself on hand-fabricating almost every part used on his bikes.

Benjie’s workshop is overflowing with vintage motorcycles of every description and for many years, off tucked in a corner, was an 1999 Harley-Davidson Sportster. It had been customised by an amateur at some point in its past and it was looking much worse for wear.

There had been many debates in the garage about what would become of the dusty Sportster.

Benjie wasn’t sure if it should be rebuilt into a cafe racer, a scrambler, a tracker or a bobber. In the end he decided to make it into a function-first scrambler designed to enhance the best elements of the model whilst fixing or tweaking some of the drawbacks.

As with all of his builds, this one started with a full teardown and rebuild – including an engine rebuild that most custom motorcycle garages try to quietly avoid. The front end from a Suzuki GSX-R1000 was fitted with a custom triple tree and no small amount of custom machine work needed to make it all fit – and to keep the twin discs.

To bring the rear up a set of new longer shocks were fitted and the mounts were moved up by an inch, a set of Borrani rims were fitted front and back with a set of meaty dual sport tires.

The next or of business was a seat, fenders and fuel tank – all built by hand, and a new high-exit scrambler exhaust to keep the pipes out of the drink. The completed bike is one of our favourite Harleys in recent memory – we’re just waiting for a video to surface of it being properly flogged off-road. 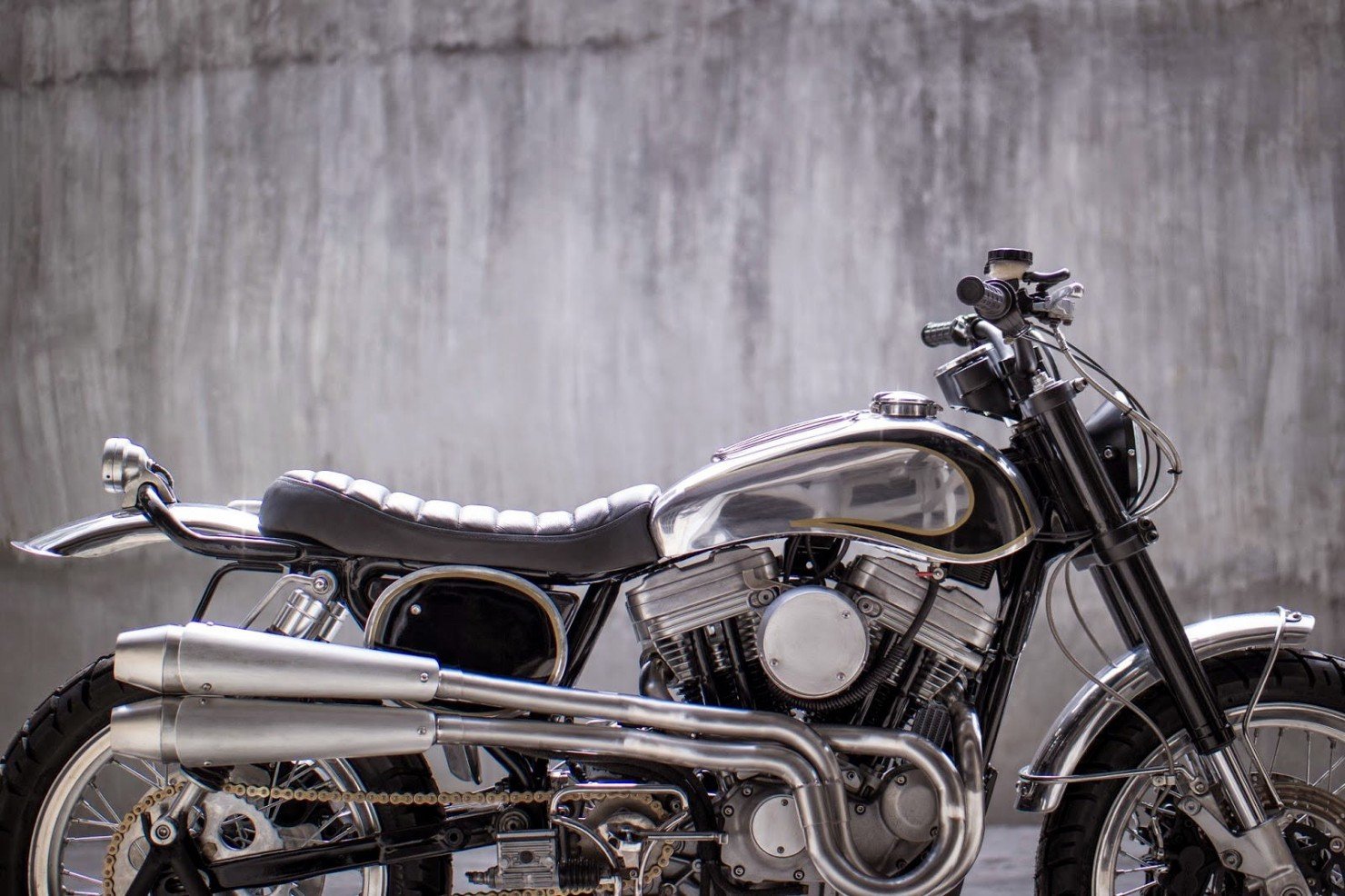 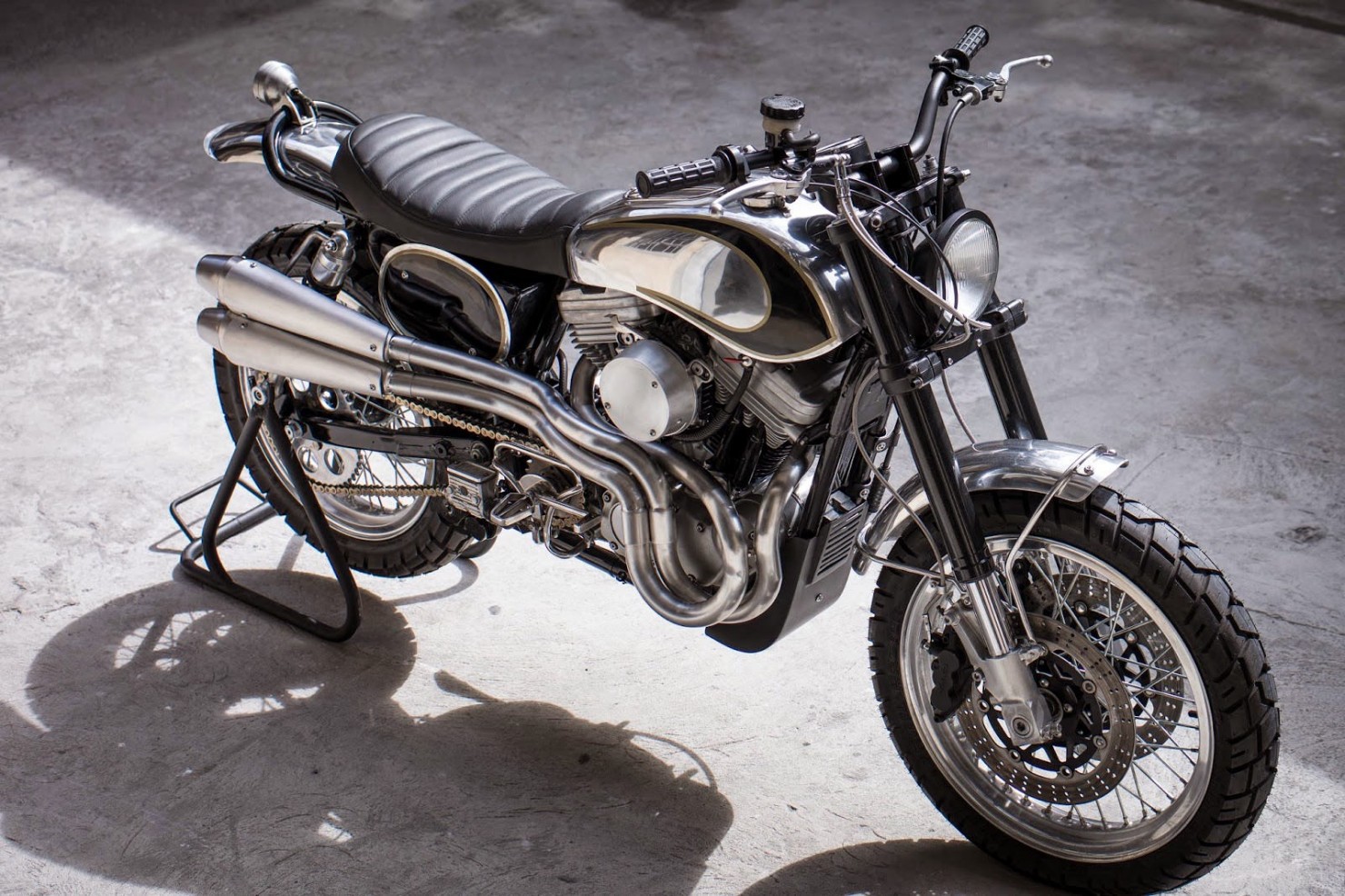 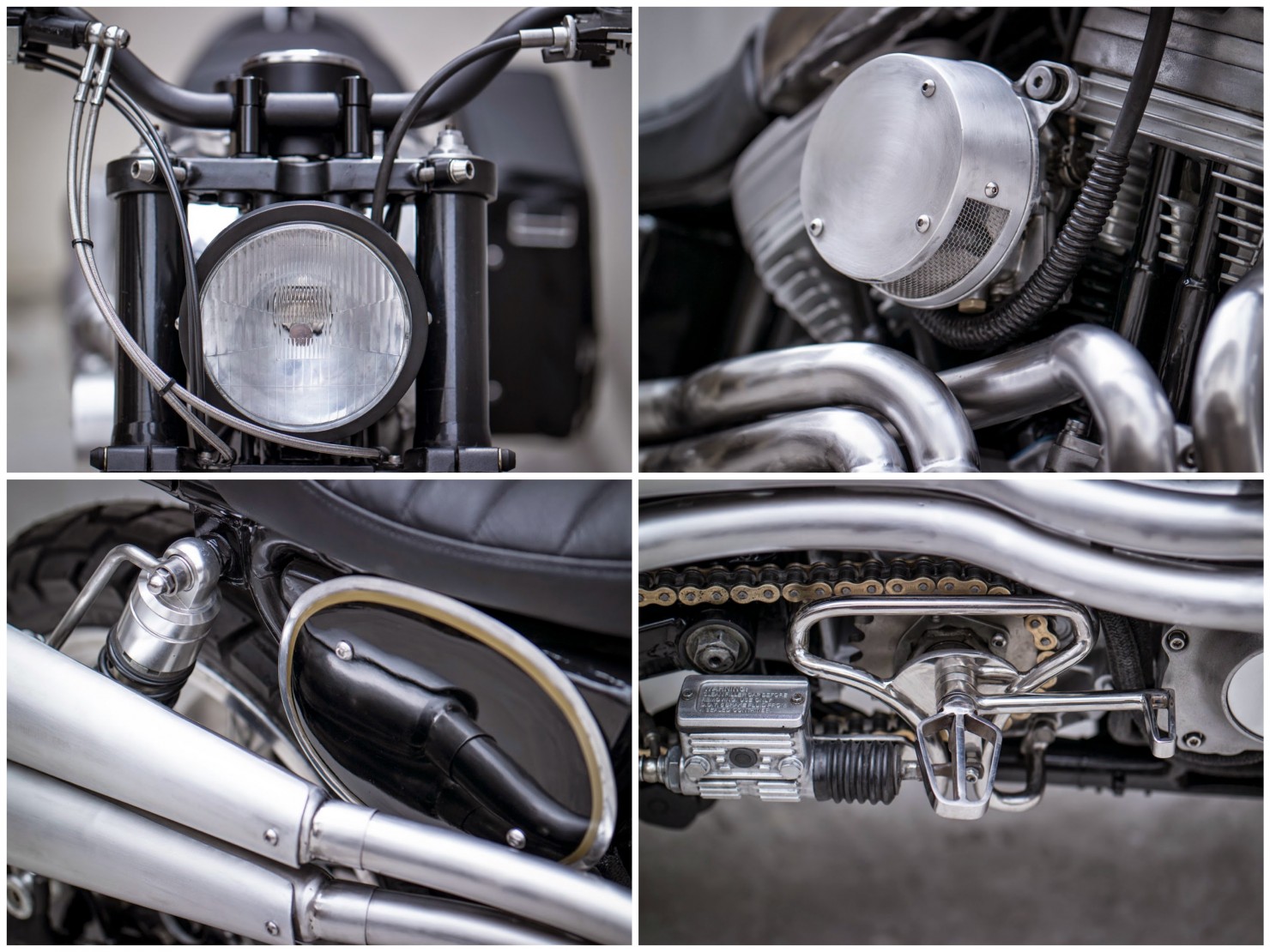 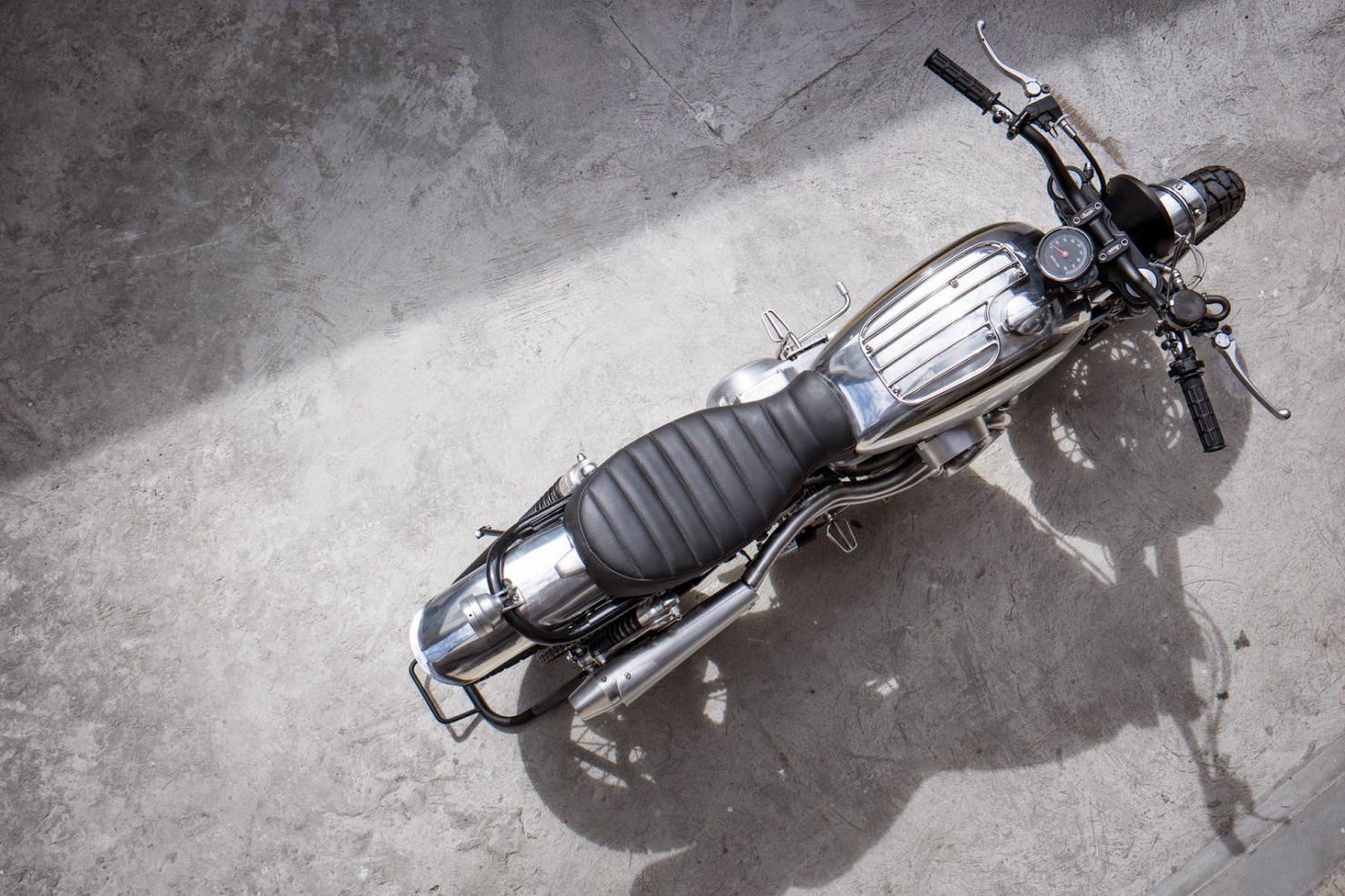 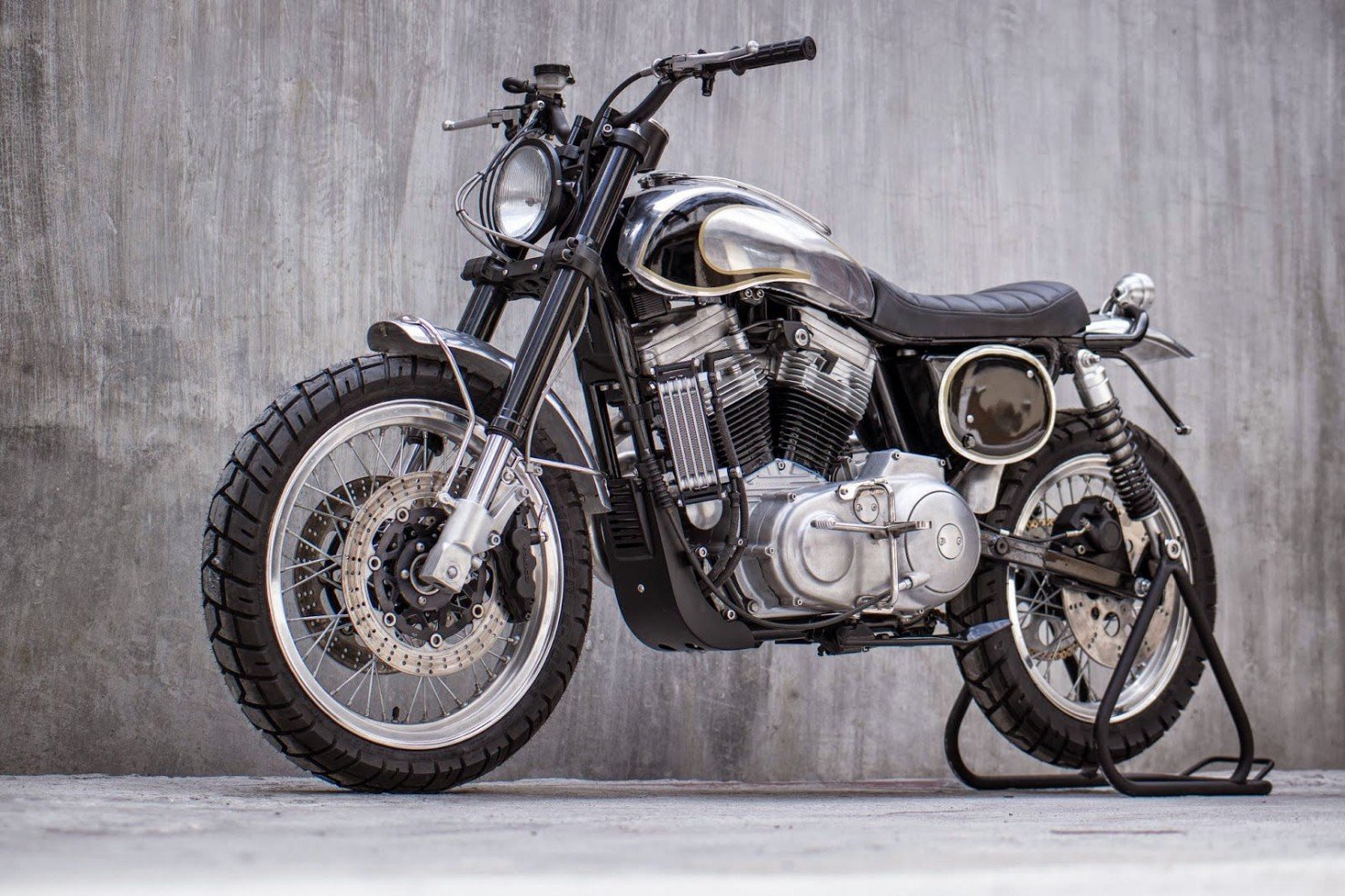 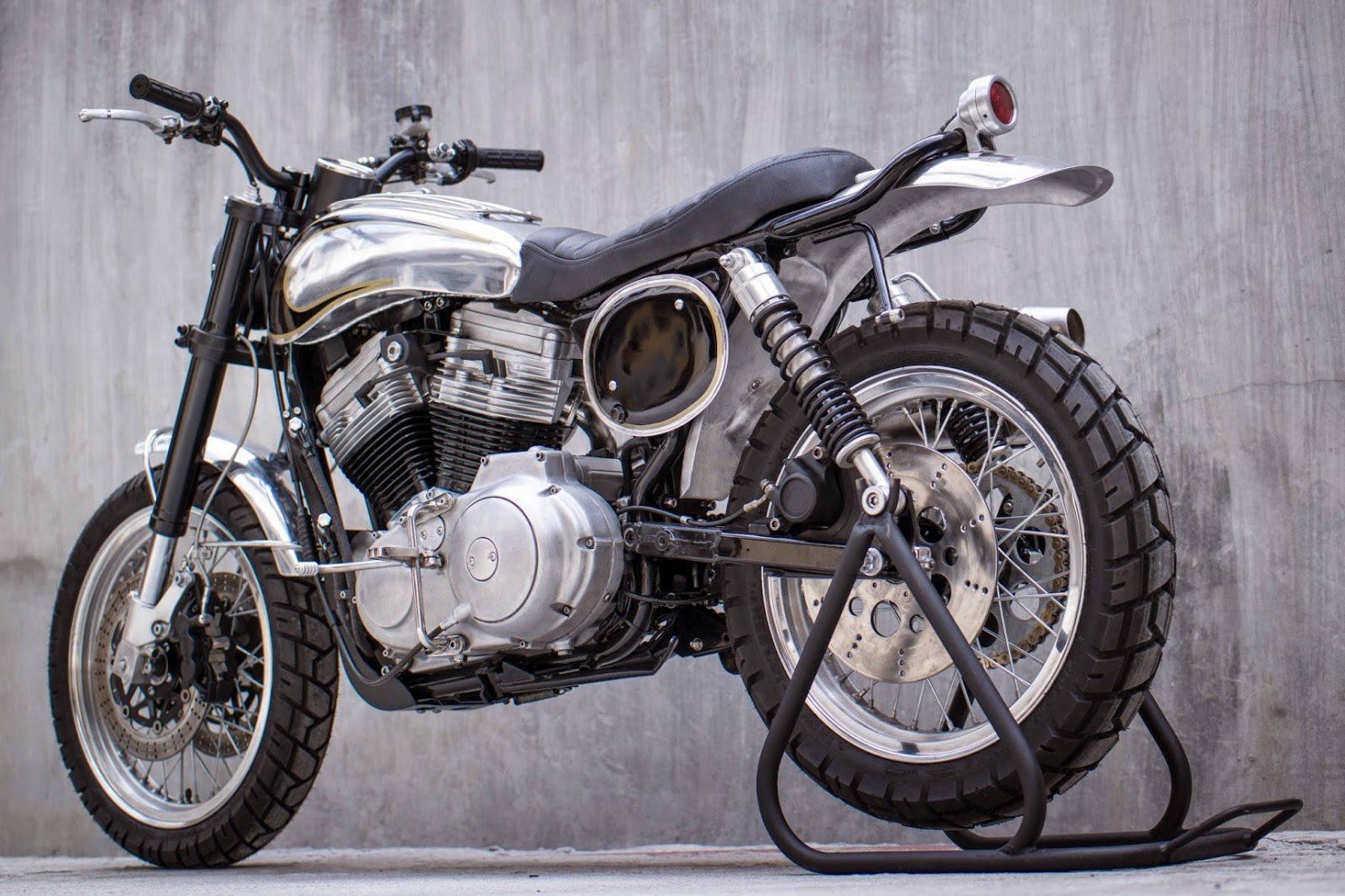 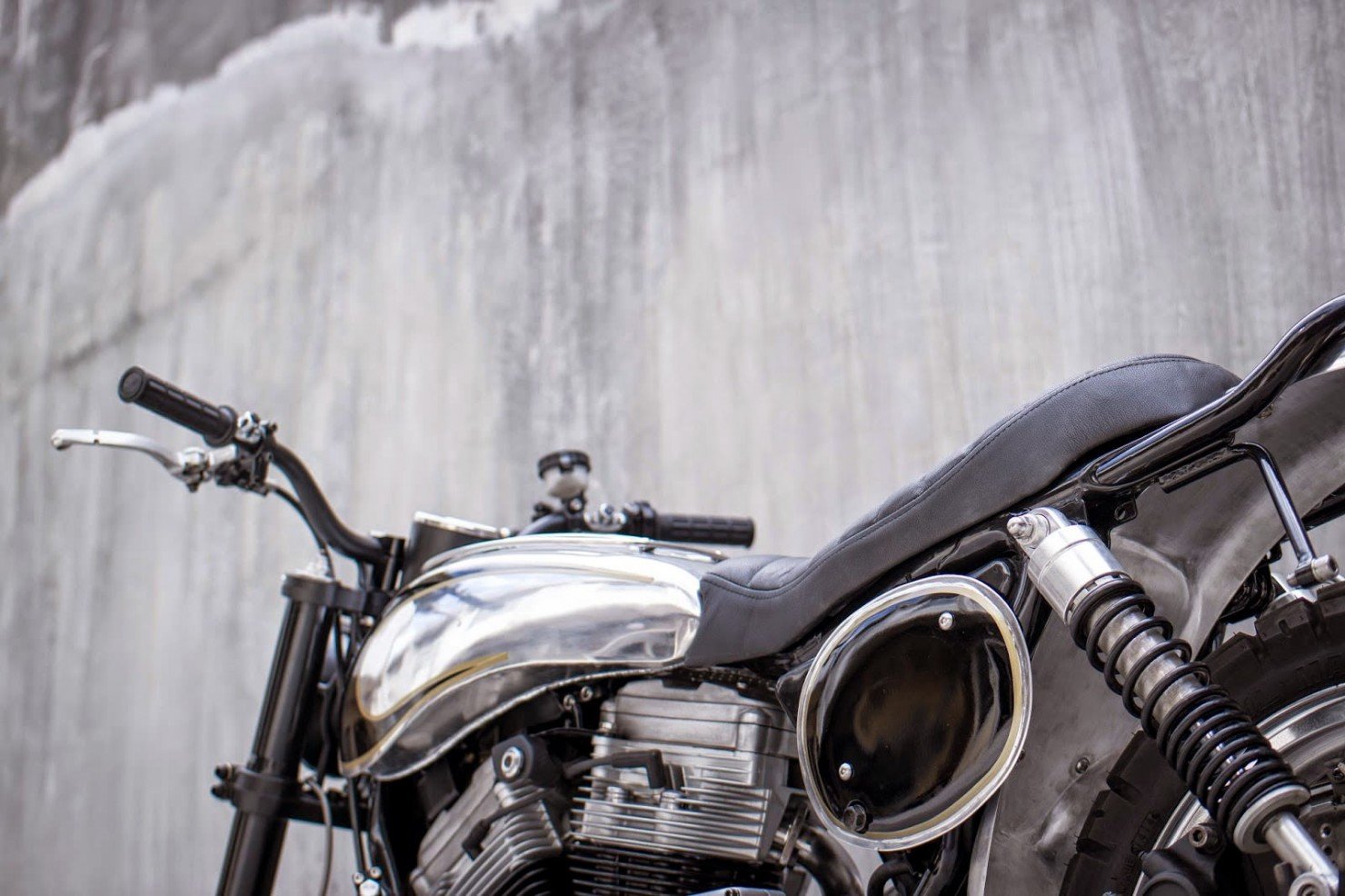 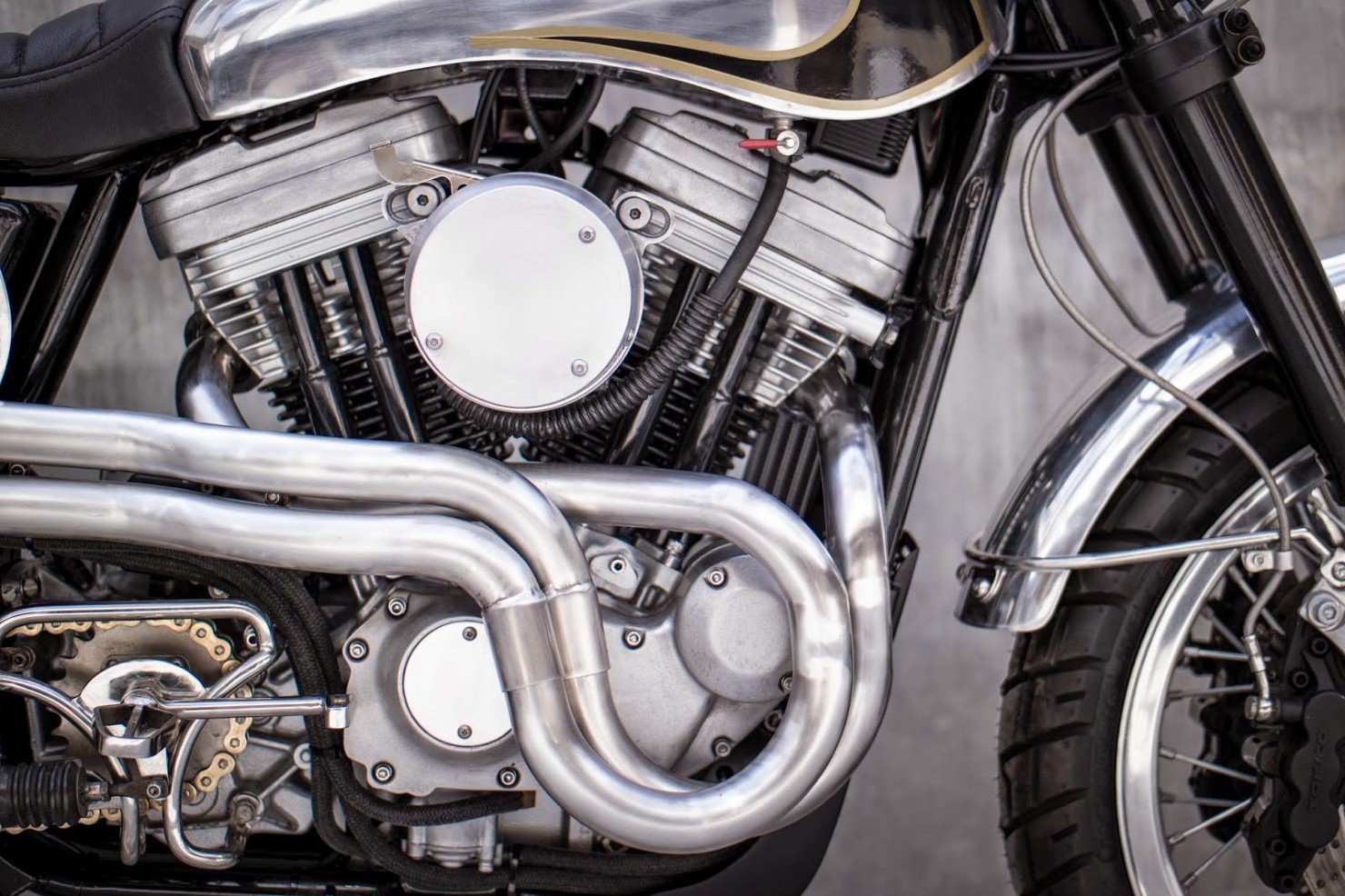 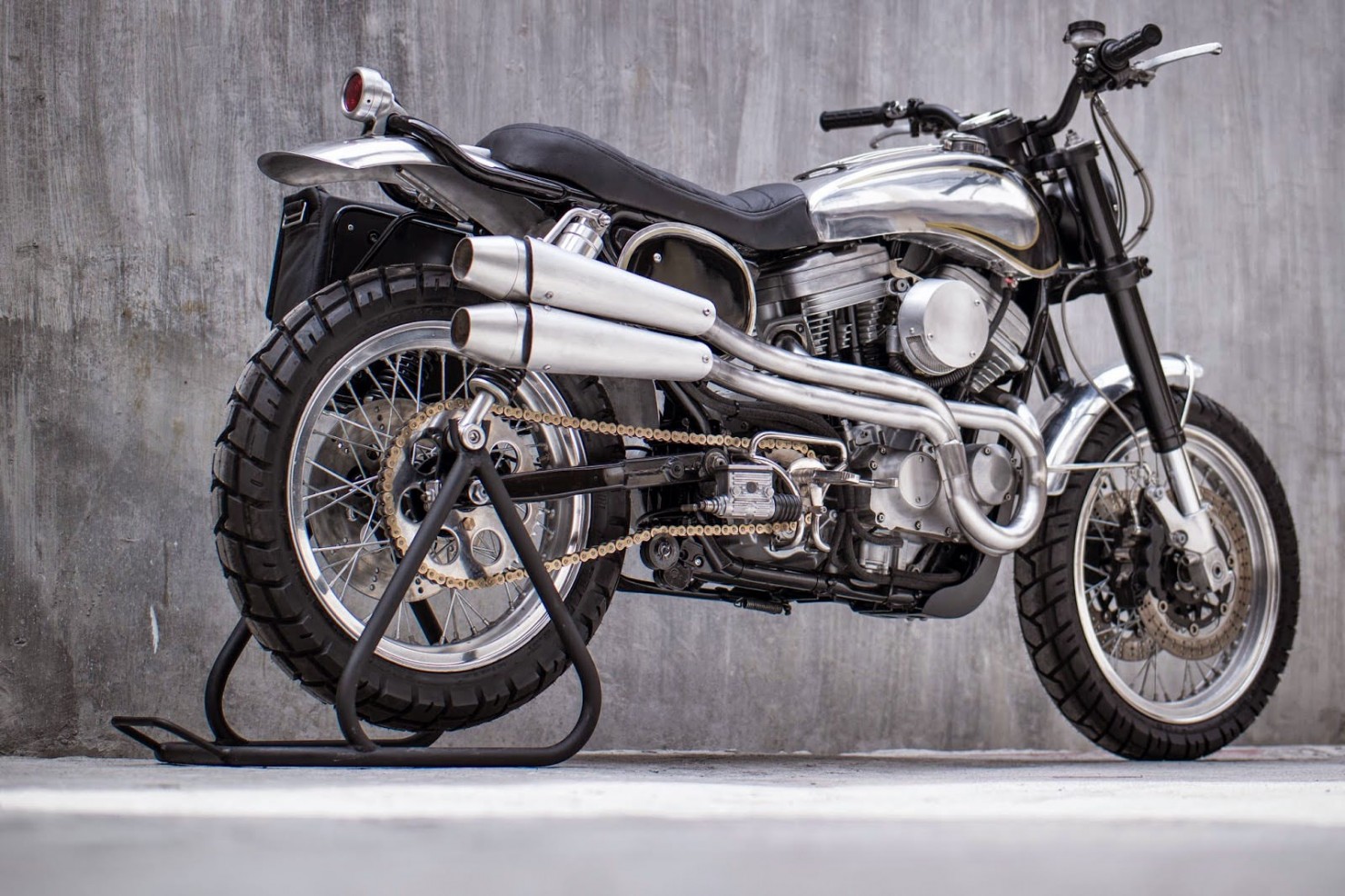 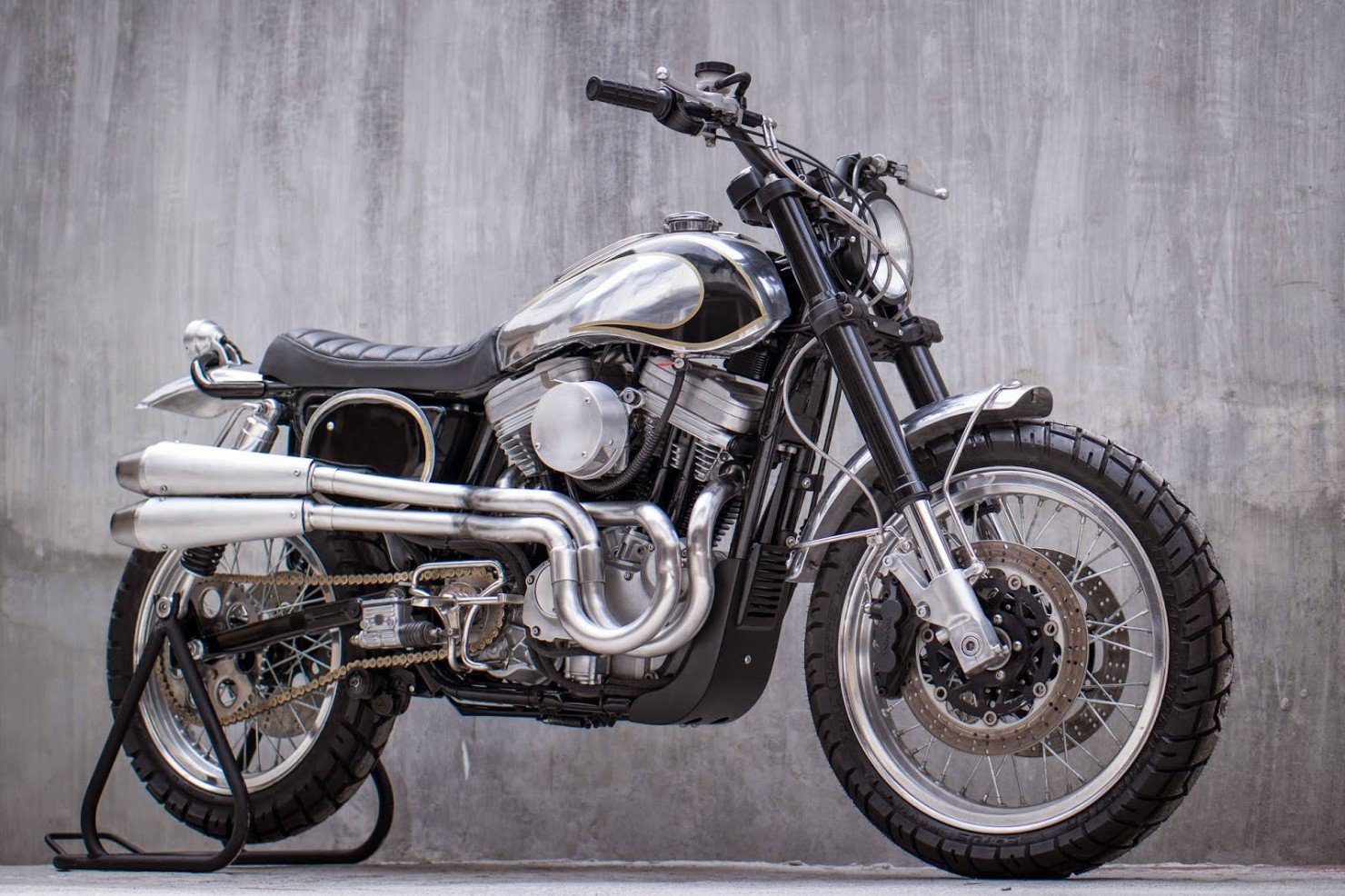 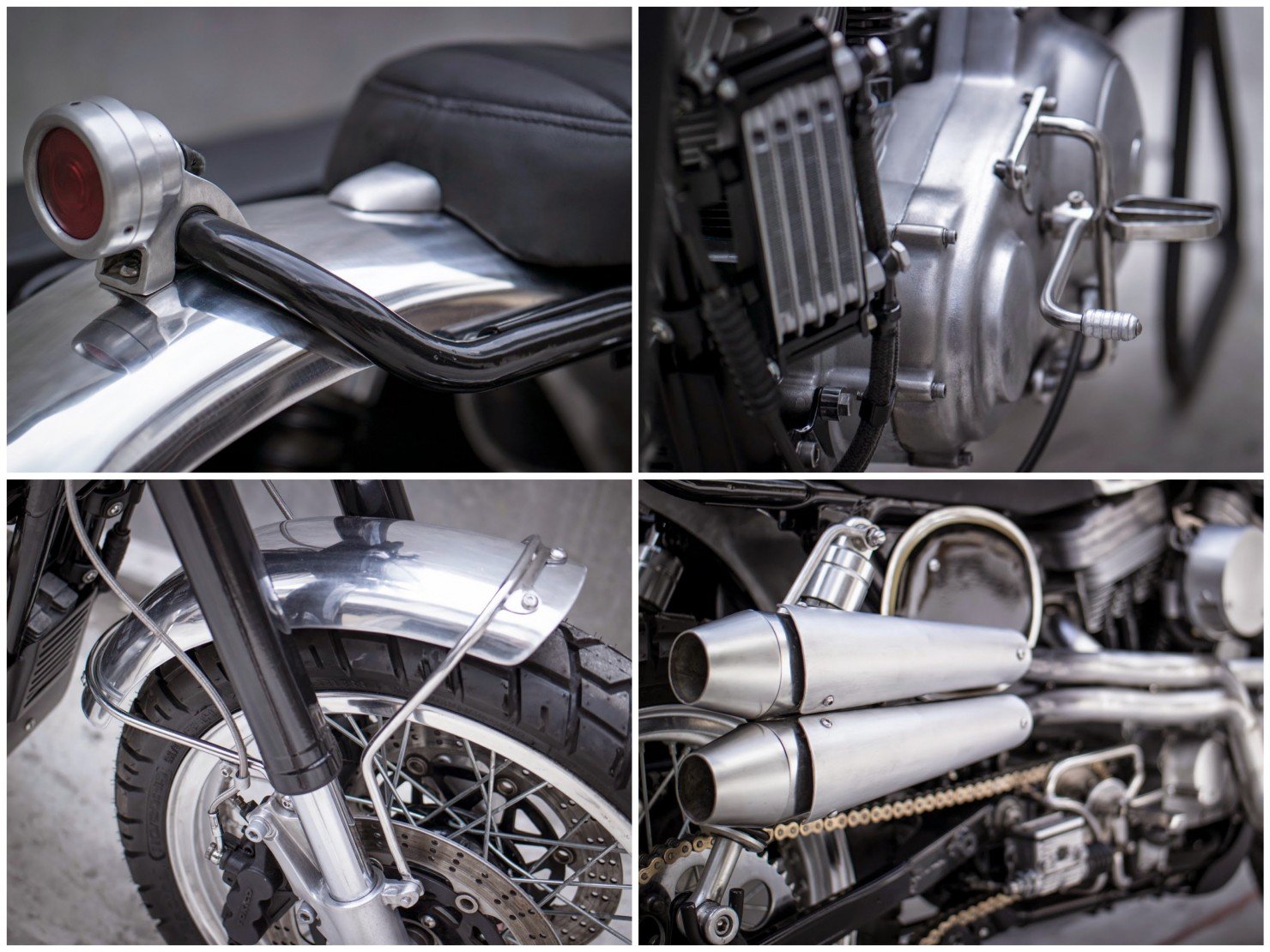 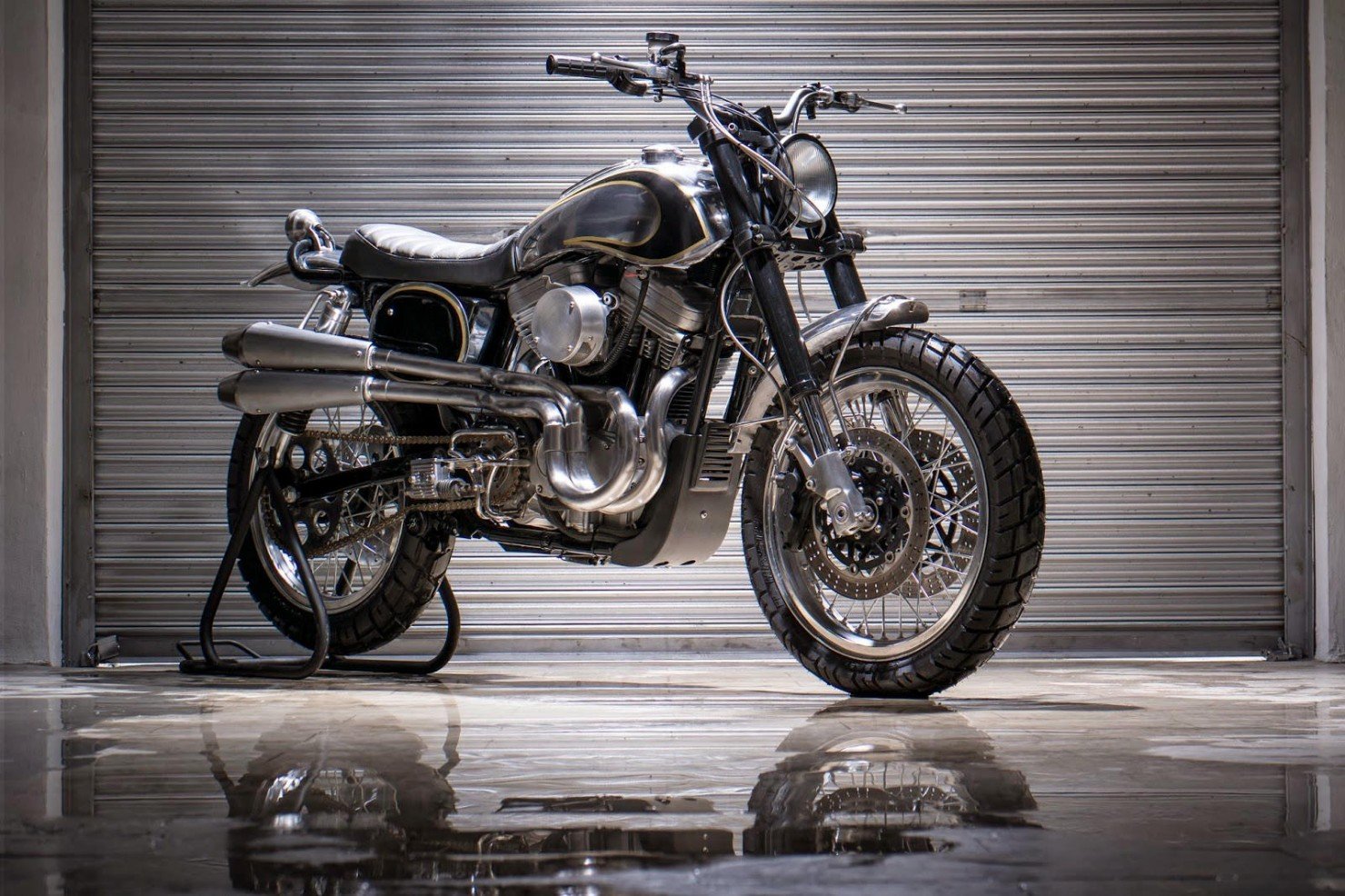 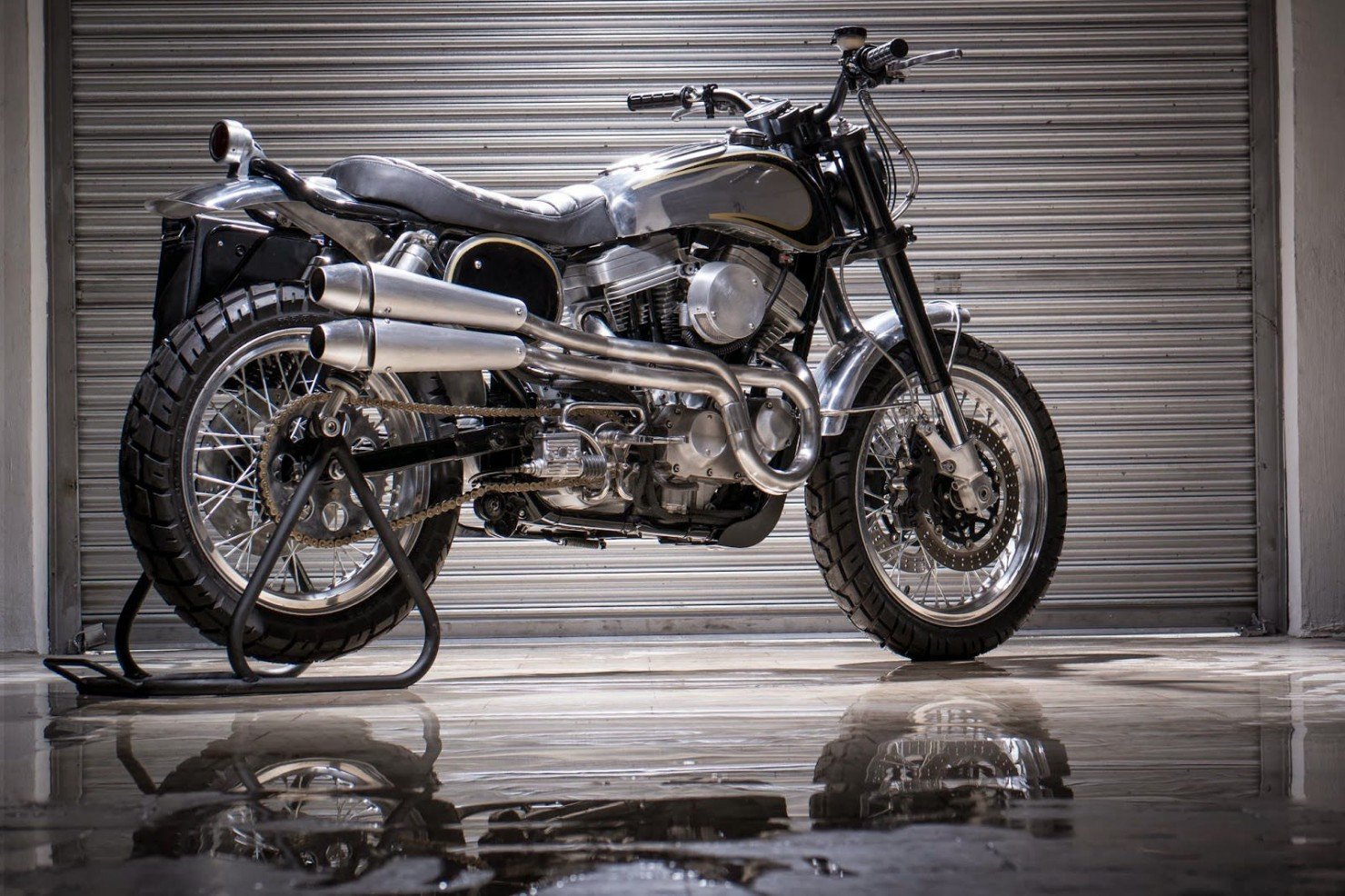 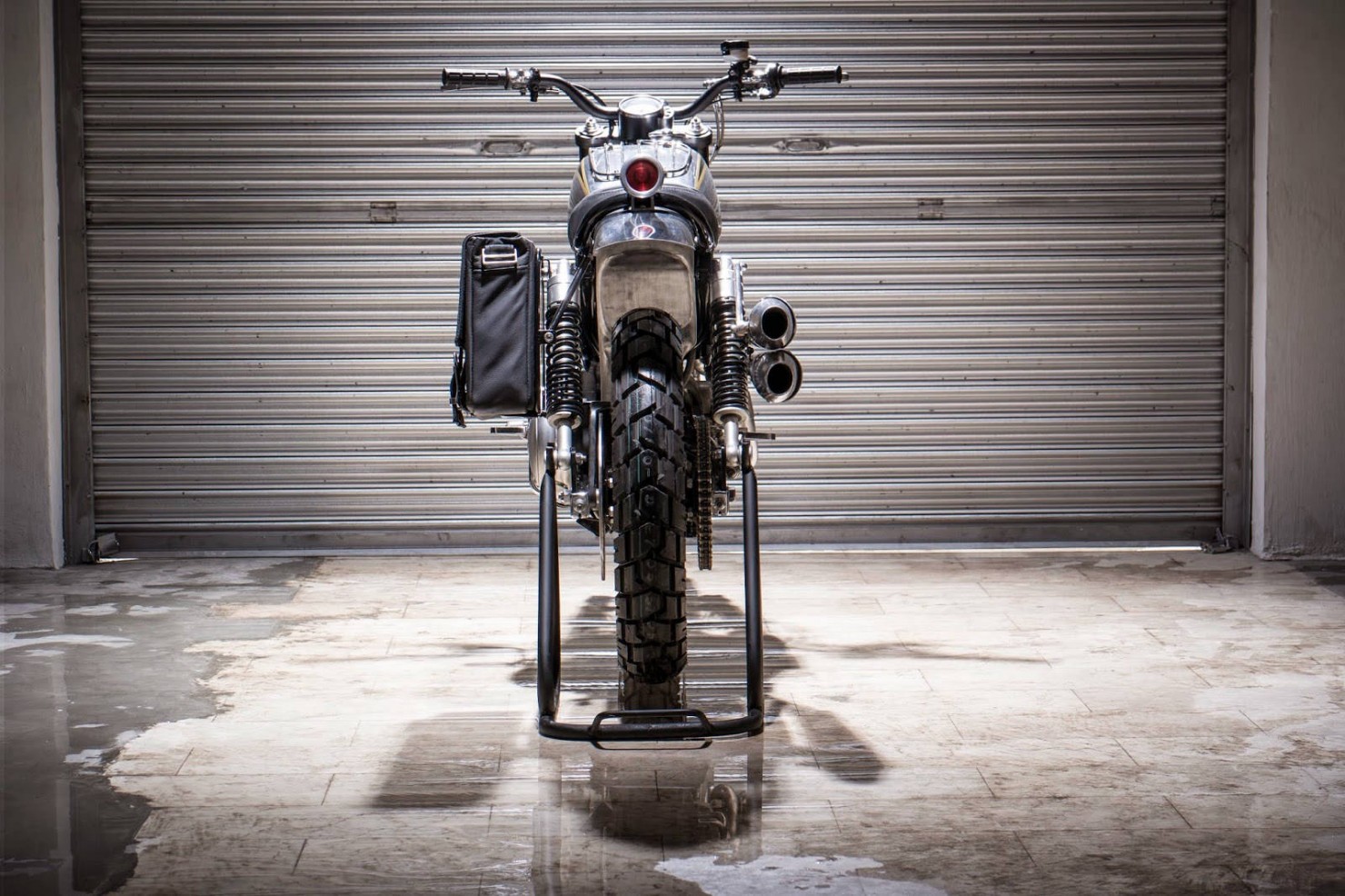 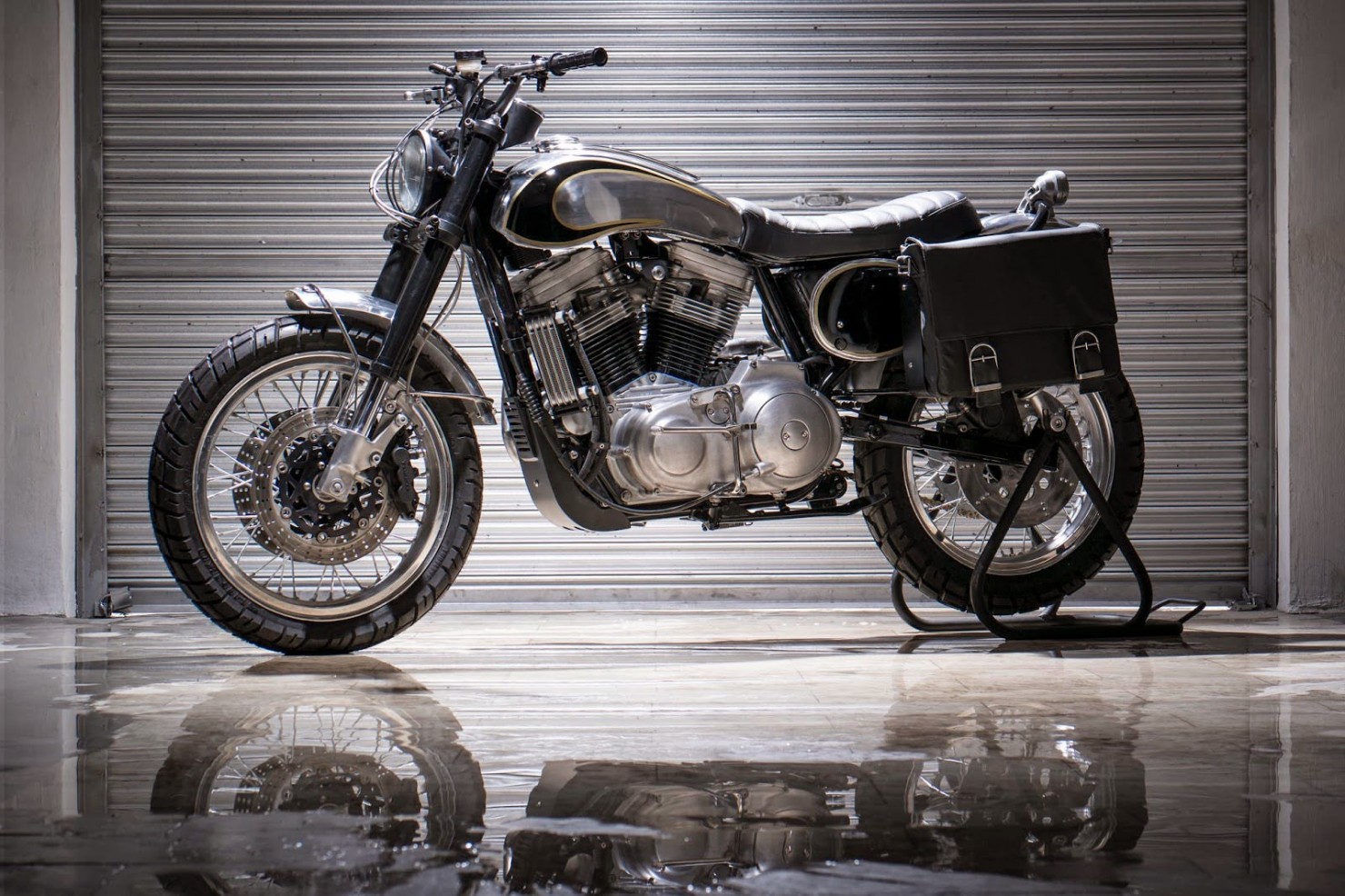 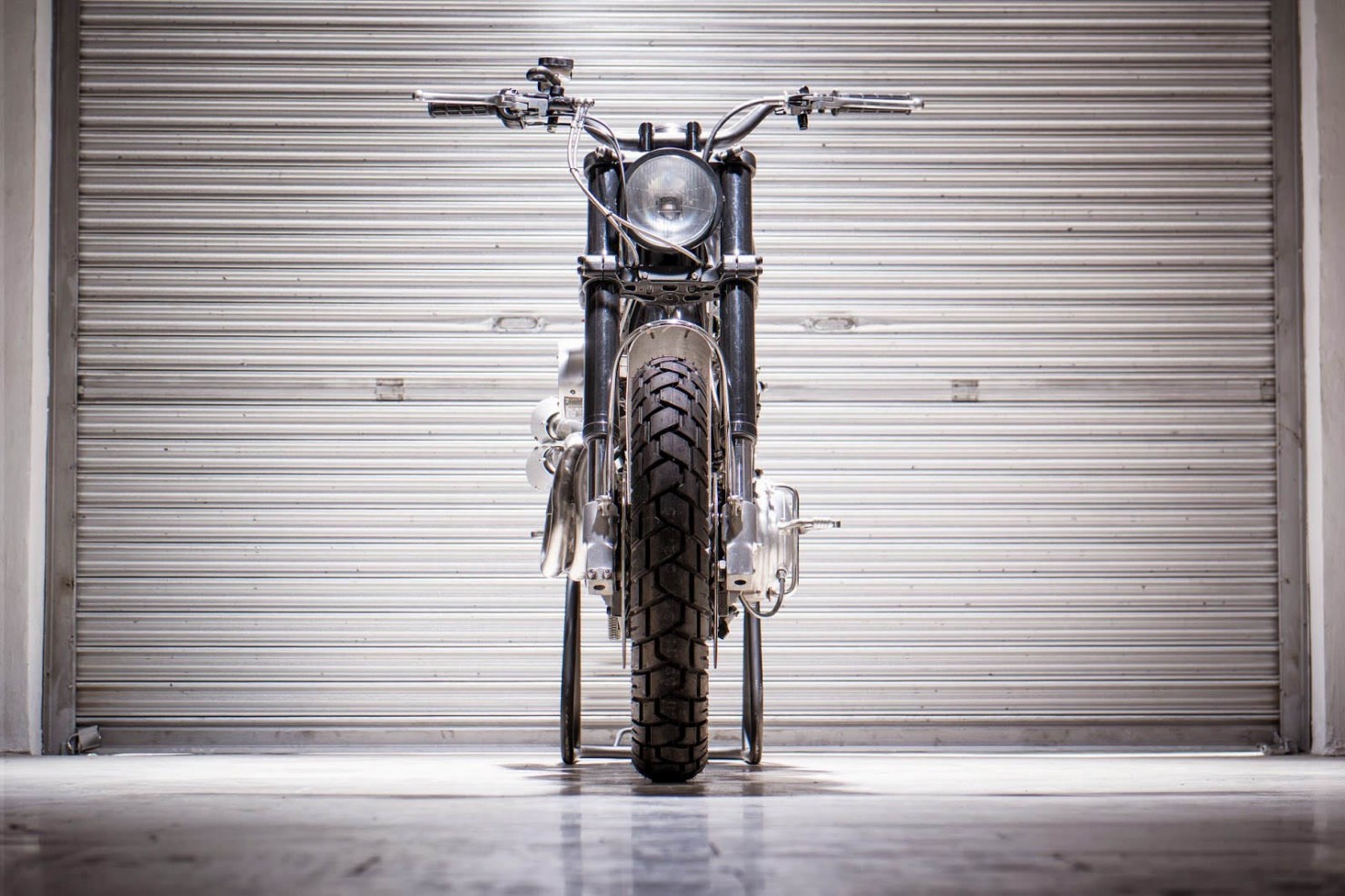 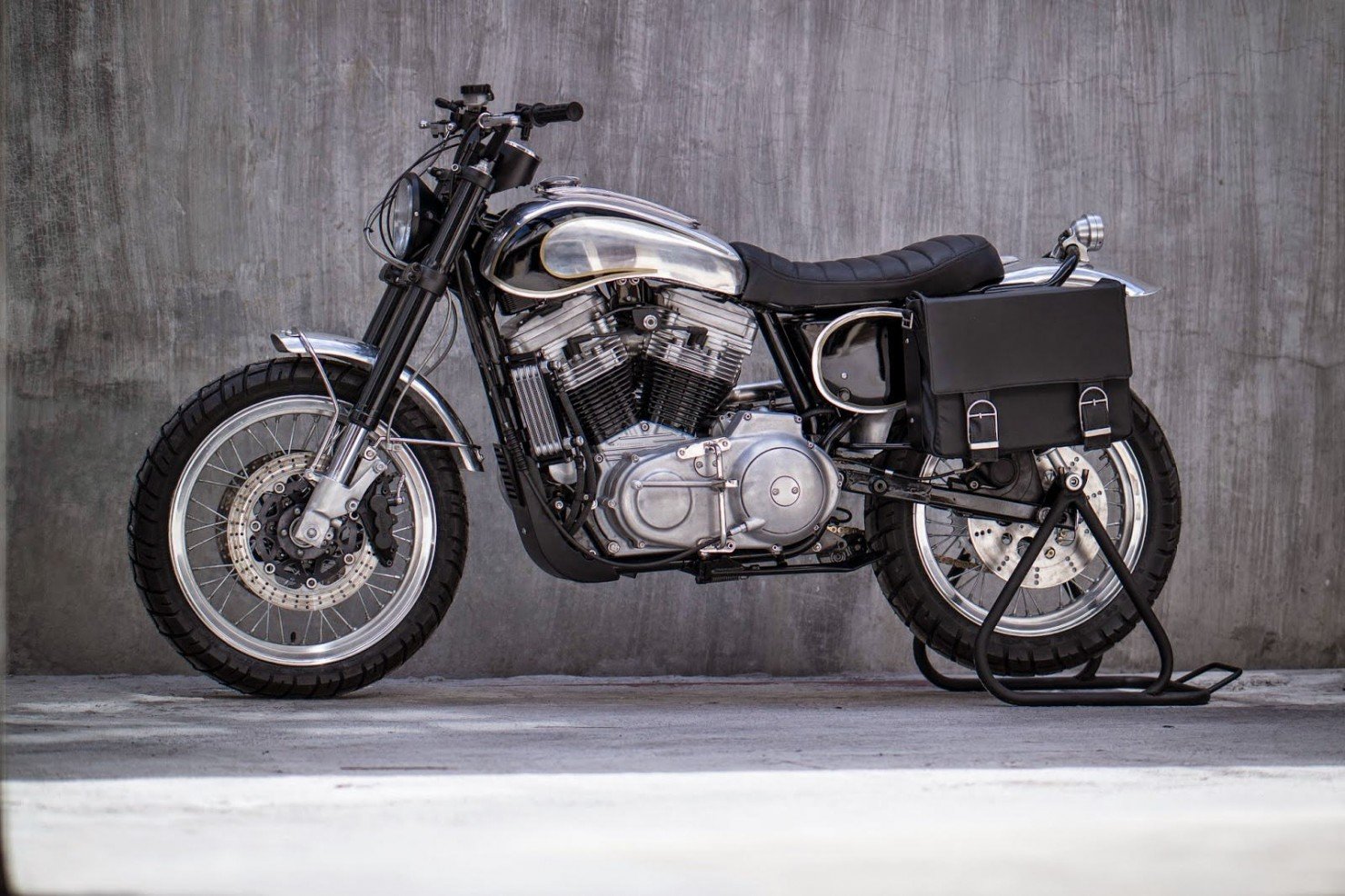 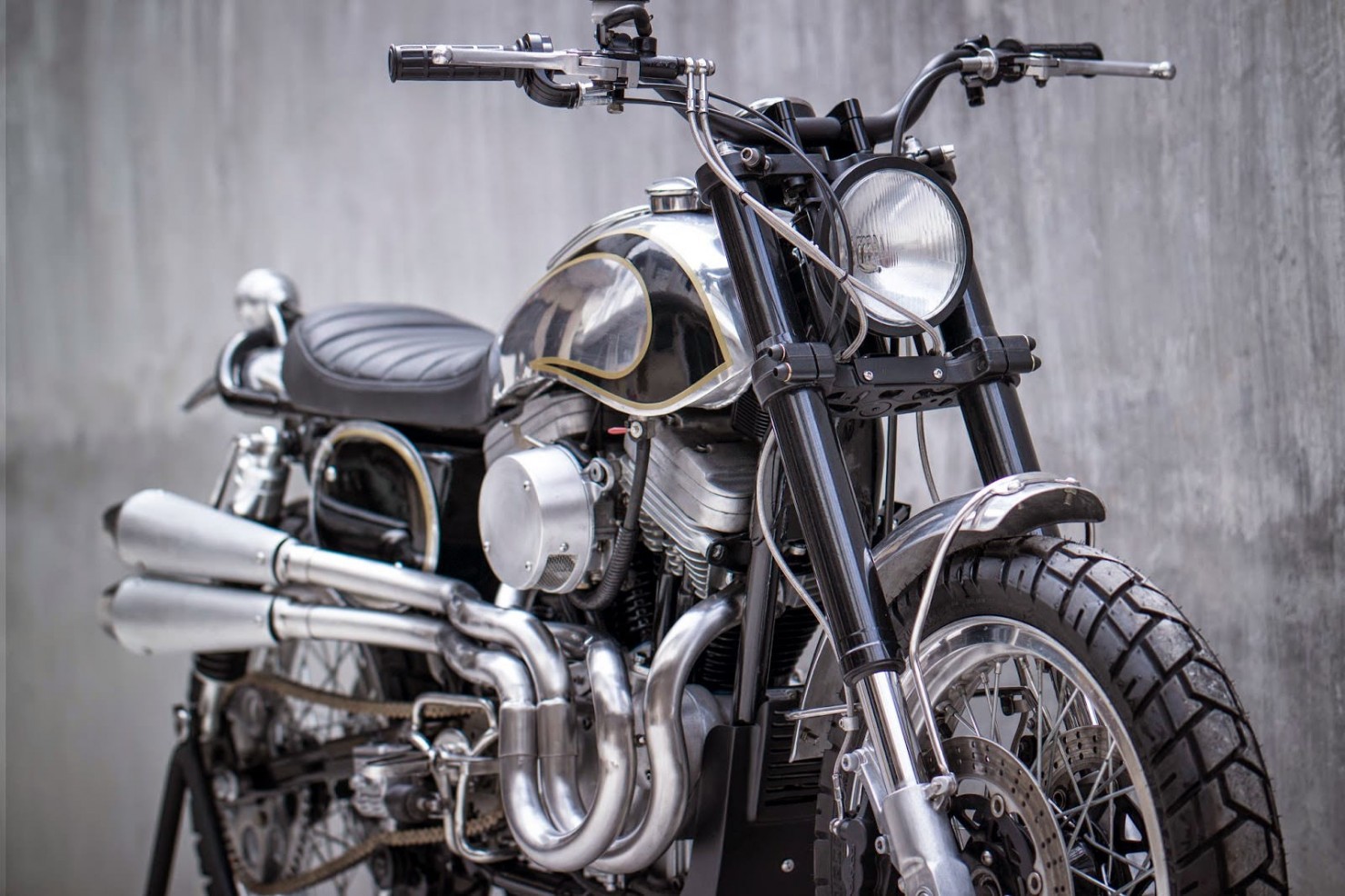 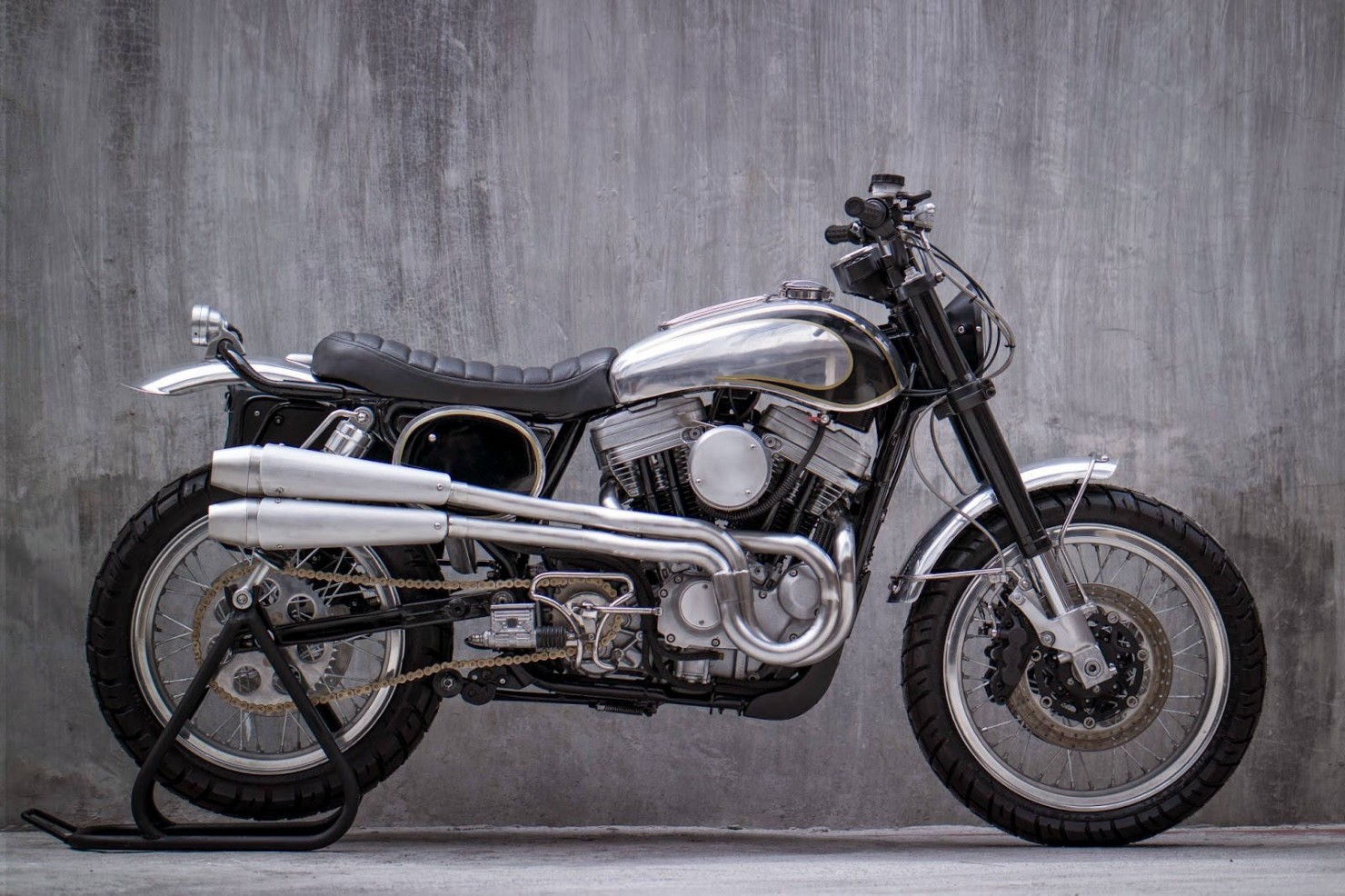 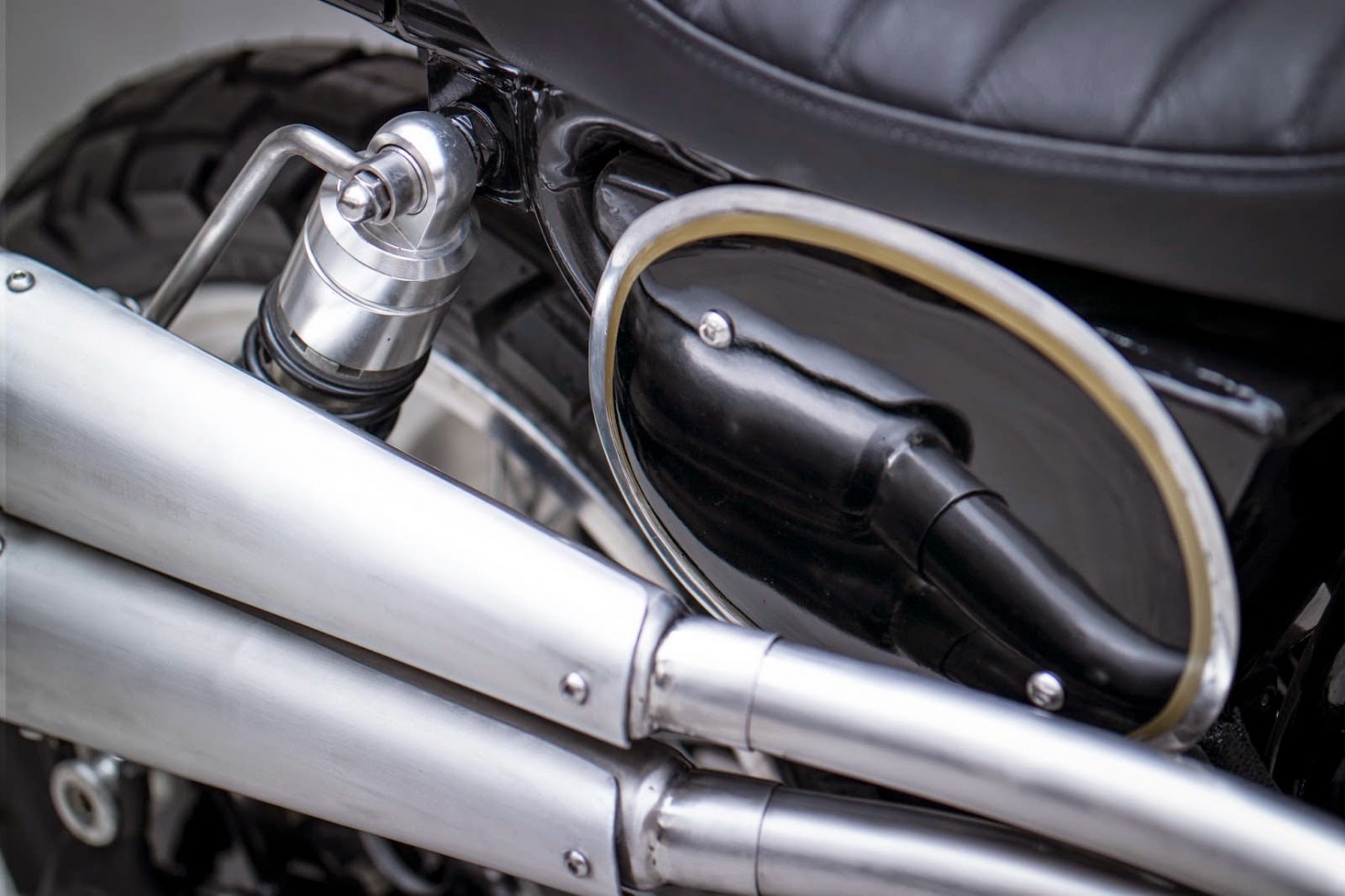 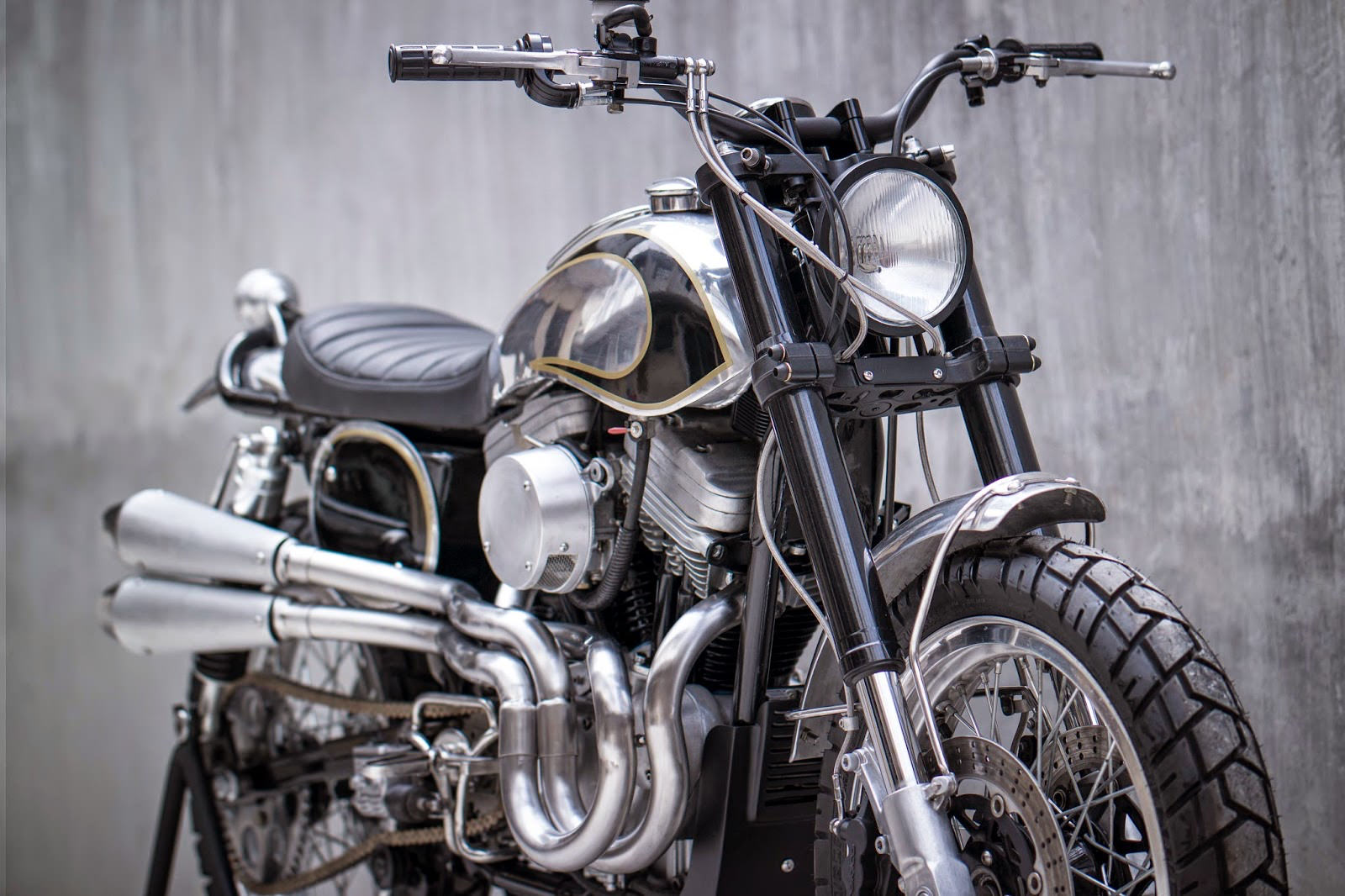 Rowan Atkinson is of course best known for his work as a comedic actor and writer, but what a lot of people outside the…

This is an 1897 Columbia Military Pneumatic Safety Bicycle, it’s been modified for military use with a belt-fed machine gun mounted to the front,…