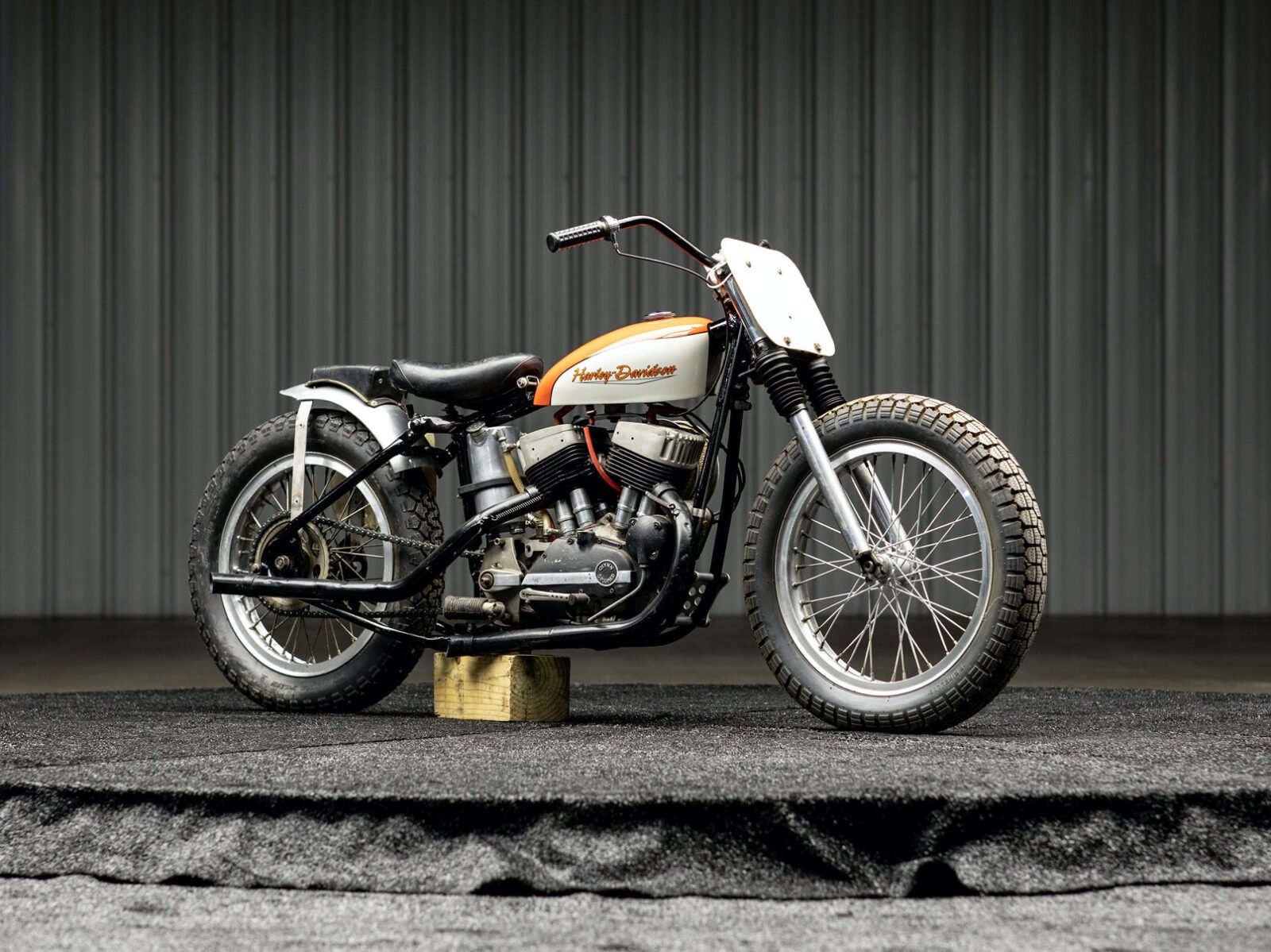 The Harley-Davidson KR was released in 1952 as the American answer to the rapid influx of advanced racing motorcycles from Britain wearing names like Norton, Triumph, AJS, Vincent, and BSA.

It was clear to Harley-Davidson that they needed an all new motorcycle to compete on track with these fast new machines from across the Atlantic, and so the KR was developed to replace the now antiquated Harley-Davidson WR racing motorcycle.

American Motorcyclist Association (AMA) Class C racing was created in 1933 as a direct response to The Great Depression, which had gripped America in 1929 and caused widespread unemployment and poverty.

As a flat track racing motorcycle this modified KR has a hard tail rear end, no brakes, and no lighting.

It simply wasn’t feasible for most Americans to buy expensive racing motorcycles, so the AMA, working with Indian and Harley-Davidson, created Class C. These motorcycles could be used for flat track and road racing, they had a capacity limit of 750cc, and amateur racers would have access to all the same parts as the factory racing teams.

This new class proved hugely popular in the years before WWII, and it continued after the war with a whole new breed of motorcycles including the Harley-Davidson KR which first appeared in 1952 to do battle with the Europeans.

The KR featured a new side valve V-twin with unit construction, that is the engine and transmission are cast as a single unit. The KR was the racing version of the Harley-Davidson Model K, which was essentially the grandfather of the modern Harley-Davidson Sportster.

Both the Model K and the KR featured the same 750cc (actually 739cc) V-twin with a 4-speed transmission, a tubular steel duplex cradle frame, telescopic forks, and a swing arm rear with twin shock absorbers. Though it’s important to note that the rear end was typically switched to a hardtail set up for flat racing racing applications.

Over the course of its 1952 to 1969 production run the Harley-Davidson KR would prove hugely successful on the race tracks of North America. In 1956 alone every single Class C race was won by a Harley-Davidson KR. From 1955 until 1969, 12 of the 15 AMA Daytona 200 national championships were won by KRs, and the list of accomplishments goes on considerably from there. 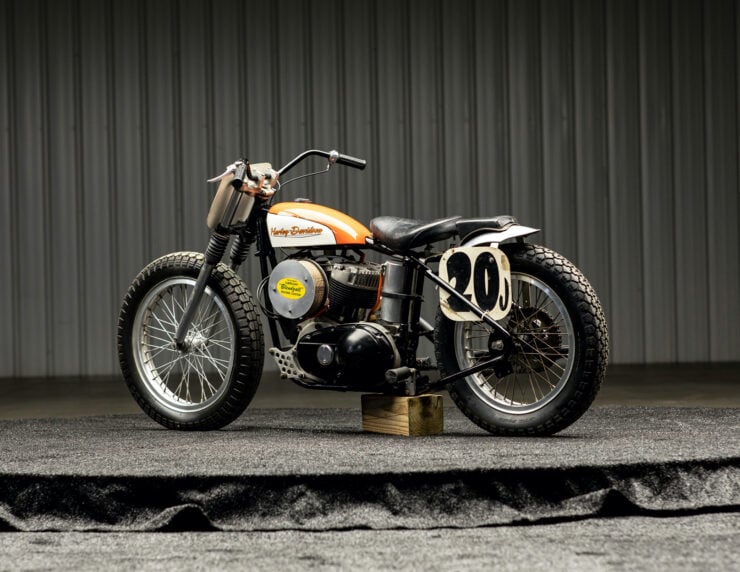 The air filter is on the left-hand side of the bike to keep it sheltered from dust and mud kicked up as the bikes slide sideways around oval shaped dirt tracks turning left.

In 1970 the KR was replaced by the Harley-Davidson XR750 which would go on to enjoy similar successes right through to the modern day.

The motorcycle you see here is a 1953 Harley-Davidson KR, a very early production unit that has the hard tail rear end and brake delete used on almost all flat trackers of the time.

This KR is a little more special than most because it was raced in period by Denny “Kannonball” Kannenberg, a legendary flat track competitor who raced this bike extensive throughout the American Midwest.

More recently this KR was restored to race-ready condition and it still carries Kannenberg’s number plate: 20J. This bike along with 165 others from the Kannenberg collection are due to roll across the auction block with Worldwide Auctioneers on the 10th to the 11th of September, presented by none other than Gas Monkey Garage host Richard Rawlings.

If you’d like to read more about this KR or register to bid you can click here to visit the listing. 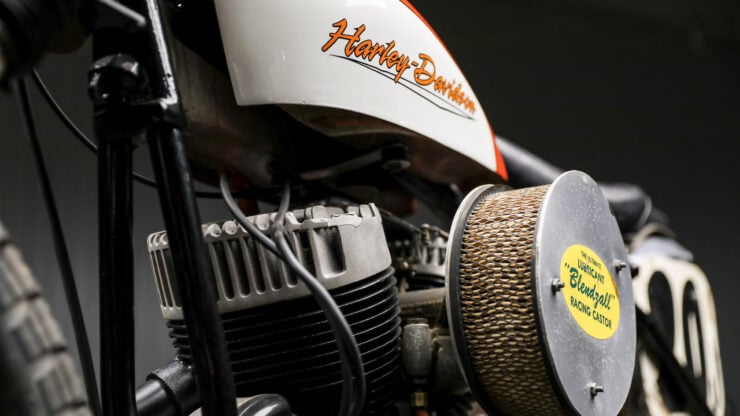 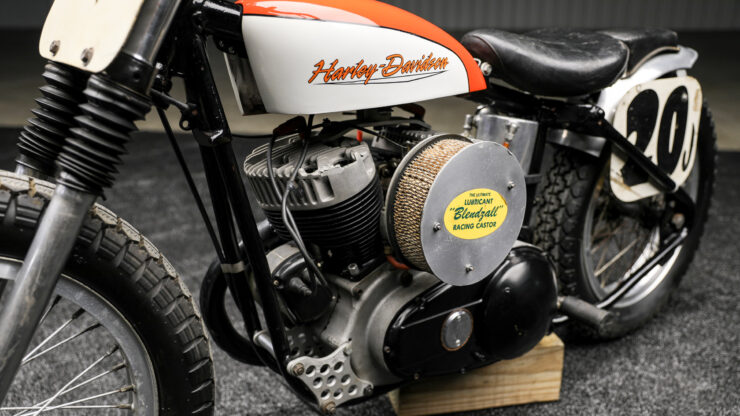 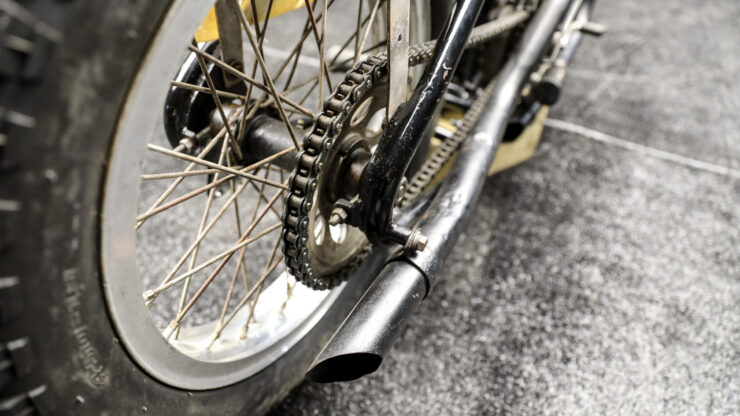 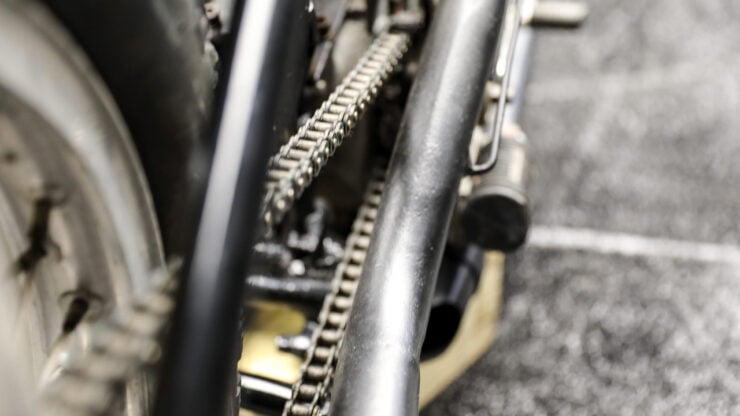 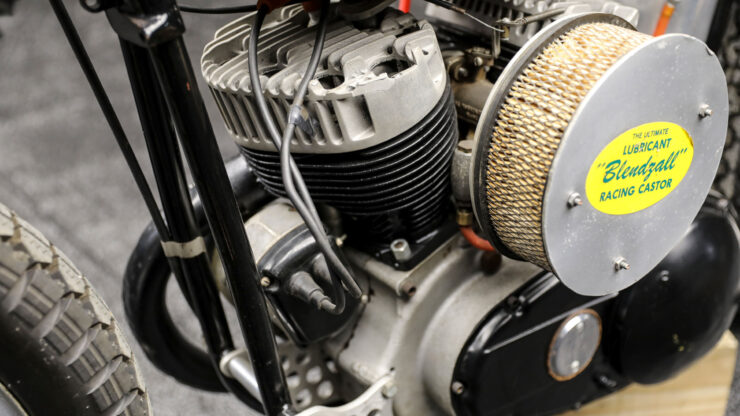 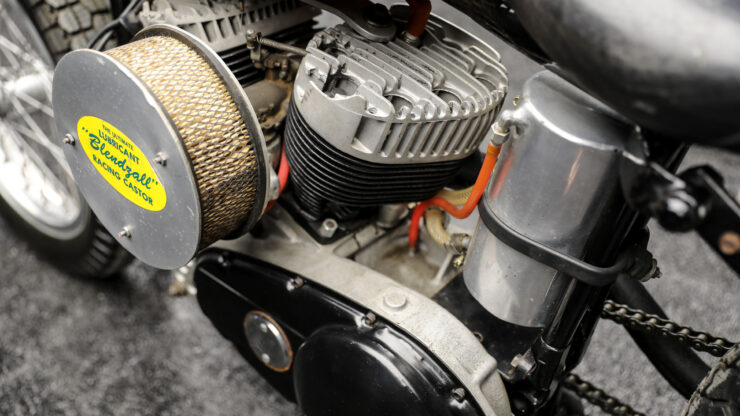 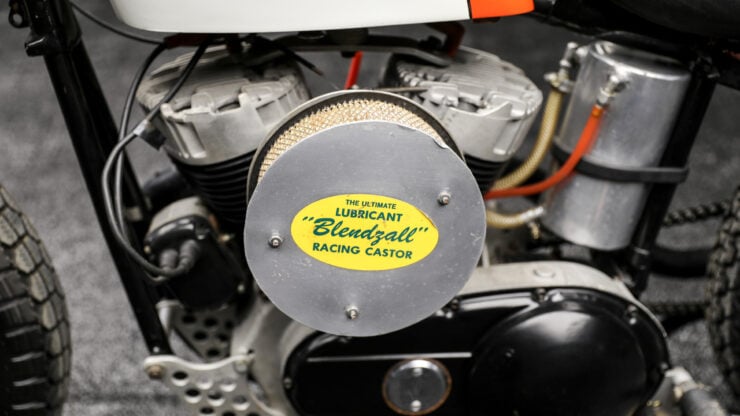 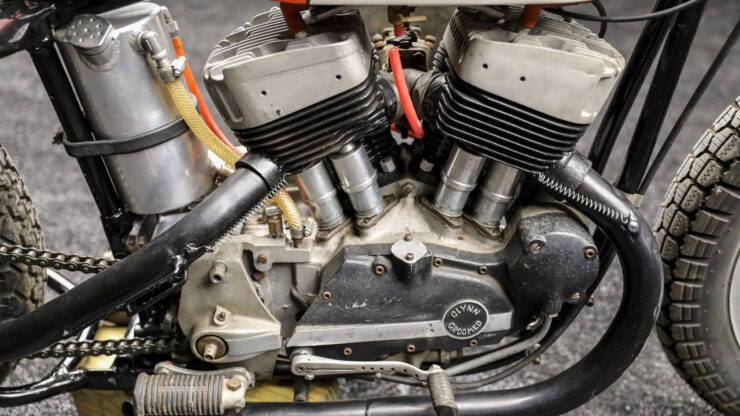 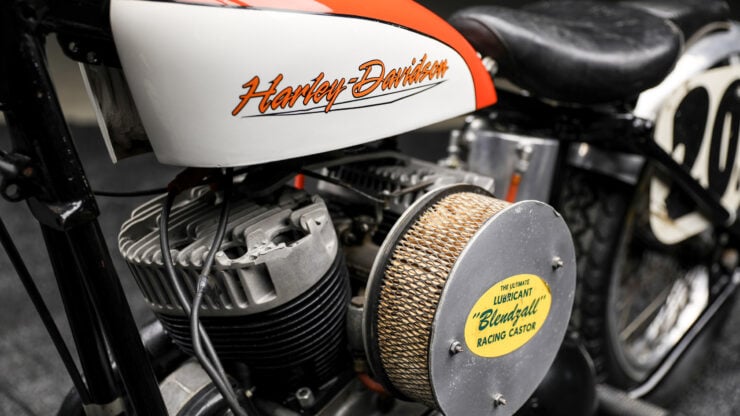 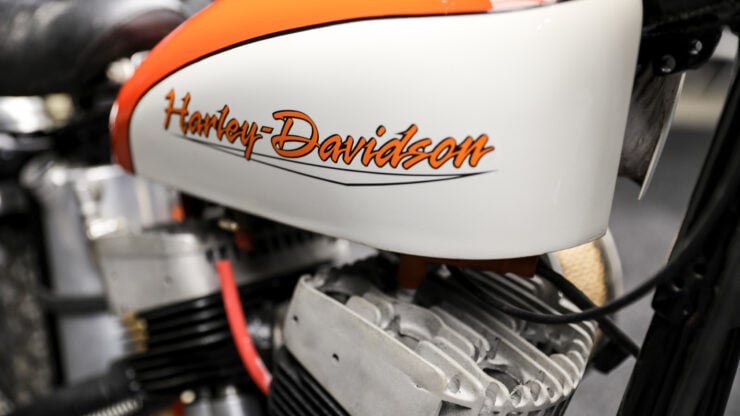 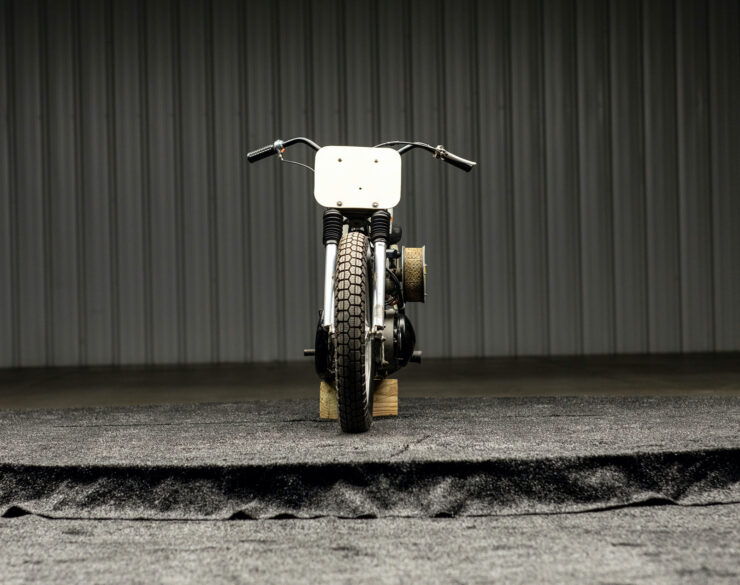 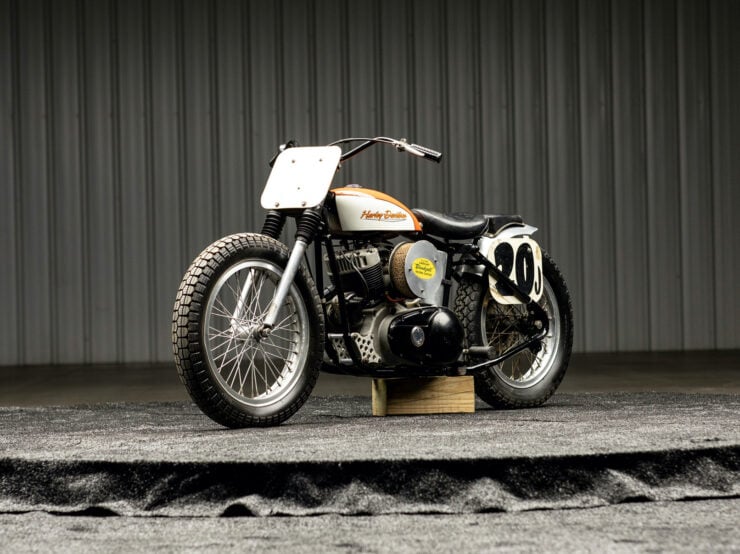 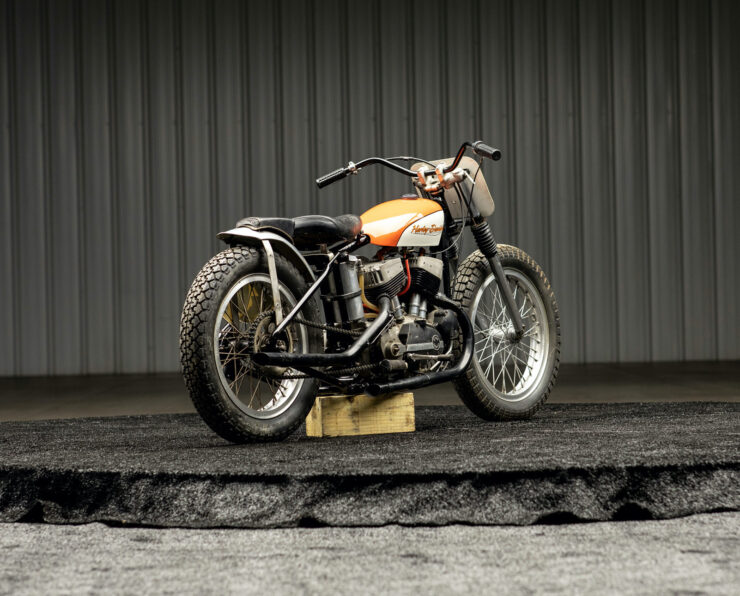 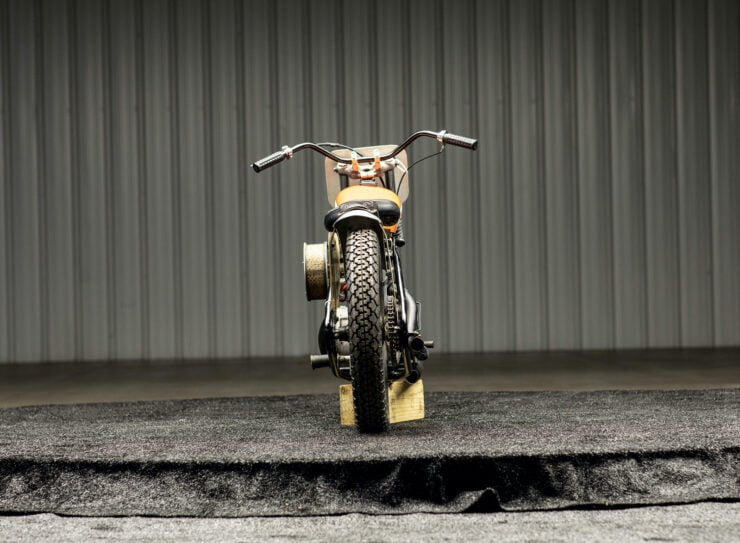 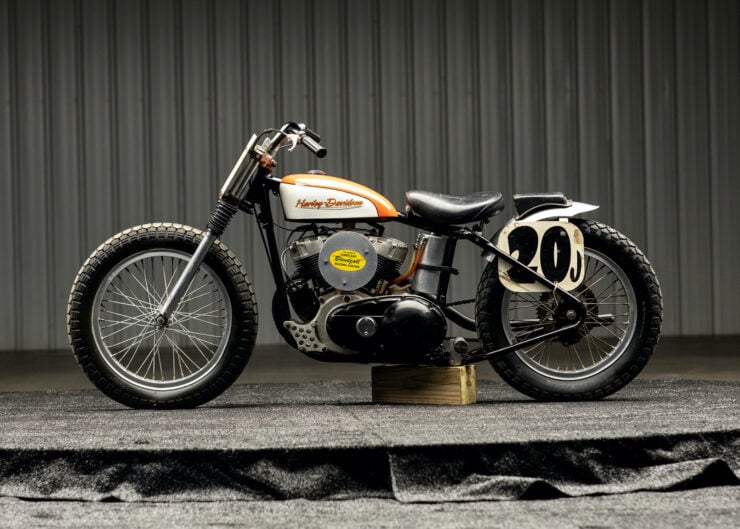