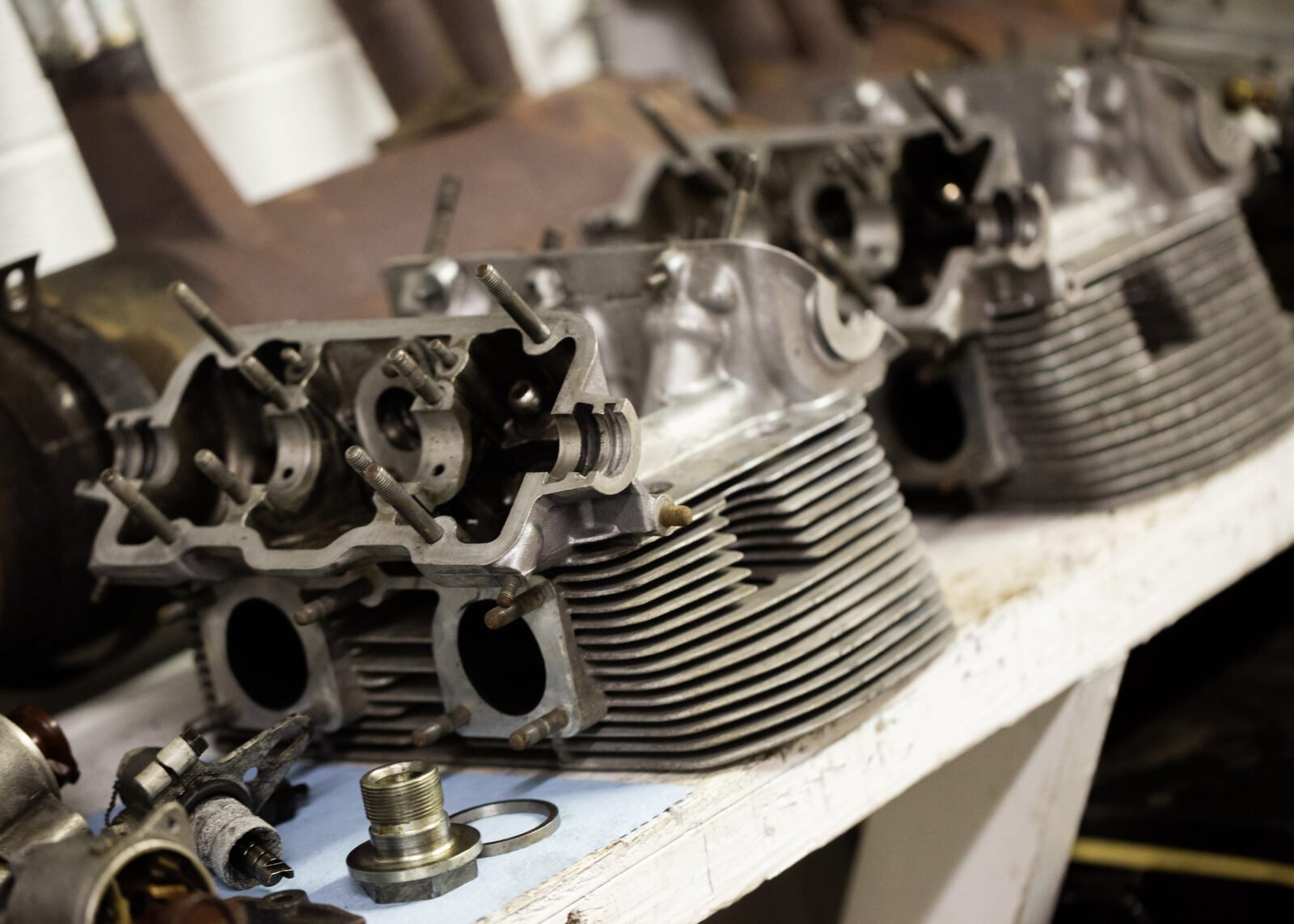 The assorted engine parts you see here combine to form one of the most famous, and most important, engines in Porsche’s long history – the Fuhrman Four-Cam.

The Porsche Four Cam engine was developed by legendary engineer Dr Ernst Fuhrmann at the request of Porsche, who needed a new engine for the Porsche 550 Spyder to replace the antiquated pushrod unit it was originally fitted with.

Fuhrman developed what would become known and the Type 547 engine, a quad cam, air-cooled, flat four with swept capacities that would eventually range from 1.1 liters up to 2.0 liters. Power would range from ~100 hp on the smaller engines up to 185 hp on the later, larger engines fitted to the Porsche 904 Carrera GTS. 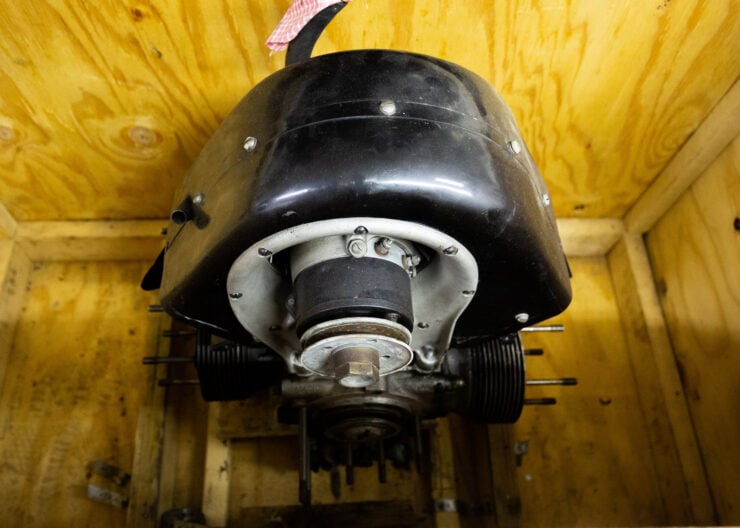 It may not look like much now, but this Porsche Fuhrman Four-Cam Engine is worth close to a quarter of a million dollars in its current condition, and considerably more once it’s been restored and reassembled.

The small physical size, high power output, and remarkable complexity of the Fuhrman Four-Cam has become the stuff of legend. It’s said that it would take a highly trained Porsche technician 120 hours to assemble just a single engine, and the surviving examples easily sell for a quarter million dollars apiece – if you can find one.

The Fuhrman Four-Cam you see here is listed as engine number 99071, it comes with the original block (pictured below in a crate), with both sets of heads, and a vast array of other parts to assist in the reconditioning and assembly of a running engine.

If you’d like to read more about this unusual Porsche Type 547 engine project or register to bid you can click here to visit the listing on RM Sotheby’s. It’s due to cross the auction block later in September with a price guide of $200,000 – $225,000 USD. 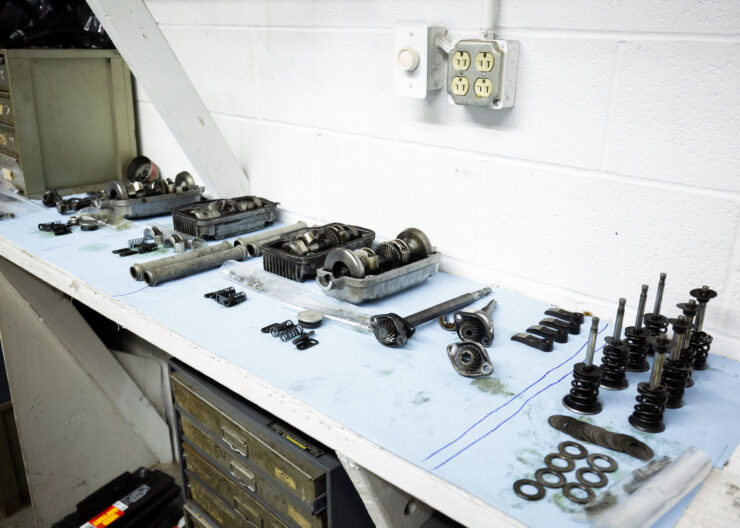 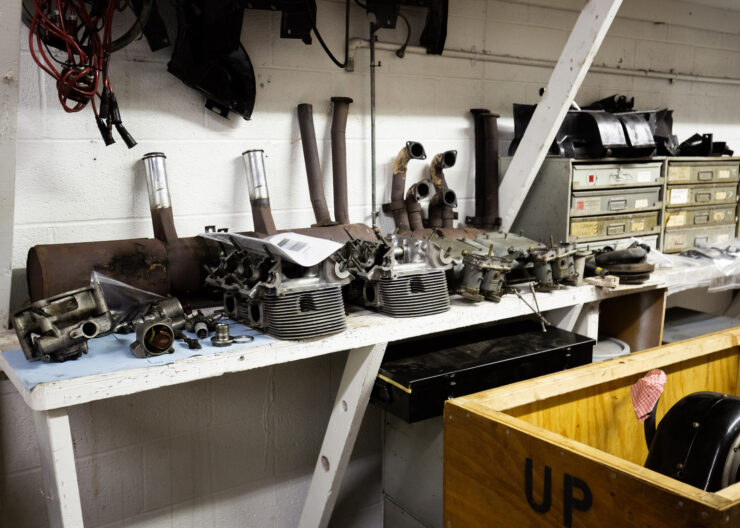 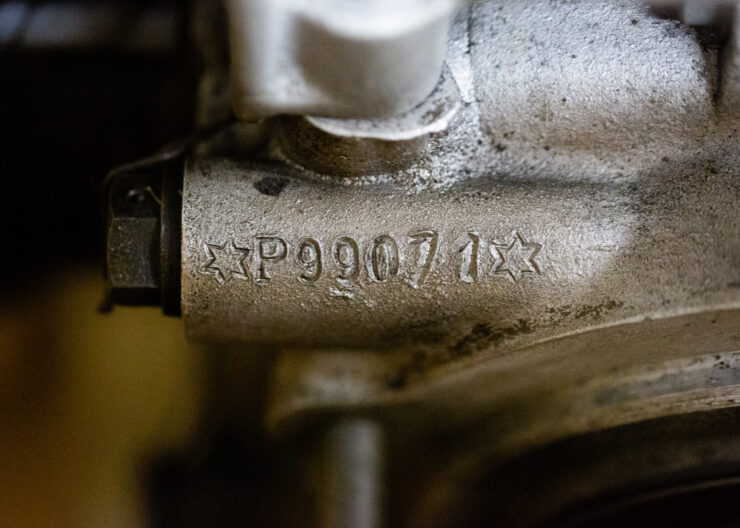