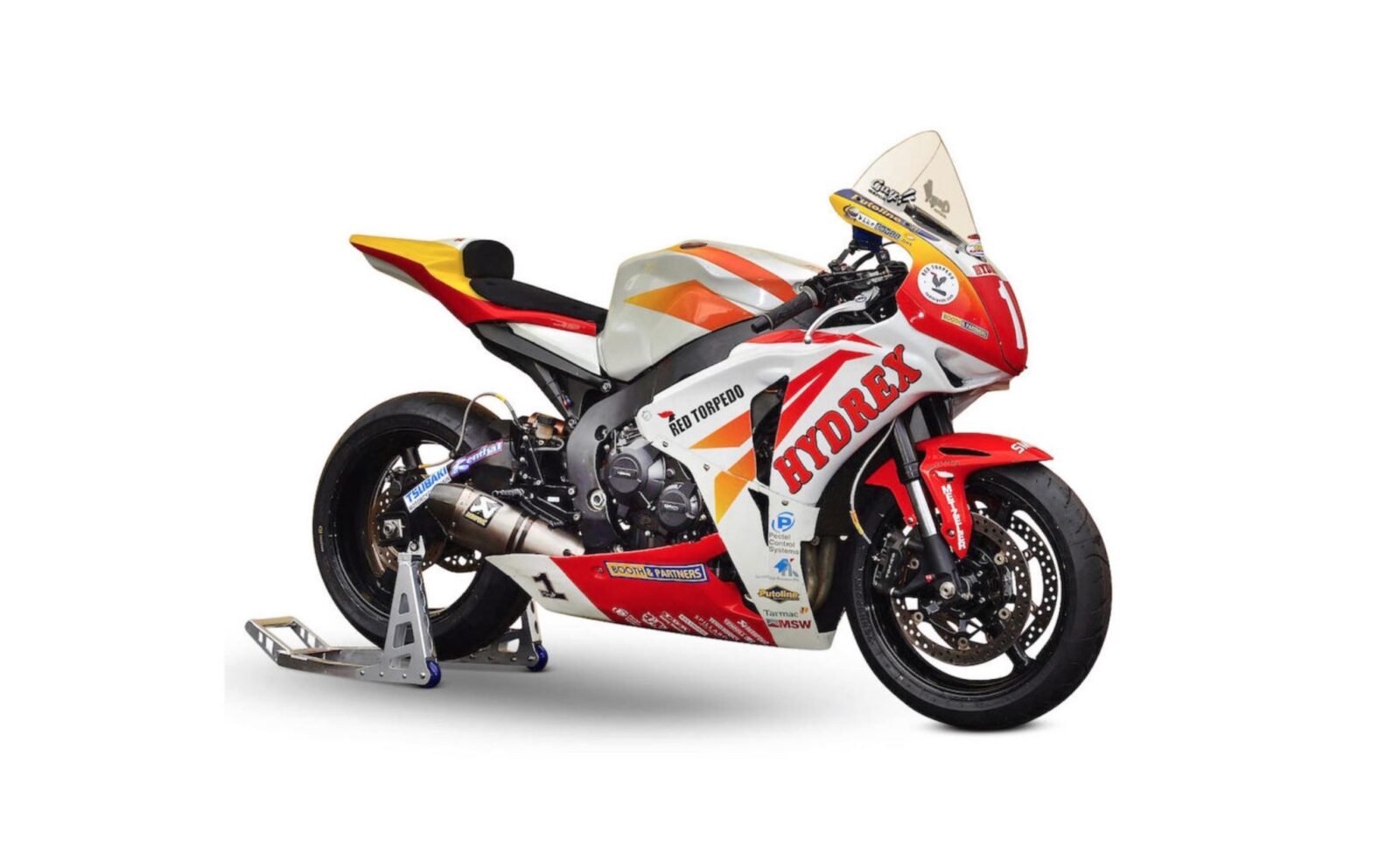 Guy Martin is a down to earth motorcycle racer and truck mechanic who shot to worldwide fame in 2011 when the documentary Closer to the Edge was released – a film that followed the men and machines of the 2010 Isle of Man TT races – specifically Ian Hutchinson and Guy Martin.

His popularity has largely been due to his humility and approachability, despite his runaway media success he’s kept his 5-6 day a week job as a truck mechanic at Moody International, a Scania servicing centre in Grimsby. After taking time off to shoot his various documentaries and TV series he turns up for work early and leaves late – to make up for the time he spent away.

This Honda CBR1000RR Fireblade pre-dates Guy’s fame, he used this bike extensively during the 2008/2009 seasons in the British Superbike Championship as well as various road courses and of course, at the 2008 and 2009 Isle of Man Superstock TT where he finished 2nd and 3rd respectively.

Guy raced the bike in the Superstock category, a class that tightly controls the modifications that can be made to an otherwise standard showroom motorcycle – the idea being that the nation’s greatest riders compete on motorcycles that perform very close to the levels you can realistically expect from a motorcycle sitting on your local Honda dealer’s lot.

The SMR Hydrex racing team sold the bike in 2014 when it was purchased by current owner, it comes with a Certificate of Authenticity signed by SMR Hydrex Honda Chief Engineer, Mick Shanley and is due to be sold by Bonhams on the 23rd of April with an estimated value of between £12,000 and £16,000. 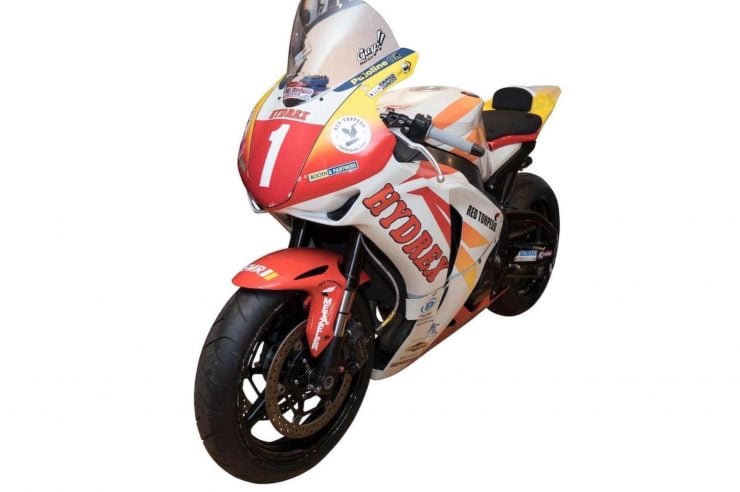 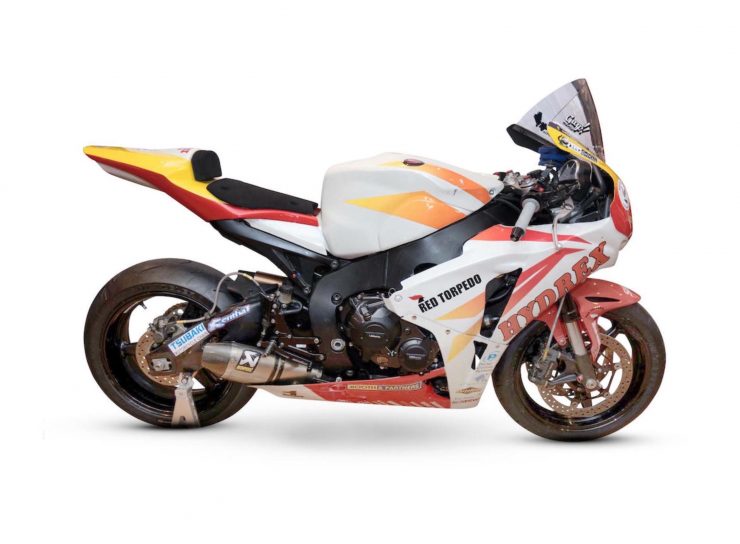 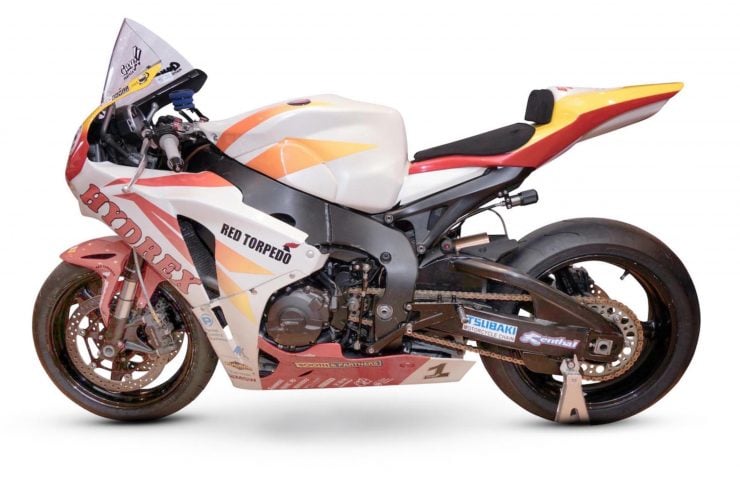 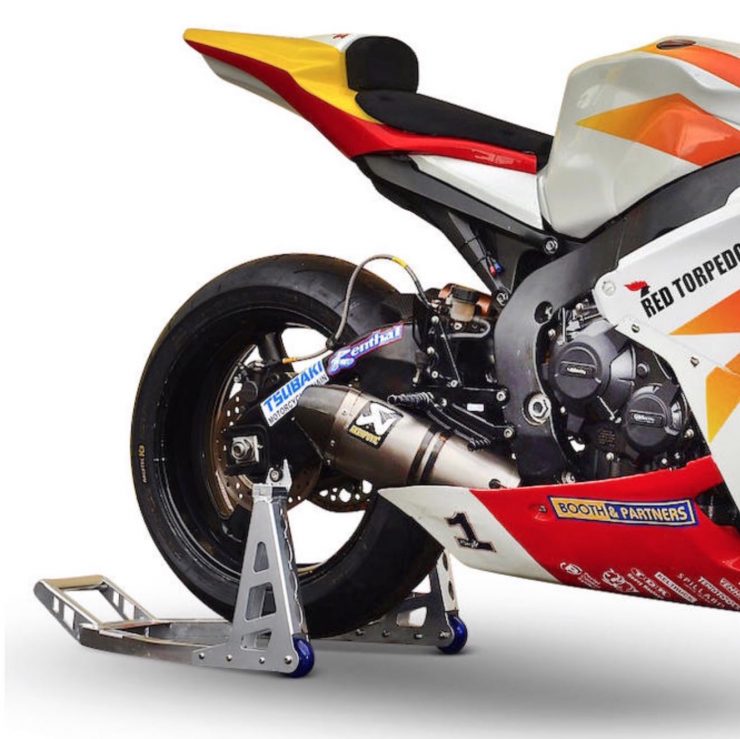 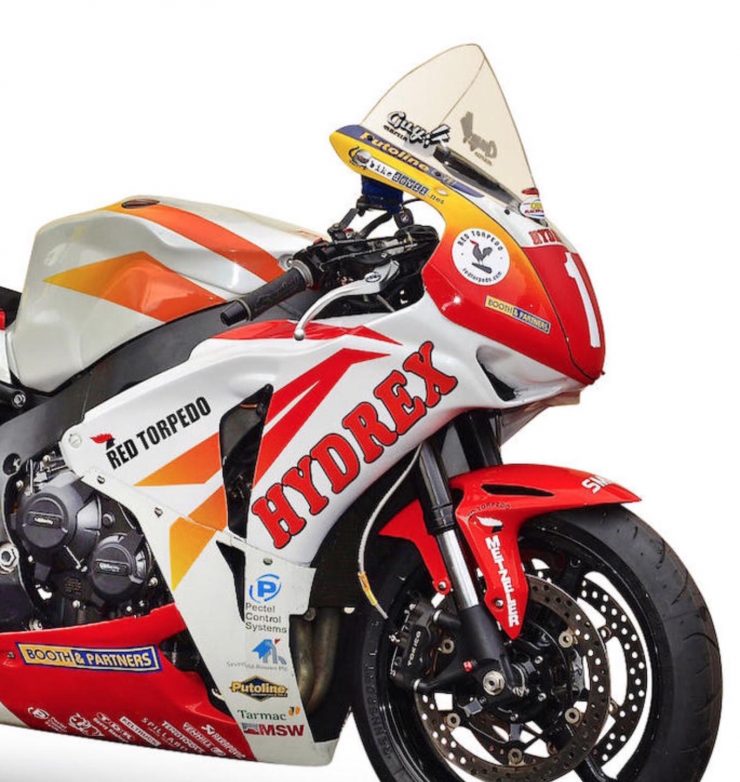 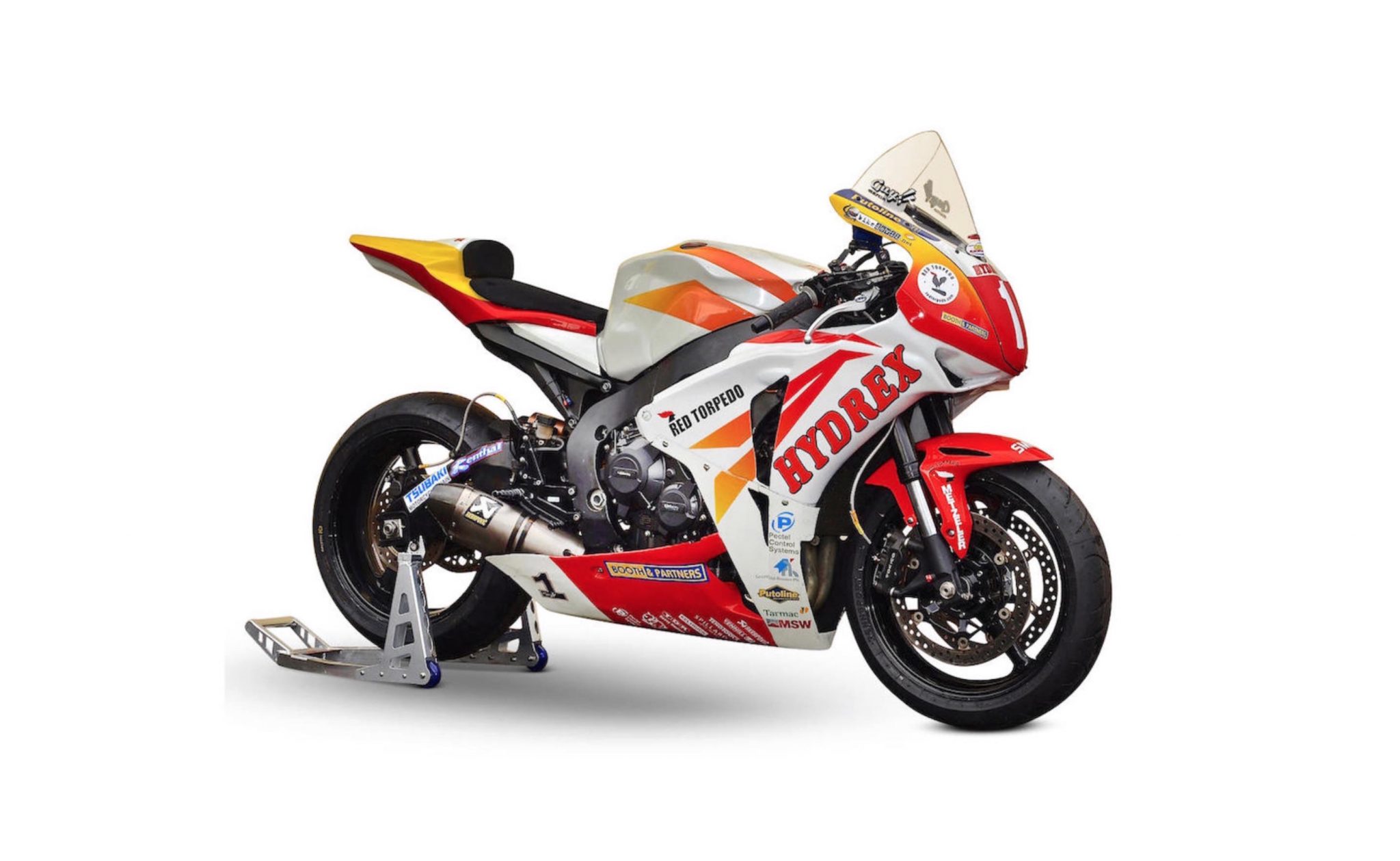