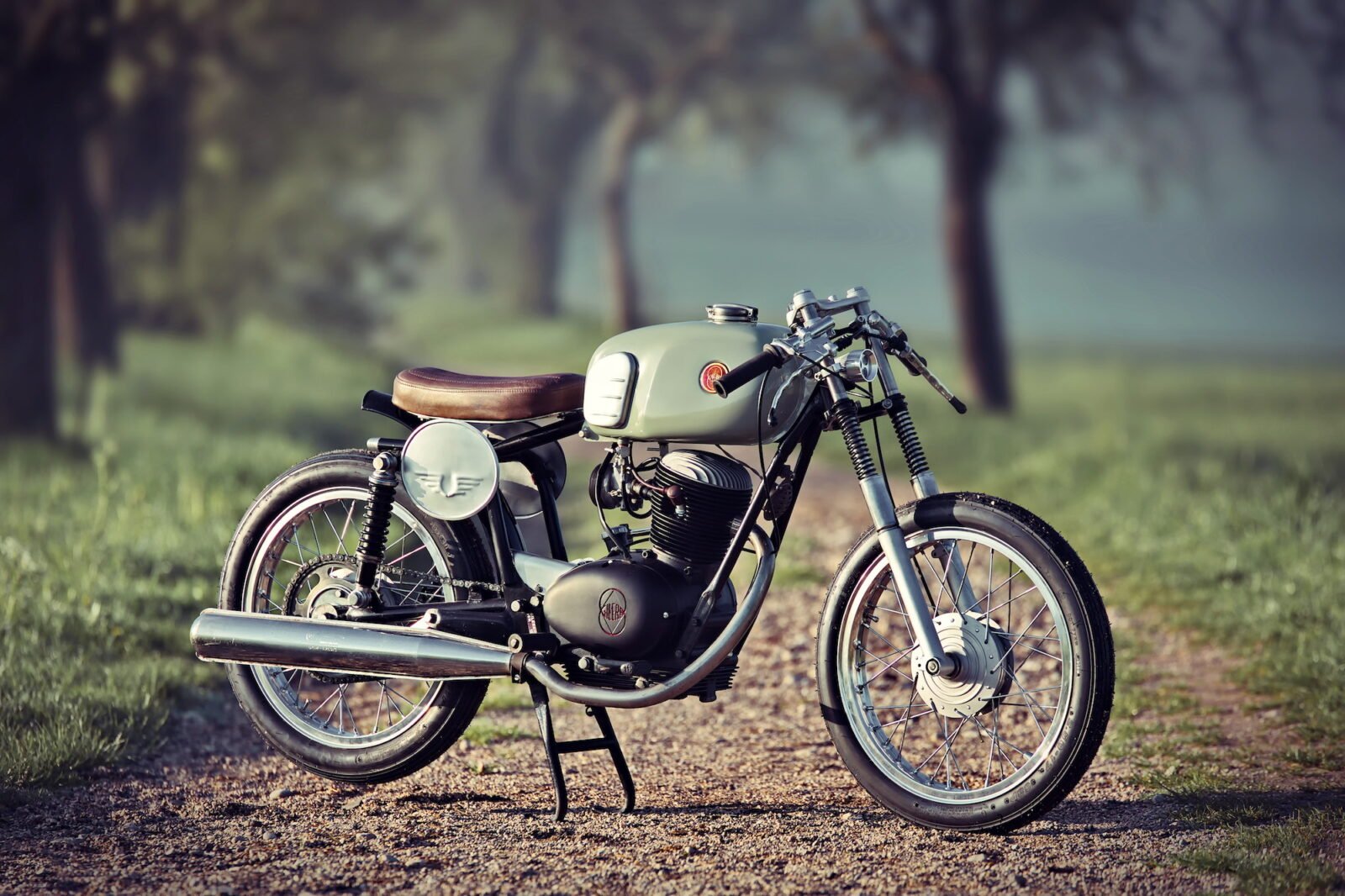 In the 1960s the Gilera name was still well-known and closely associated with racing success, their 1957 racer was recommissioned in 1963 and proved to still be highly competitive, taking 2nd and 3rd in the 1963 Isle of Man TT in the 500cc class.

During the ’60s Sears Roebuck struck a deal with Gilera to sell their smaller 106cc model in America, largely targeted at teenage American boys with a need for speed but very limited budgets and licensing restrictions. As a result of this deal, almost all of Gilera’s 106cc production bikes ended up on American shores and very few exist in Europe – so when Christian Schwarzenlander of ExesoR Motorcycles in Austria found one, he jumped at the chance to buy it and bring it back from the brink.

The little Gilera had seen better days, the tires and wheels were in appalling condition, there was rust right through the bike but somewhat amazingly – the engine fired right up and sounded great. As with all of the custom builds at ExesoR, this one began with a full teardown and parts inspection. The engine and carburettor were refreshed and the frame was stripped back to bare metal, inspected and repainted.

A new set of high-shouldered wheels were sourced, period correct tires were fitted, and the forks were rebuilt. Perhaps the most challenging aspect was finding a pair of clip-ons that would fit the smaller fork tubes of the Gilera – in the end Christian found a set from a scooter and then fabricated an inner sleeve to slightly increased the diameter of the tubes so it all fit.

A new single seat was made in-house along with aluminium knee-grips, side plates, and a unique little LED headlight. The completed bike is a masterclass in minimalist cafe racer inspired motorcycle building, if you’d like to see more of Christian’s work you can click to visit ExesoR Motorcycles. 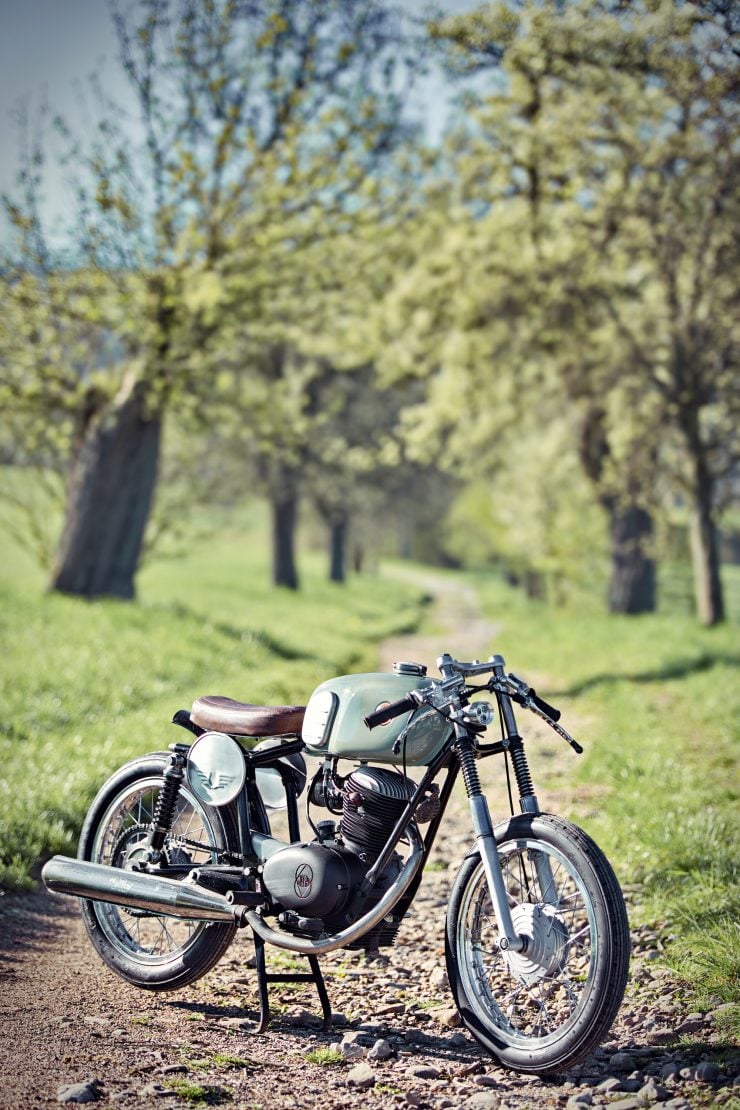 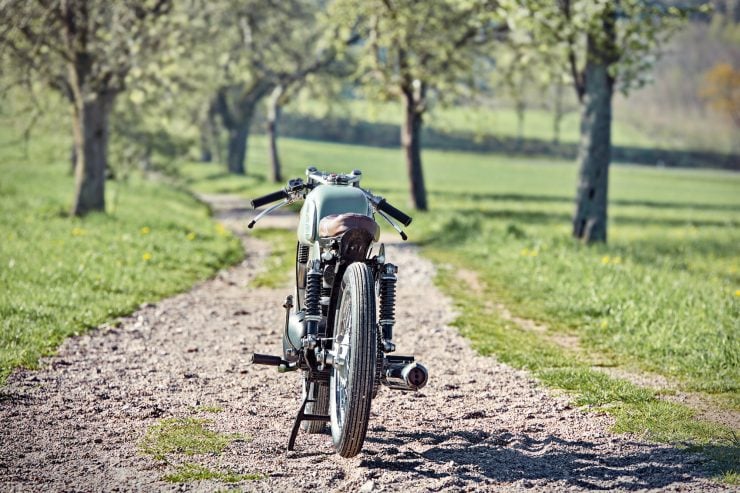 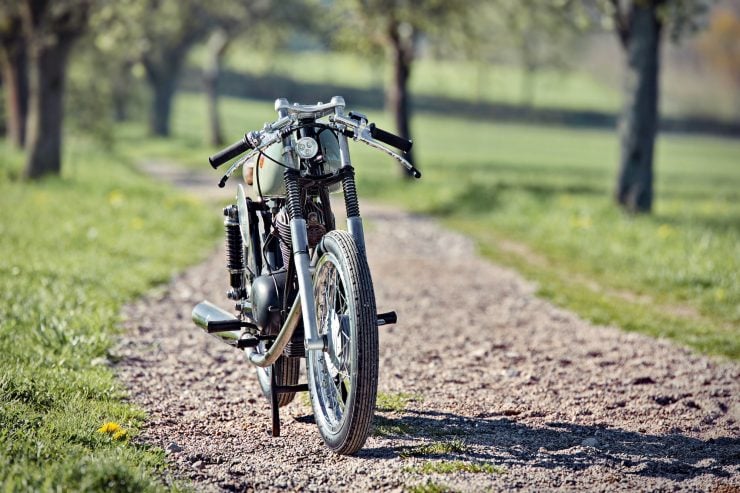 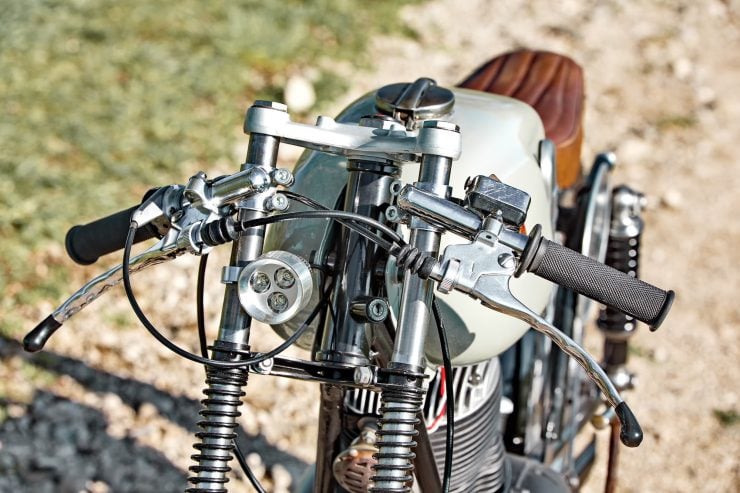 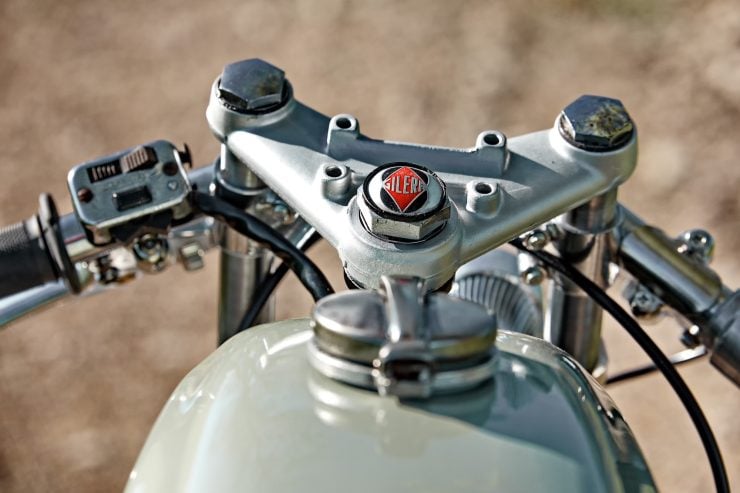 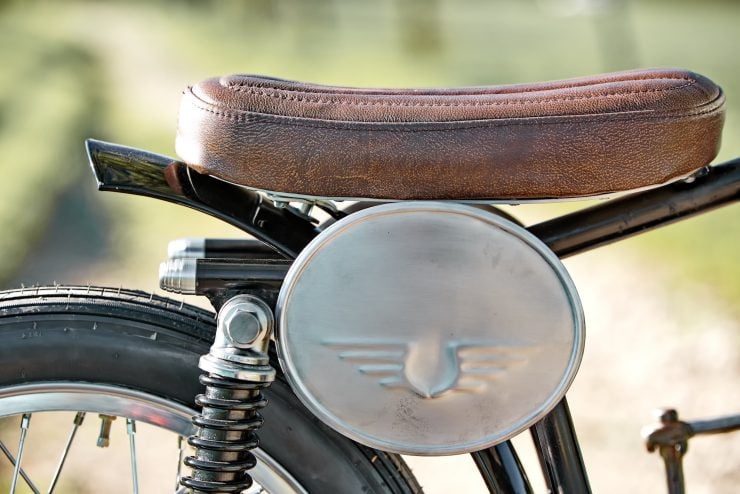 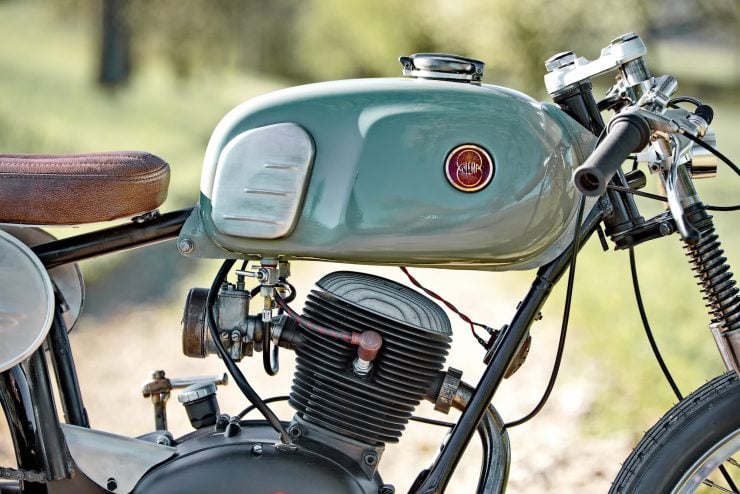 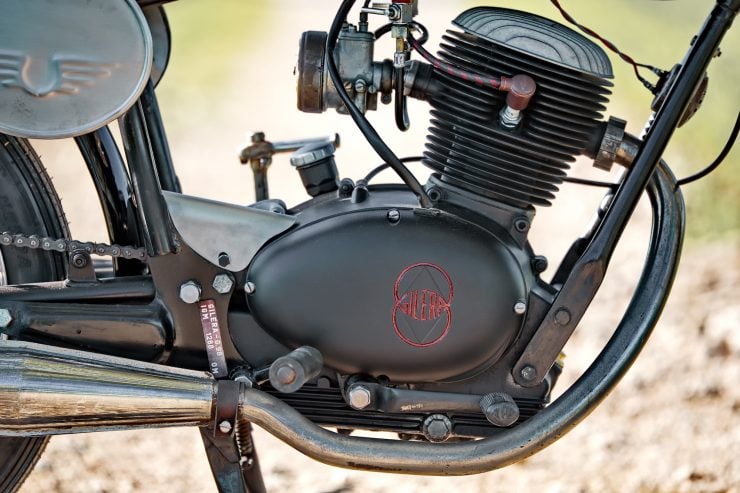 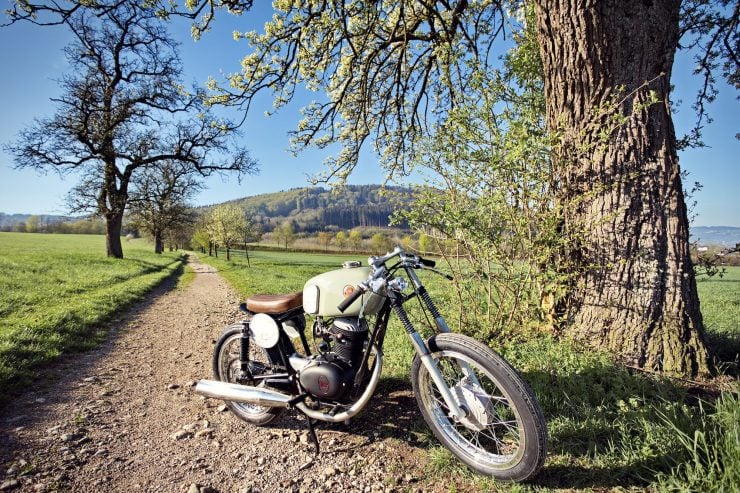 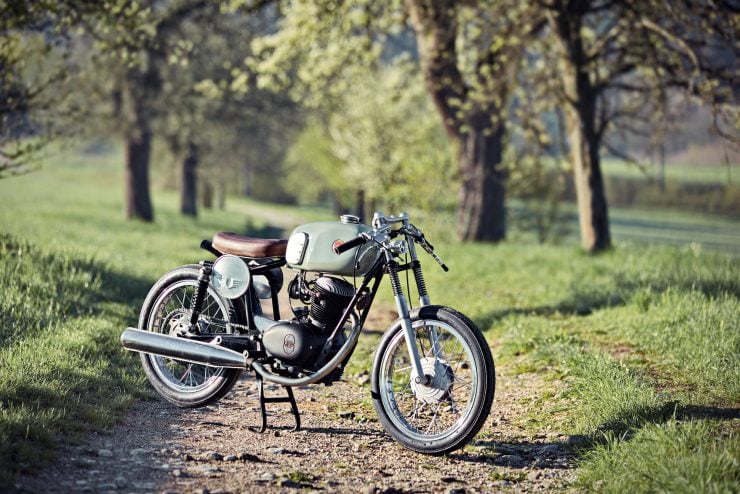 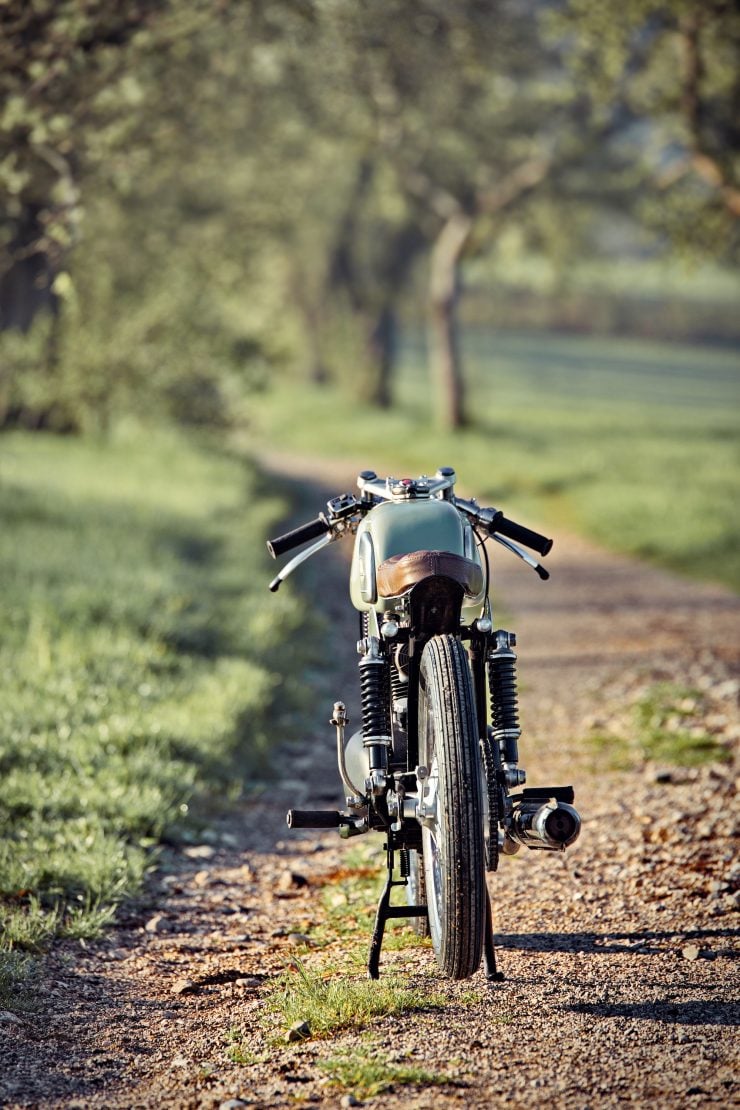 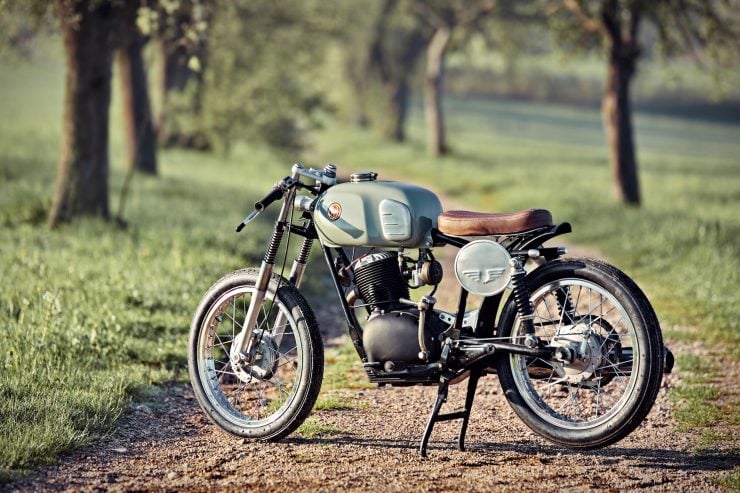 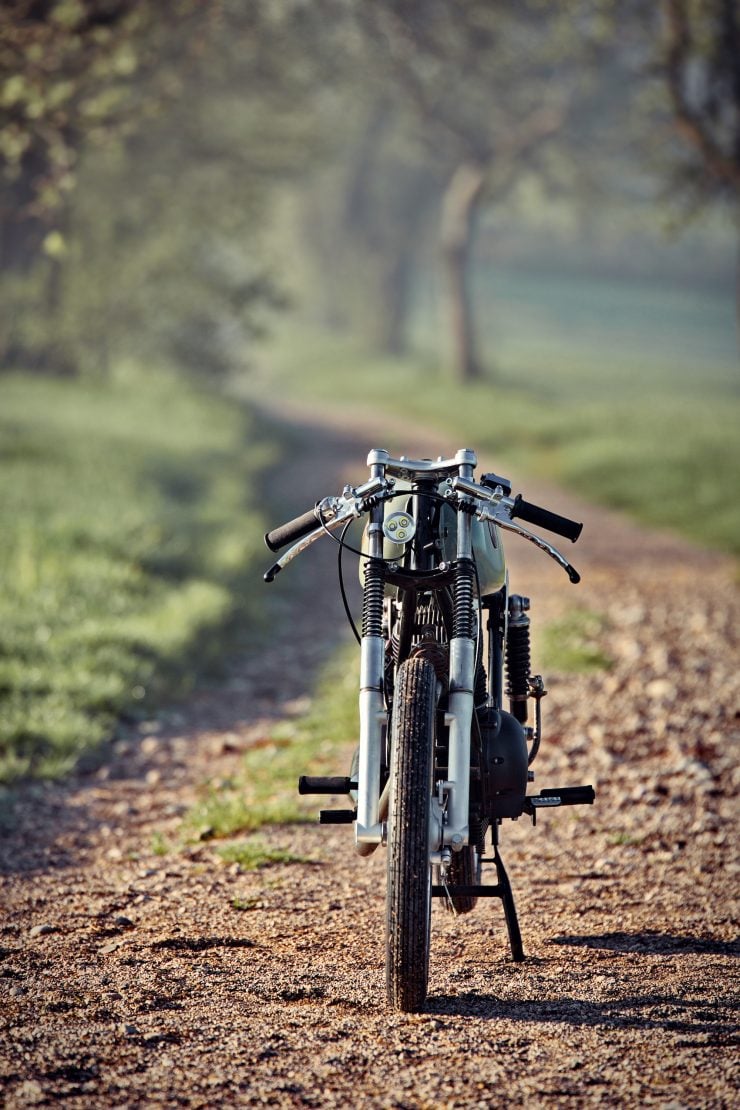 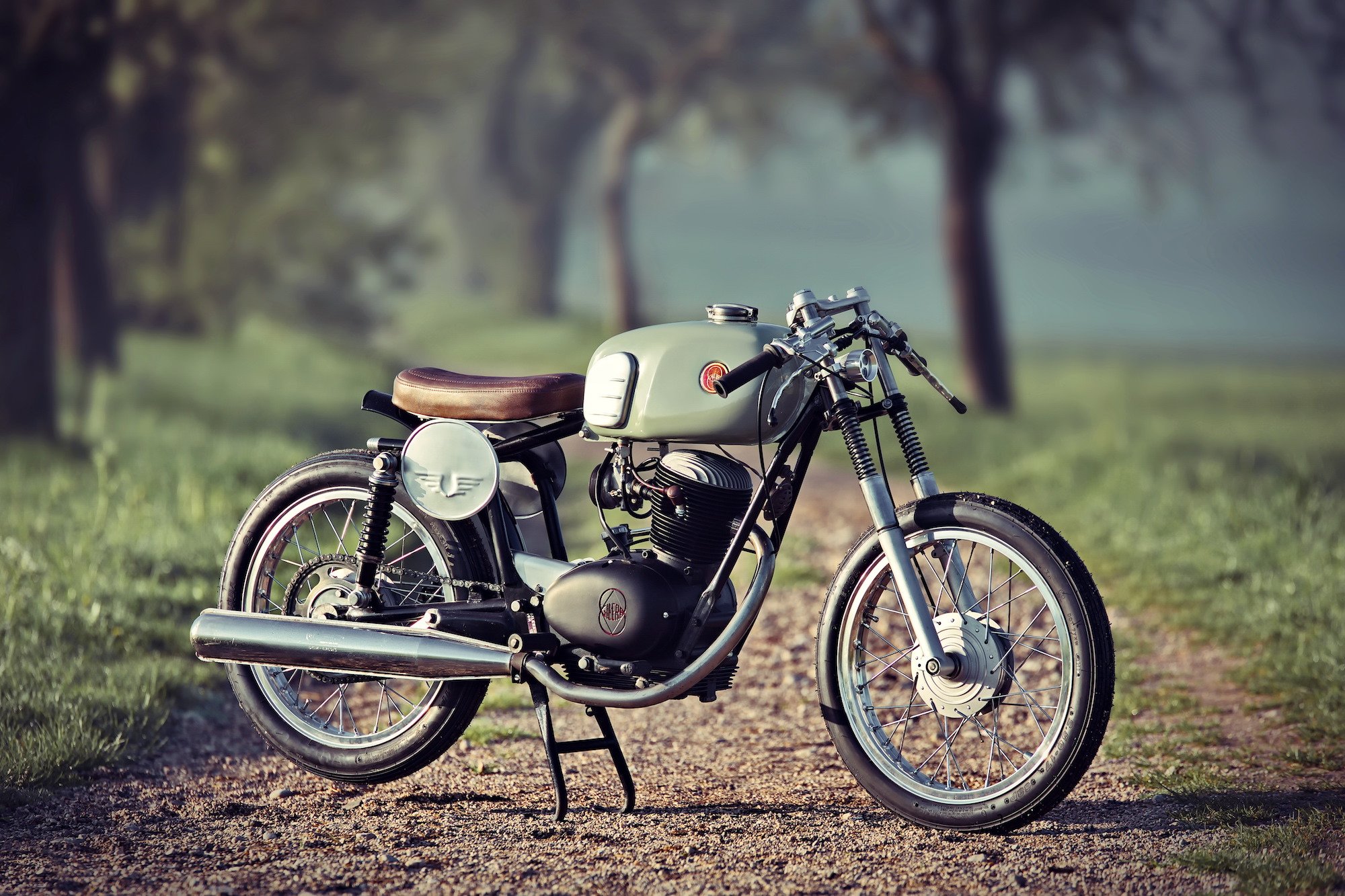