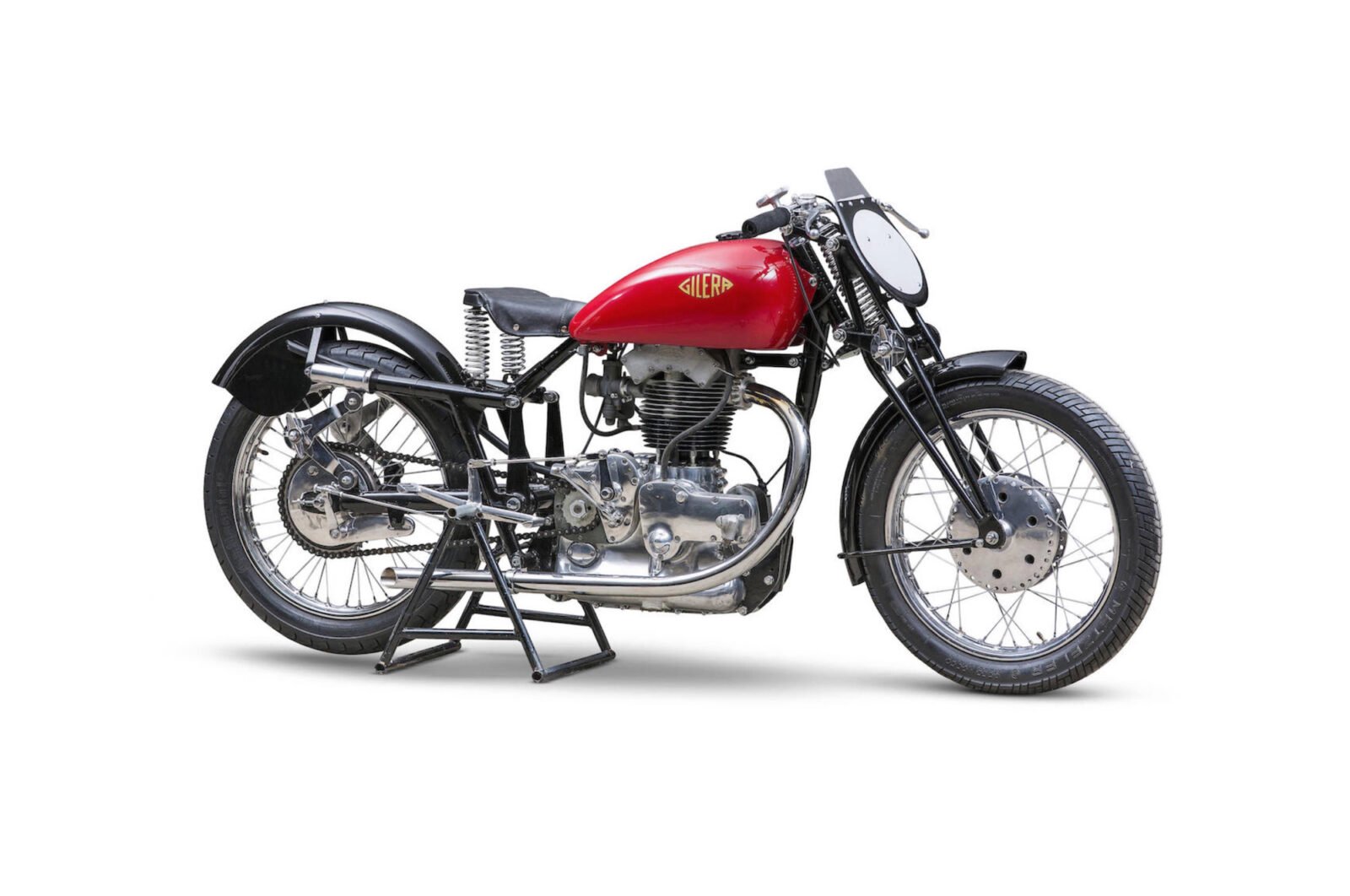 The Gilera Saturno was designed in the late 1930s and first shown to the public in 1940, just as the dark clouds of WWII descended over the continent. Due to the war effort the first real production models were introduced in 1946 but by then the ability of the Saturno as a race bike was already well understood – Massimo Masserini had won the Targa Florio back in 1940 aboard one.

Giuseppe Gilera was an engineer of the highest order, having learnt most of his skills from the age of 15 onwards working as an apprentice for companies like Bianchi and Moto Reve. In 1909 at the age of just 22 he built the first motorcycle of his own design, and by 1911 he had started the small Gilera racing team and began competing in regional road races and hill climbs.

Giuseppe was always on the lookout for new or unusual engineering solutions that might give him an edge when it came to racing. With the Saturno an unusual rear suspension arrangement was used involving a horizontally-sprung, friction-damped, swinging-arm – coupled to a more traditional blade girder fork front end.

Gilera had used similar suspension systems since the early 1930s and their understanding of how to get it turned for racing explains their use of it here. This horizontally-sprung rear suspension only lasted for a few years of Saturno production, and by 1951 telescopic shock absorbers were being used on the front, and a year later on the back too.

In racing trim, the Gilera Saturno was capable of 36 hp thanks to its 499cc single cylinder engine with a bore/stroke of 84 x 90 mm, a 35mm Dell’Orto carburettor and a straight-through exhaust. It was the motorcycle to beat in Italy in the late 1940s, winning events across the country and quickly earning itself a place amongst the finest racing machines in the world at the time.

The beautifully presented Gilera Saturno you see here is an original 1948 model, it’s almost certainly one of the best non-museum examples in the world and it’s estimated to be worth between €11,000 and €16,000. If you’d like to read more about it or register to bid you can click here to visit Bonhams. 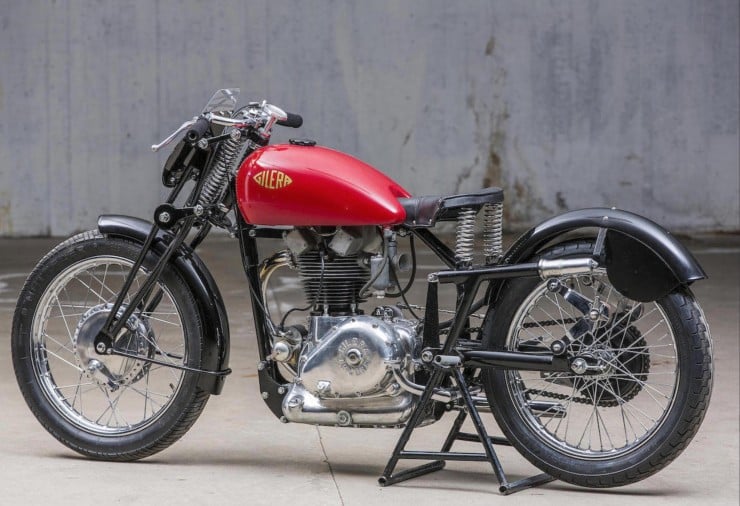 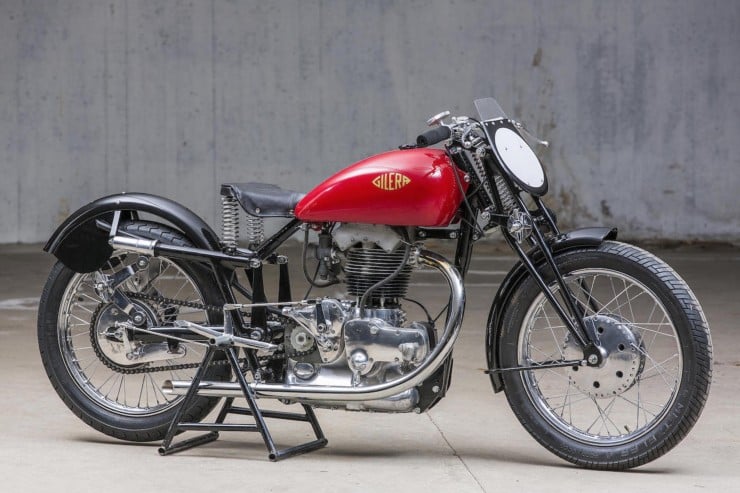 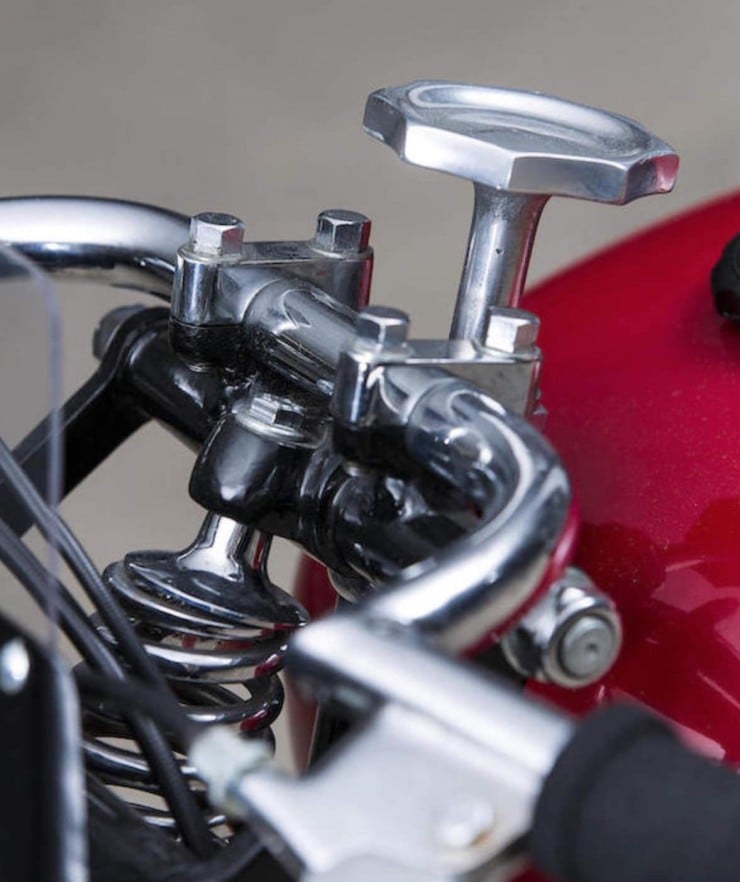 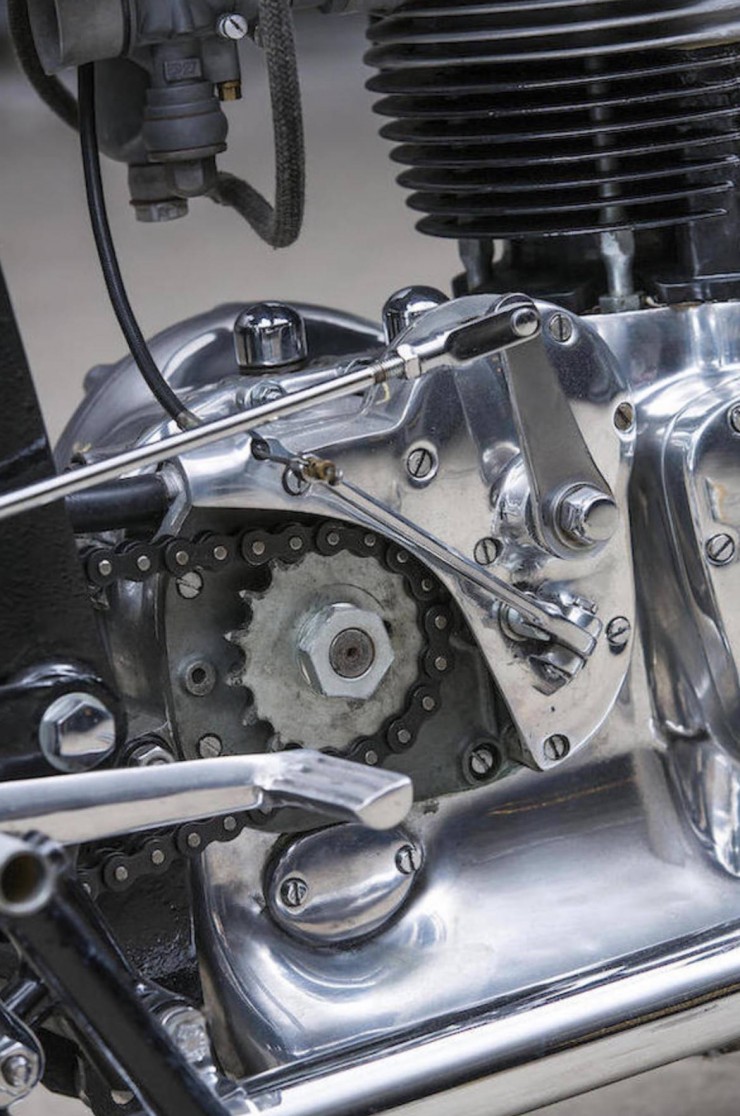 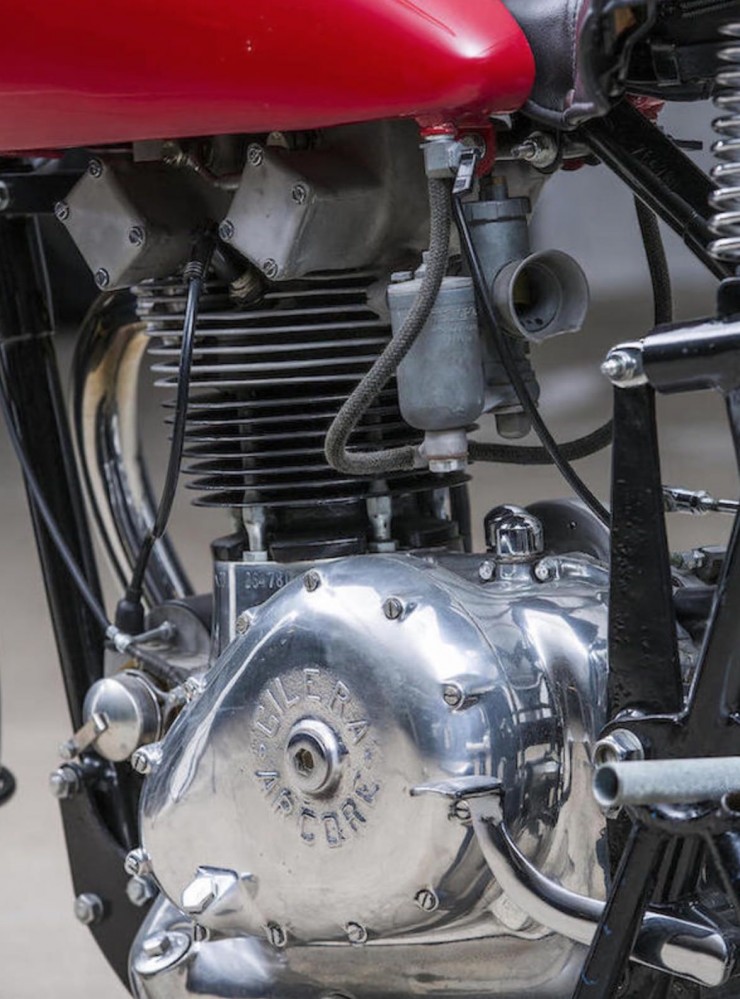 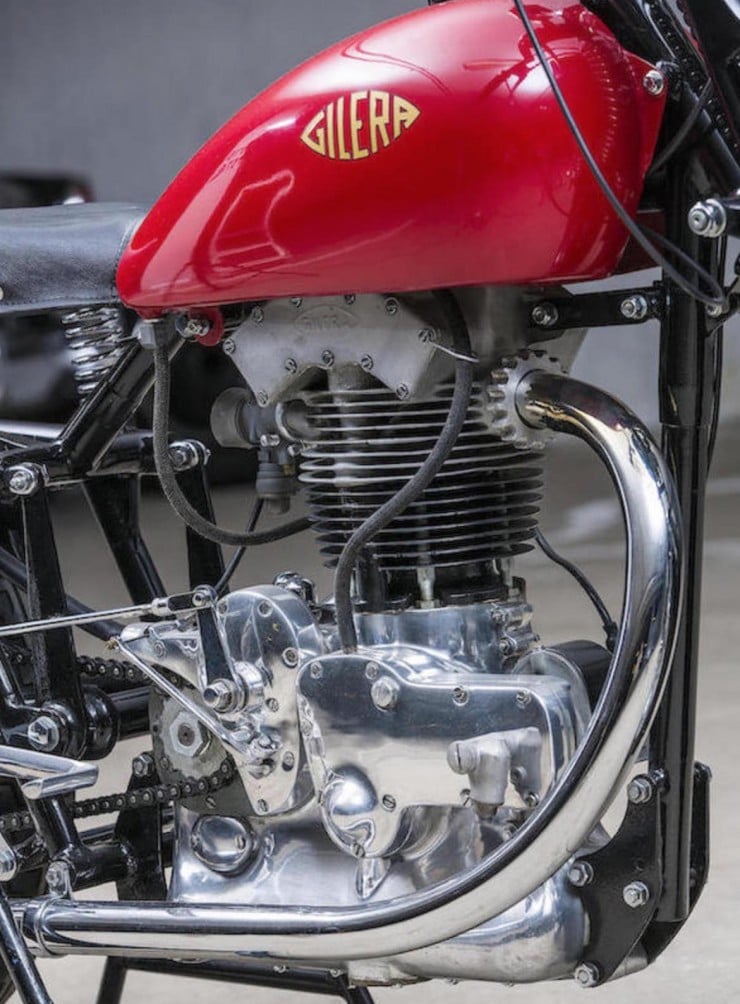 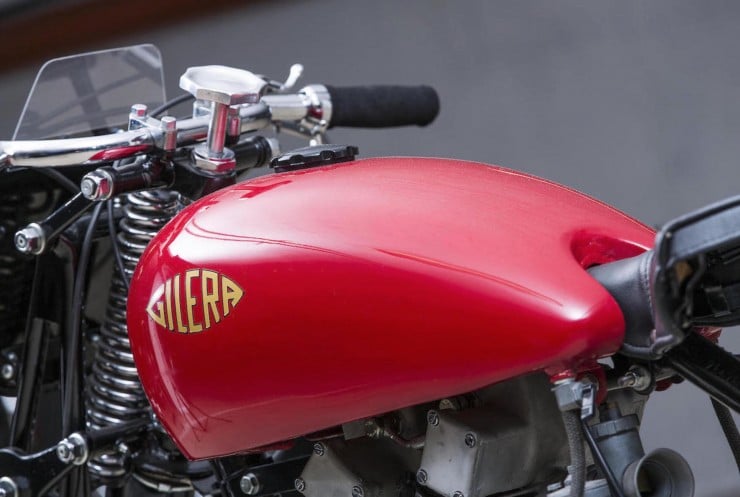 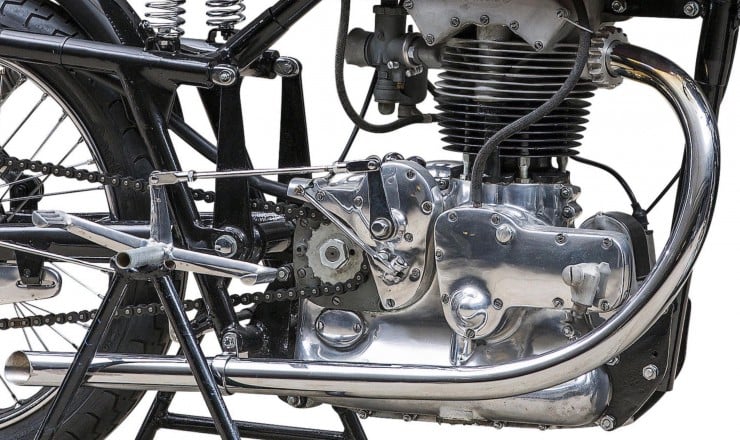 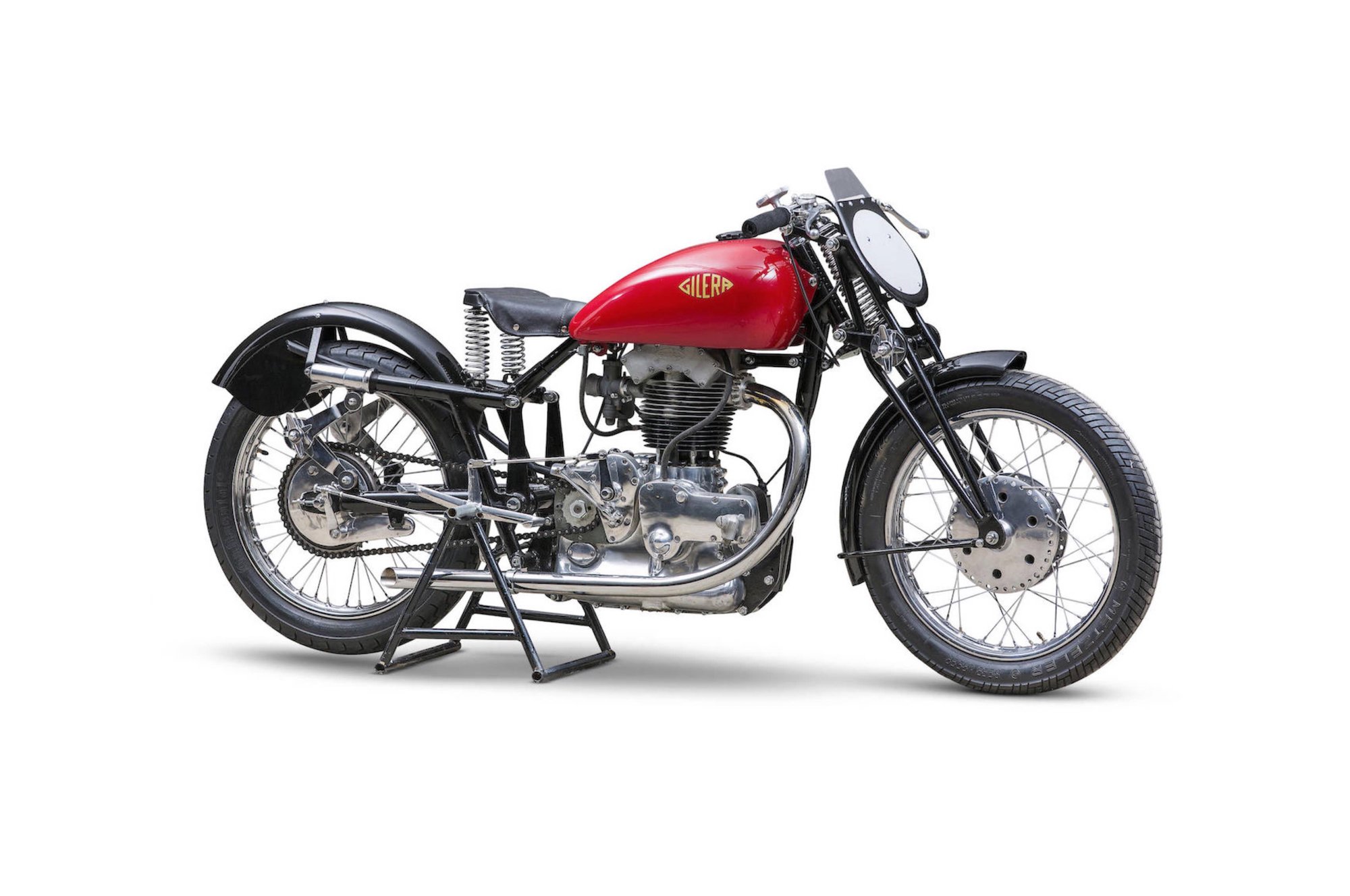