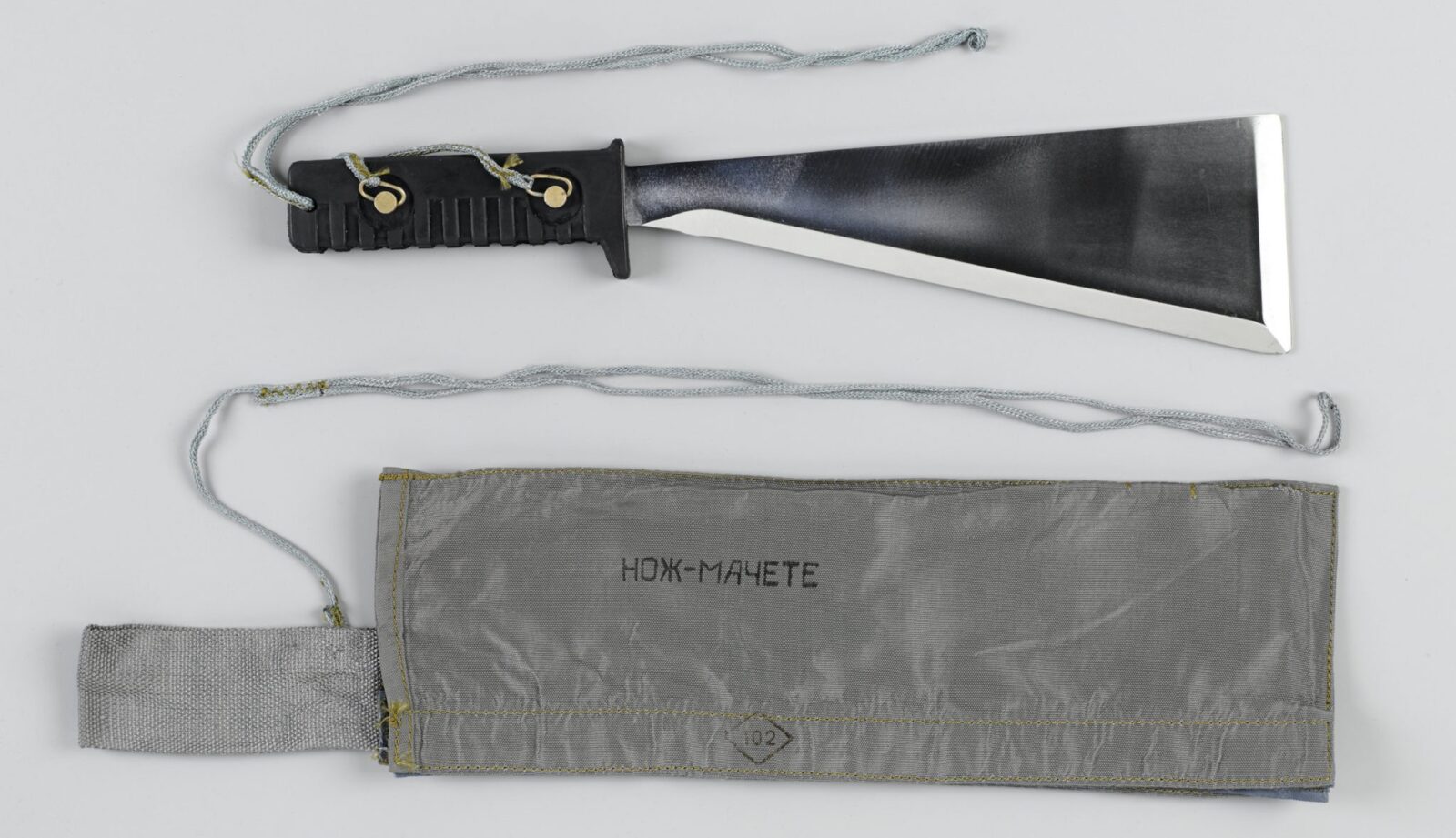 It isn’t every day you get the chance to buy an original Soviet Cosmonaut Survival Machete but I’m here to tell you that today is just such a day. Or more accurately, such a day will happen on the 8th of April at the Bonhams Space History Sale in New York.

All Soviet cosmonauts were given machetes before each space flight, rather than battles to the death in low Earth orbit they were for use in the advent of an emergency landing – which could result in the capsule coming down anywhere from the African Savannah to the Brazilian Amazon.

If you’d like to add this particular machete to your collection, you’ll need somewhere in the region of $500 to $700 USD and you’ll need to register to bid here.

Large 14 inch machete consisting of a long 9 inch triangular blade having a sharpened fore-edge and head with a 4 ½ removable black rubber handle. A long heavy weave nylon string is attached to the handle which is removable from the blade base via two screw pins. The blade is numbered “376 5959” and is housed in a gray nylon sheath having Velcro closures and belt loop. The sheath is stenciled: “Hok-mayete”, [knife-machete].

All Russian Soyuz flights carried a machete identical to the present one to assist the cosmonaut crew after a remote unscheduled landing. A versatile tool with the ability to cut brush and small trees, loosen soil, and defend against wild animals. 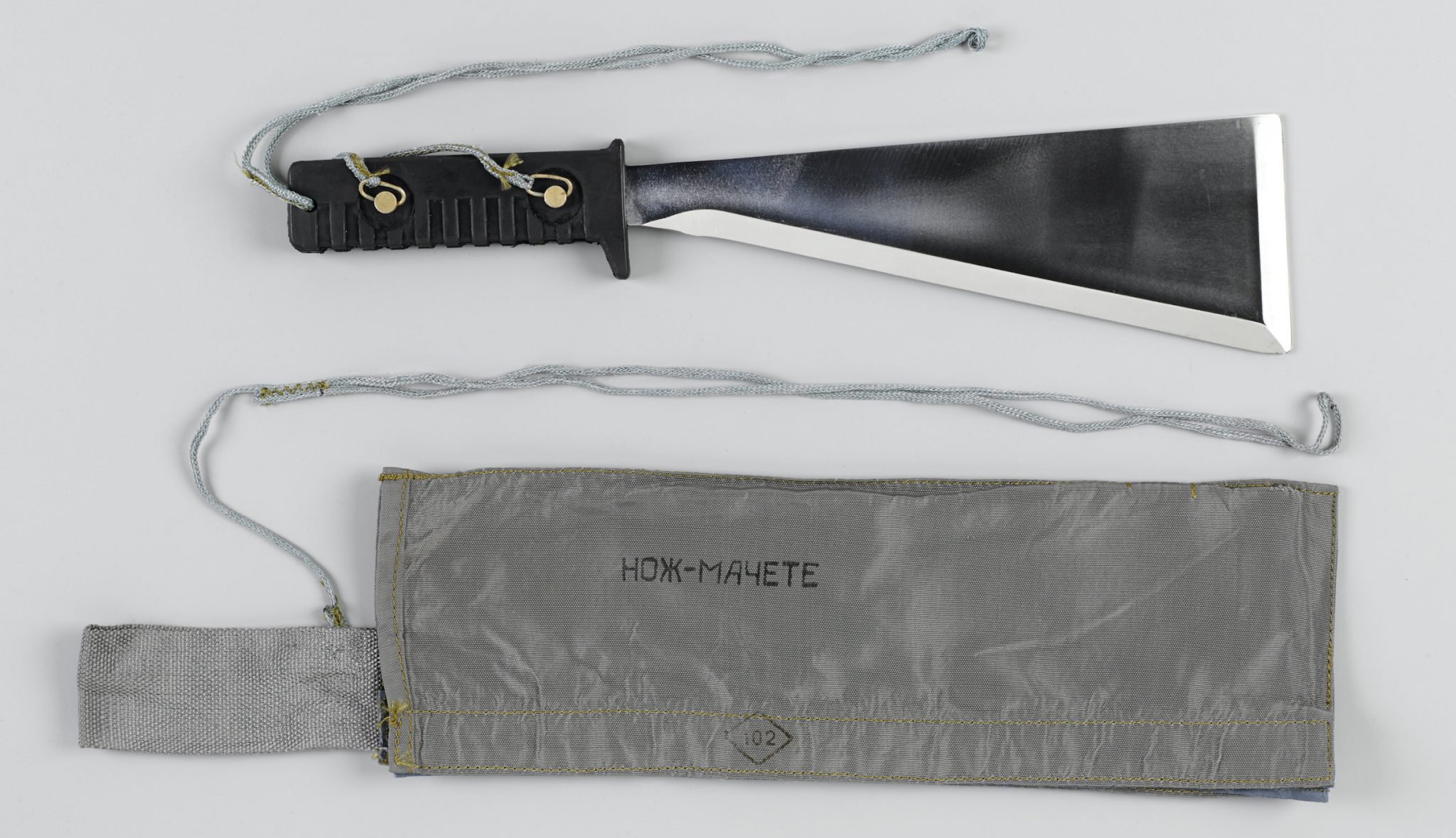