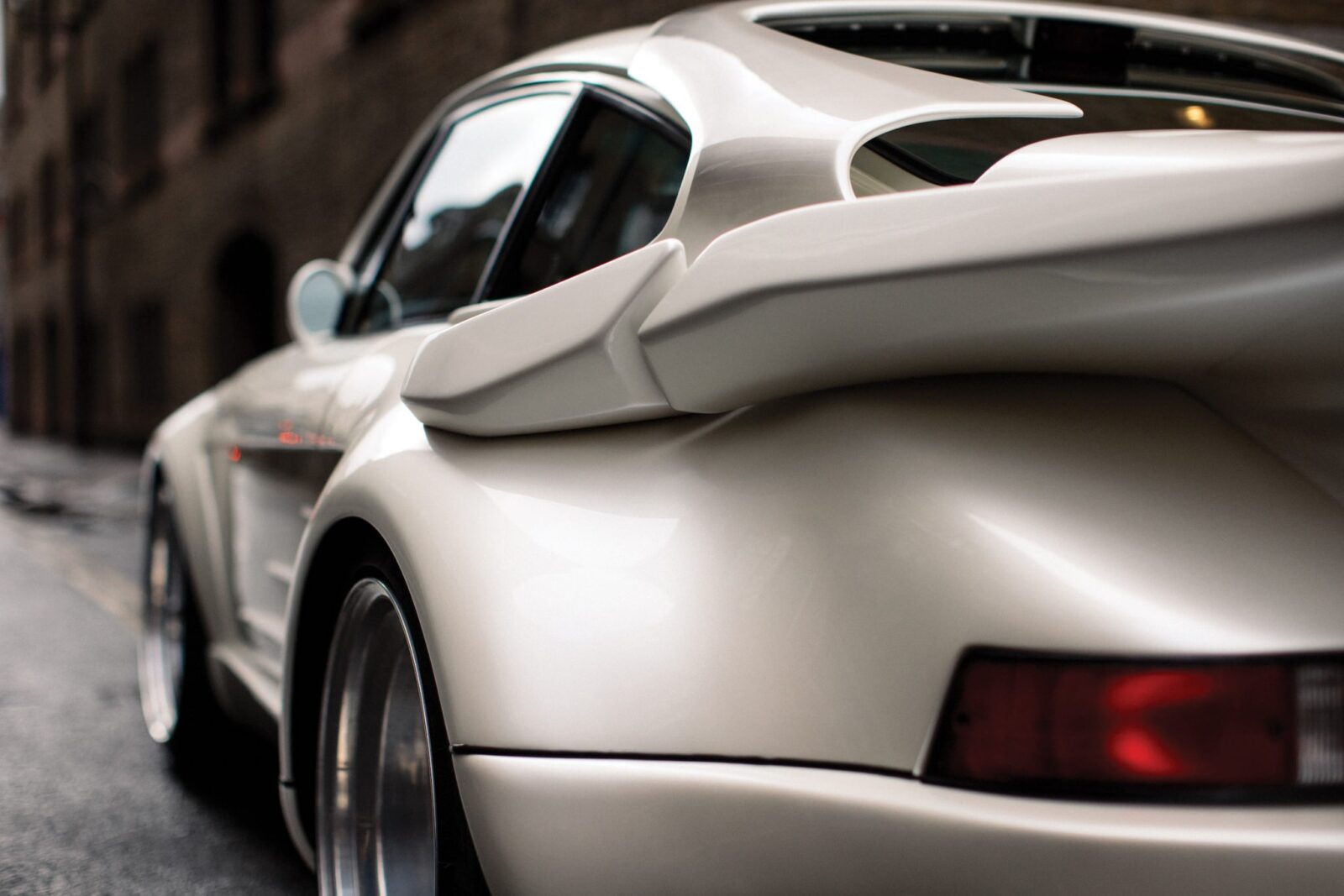 The Gemballa Avalanche is the car that helped launch Gemballa into the centre of the world stage for outrageous bespoke cars, often costing over $500,000 USD apiece in 1980s money – that’s well over $1,000,000 now.

Founded by Uwe Gemballa in 1981, the German company was based near Porsche in Leonberg, Germany – just west of Stuttgart. Since its inception, Gemballa has been renowned for their outlandish styling and performance figures that outpaced even the quickest factory vehicles being sold by Porsche.

The Gemballa Avalanche was originally based on the already borderline-insane Porsche 911 Turbo “Flachbau” or “Slantnose”. The car debuted in 1985 as a coupe, along with the non-turbo convertible version that was known as the Cyrrus.

The original Porsche 911 Turbo had the internal engine code “930”, a name still used by Porschephiles who rarely refer to an original Turbo as a 911. First sold in 1975 the cars were raw, powerful, and not entirely safe for those who weren’t familiar with managing turbo lag. Some nicknamed these cars “widow makers”, but the truth is that they just needed an experienced right foot, and owners like Peter Sellers who had ample practice driving high-performance cars found the 930 to be no particular challenge.

The Flachbau 930 was already a rare, quick, and desirable car when it was released. The team at Gemballa initially focussed on aesthetics – primarily the body kit and interior, with the cars being sent to RUF for mechanical upgrades.

Uwe Gemballa’s vision for the 930 was nothing if not extreme. He added a prominent rear wing linked to an aero package installed around the rear window – “Avalanche” iconography was prominent on the rear lip of the wing, so people behind you in traffic know exactly what they’re looking at. 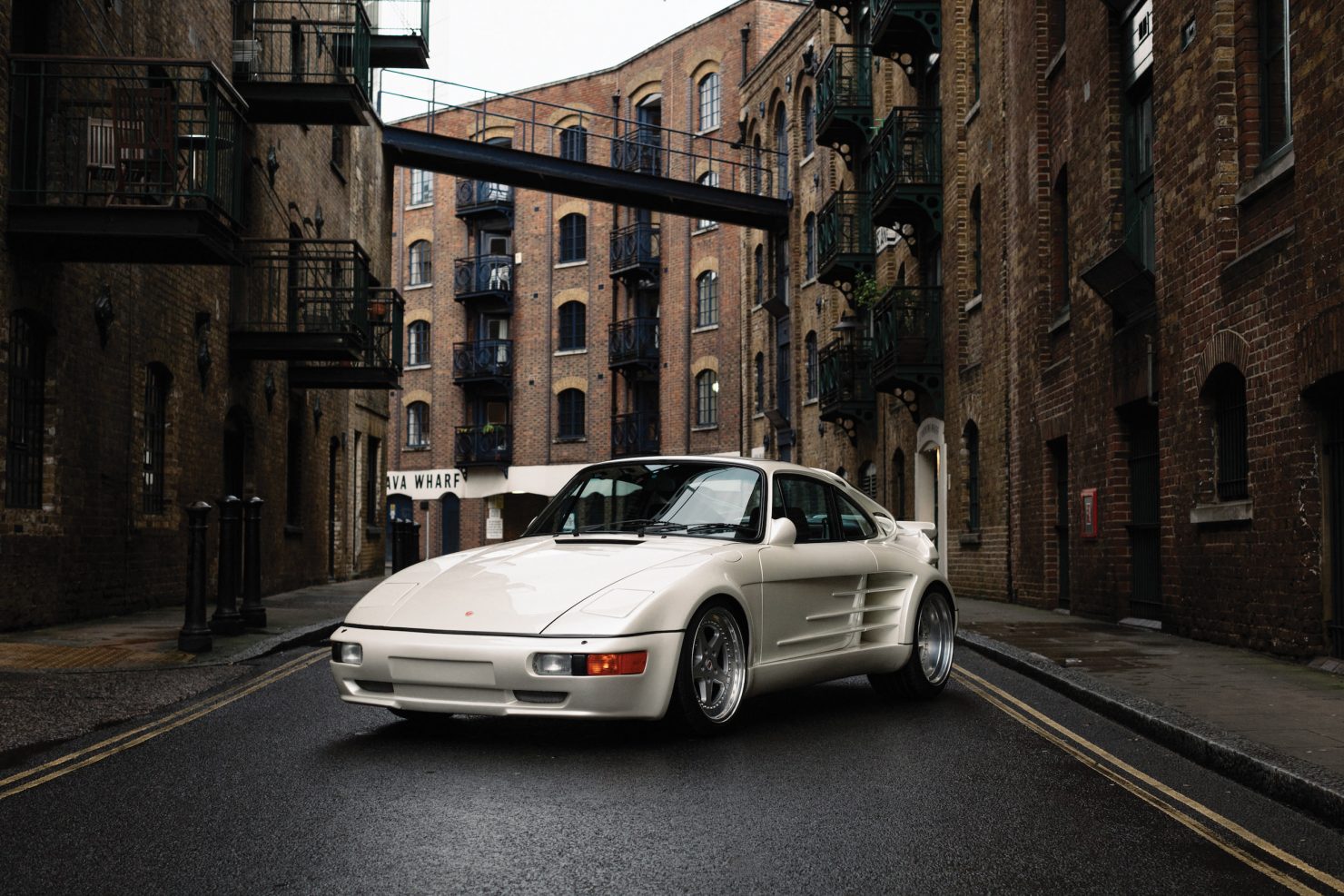 The most immediately noticeable design addition to the Gemballa Avalanche were the left and right side strakes reminiscent of the Ferrari Testarossa, these weren’t just a visual affectation either – they’re designed to be aerodynamically functional and channel cool air into the side intakes to feed the engine. Door handles were removed and replaced with a button under the top lip of the side strakes, a feature that often resulted in passengers standing next to the car with no idea how to get in.

The most famous Gemballa owner in the 1980s was the rapper Vanilla Ice, a man known for his somewhat ostentatious personal style, and for his love of fast cars and motorcycles. He referenced his song “Get Loose” with the line “Of course a Vanilla rides the groove like a Gemballa Porsche”.

There were two major versions of the Gemballa 930, and all were cusomisted to their owner’s specifications to some degree. Later cars had their external rear vision mirrors removed and replaced with cameras – an advanced idea designed to reduce aerodynamic drag.

Over the first 8 years of production just 15 Gemballa Avalanches were built, this means they’re a very rare sight on the road, with most owners taking them out infrequently to keep mileage low.

The Avalanche shown here is one of the final examples, it was built in 1986 and finished in a metallic pearlescent white, with a contrasting black leather interior. The engine was modified by RUF and now produces 375 bhp, up from the original 300 bhp, and it’s only gathered 13,800 miles in its first 30 years of life.

Gemballa recently revived the Avalanche name-plate, basing the modern version on the new Porsche 911 Turbo, and incorporating all the characteristic modifications we’ve come to expect from the German firm.

If you’d like to read more about this car or register to bid, you can click here to visit the listing on RM Sotheby’s. 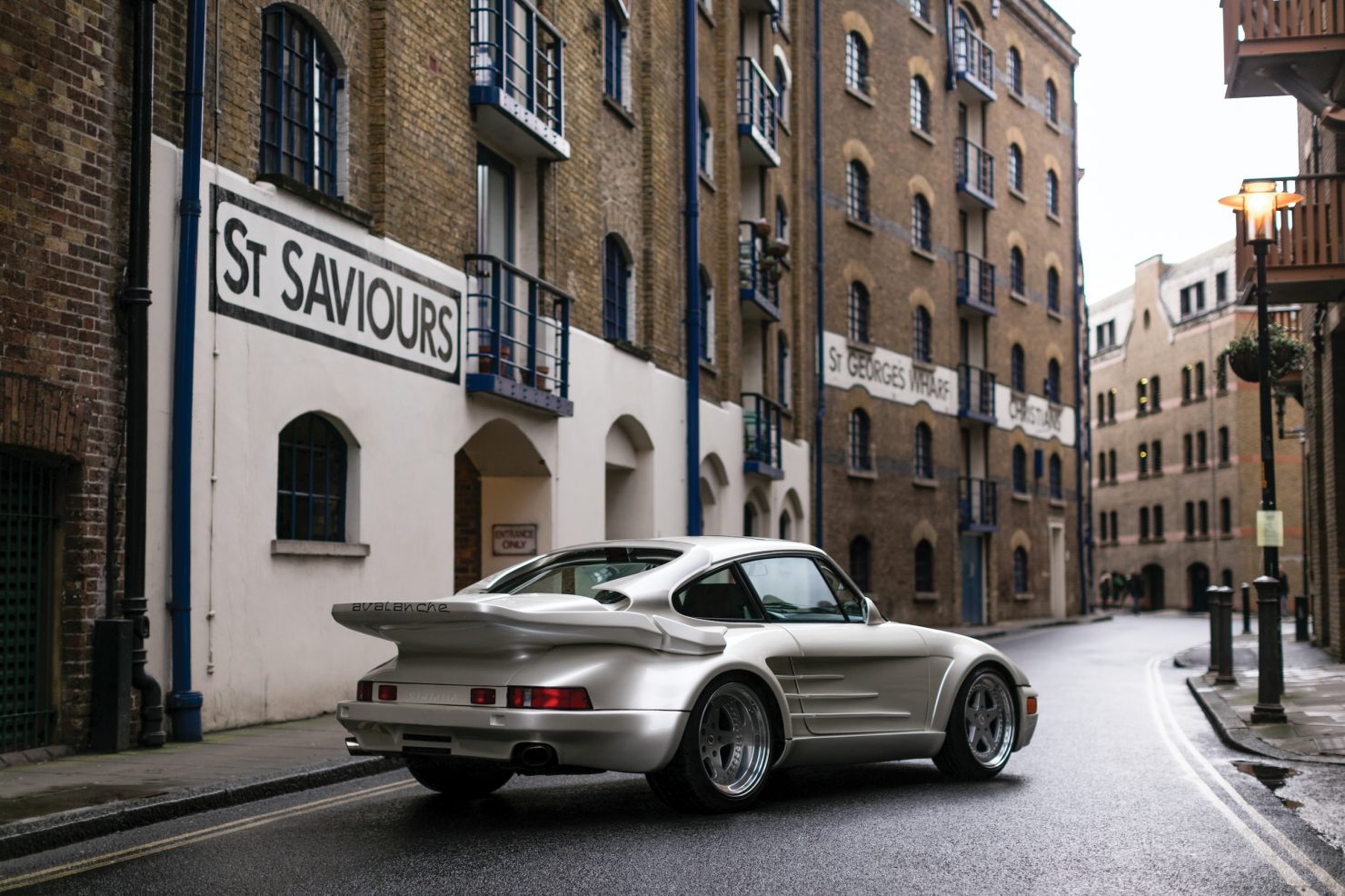 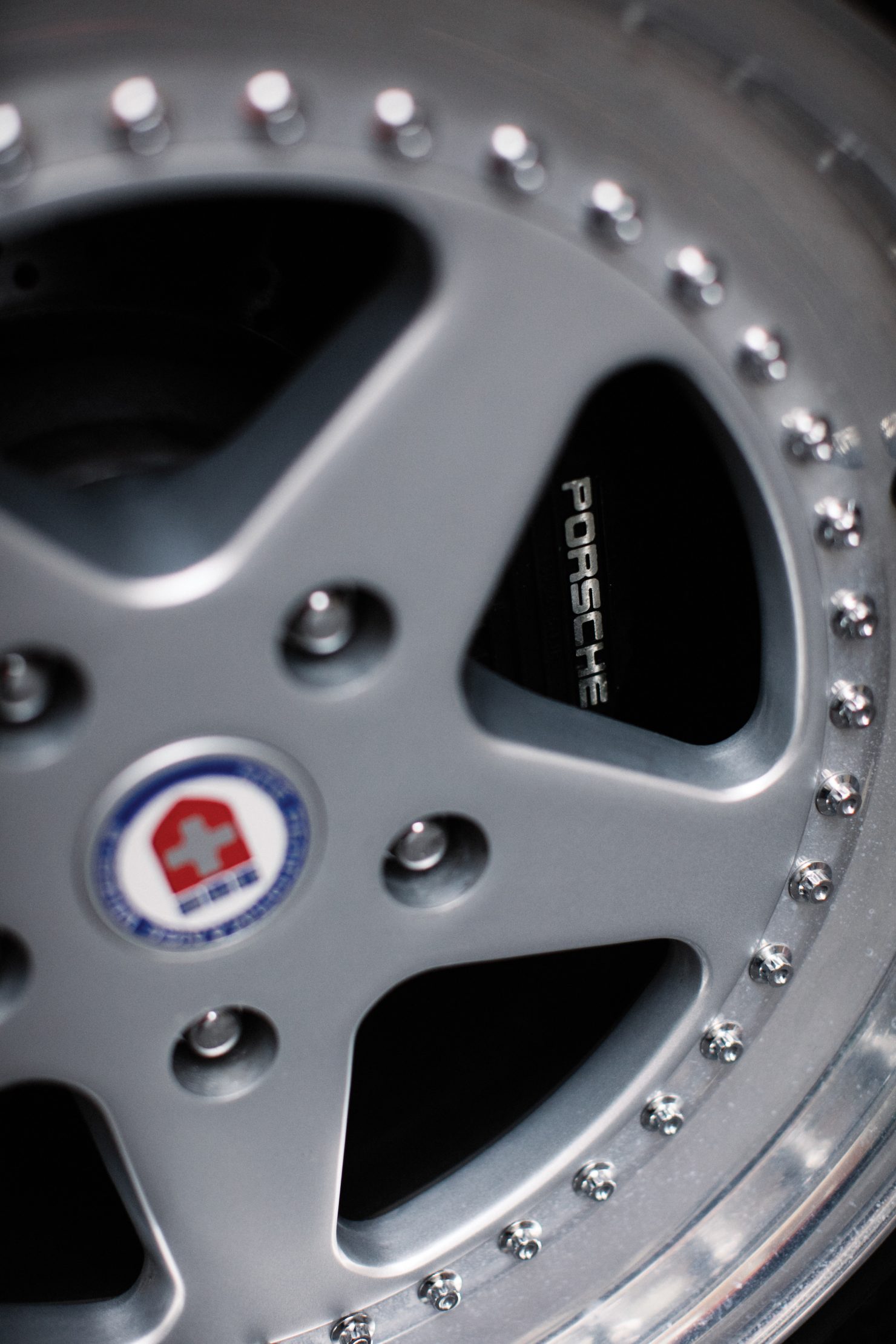 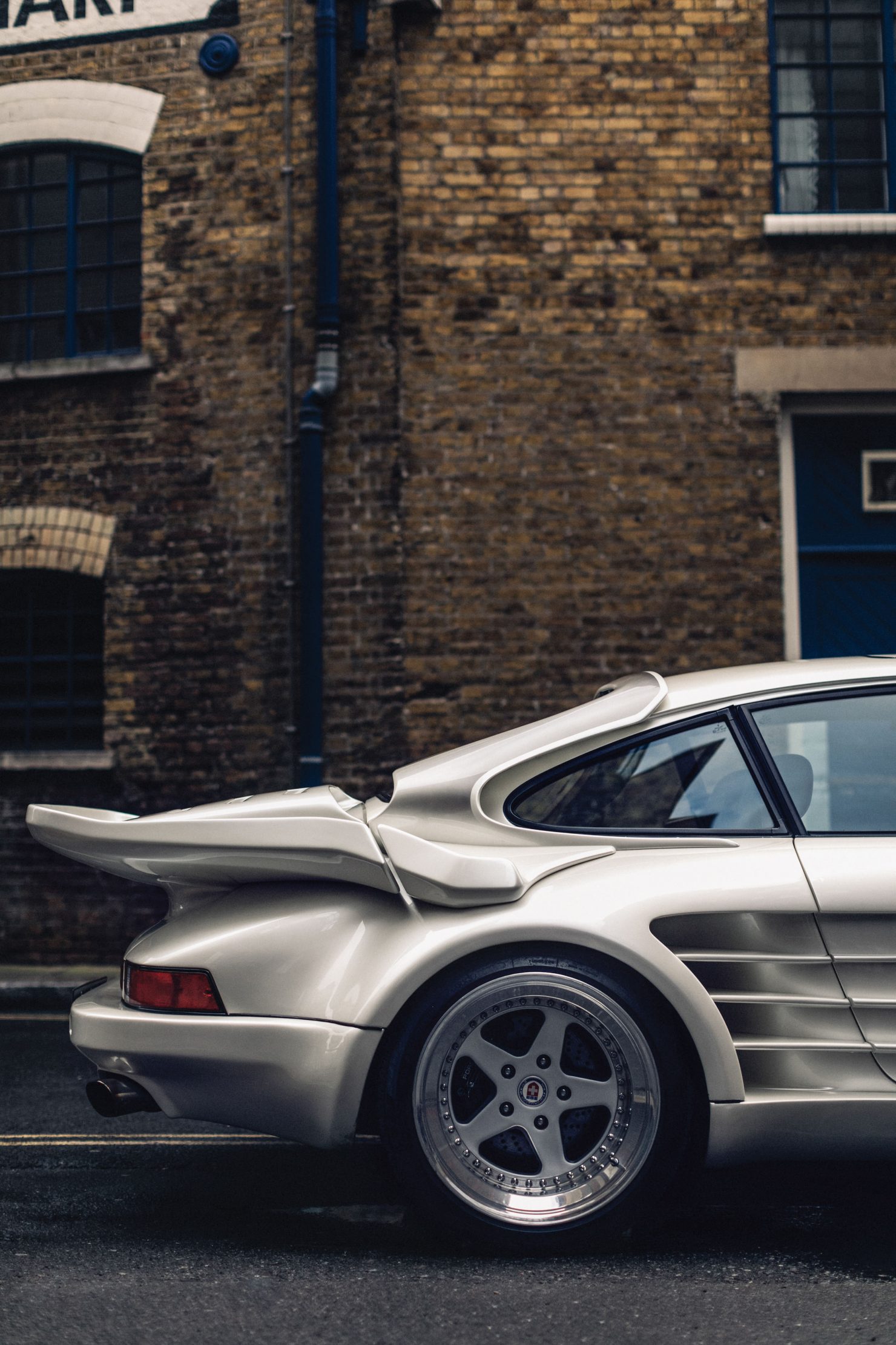 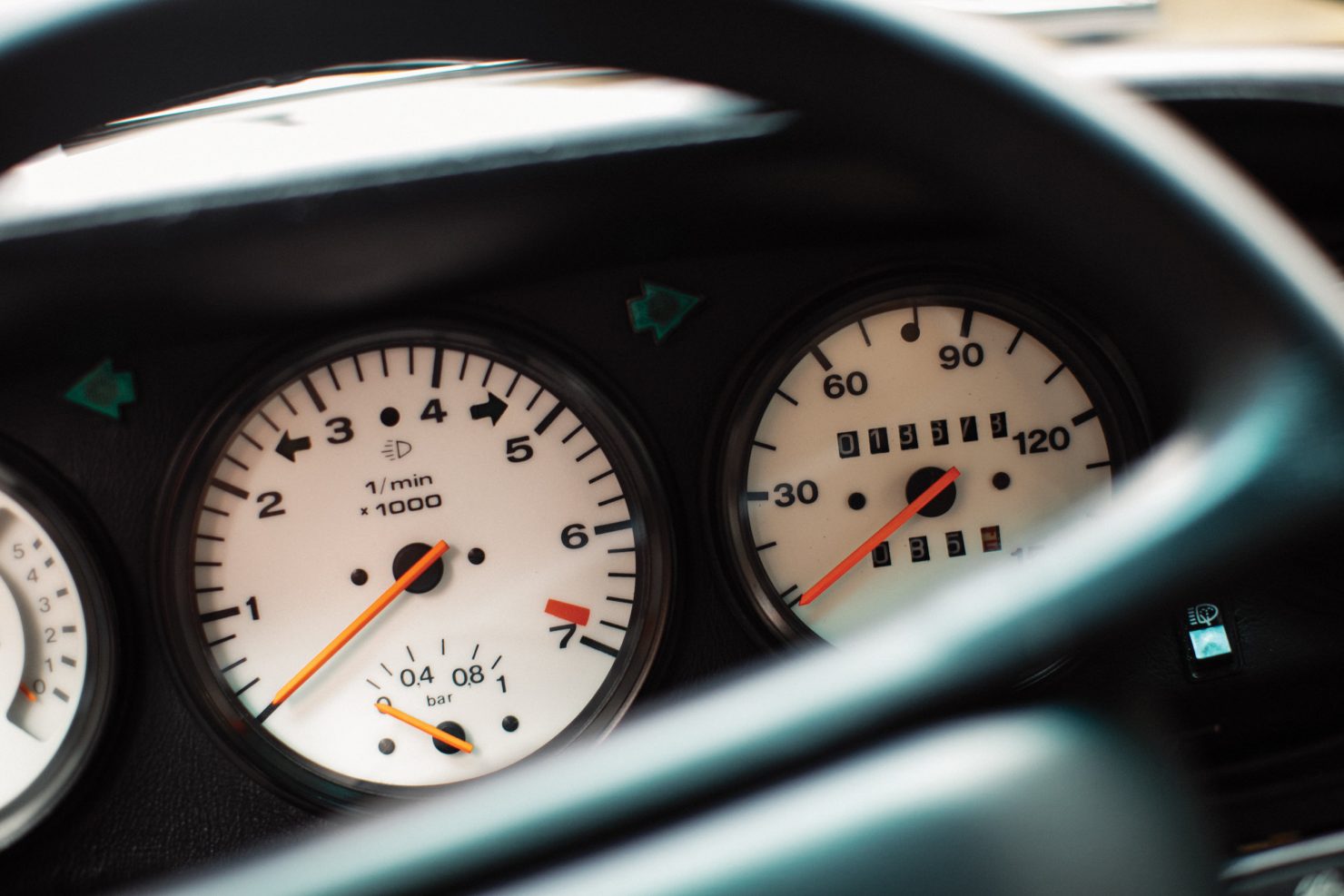 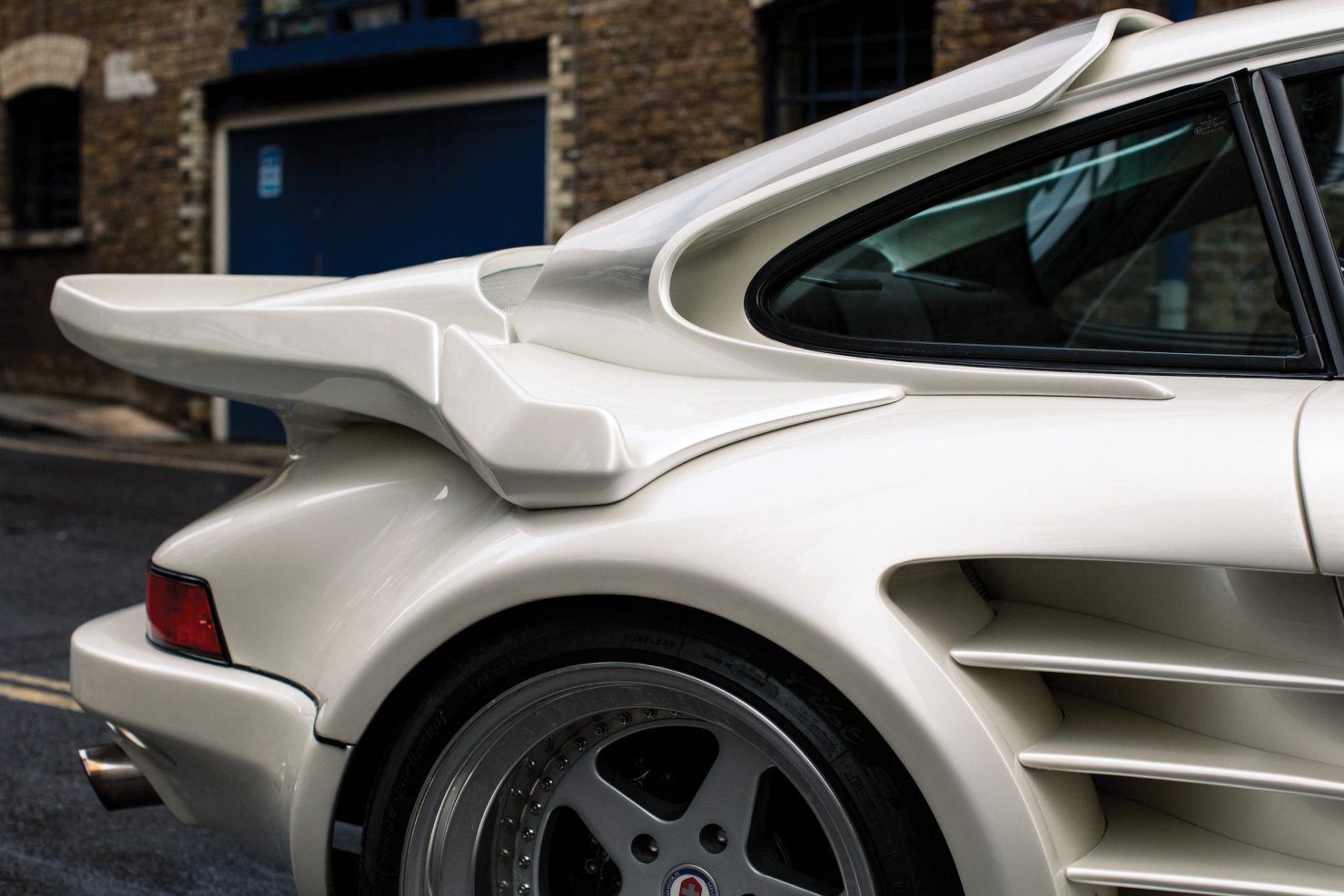 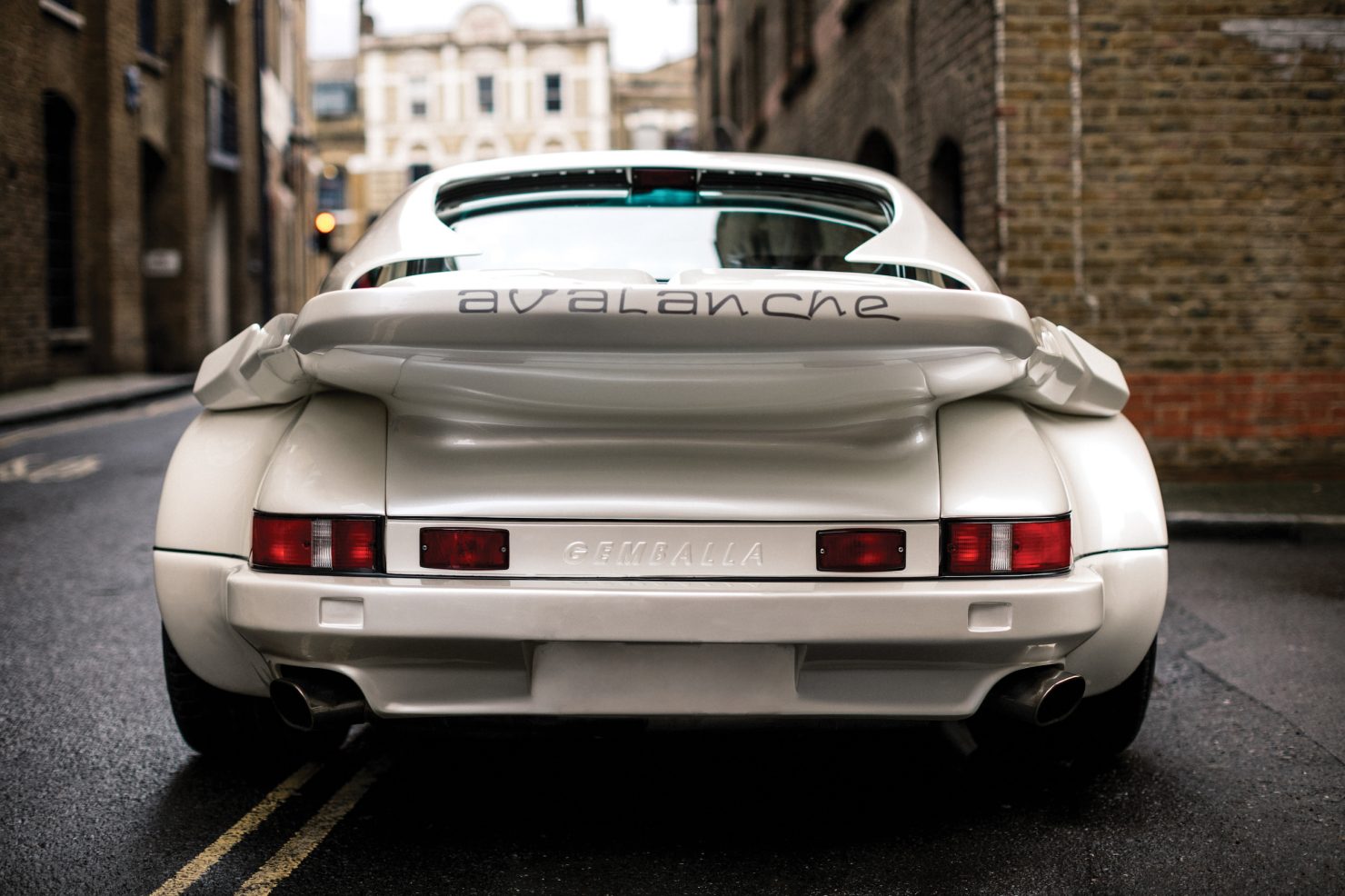 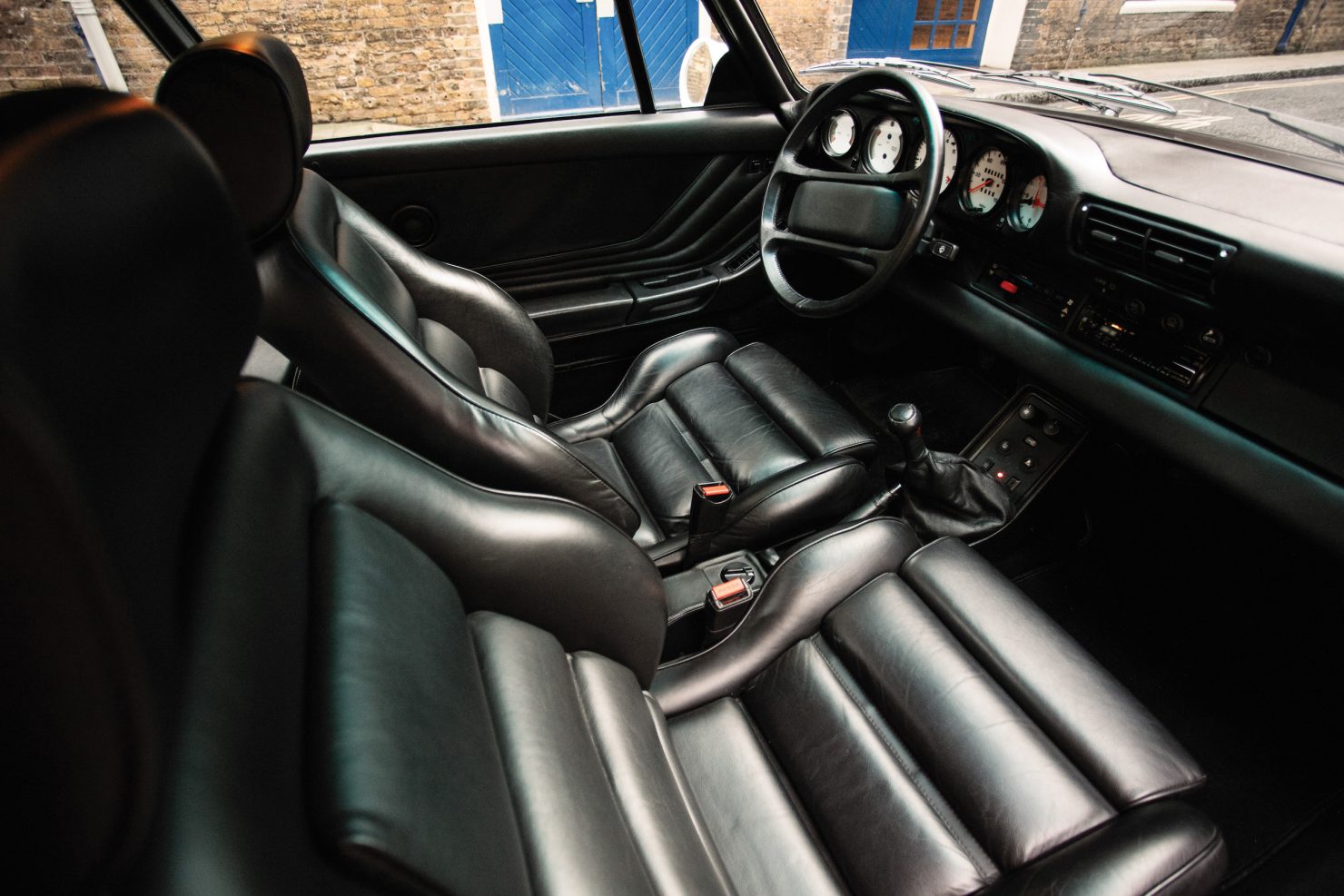 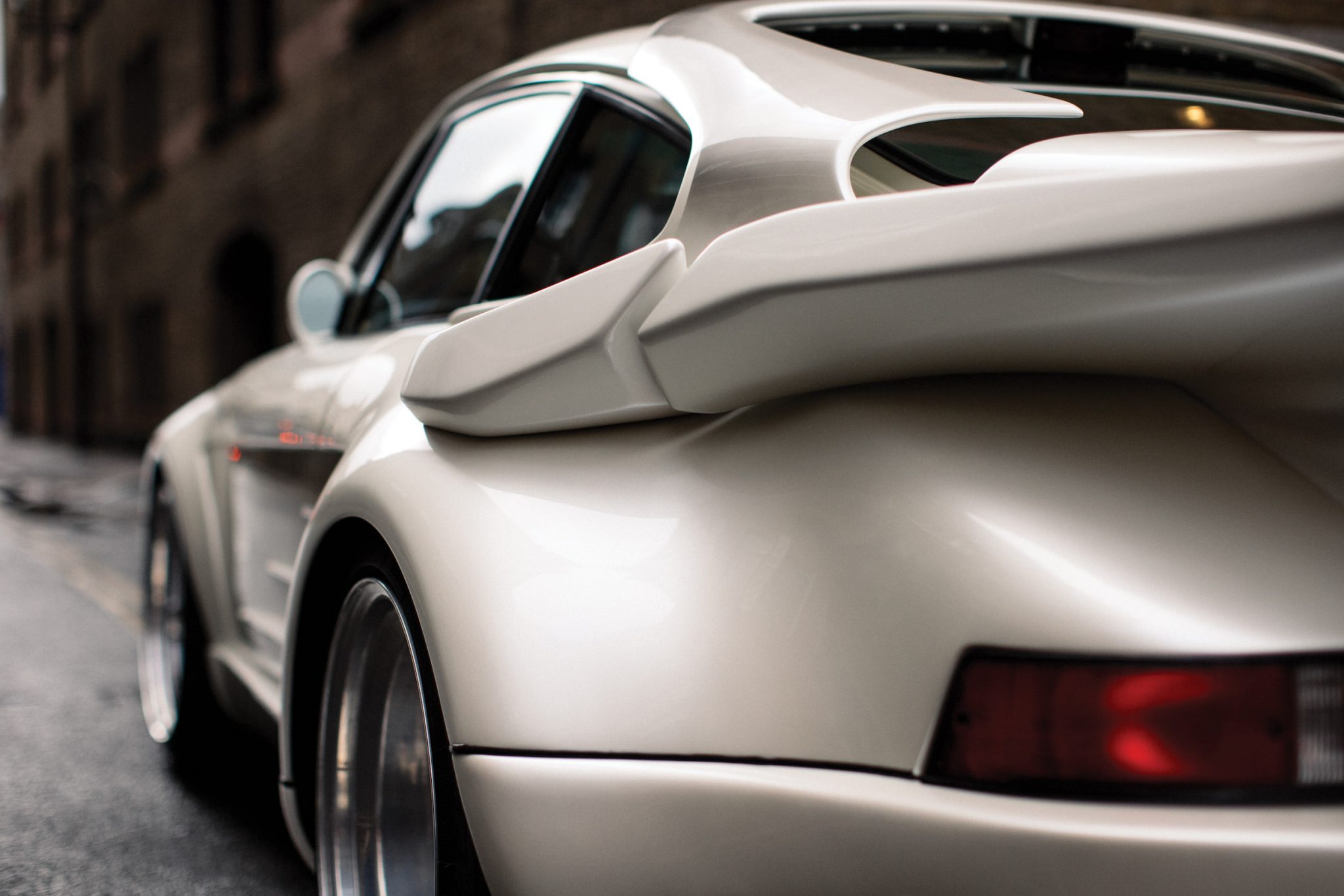