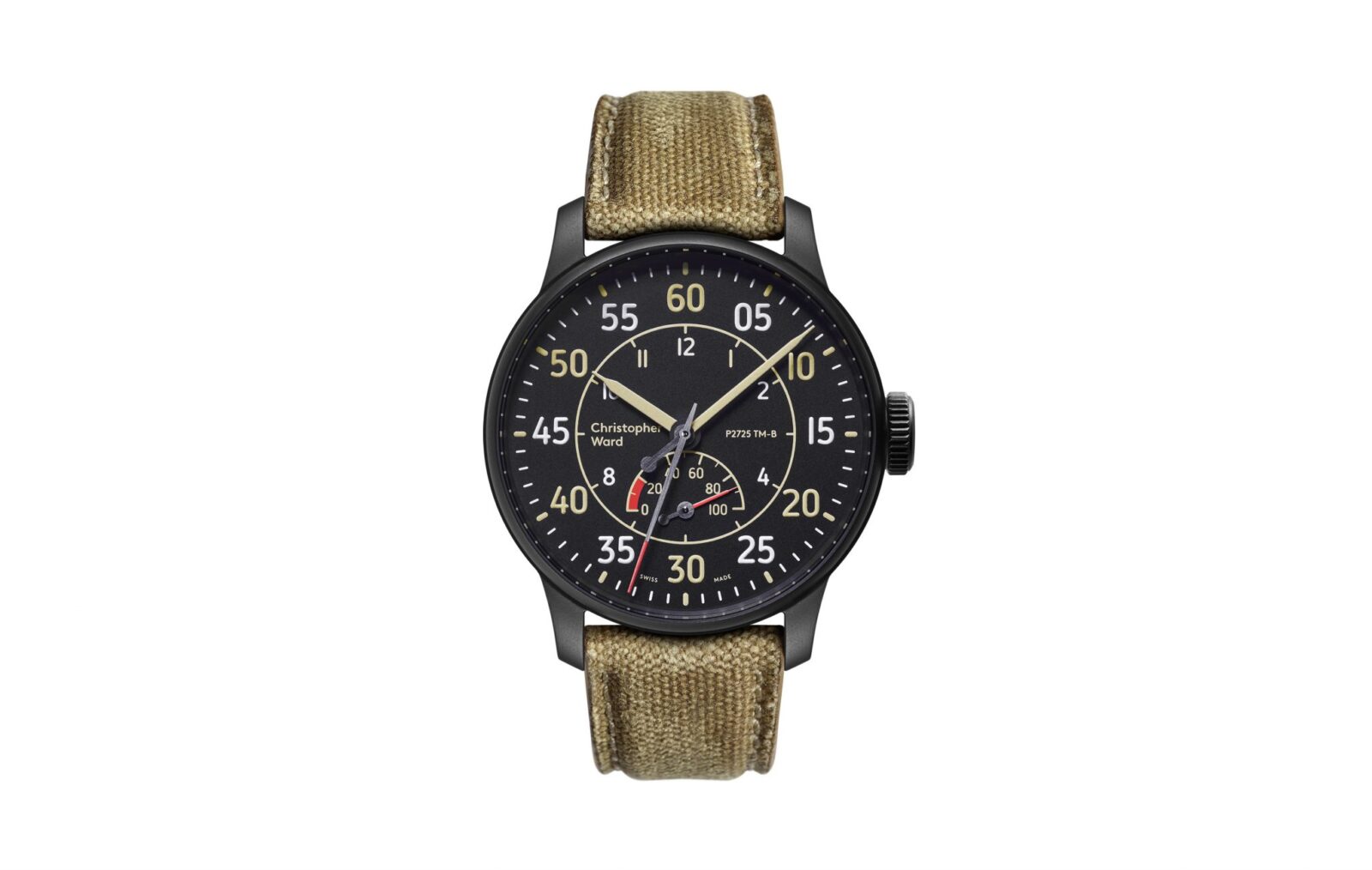 The C9 P2725 TM-B Limited Edition timepiece by Christopher Ward was designed to commemorate Flight Lieutenant Ray Holmes, a WWII Hurricane fighter pilot who famously crashed his plane into a German bomber that was targeting Buckingham Palace during the Battle of Britain on the 15th of September 1940.

Holmes’ effort wasn’t in vain, he cut the tail off the bomber with his wing causing it to crash, his badly damaged Hurricane crashed near the grounds of Buckingham Palace but crucially he survived. Holmes is remembered today as the man who saved Buckingham Palace, he served right through WWII even teaching Russians on the Eastern Front how to fly the Hurricane, and he lived a long life – dying in 2005 at the age of 90. A documentary about him can be seen here, including footage of the crashing bomber, and snippets of interviews with the man himself.

When Christopher Ward set out to design a watch in Holmes’ honour they designed it to look like the flight instruments in the Hawker Hurricane, including dial design references and a matte black finish that’ll be immediately familiar to anyone who’s sat in a Hurricane cockpit.

Internally the watch is powered by an ETA Valgranges Series (related to the Valjoux 7750 series), a self-winding calibre with unidirectional winding and central-hacking seconds, a power reserve of 48 hours, and a clever decoupling that releases tension from the mainspring.

The back of the C9 P2725 TM-B contains aluminium wreckage recovered from Hurricane P2725’s Rolls Royce Merlin engine which has been intricately engraved, then lacquer-filled with a map of London, and placed under museum-grade sapphire. 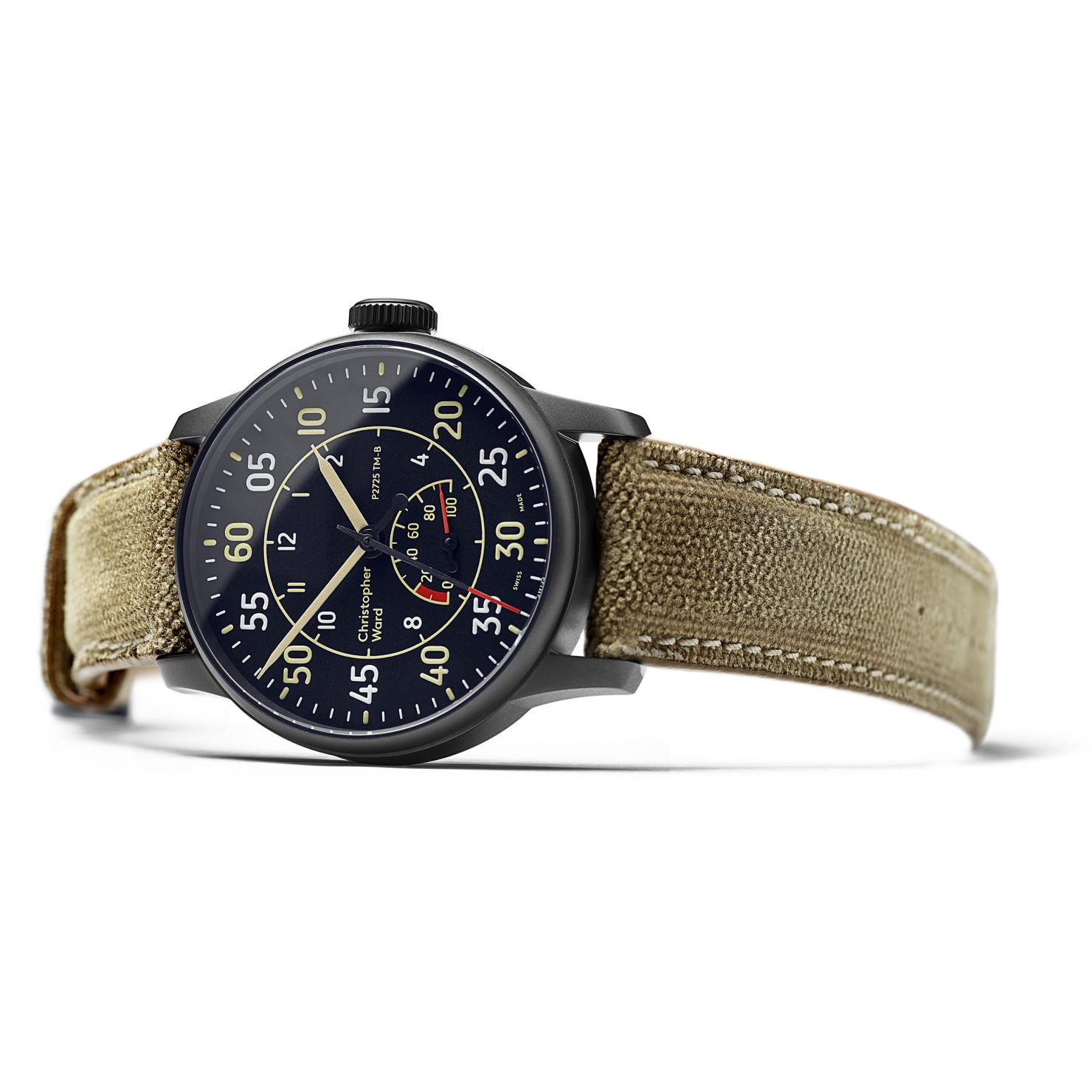 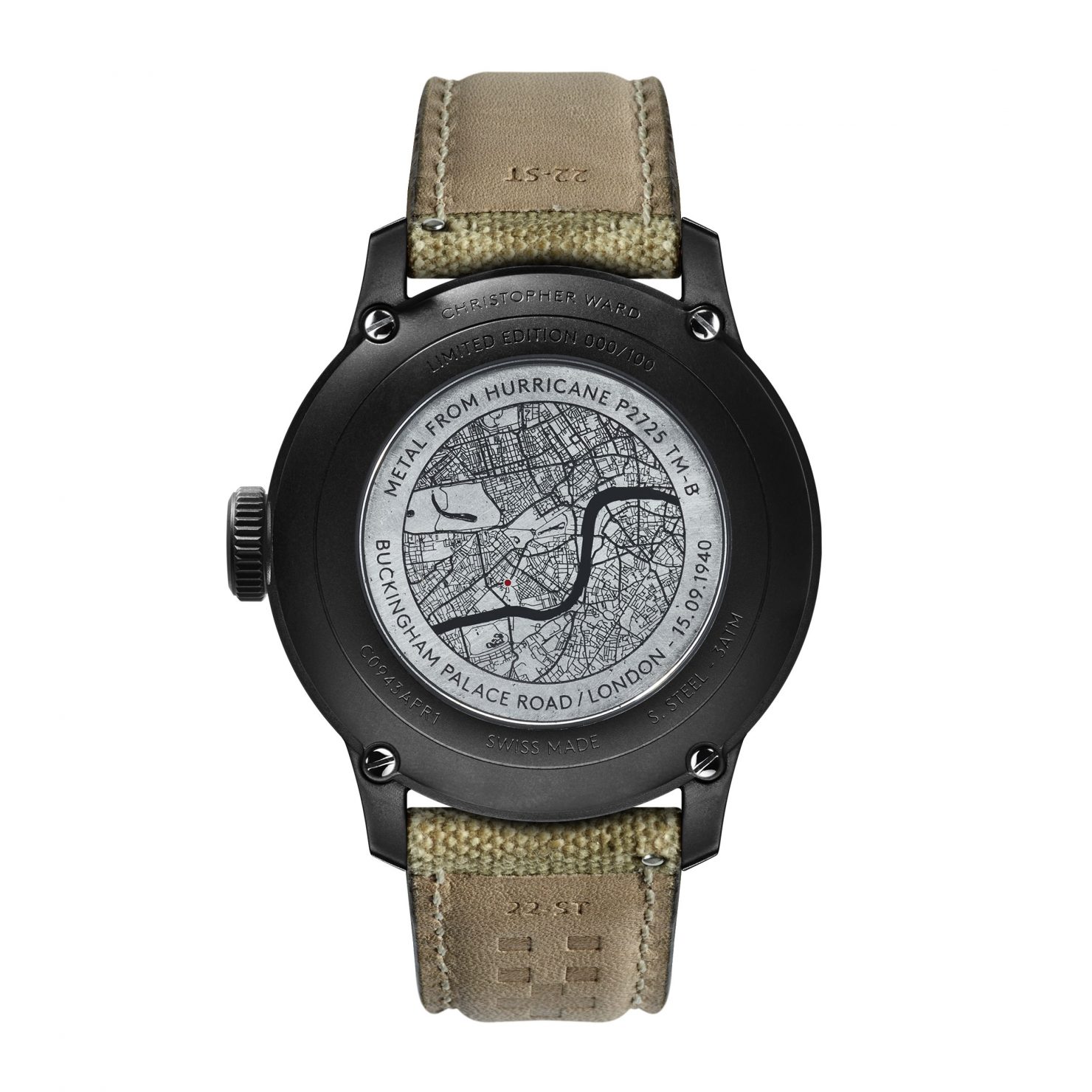 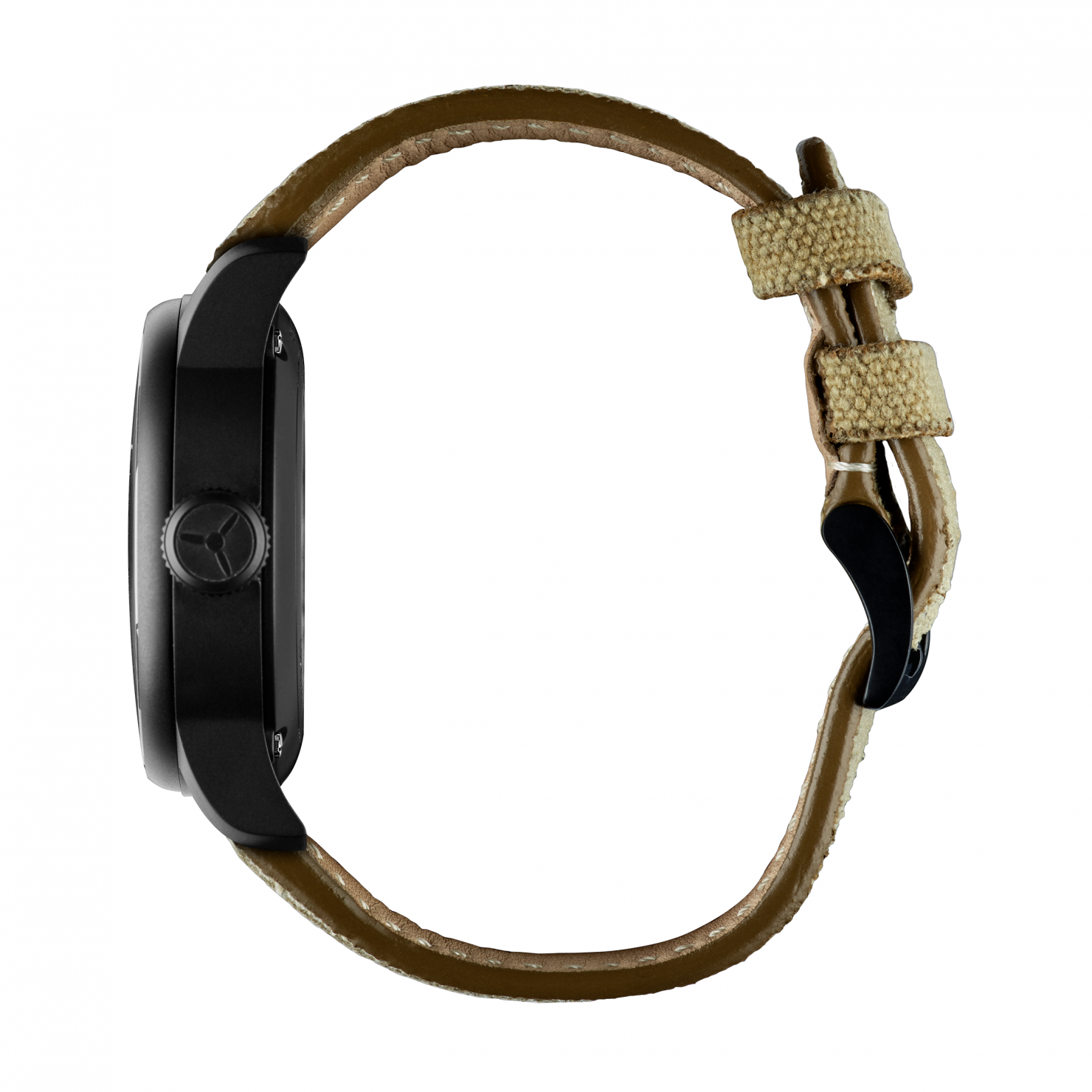 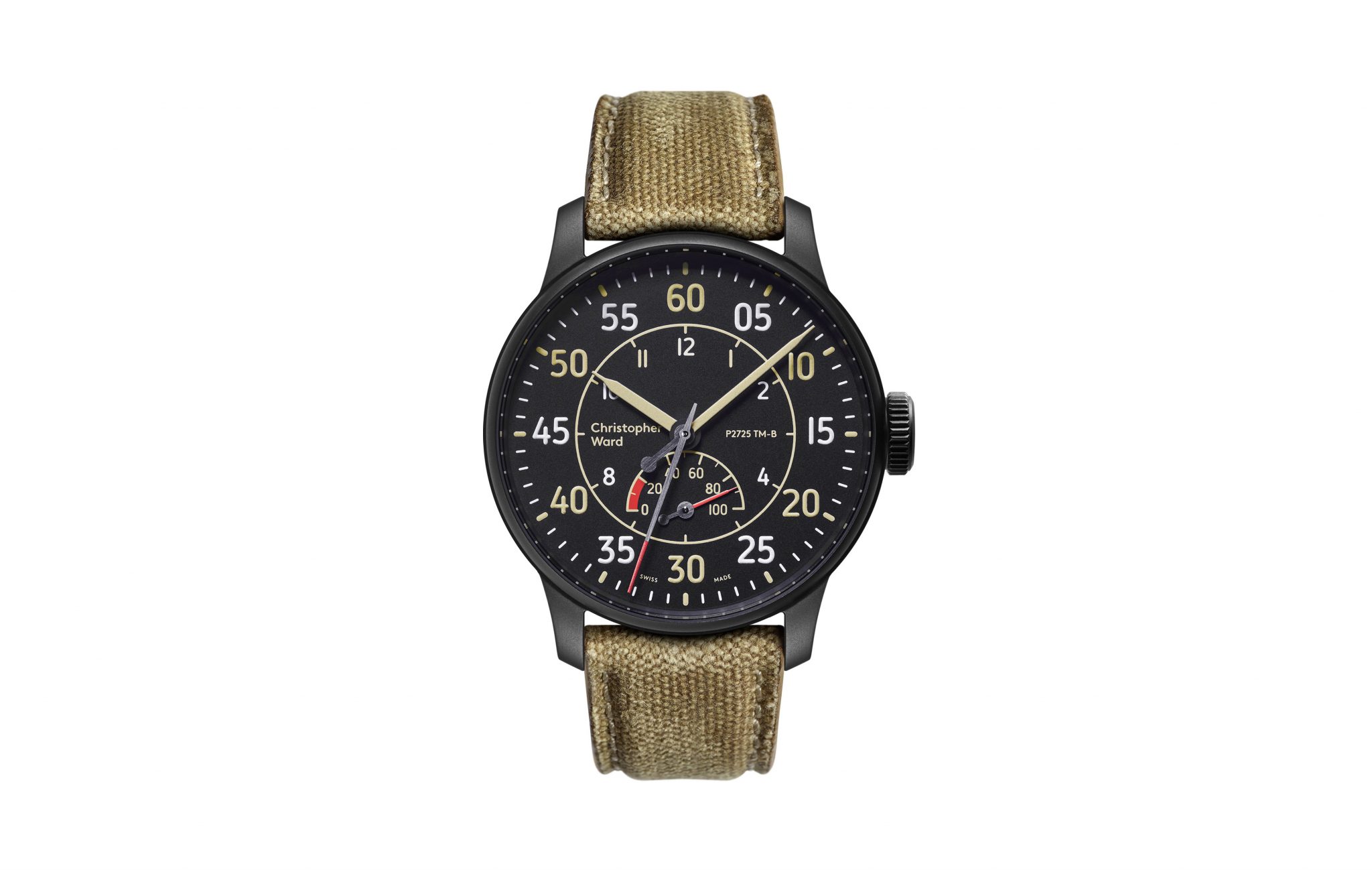