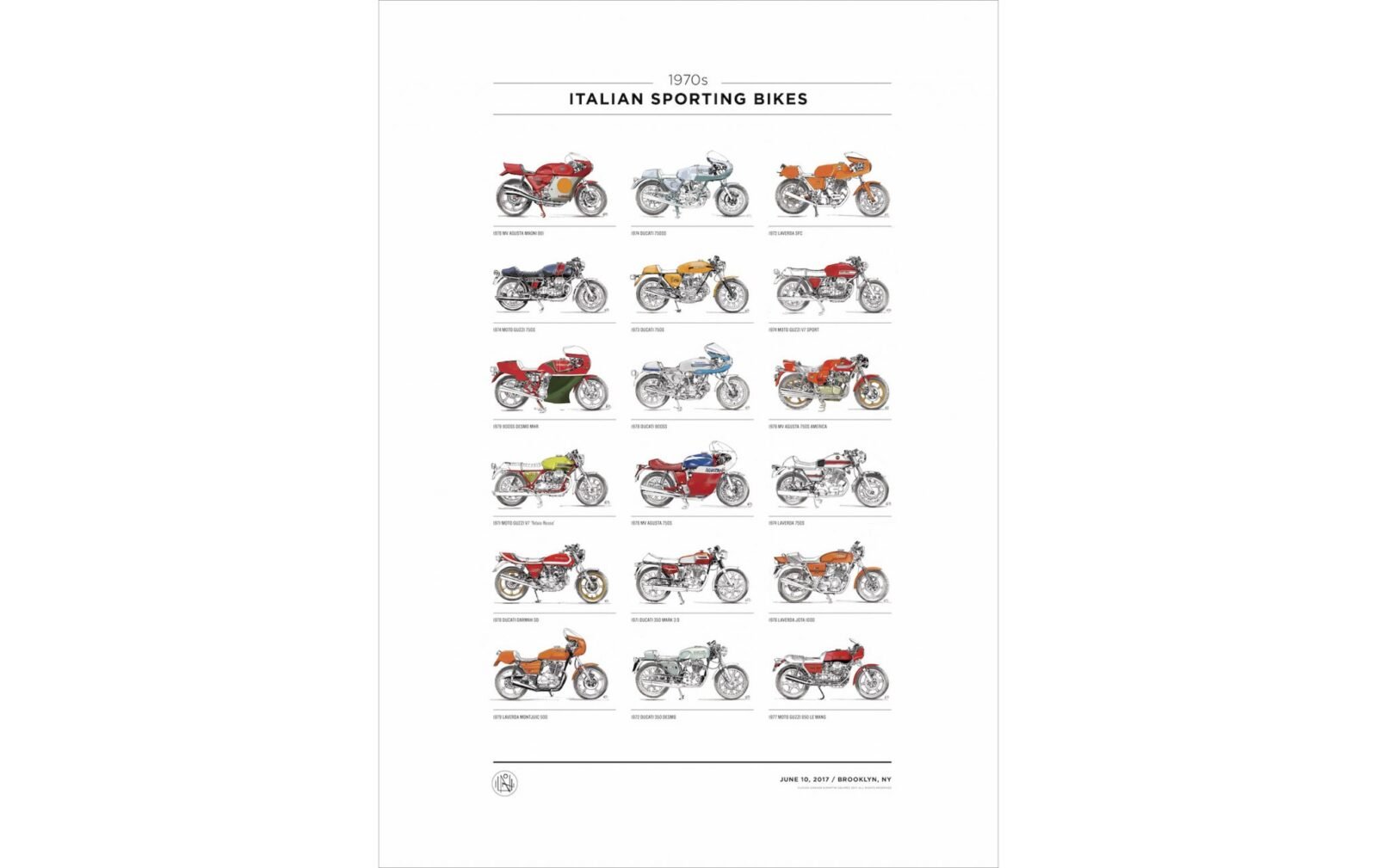 This poster series by Union Garage features artwork by Sir Martin Squires, all of these bikes took part in a one-day motorcycle show in Brooklyn and each was photographed from 16 individual angles in a studio – allowing them to be viewed digitally in 360 degrees.

Each poster measures 50x70cm and is printed on high quality paper stock with non-fading ink. The main poster above includes 18 Italian icons from the 1970s, and is an almost compulsory piece of wall-adornment for any Ducati, Moto Guzzi, Laverda, or MV Agusta owner. 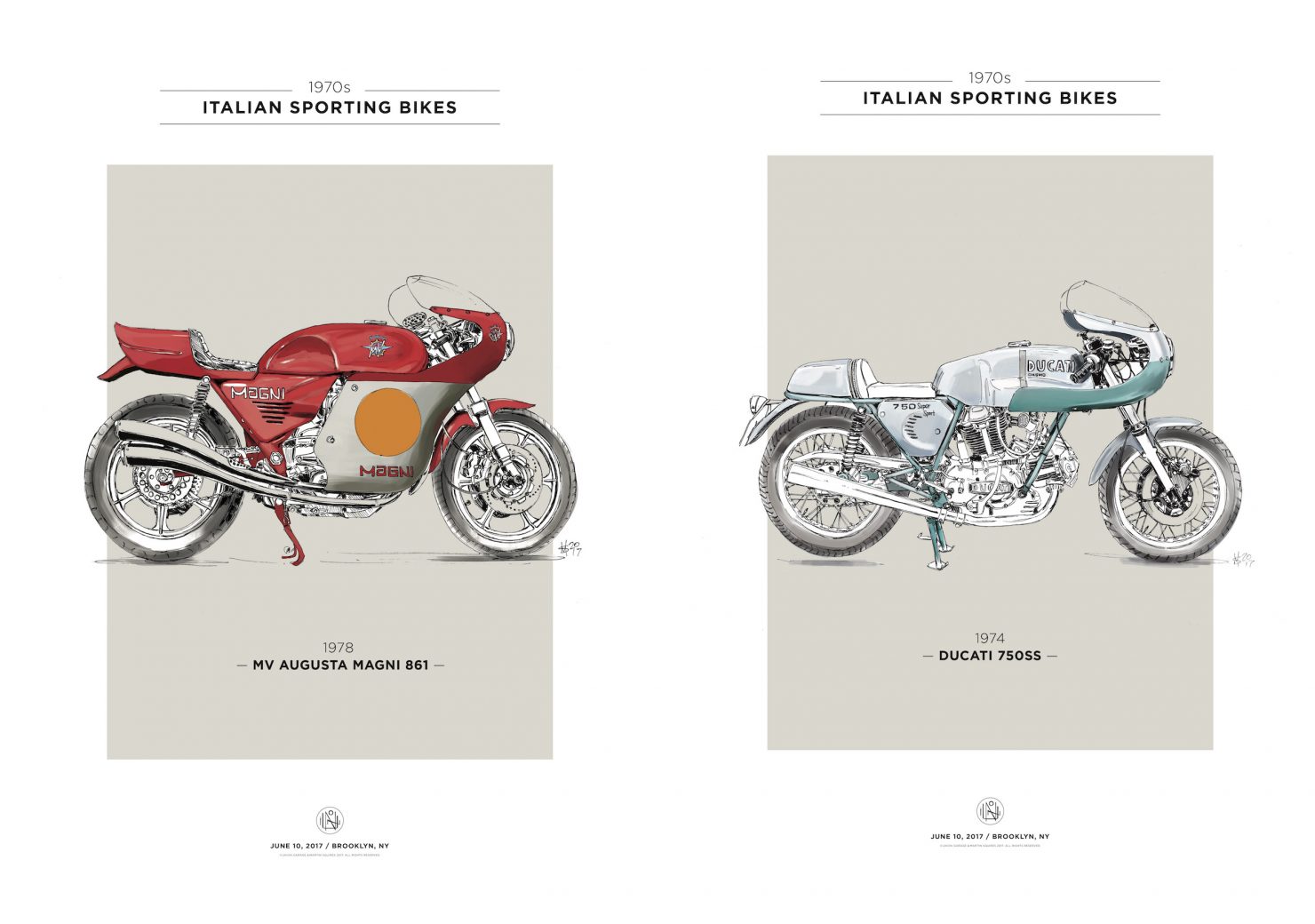 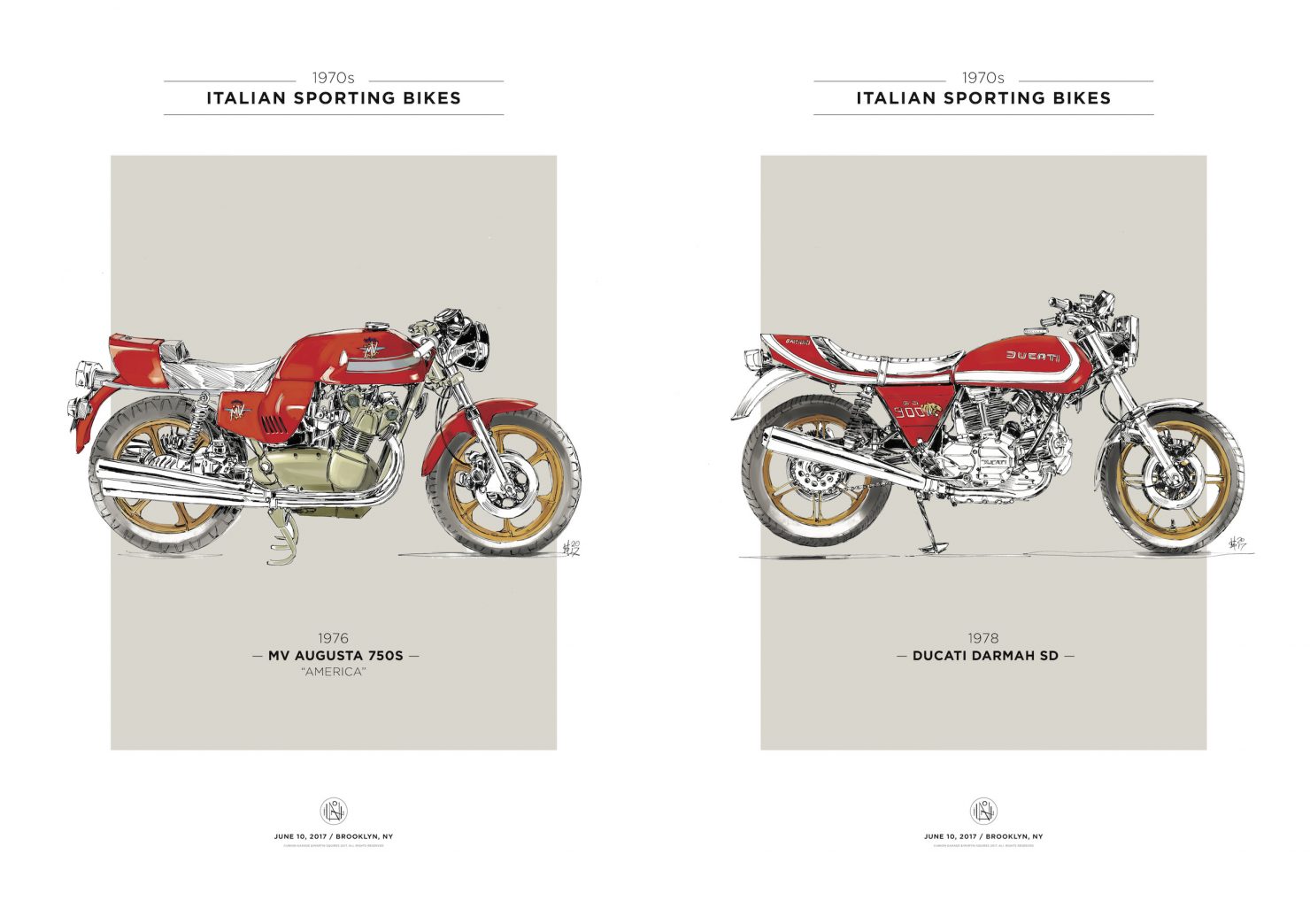