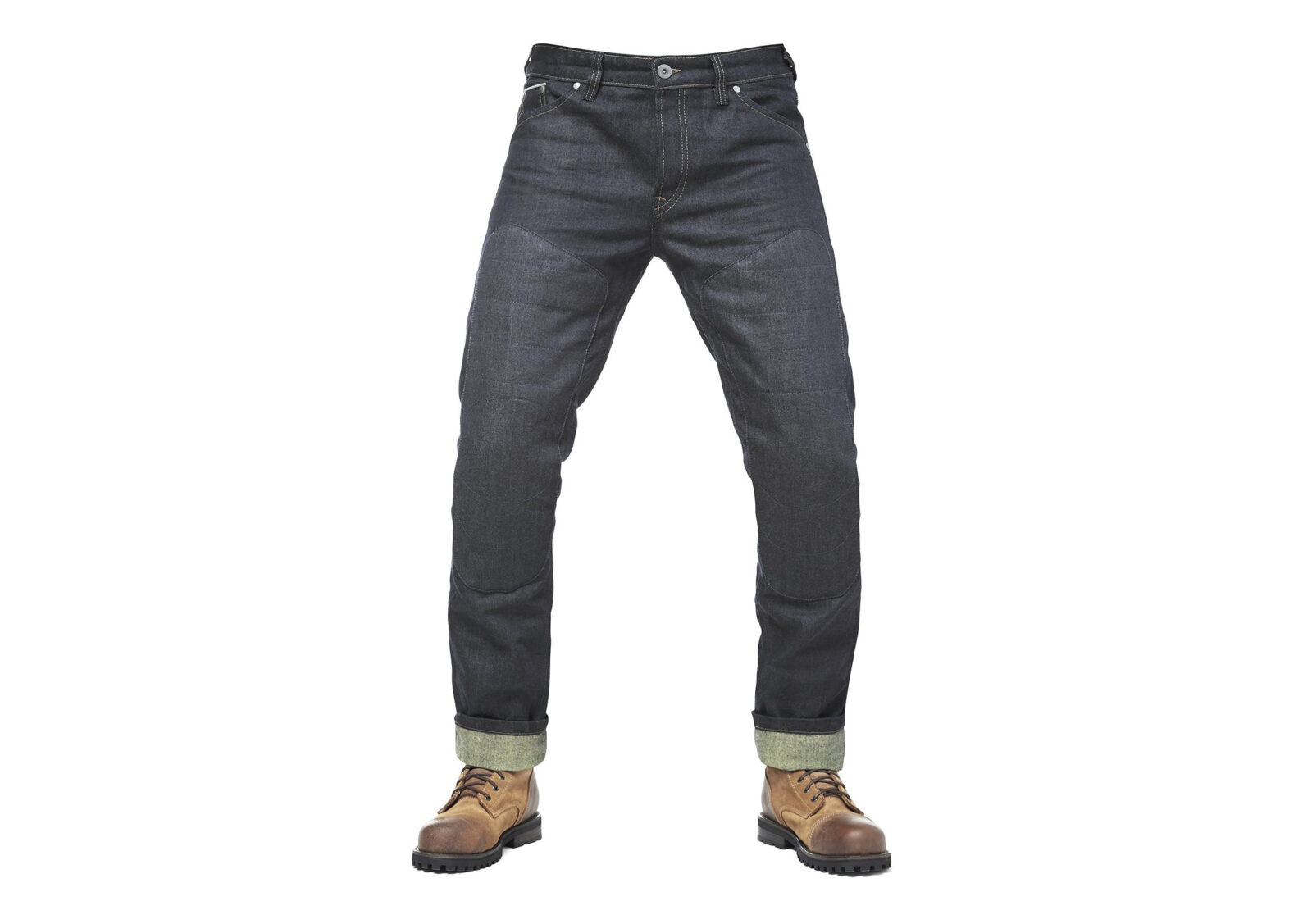 These are the new Fuel Greasy Selvedge Pants, they’re made by the team at Fuel Motorcycles from a highly-abrasion resistant 14 oz single-layer material made by combining high-quality selvedge denim with Aramid fibres. This results in a comfortable, breathable fabric ideal for daily motorcycle use and it comes with an AA safety rating.

Selvedge (selvage in the USA) comes from the words “self-edge”, it’s a type of weaving that creates a fabric that doesn’t need hemming. The edges are self-edging so they’ll never come unwoven.

Selvedge fabric is prized for jeans and other heavy duty workwear for its natural toughness, and it’s been used extensively since the 16th century.

The Fuel Greasy Selvedge Pants were designed by the Barcelona-based company to address the need for tough, daily-wearable denim motorcycle jeans that offer excellent abrasion protection. Pockets in the knees and hips allow for the optional fitment of Polyanswer CE protectors which are included with each pair of pants.

Traditional denim tends to fare poorly when involved in motorcycle accidents, asphalt abrasion can wear through denim in less than a second depending on speed – leaving your skin exposed. The addition of advanced Aramid fibres into the denim as it’s woven significantly improves abrasion and penetration resistance without significantly changing the way the material looks.

Fuel Motorcycles offer the Fuel Greasy Selvedge Pants in sizes ranging from a waist circumference of 30 to 40, and they have the traditional layout of two front pockets plus a fob, and two rear pockets. 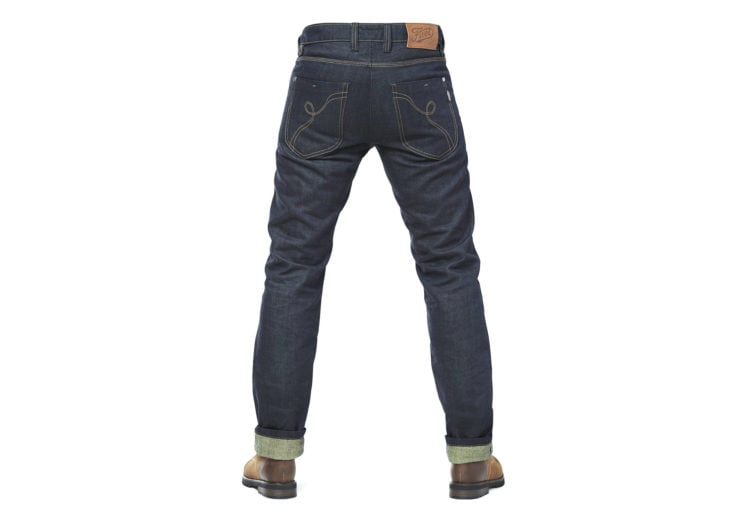 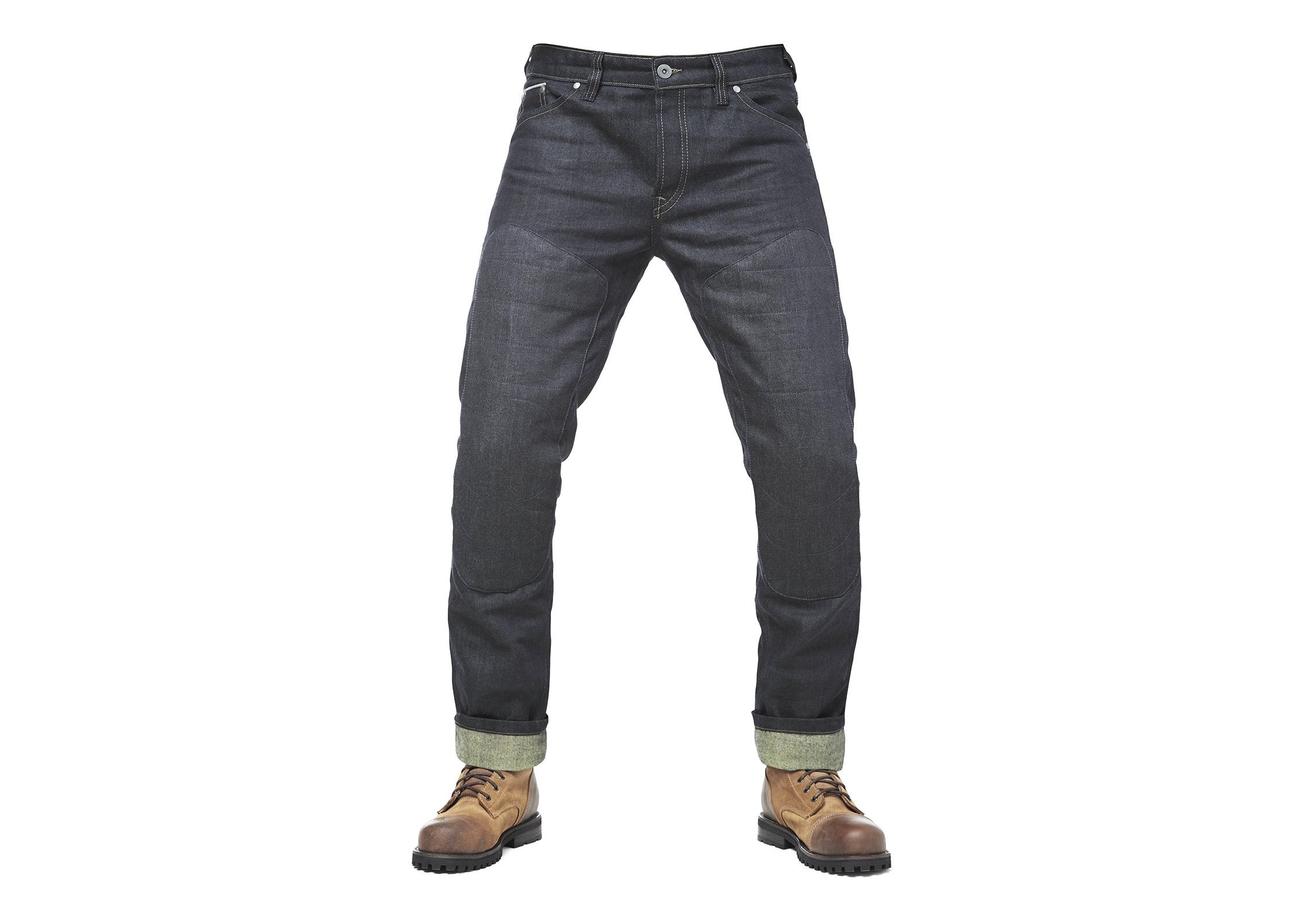