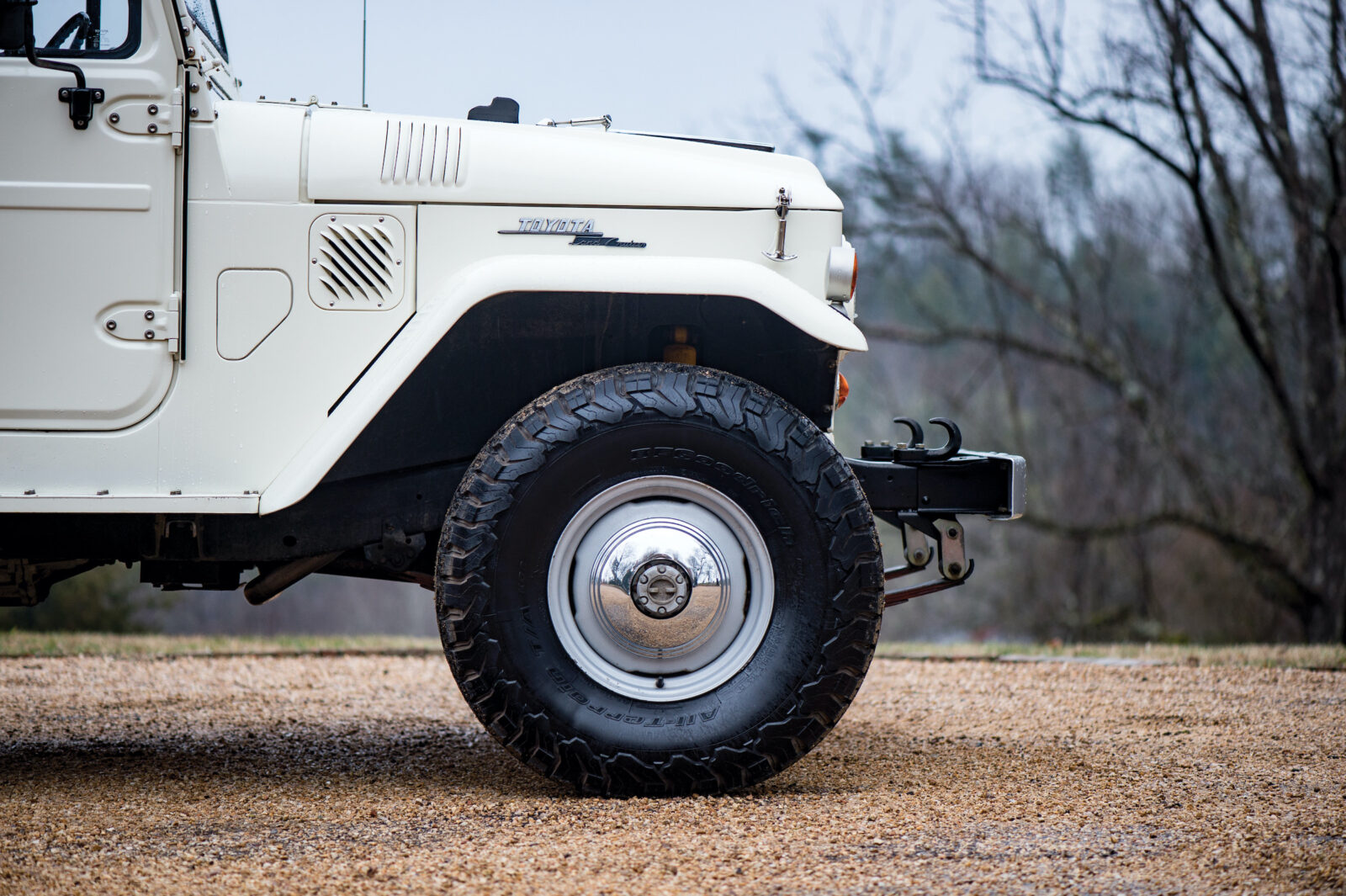 This Toyota FJ45 Land Cruiser was restored and upgraded by TLC, a company run by a man who’s name will be immediately recognisable to anyone with more than a passing interest in vintage 4x4s – Jonathan Ward.

Ward’s other company Icon is well known for their comprehensive rebuilds of vintage 4x4s, tailor-building them to their owners and fundamentally re-engineering them for more modern comfort and performance. With TLC, Ward’s mission is to create more subtly upgraded vehicles that still outwardly look much like they did with they left the factory.

Icon is most famous for their Ford Bronco and J-series Land Cruiser rebuilds, so the rebuild of this 1965 Toyota FJ45 was familiar territory for the team. Rather than fundamentally change the vehicle they kept almost all of the upgrades under the surface, creating a vintage 4×4 sleeper that’ll have no trouble embarrassing far more modern trucks. 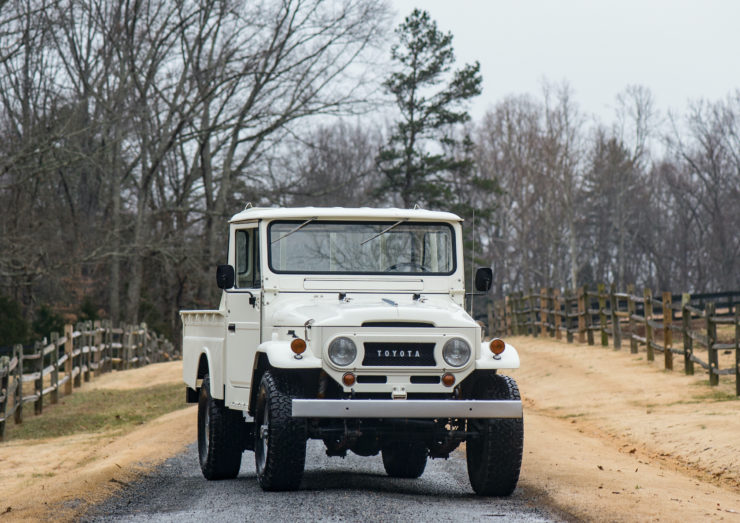 The most significant upgrade is the addition of a 345 hp Corvette 5.7 Litre Ram Jet V8 up front in place of the original inline-6 cylinder unit. Adding this much power necessitated a slew of other upgrades further down the drive line including a more modern Toyota H55F 5-speed transmission and upgraded driveshafts.

A pair of front disc brakes were added in place of the original drums, power steering was also added to make the rig a little easier to live with as a regular driver. The original suspension was replaced with much higher performance Old Man Emu suspension with a slight lift, and period correct steel wheels now wear BF Goodrich All-Terrain tires.

The team at TLC found this FJ45 in 1999 in remarkably good condition, it had been delivered new to California and it remained in the state for its whole life. When it was discovered the body was in excellent condition, highly unusual for a vehicle that spent decades being used as a work truck.

Body rust has always been an Achilles heel for the early Land Cruisers, however restored examples with modern paints and anti-rust treatments don’t suffer the same issues as their forbears. 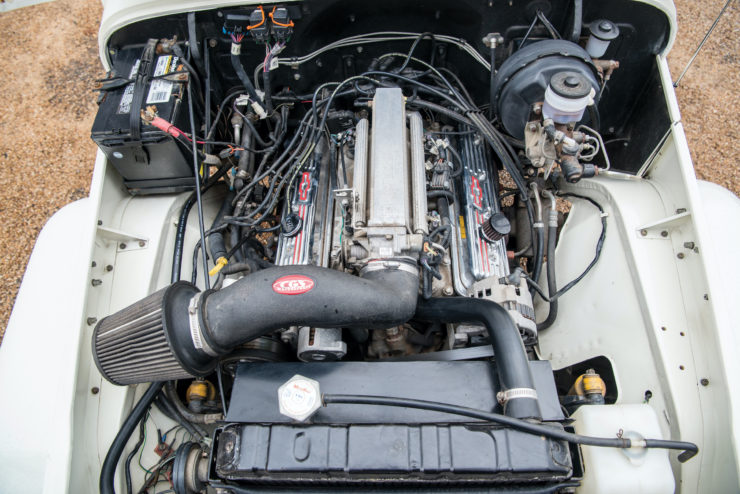 The restoration included a strip down to bare metal and full respray, a pair of Brazilian Bandeirante doors were used in place of the originals, but the interior was kept very close to stock, including the original steering wheel and the cosmetically original speedometer.

The FJ45 is the tray back pickup truck version of the J-series Land Cruiser, the “F” in the model name denotes that it was originally a petrol/gasoline powered version, the diesel versions have a “B” prefix. Although the Japanese Land Cruiser appeared a few years after the American Jeep (from which it took its inspiration), it quickly became a popular 4×4 around the world thanks to its reliability and improved power output.

In more recent years the early J-series Land Cruisers have become highly sought after and collectible, and many specialist companies have been established to source, restore and sell them at a handsome markup. Vintage 4x4s are one of the areas of the classic car world that’s seen significant growth in recent years, and it doesn’t seem likely to slow down anytime soon.

If you’d like to read more about this Land Cruiser or register to bid you can click here to visit the listing on RM Sotheby’s. 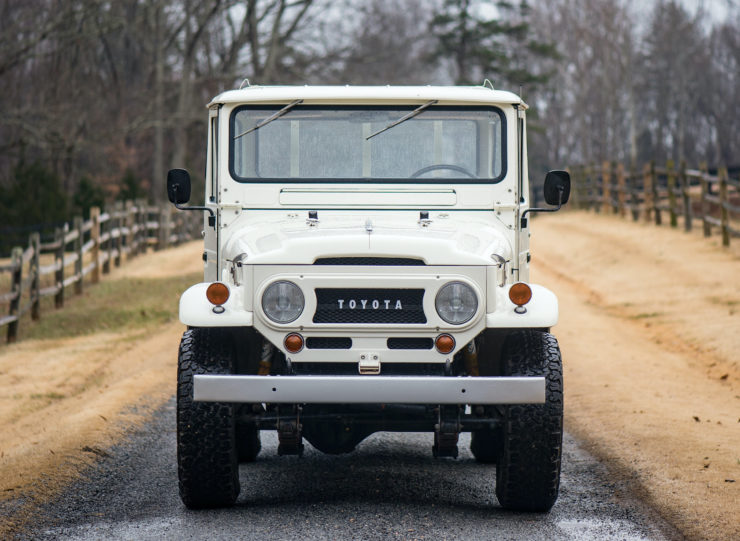 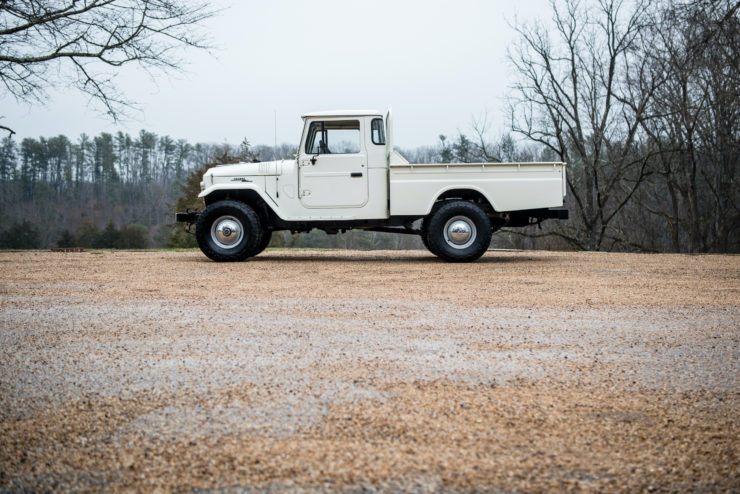 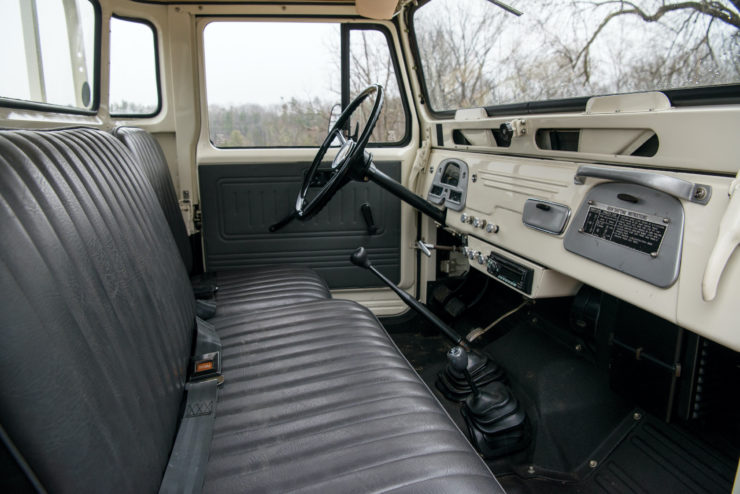 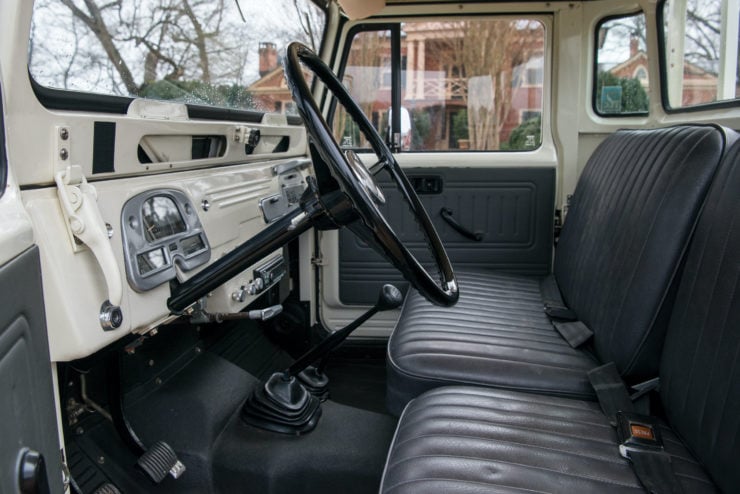 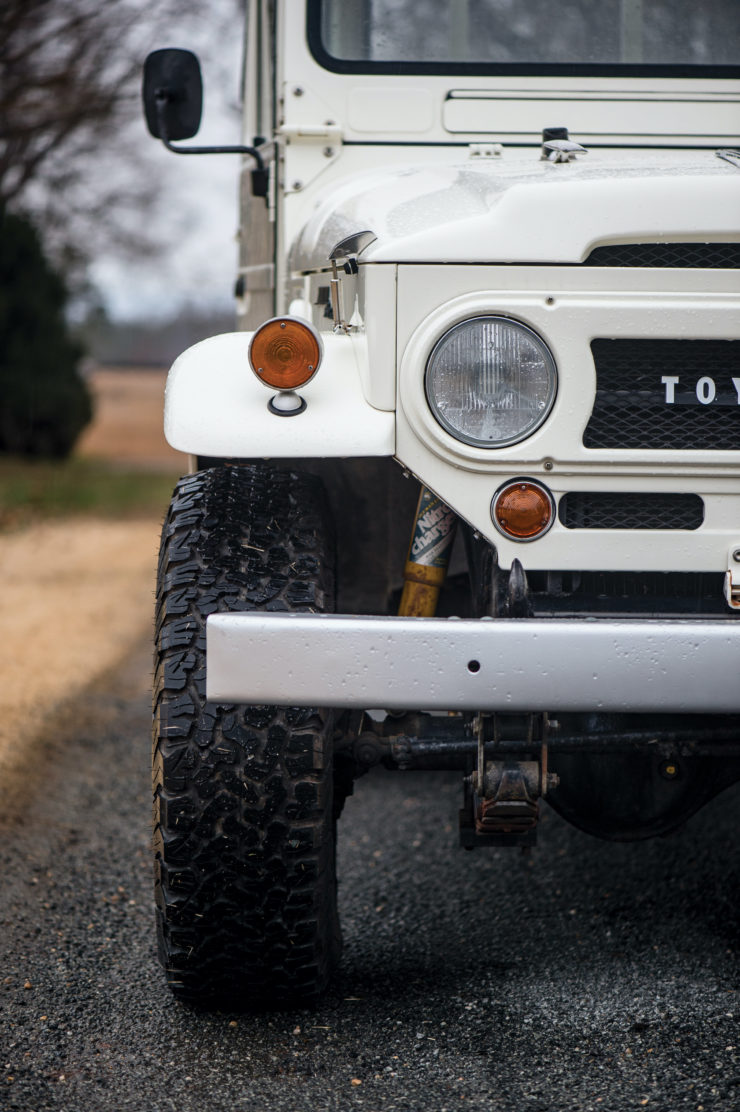 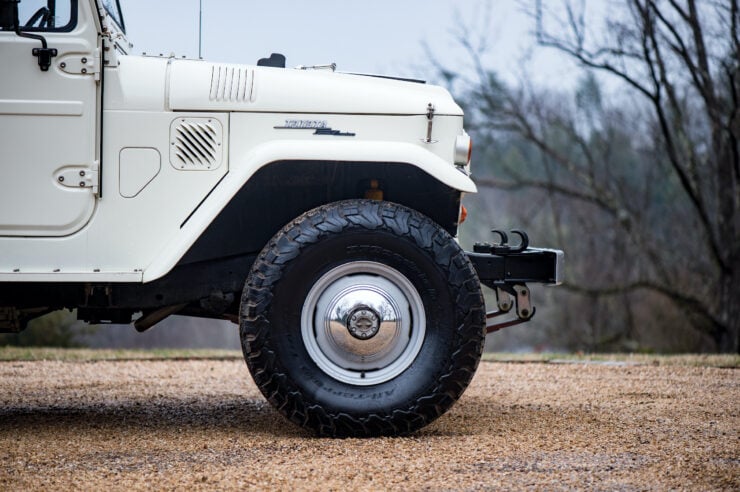 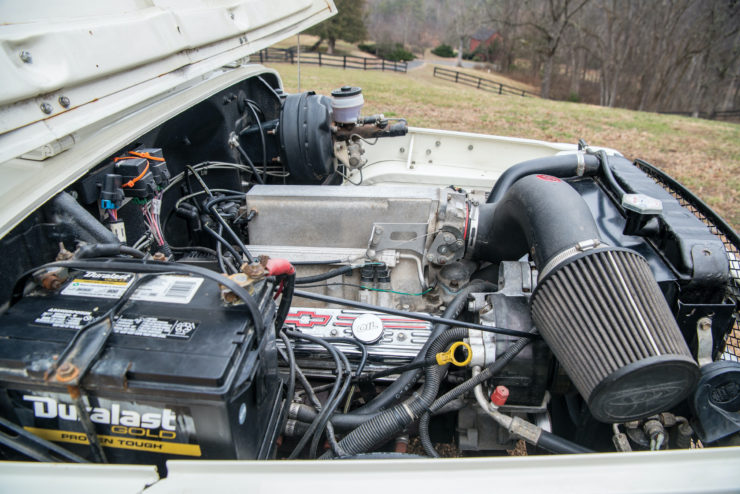 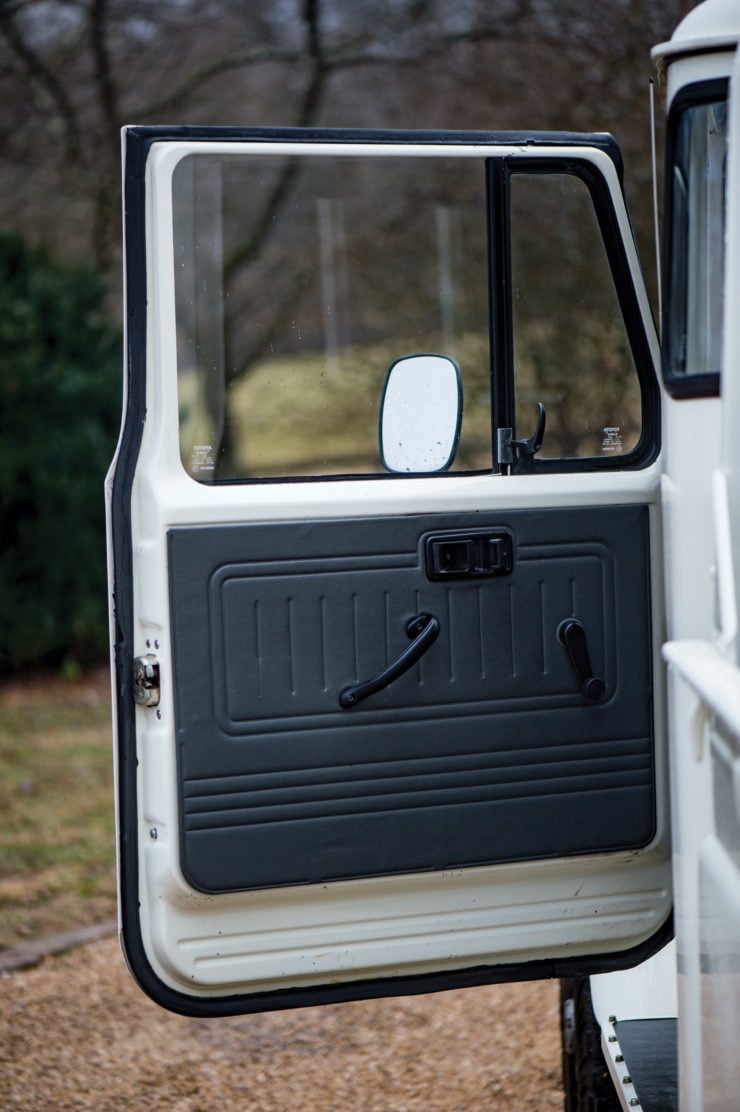 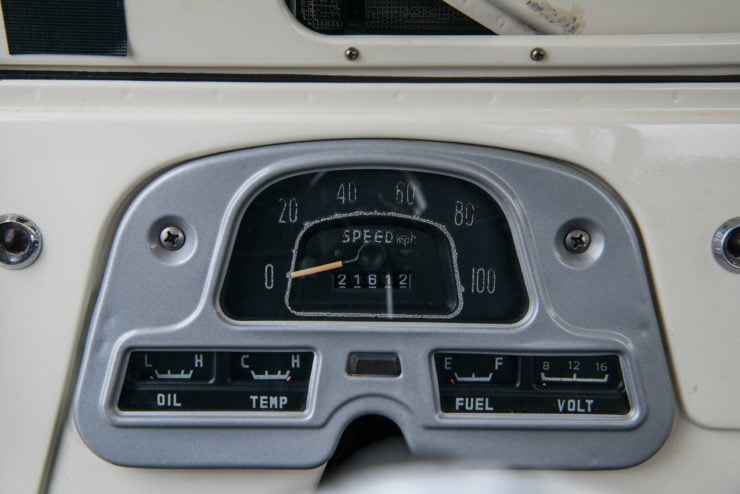 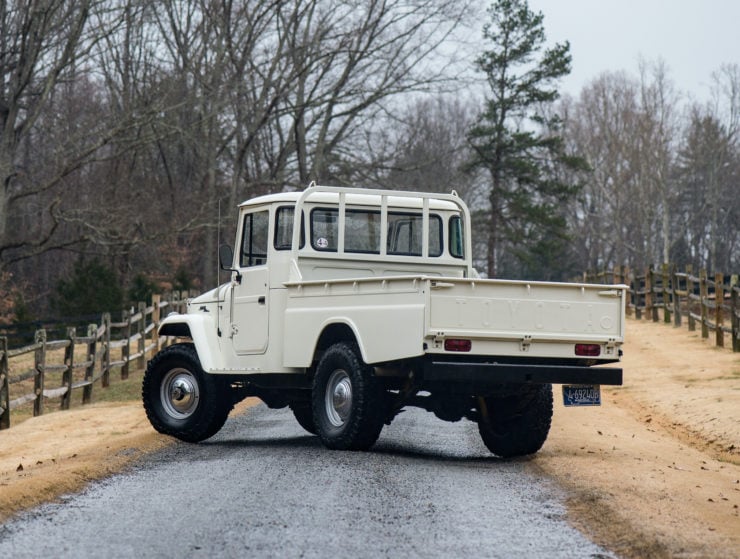 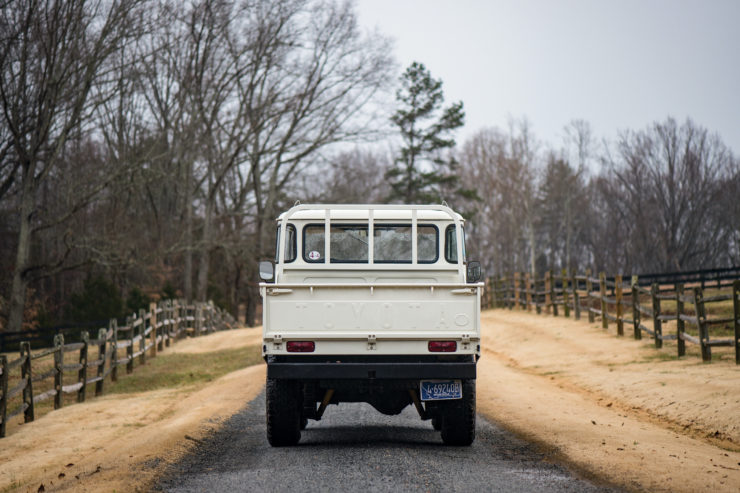 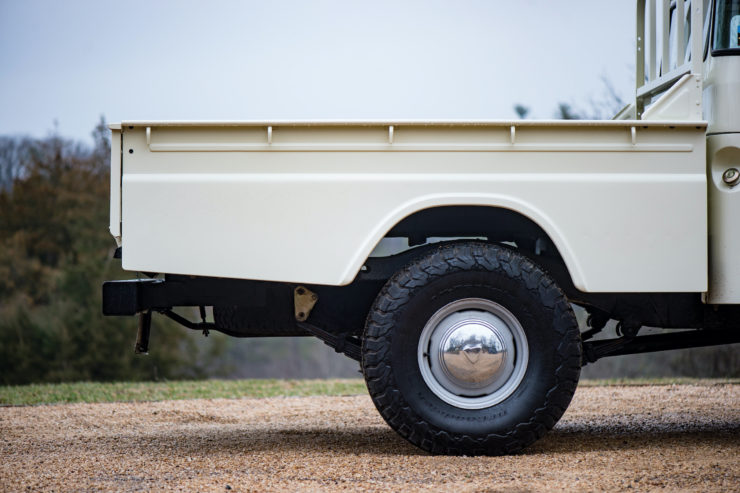 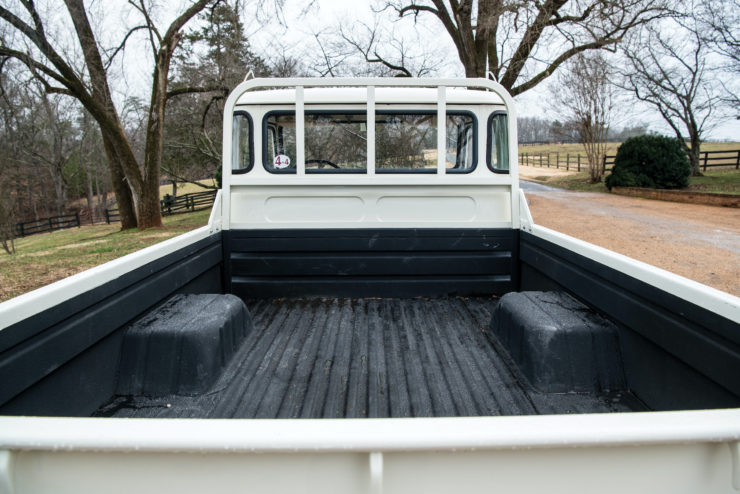 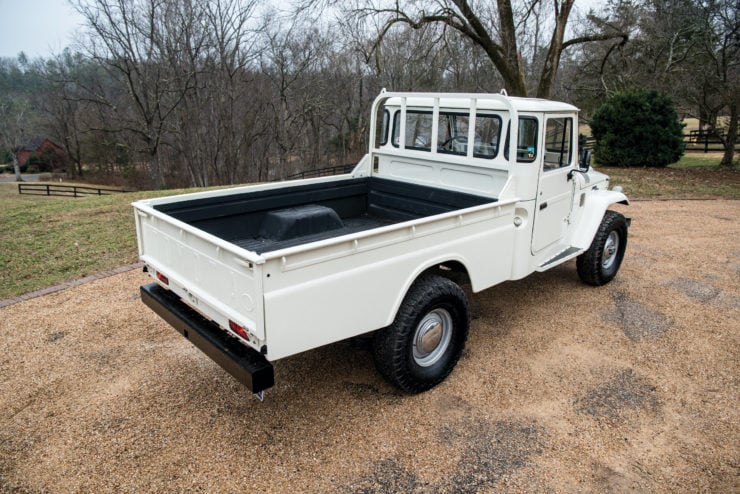 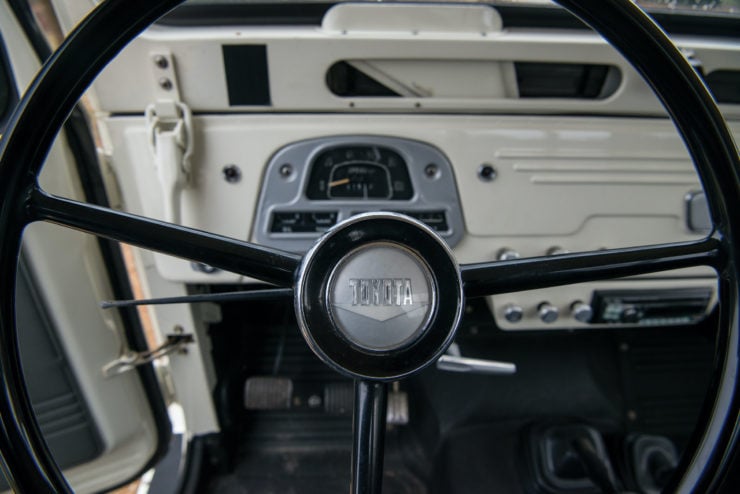 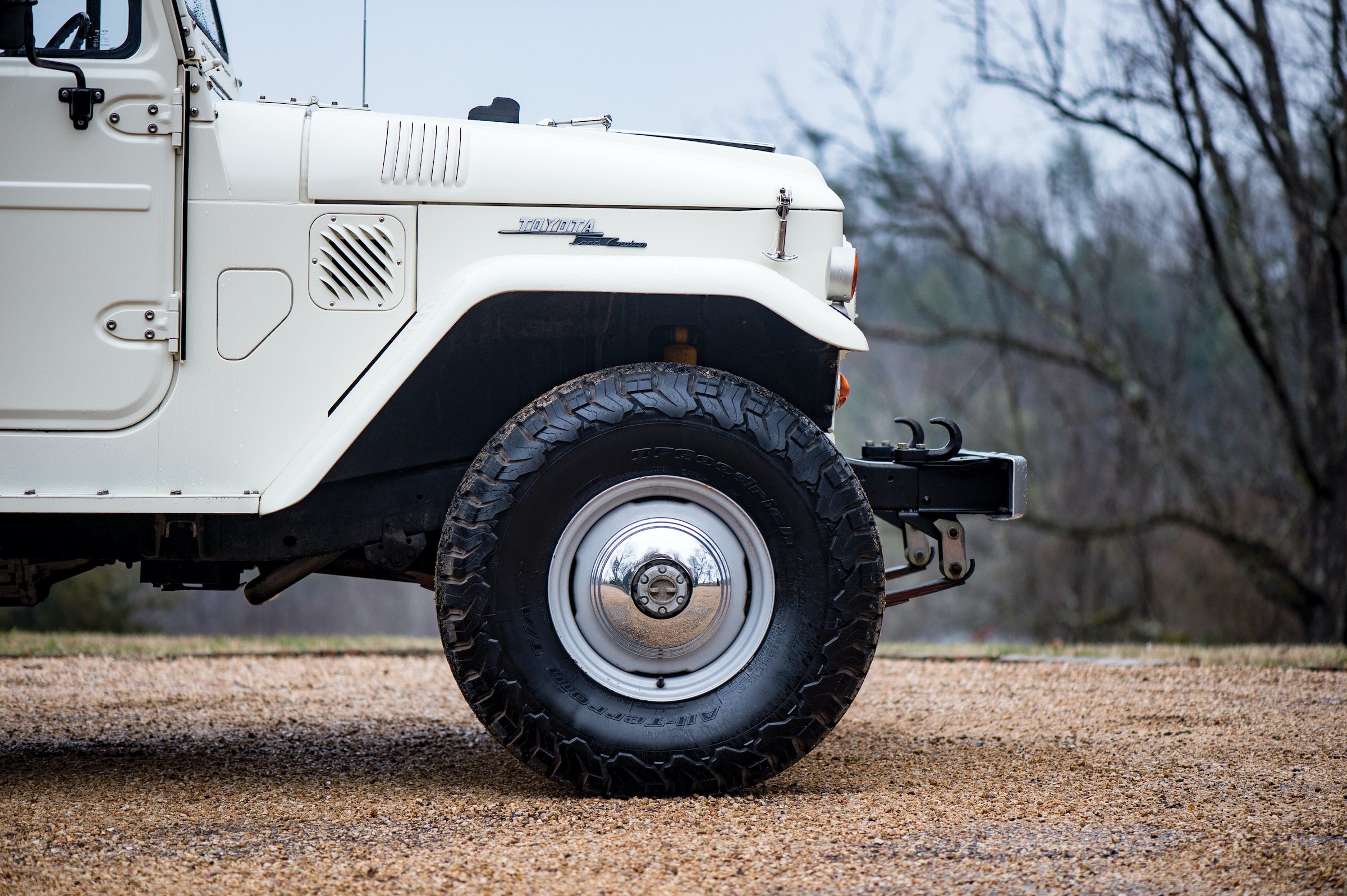