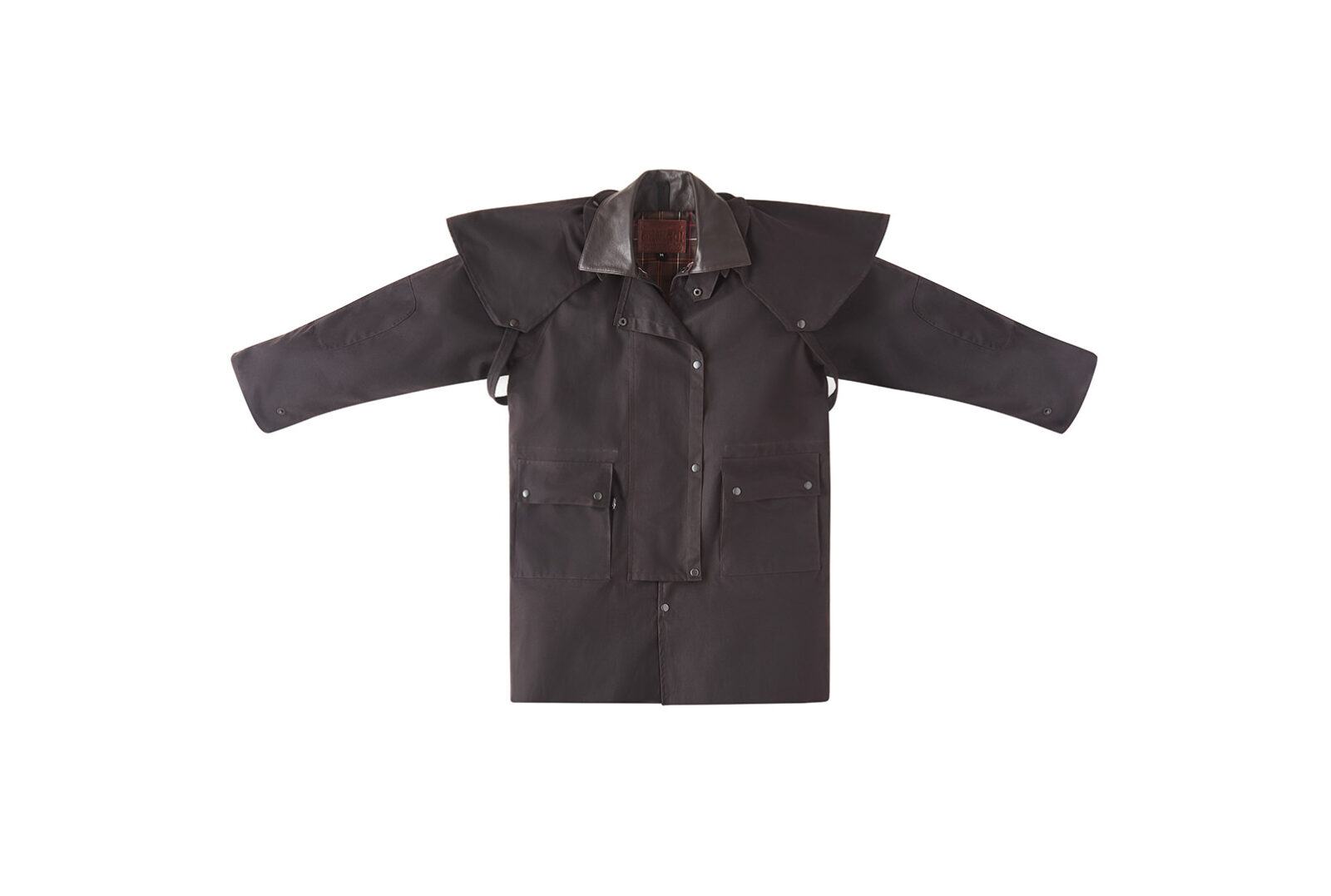 This is the new El Paso Duster Jacket by Fuel Motorcycles, it comes in both long and short versions, and it’s designed to be a heavy duty oilskin outer layer suitable for a wide variety of weather conditions from summer heat to mountain snowfalls.

Fuel Motorcycles is based in Barcelona, Spain, they’re one of Europe’s most notable custom motorcycle builders as well as the organisers of the Scram Africa rally across the Sahara each year. In recent years they’ve turned their attention to designing and testing their own gear in-house, much of which features classic design cues with careful attention to meet modern safety standards.

The El Paso Duster Jacket has a water-resistant oilskin outer with a tartan lining and a removable shoulder cape for use in seriously inclement weather. The jacket also has a double snap front, an adjustable drawstring waist, a rear saddle gusset, adjustable snaps on the wrists, and leg straps. There are two pockets on the front for storing essentials within easy reach, and both pockets have double snaps to keep them securely closed.

The team at Fuel designed the El Paso Duster to be suitable for motorcycle use, which is why the pockets and front flap use snaps to stay closed and avoid flapping and why the shoulder cape is removable. Sizing ranges from S to XL and the jacket was designed to be used with one or more under layers depending on local weather conditions.