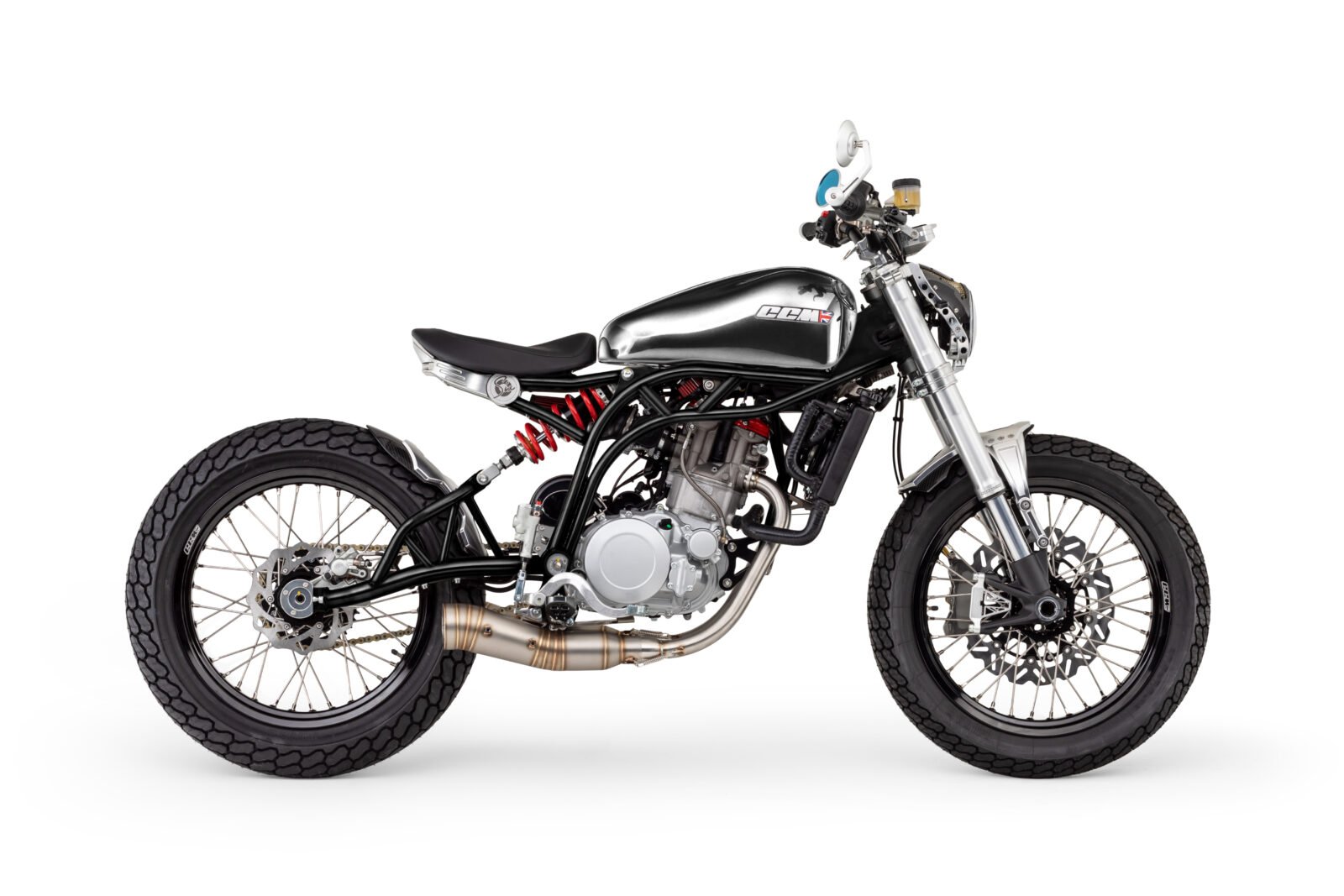 This is the new CCM Spitfire Six, it’s the newest offering from British motorcycle maker CCM, short for Clews Competition Motorcycles, and just 300 of them are going to be made with prices starting at £9,995 (~$12,350 USD).

CCM is one of the motorcycle industries best kept secrets, everyone has heard of Ducati, Triumph, KTM, and Honda but relatively few know about Clews Competition Motorcycles, largely because they build motorcycles in low volumes. This has been changing in recent years as various rockstars and actors take delivery of their CCM bikes, and more people outside of the UK begin to hear about the company.

CCM was founded all the way back in 1971 by Alan Clews in England, the company became famous for their BSA-powered off-road racing motorcycles and in the years since they’ve used a wide range of engines inside their own proprietary frames. 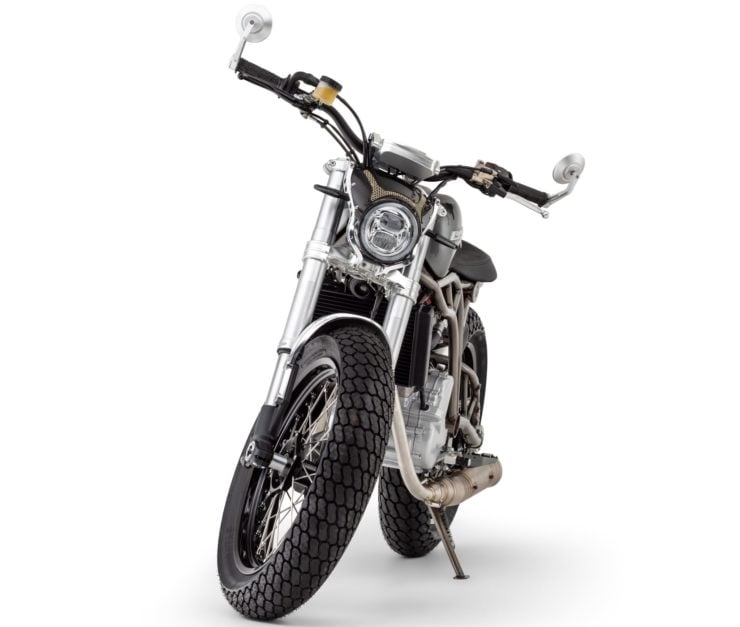 The company has a long history of building race winning motorcycles and in the 1980s they produced a series of special military motorcycles for the British Army. In more recent years they’ve been focussed on building lightweight motorcycles to their own unusual recipe, and sales have never been stronger.

The CCM Spitfire Six is the distilled essence of a modern CCM motorcycle design. It’s an exceptionally light motorcycle with a punchy 600cc single cylinder engine with gobs of torque, a 6-speed gearbox, and top notch suspension and brakes.

The Spitfire Six tips the scales at 139 kgs (306 lbs) and its 600cc single-cylinder engine produces 55 hp and 43 ft lbs of torque. CCM have always been famous for their motorcycle frames and the Spitfire Six does the marque proud, it’s a powder coated, high-strength steel trellis frame that utilizes the engine as a stressed member and it uses a matching trellis swing arm. Each frame and swing arm are Tig welded by hand by specialists at CCM. 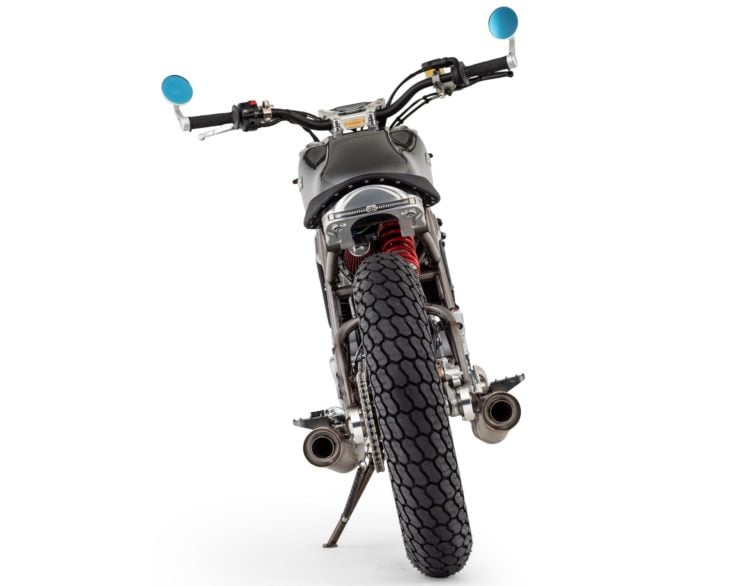 Suspension consists of adjustable upside down forks up front with 120mm of travel and an adjustable monoshock on the rear, wheels are both 19 inch spoked units but forged alloys are available as an optional extra. Brakes are Brembo front and back, up front there’s a Brembo 4-piston caliper over a 320mm HEL rotor and in the rear there’s a single piston caliper over a 240mm rotor.

The exhaust system features one header and silencer per exhaust valve (two), and they’re slung under the engine to keep them out of the way. The Spitfire Six also features an Alcantara upholstered seat, a pair of Renthal FAT handlebars, bar-end rear vision mirrors, and low profile lighting. A wide array of color choices are available on the model, we’ve included images of some of them above and below, however there are more options and CCM are always happy to talk to customers about special orders.

CCM produces a number of motorcycles using a similar formula to the above and they’ve proven popular, unlike many low-volume motorcycle manufacturers they also manage to sell their bikes at reasonable prices. As mentioned above they’re offering just 300 examples of the Spitfire Six for sale, if you’d like to read more or place your order you can click here to visit CCM. 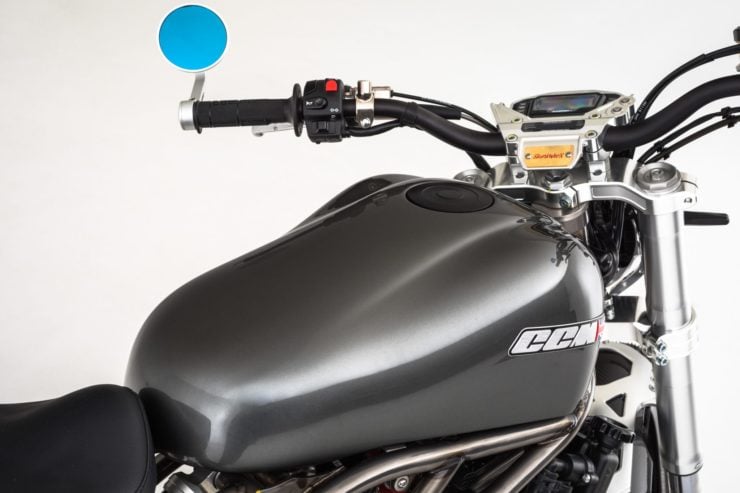 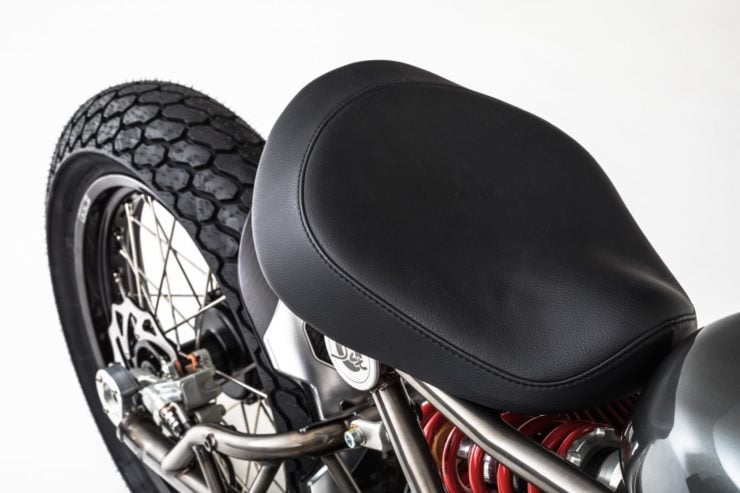 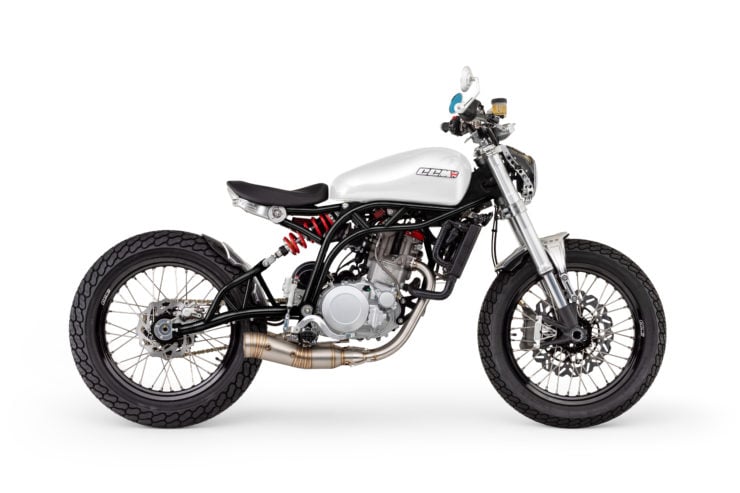 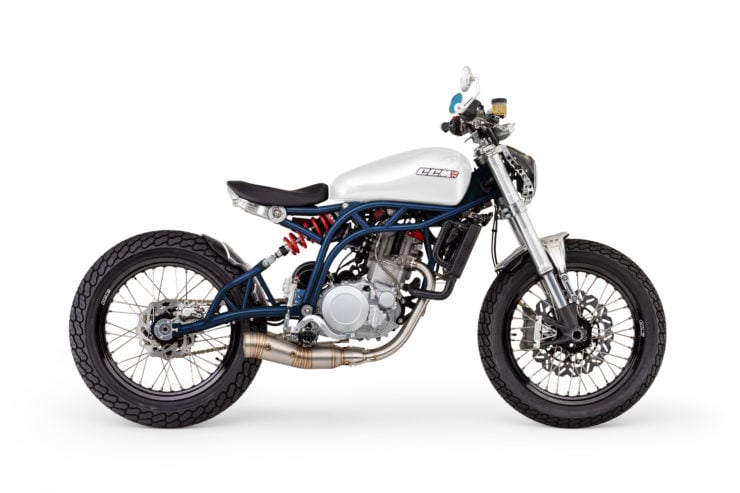 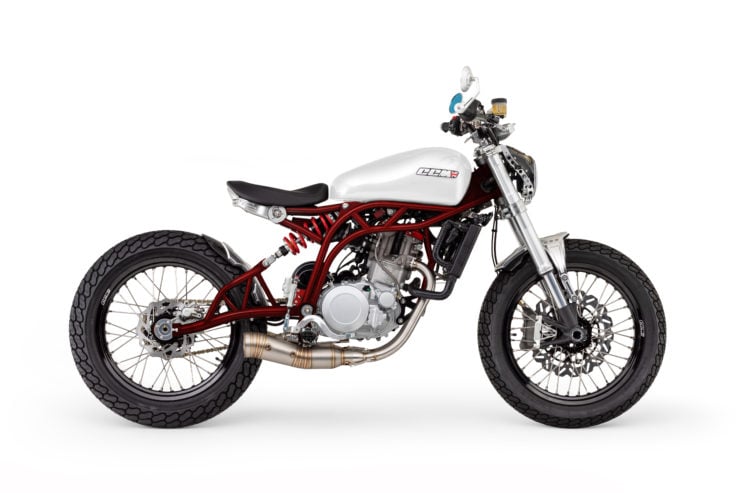 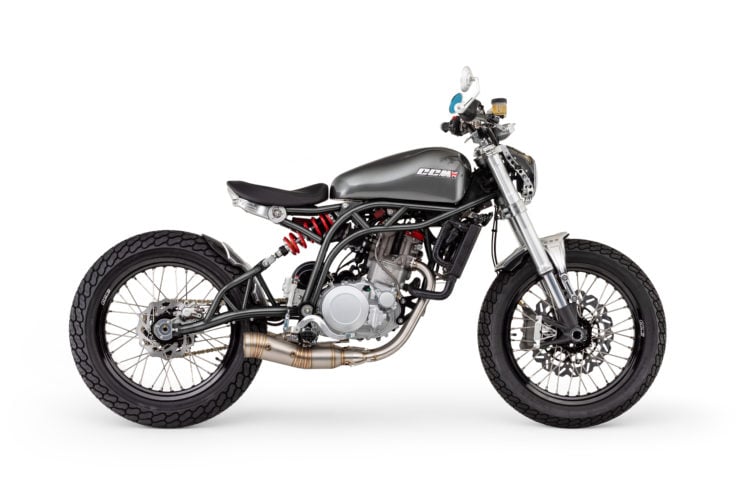 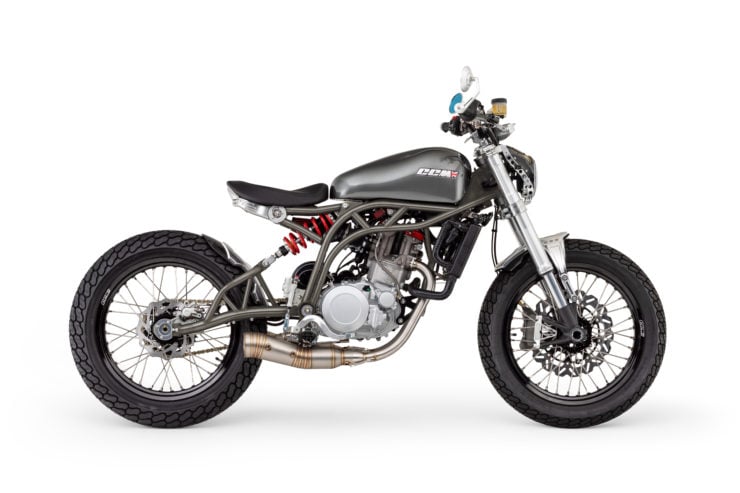 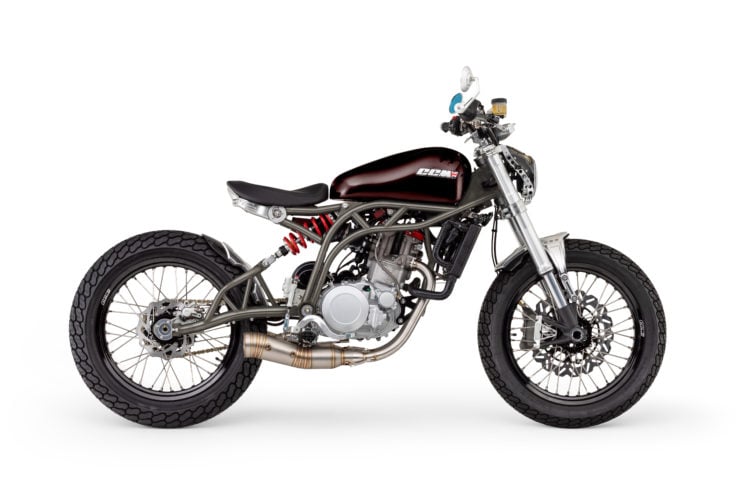 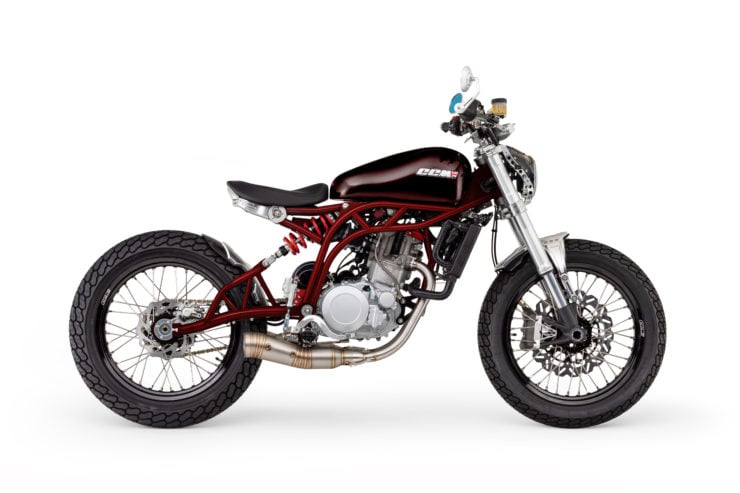 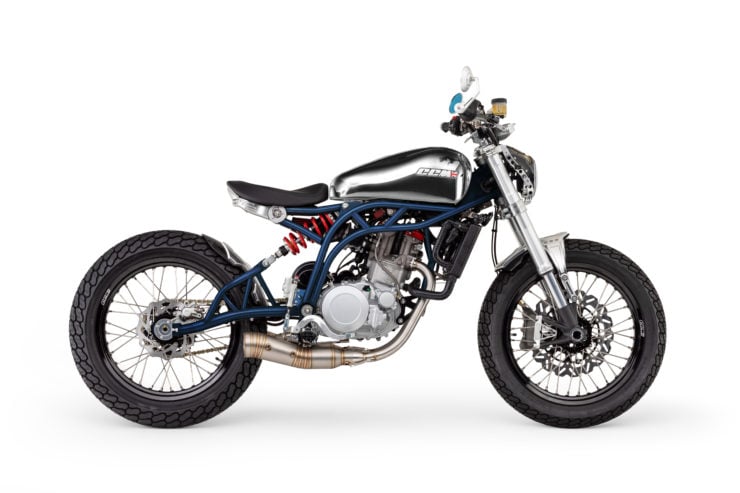 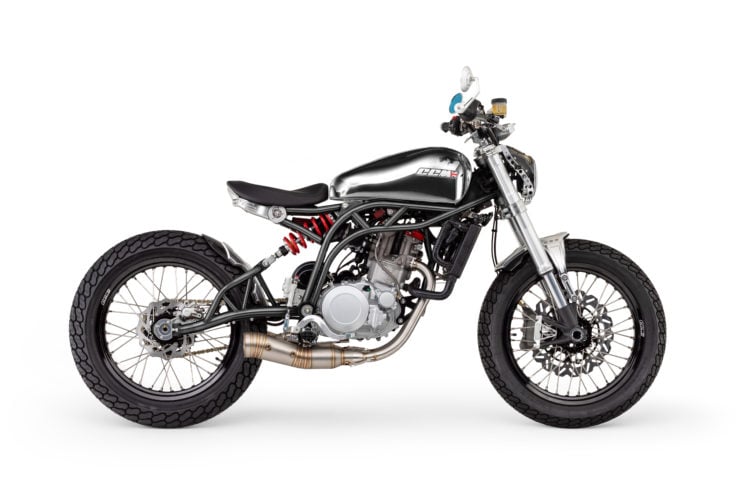 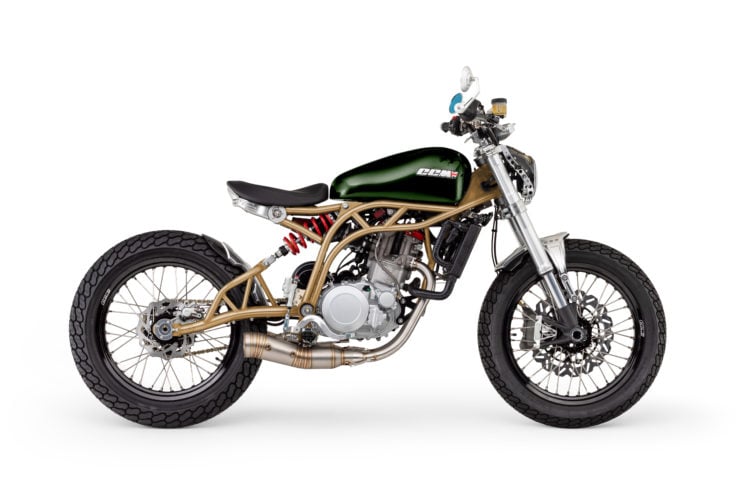 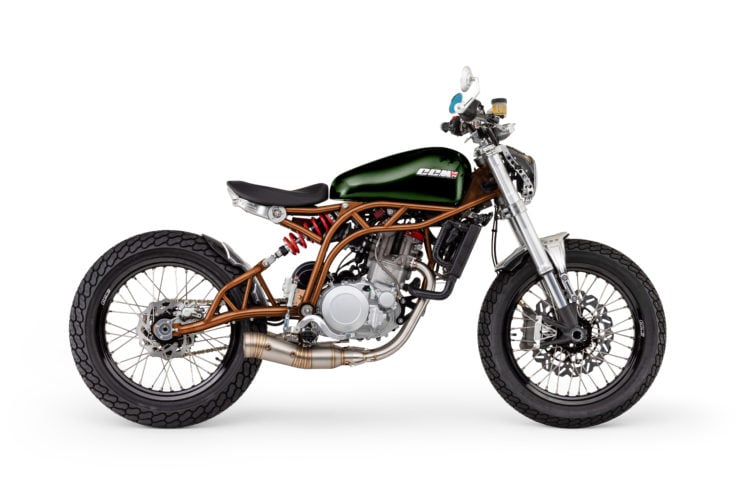 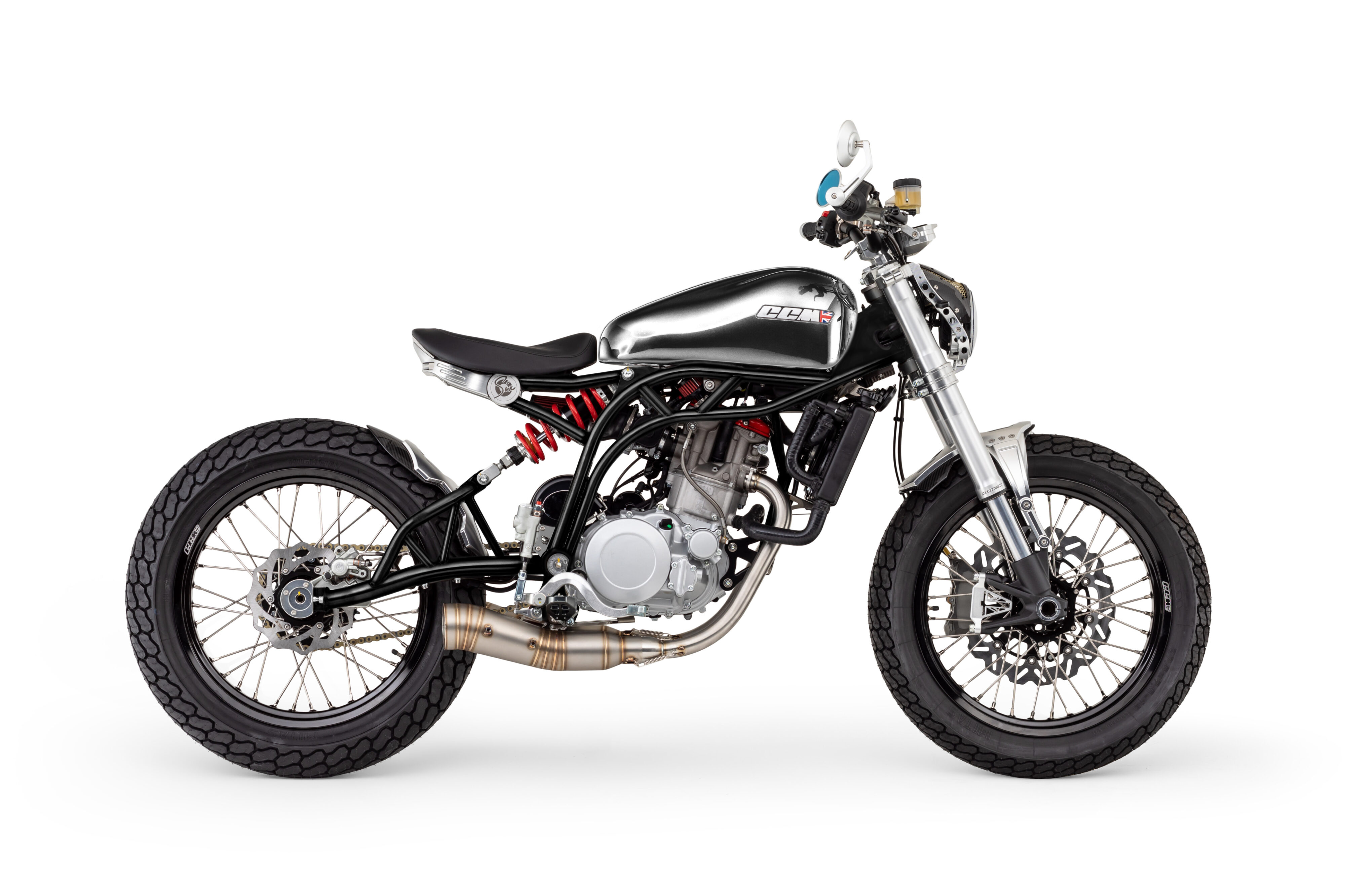