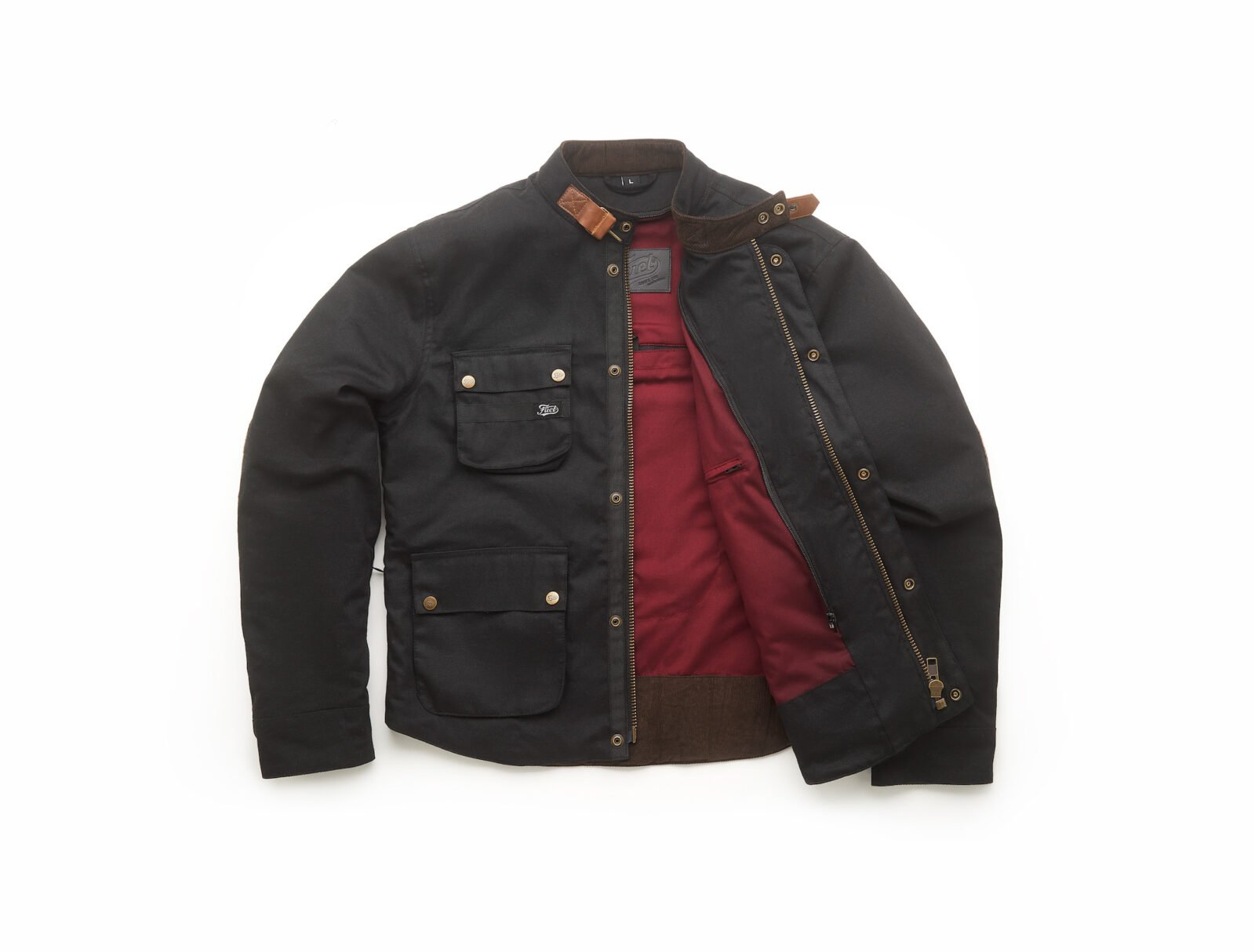 This is the new Fuel Division 2 Black, it’s a motorcycle jacket that’s been design for use both on road and off, and in both the warmer and cooler months.

The folks at Fuel Motorcycles have made a name for themselves in the two-wheeled world, first for building custom motorcycles, then for creating the Scram Africa Rally, and more recently for developing motorcycle gear like the jacket you see here.

As the name suggests, the Division 2 Black is the black version of the Division 2 jacket. This jacket was designed to be as versatile as possible, its styling is based on the waxed canvas jackets frequently worn by motorcyclists in the early-to-mid 20th century.

When developing the Division 2 they started with a 100% cotton military canvas outer shell, they added a breathable waterproof membrane, reinforced it with Kevlar (internally) in key impact areas, and they added removable Smoothways CE level 2 body armor in the elbows, shoulders, and back. 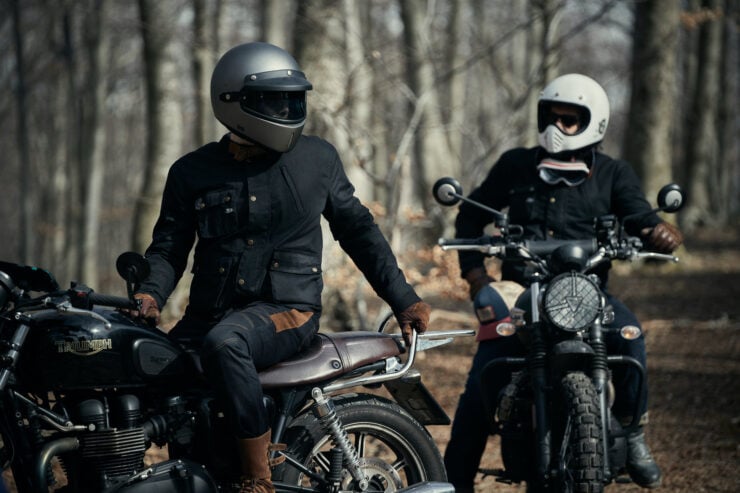 Inside the jacket you’ll find a smooth burgundy cotton blend liner, a removable thermal liner for use in cooler weather, and zipper ventilation openings on the sleeves and across the shoulder for warmer weather.

There are four pockets on the front and one on the rear, three of the front pockets are waterproof – designed to hold things like phones and wallets without them being at risk if you get caught in a downpour.

Externally you’ll find suede leather reinforcement patches on the elbows for additional abrasion protection, the jacket has a leather closure at the neck, and both a main zipper and studs to keep things from flapping around when you’re on the highway.

Fuel are offering this jacket in sizes from S up to XXL, there’s a sizing chart on the website to help you get the right fit, and it’s priced at €385 with international orders welcome. 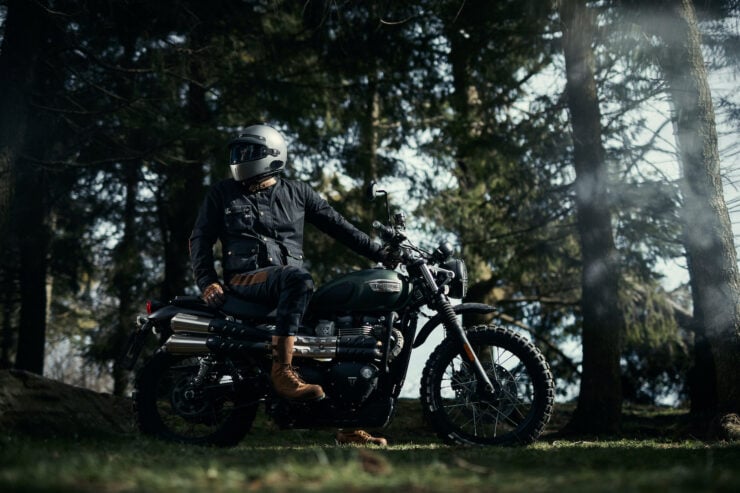 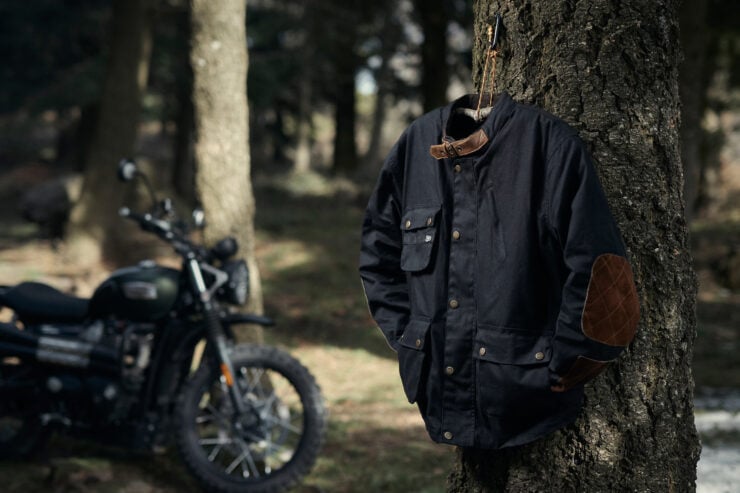 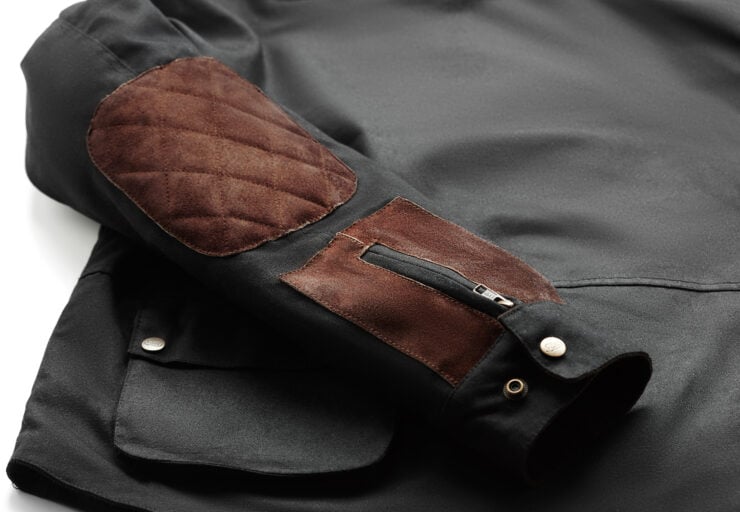 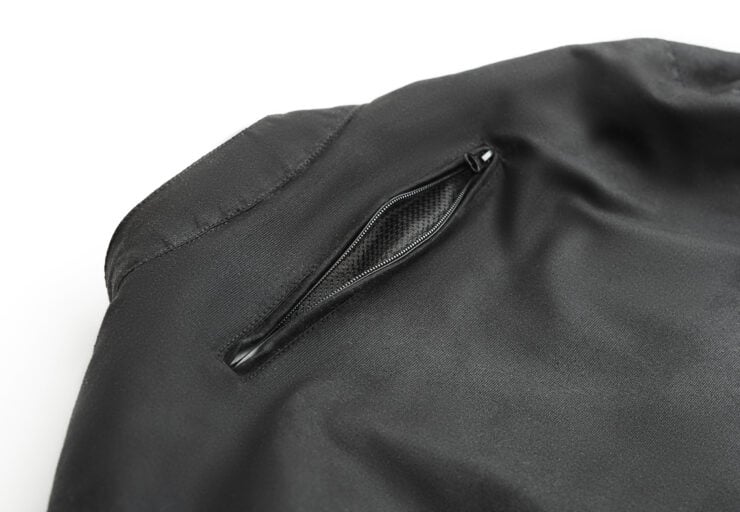 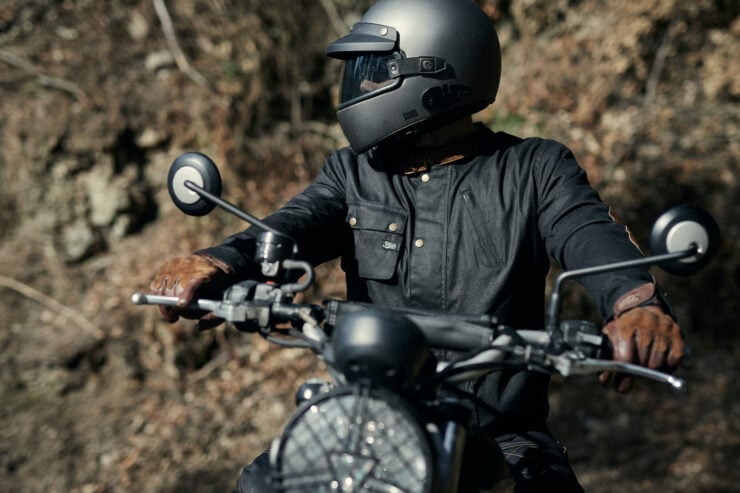 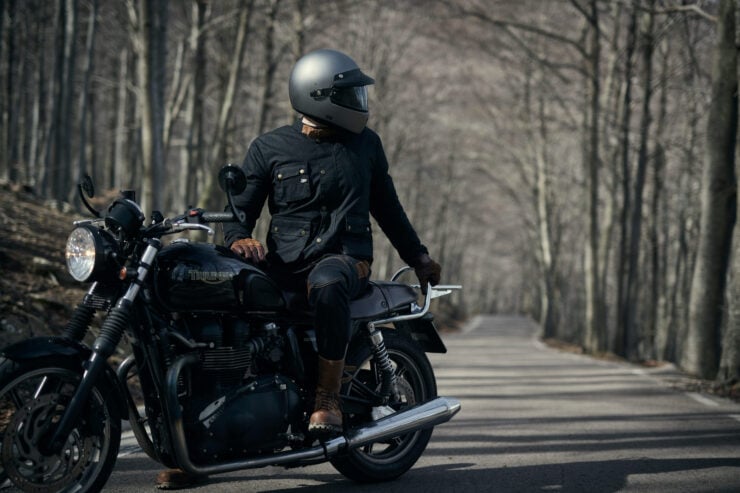 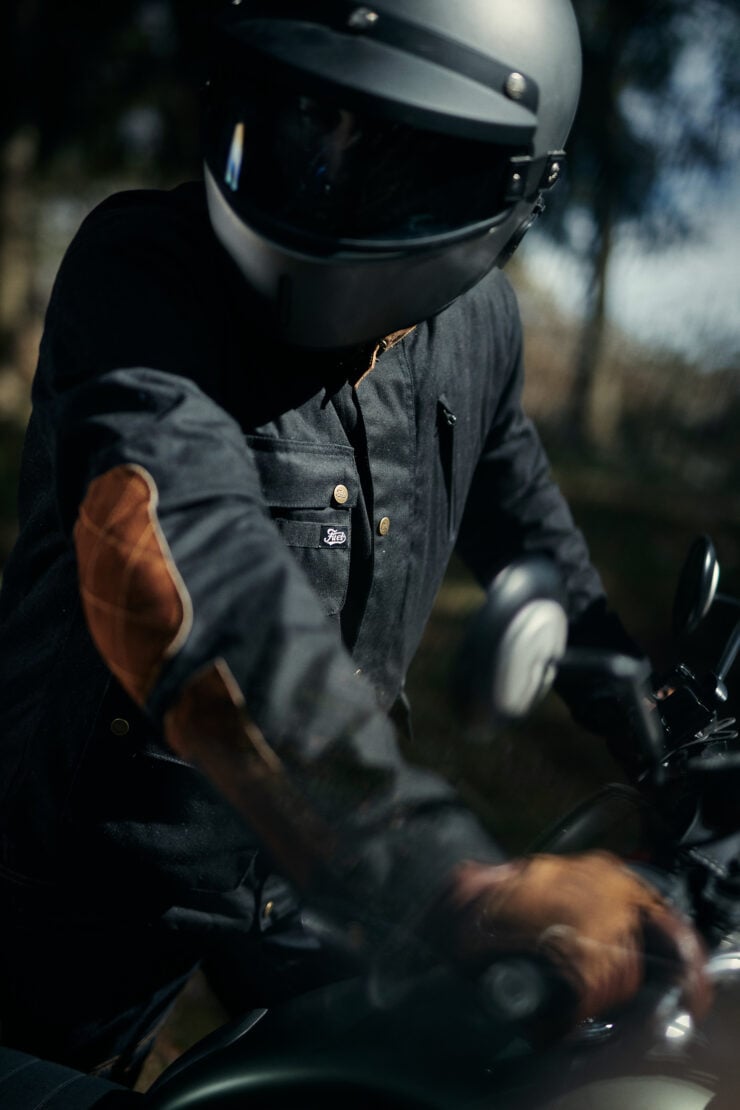 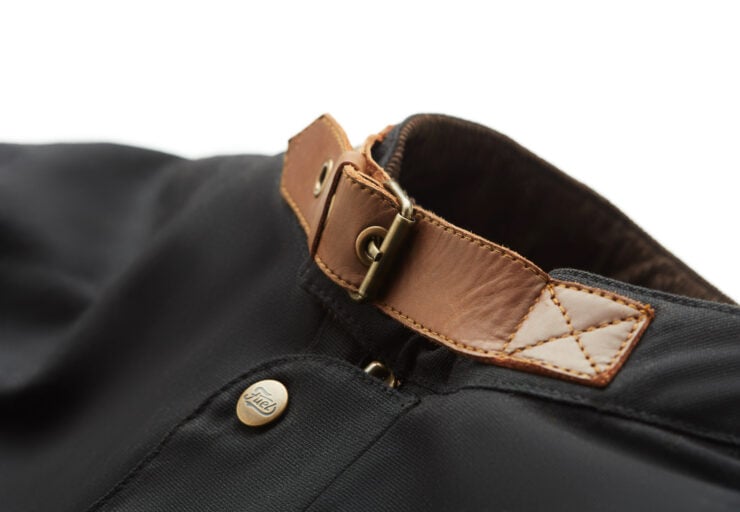 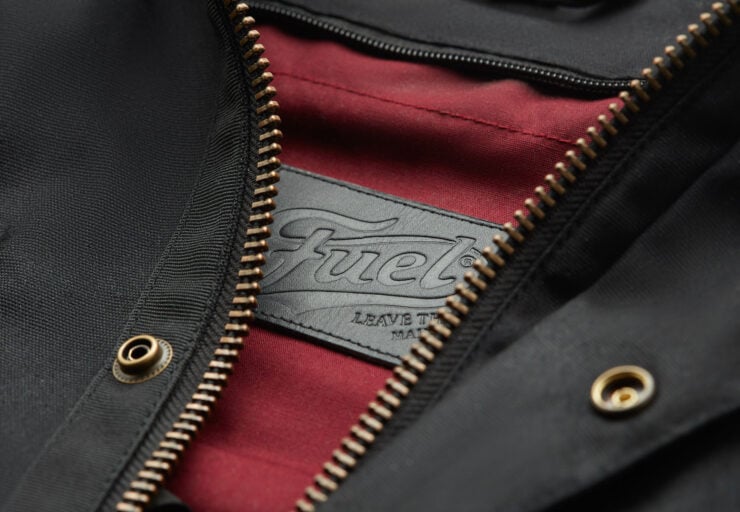 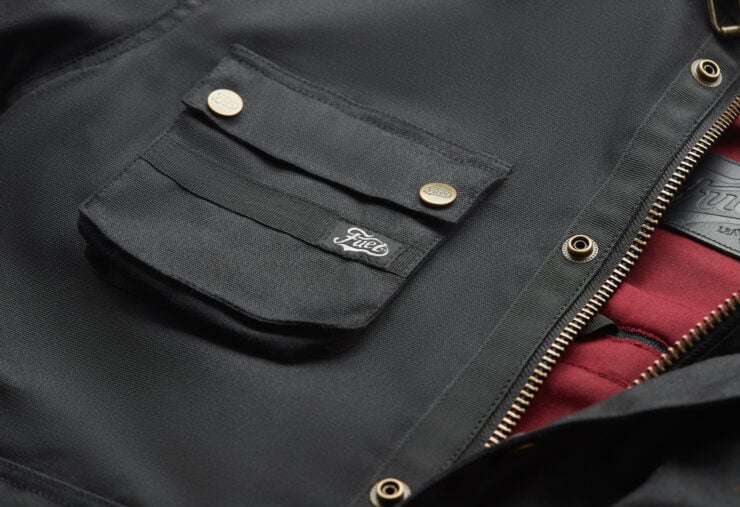 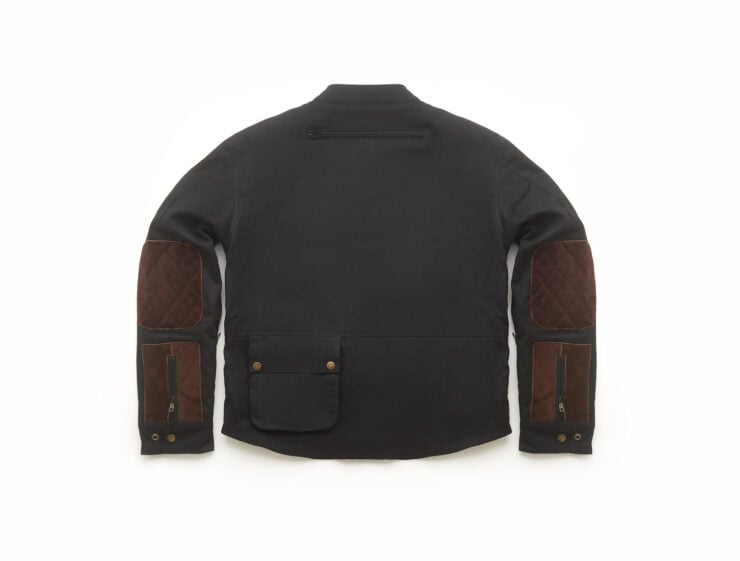 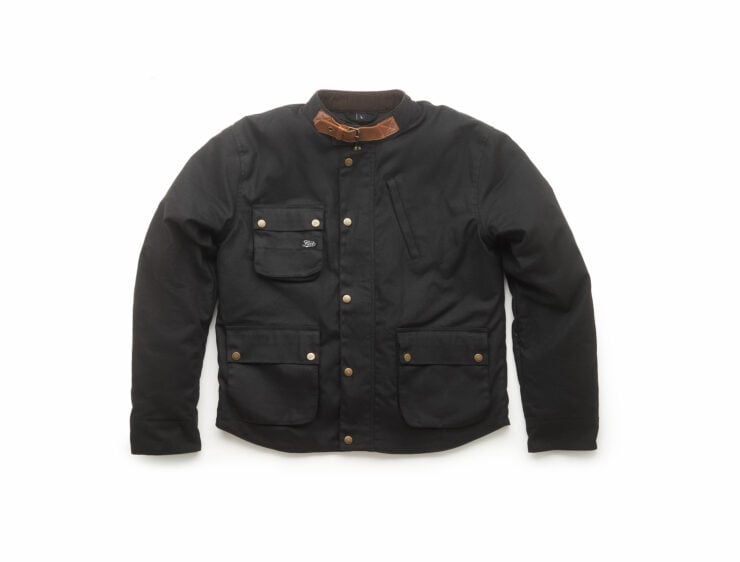