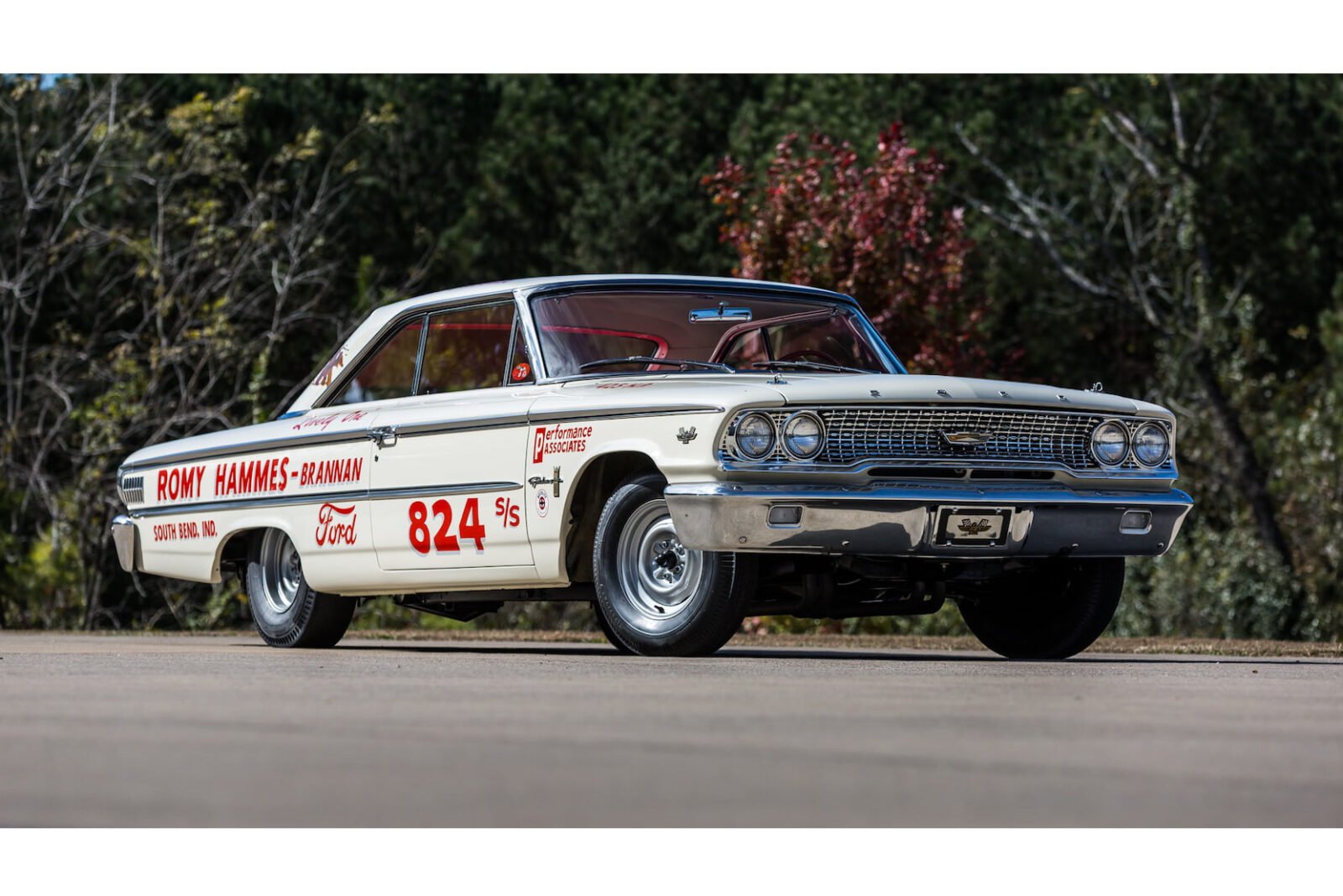 The 1963 Ford Galaxie 500 Lightweight (or more correctly 1963 ½), is a factory-built racing special that’s revered for being exceptionally quick down the quarter mile, and so rare that most have never actually seen one in person.

The project was announced in February of 1963, Ford’s car merchandising manager V.P. Motto announced that the company would be offering a “Special Lightweight Performance Vehicle”, based on the 1963 Galaxie, and offered for sale to drag racers across the country.

Just 212 examples of the Ford Galaxie 500 Lightweight would be built, all of them in Corinthian White with a red vinyl interior. In order to be successful at the drag strip, Ford did two things – they stripped every ounce of weight they could, and they bolted a 427 cubic inch V8 under the hood with cross-bolted main bearings, a high-lift / high-duration camshaft, cast-iron headers, a transistorized ignition, dual Holley 4160 four-barrel carburetors, and a single-plane low-rise intake.

In original trim this engine produced 425 horsepower and 480 ft-lbs of torque, capable of propelling the car to a standing 1/4 mile time of ~12.5 seconds in the right hands.

The weight loss program was extensive, and made ample use of fiberglass, aluminum, and the deletion of unnecessary items. 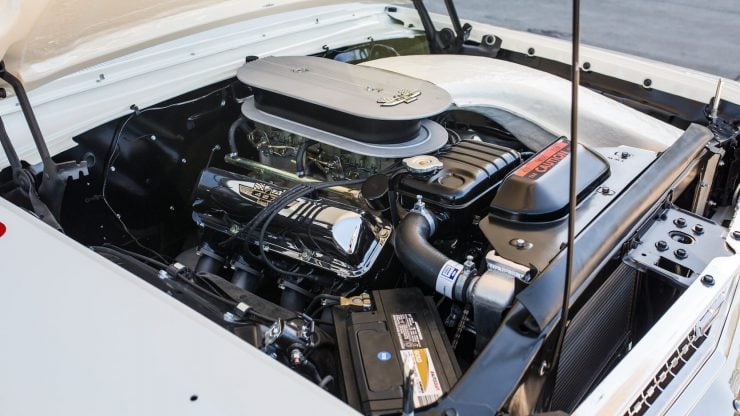 Fiberglass replaced steel on the hood, front fenders, decklid, and inner fender liners. Aluminum front and rear bumpers were used, with aluminum bumper brackets, the bell housing, transmission case, and extension housing was also aluminum, and the frame was lightened. The car was made a little lighter still by getting rid of the hood springs and counterbalancing spring in the trunk, the trunk mat, spare tire, and jack were also deleted.

Next up for the deletion treatment was the interior, the AM radio was never installed, neither was the horn, clock, heater, defroster, or door panel armrests. The long front bench seat was left out, and replaced with a pair of lightweight buckets.

All-in, the 1963 Ford Galaxie 500 Lightweight was exactly 425 lbs lighter than the stock Galaxie 500 – a figure that matched the power output perfectly, pleasing multiple generations of OCD car guys in the process.

These original ’63 Lightweights are now highly sought after by collectors and enthusiasts, it’s not known exactly how many have survived, but it’s always a major drawcard when one pops up for public sale. 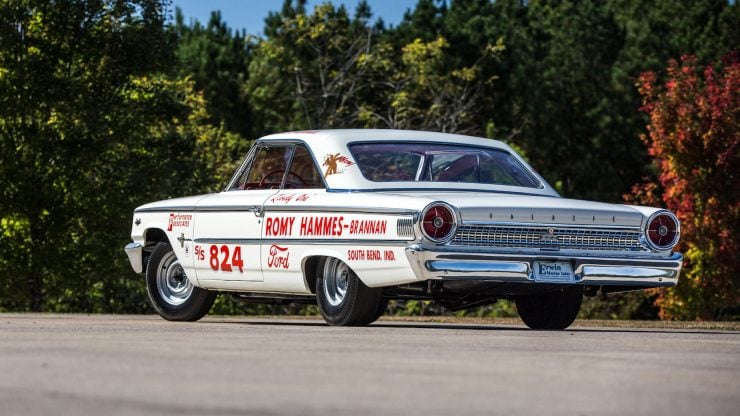 The car you see here is no. 824 – issued to the legendary Dick Brannan, raced by him in period, and now accompanied by notarized letters of authenticity signed by Brannan and Jerry Hammes.

It was the first of the 212 cars built, and it was campaigned by Brannan during a pivotal moment in drag racing history. The car would later be sold on, and would disappear from public view for decades, before being rediscovered at a lightweight Ford reunion at Carlisle. It was largely intact with its original body, interior, bumpers, hood, moldings, and panels – but its original Dick Brannan livery was hidden under multiple layers of white paint.

It was bought by collector Kayo Erwin, whose wife Brenda suggested carefully sanding the paint back to see if there were any clues to the car’s heritage hidden underneath. Her instinct proved right, and before long the words “South Bend, Ind.” appeared on a rear quarter panel.

Phone calls were made, and before long, Dick Brannan and Jerry Hammes both flew in to verify the car’s authenticity. A series of bespoke modifications that had only been applied to car no. 824 were discovered, leaving no doubt that this is the original first 1963 Ford Galaxie 500 Lightweight.

The original engine was long gone, but a period-exact 427 V8 side-oiler drag engine was built, with the correct high-rise aluminum intake and dual 4-barrel carburetors, backed by a rare aluminum-case Borg Warner 4-speed gearbox and the special Brannan-developed clutch mechanism used on this original car.

The car is now presented in identical condition to how it was when it raced, and it’ll roll across the auction block with Mecum between the 5th and 14th of January. If you’d like to read more about it or register to bid you can click here to visit the listing. 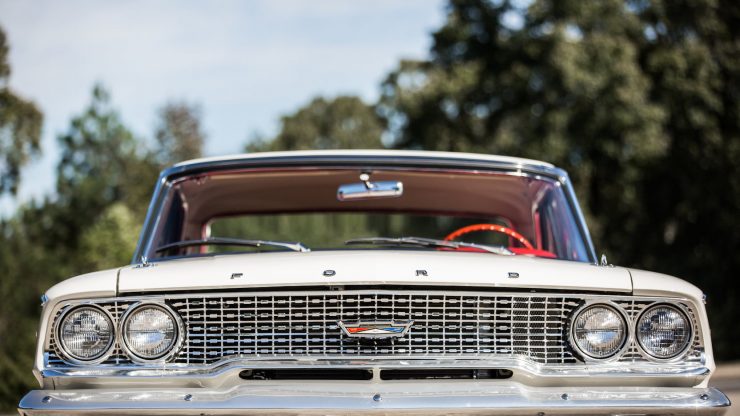 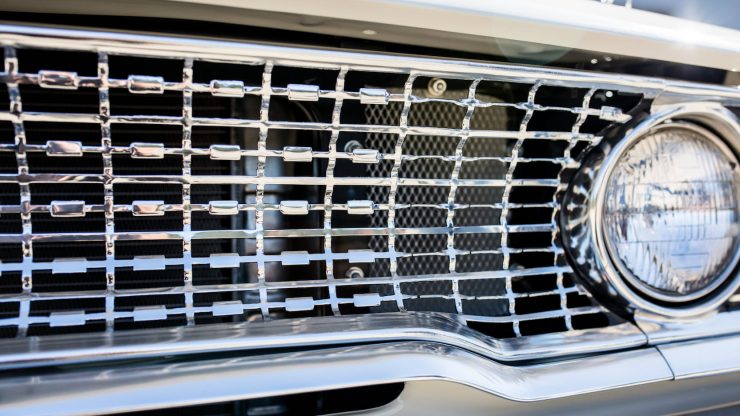 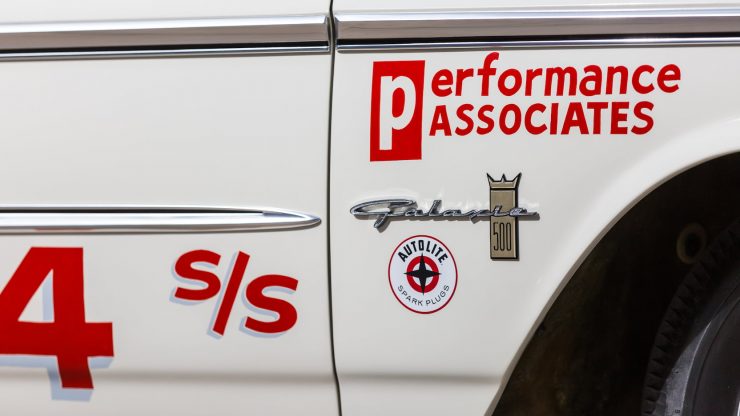 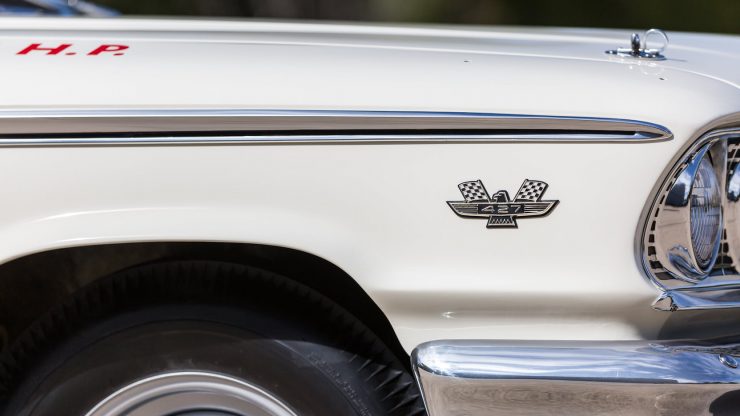 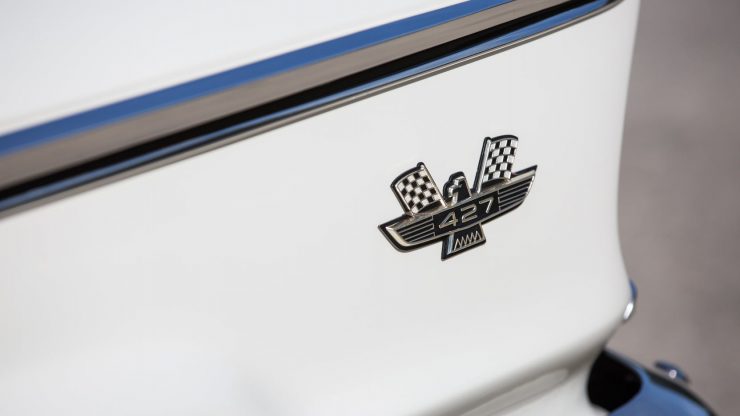 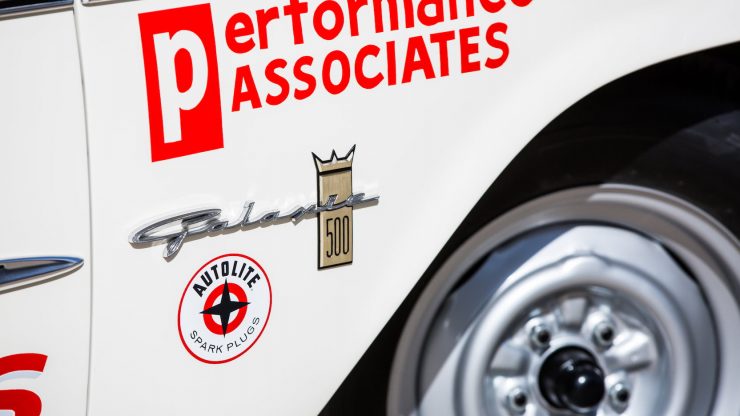 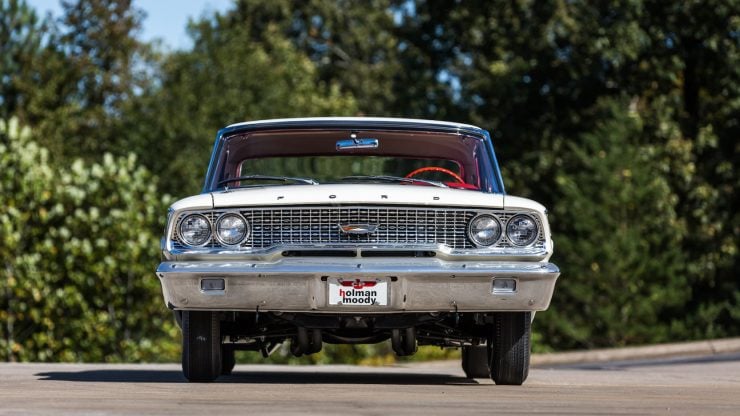 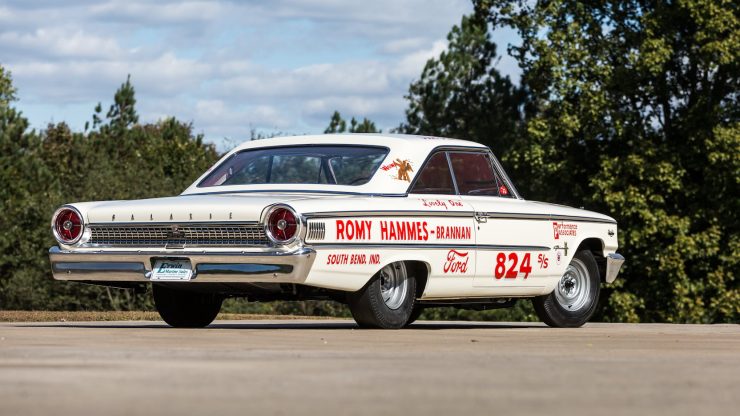 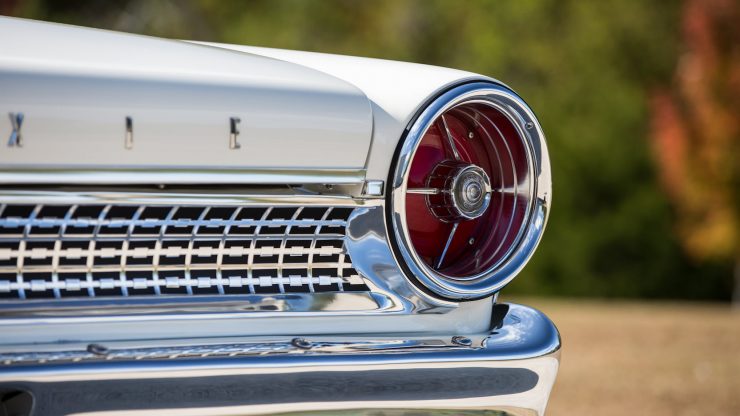 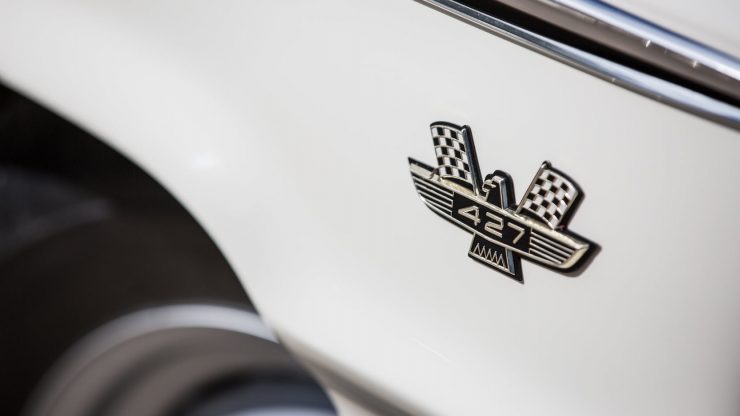 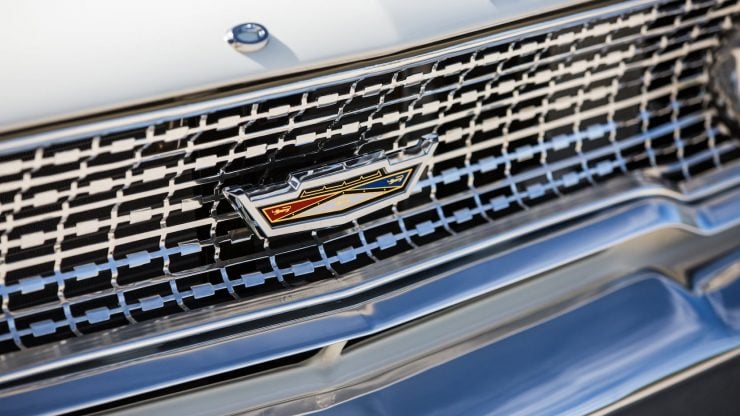 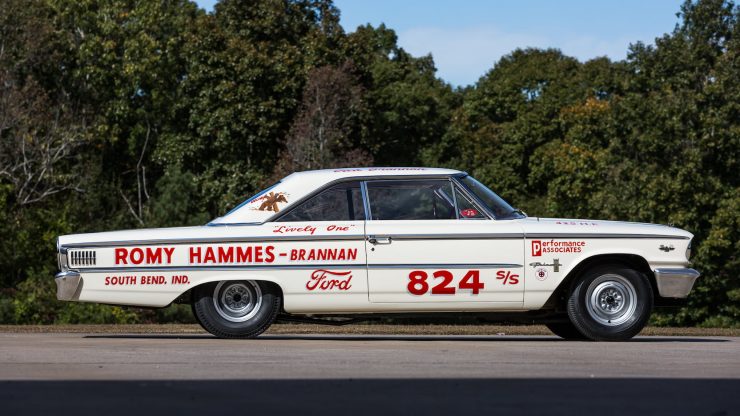 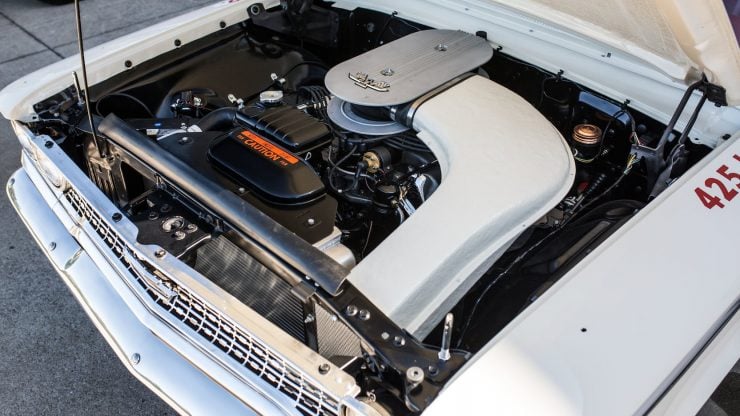 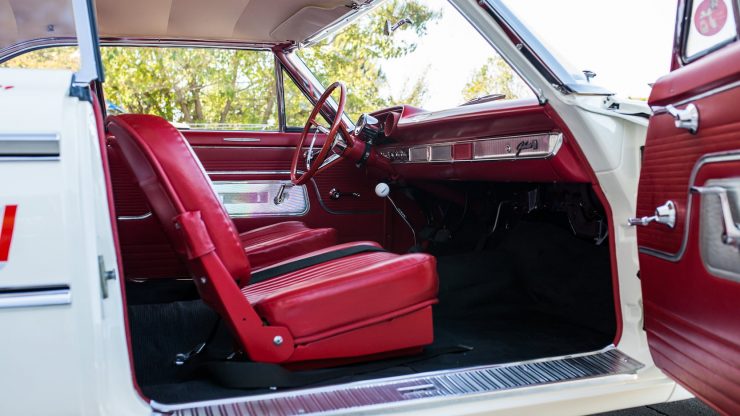 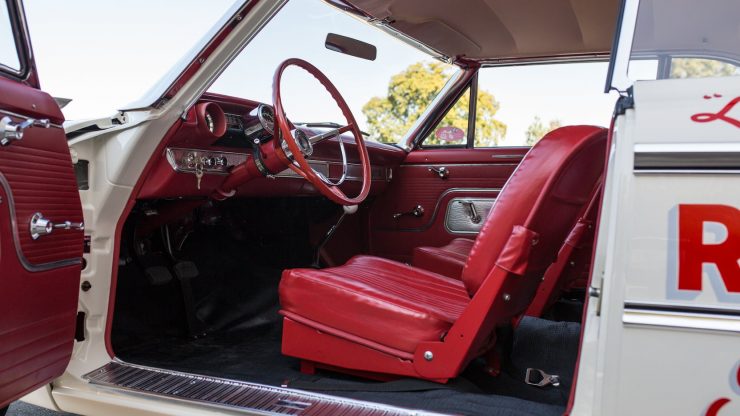 The East African Safari Rally was run from 1953 until 2019 under a variety of names, interestingly for the first 19 years of the event it was always won by local African-born drivers – all…