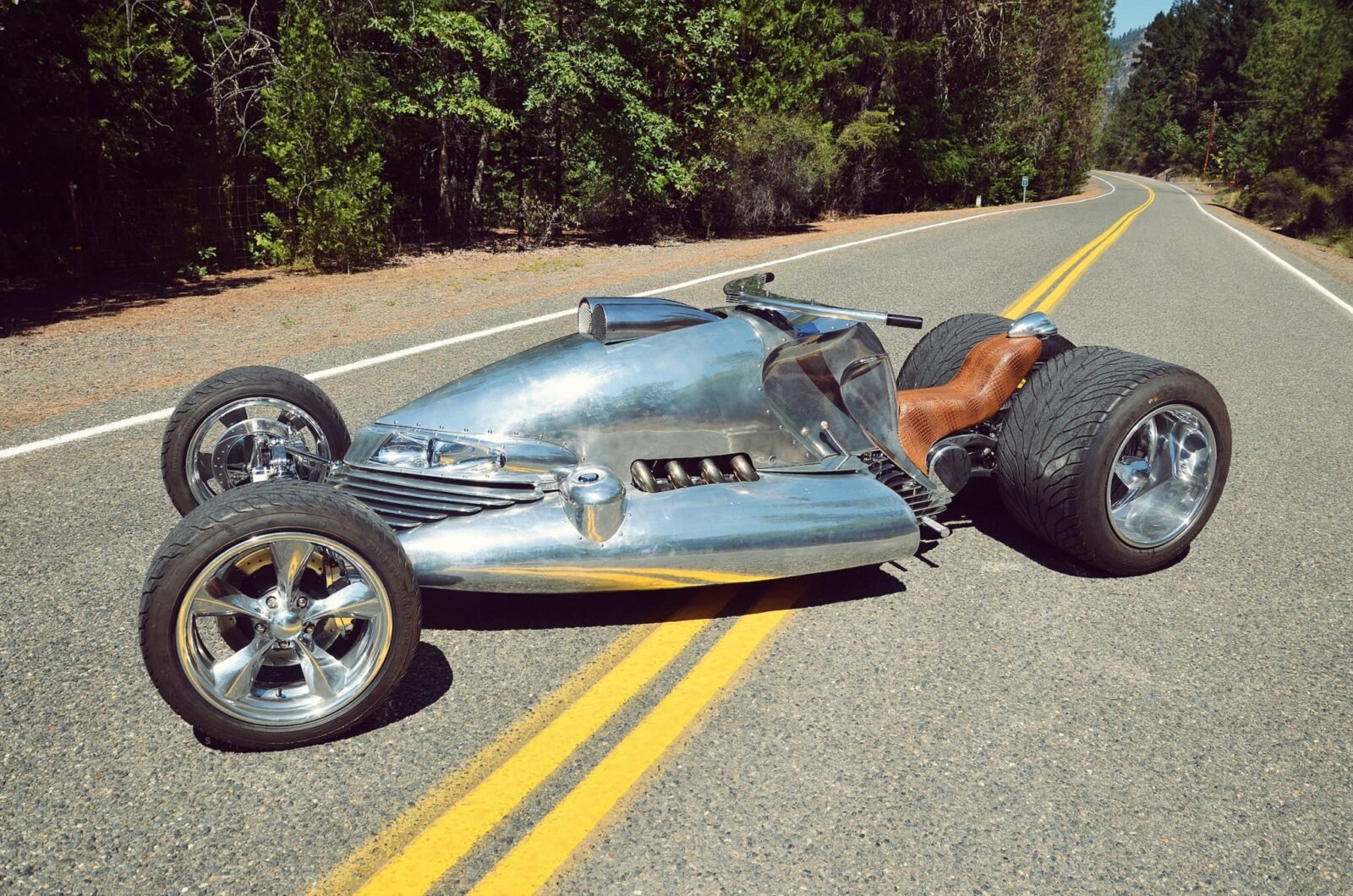 Frogman’s Rocket 3 is the latest creation from the workshop of prolific American custom builder Randy Grubb – a man whose work is characterised by its sweeping aluminium curves and healthy disregard for normality.

The unusual name of this creation is a reference to its owner, Tim “The Frogman” Cotterill – an artist famous for his sculptures of birds and frogs. Cotterill has long been a fan of Grubb’s work and the two have produced similar projects in the past – usually shiny V8 powered monsters that attract crowds wherever they’re displayed. Grubb’s most famous creation is almost certainly his Tank Car – now owned by Jay Leno, we’ve also previously featured his Decoliner and Decoson here on Silodrome.

The Rocket 3 is essentially a Corvette V8 powered quad bike with a bespoke chassis, suspension set-up and aluminium body. The engine is a Chevrolette E-Rod LS3 with a capacity of 6.2 litres and 430 horsepower, the transmission is a Hydra-Matic 4-speed automatic and the wheelbase measures in at 120 inches. Interestingly, that E-Rod engine is smog-compliant to current standards – meaning it can be registered in California and other states with notoriously fussy requirements.

The low-weight and high-horsepower has resulted in a 0-60mph time of less than 4 seconds, with 0-100mph time in the 5 second range and a theoretical top speed of 200mph – although at the time of writing no one has dared take it that far.

The video below is the most recent episode of Randy Grubb’s Garage, it covers the build of the Rocket 3 from start to finish – if you stick with it right till the end you’ll see Randy grabbing a fistful of throttle and launching it down a deserted road while the rear suspension arches under the load. 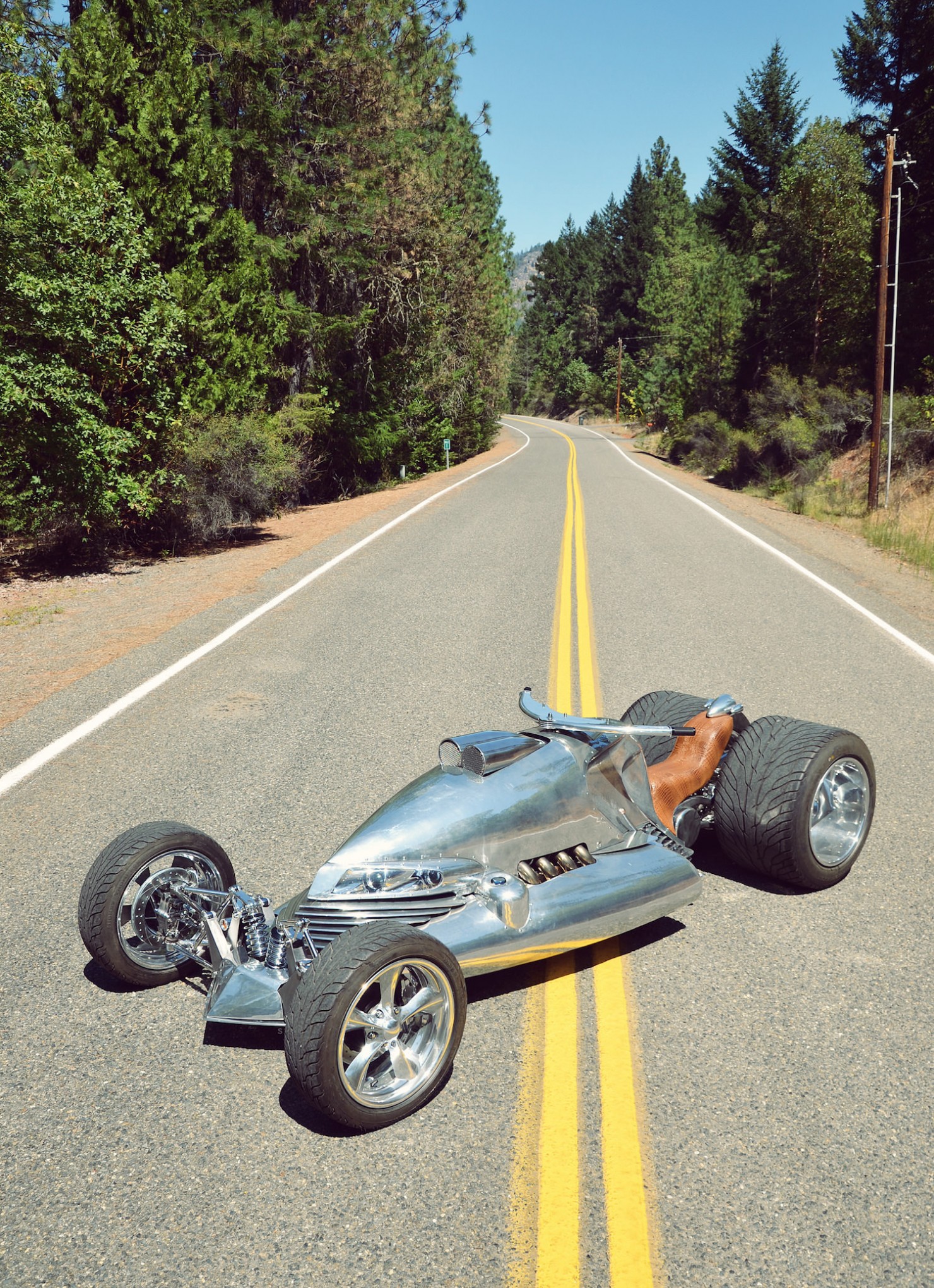 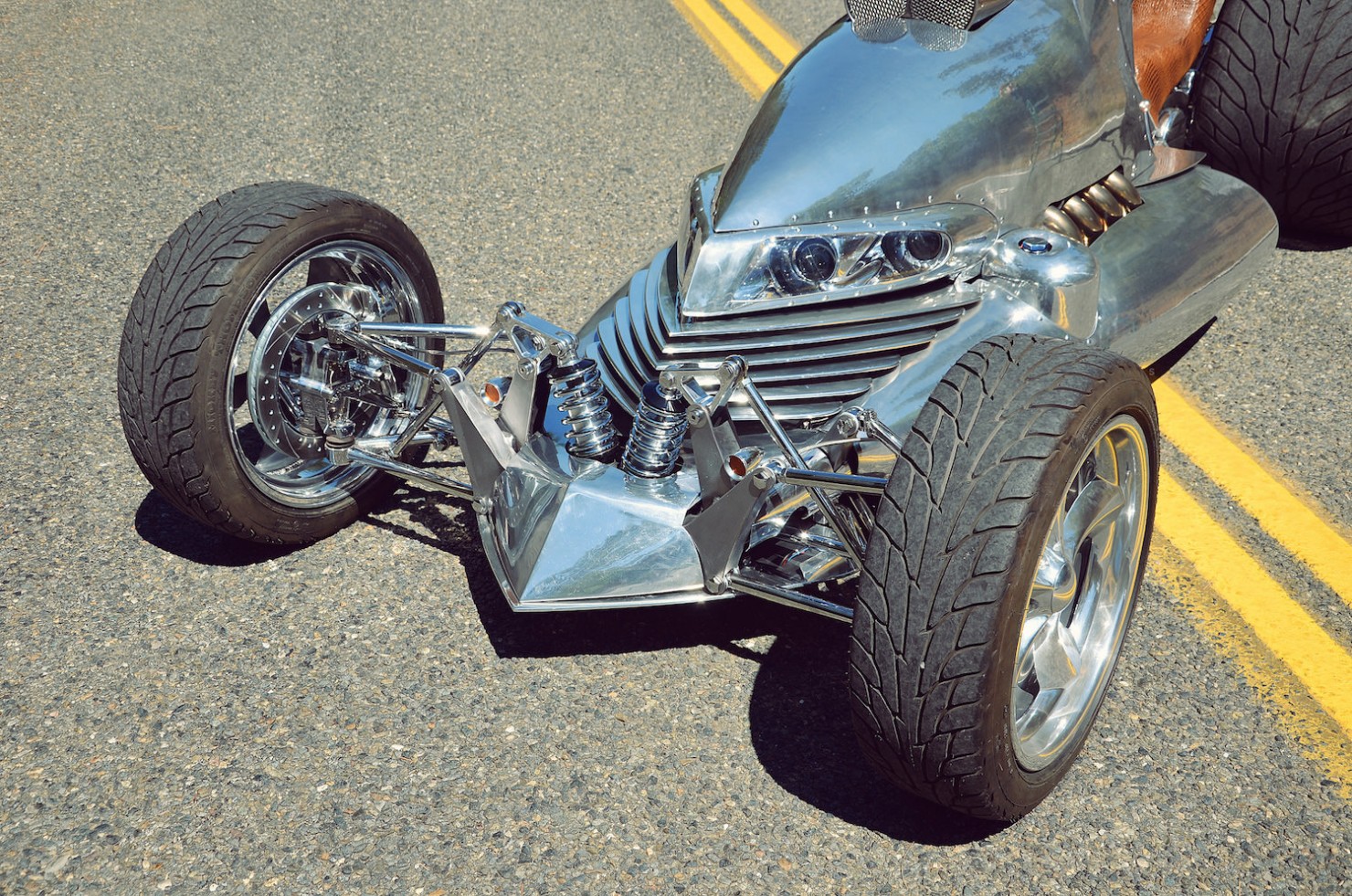 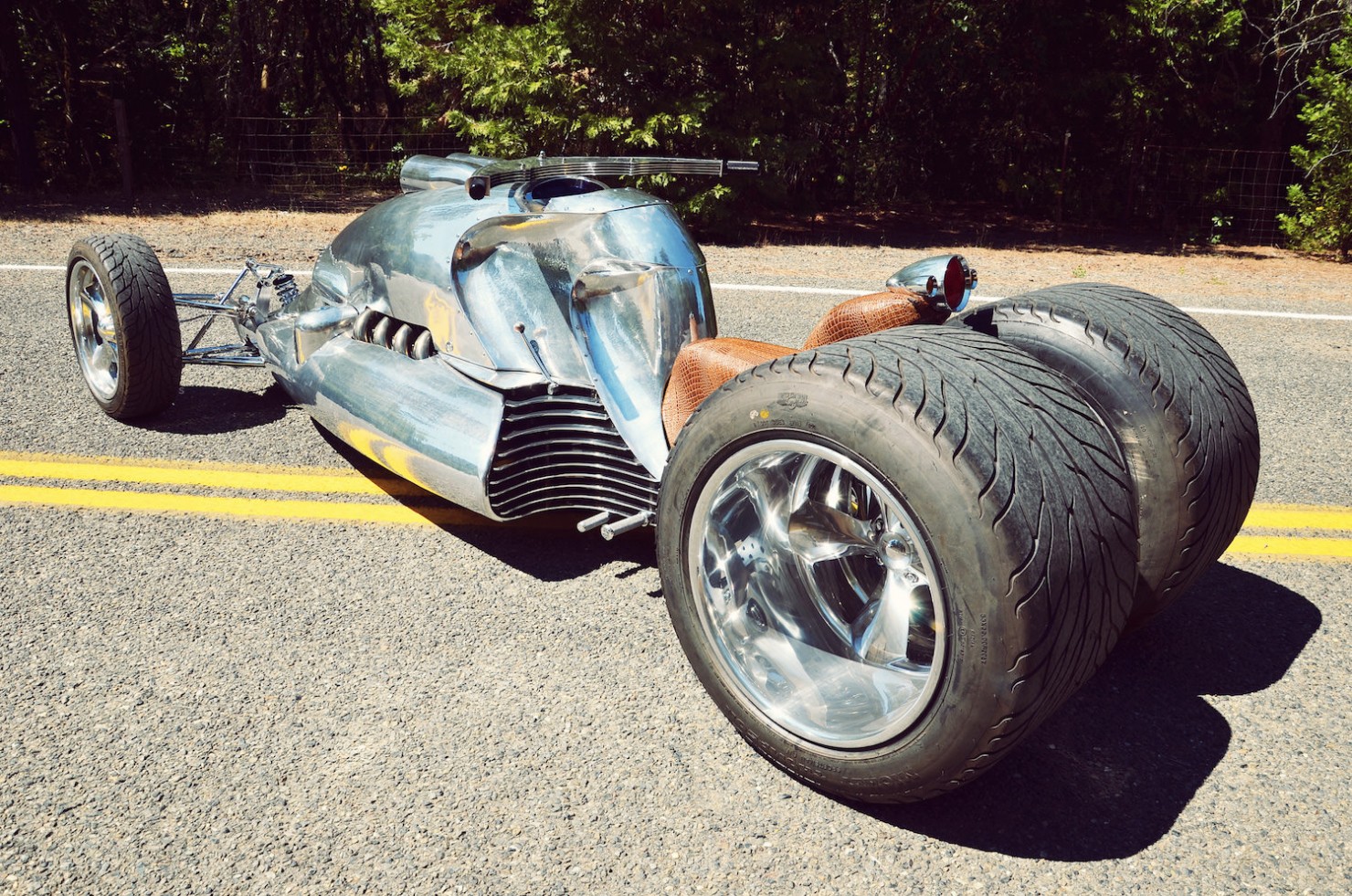 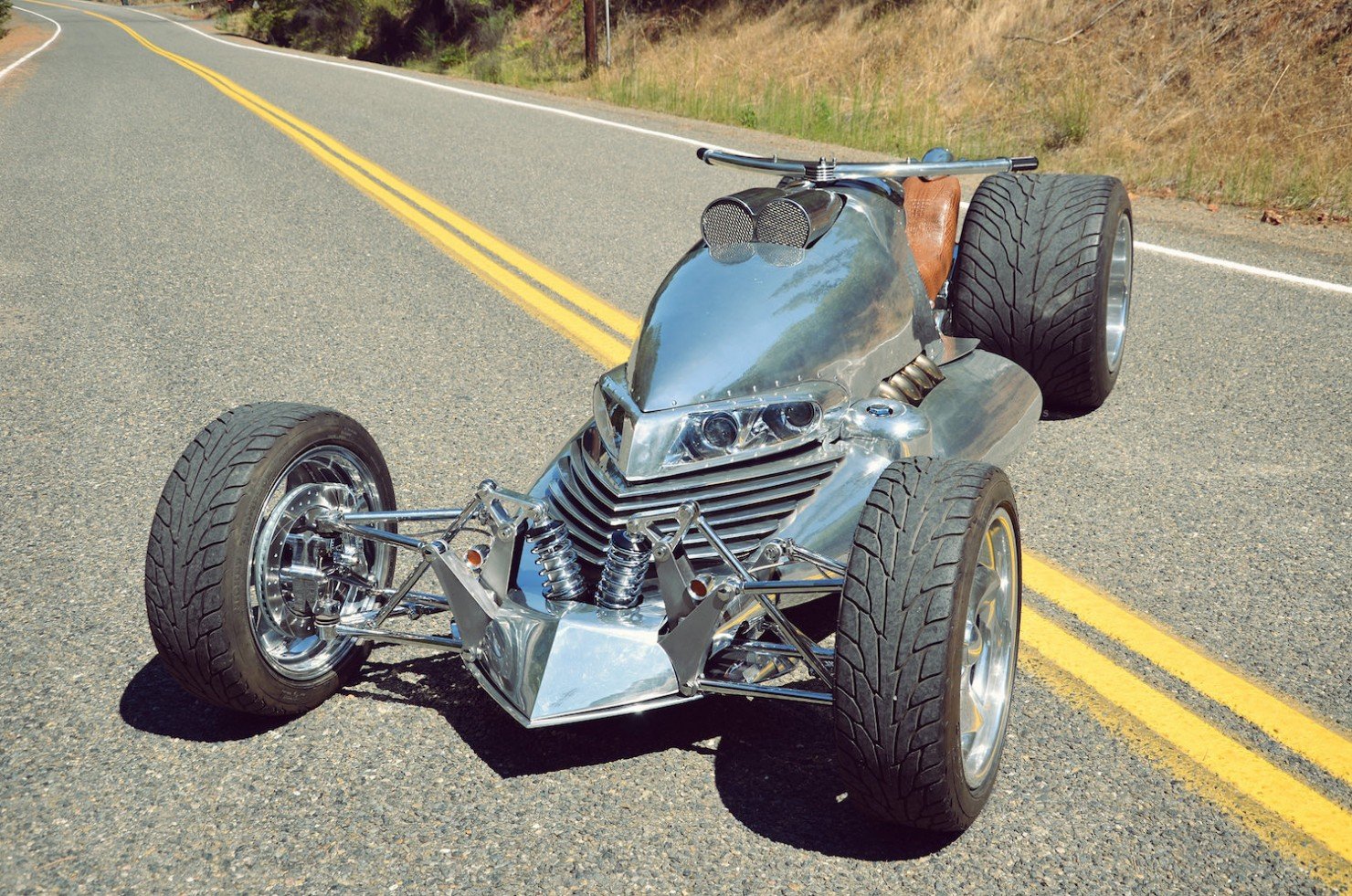 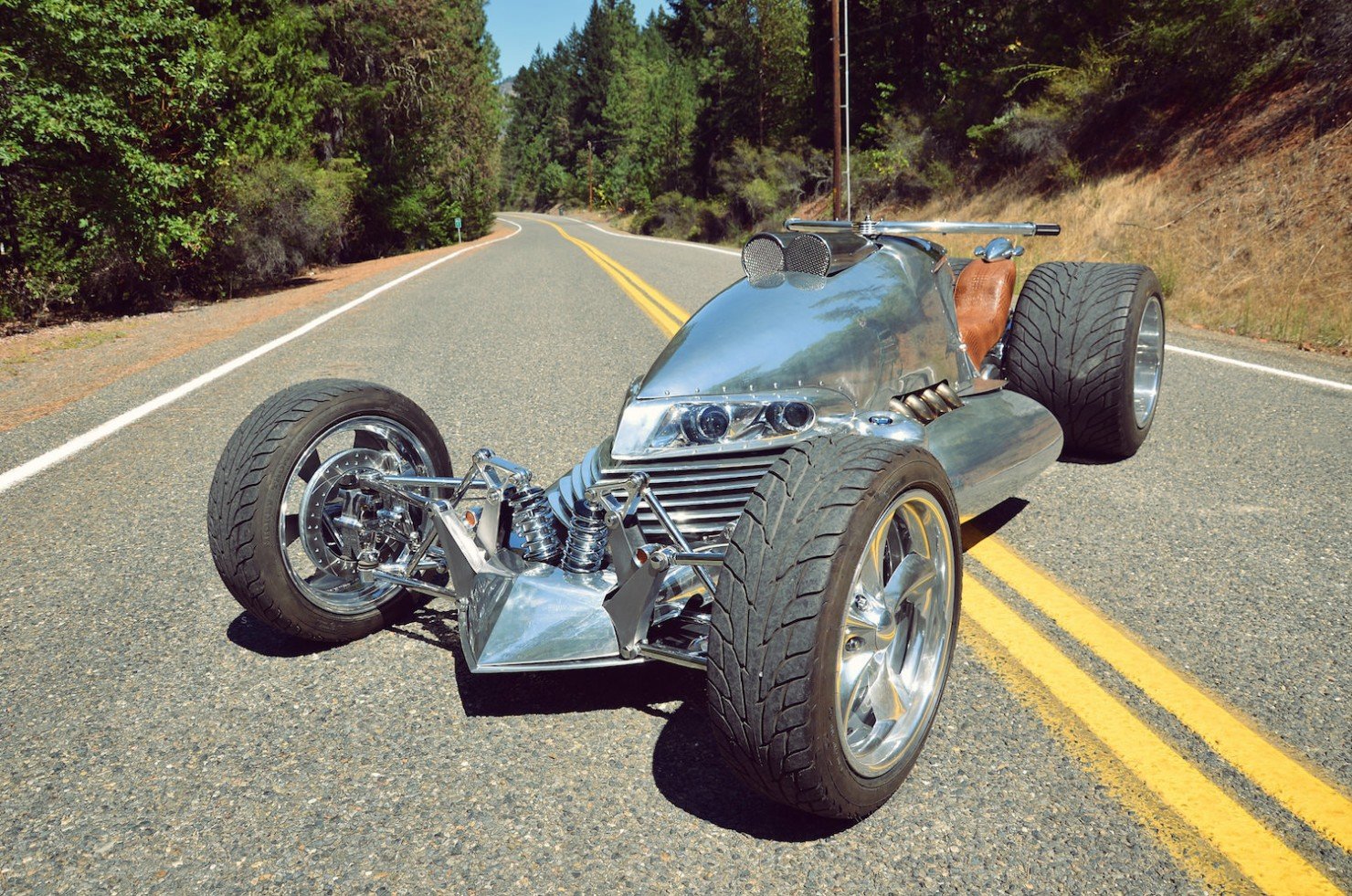 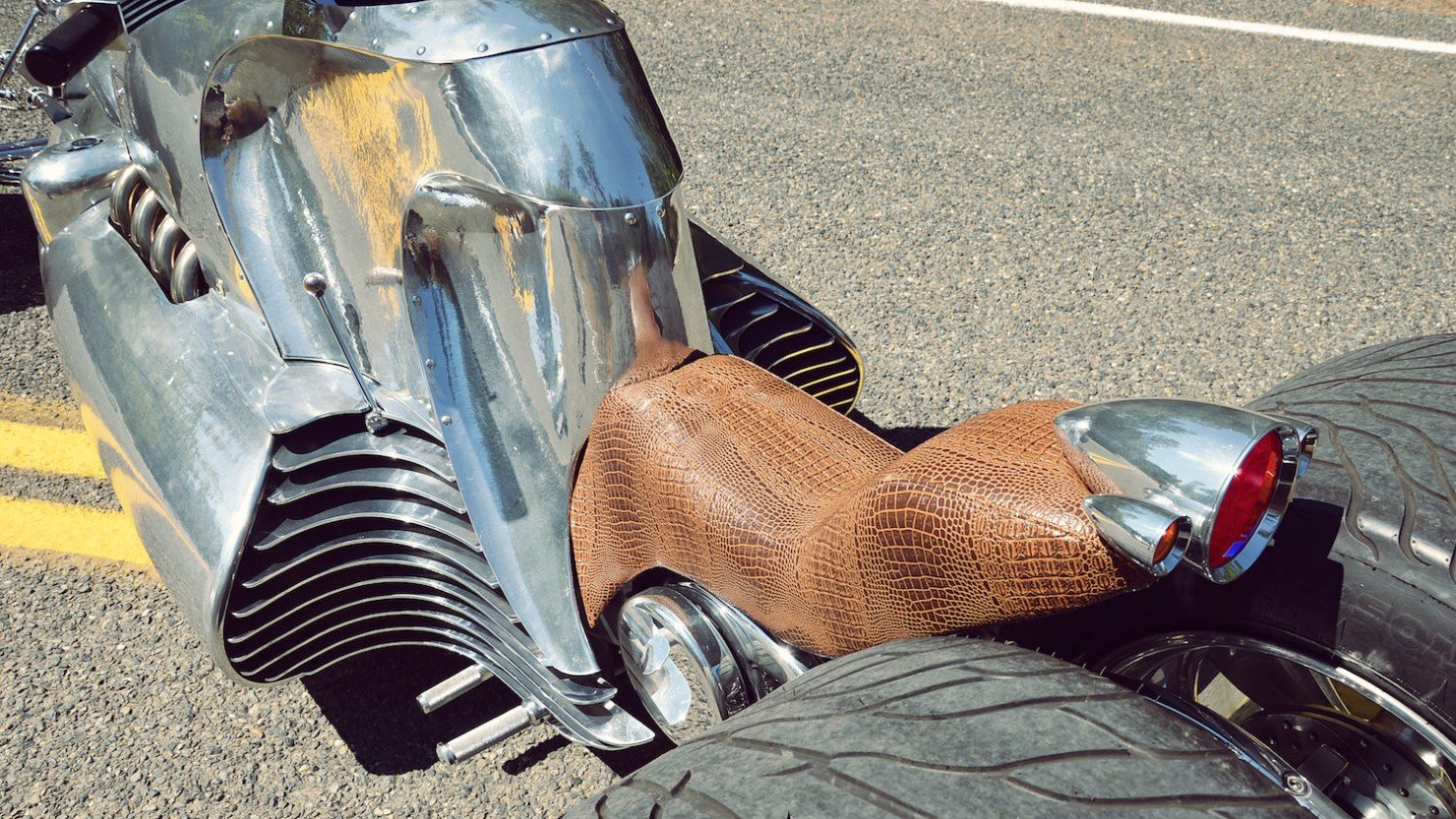 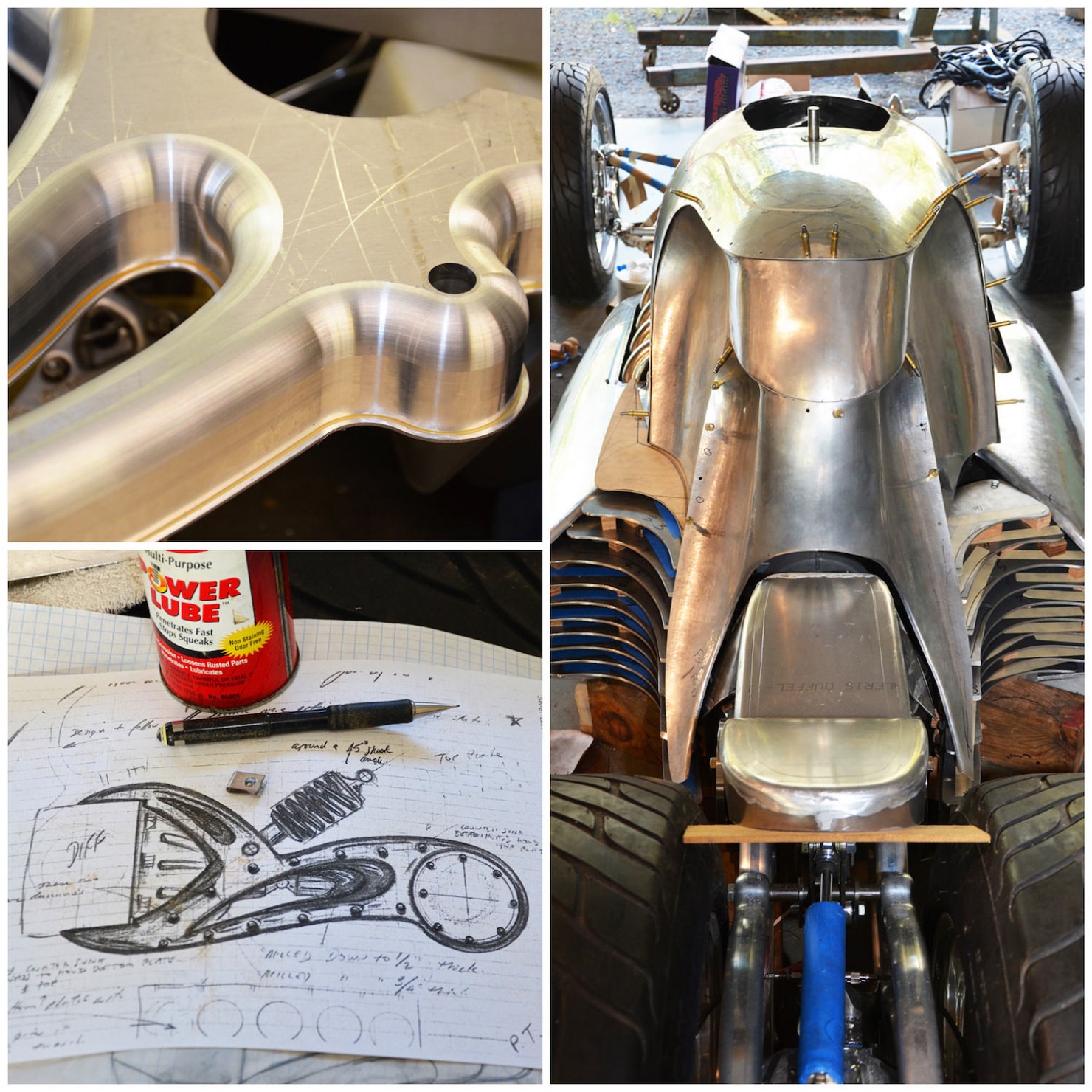 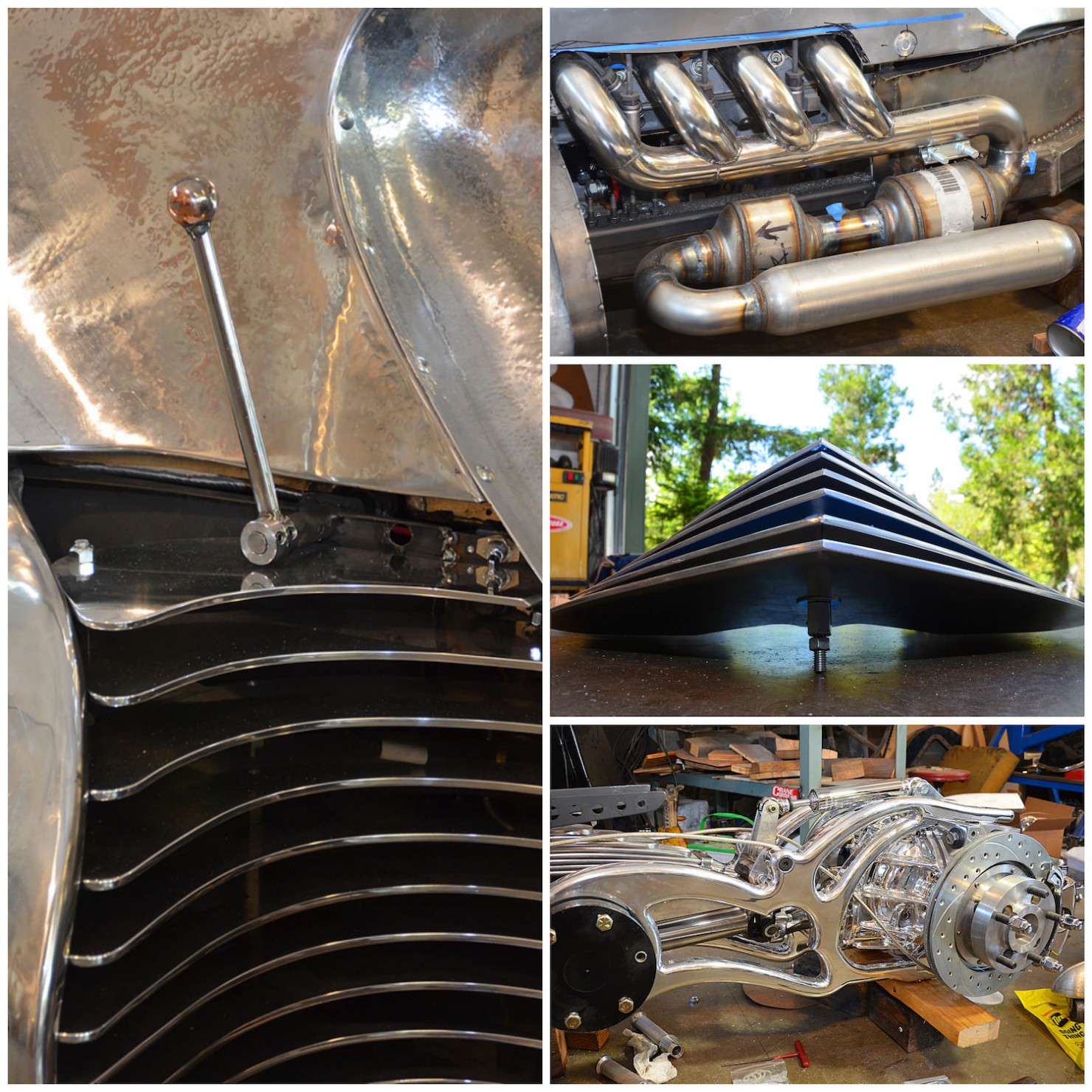 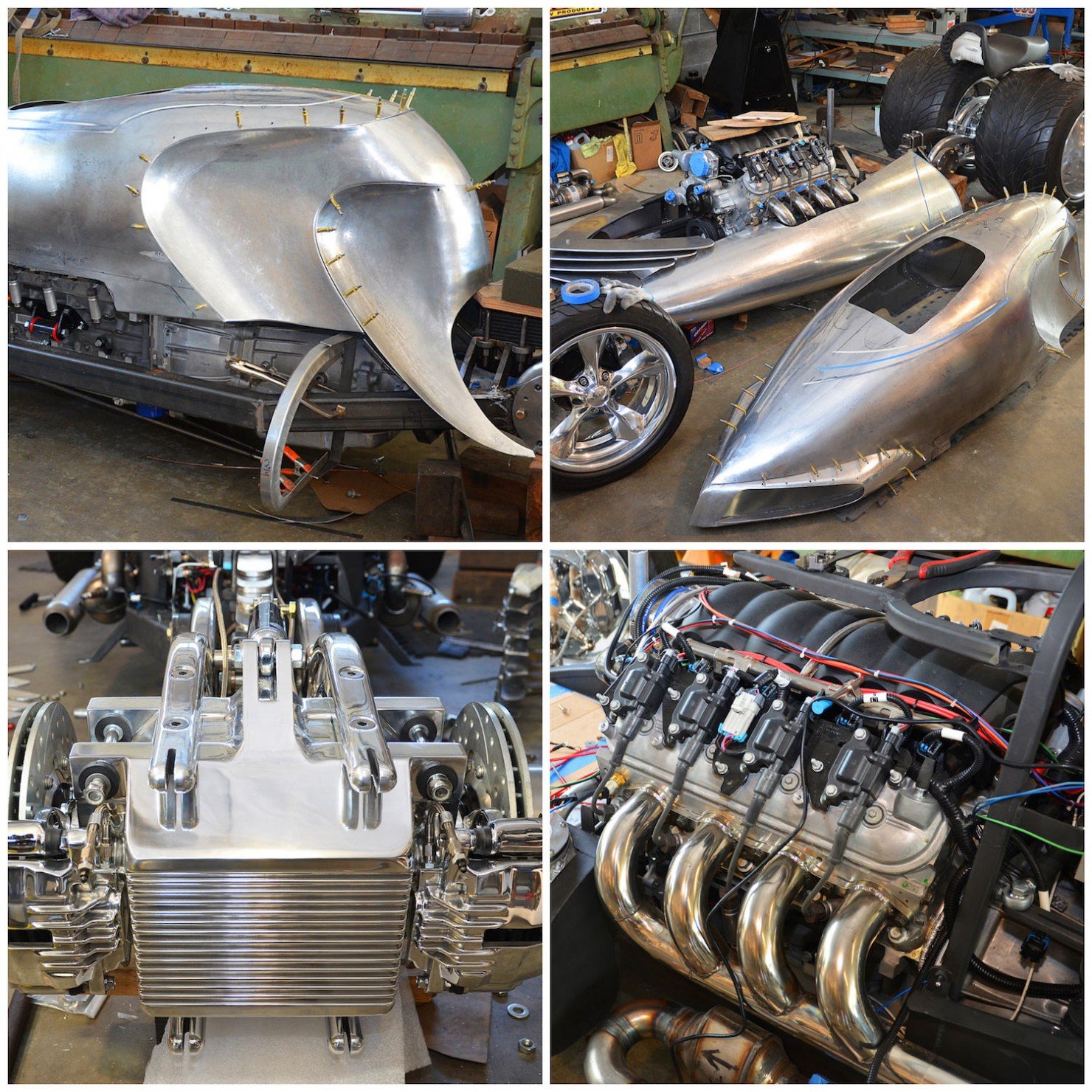 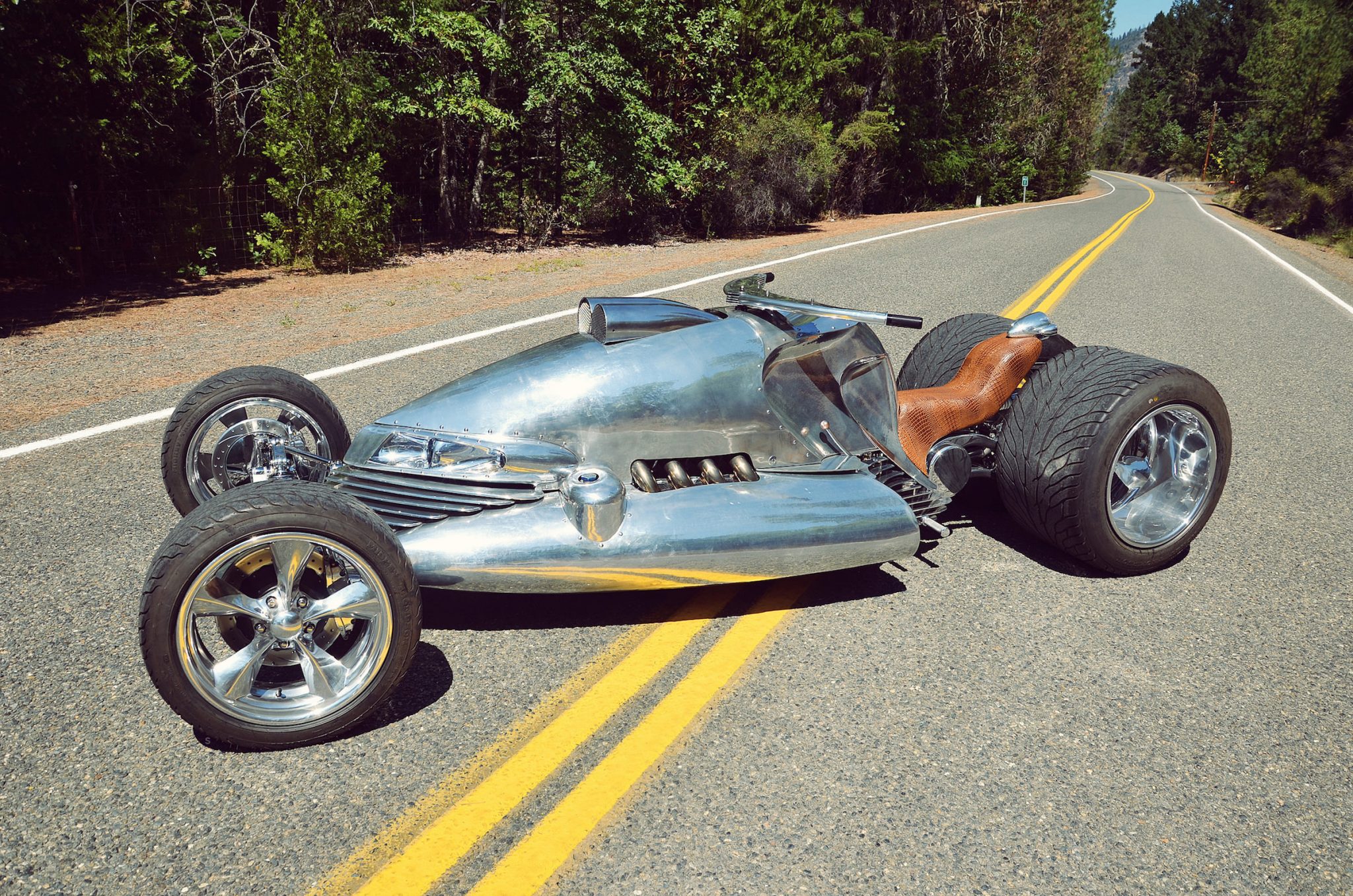