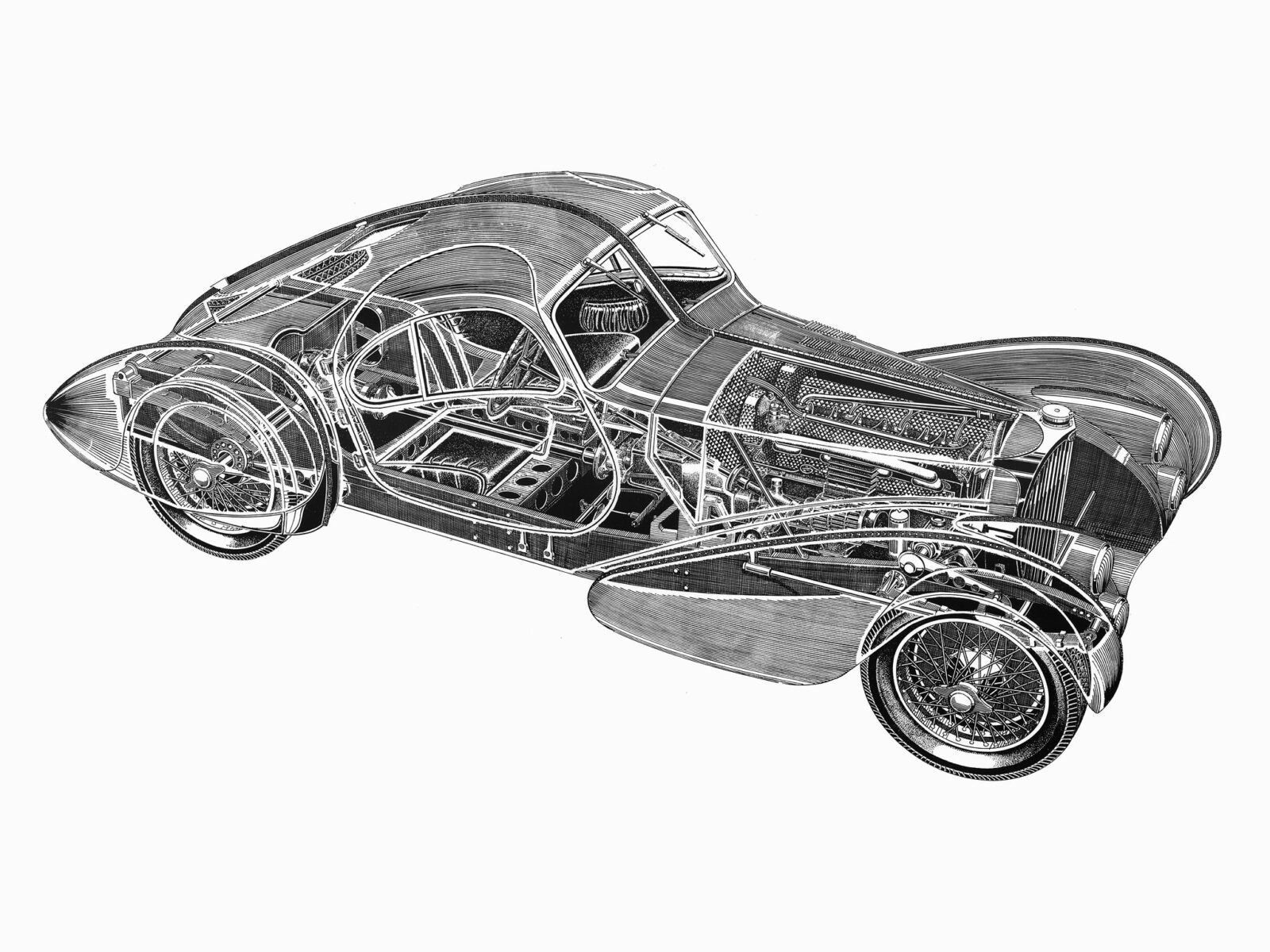 The Bugatti Type 57SC represented to the final evolution of the storied Type 57, a luxurious grand tourer fitted with a Bugatti Grand Prix engine capable of launching it to just a whisker under 100mph – an astonishing speed for 1934.

As the model was developed by its creator Jean Bugatti (son of company founder Ettore) it became clear that a lower version was needed, to drop the centre of gravity and improve handling for more sporting-minded owners. This version was called the Type 57S, with the S standing for Surbaise – French for “lowered”. The final iteration of the model would be the supercharged version, which added the C to Type 57SC. Only two factory examples were built, with the rest being previously sold 57Ss that the owners sent in for the upgrade.

With the supercharger in place the engine could now produce 200hp and propel the car to a top speed of 120mph, unsurprisingly the surviving 57SCs are now worth silly money, with Ralph Lauren’s black example you see below being valued at over $40,000,000 USD.

Click any of the images below to load them at full resolution in a new window. 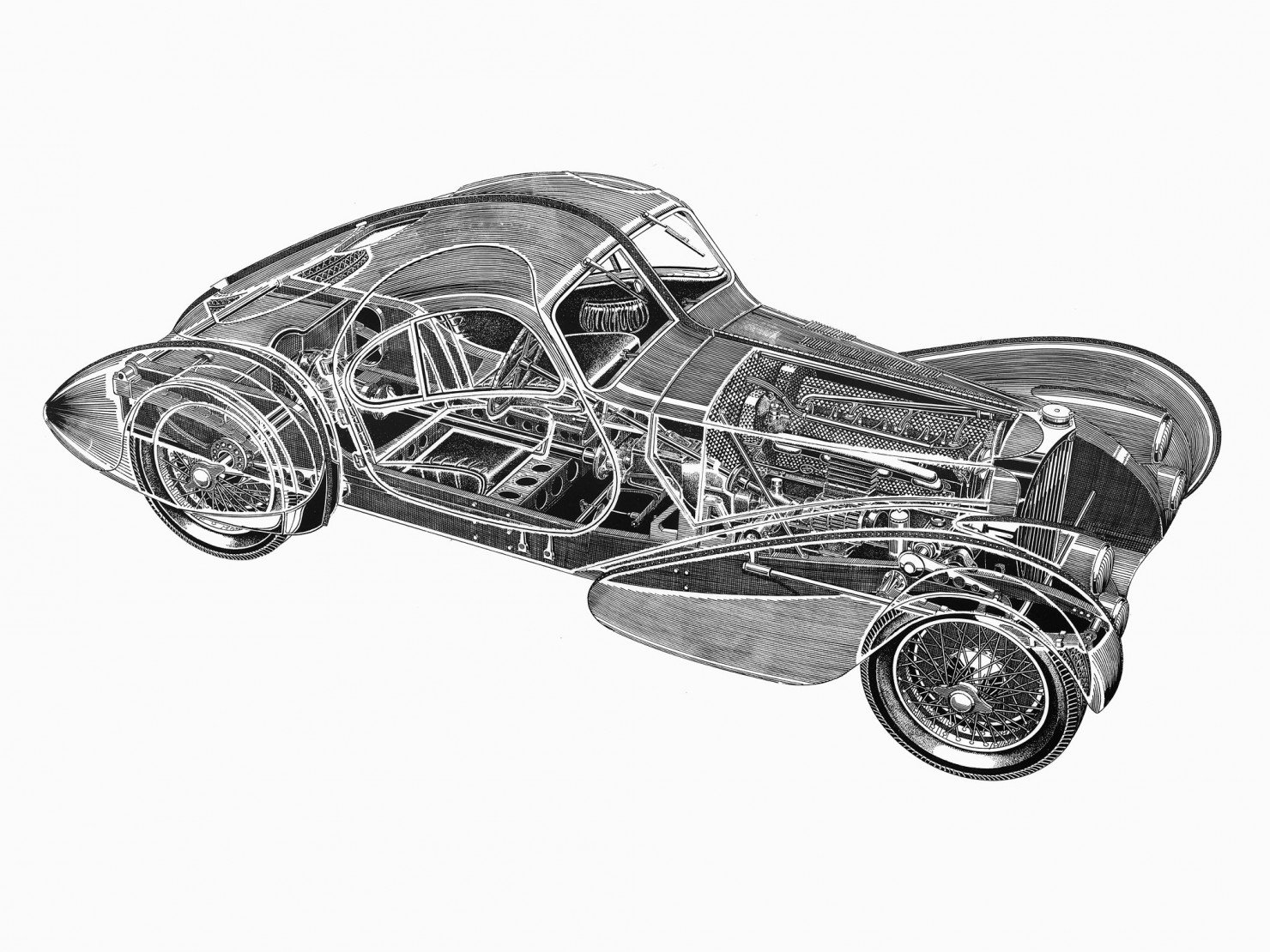 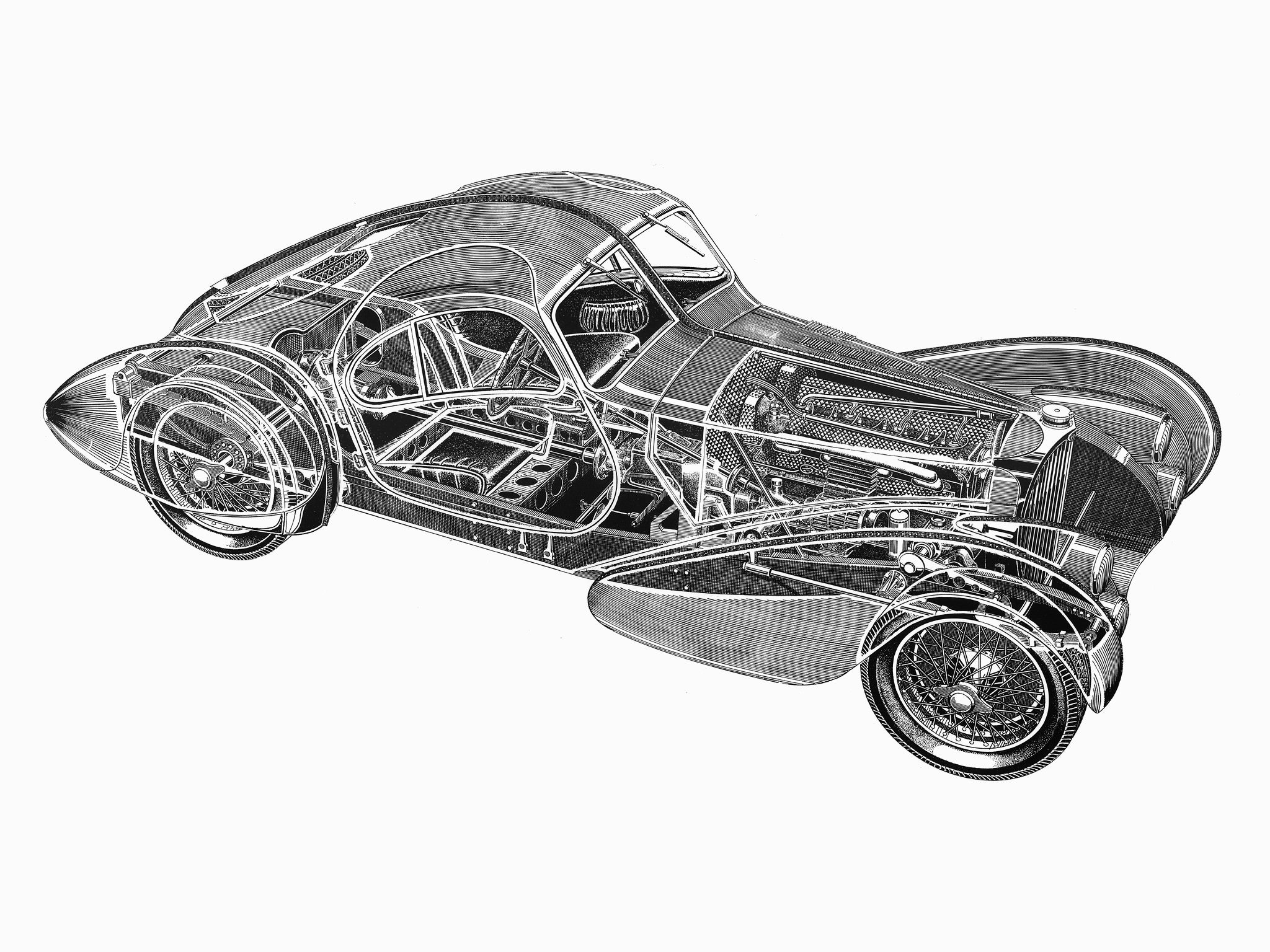