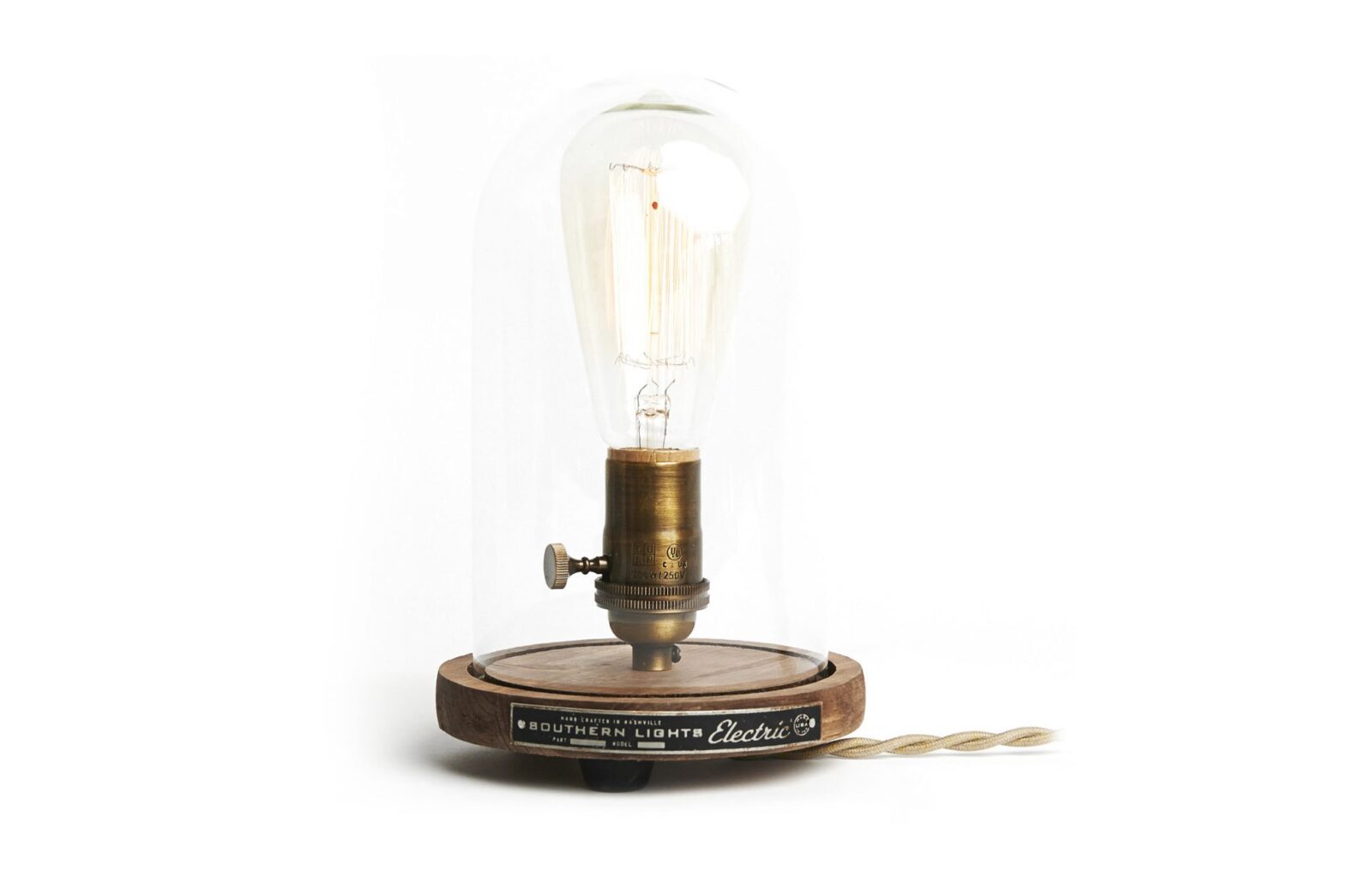 The Original Bell Jar Table Lamp by Southern Lights Electric is styled after the industrial desk lights of the early 20th century, each lamp has a wooden base, a vintage style socket, a cream cloth-covered cord with an inline switch and a glass dome to protect the light bulb.

The filaments of Edison light bulbs are beautiful to look at and they cast a warm light perfect for sheds, garages and gentleman’s rooms. 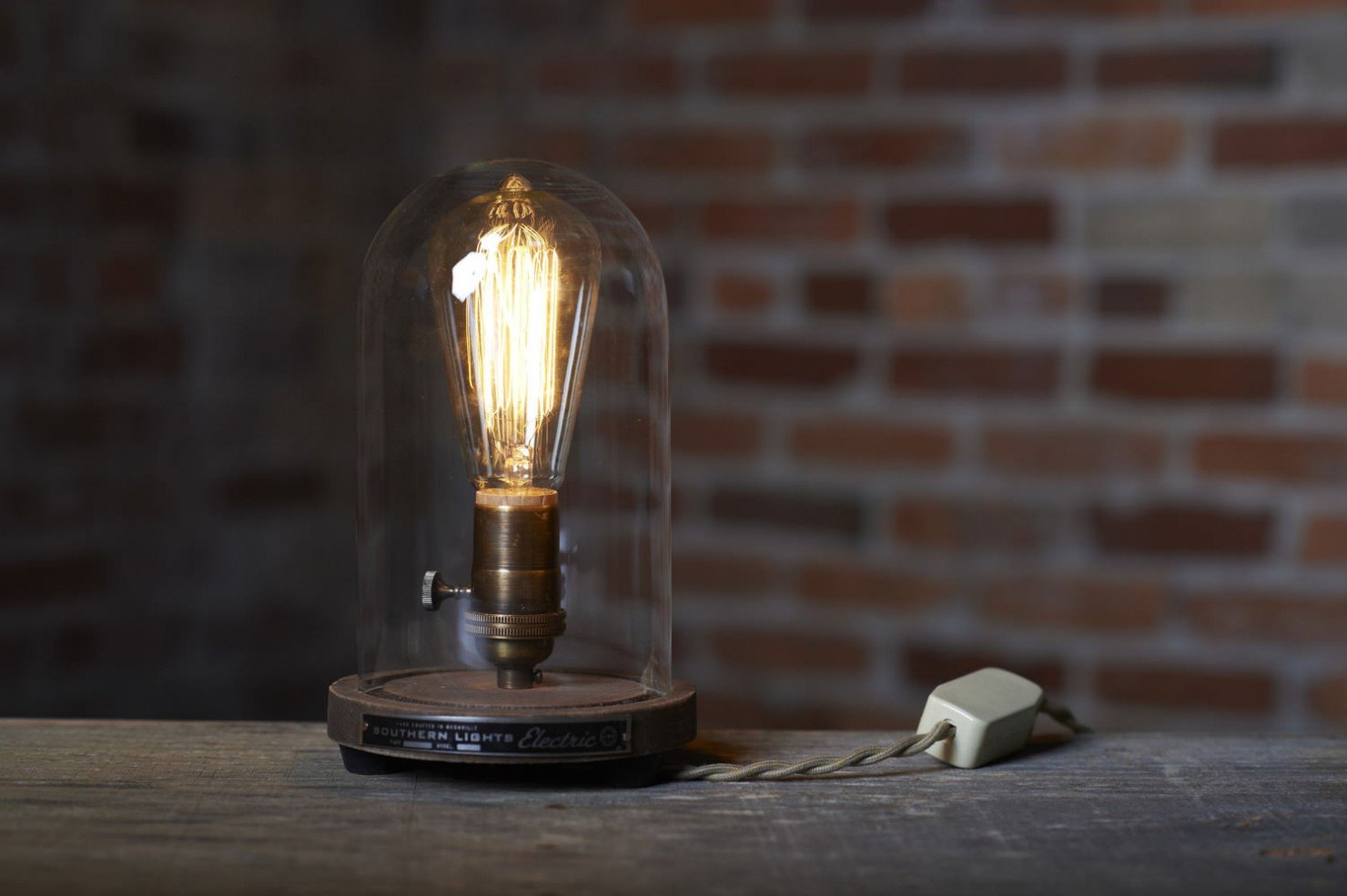 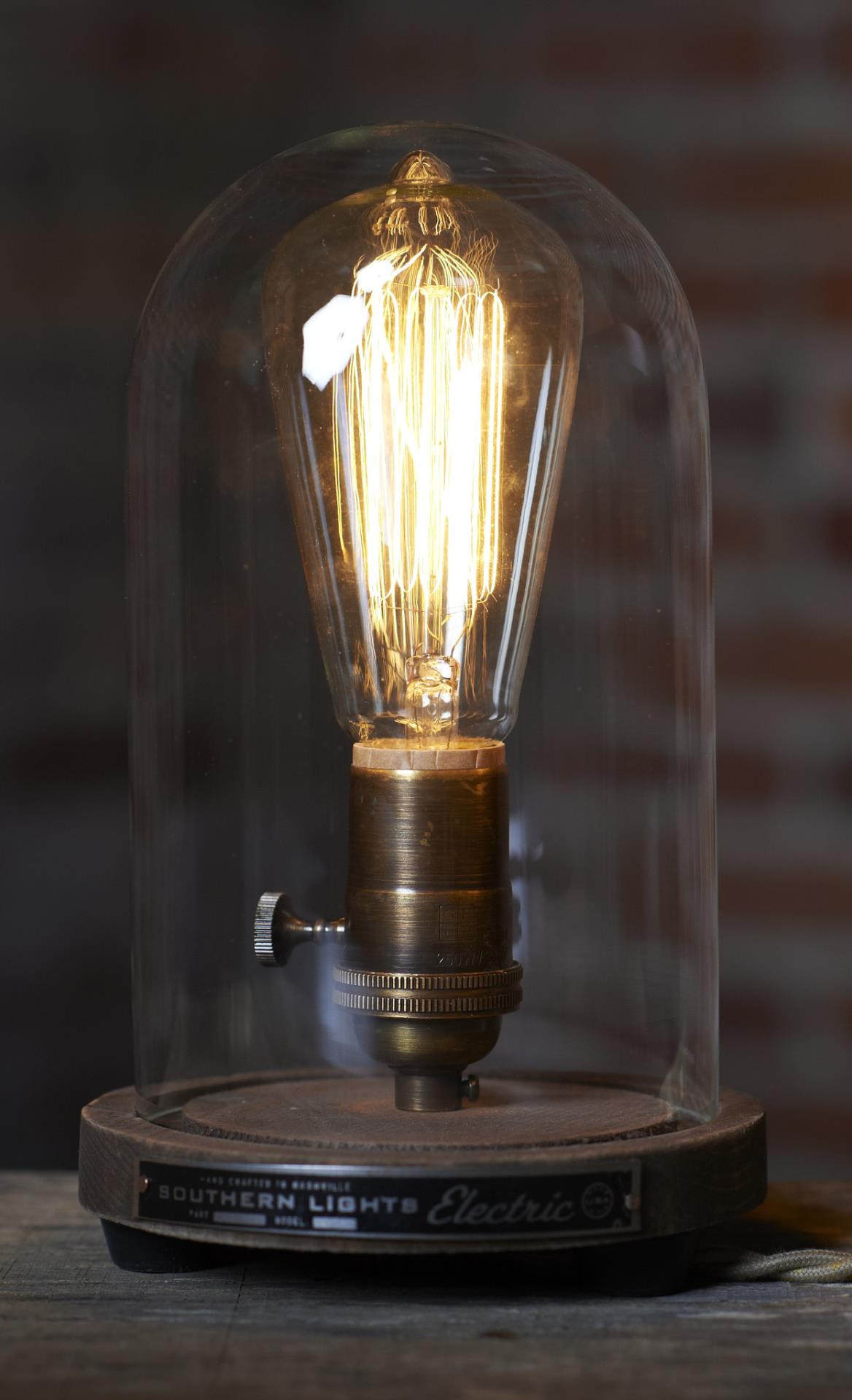 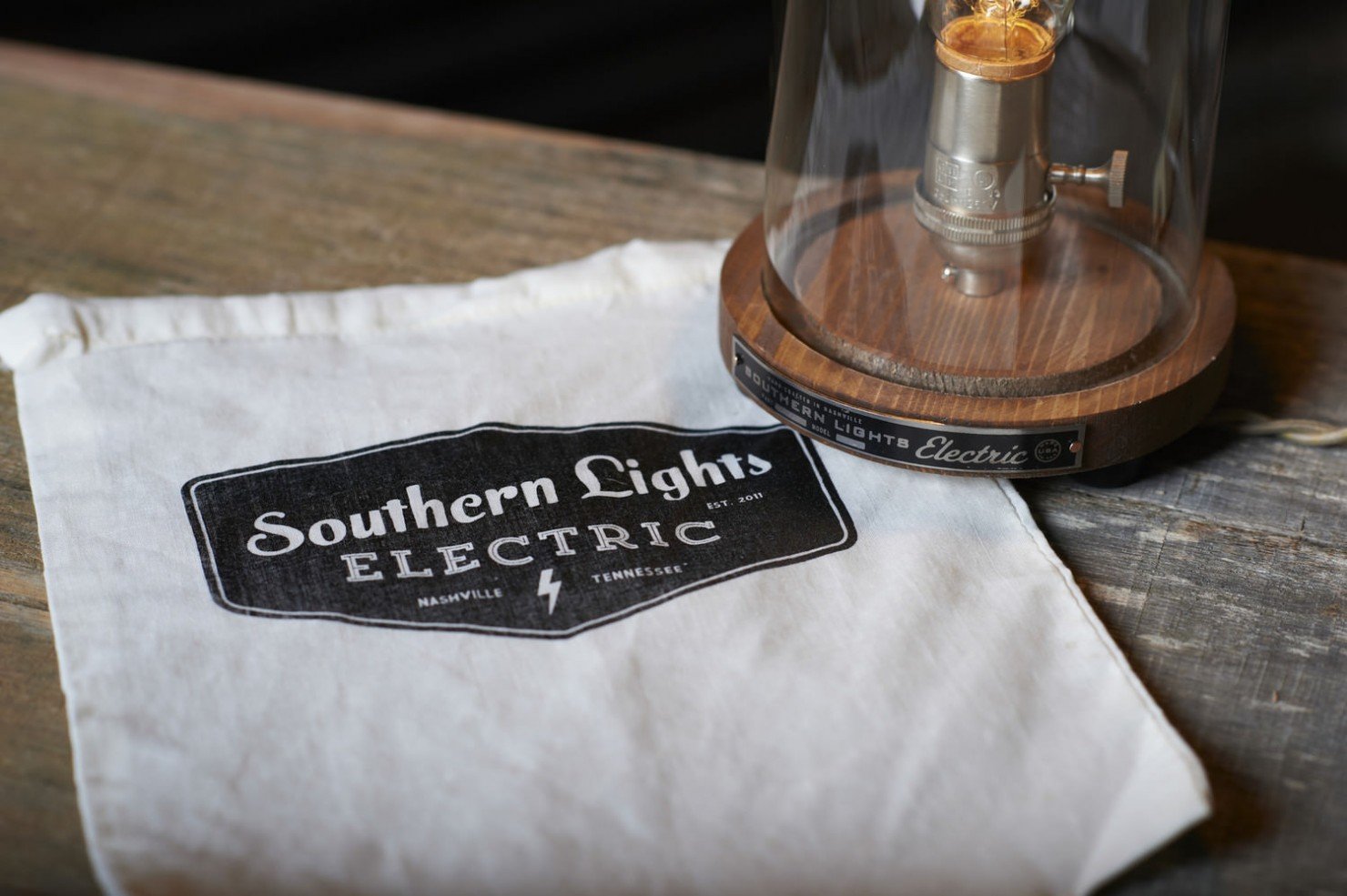 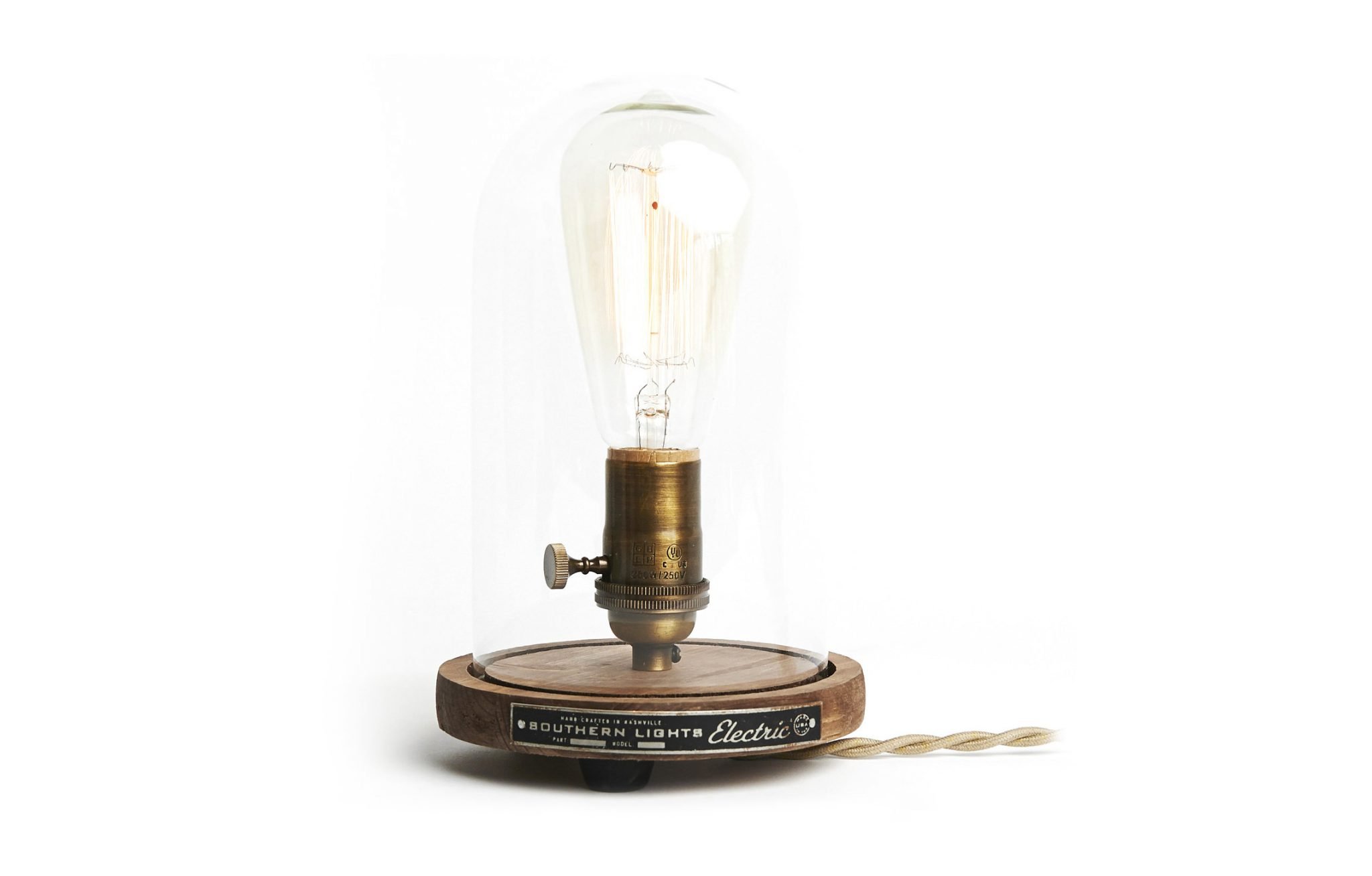