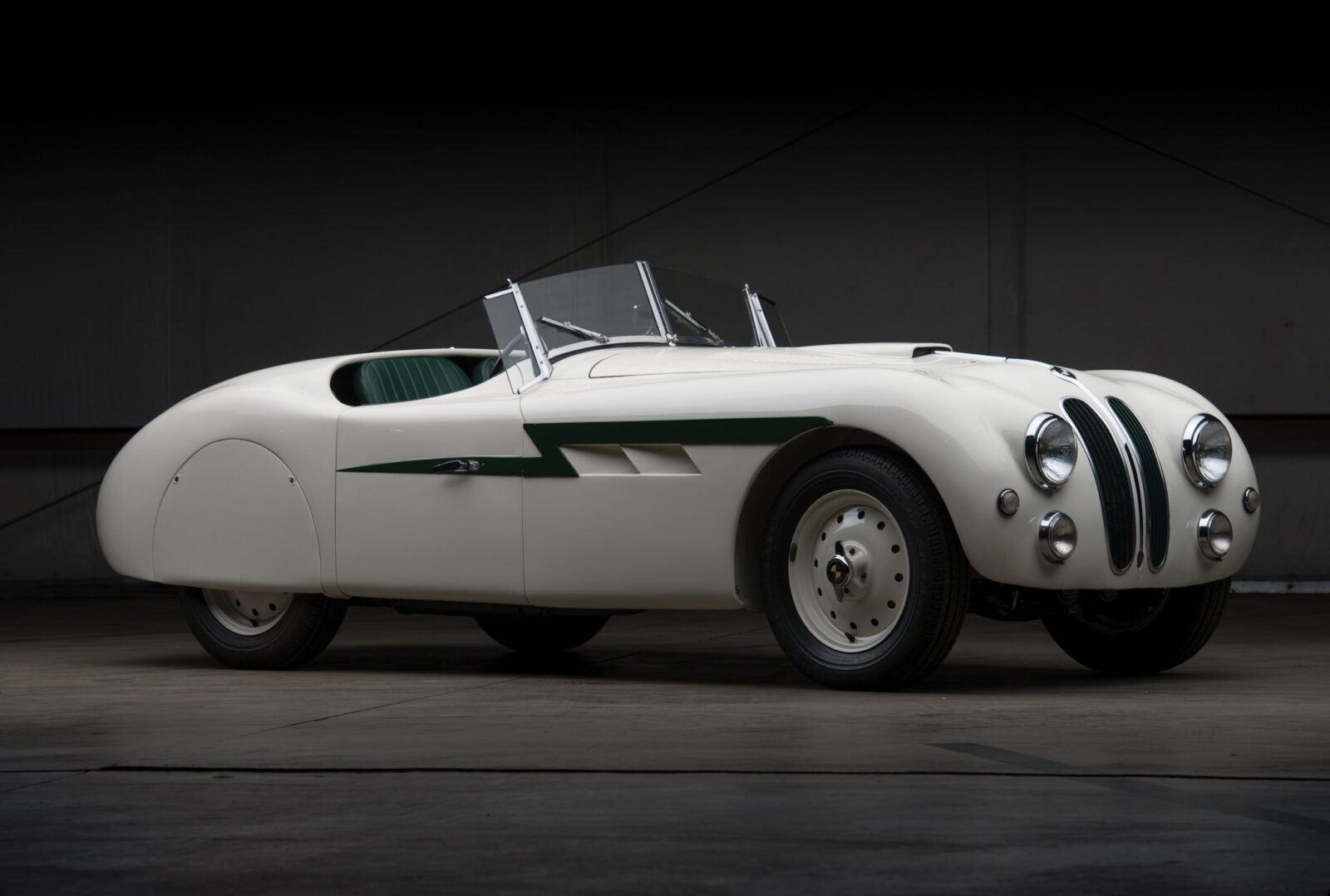 The 1939 Frazer Nash-BMW 328 you see here wasn’t actually completed until 1946 – it had been ordered as a rolling chassis by the British Frazer Nash company in 1939 but the outbreak of WWII had seen all 4 chassis impounded by British Customs and Excise until a year after the war ended.

A Brief History of the BMW 328

It’s difficult to overstate just how important the BMW 328 was in the 1930s, it’s a car that put BMW at the very top of the sports car scene in Europe in the mid to late 1930s, and its influence on sports car engineering and design continued well into the 1950s if not beyond.

The secret to the success of the 328 was down to two major factors – weight and power. The designers Rudolf Schleicher and Fritz Fiedler created a lightweight tubular frame with two longitudinal tubes that had an A-frame shape when viewed from above – the rear being wider than the front. This allowed the independent front suspension to be fitted, and accommodated the live axle leaf spring rear.

Schleicher and Fiedler developed a lightweight alloy body for the 328 with excellent aerodynamic characteristics for the era, made all the more impressive by the fact they didn’t have access to a wind tunnel. 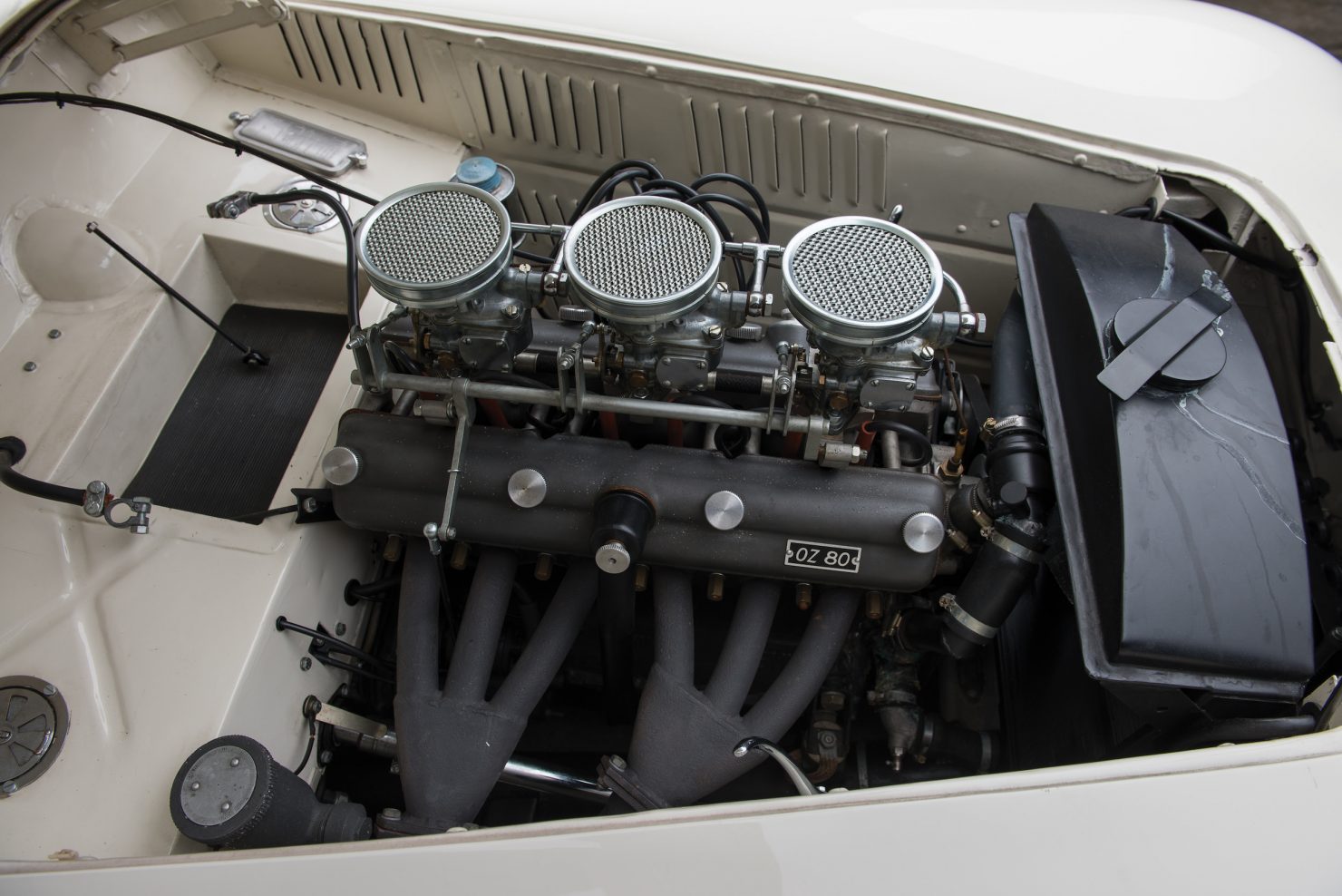 The engine used in the BMW 328 is famous for catching people out at car shows, it looks a lot like a twin cam straight 6, however its actually a pushrod unit with steeply angled valves and hemispherical combustion chambers.

A set of triple Solex 30 JF downdraft carburetors were installed between the valve covers and the exhaust exits out the right side into twin sets of 3-into-1 headers. Power wasn’t outrageous but 80 hp from 2 liters was a solid output for the era – and the car only weighed 780 kilograms (1719 lbs) in race trim or 830 kilograms (1829 lbs) in road trim.

The BMW 328 in Motorsport

The first BMW 328 raced at the 1936 Eifelrennen race at the Nürburgring, Ernst Henne drove it to a popular win in the 2 liter class – but this was just the beginning. 328s took over 100 wins in 1937 including victories at the La Turbie hillclimb, the RAC Tourist Trophy, and the Österreichische Alpenfahrt.

By 1938 the 328 was taking on all comers, with class wins at the 24 Hours of Le Mans, the RAC Tourist Trophy, the Alpine Rally, and the Mille Miglia. It won the RAC Rally again in 1939 as well as another class win at the 1939 24 Hours of Le Mans but by this time the cloud of war was beginning to settle over Europe, and motor racing took a back seat to the war effort. This wasn’t the end of the road for the 328 however, and its final top tier race win would be in the hands of Frank Pratt in the 1948 Australian Grand Prix. 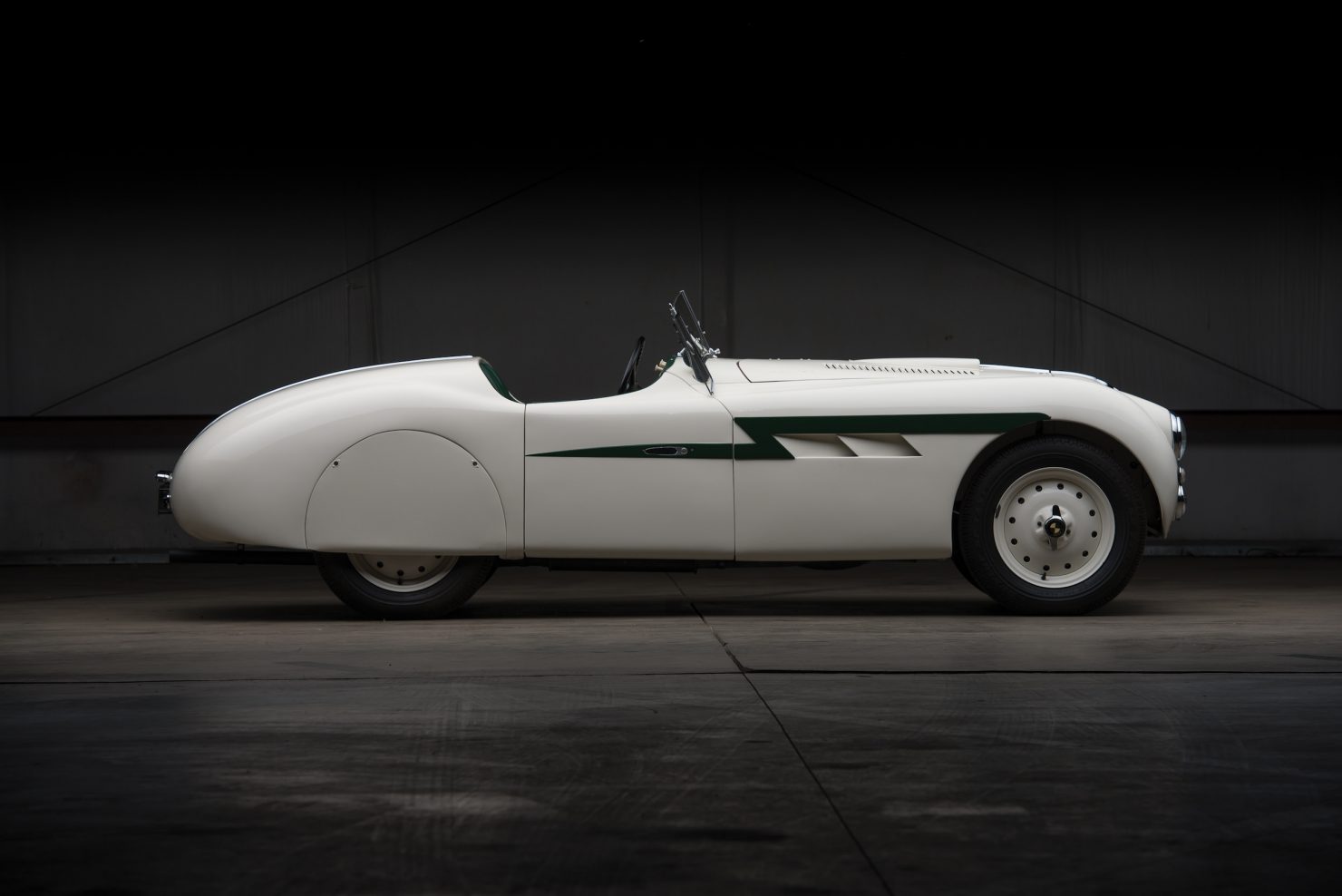 Just 4 examples of the Frazer Nash-BMW 328 were built, all of which were ordered as rolling chassis from BMW and bodied in the United Kingdom. The car you see here was built for popular racing driver and WWII Spitfire pilot Dickie Stoop in the post-war period, the body was designed for him specifically, and many aeronautical elements were worked into the design including aircraft-type bonnet clips, flush-capped fuel filler, and an exceptionally aerodynamic envelope body.

Dickie partnered with his friend Peter Wilson for an attempt on the 1949 Spa 24-Hour race held at Spa-Francorchamps, the men took 6th in class and 12th overall. He would later the trade the car in for a Frazer Nash Mille Miglia, and the Frazer Nash-BMW 328 would all but disappear from public view from 1952 till 1988 when it resurfaced for sale and was bought by the Swiss Rosso Bianco Collection.

Whilst in the care of the Collection, where it underwent a thorough restoration, and it was displayed more recently at the prestigious 2015 Amelia Island Concours d’Elegance.

Due to the car’s rarity, its Dickie Stoop pedigree, and with its 328 DNA, it would be more than welcome at almost any top tier show, hill climb, or race. It’s due to roll across the auction block with RM Sotheby’s in Monterey on the 18th and 19th of August, if you’d like to read more or register to bid you can click here to visit the listing. 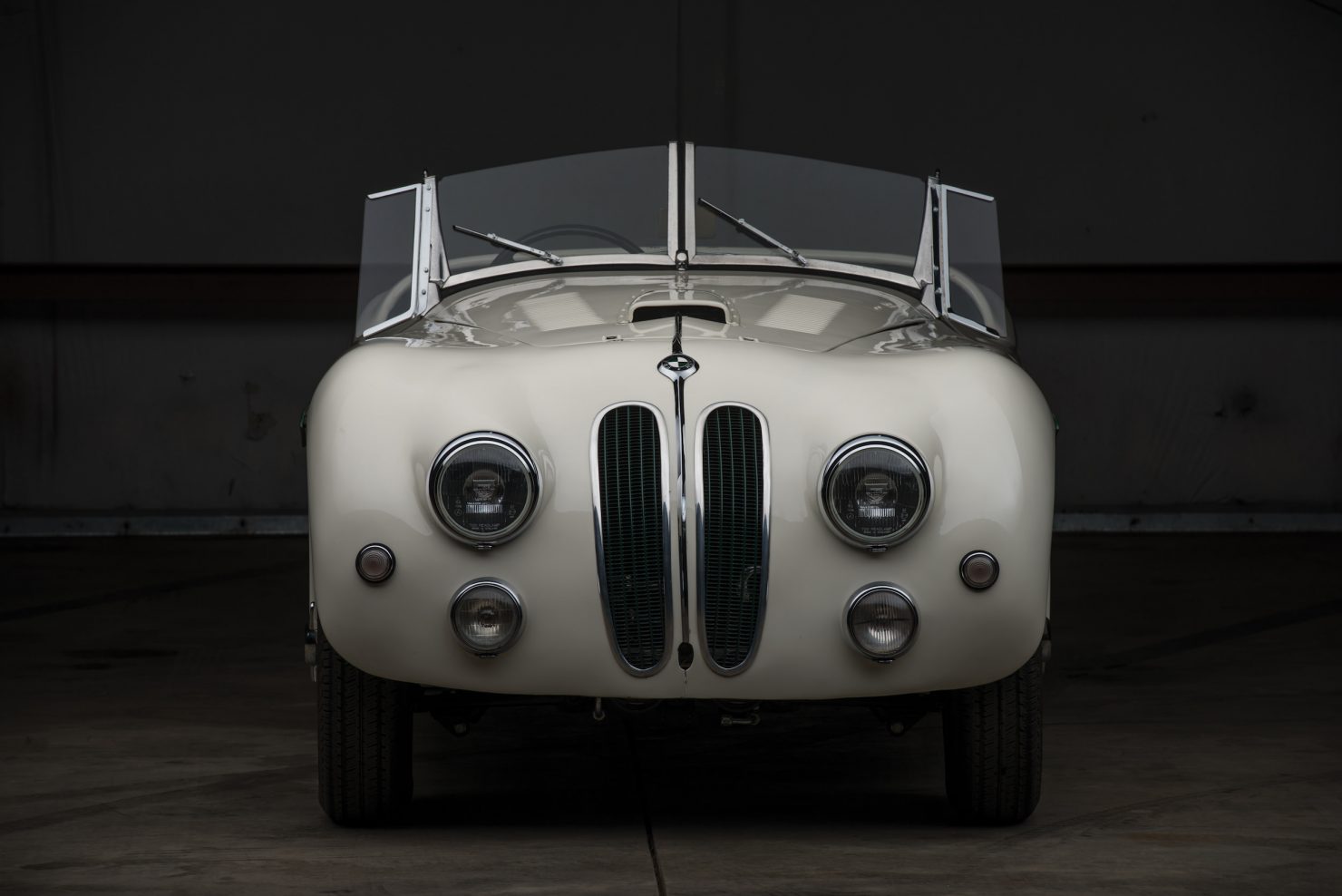 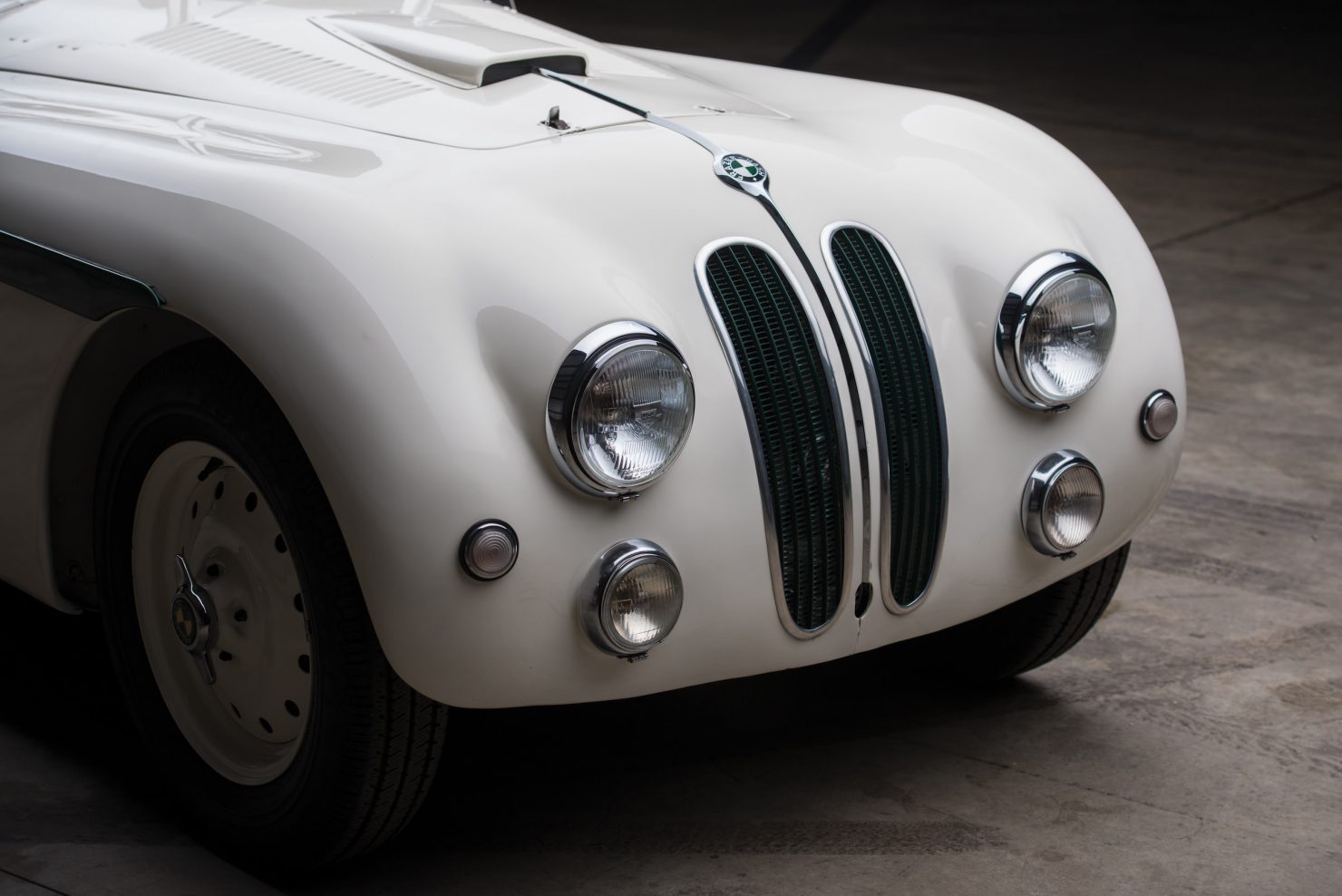 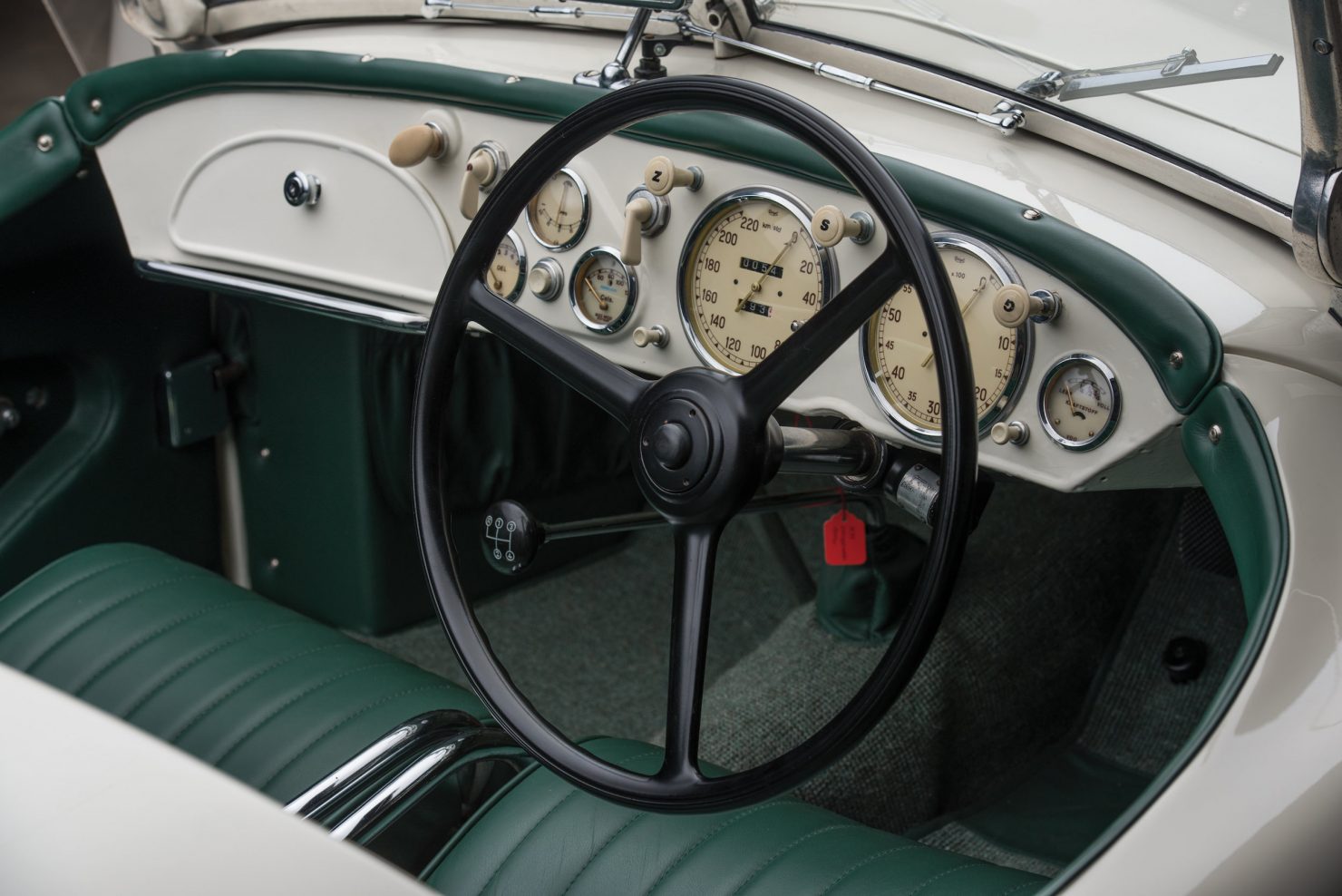 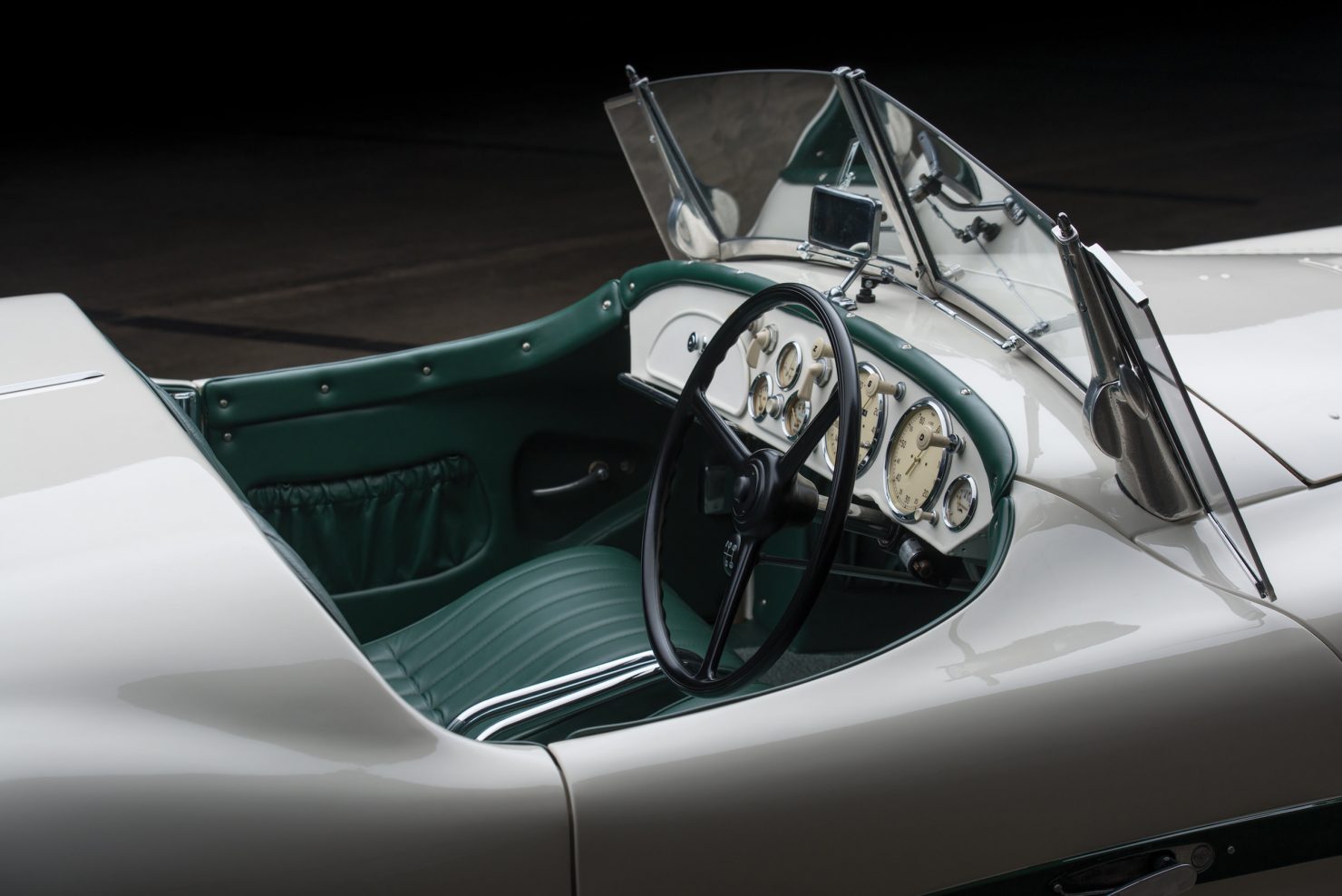 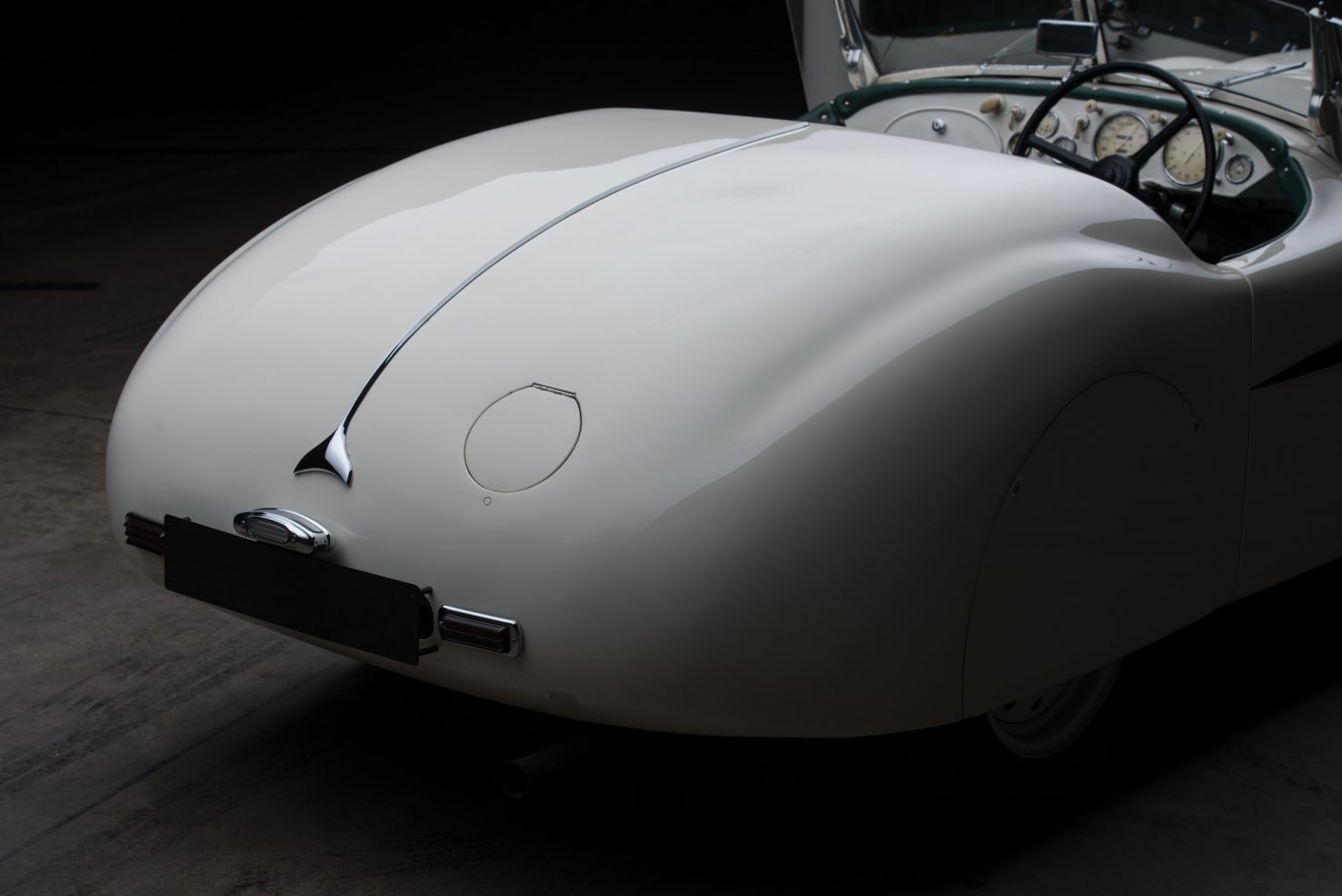 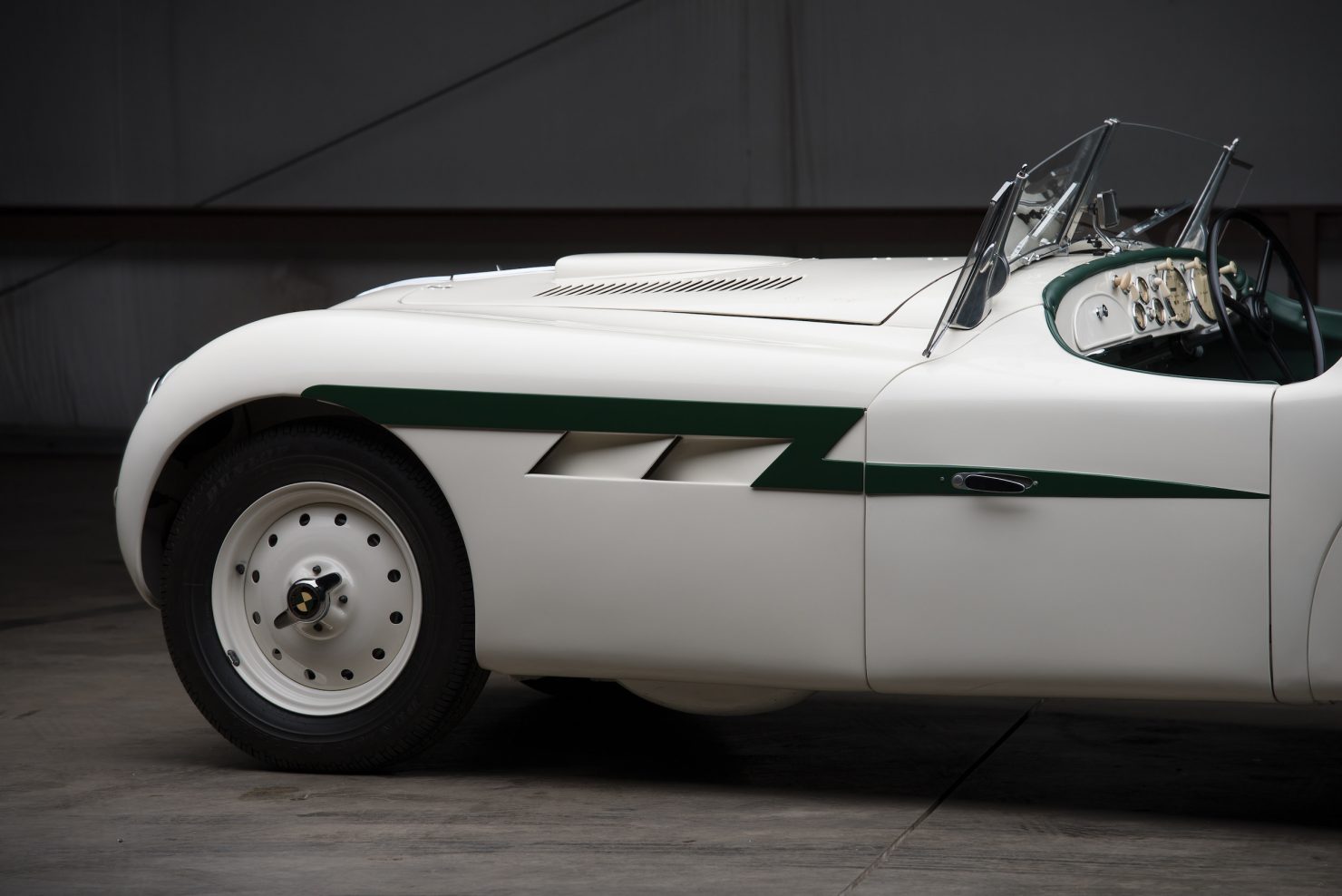 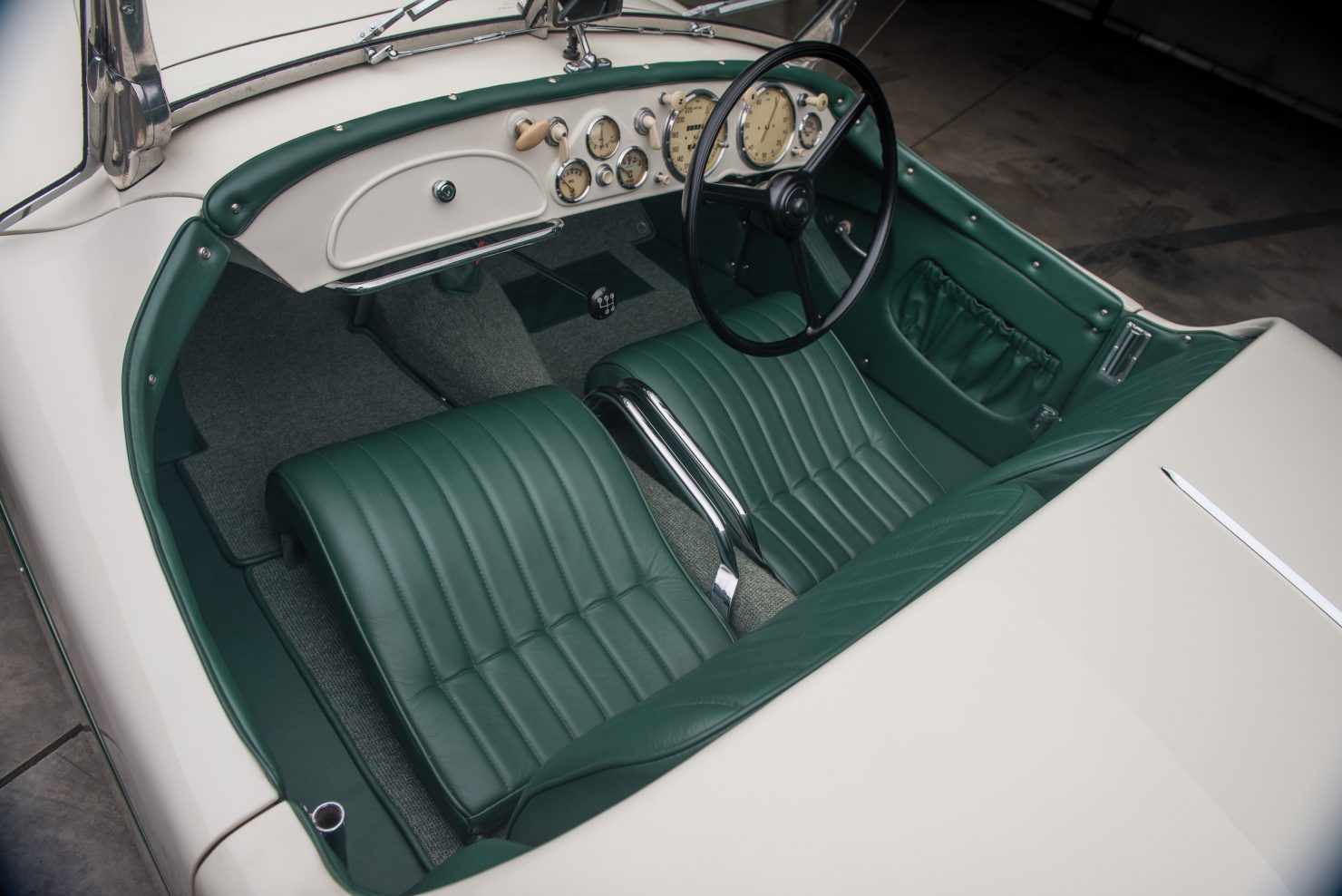 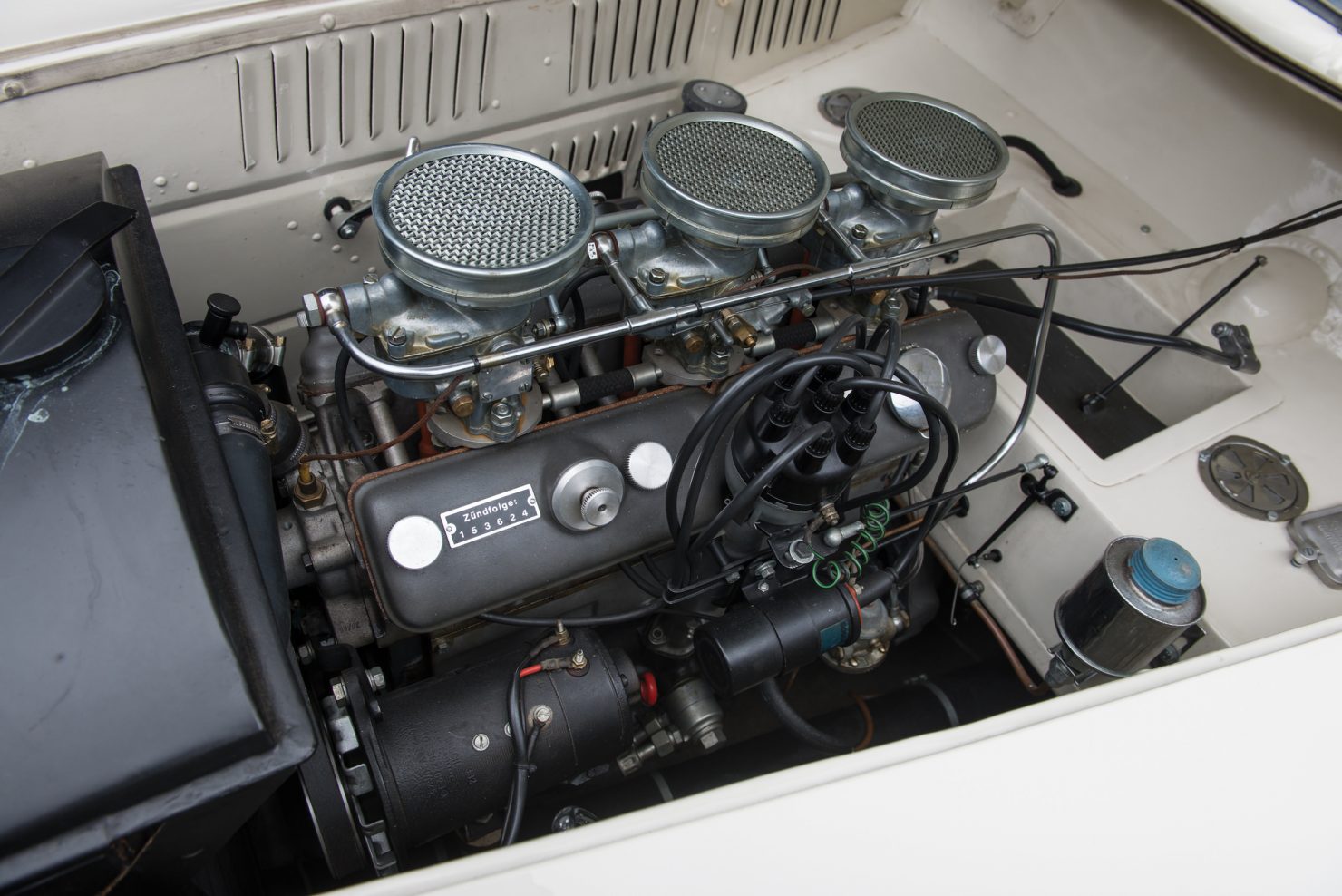 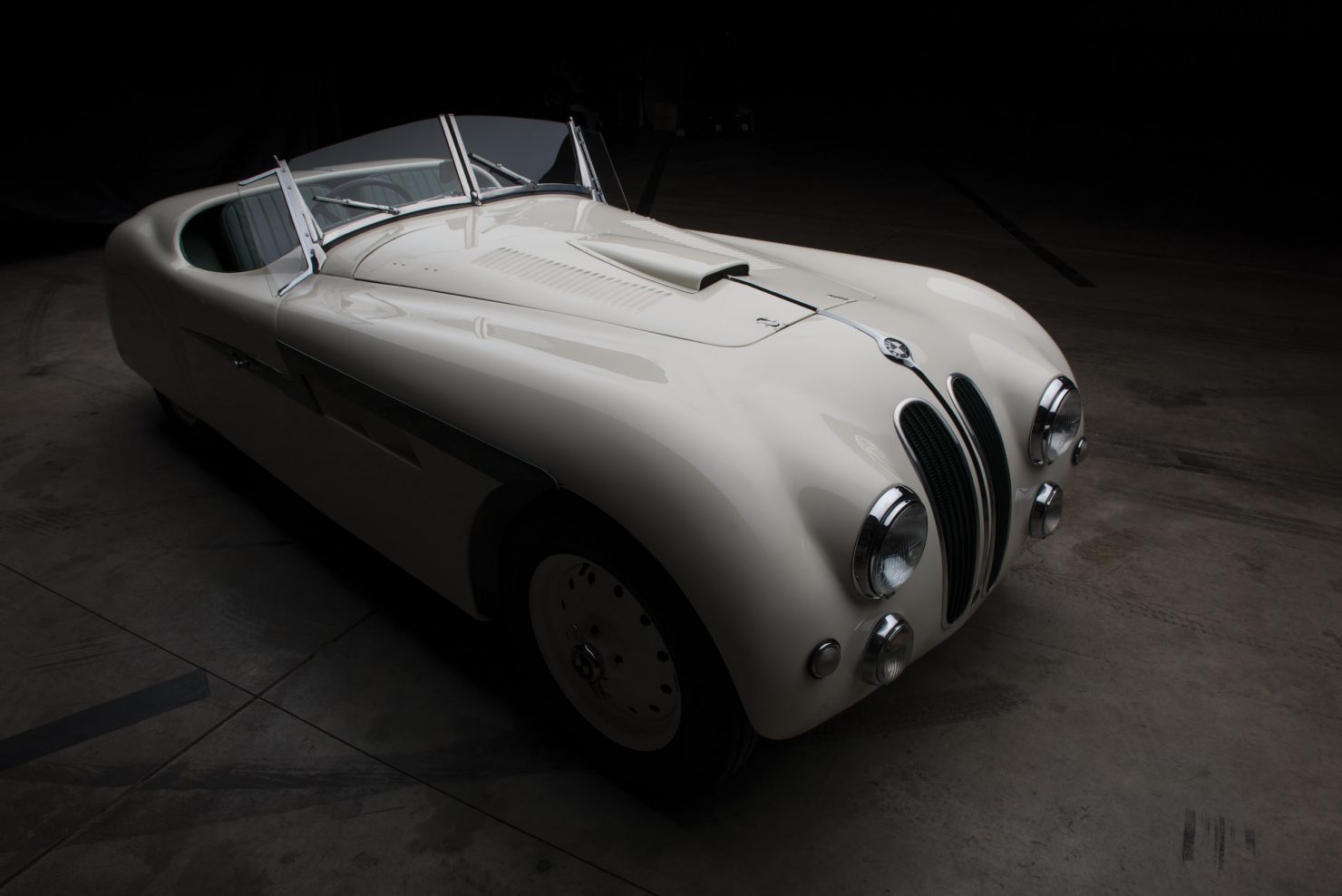 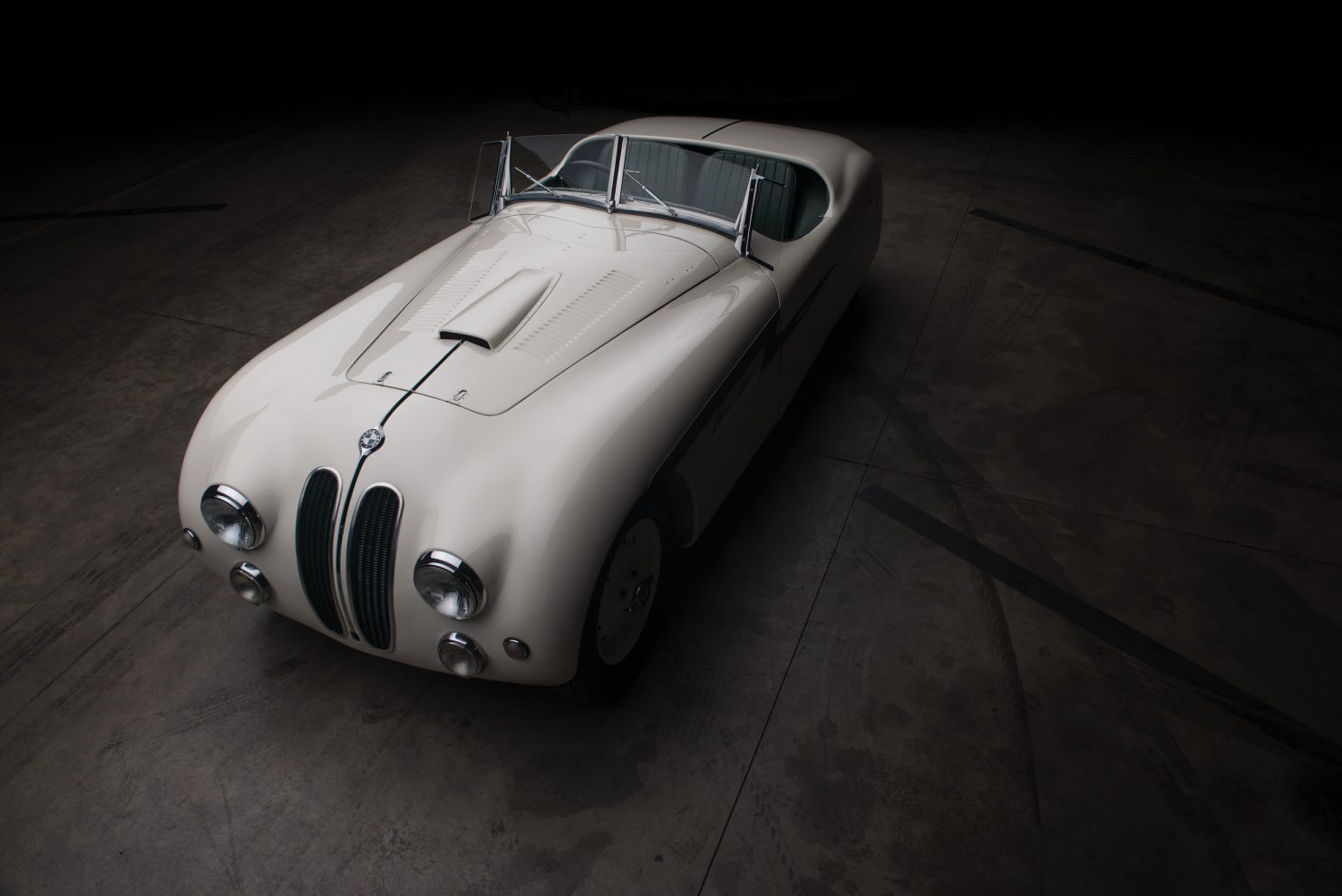 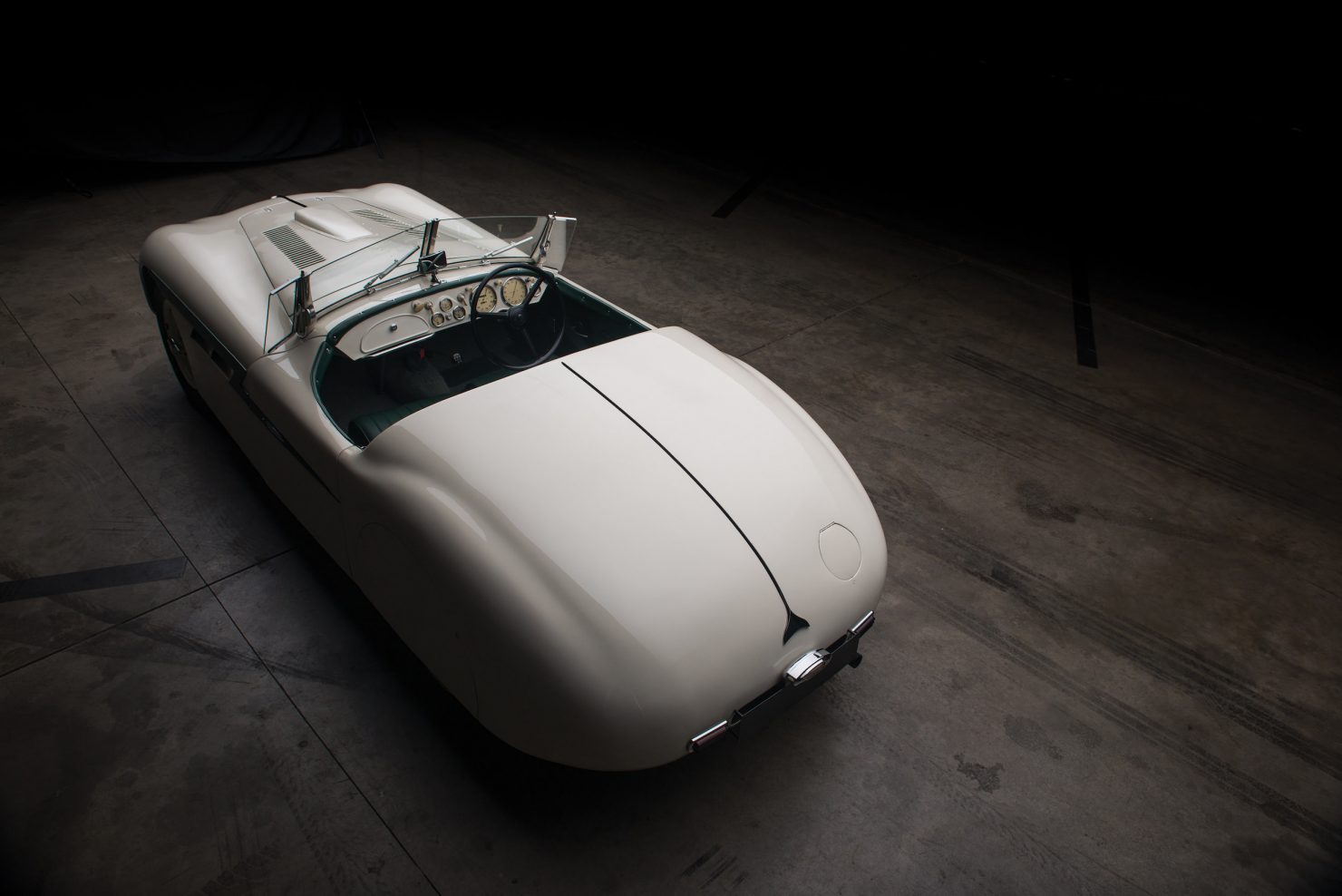 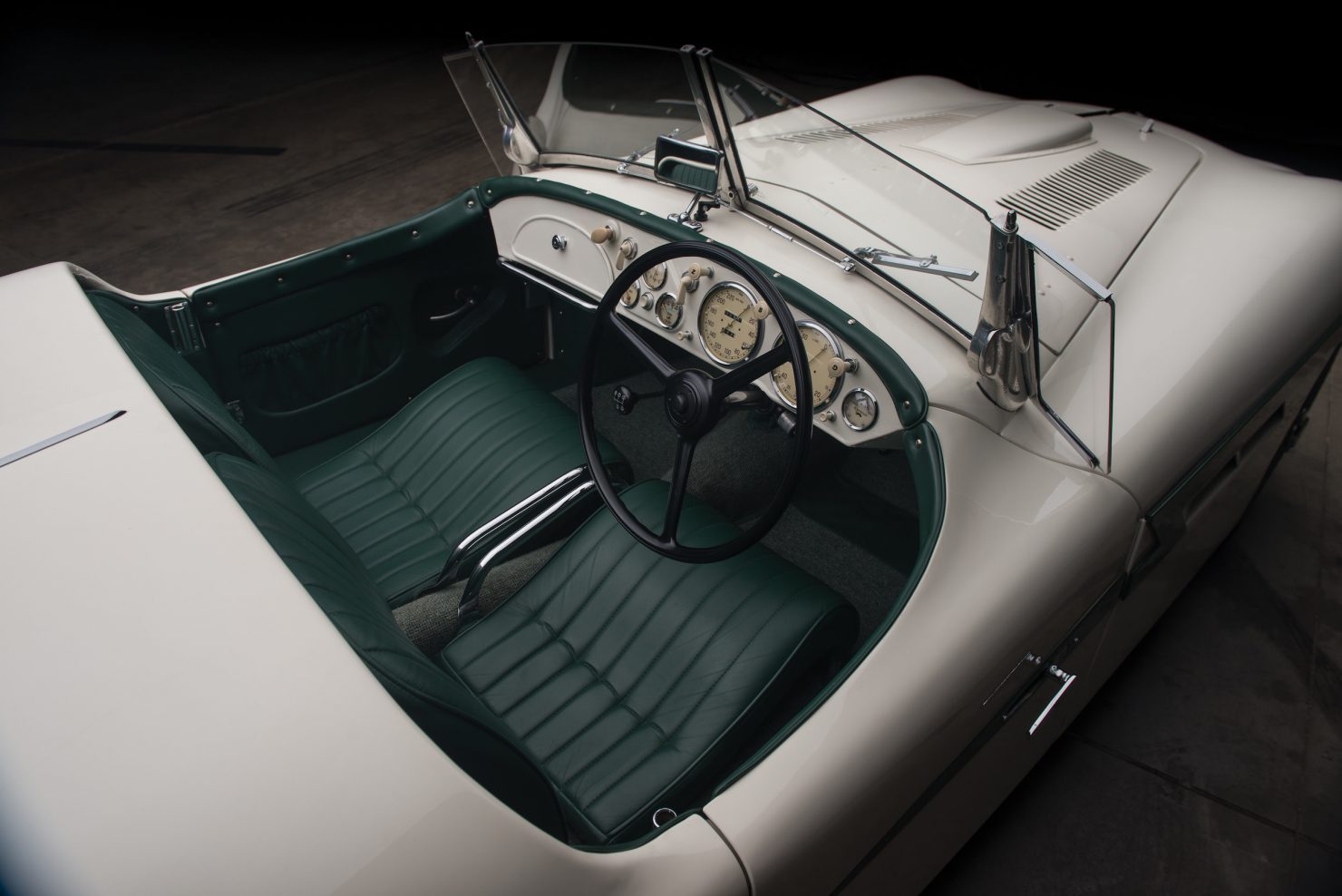 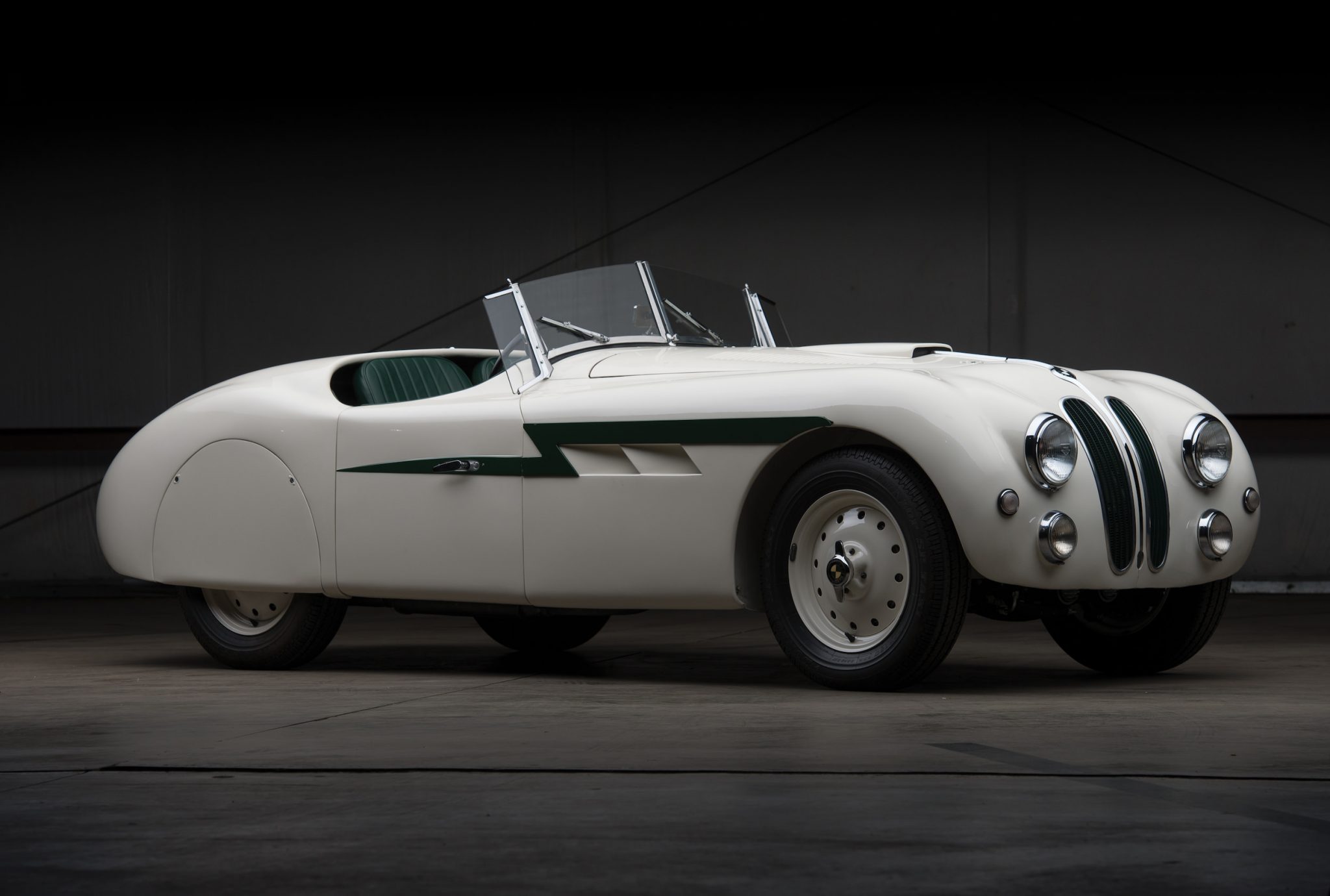