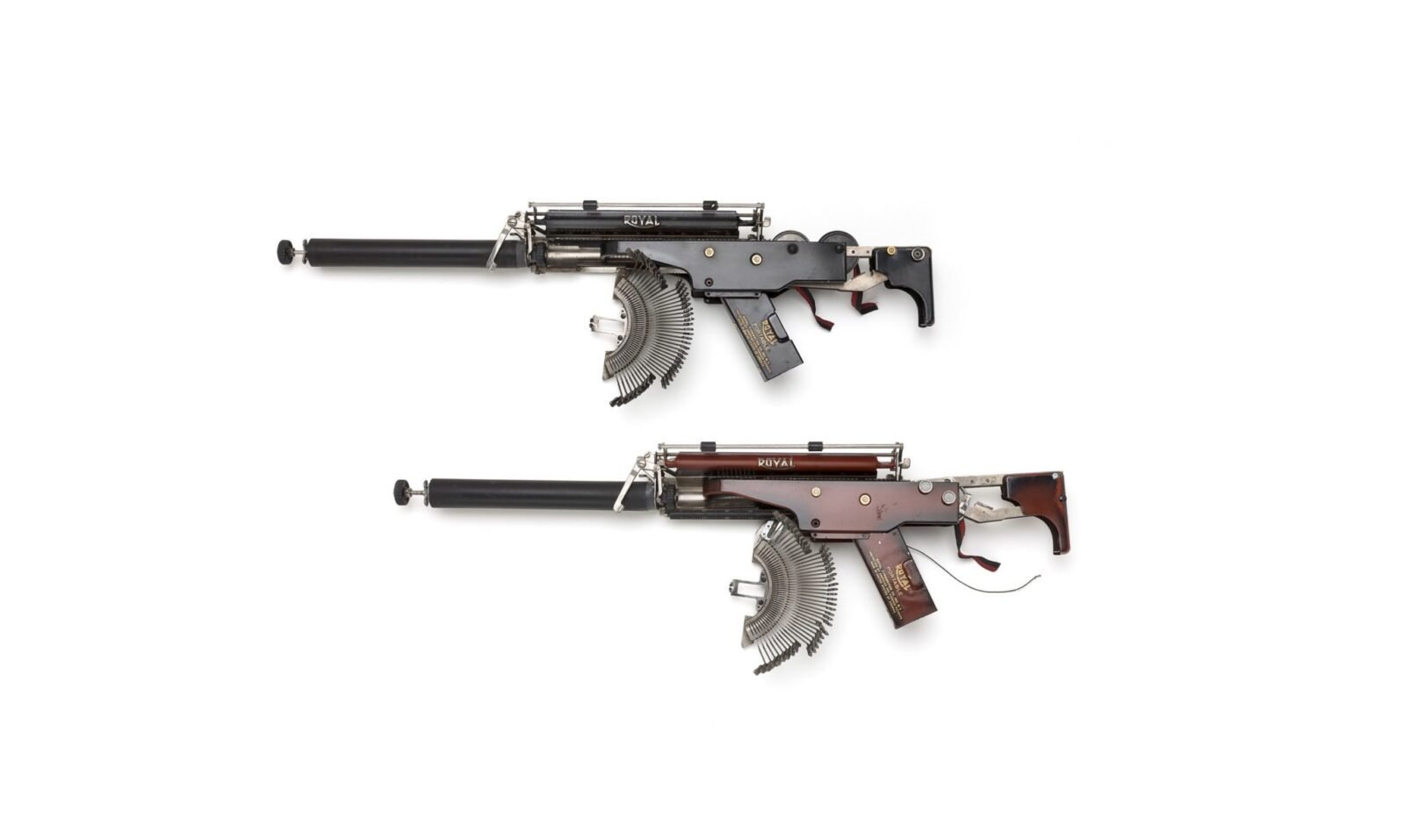 This series of Typewriter Guns by Canadian artist Éric Nado immediately bring the phrase “The pen is mightier than the sword” to mind, particularly as they were the preferred writing method of the 20th century.

Each of these (obviously non-functional) weapons is made from a single vintage typewriter that has been disassembled and rebuilt into a shape reminiscent of an assault rifle. They’re all unique and Éric spends a significant amount of time on each one – so they don’t come cheap, but they’re fantastic conversation starters and excellent examples of modern sculpture.

The material world was built, first and foremost: one of the roles art can take is of reinterpreting its forms and functions. Through sculpture-assemblage, Éric Nado transforms and reorganizes certain objects to reveal other possibilities through their forms or intended functions. Using iconic metal objects such as typewriters and sewing machines, Nado materializes concepts such as labor and memory. Filled with nostalgia, the objects transformed into sculptures tell compelling stories. 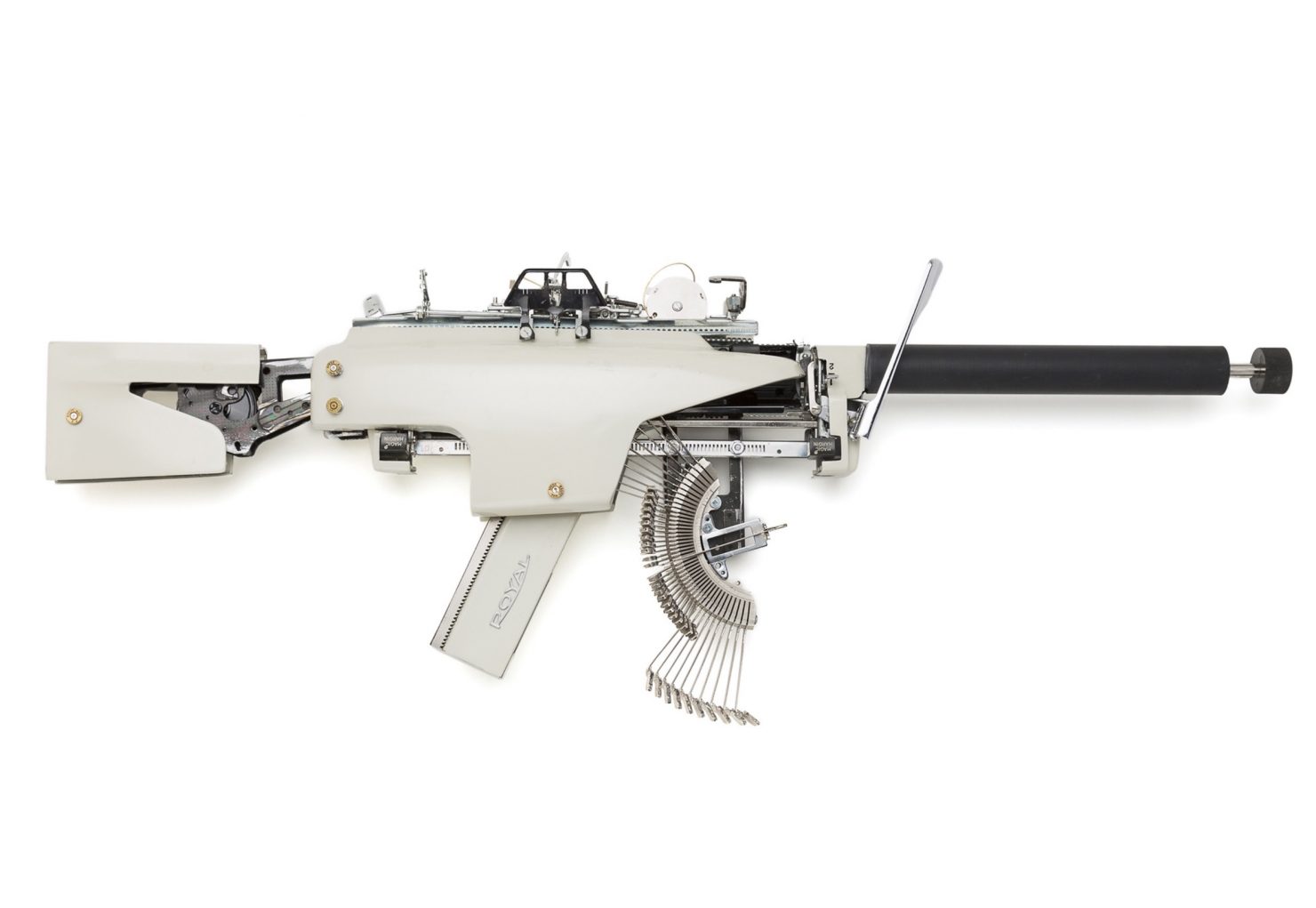 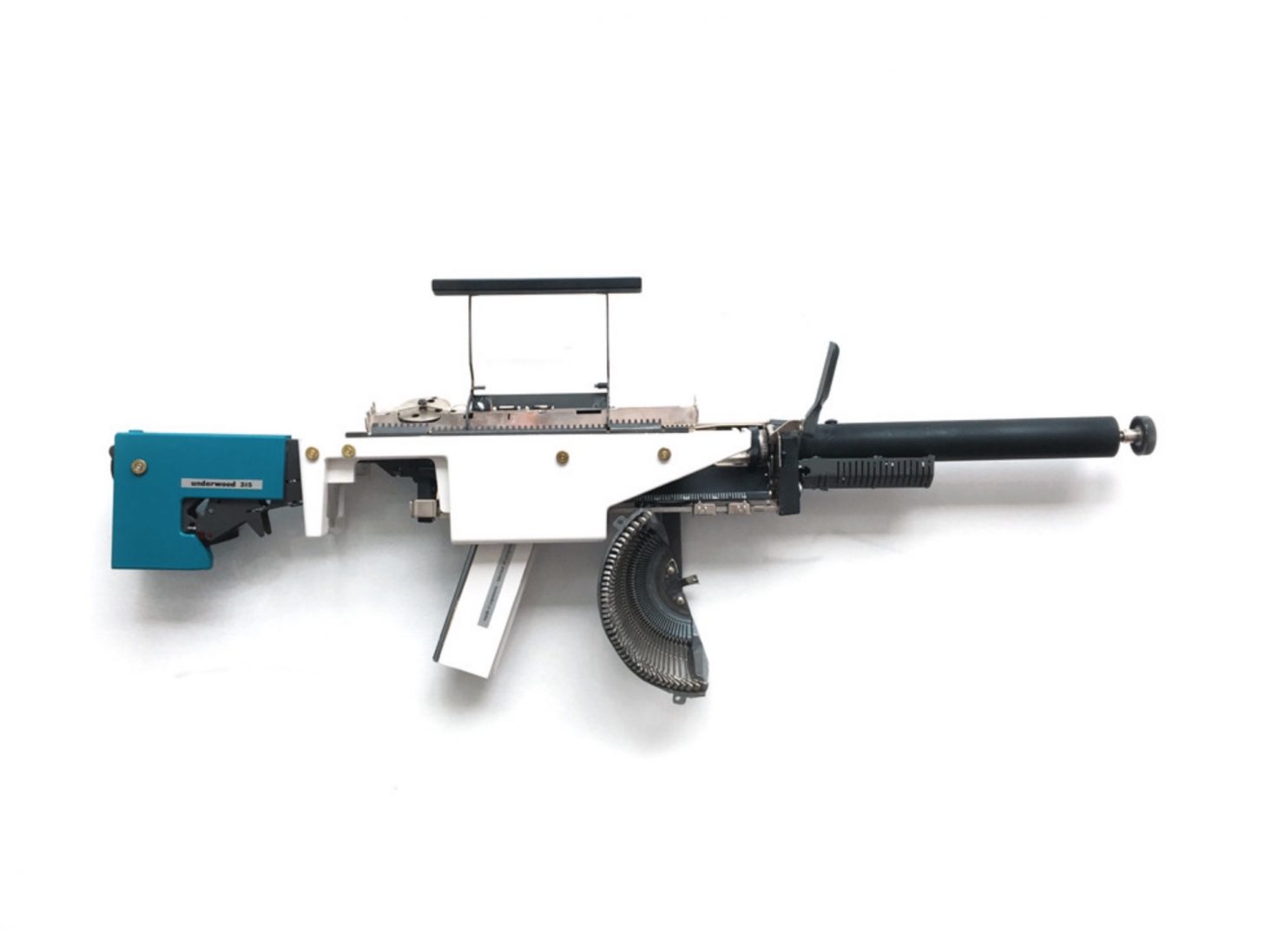 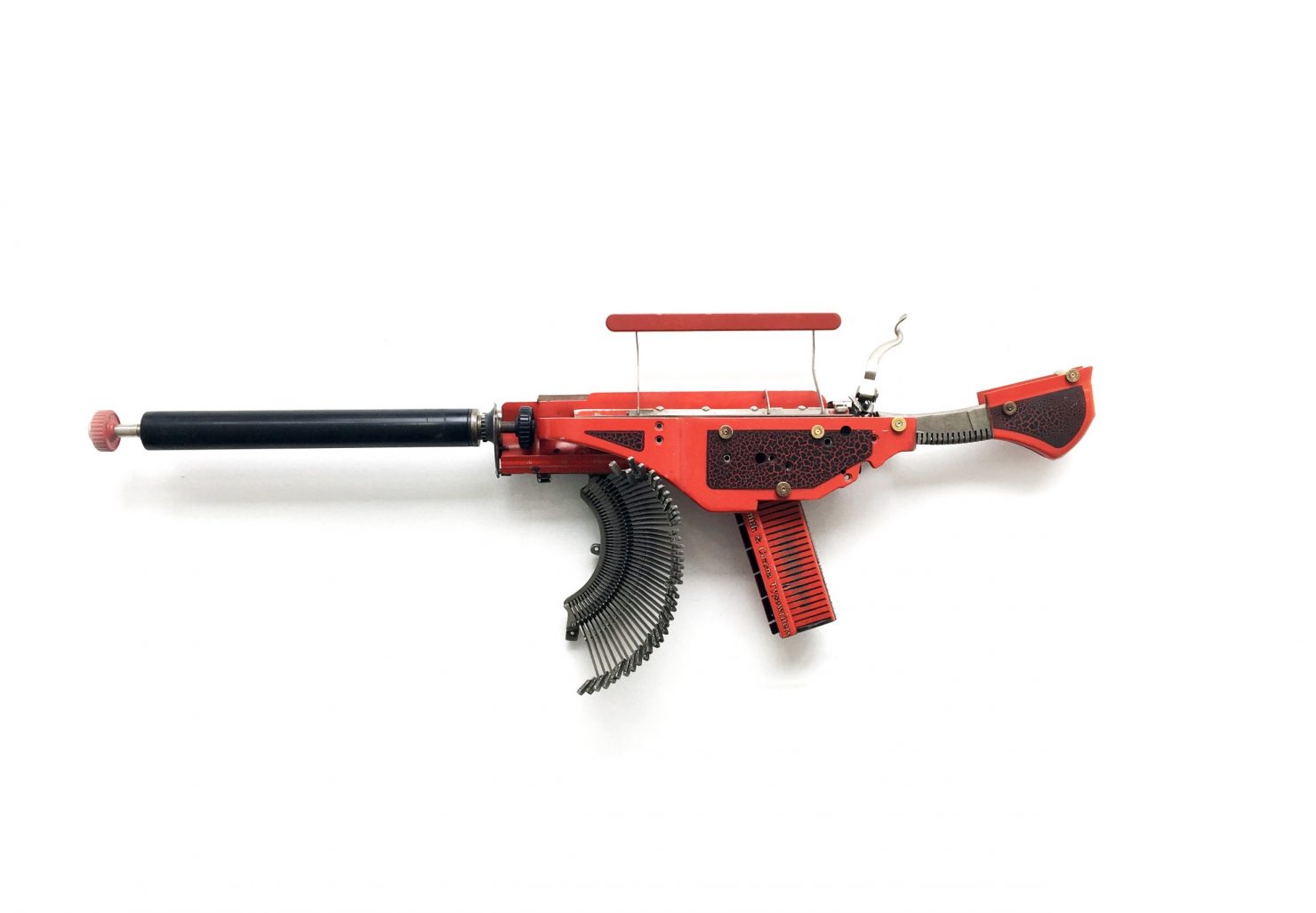 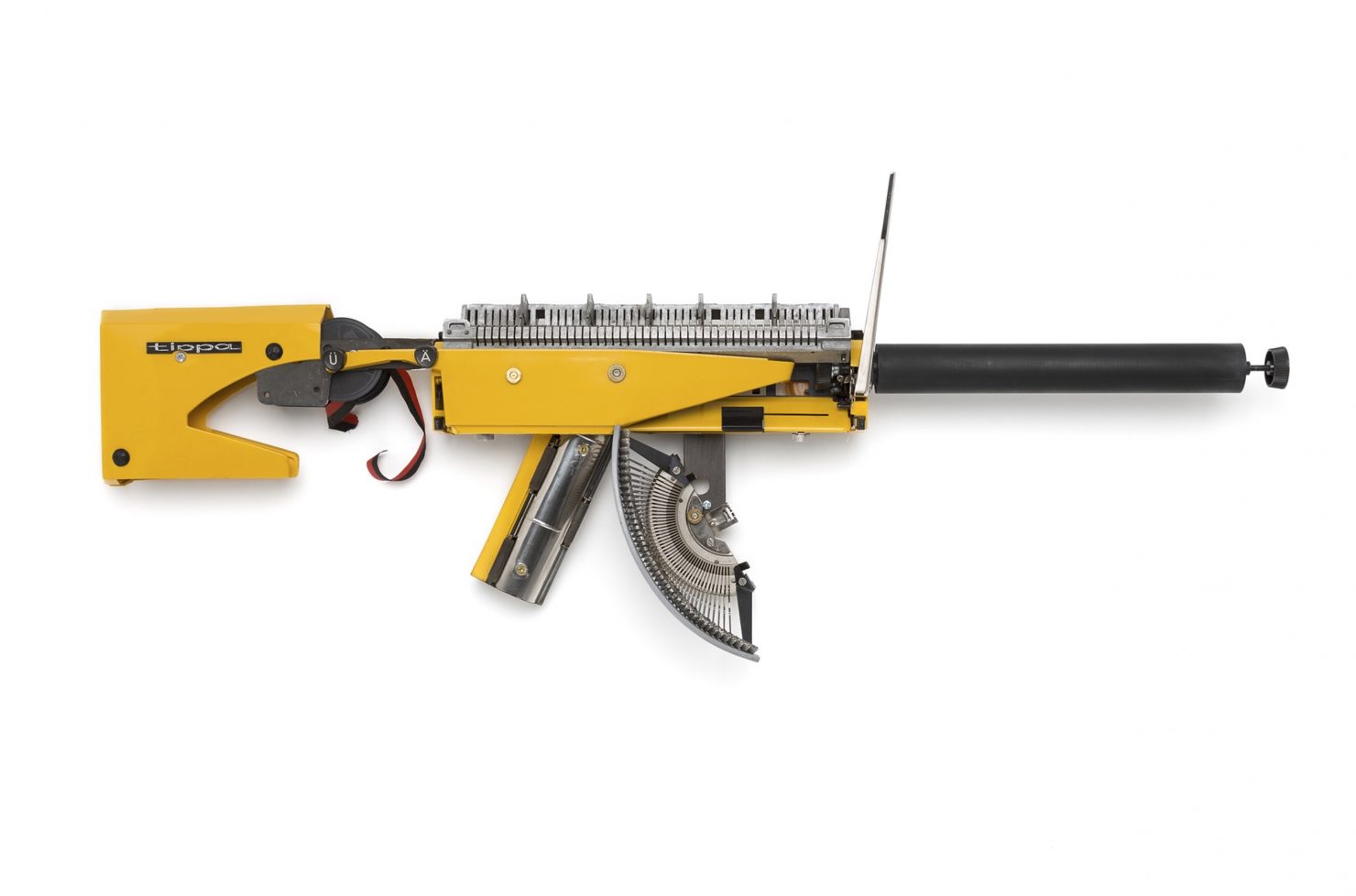 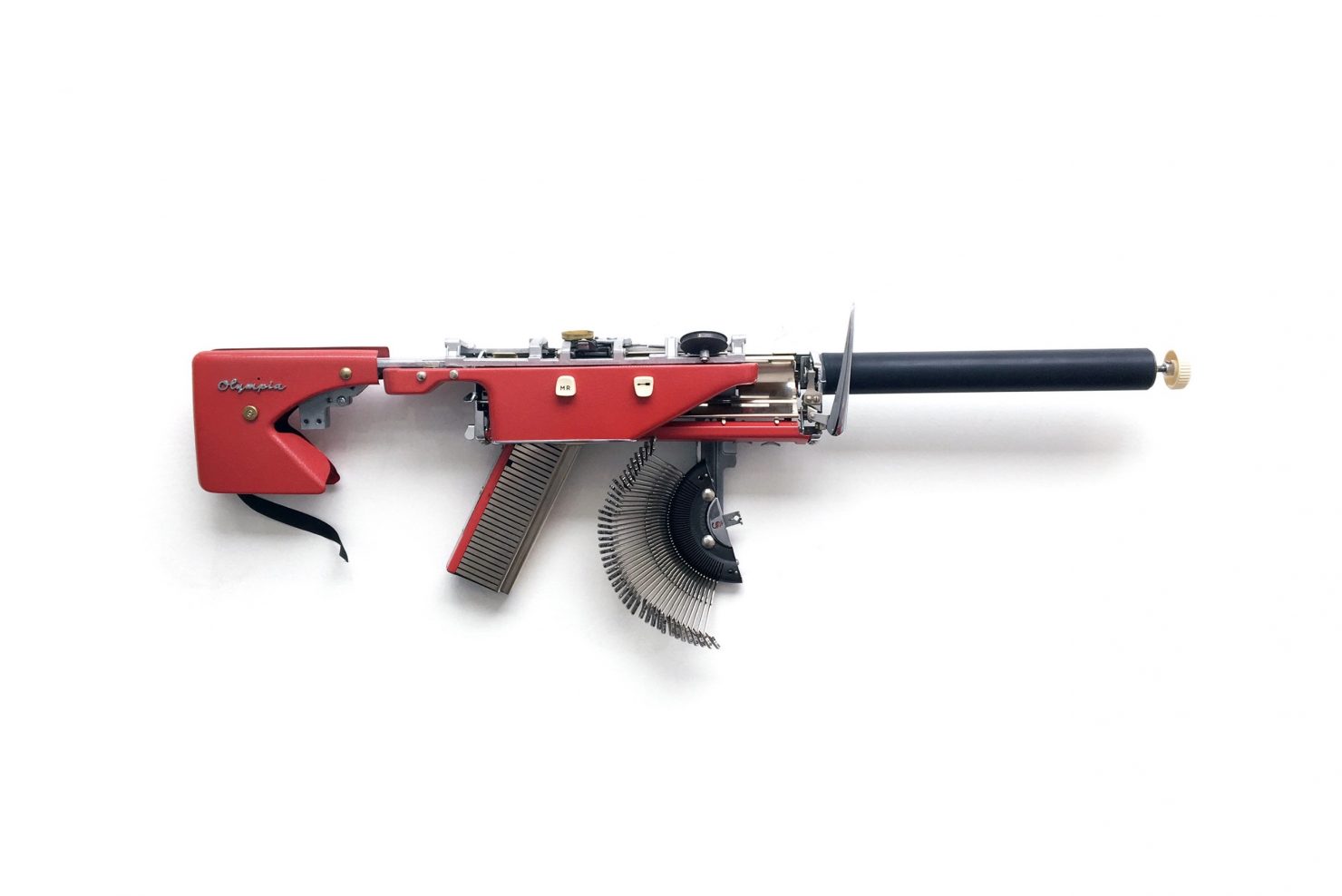 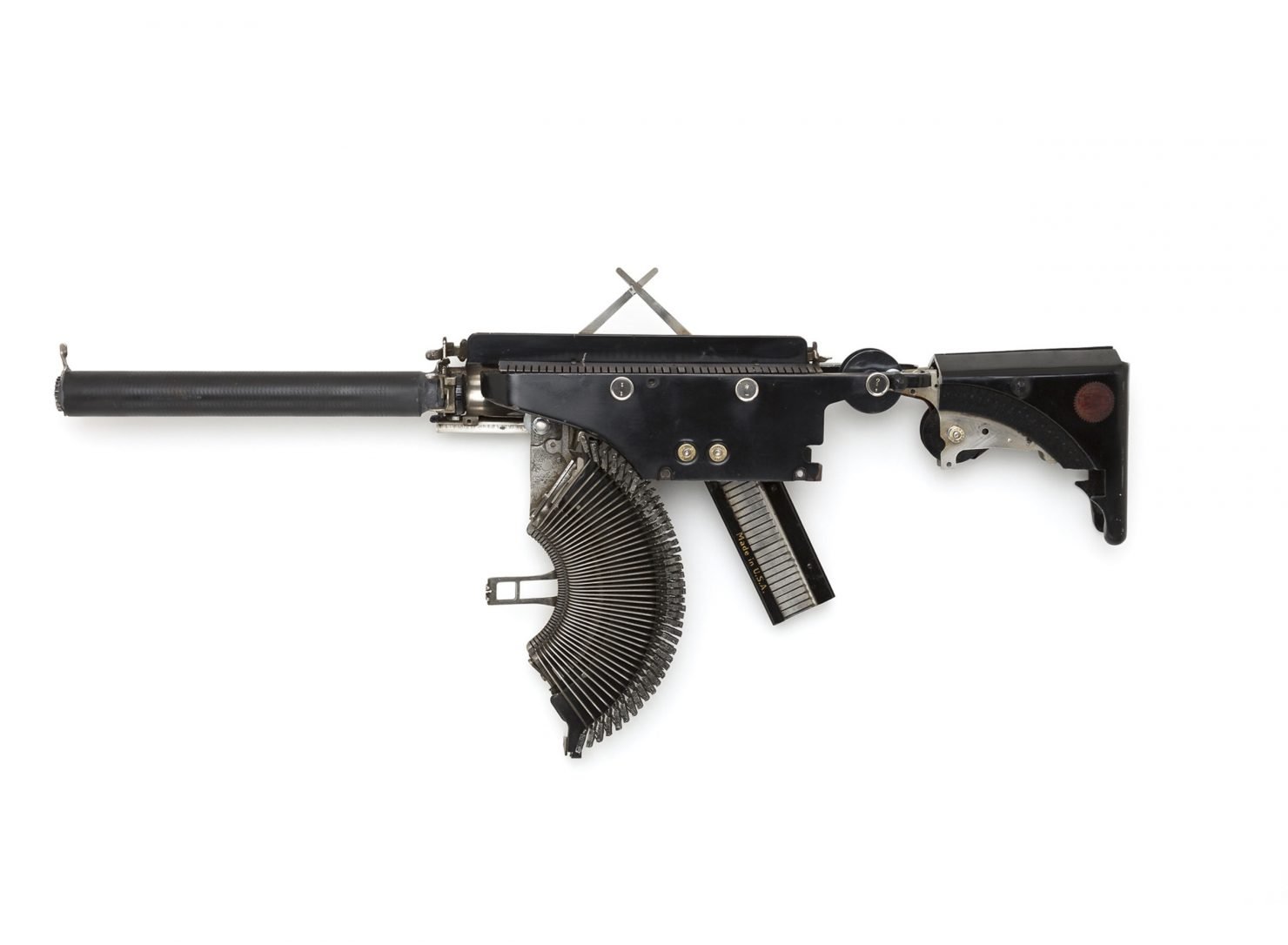 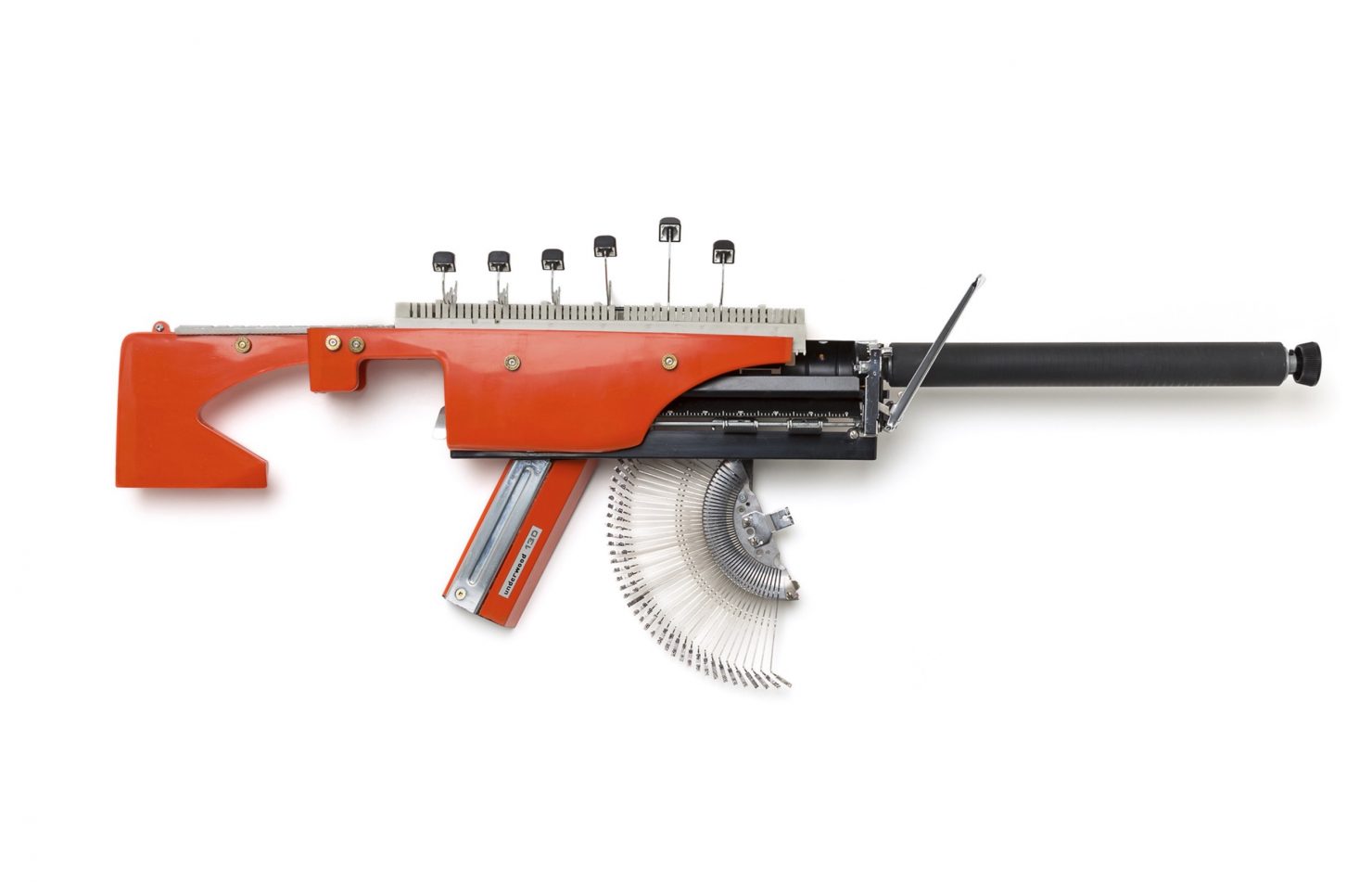 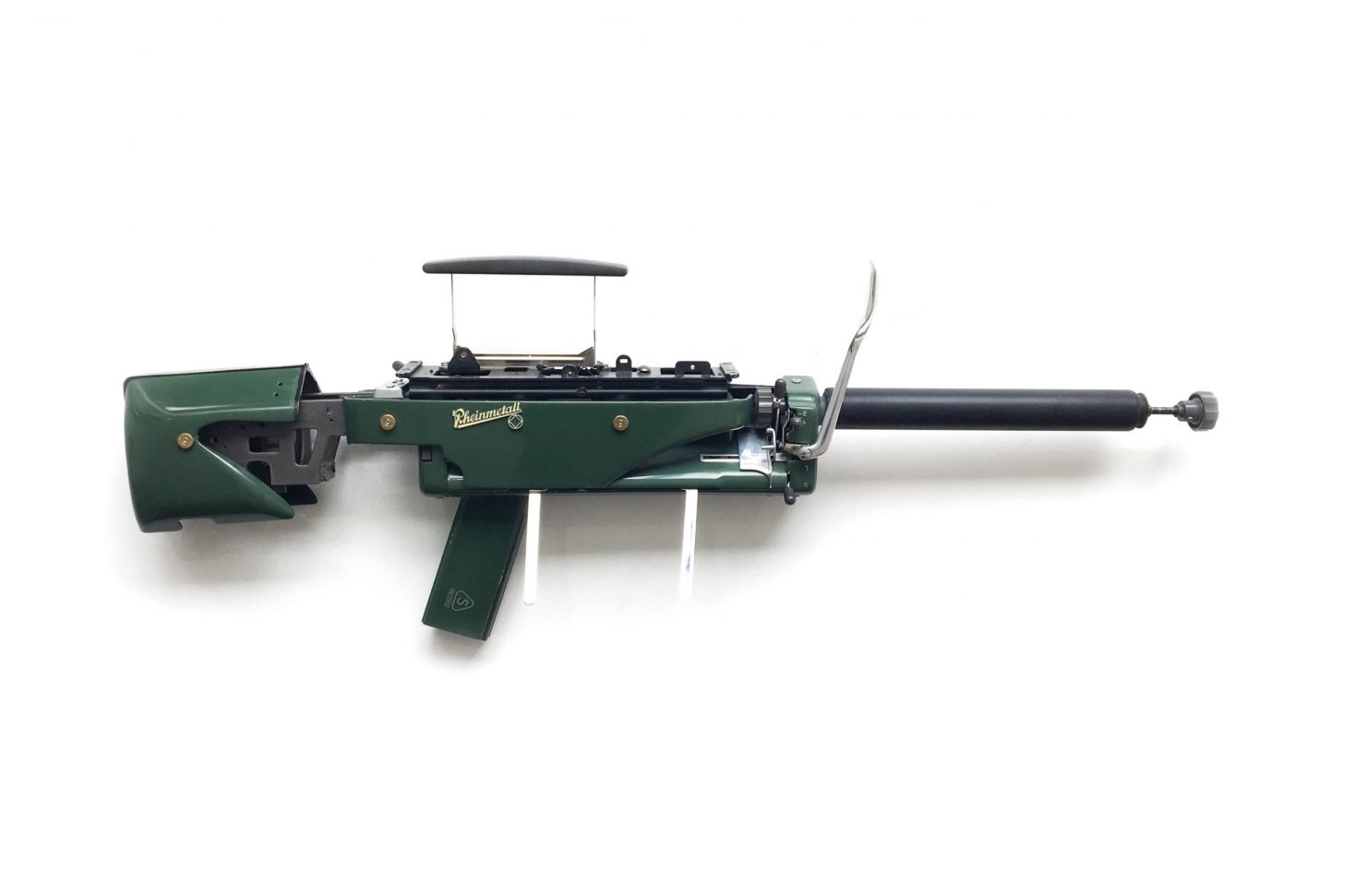 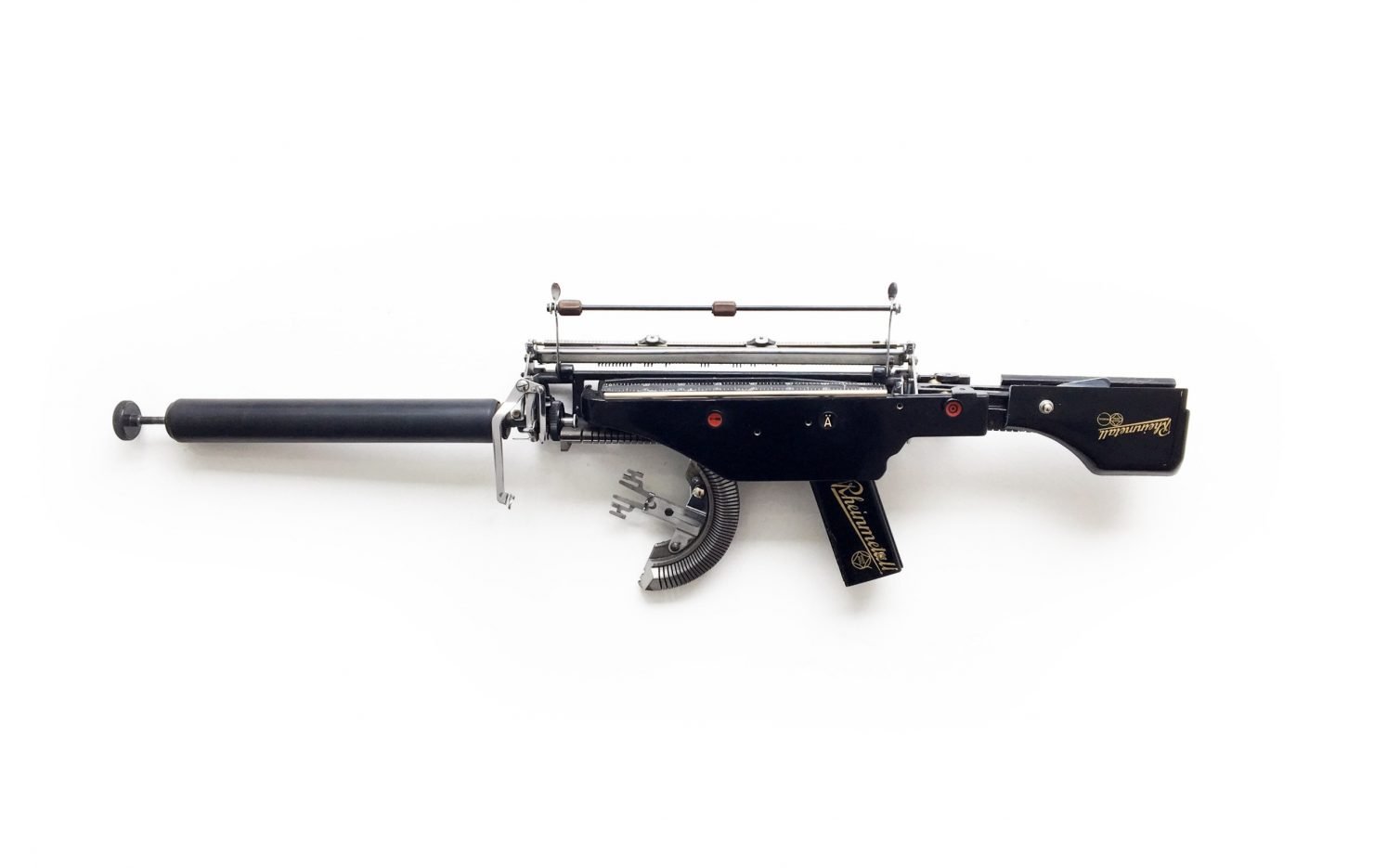 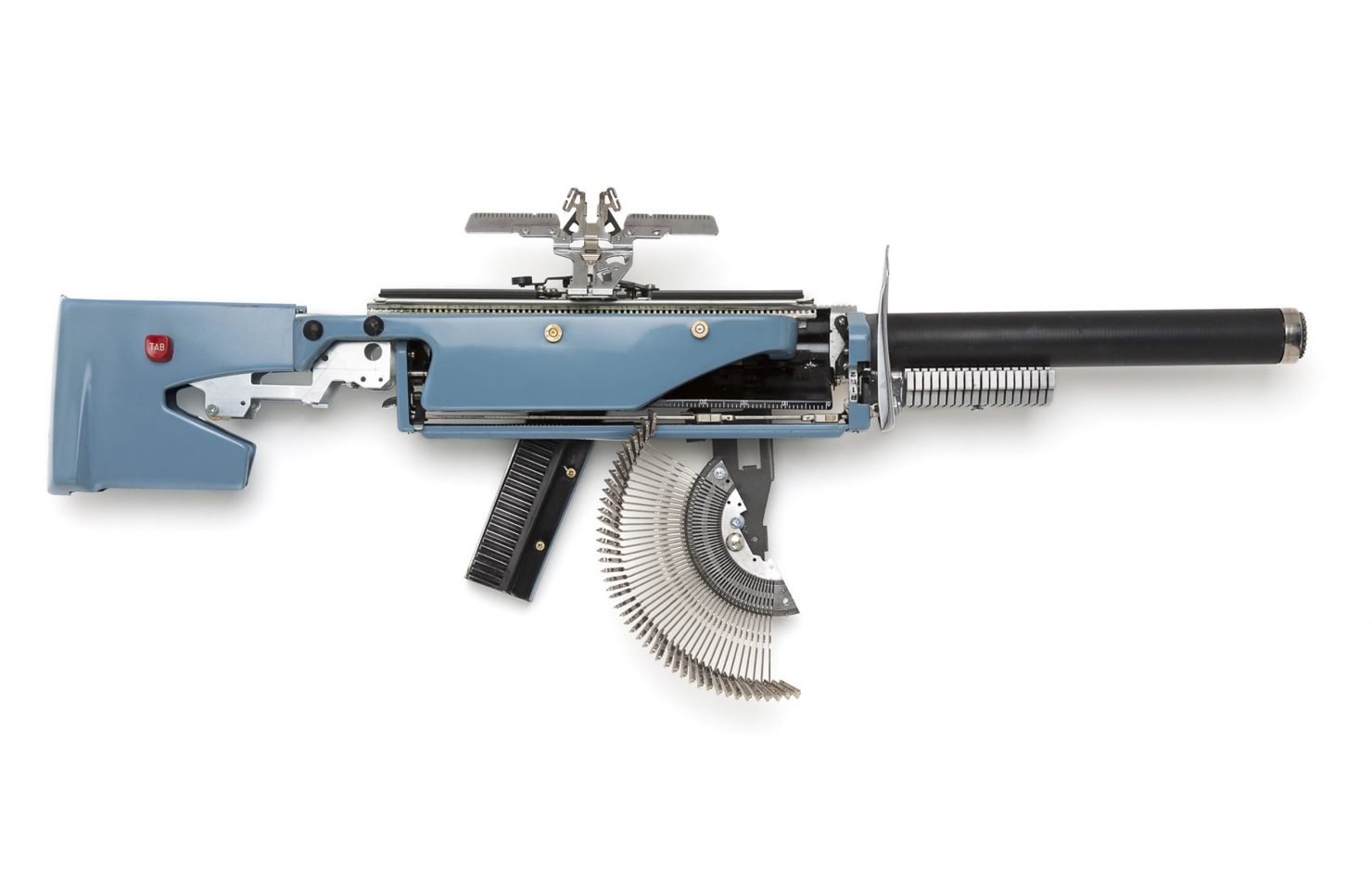 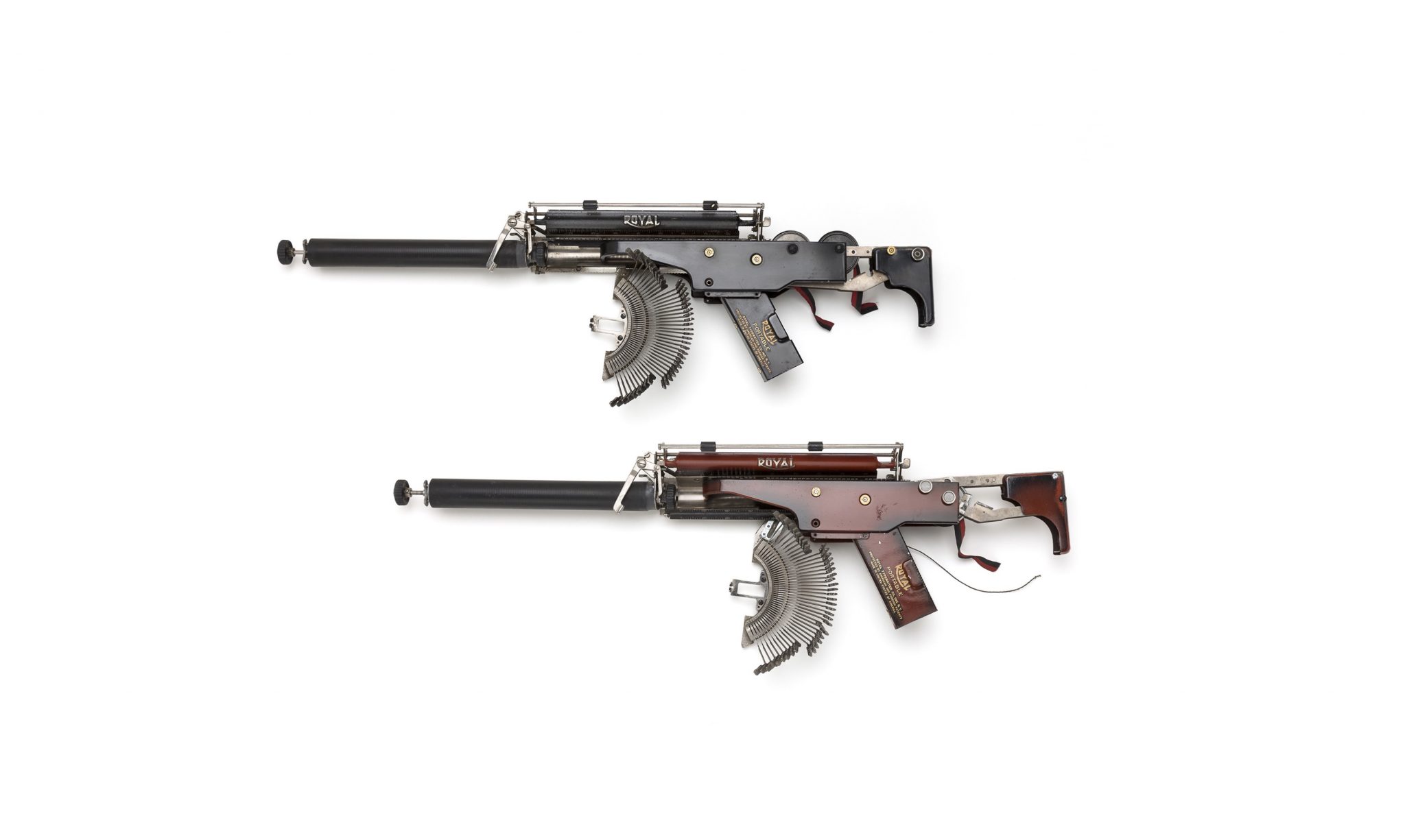