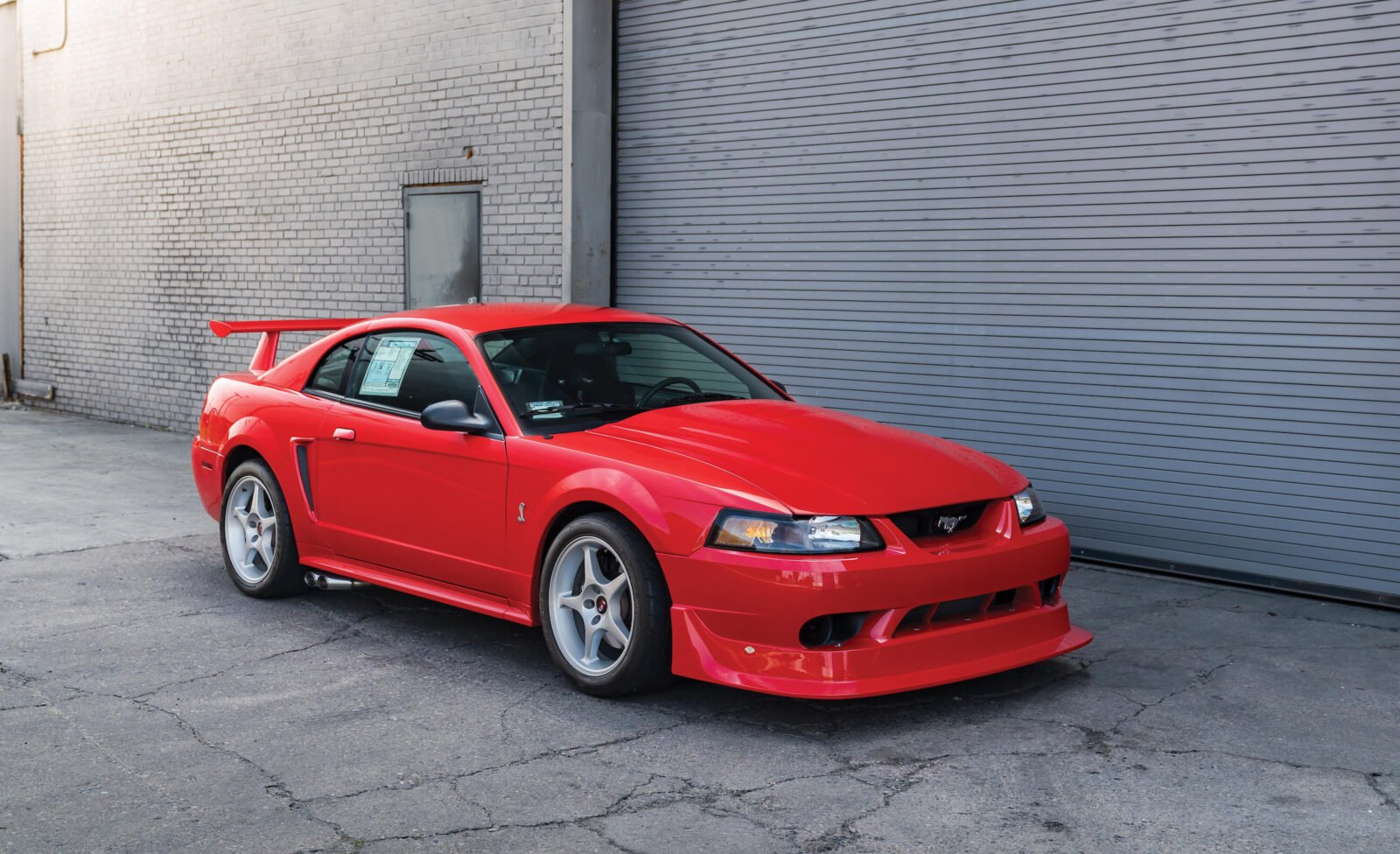 When the 2000 Ford SVT Mustang Cobra R debuted it was both the fastest and most technologically advanced production Mustang ever built.

The 2000 Cobra R had independent front and rear suspension, race ready brakes, a Tremec T-56 6-speed gearbox, and a DOHC 32-valve V8 fitted with alloy heads that would eventually find their way onto the V8 in the Ford GT supercar.

The 2000 Ford SVT Mustang Cobra R as released into a motoring world that had just been through a significant scandal affecting the Cobra badge.

The 1999 Mustang Cobra had been fitted with an upgraded 4.6 litre DOHC V8 with a claimed 320 hp and 317 ft lbs of torque – but period road tests revealed that it was slower than the outgoing 1998 model, with dyno tests showing horsepower levels closer to 285. 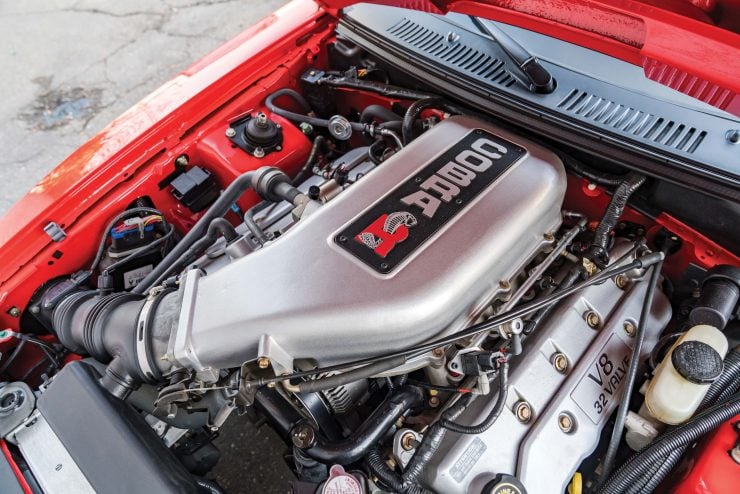 As the scandal grew Ford stopped all sales of the 1999 Cobra and recalled cars already sold. All were then fitted with a series of performance enhancements to get them up to the originally advertised power levels including an uprated intake manifold, a modified exhaust system, and a reprogrammed ECU.

Due to this scandal Ford didn’t offer a 2000 version of the Mustang Cobra, but they did offer 300 examples of the SVT Mustang Cobra R. This R-spec version was designed to erase any impression the general motoring public had about the Cobra not having adequate power.

The spec-sheet for the 2000 Ford SVT Mustang Cobra R makes it clear that this isn’t a car designed to perform comfortable GT duties.

There’s no air conditioner and no stereo, the seats are Recaro buckets, the rear seats are deleted as is most of the sound-deadening, the suspension is lowered and significantly stiffened, and the tires were a custom BF Goodrich compound specifically for Cobra R that prioritised grip over mileage.

Many period reviews were effusive about the Cobra R, the independent rear, uprated suspension and brakes, fire breathing engine, and close ratio gearbox all worked together to give the car a 0 to 60 mph time of just 4.4 seconds, a quarter mile time of 12.9 seconds (at 110.8 mph) and a top speed of 170 mph.

The DOHC V8 used in the Cobra R was factory rated at 385 bhp at 6,250 rpm and 385 ft lbs of torque at 4,250 rpm. Independent dyno tests showed rear wheel power figures that almost matched the factory crank horsepower figures, a strong indication that Ford had understated the numbers.

Interestingly the cast iron block was sourced from the Ford truck line – chosen for its strength. The aluminum alloy heads had 4-valves per cylinder and they were later modified for use on the Ford GT. The engine has a compression ratio of 9.6:1 and a bore x stroke of 3.55 inches x 4.17 inches.

Front suspension is a MacPherson strut system with gas-charged Bilstein shock absorbers and a separate spring on a lower arm, with a 28mm tubular anti-roll bar. 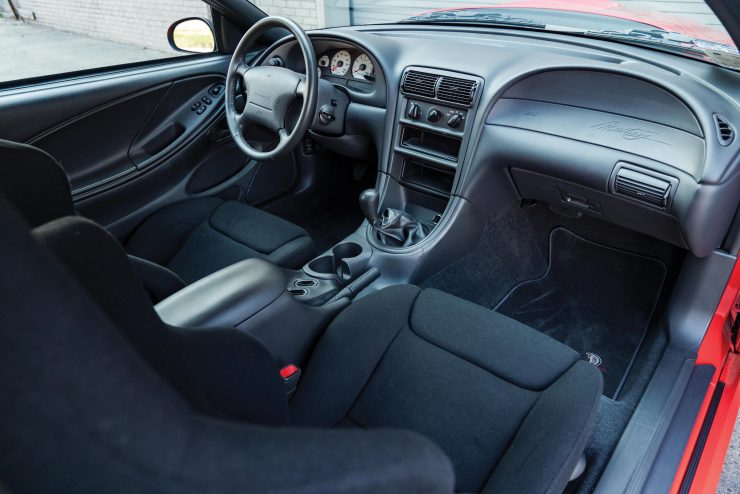 The car you see here is one of the original 300 built fo the 2000 model year, it has less than 2,500 miles from new and amazingly it comes complete with its original window sticker from the dealer.

It’s listed as a three-owner example with a clean CARFAX, and it’s estimated it’ll sell for between $60,000 and $70,000 USD when it crosses the auction block with RM Sotheby’s. Editor’s Note: Since the time of writing this car sold for $61,600 USD. 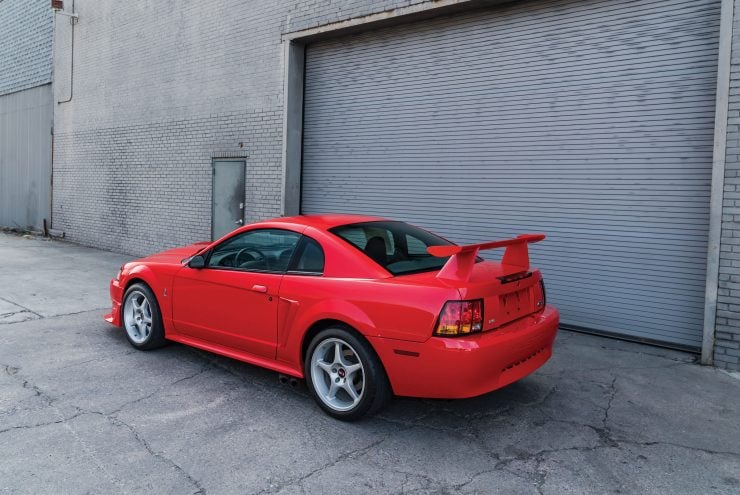 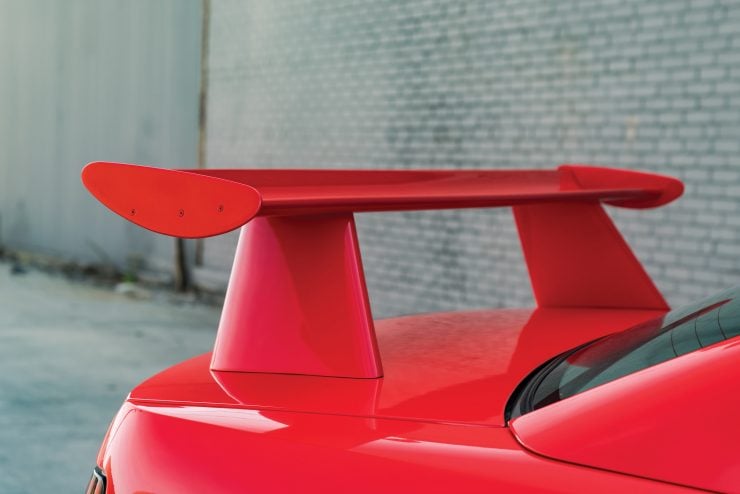 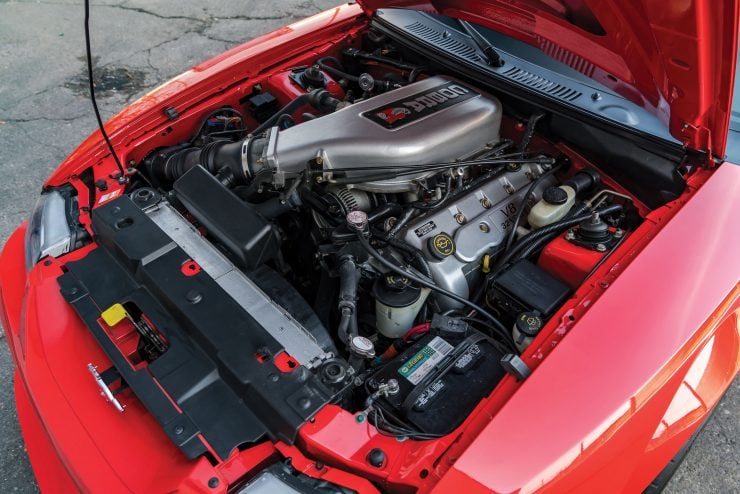 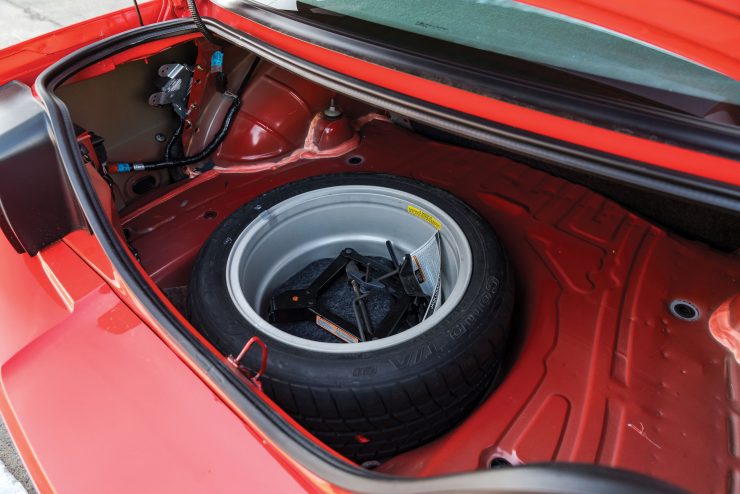 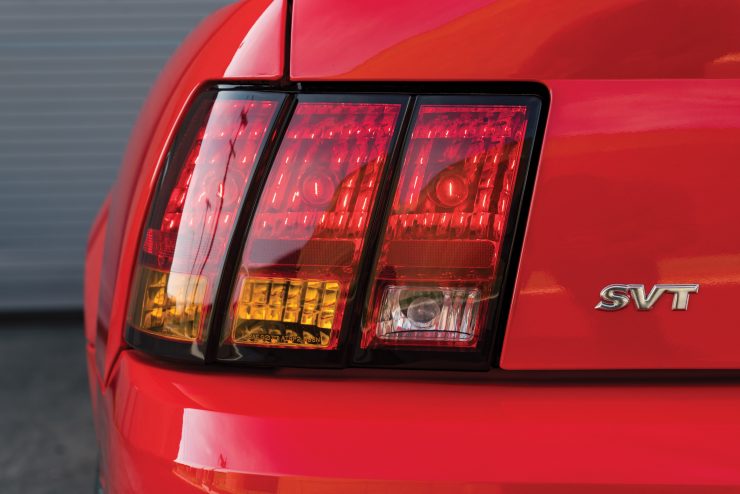 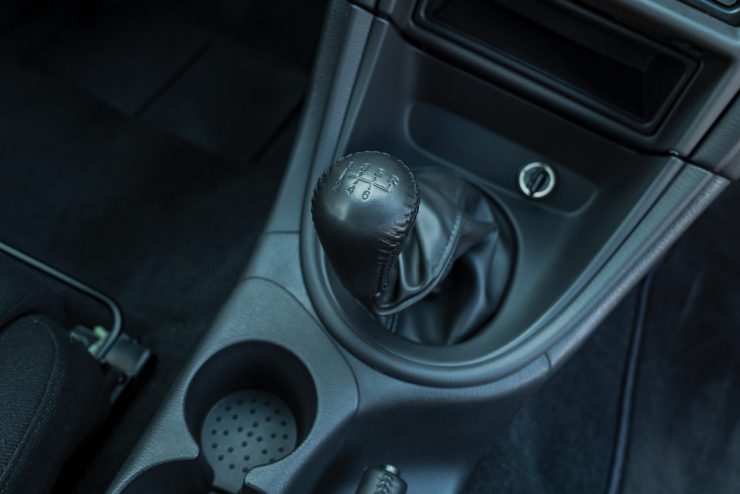 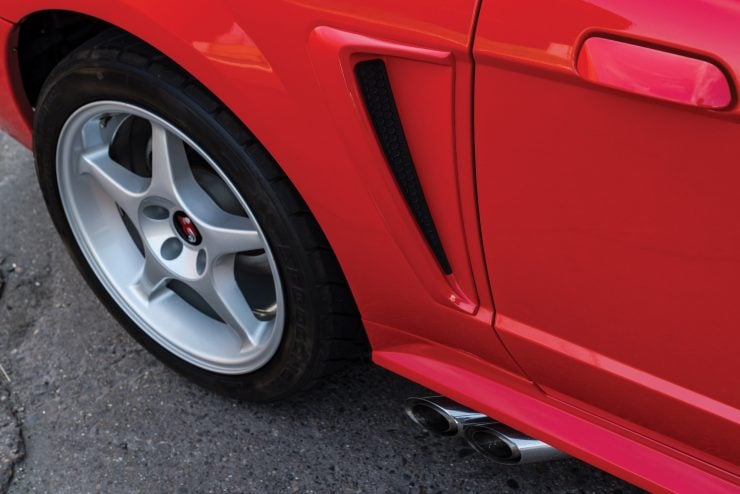 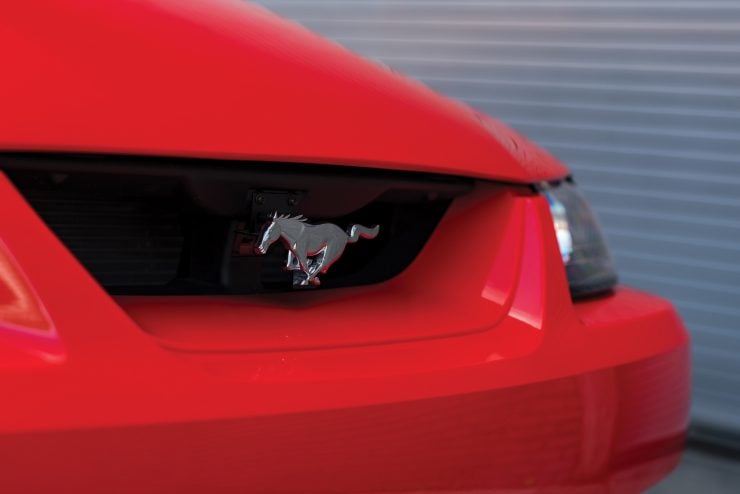 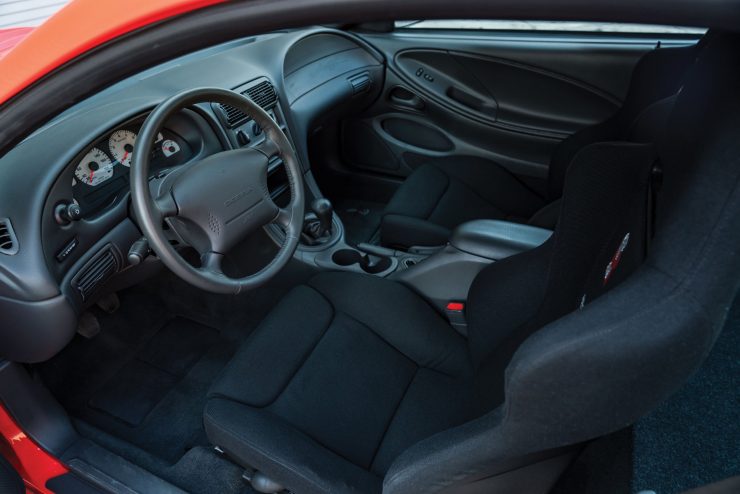 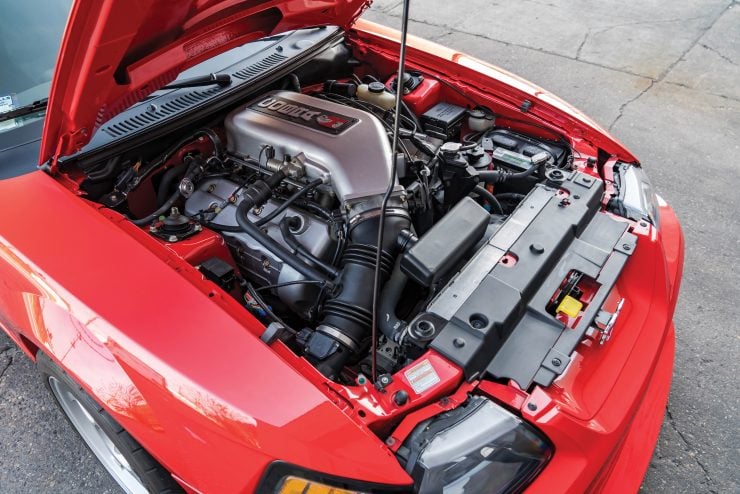 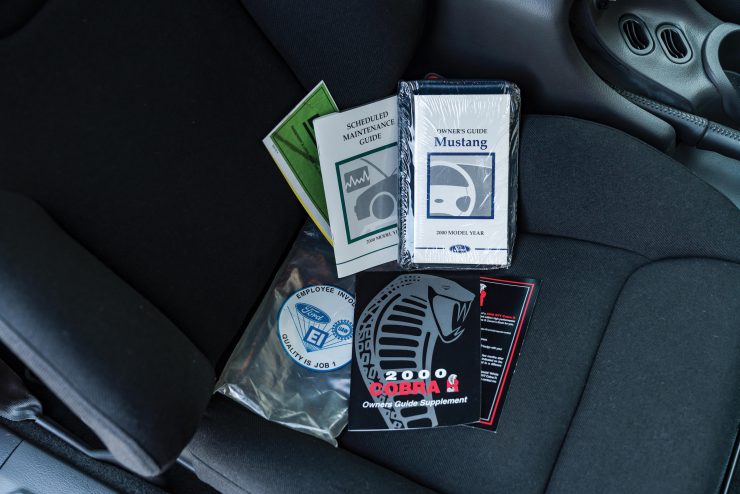 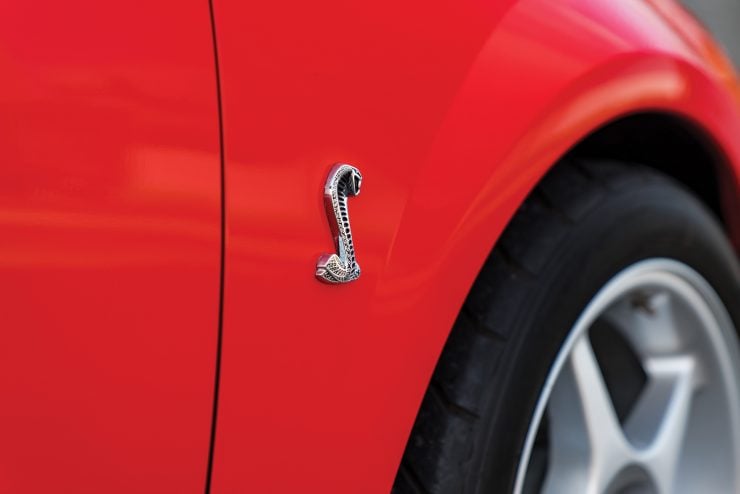 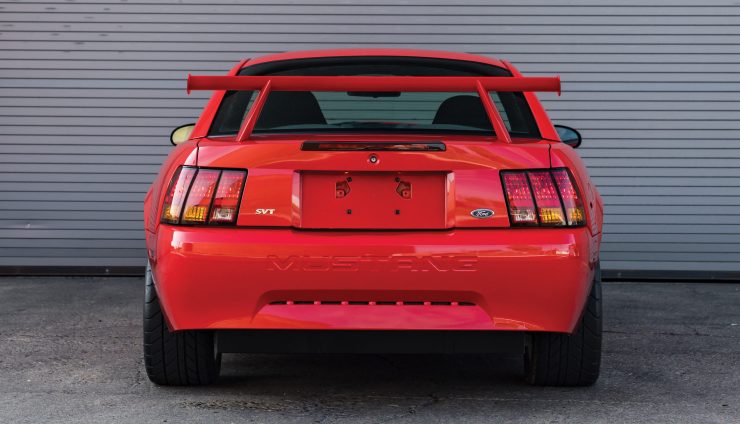