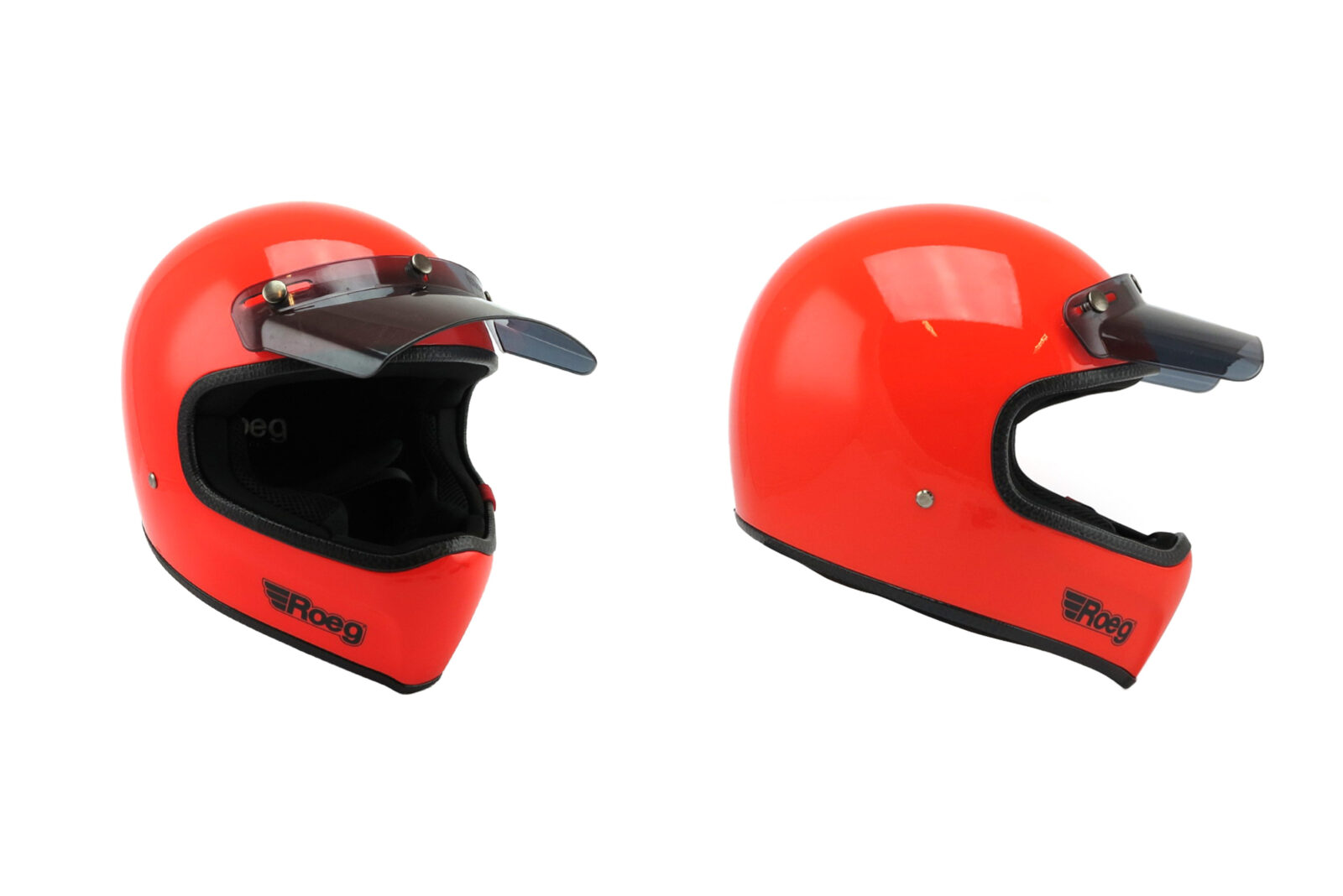 The Roeg Pereuna is a new full face motorcycle helmet from the Dutch brand, it’s been designed with a lightweight fibreglass shell and it meets or exceeds the European ECE 22.05 safety standard – one of the toughest in the world.

The team at Roeg (pronounced “rogue”) created an all-new shell design for the Pereuna taking design cues from the golden age of two-stroke motocross – the ’70s and ’80s. The helmet features a large face port for optimal visibility and airflow, and with ample room for off-road goggles to be worn.

A three-stud peak visor comes as standard, it’s tinted rather than opaque, and there are a range of optional coloured visors and goggles designed by Roeg to fit the Pereuna.

Inside the helmet you’ll find an impact absorbing EPS liner topped with soft foam, it has removable, washable cheek pads and there are speaker pockets over each ear.

Roeg offer the Pereuna in sizes ranging from XS to XXL, the sizing does range approximately 1 size larger than normal, and there’s handy sizing guide on the website to help ensure you get the perfect fit first time. 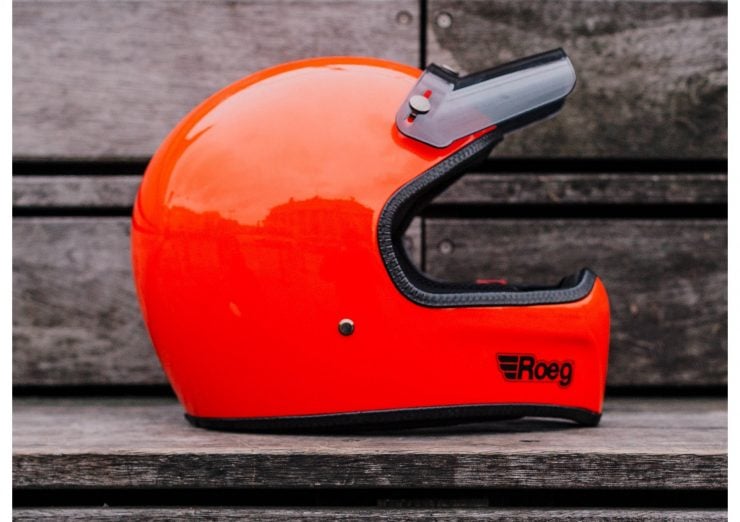 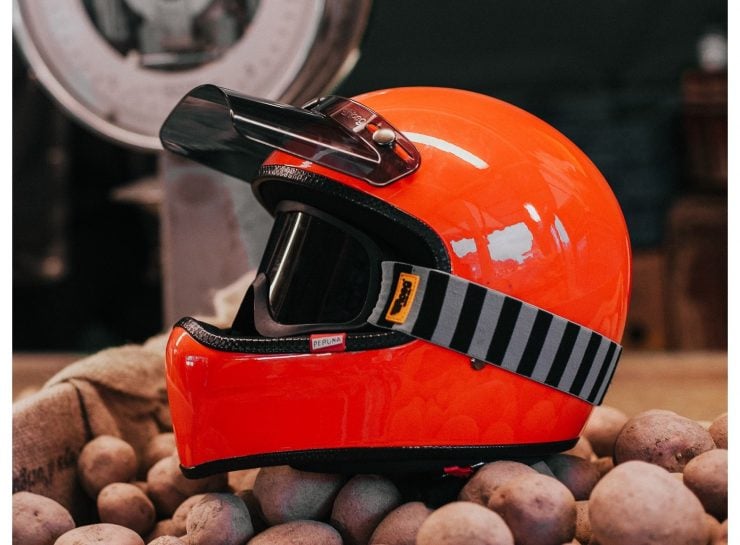 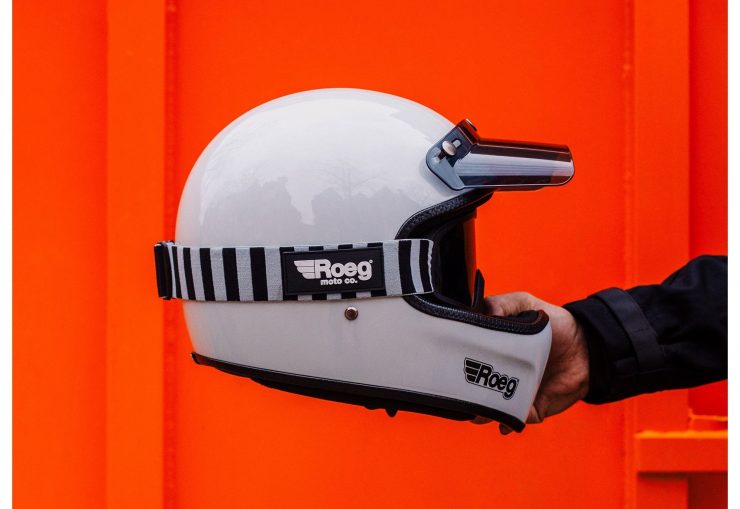 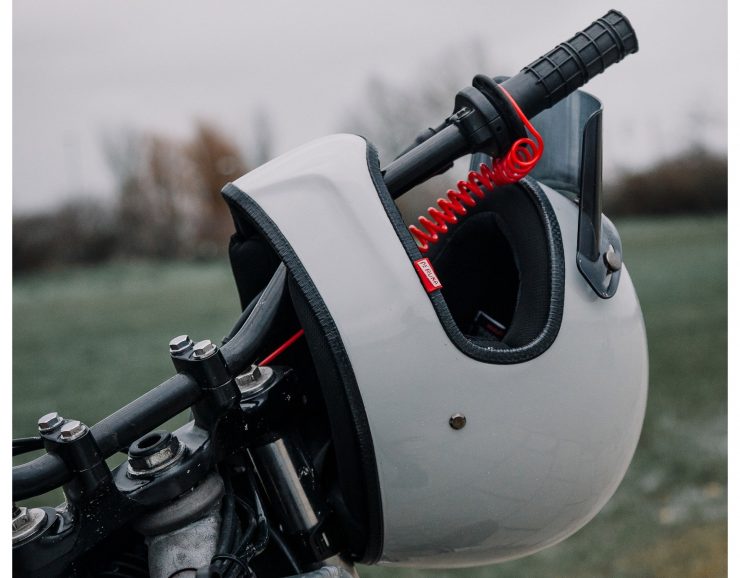 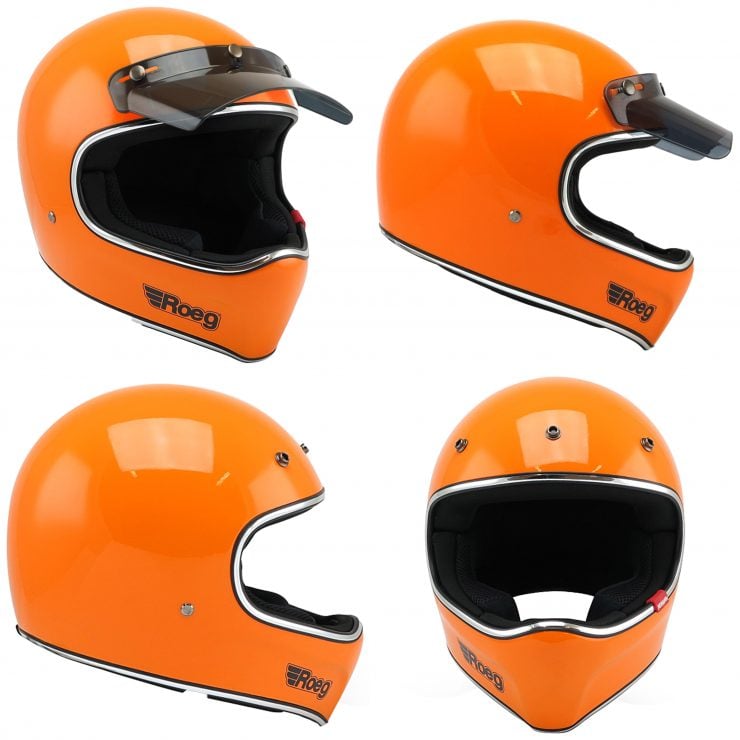 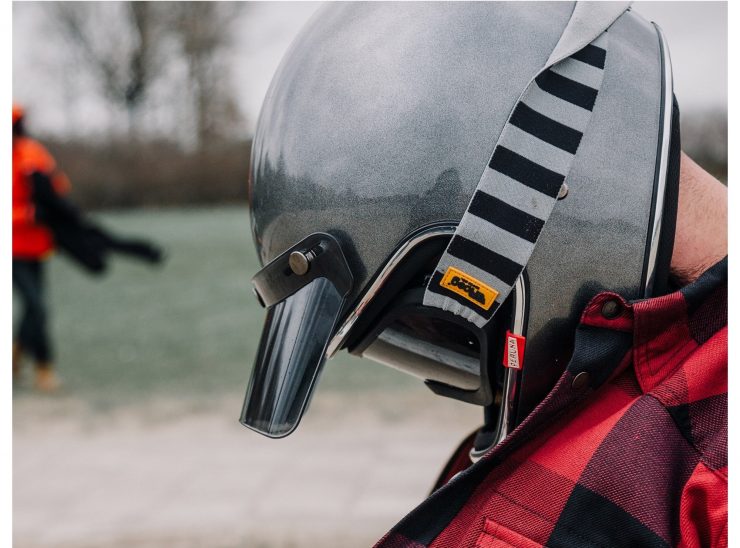 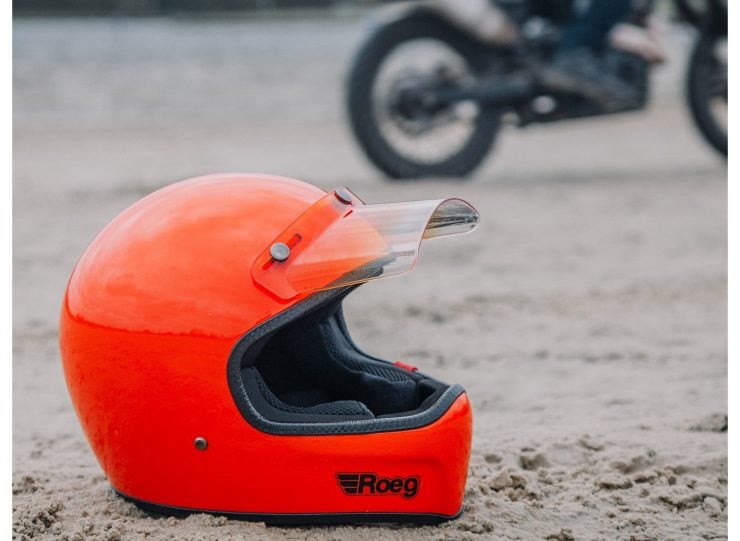