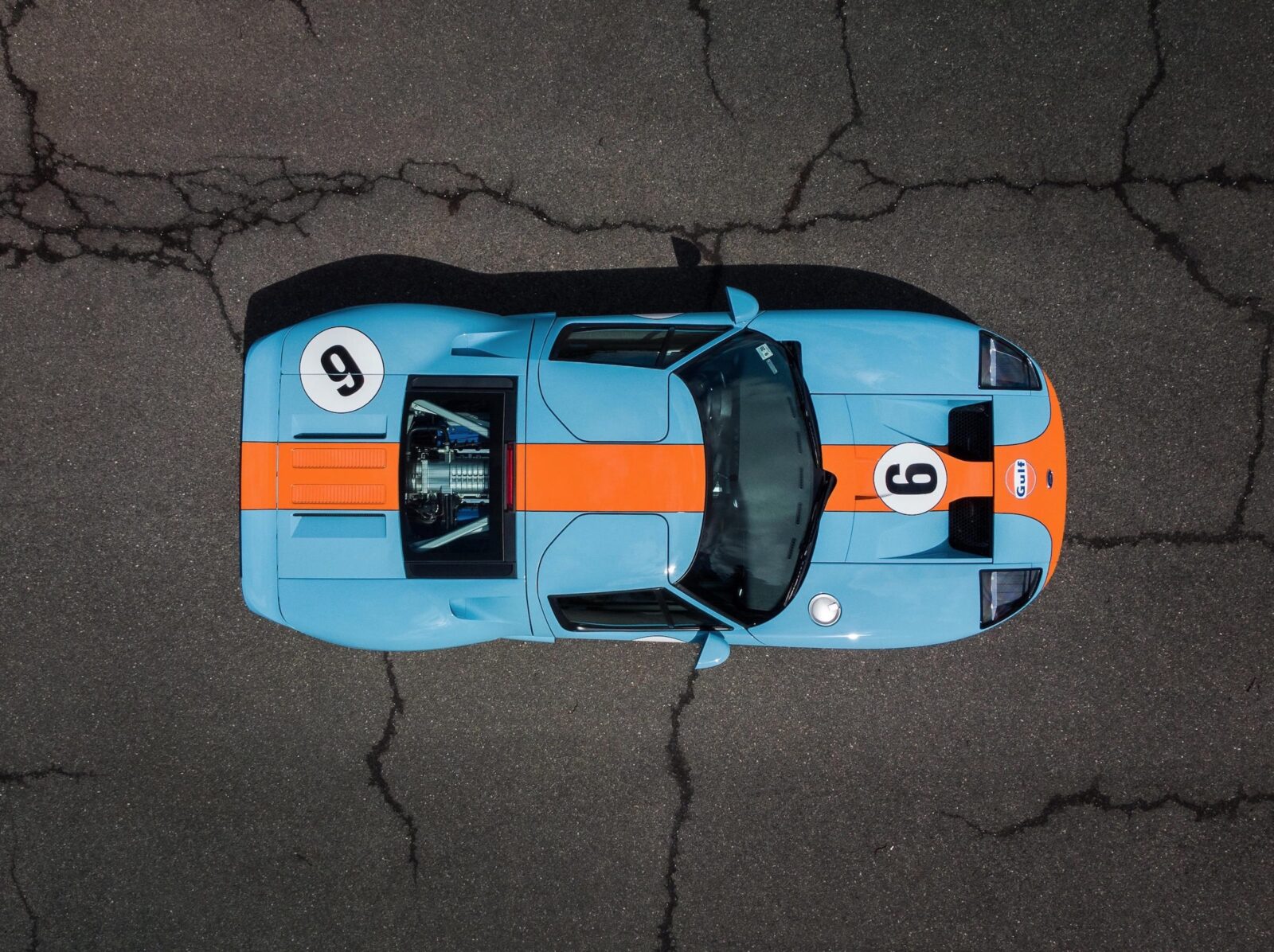 The Ford GT was developed as a hat tip to its iconic forebear, the Ford GT40, a vehicle developed by Ford and Lola to take on Ferrari at Le Mans – which it did very successfully, winning the 24 Hours of Le Mans 4 consecutive times from 1966 to 1969.

The modern Ford GT began as a concept car created to mark Ford’s centennial year, the public loved it and Ford was inundated with enquiries about buying them. It was decided to put a road-going version into production, and a team including Carroll Shelby, Camilo Pardo, and J. Mays was assembled for the project.

Although the Ford GT looks very similar to the original GT40 it obviously doesn’t share any common components, and it actually sits at 43 inches high – 3 inches more than the GT40 at 40 inches. Ford very nearly called it the GT43 as a result.

Interestingly the GT40 trademark actually now belongs to a company that builds unofficial continuation cars – so Ford couldn’t use it on their own model. 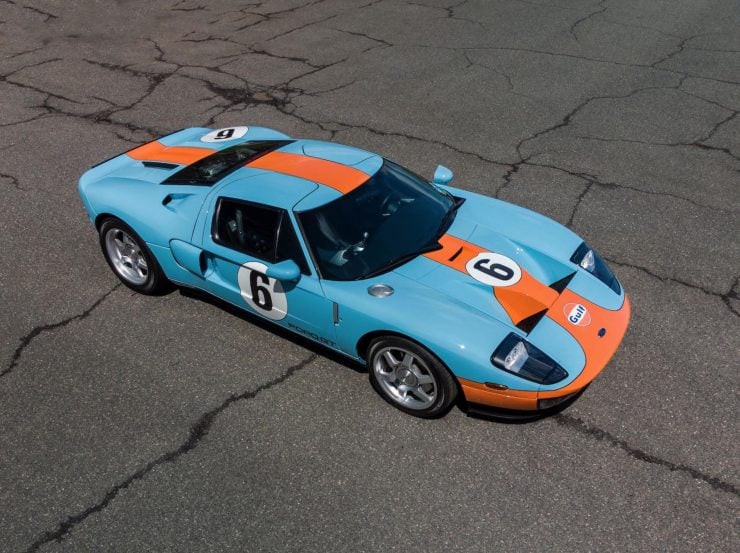 The Engineering of the Ford GT

The technology that went into building the Ford GT was cutting edge in the mid-2000s, it was the first time a German-designed “Ship in a Bottle” fuel tank was used in a production vehicle. The GT used a superplastic-formed frame, with aluminium body panels and roll-bonded floor panels, and the rest of the vehicle made ample use of aluminium, carbon fibre, and magnesium.

Power is provided by a mid-mounted 5.4 litre all-aluminium V8, capped with a Lysholm supercharger. The engine is dry-sumped to allow it to sit as low as possible, and the engine block was designed specifically for the Ford GT – although it did maintain some parallel compatibility with other Ford engines, allowing it to use the DOHC 4-valve DOHC heads from the 2000 Ford Mustang SVT Cobra R (with some modifications). Power is sent to the rear wheels via a Ricardo 6-speed manual transmission with a helical limited-slip differential – a gearbox capable of handling the engine’s 550hp and 500 ft lbs of torque. 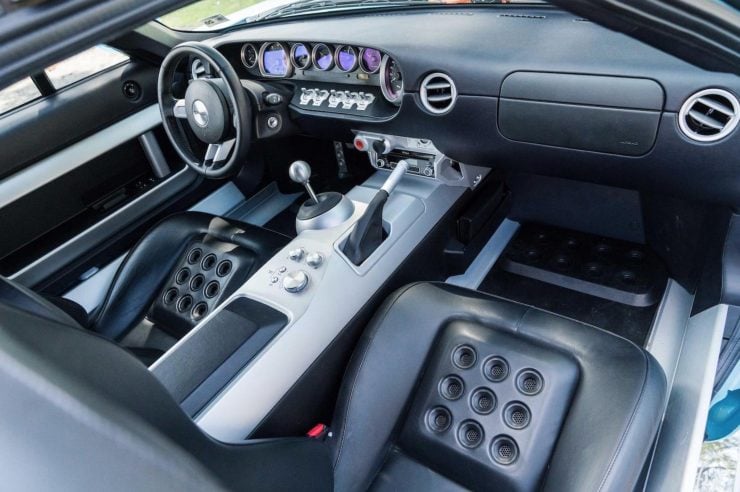 The Ford GT Heritage Edition is perhaps the most desirable version, it utilizes the Gulf livery so famously used on the John Wyer GT40s which won the 24 Hours of Le Mans in 1968 and 1969. This livery was only available on 2006 Ford GTs, and it cost an extra $13,000 – so just 343 cars would end up wearing it.

The cast aluminum BBS wheels tucked into the arches were a rare option too, just 20 cars were fitted with them. Inside you’ll find the well-appointed GT interior with its famous flip-switches and aluminum-ball shifter, as well as a high-fidelity McIntosh audio system.

In the years since it was delivered to its first owner, this car has covered approximately 10,000 miles, and is now presented in excellent overall condition. If you’d like to read more about it or register to bid you can click here to view the listing on Bonhams. 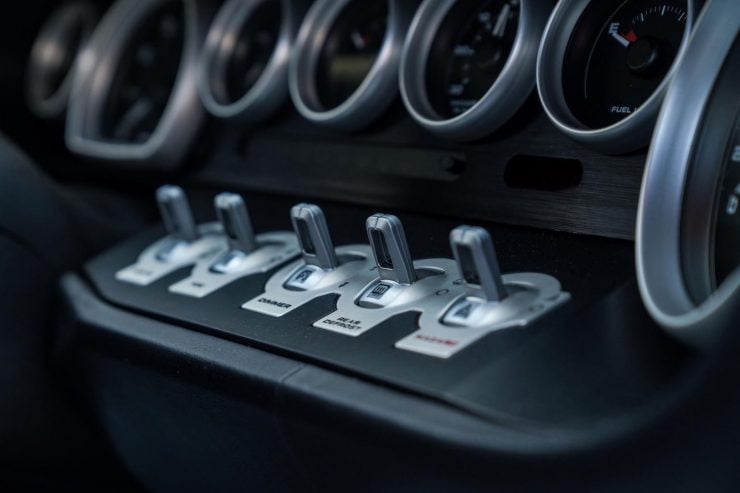 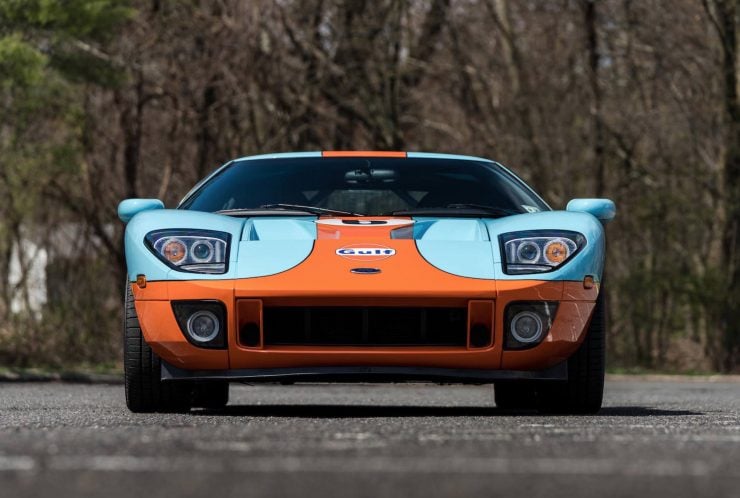 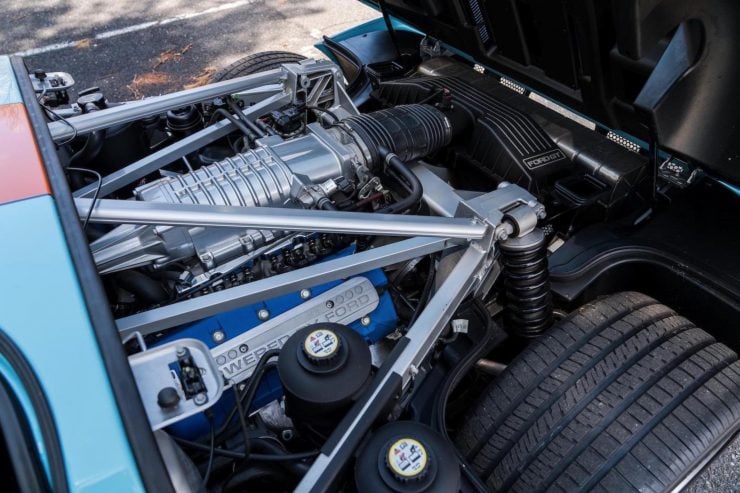 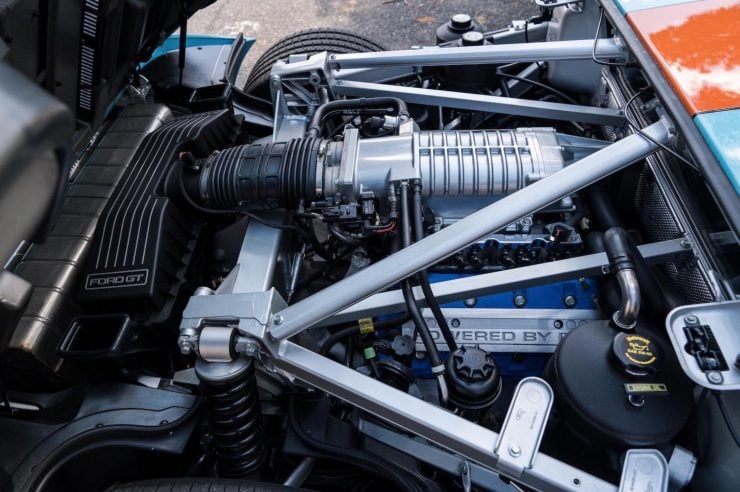 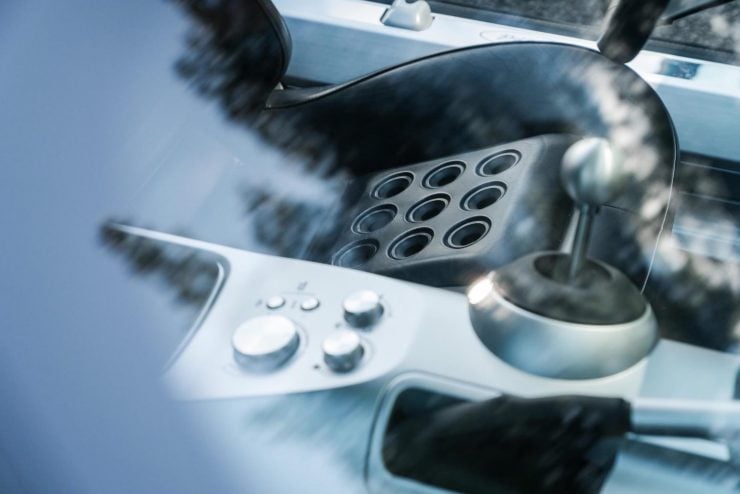 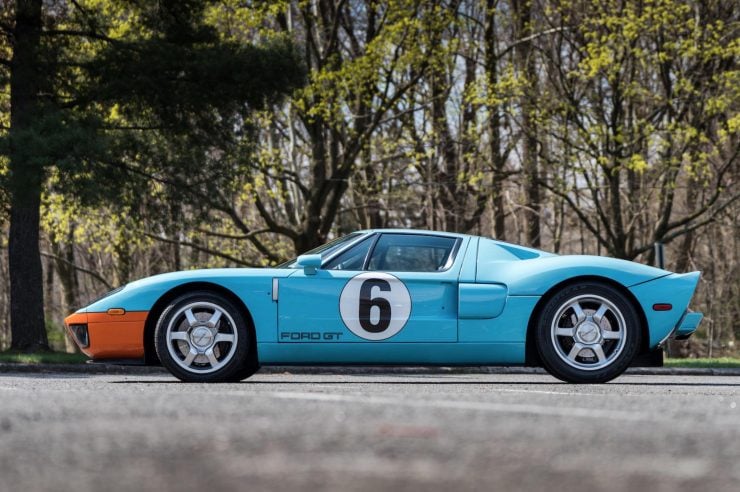 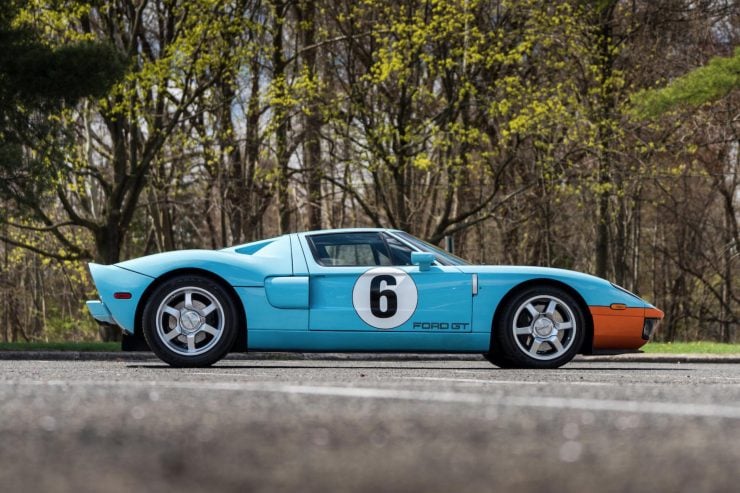 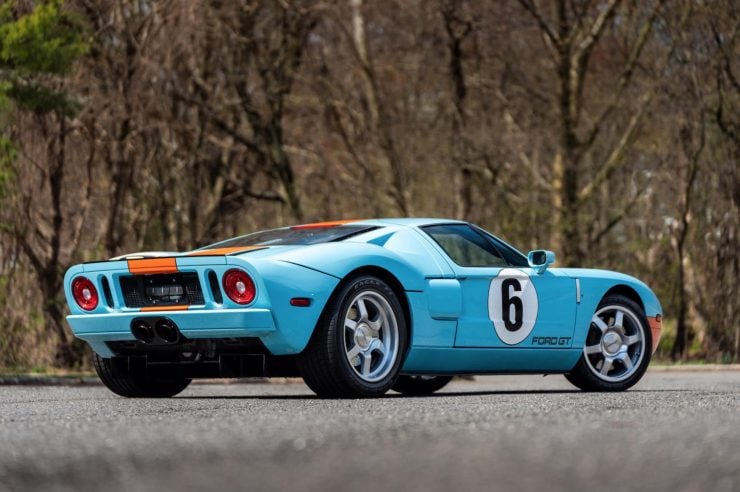 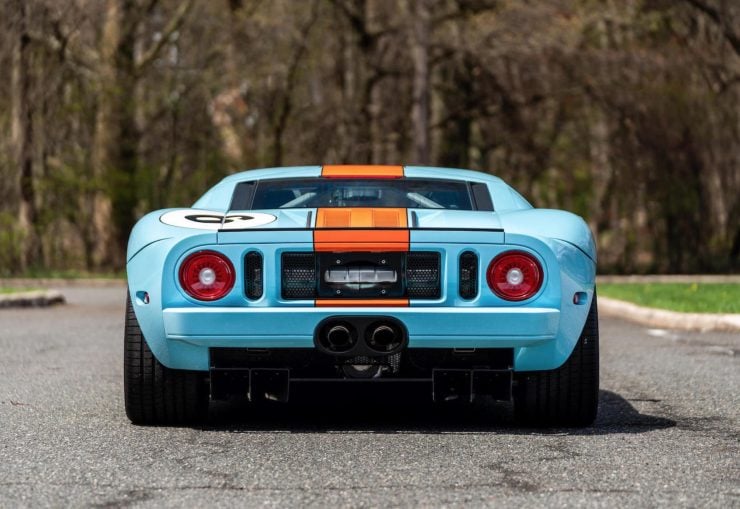 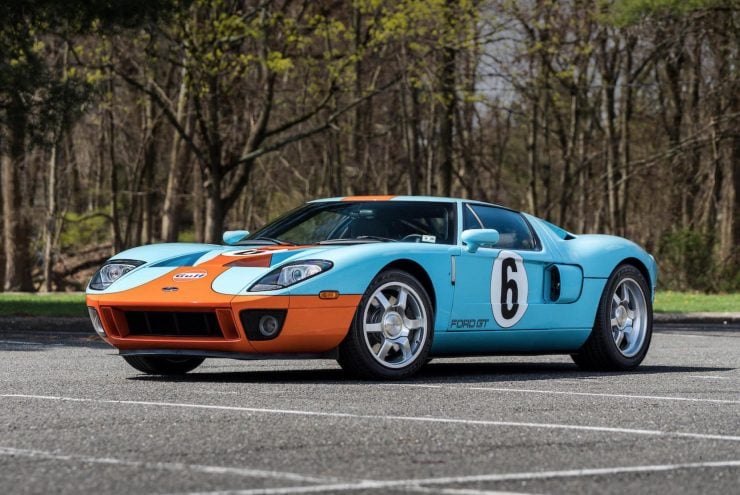 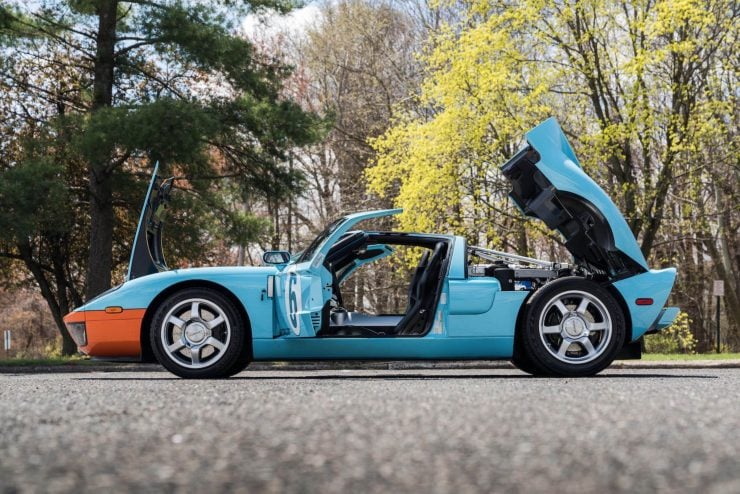 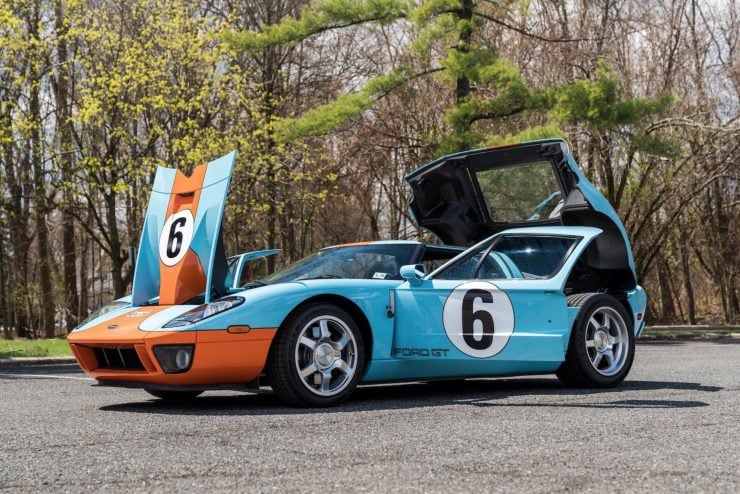 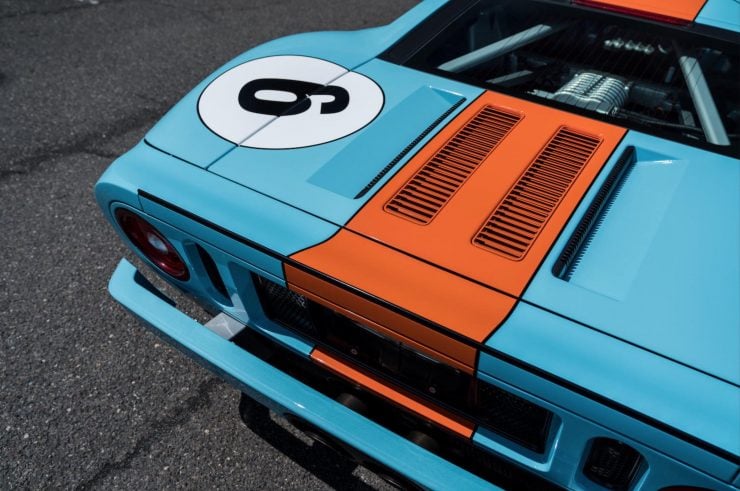 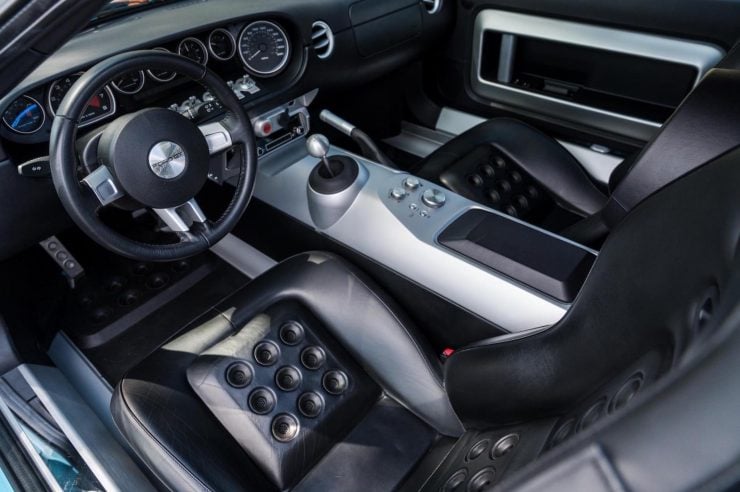 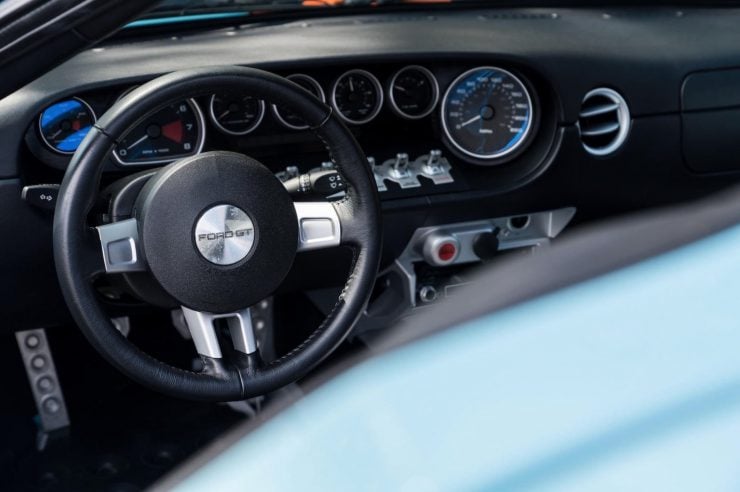 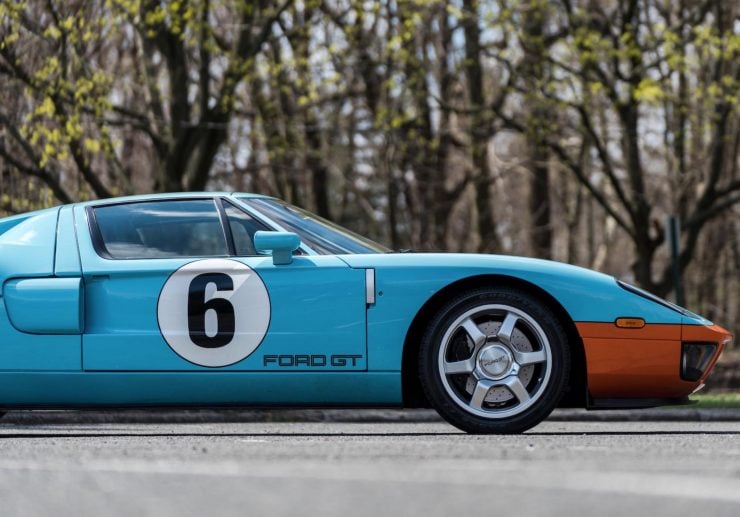 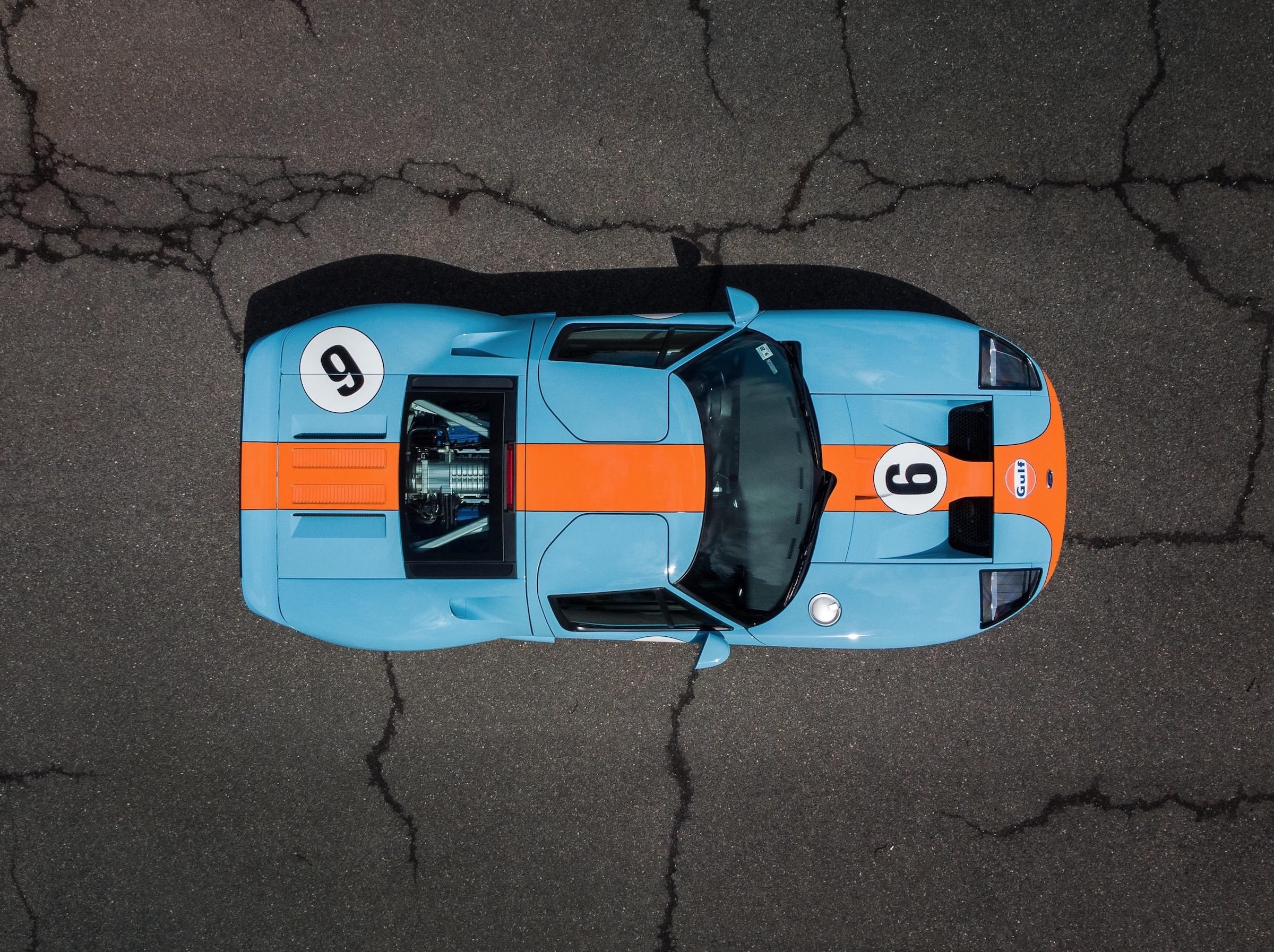