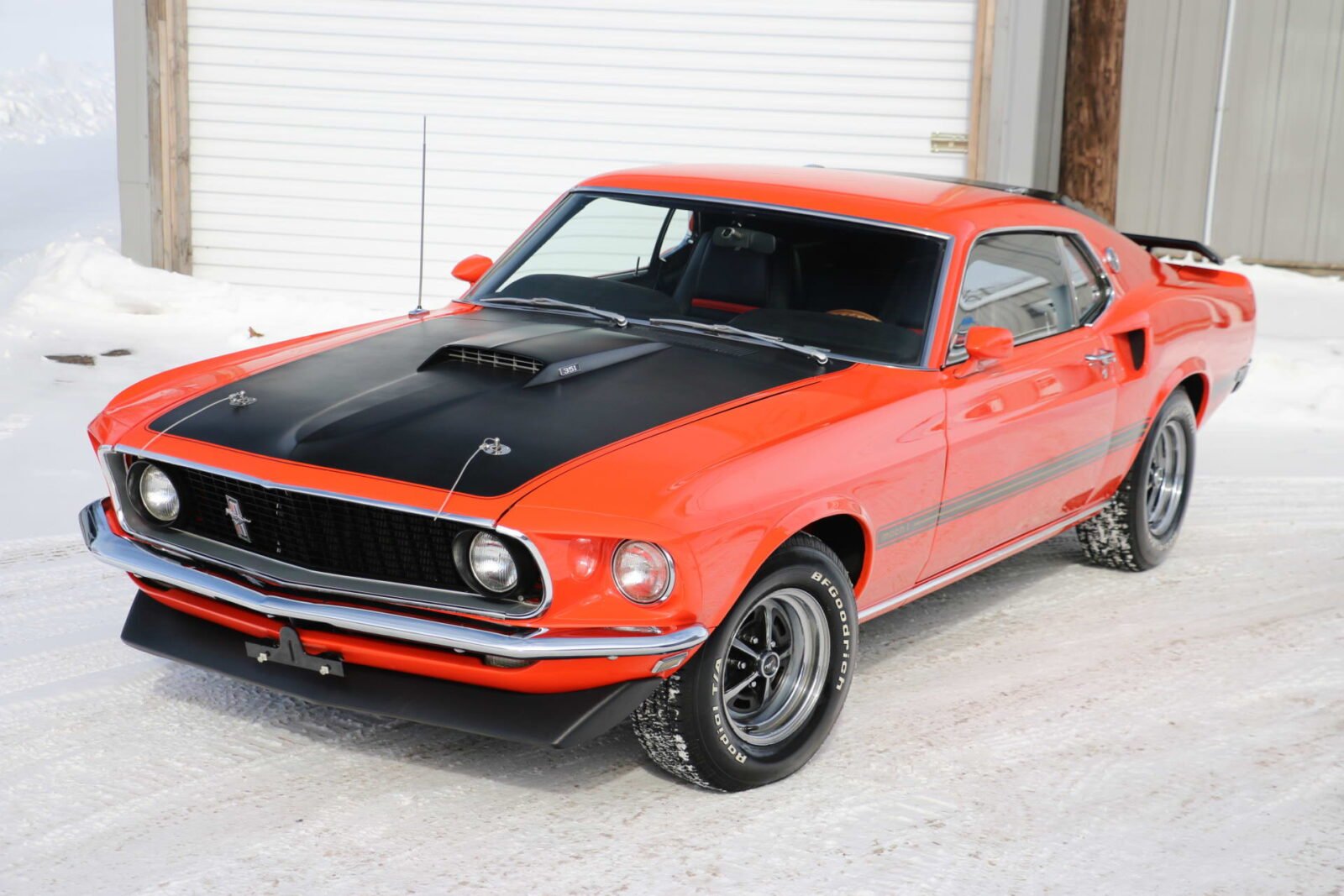 This 1969 Ford Mustang Mach 1 is a great example from the first year of production of the now famous high-performance Mach 1 version of one of America’s most successful sports cars.

The car has been sympathetically upgraded with a slew of new performance parts to significant boost power and performance, all while keeping the exterior in factory stock condition.

First introduced in mid-1968 as a 1969 model year, the Mach 1 included a range of performance upgrades and styling enhancements that set the car apart from other more pedestrian Mustangs, and apart from the five other factory performance Mustang models available at the time – the GT, Boss 302, Boss 429, Shelby GT350, and Shelby GT500.

With the Mach 1, Ford was looking to add to the Boss 302 and Boss 429 performance models and begin to move away from the Shelby Mustangs – 1970 would be the last year for the Shelby cars until they made a comeback in 2005. 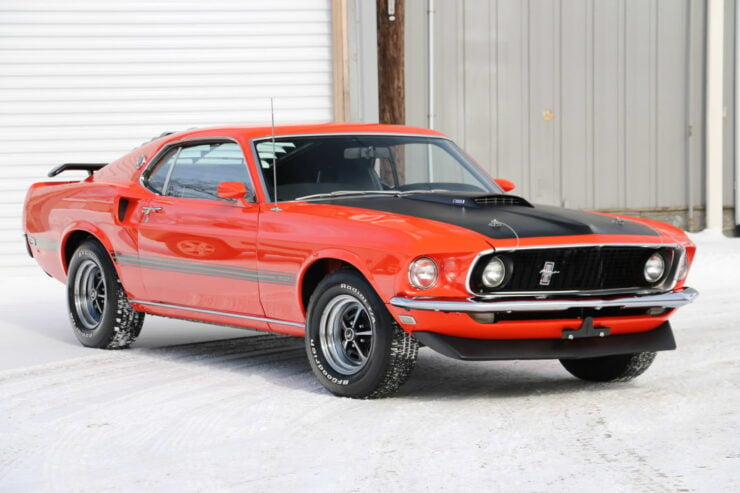 Above Image: The characteristic styling of the Mach 1 is hard to miss, with its blacked out hood, hood pins, chin spoiler, rear spoiler, and hood scoop.

The cars weren’t all show and no go however, apart from the V8 under the hood they also come with competition suspension and an optional “Traction Lok” limited slip differential rear end. Depending on engine there were also front or front and rear sway bars fitted.

There has been no small amount of debate over whether the 351 V8 or the 428 V8 are better, the larger engine is more powerful of course but it’s also notably heavier, and this can have a detrimental impact on handling – though this isn’t a problem if the kind of motor racing you’re interested in happens one 1/4 mile at a time in a straight line.

Ford kept the Mach 1 in production from 1969 until 1970, they brought the nameplate back from 2003 to 2004, and recently they revived it again in 2021. Surviving original examples from the first series are always popular with collectors, but buyers always need to do their due diligence and make sure they’re not getting a clone or “tribute” as they’re sometimes called. 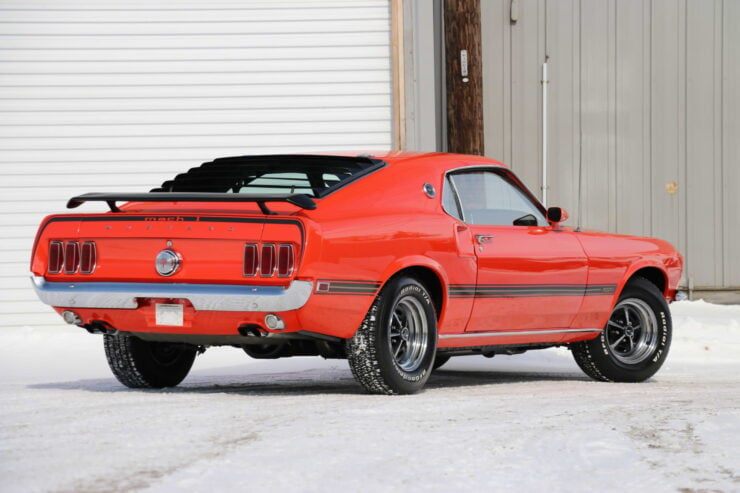 Above Image: The “Mach 1” decal running along the upper perimeter of the trunk lets everyone behind you know what you’re driving.

The car you see here is a 1969 example that benefits from a professional nut and bolt rotisserie restoration, it started out as a rust free California car, and it’s been comprehensively upgraded to the point where it’s now much quicker than it would have been when it left the factory.

The rebuild included competition suspension, but a lot of the focus on the rebuild was in the engine bay. The original 351 V8 was stroked out to 392 cu. in. and balanced and blueprinted. It was fitted with RHS aluminum cylinder heads, a Weiand Stealth intake, an Eagle 3.850 inch-stroke crankshaft, a Ford Motorsports dampener, BRC forged pistons, a Crower camshaft and valve springs, a Holley 750 4-barrel carburetor, and a slew of other mods.

If you’d like to read more about this Mustang or register to bid you can click here to visit the listing on Mecum, it’s due to roll across the auction block in March and it’s being offered with no reserve. 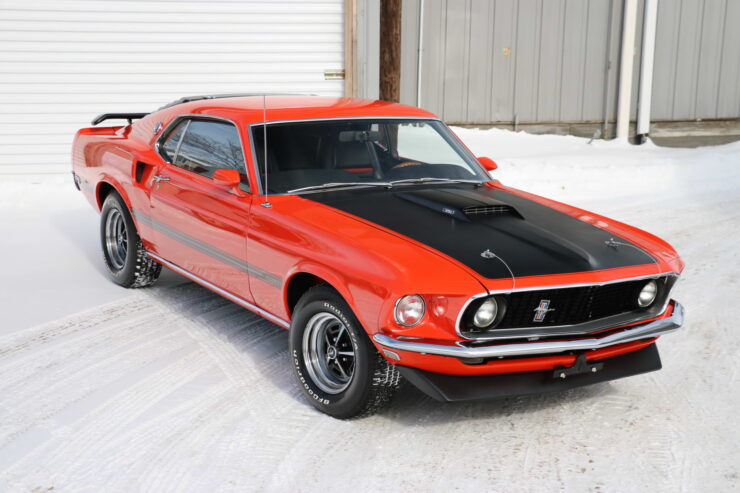 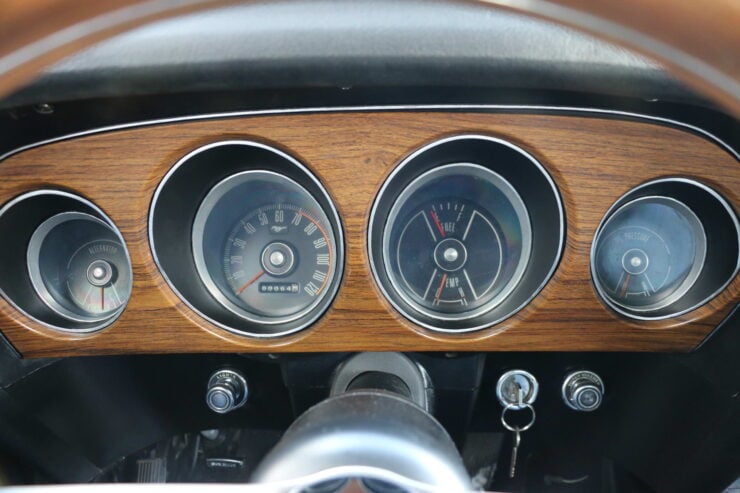 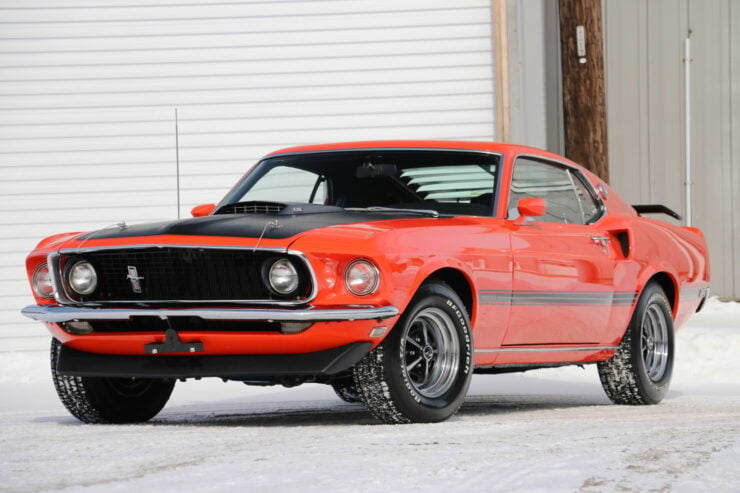 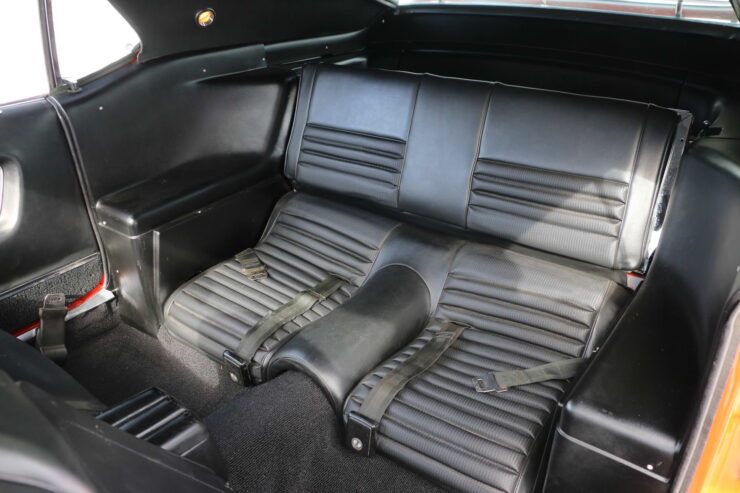 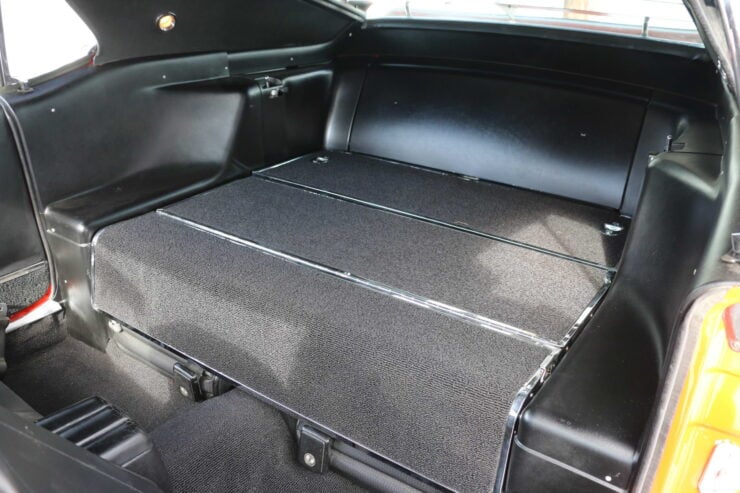 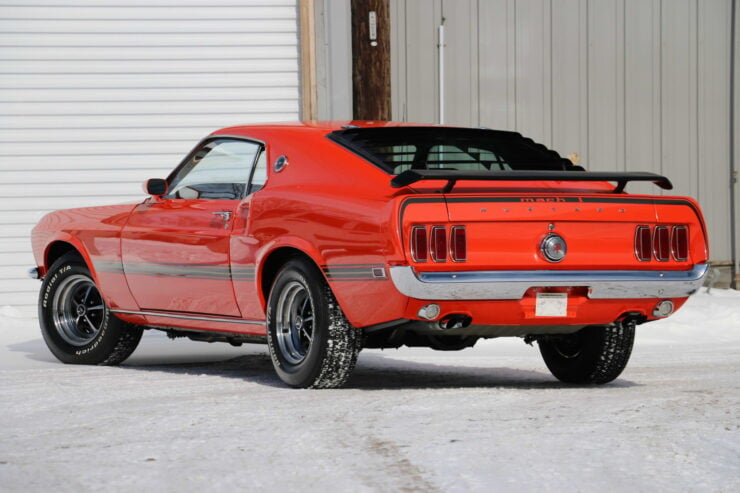 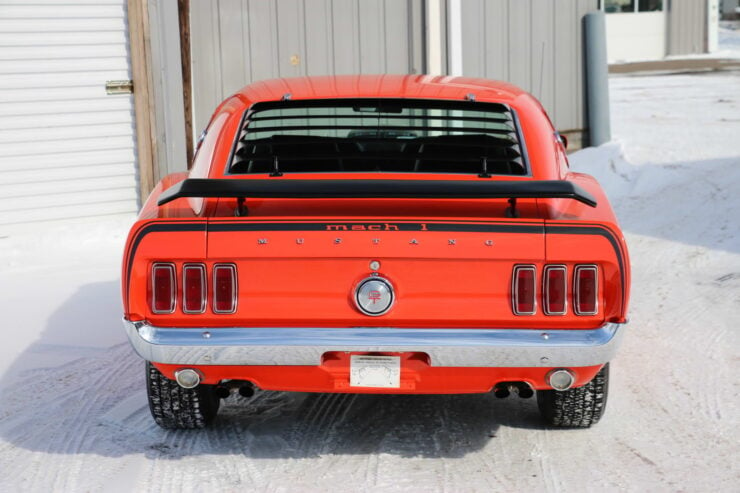 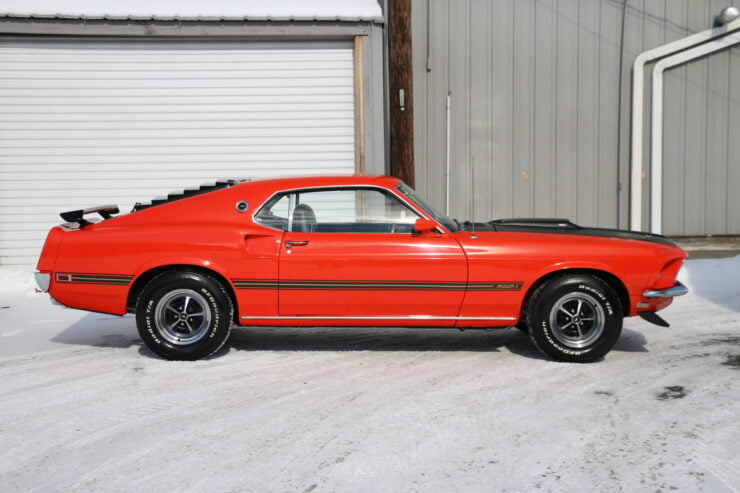 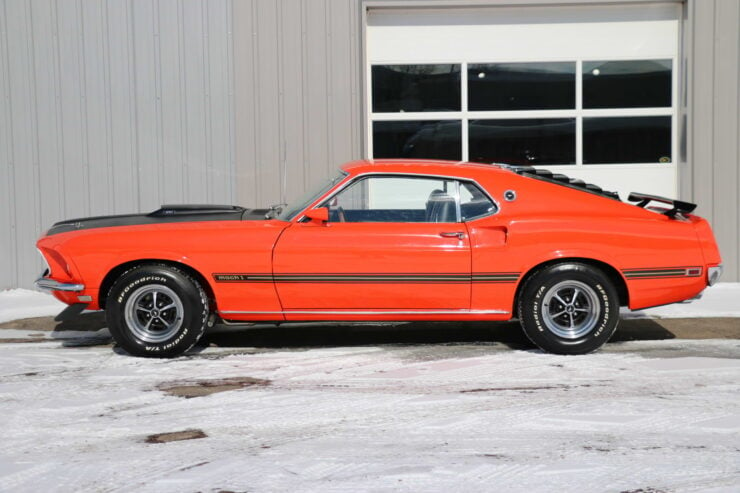