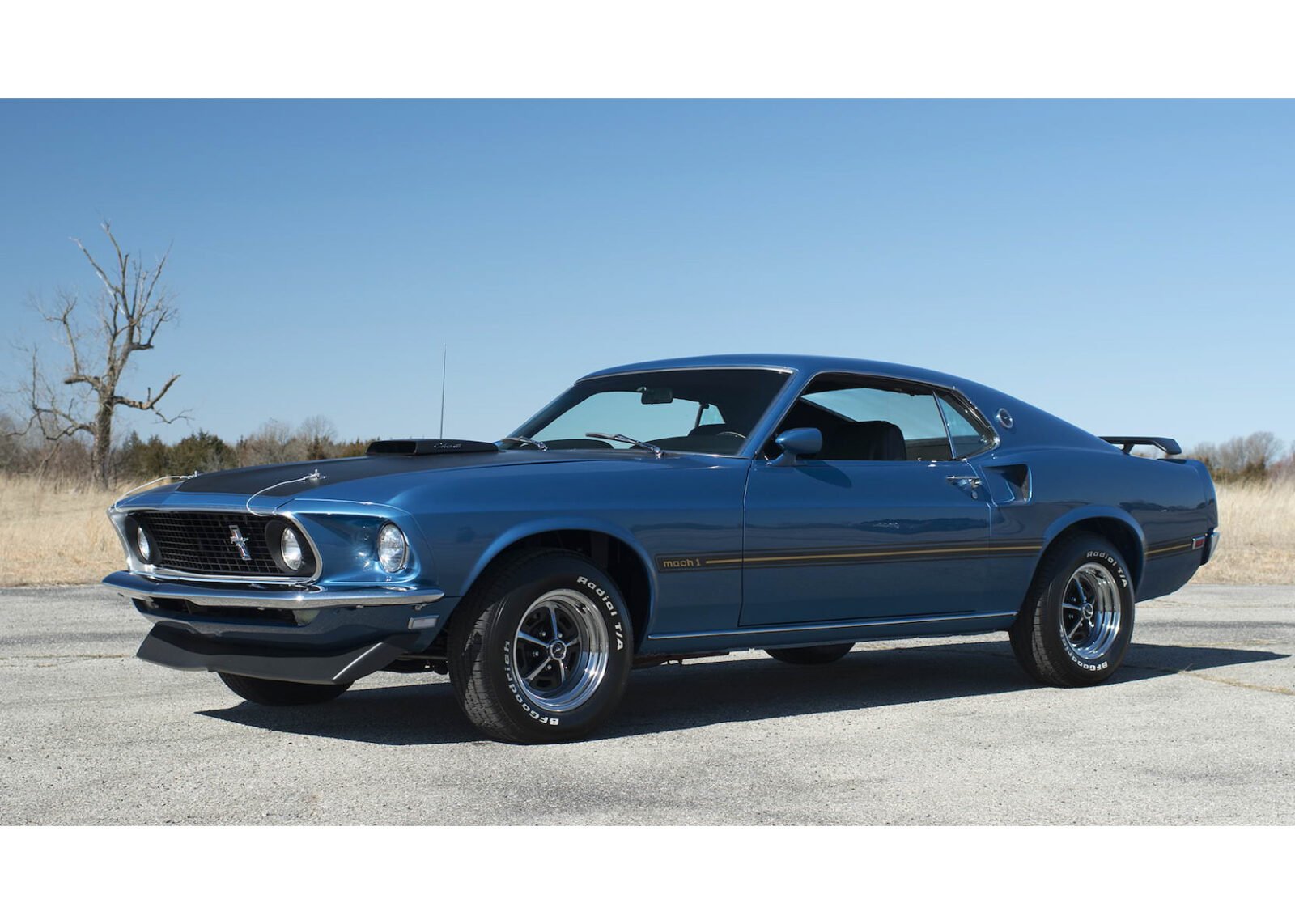 This 1969 Ford Mustang Mach 1 is from the first year of production for the special high-performance version of Ford’s famous pony car.

The Mach 1 was developed in the late 1960s to help Ford catch up with the likes of the Chevrolet Camaro and Pontiac Firebird which had arguably surpassed the car that founded the genre – the original Mustang. Each Mach 1 started with a Mustang “SportsRoof” fastback body shell which was fitted with the optioned powertrain as well as competition suspension which gave the model better handling and a slightly firmer ride.

The Mach 1 was offered with a number of engine options starting with the 351 cu. in. Windsor V8, the top engine option was the 428 cu. in. Cobra Jet engine with Ram Air producing 335 hp, capped with its distinctive “shaker” hood scoop. 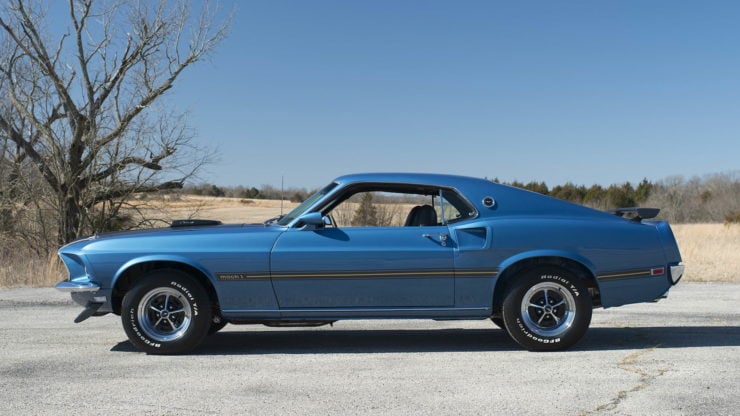 The Mach 1 is perhaps best known for its distinctive appearance, the model was fitted with a black hood and twin hood pins, a hood scoop, black and chrome wheels with Goodyear Polyglas tires, chrome exhaust tips (on most models), a rear deck spoiler, rear window louvers, a dealer optional chin spoiler, and the Mach 1 side stripes.

The no-nonsense appearance of the Mach 1 belied its performance abilities, particularly for those vehicles fitted with the optional 428 cu. in. (7 litre) engine option. American V8s are just as much about theatre as they are about performance, and great care was taken to ensure the Mach 1 sounded right and looked the part so that buyers would already be in love with it long before they saw the price tag.

For a muscle car of the late 1960s the Mach 1 offered better handling than most, the big block engine was combined with front shock tower reinforcements and thicker sway bars on the 428-equipped cars, as well as heavy duty springs and shock absorbers front and rear. 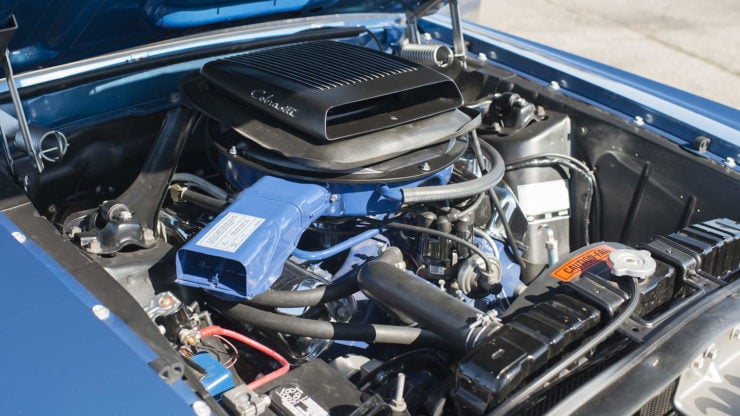 The first generation of the Mach 1 would only be built for 1969 and 1970 before it was rolled over into the controversially facelifted Ford Mustang of 1971 onwards. There are some notable differences between 1969 and 1970 cars however they’re typically regarded as being far more desirable than later iterations, not to mention better looking.

The car you see here is a much sought after 1969 Ford Mustang Mach 1 fitted with the top of the line R-code 428 cu. in. Cobra Jet engine with Ram Air, an Autolite 4-barrel carburettor, a close ratio Toploader 4-speed manual transmission, and a 3.50 Traction-Lok differential.

As far as Mach 1 Mustangs go, the above spec sheet is about as good as it gets. The car is finished in Acapulco Blue with deluxe black knit-vinyl bucket seats inside with a wood-rimmed steering wheel and a black interior with wood veneer on the dash.

That 428 cu. in. Cobra Jet engine turns out 335 hp at 5,200 rpm with a prodigious 440 ft lbs of torque at 3,400 rpm, enough power to put the Traction-Lok differential to good use and give the original Polyglas tires a very hard time.

Mecum will be offering the car at the Indy 2020 auction with no reserve. If you’d like to read more about it or register to bid you can click here to visit the listing. 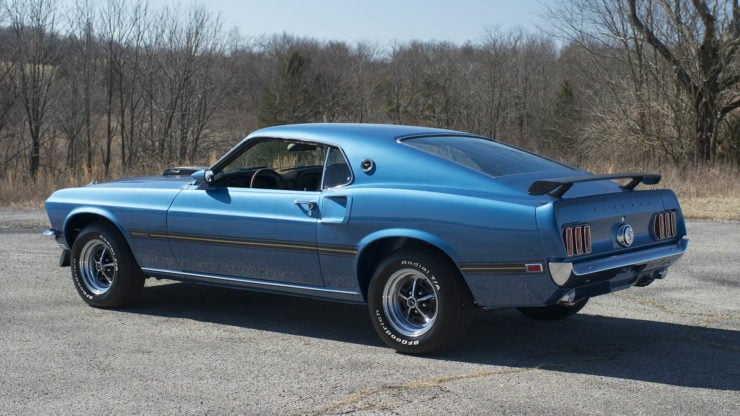 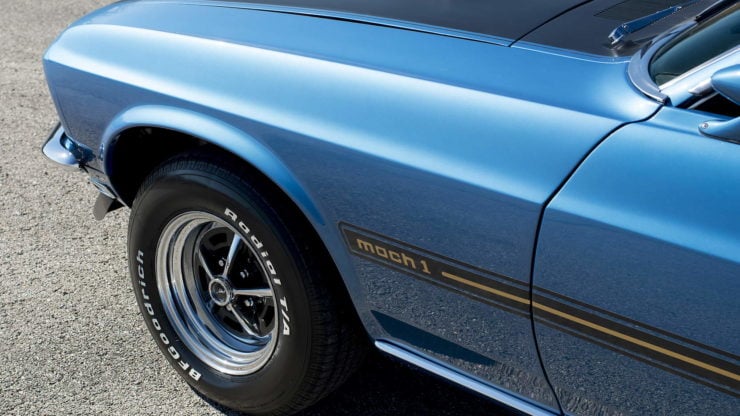 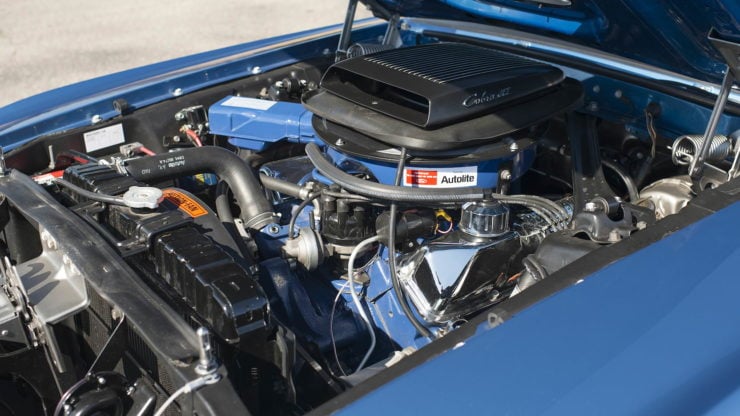 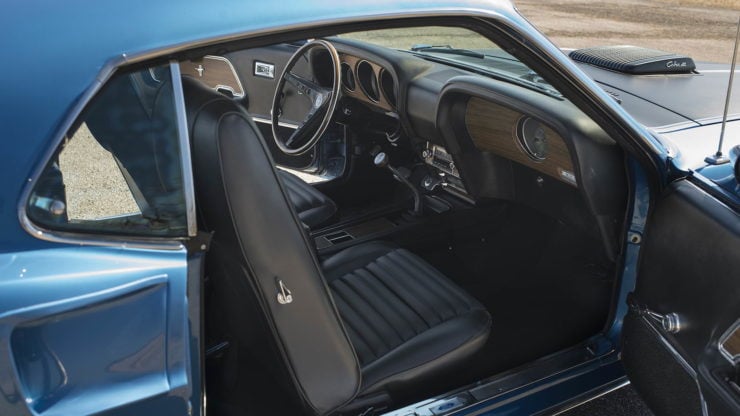 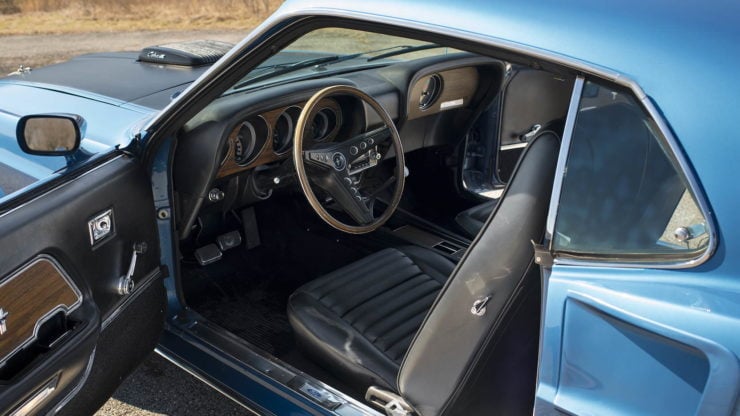 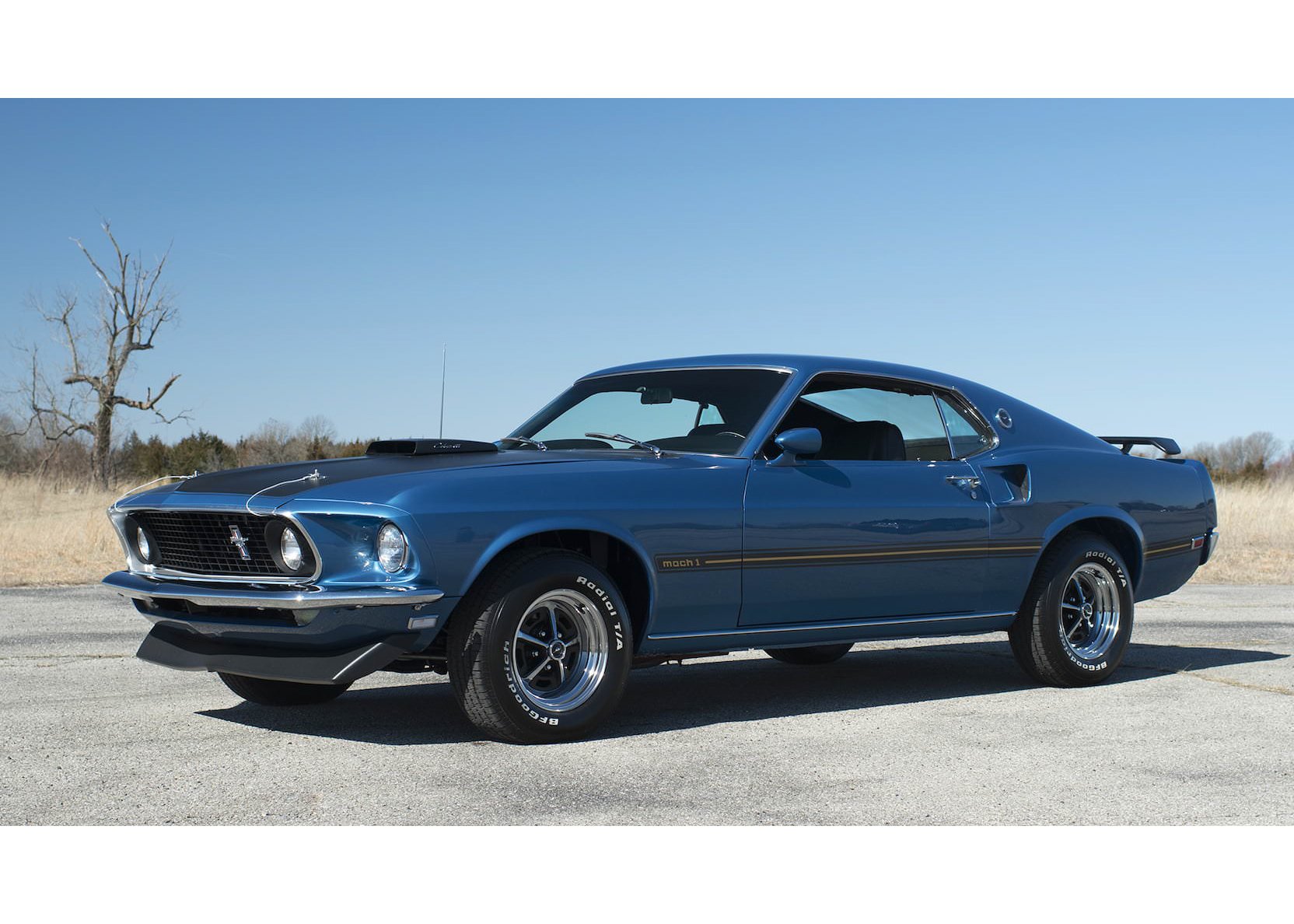