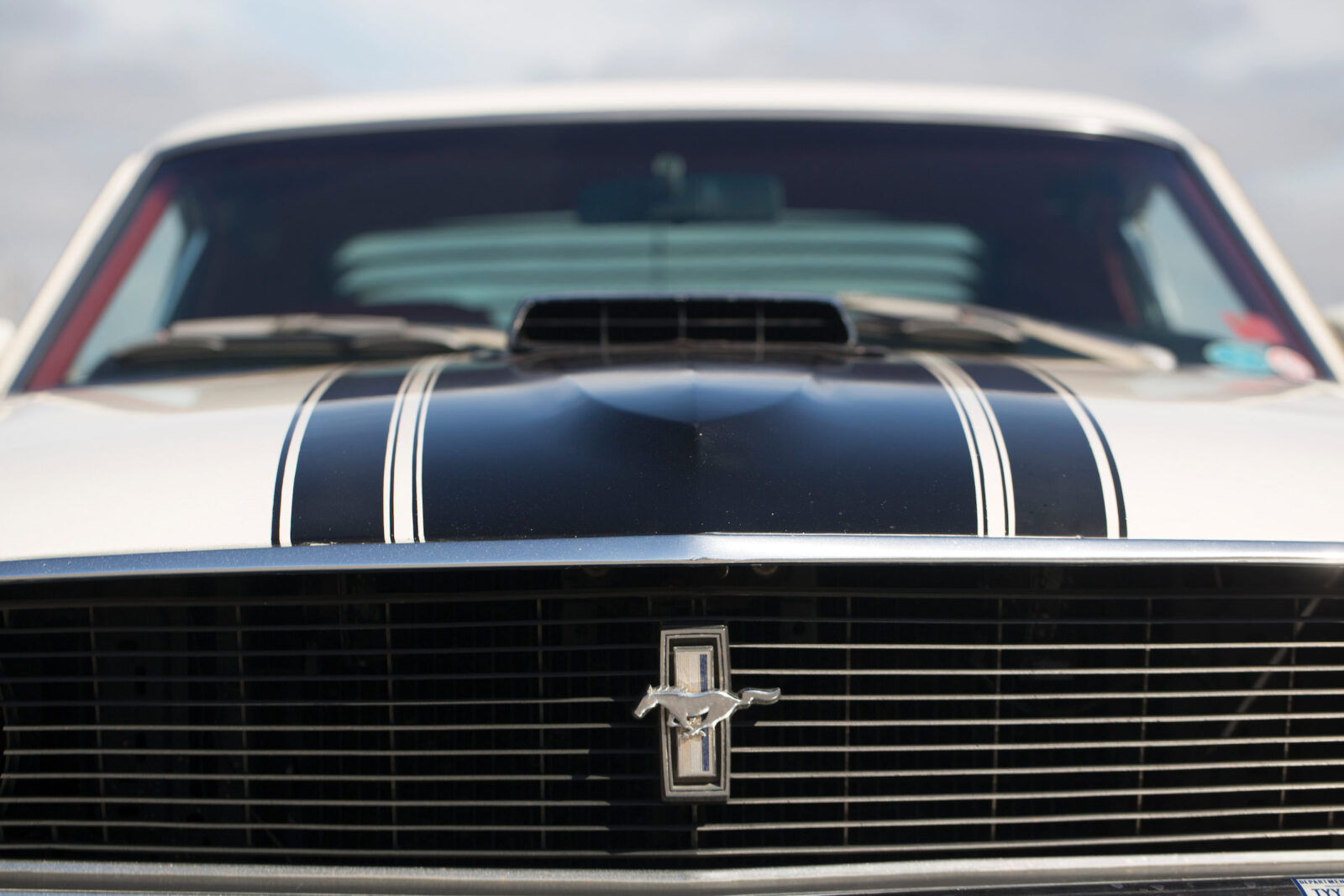 The 1970 Ford Mustang Boss 302 was the second and final year of the now highly-collectible pony car. Despite the fact that it was only built for the 1969 and 1970 model years, the car developed a reputation that lives on today almost 50 years later.

Both the 1969 and 1970 Ford Mustang Boss 302 were built to homologate the model for the popular SCCA Trans-Am Series, which limited engine displacement to 5 litres (305 cubic inches).

The arch-enemy of the Mustang was the Chevrolet Camaro, and in 1968 the Camaro had won the Trans-Am Championship – resulting in a big sales boost and a big kick in the pants for Ford’s original pony car.

The project to create the Boss 302 was overseen by Larry Shinoda, a designer who had previously created the Mako Shark show car at GM, penned the final design for the 1963 Corvette Sting Ray, and led the design work on the revised 1968 Corvette. 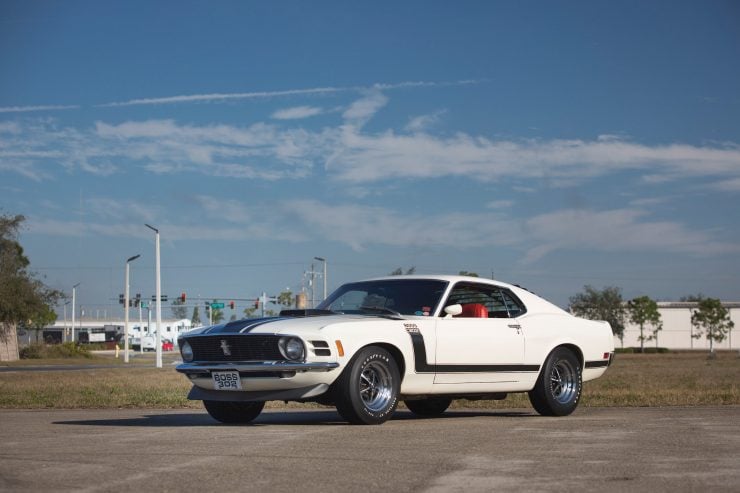 Larry had been born in Los Angeles to parents who were both Japanese immigrants, and he had been interned with them into a “War Relocation Camp” during WWII. It was in this camp that his love of design first became apparent, when he designed a pair of ingenious reclining back chairs for his mother and grandmother.

In 1968 Semon “Bunkie” Knudson controversially moved from GM to Ford, he almost immediately head-hunted Larry, his former GM colleague, to move to Ford with him and take over the project to create a new Mustang to beat the Camaros in the Trans-Am Championship.

The project was kept largely secret within Ford, and whenever someone without suitable “clearance” asked Larry what he was working on, he would smile and say “the Boss’ car” – referring to Knudson. This moniker stuck, and when it came time to officially name the new fire-breathing 302 cubic inch Mustang there was very little discussion before “Boss” was chosen.

Although 302 cubic inches doesn’t sound like a lot when discussing American V8s, the 302 bolted into the engine bay of the Boss 302 was a very special engine.

It was created specifically for the Trans-Am series and as such it came with 4-bolt mains (4 bolts instead of 2 securing the main caps on the crankshaft), modified high-flow heads from the 351 cubic-inch Cleveland V8, a unique mechanical cam with a “high-lift” design, a crankshaft made from forged steel and balanced both statically and dynamically, a high-flow aluminum intake, a Holley 780 cfm carburetor, and dual exhausts. 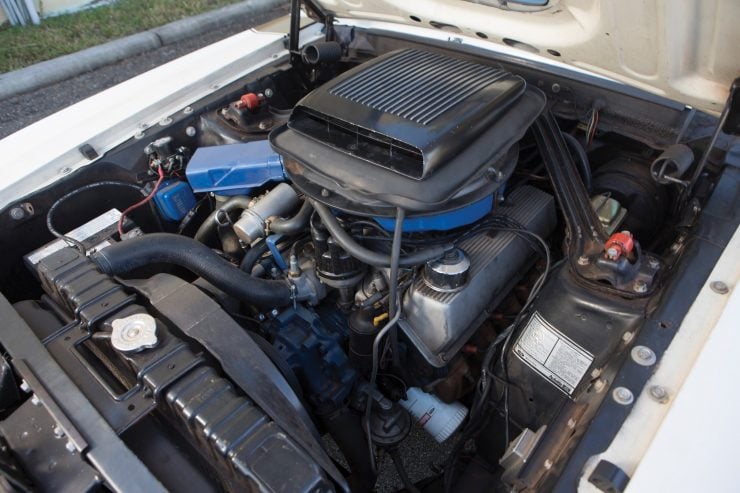 Due to the design of the engine it could spin up to 8,000 rpm and higher if you weren’t careful, so it was decided to use a rev-limiter with a maximum engine speed of 6,250 rpm.

It wasn’t just the engine that received special attention, the suspension was reworked too, with heavy-duty front coils and rear leaf springs, staggered heavy duty “Gabriel” rear shocks, and a 0.85 inch sway bar was used up front. Power assist was added to the front disc and rear drum brakes – combined this gave the Boss 302 handling and stopping power that was a revelation by pony car standards, and it put the Camaro on notice.

The car you see here is a little more special than most, it features in the film Trading Paint, starring John Travolta and Shania Twain (due for 2018 release). Travolta stars as a race car driver competing against his son, battling to overcome both family and professional conflicts (according to IMDB).

The car had its original engine block replaced with a new short-block assembly in 1975, though it kept the original intake and exhaust manifolds, the rev limiter, emission-control equipment, and the rebuilt original heads.

It comes with extensive documentation, including the original sales and financing contracts, the salesman’s business card, the car’s warranty card, the buck tag, and the original owner’s manual. It also has Marti and Eminger Reports, receipts from throughout the car’s history, and a four-page handwritten letter from the original owner dated 2010. 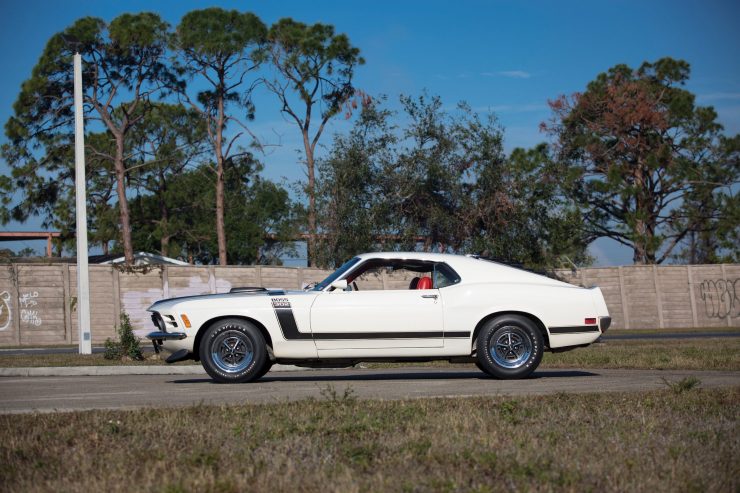 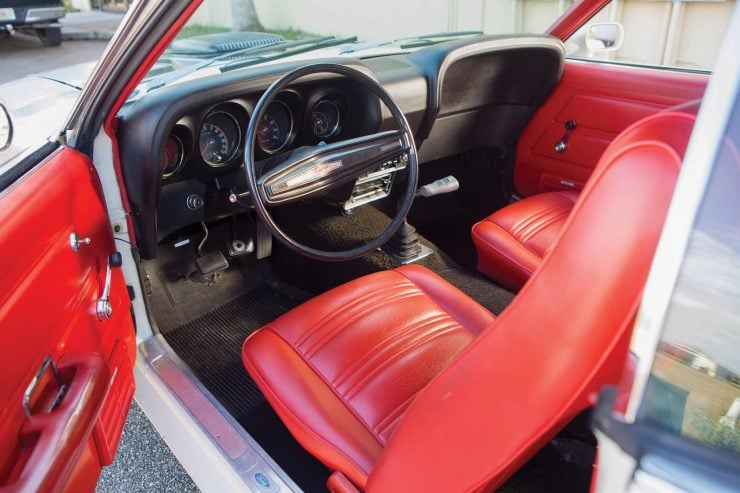 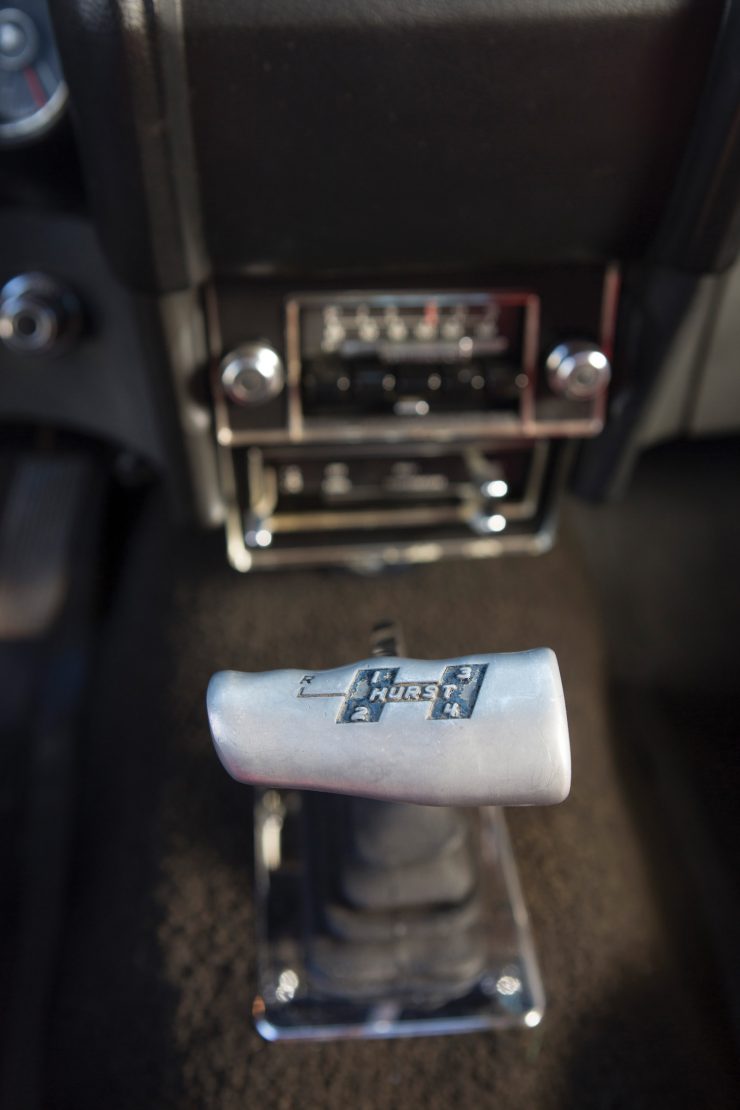 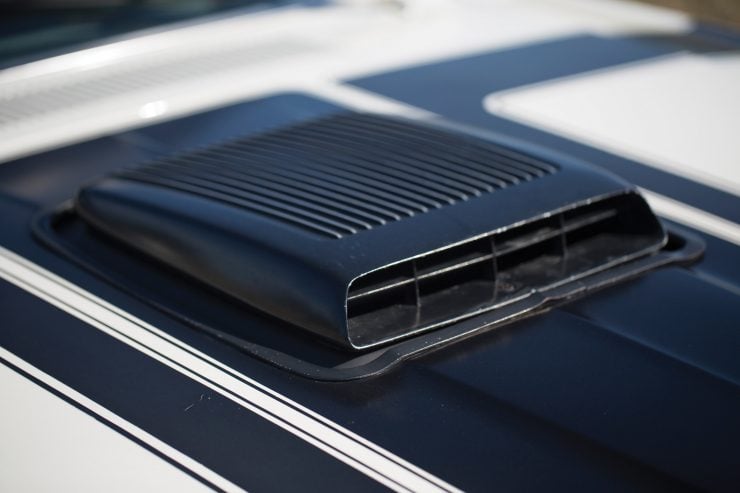 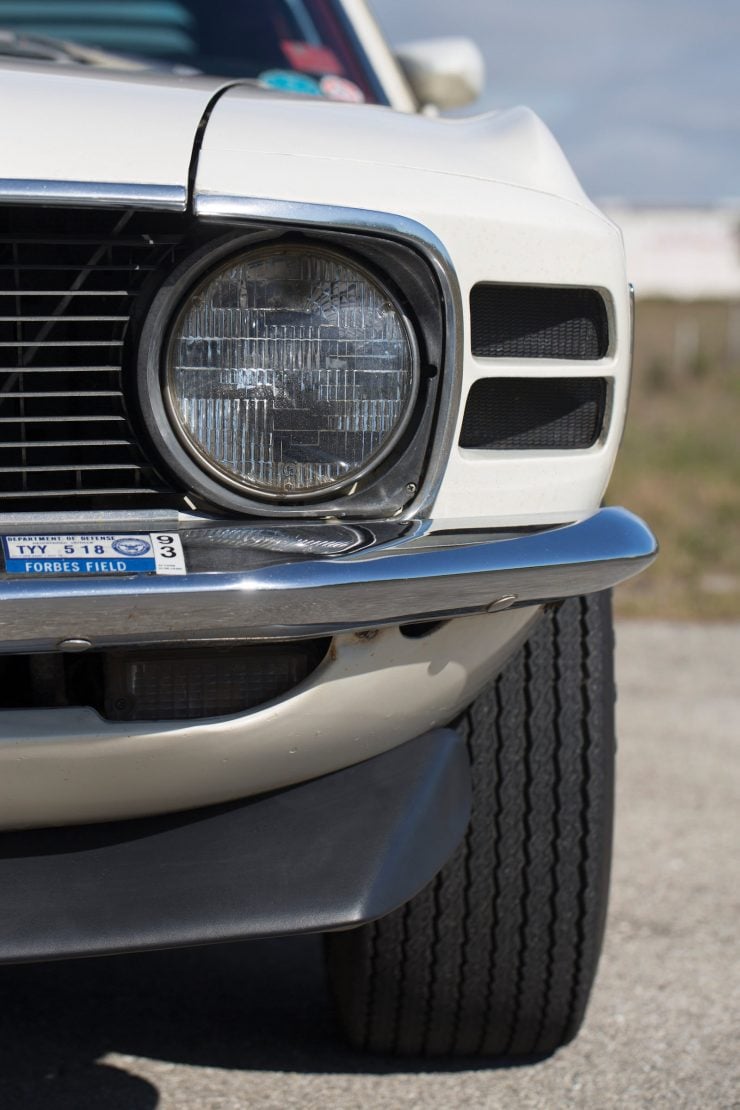 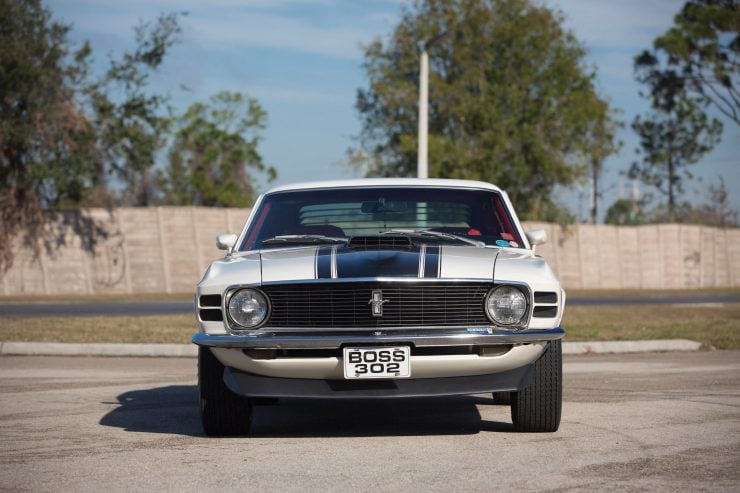 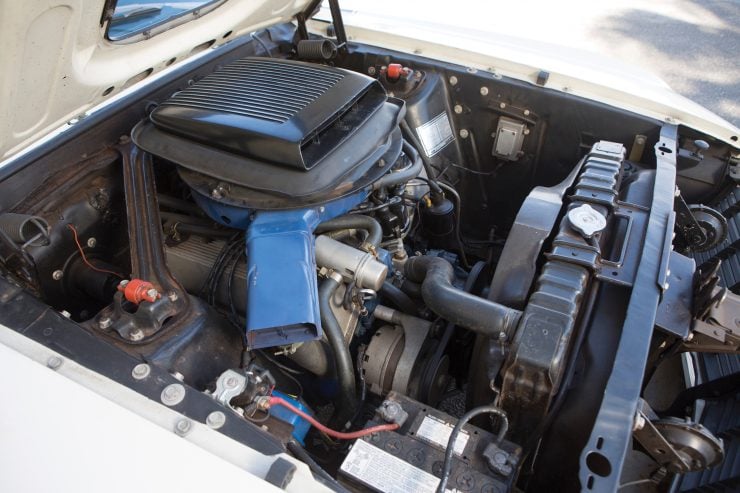 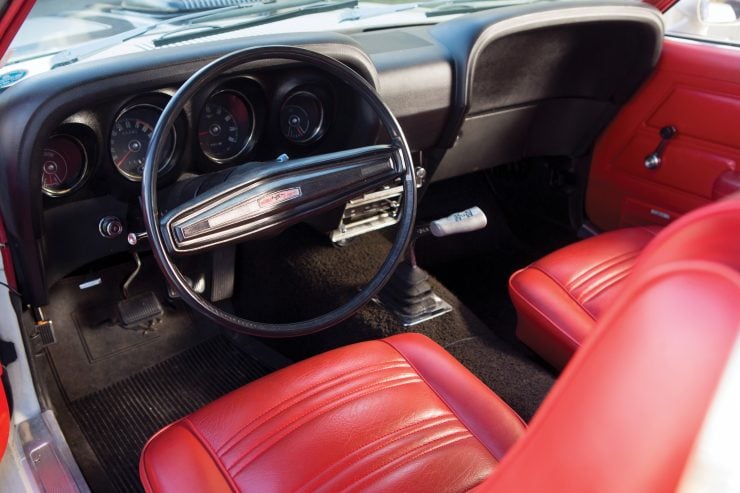 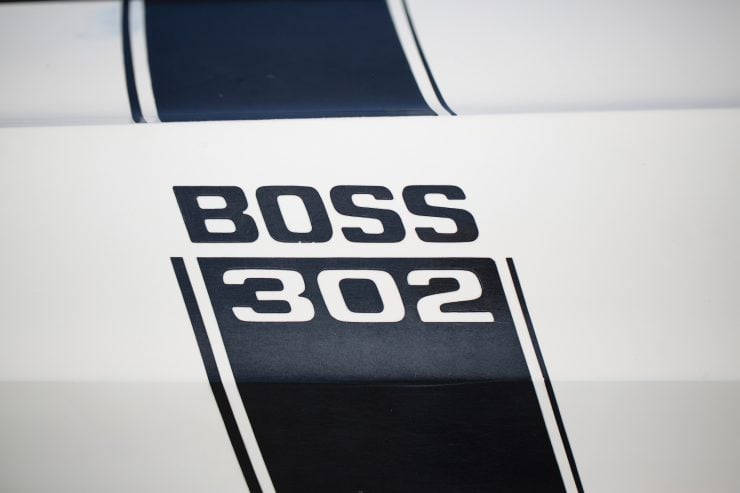 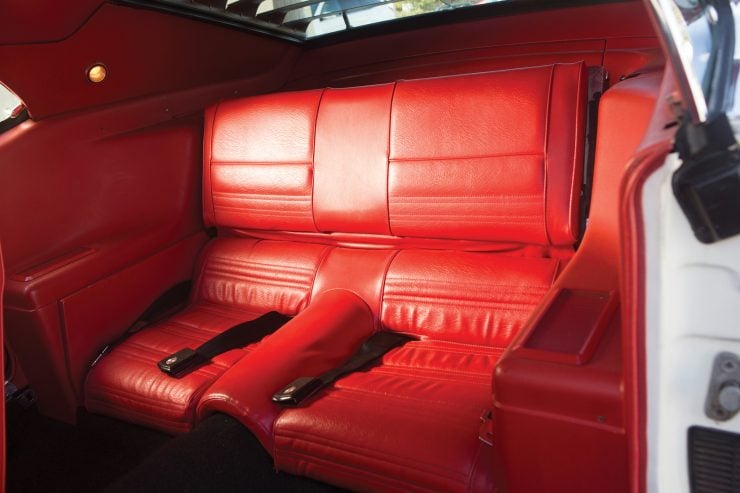 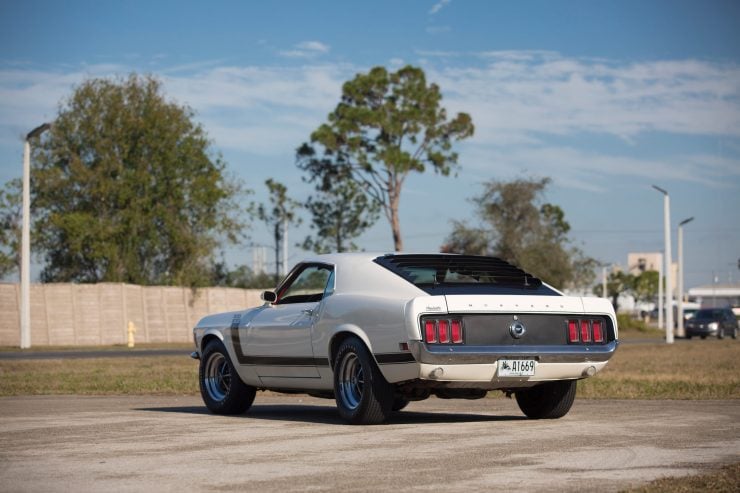 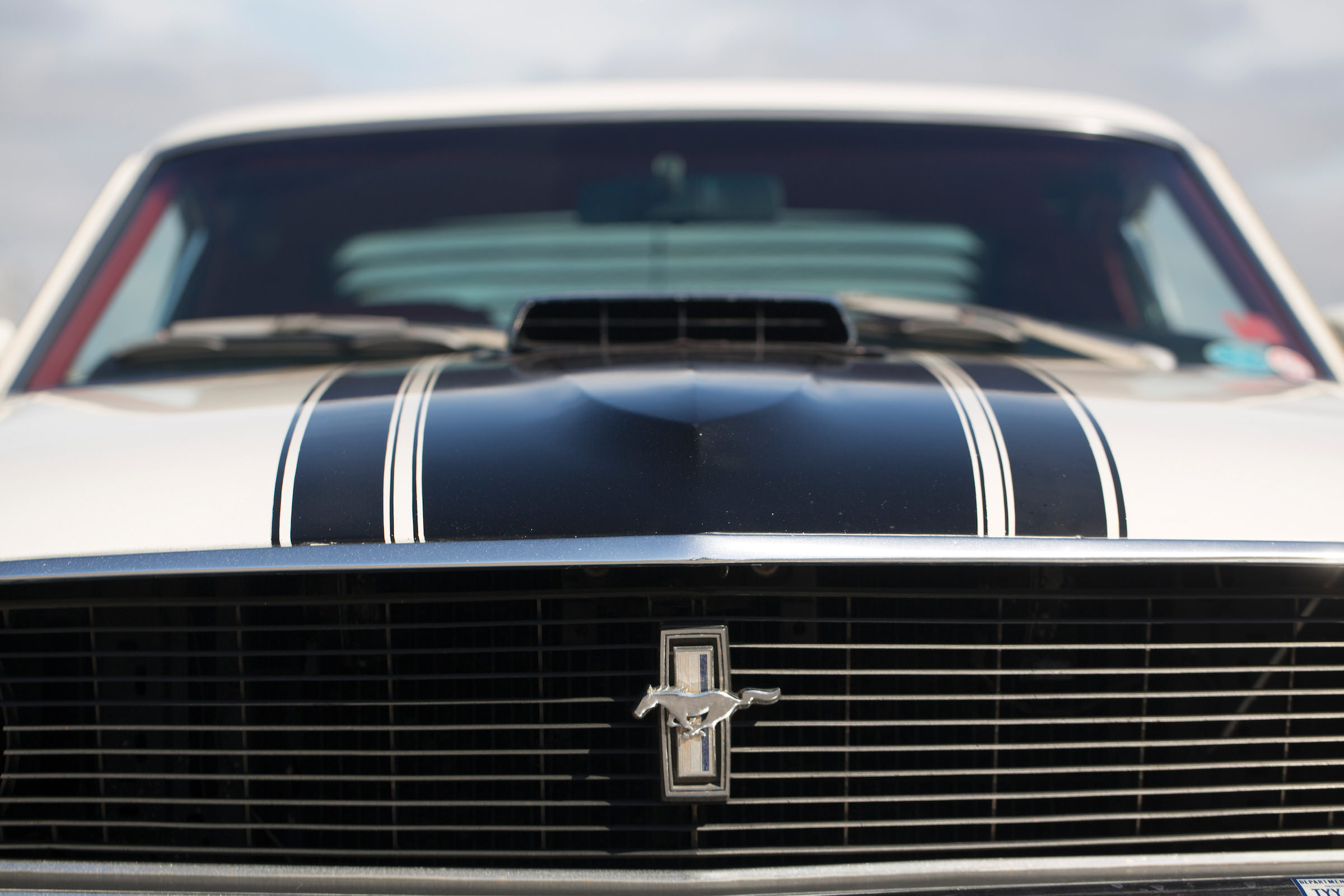