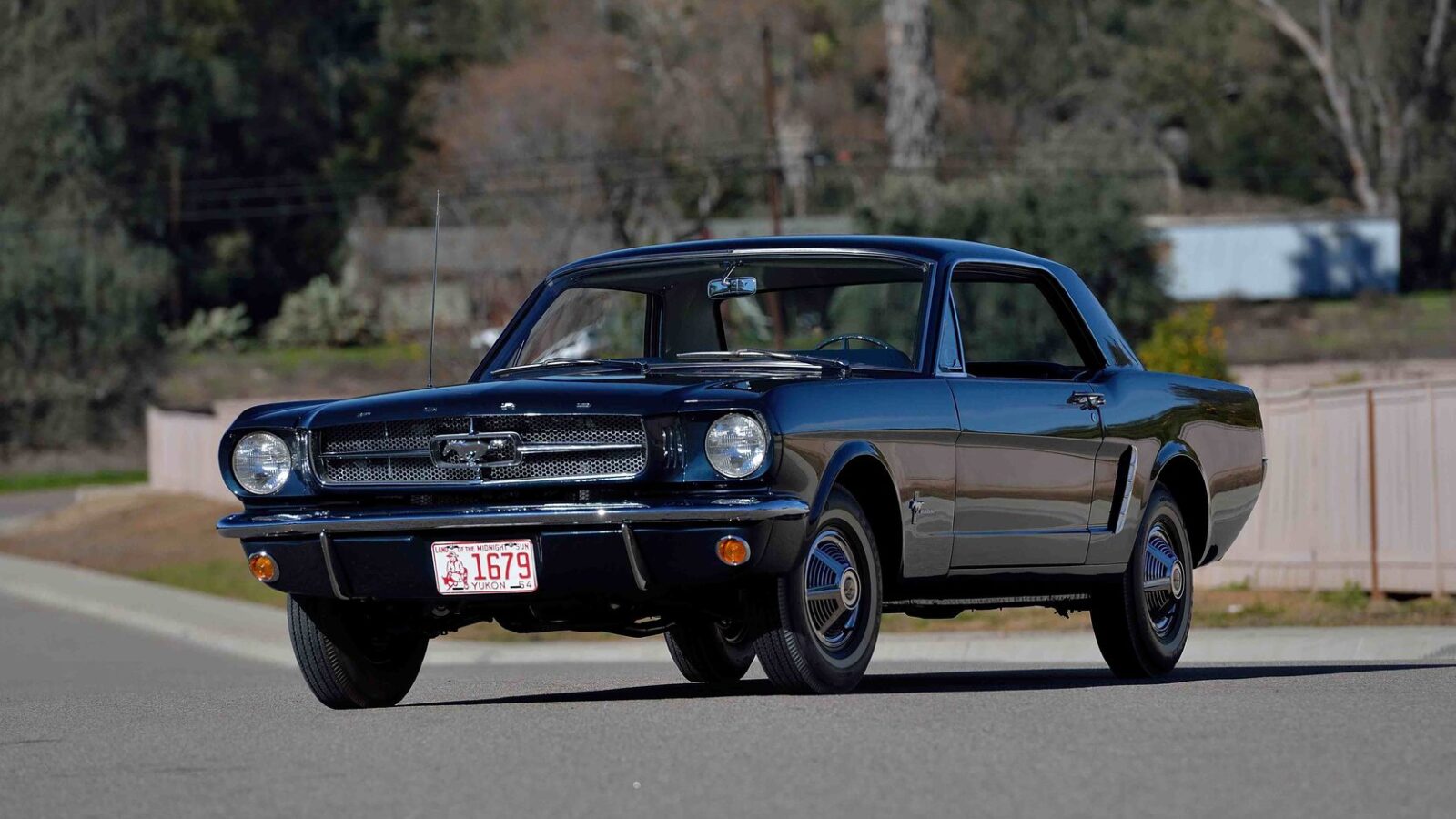 The Ford Mustang has now been in production non-stop since early 1964 – 53 consecutive model years with over 9 million units rolling off various Ford factory production lines. There aren’t many cars that can match the numbers achieved by the Mustang, or its cultural impact in the USA and around the world – including the founding of the pony car revolution in the mid-1960s. The car you see here has the distinction of being the first hardtop Mustang – it was a pre-production prototype used to train the workers who eventually built the model at the Dearborn Assembly Plant.

The Arrival of the Ford Mustang

Ford created the Mustang in just 18 months, they used a range of parts from pre-existing models like the Fairlane and Falcon to accelerate the development cycle. The car shared the same platform as the second generation Ford Falcon, with a small bench seat in the rear, and twin bucket seats up front.

The design brief for the Mustang had been proposed by Lee Iacocca – he wanted to build a car that would weigh less than 2500 lbs, be no more than 180 inches long, have a floor-mounted shifter, front bucket seats, and seating for 4 people. The 1950s had been a period when cars had become ever larger – so the idea of building a smaller, lighter, more sporty car was a gamble.

On the 16th of April 1964, the day before the official release of the Mustang, Ford ran simultaneous ads on all three major networks – ABC, NBC, and CBS. The next day Ford dealers across the country were flooded by Mustang buyers – they sold over 22,000 on the first day. Ford had initially anticipated 100,000 sales in the first year, but they surpassed this number in just 3 months, and hit 318,000 by the end of the year. 18 months out from launch they sold their 1 millionth Mustang – and other US automakers were scrambling to launch their own pony cars to capitalise on the lucrative new genre.

As the ’60s rolled on the Chevrolet Camaro, Pontiac Firebird, AMC Javelin, and Dodge Challenger would be launched in the USA, with the Mustang-influenced Toyota Celica and Ford Capri launching in Japan and Europe respectively. Funnily enough the Plymouth Barracuda was actually launched 16 days before the Mustang, and had it been more successful, it would likely have been remembered as the car that created the genre that’s now credited to the Ford. 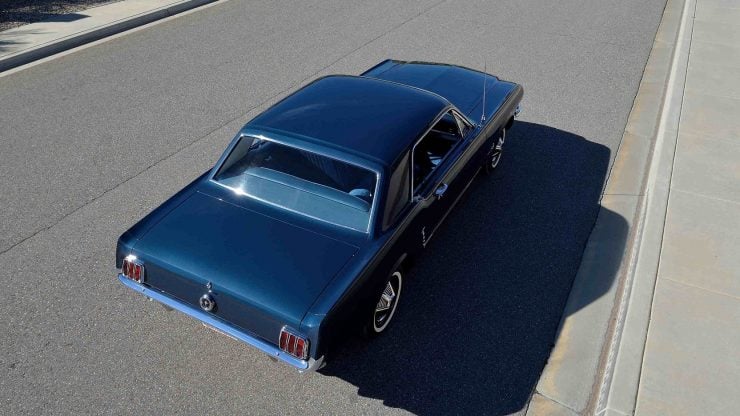 The car you see pictured here is chassis 5F07U100002 – a Caspian Blue 1965 Mustang with the earliest production number for a Mustang coupe. It was waiting in partially assembled form for the workers at the Dearborn Assembly Plant on Monday the 10th of February 1964, the day after many of them had watched the Beatles’ debut on The Ed Sullivan Show.

The new Mustang was there to teach them about the model as part of pre-production preparations, as these were the workers who would build the Mustangs used for North American PR duties. Interestingly the first two cars, convertible 5F08F100001 and hardtop 5F07U100002, were going to be sent to Canadian Ford dealers so they could have display Mustangs on their showroom floors on launch day – April 17th.

Although it had initially been intended for Brown Brothers Ford in Vancouver, chassis 100002 somehow ended up at Whitehorse Motors in the Yukon Territory in May, totally missing the important launch.

Decades later the car would be discovered by Bob Fria, a Mustang historian and an expert on early production cars. In Bob’s hands it underwent a 2 year restoration to all-original specification, and was displayed at Ford World Headquarters during Ford’s 100th anniversary – where it was photographed with Lee Iococcca (image below).

The first two serialised cars are 100001 – a convertible, and 100002 – the hardtop shown here. Chassis 100001 belongs to the Ford Motor Company and is on permanent display at The Henry Ford Museum. 100002 is due to sell via Mecum in late May at the Indianapolis Auction.

There’s no listed value estimate but due to the car’s status as the first hardtop we expect it to receive a huge amount of interest from the collector community – and it’s very possible that Ford will have a representative in the room with a lot of capital behind their bidding paddle. Click here to visit Mecum and read the listing. 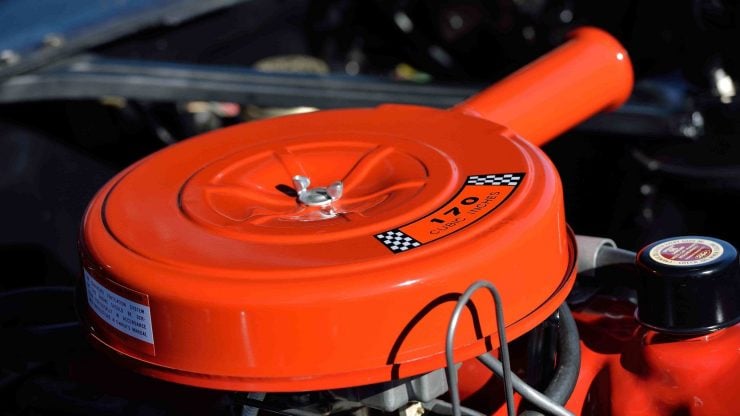 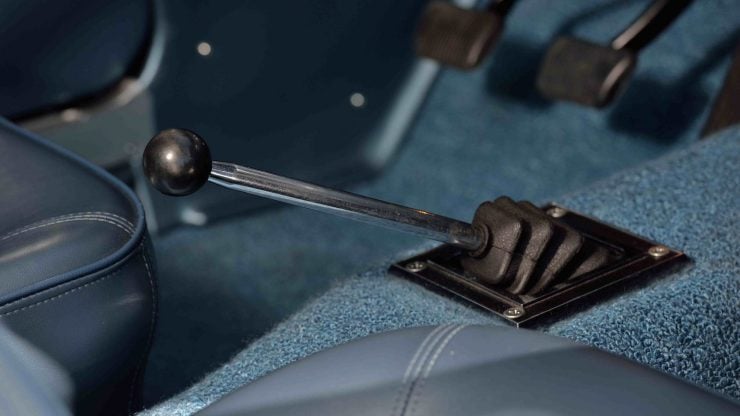 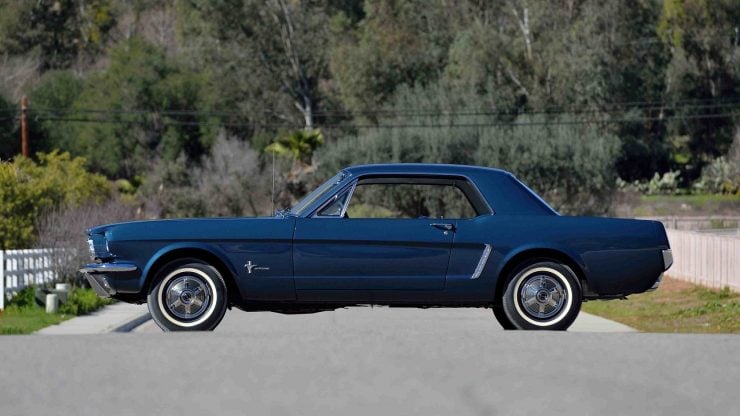 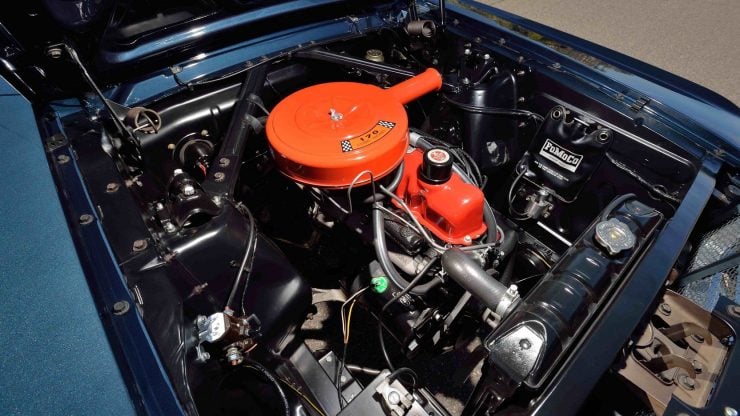 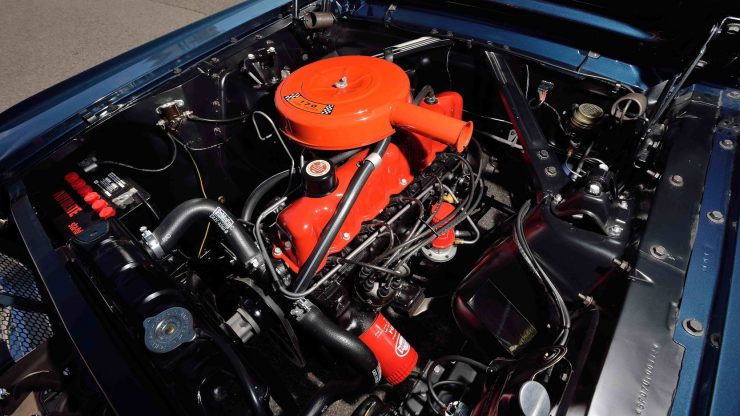 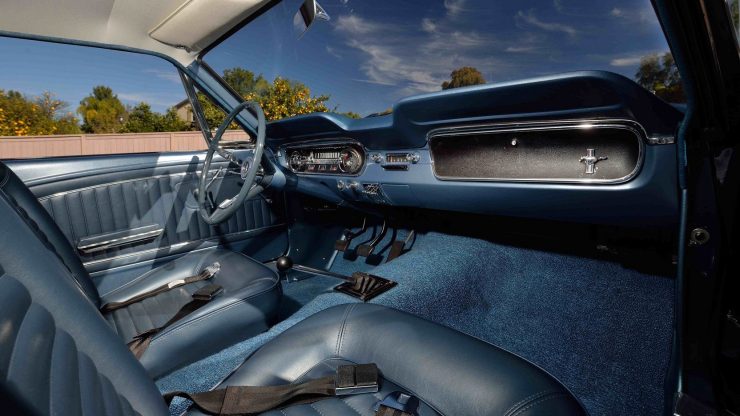 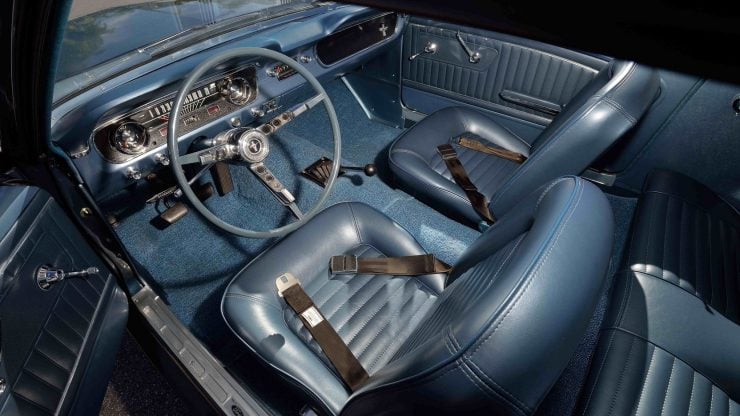 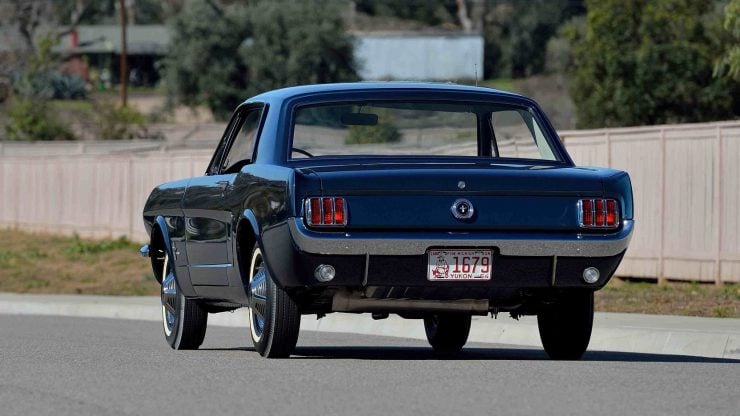 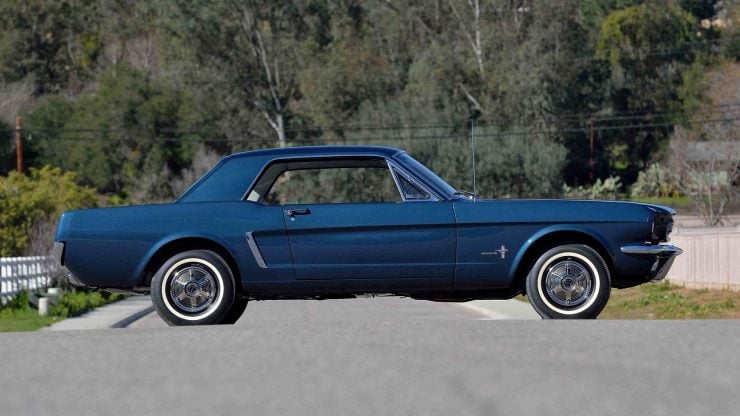 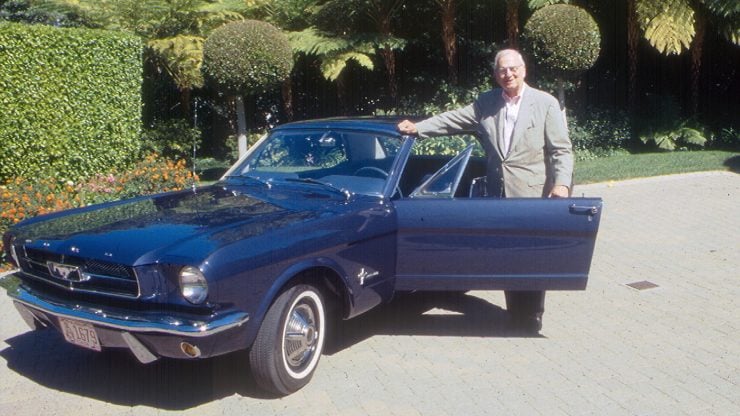 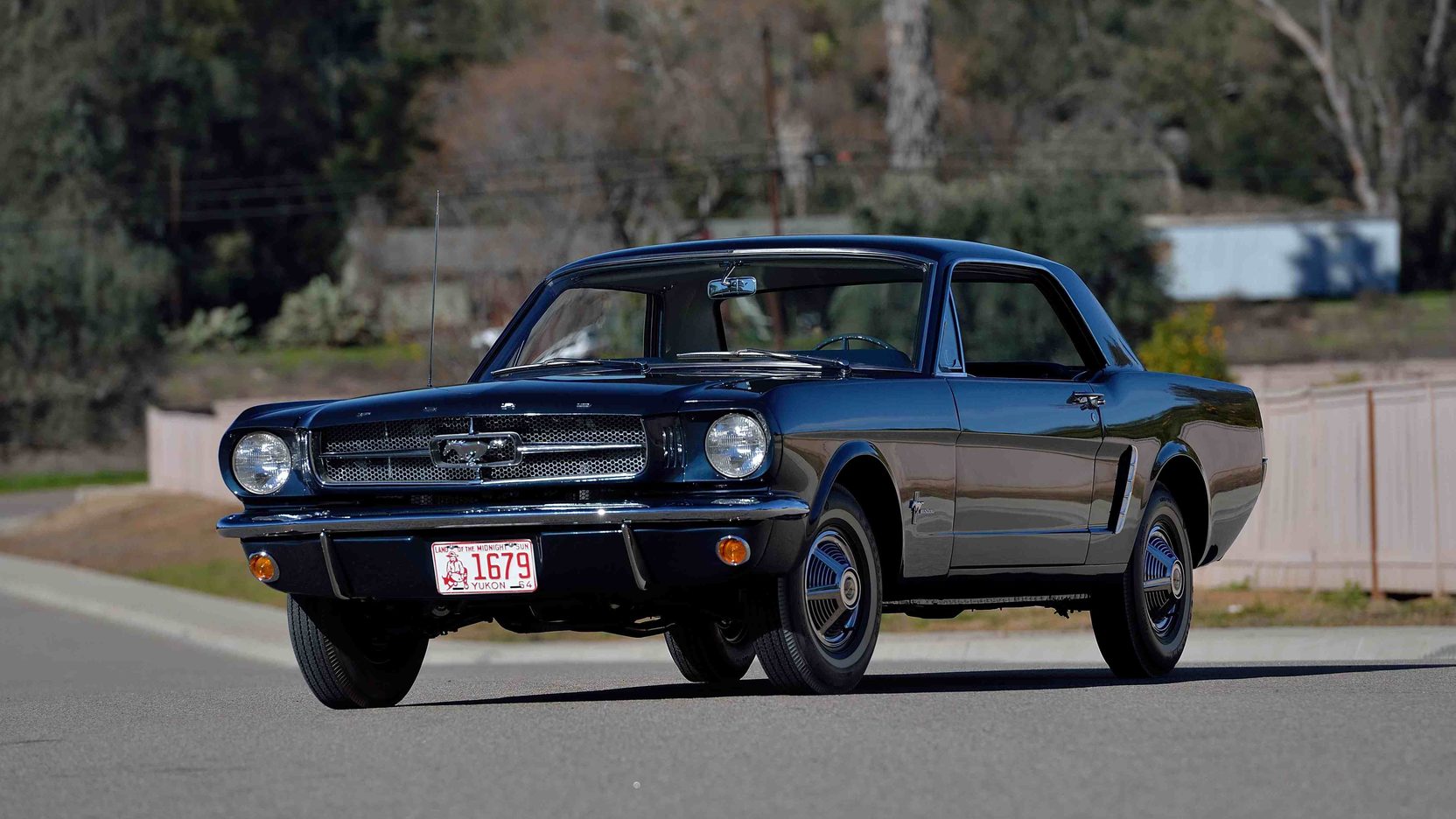