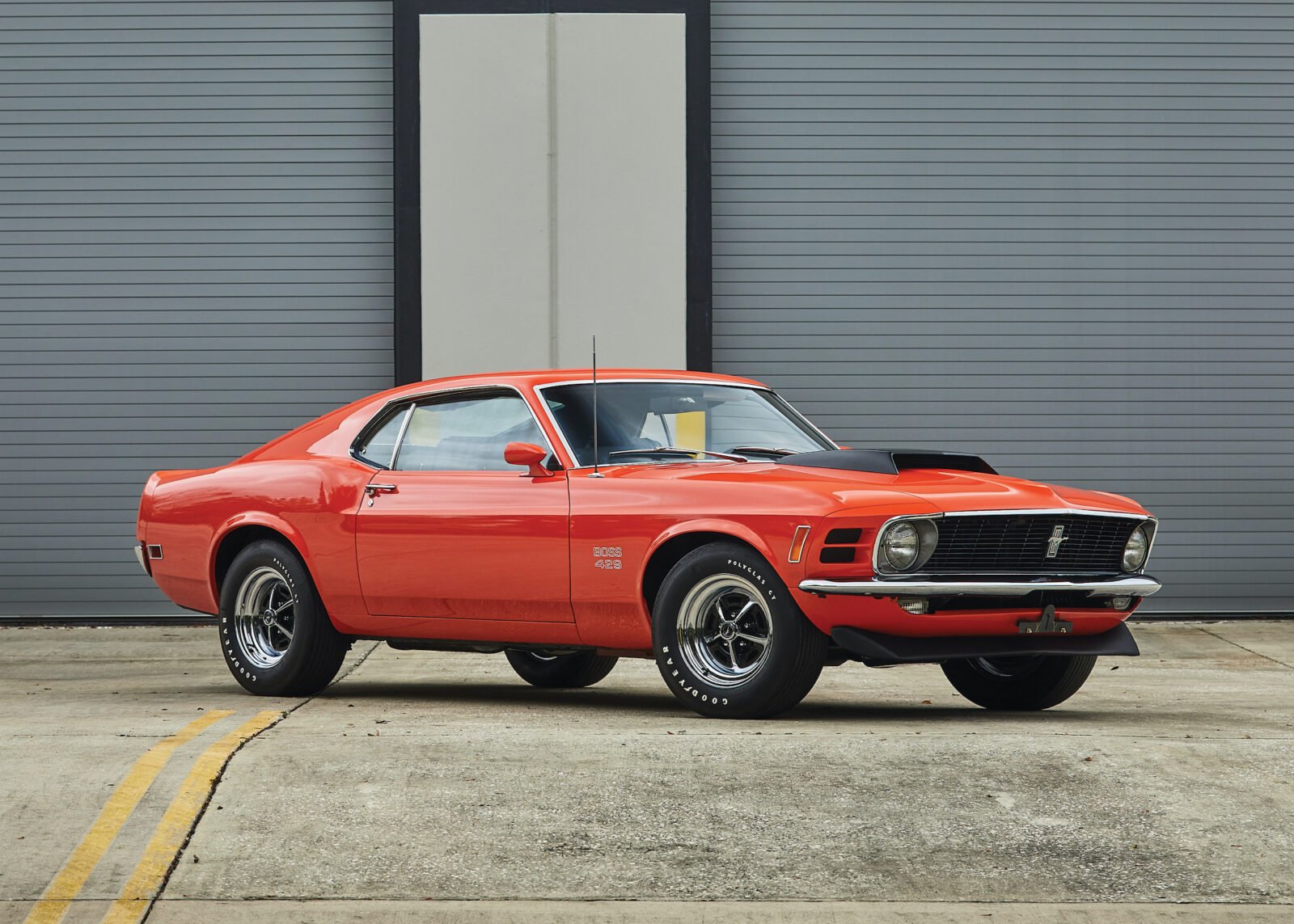 The Ford Mustang Boss 429 was created specifically to homologate Ford’s 429 cu. in. semi-hemispherical V8 engine for NASCAR competition. Ford needed an engine that could compete with the 426 cu. in. Chrysler Hemi on NASCAR circuits around the United States and win – as the old saying goes “win on Sunday, sell on Monday”. 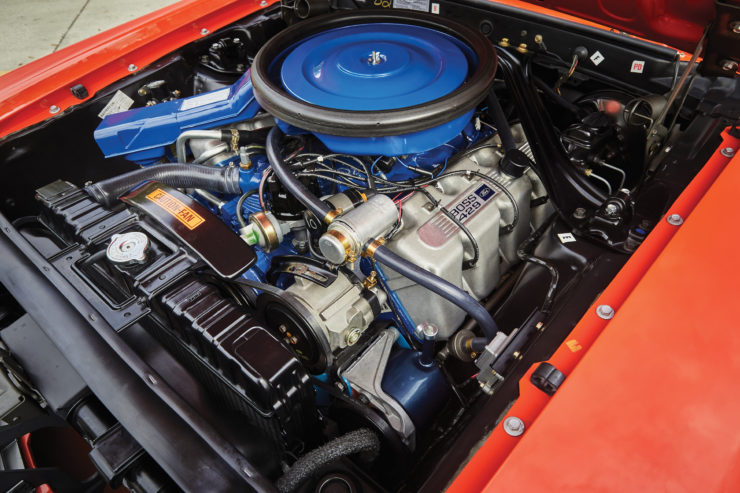 Rather than redesign the Mustang, Ford sent a Cobra Jet Mustang to Kar Kraft in Dearborn, Michigan. Kar Kraft was operating as Ford’s dedicated race car building Skunk Works division at this time and they’d done extensive work on the GT40s which had been so dominant at the 24 Hours of Le Mans. The team at Kar Kraft looked at the engine, measured the engine bay, and realised they were going to need to cut out the shock towers and reposition them to make it fit – even then it would only just squeeze in.

A series of other improvements were made to the car to help contain both the power and the weight of the new engine, sway bars were fitted front and rear, competition suspension was fitted, an engine oil cooler was installed, the battery was moved to the trunk, power disc brakes were fitted up front, wide F60 × 15 tires were used, the strong Toploader 4-speed manual transmission was a mandatory option, as the a 3.91:1 Traction-Lok rear axle.

The new 1969 Ford Mustang Boss 429 was rated at 375 bhp at 5,200 rpm and 450 ft lbs of torque at 3,400 rpm, though it’s commonly believed that these numbers were well below the actual output numbers. Car makers at the time had a habit of under-rating power numbers to keep insurance premiums within the realm of affordability.

Just 859 examples of the 1969 Boss 429 were built, minor modifications were included for the 1970 model year Boss 429 but just 499 were sold. The car was discontinued for 1971, and the combination of its rarity and power output have resulted in the Boss 429 becoming one of the most desirable, and more expensive muscle cars from the era – at least one of them has sold at auction for $500,000 USD. 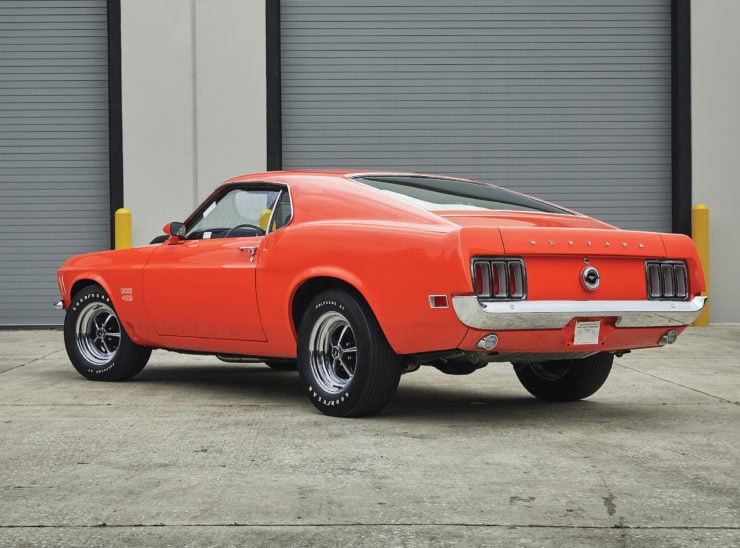 The car you see here is a Ford Mustang Boss 429 that was given a careful restoration by marque experts Kevin’s Klassics of Cannon Falls, Minnesota in the early 2000s, and it remains in excellent condition throughout.

According to the Deluxe Marti Report, this Boss was originally delivered to certified dealer Mr. Ray Whitfield Incorporated of Taylor, Michigan. The Mustang was specified with various optional extras, including power front disc brakes, competition suspension, a front air spoiler, and the drag pack.

Today the car sports its factory colors, striking Calypso Coral over black and it’s riding on correct wheels and Goodyear Polyglas tires. The car recently won a Concours Trailed Gold award from the Mustang Club of America. If you’d like to read more about the car or register to bid you can click here to visit the listing on RM Sotheby’s. 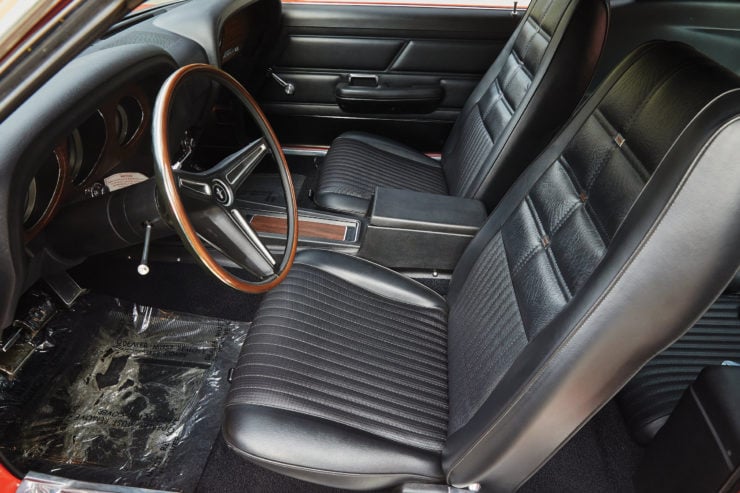 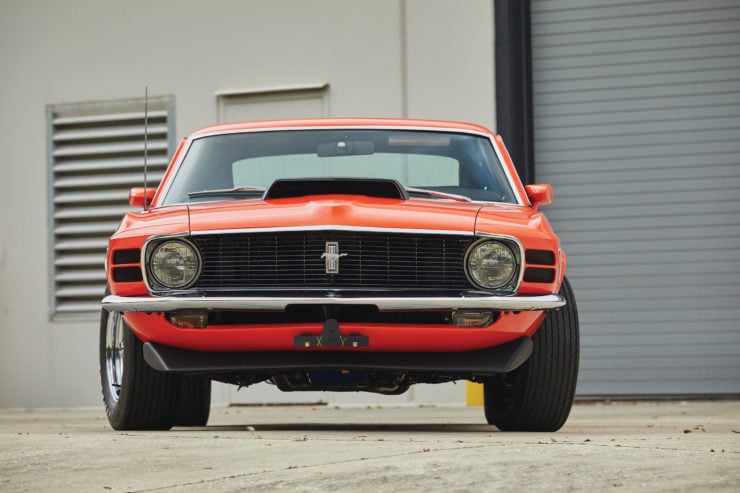 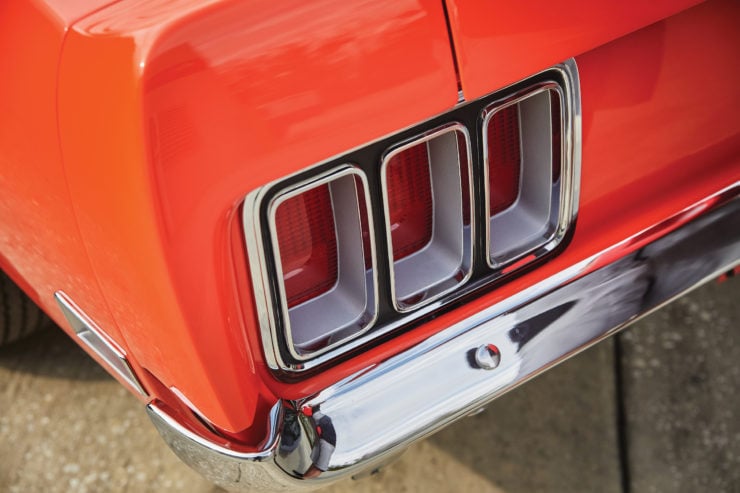 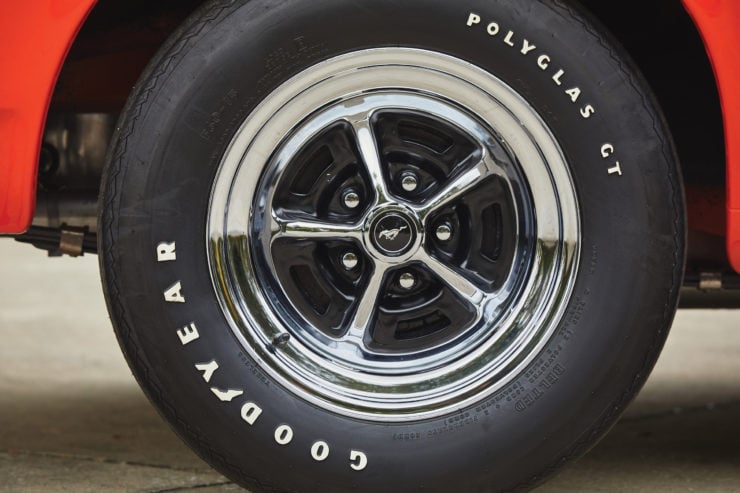 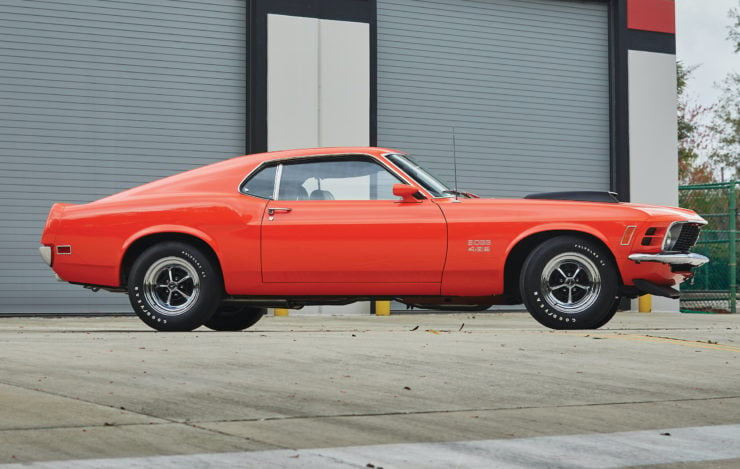 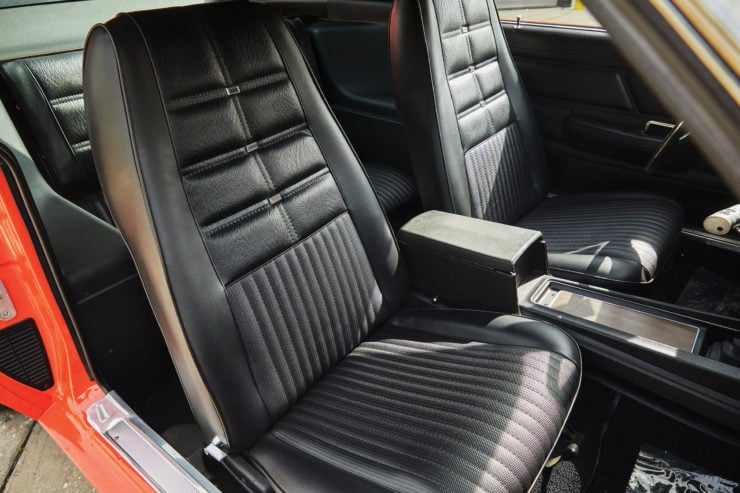 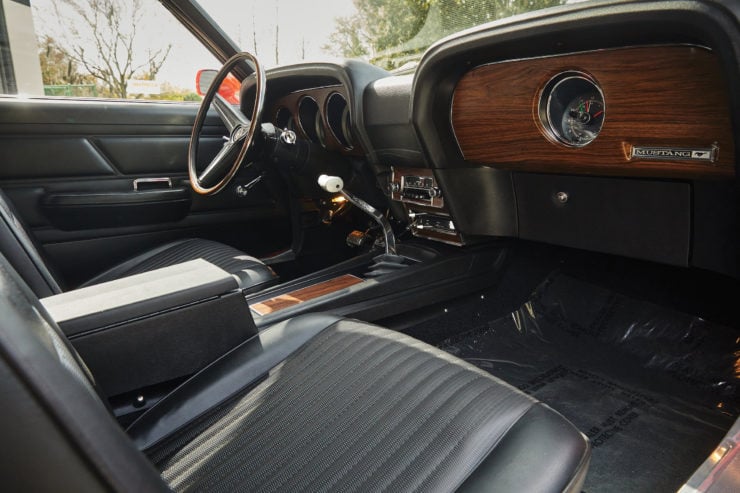 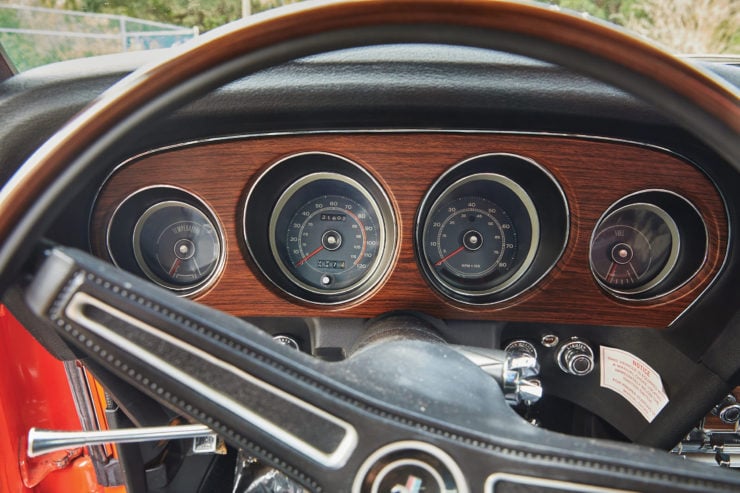 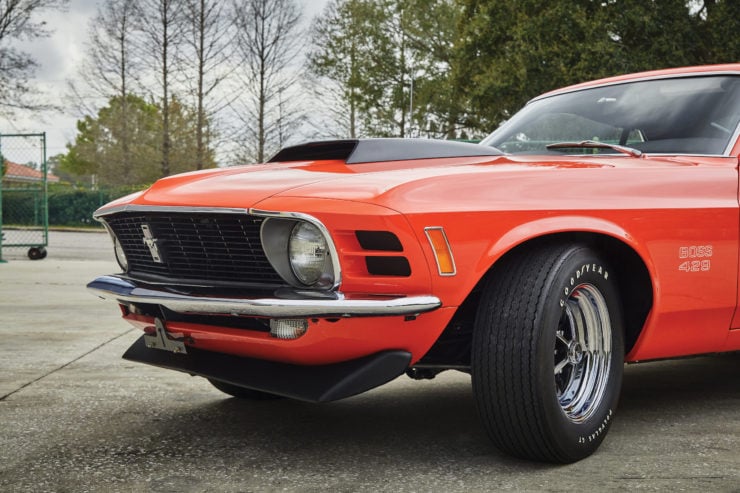 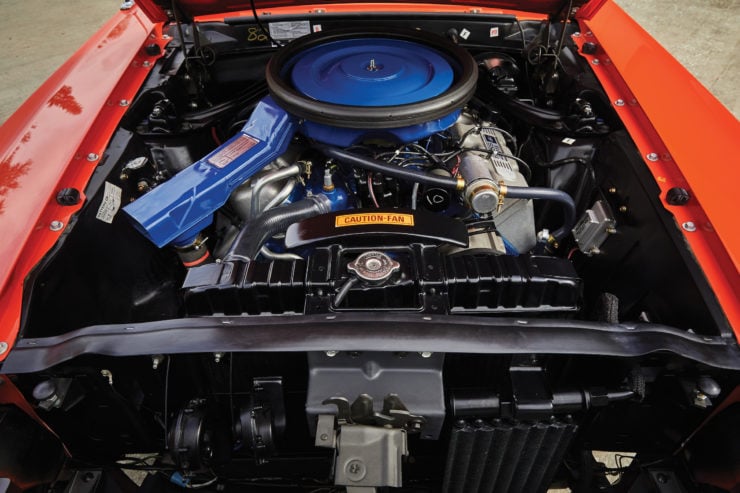 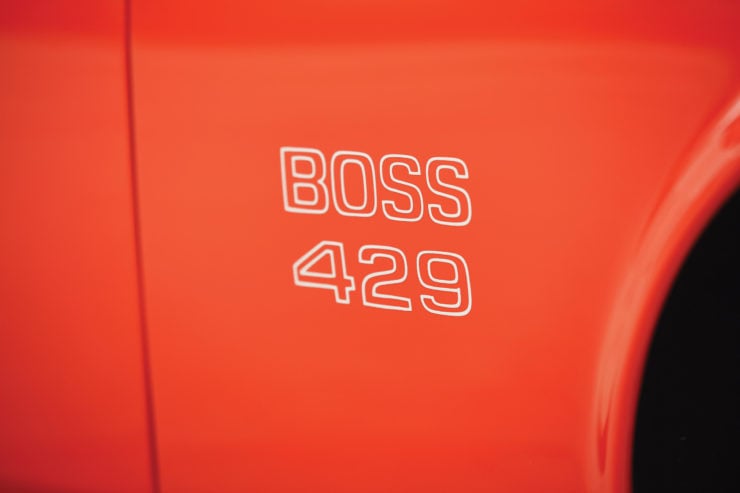 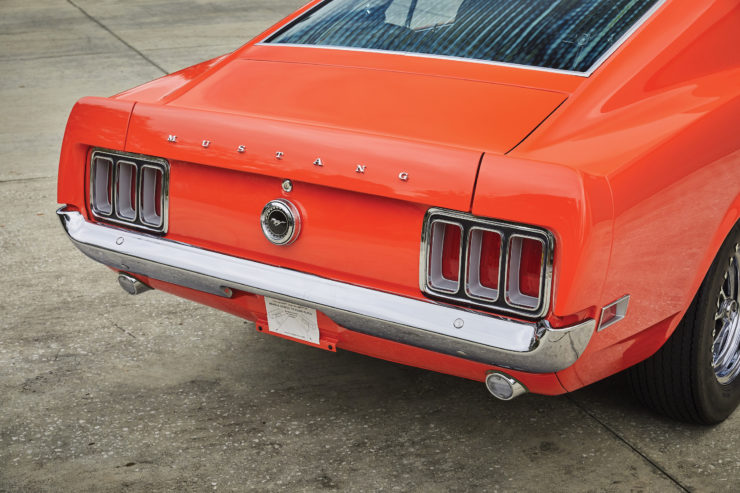 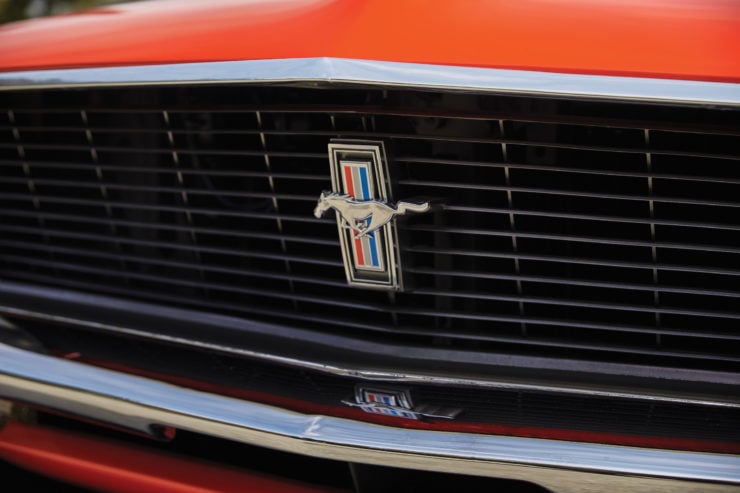 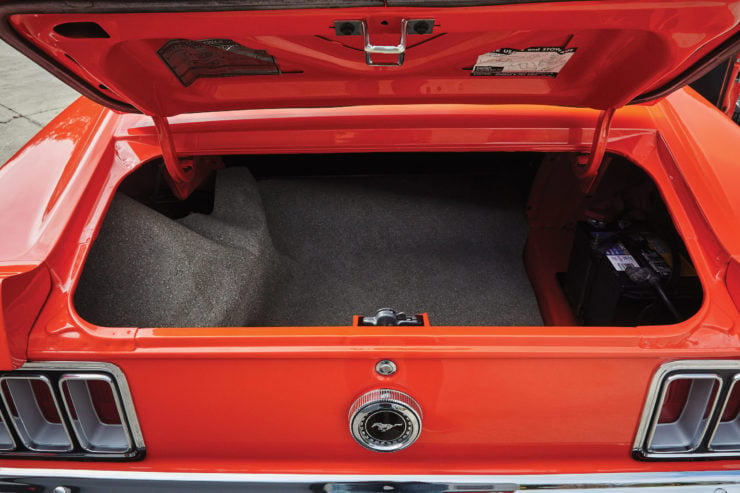 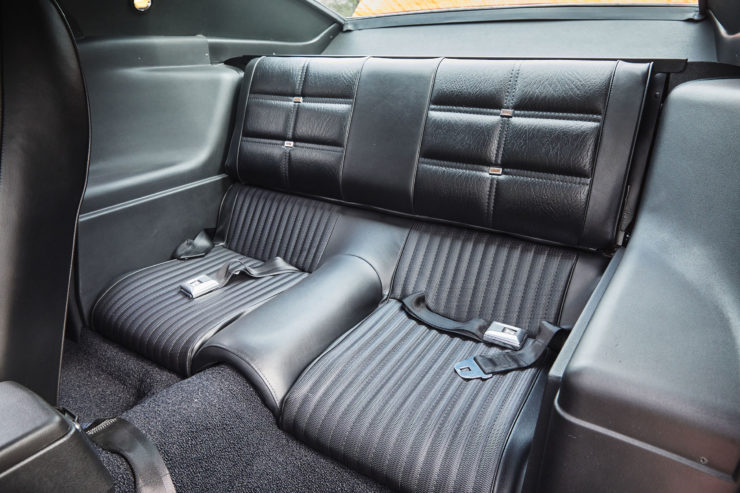 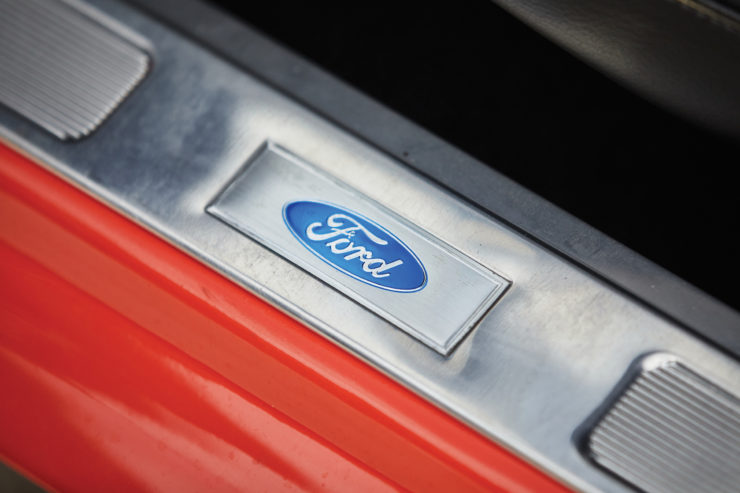