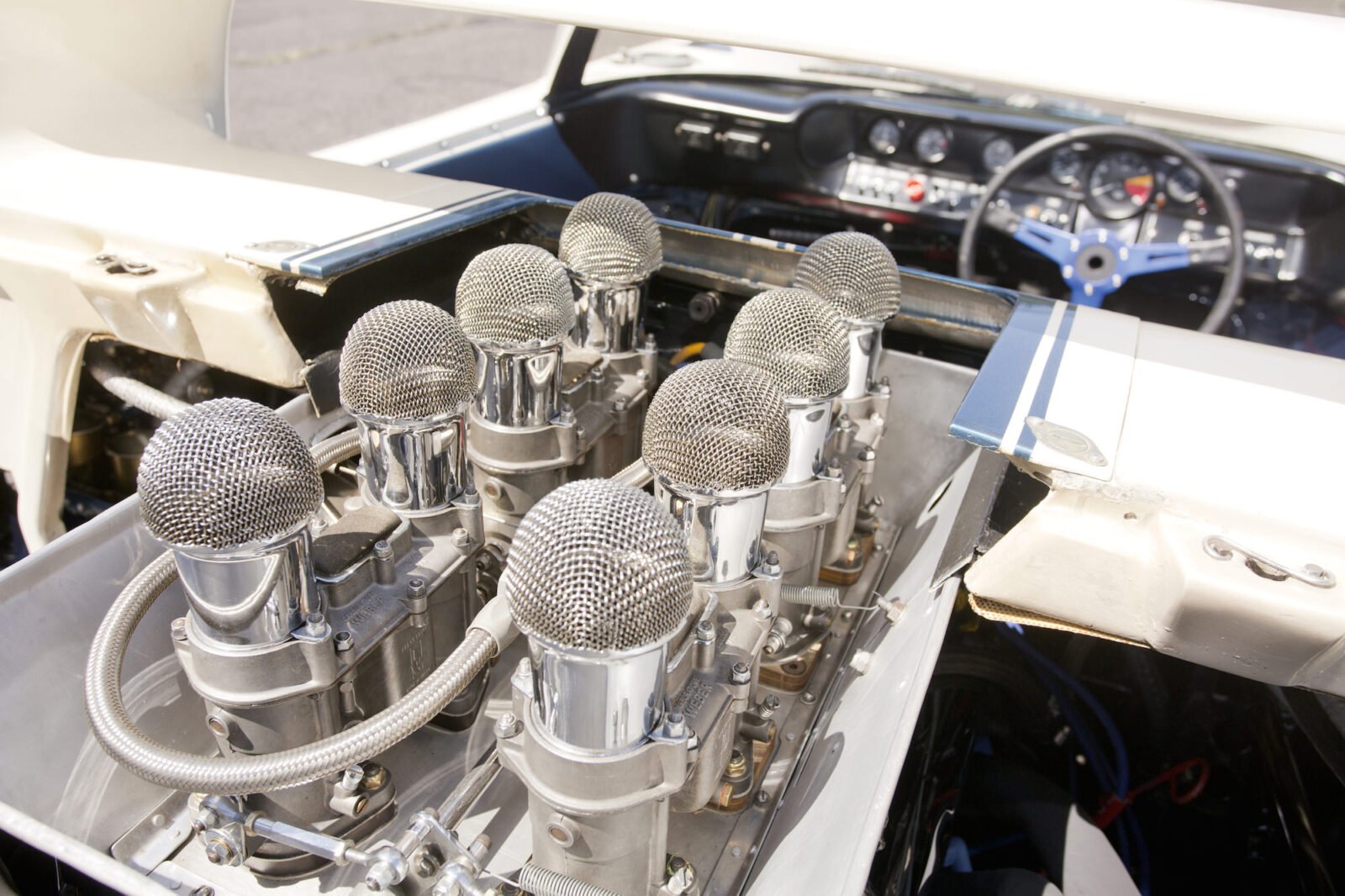 The Ford GT40 is a car that needs no introduction, the car was developed as a direct result of Enzo Ferrari’s abrupt and last minute pull-out of talks about selling the Ferrari marque to the Ford Motor Company.

Henry Ford II was incensed, his company had spent millions on a full audit of Ferrari and it was believed that negotiations were successfully drawing to a close. Enzo decided to pull out when he discovered that he wouldn’t be able to retain control of the Ferrari racing division – which had always been his true passion.

Ford immediately began looking for a race car builder who could create a Ferrari-killer in record time. He started negations with 3 British companies – Lotus, Lola and Cooper. Lola came through with the successful bid, largely based on their own car – the Lola MK 6.

The development of the GT40 took place in England, the first run of prototypes included 12 chassis, 5 of which were open-top roadsters. These exceedingly rare vehicles were said to be capable of speeds in excess of 200mph (depending on gearing) and were raced in events like the Targa Florio and the 1965 Le Mans trials.

Only 4 of these original GT40 Roadster Prototypes still exist, the 5th was lost to history at some point but some suspect that it’s sitting under a tarp in a barn somewhere just waiting to be rediscovered.

The 1965 Ford GT40 Roadster Prototype you see here is only the second one to come up for auction in the last 10 years, some are predicting that it’ll sell for somewhere in the 8 figure range – possibly making it the most expensive Ford in history.

It’s due to roll across the auction block with RM Auctions at Monterey on the 15th of August 2014, the auction house hasn’t listed a price estimate on it just yet and I don’t envy the person who’s job it is to guesstimate it – the current nature of the classic car market is wildly unpredictable.

If you’d like to see the GT40 Roadster Prototype’s lot listing or register to bid, you can click here. 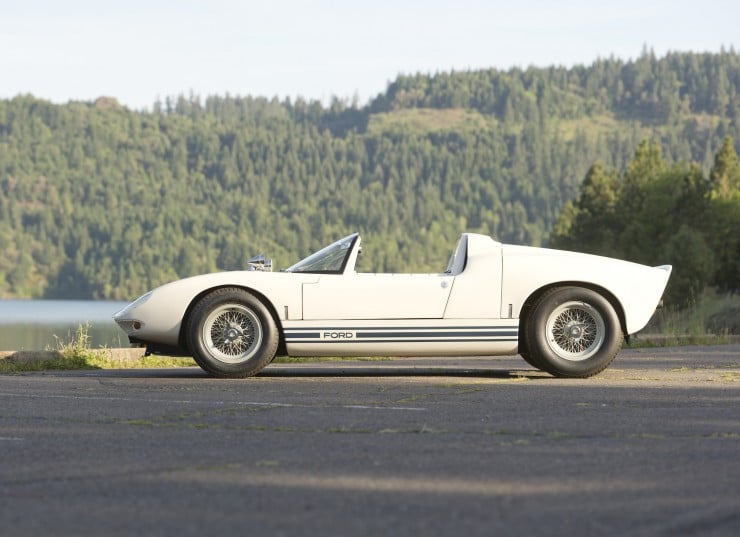 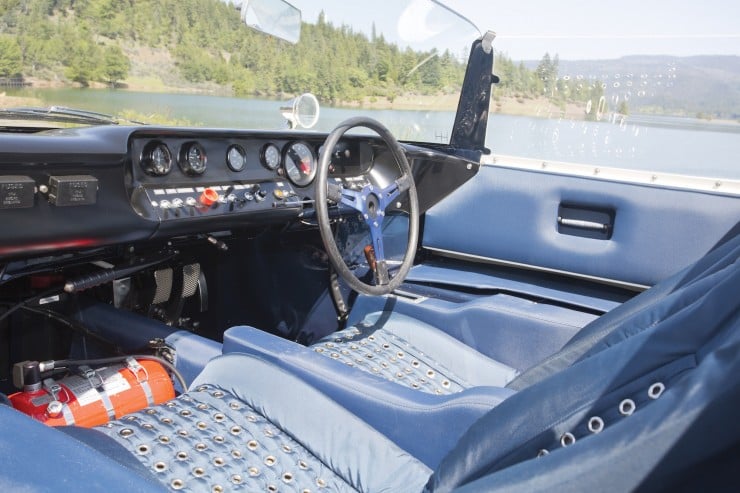 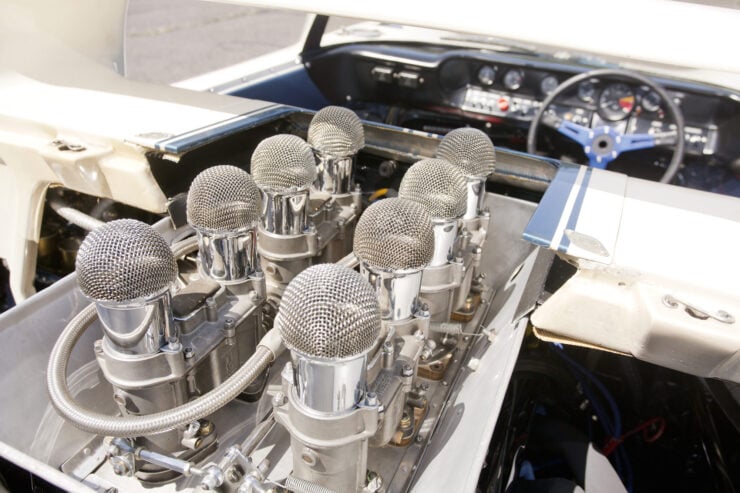 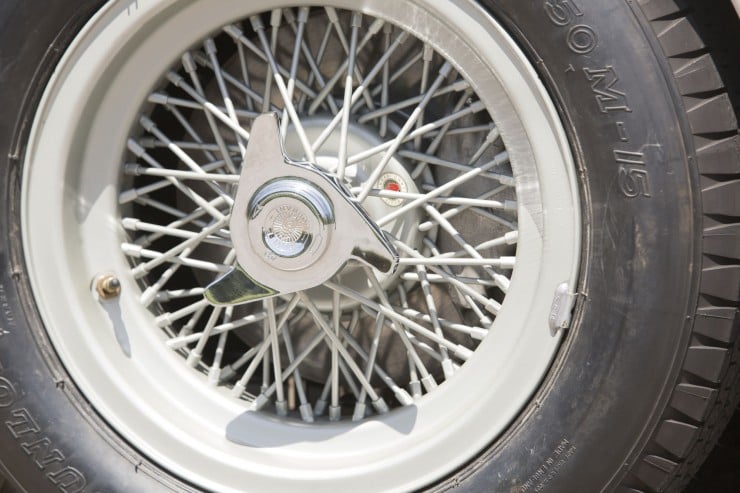 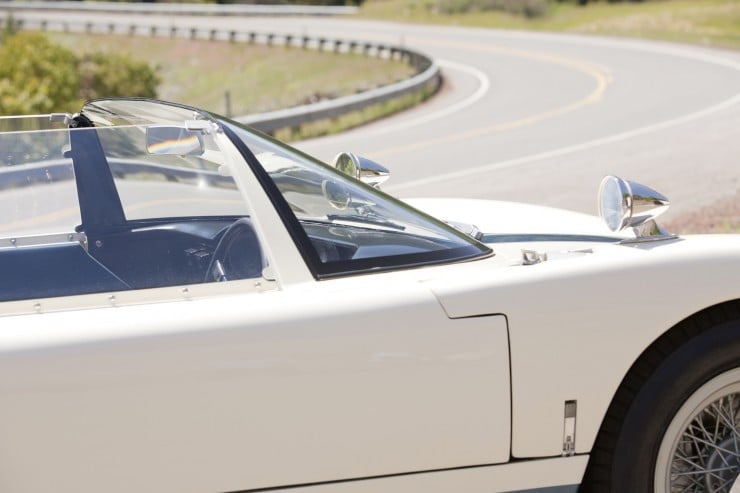 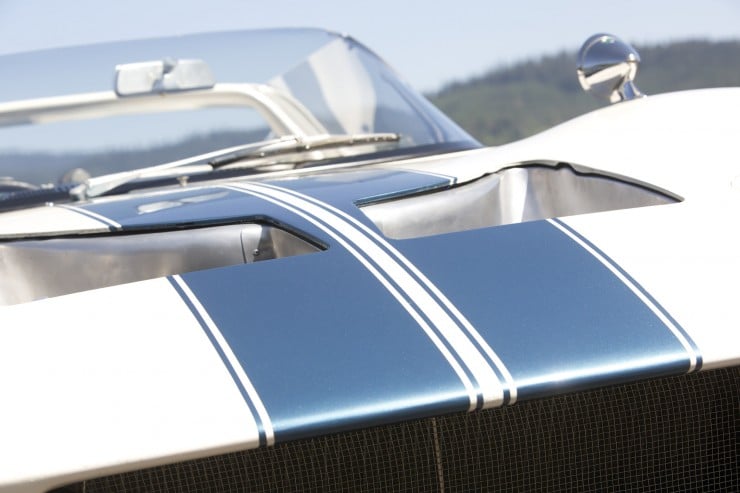 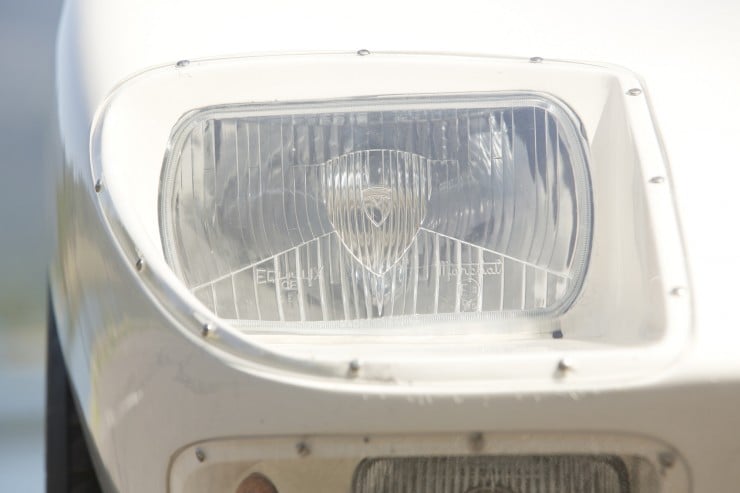 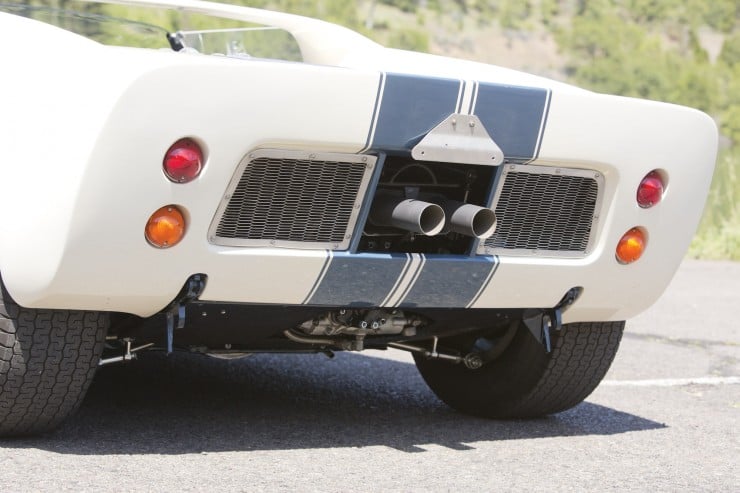 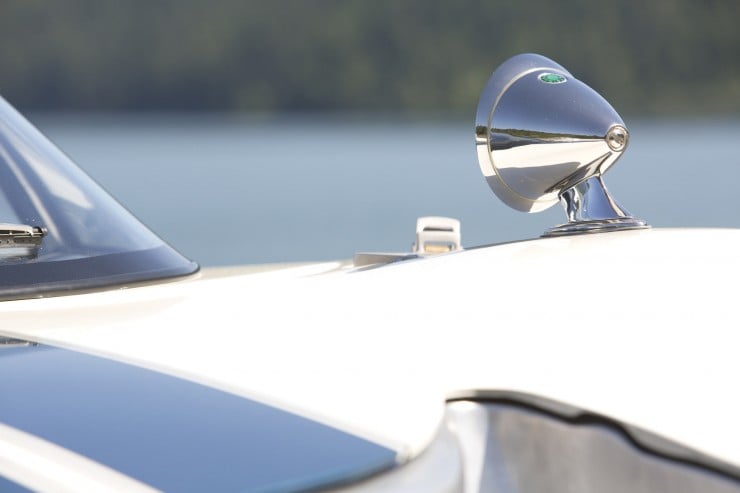 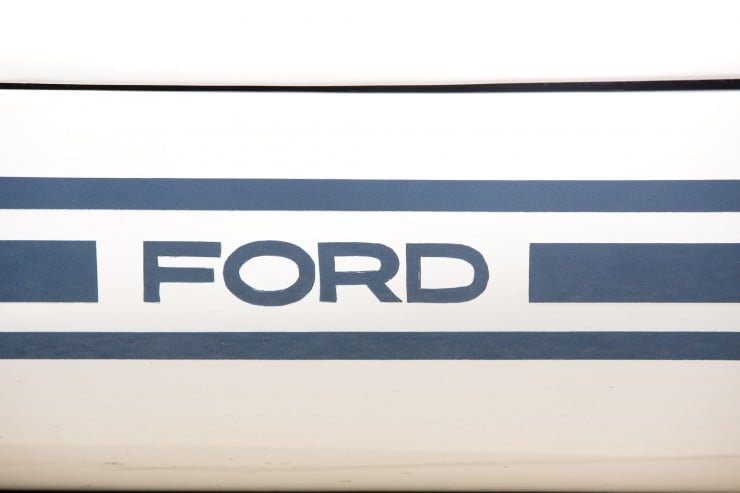 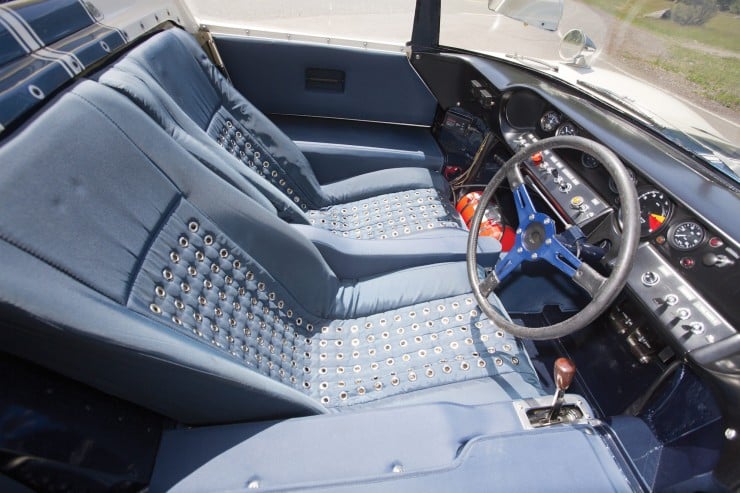 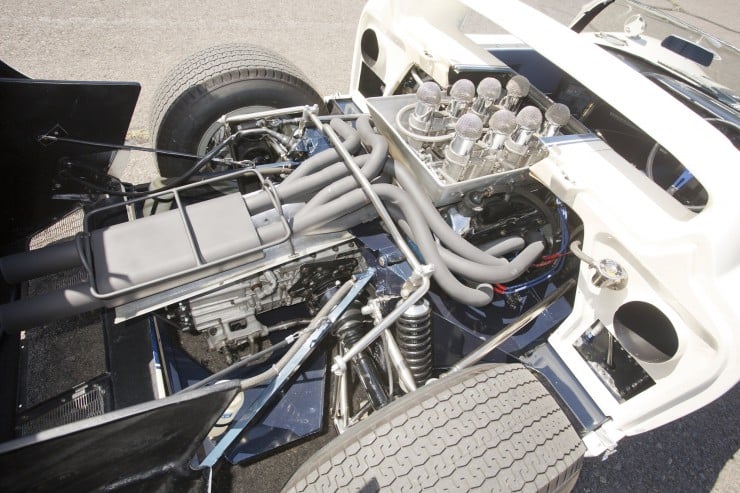 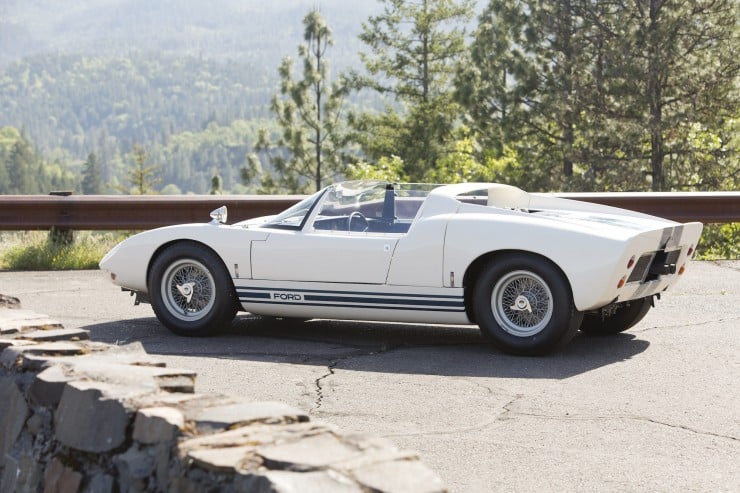 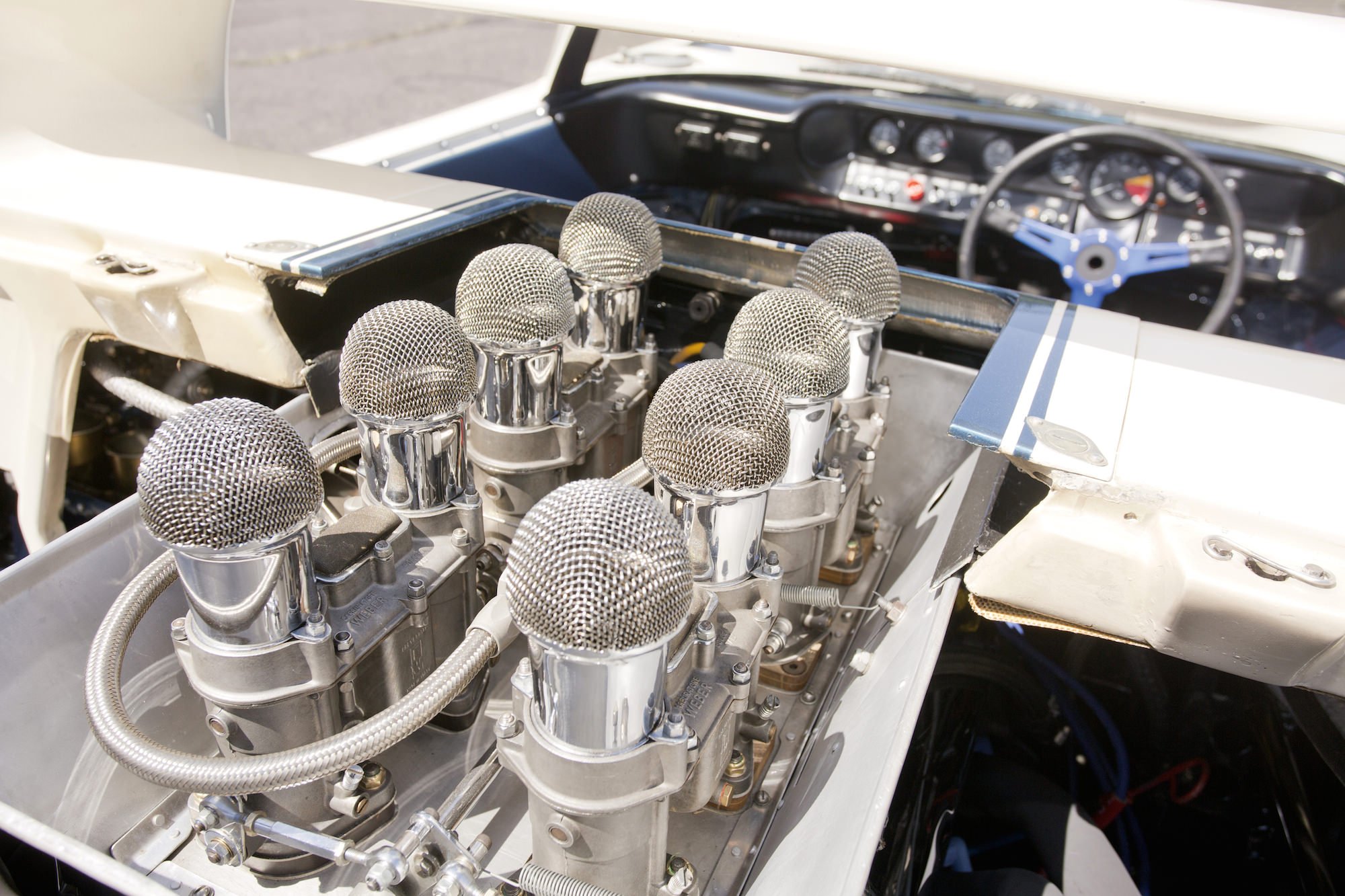