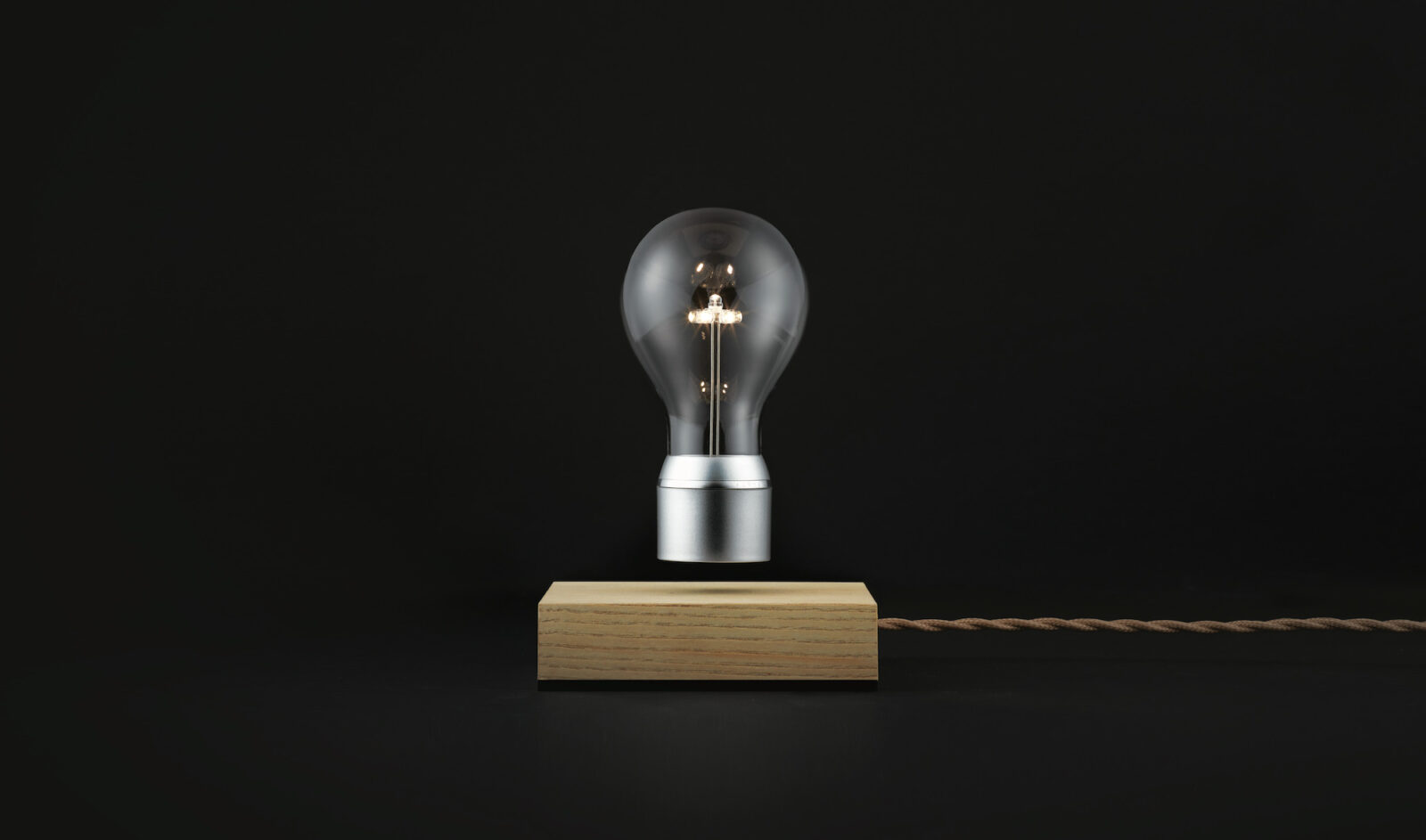 The Flyte Levitating Light is a an LED desk lamp in the shape of a traditional light bulb. It levitates above its wooden base thanks to the clever use of magnets, and it’s powered wirelessly via air induction. The lamp was invented by a team of Swedish designers, and funded by a hugely successful Kickstarter campaign that saw $617,258 USD raised from an $80,000 goal.

There are 3 major models of the Flyte, each with a different wooden base and different colour anodisation on the bulb’s base. The LED bulbs are each rated to last 50,000 hours of use, which works out to approximately 12 hours a day for 11 years. 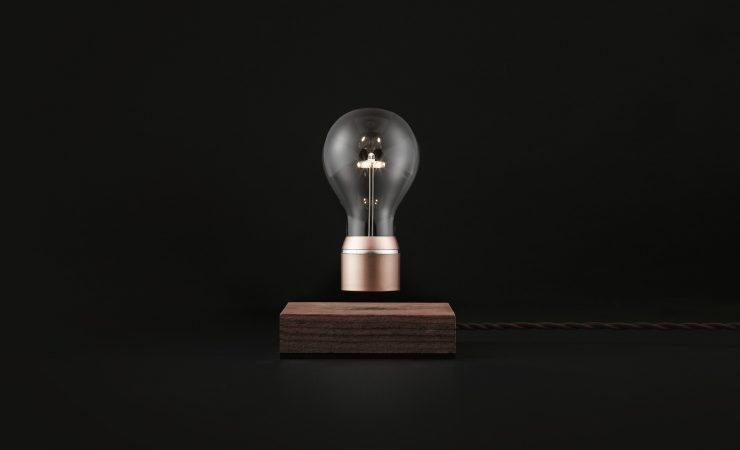 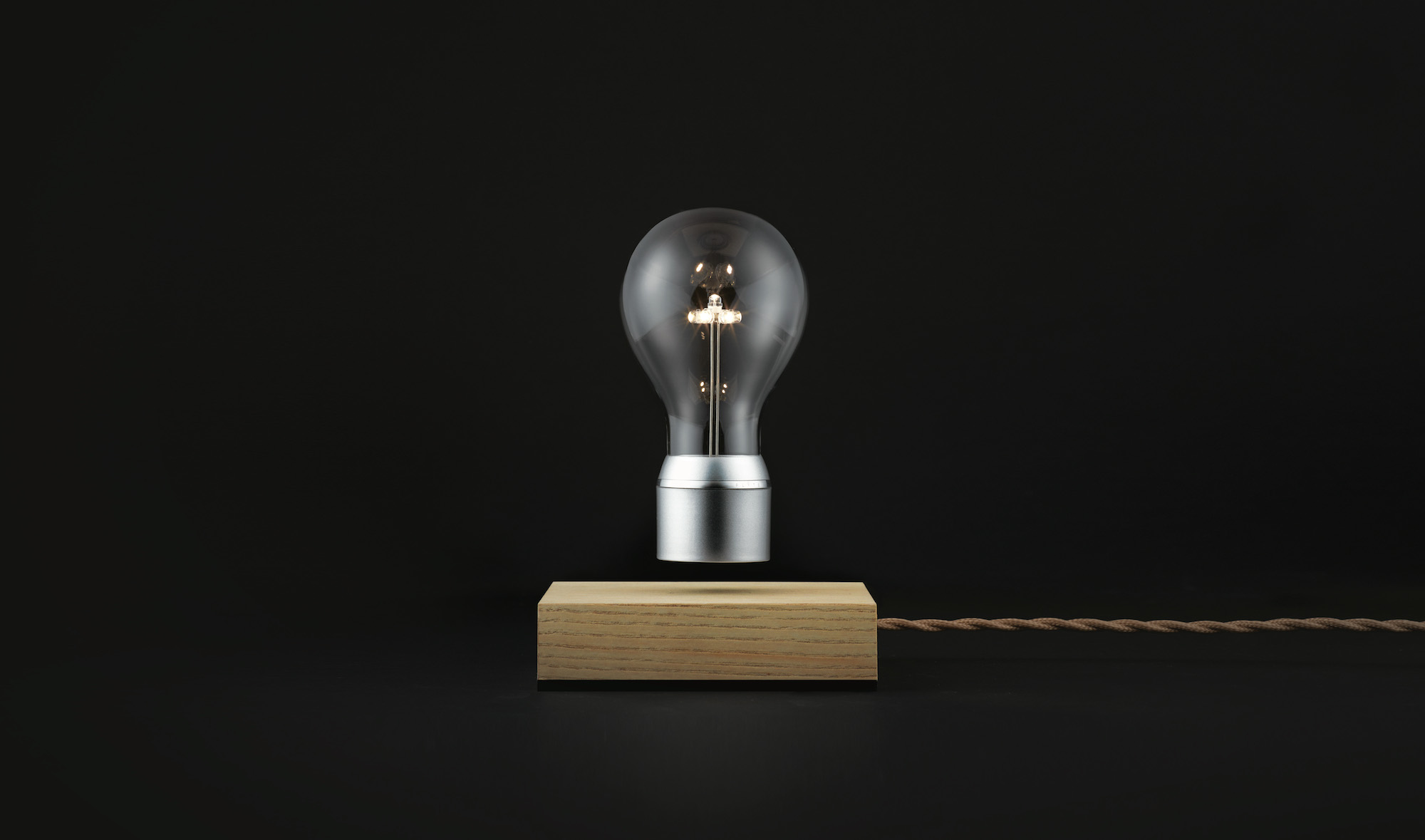