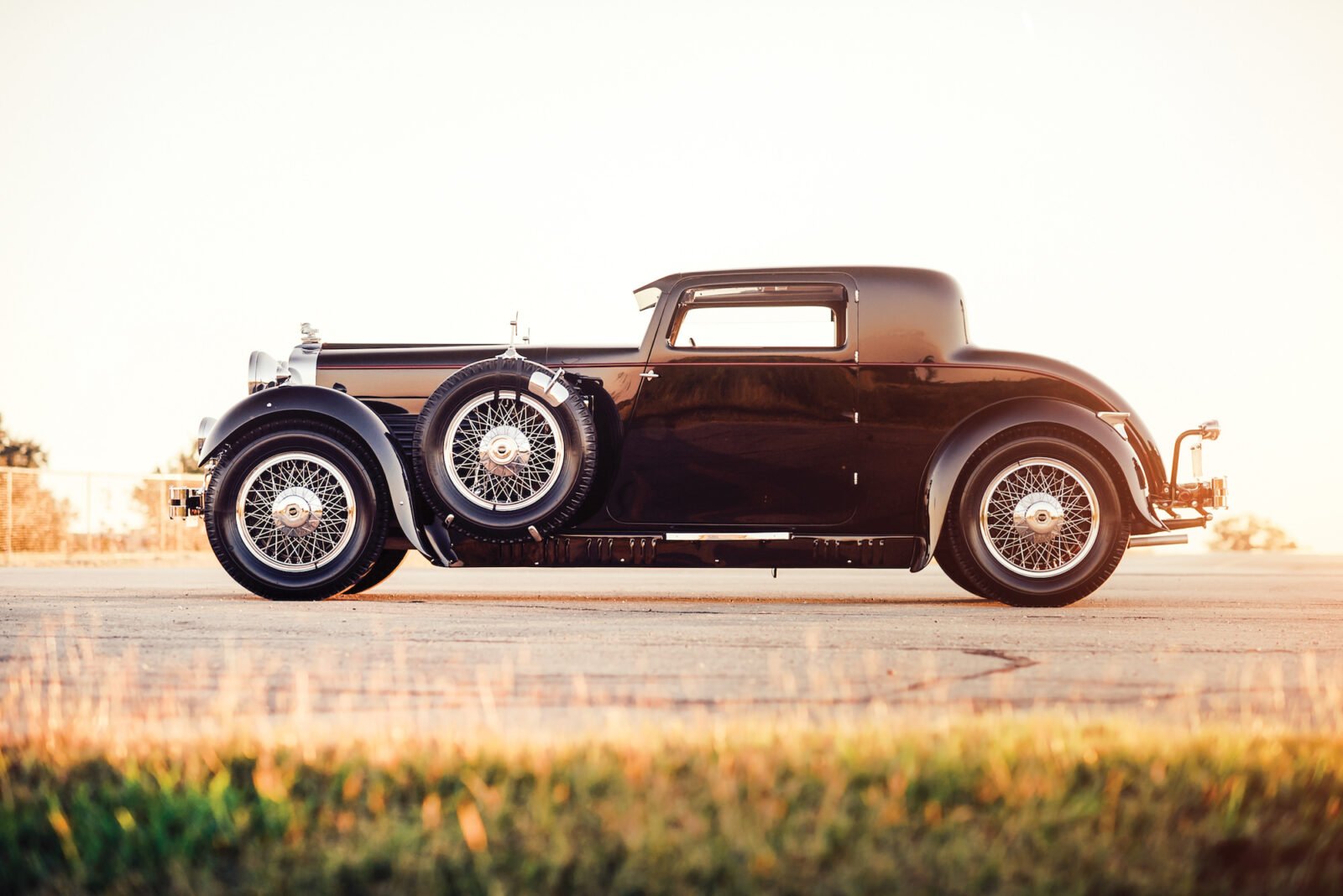 The Stutz Model M Supercharged Coupe was originally developed in 1929 to challenge Europe’s best at the 24 Hours of Le Mans – the most important endurance race in the world both then and now. The decision to build the new racer was based on the previous years efforts by a French racing syndicate (with French drivers Éduoard Brisson and Robert Bloch) who had bought a showroom-stock Stutz and driven it to a 2nd place finish – shocking the established European marques. The 1928 Stutz result would stand as the best finish for an American car at Le Mans for 38 years, until the Ford GT40 MKII piloted by New Zealanders Bruce McLaren and Chris Amon would take an outright victory.

The Development of the Stutz Model M 8-Cylinder

In 1929 Bentley took the wraps off their new 6½ Litre model – a significant step up over their 1928 Le Mans winning 4½ Litre model. After coming so close in 1928, the team at Stutz decided to launch a full-fledged assault on Le Mans in 1929, but quickly realised they were going to need something bigger and better than the 4.9 Litre naturally-aspirated engine from the year before. Faced with both budget constraints and limited development time, the engineers decided to turn to forced-induction – boosting peak brake horsepower to 185.

The use of supercharging wasn’t new to Stutz, in 1928 Frank Lockhart had used twin supercharged 1.49 Litre double overhead cam engines in his Stutz Black Hawk Special Streamliner LSR car to make an attempt on the land speed record in the 122 to 183 cubic inch (2 to 3 litre) class at Daytona Beach. Tragically, Frank had been killed on his return pass due to a cut tire – likely from a shard of seashell.

A centrifugal supercharger was developed for the new Le Mans-bound Stutz cars and mounted between the front frame irons at the front of the engine (similar to the Blower Bentleys). Engine capacity was increased from 4.6 Litres to 5.3 Litres, and their bodies were designed by Gordon Buehrig.

The 1929 24 Hours of Le Mans took place on the 15th and 16th of June – just the 7th running of the race that’s now been a staple of the motor racing calendar for almost 100 years. Despite the limited factory support, the Stutz cars performed valiantly and their efforts would largely be undone by substandard welds in their fuel tanks. One of the cars retired with a split fuel tank in 4th position, with 6½ and 4½ Litre Bentleys both in front and behind. A short while later another of the three Stutz cars would retire with the same frustrating issue, and the final surviving car finished the race in 5th place – piloted by French drivers Guy Bouriat and Philippe de Rothschild. 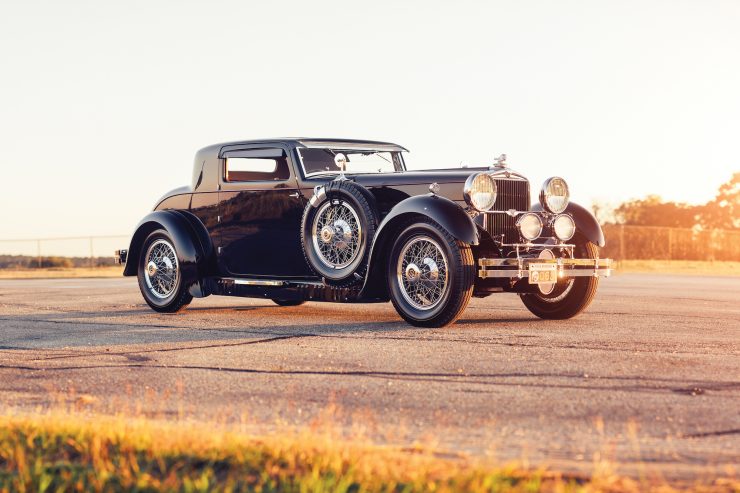 The road-going version of the supercharged Stutz was remarkably similar to the cars developed for Le Mans. It uses the same engine and front-mounted centrifugal supercharger – activated by a dashboard mounted control that allows the driver to either engage or disengage forced induction.

Although there was a multi-cylinder arms race underway in the United States, Stutz stuck to their straight-8 and worked on further refining it, rather than moving to a V12 or V16. It was a relatively advanced engine for the 1920s, with a single overhead camshaft rather than the far more common pushrod actuated valves. Stutz had pioneered a number of significant automobile technologies over the years – the most remarkable being the Stutz Underslung built between 1905 and 1914.

The Underslung is perhaps one of the most important and least well-known American automobile innovations – as the name suggests it features an underslung chassis which passes beneath the axles rather than over the top of them. This gave the car a significantly lower centre of gravity than anything else one the road – further aided by having the body and engine fitted between the frame rails rather than on top of them.

The Stutz Model M utilizes the same basic underslung chassis concept, giving is a very low profile compared with many other cars from the era. Its 185 bhp straight-8 is paired with a 4-speed manual transmission, and it rides on semi-elliptical leaf springs front and rear, with drum brakes on all four corners.

Just three of the original supercharged Stutz Model M vehicles are thought to have survived to the modern day – and this is one of them. The other two are the former Harrah’s Weymann-bodied Le Mans tourer in the Simeone Foundation Automotive Museum, and a Derham-bodied convertible coupe that lives in a private collection.

This car, chassis number M-C-31312, was sold new to England where it was bodied by London-based coachbuilder Lancefield Coachworks (initially known as Gaisford & Warboys). Lancefield are known for their subtle, sporting body designs that often featured a “gun turret” roofline – a look that would later become hugely popular in the SoCal custom car scene from the 1950s onwards.

Lancefield built a total of four (non-identical) supercharged Stutz vehicles – including one for a senior manager at F.W. Woolworth. The car you see here is the last surviving example, and it still retains its original chassis, body, and engine.

Now known as the Lancefield Coupe, chassis number M-C-31312 is a very highly-regarded car in Stutz circles. Over the years it’s won a slew of world class awards including the Keeneland Best of Show trophy twice – once in 2012 and once in 2014.

It’s now being offered for sale by RM Sotheby’s at the Amelia Island Auction on the 11th of March, with an estimated value of between $1,000,000 USD and $1,200,000 USD. If you’d like to read more about the car or register to bid, you can click here to visit the listing. 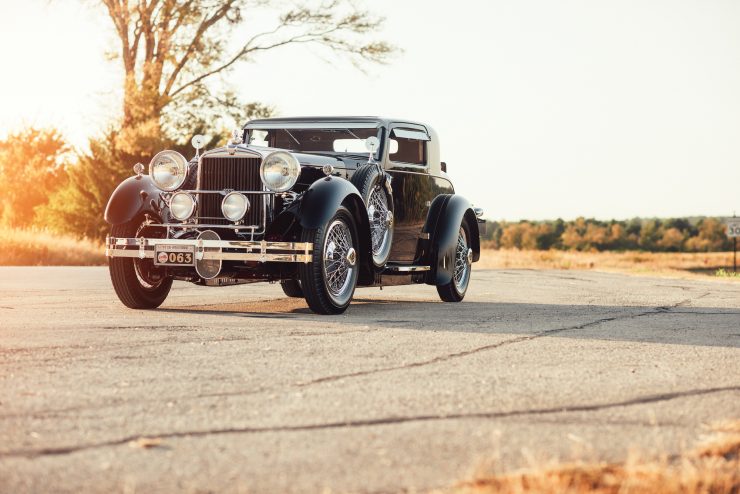 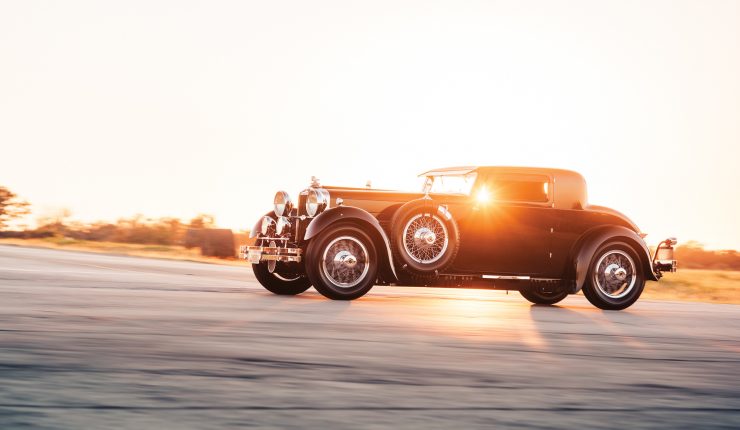 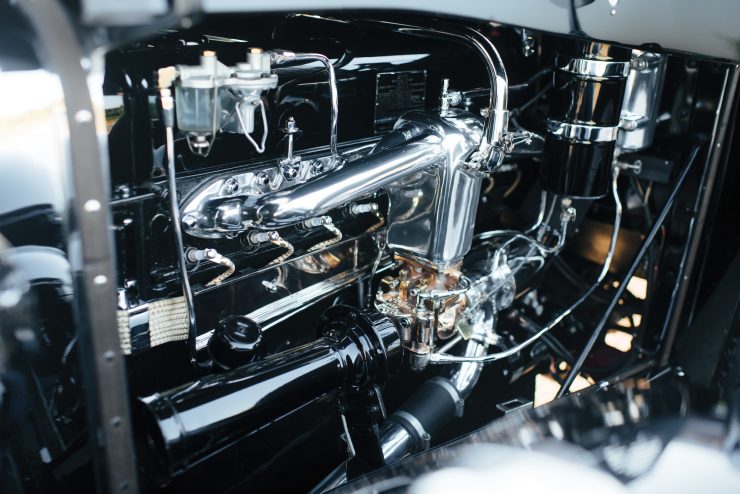 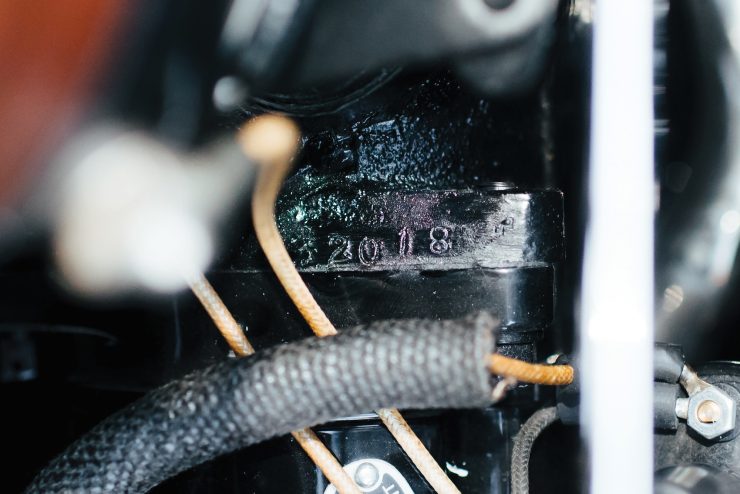 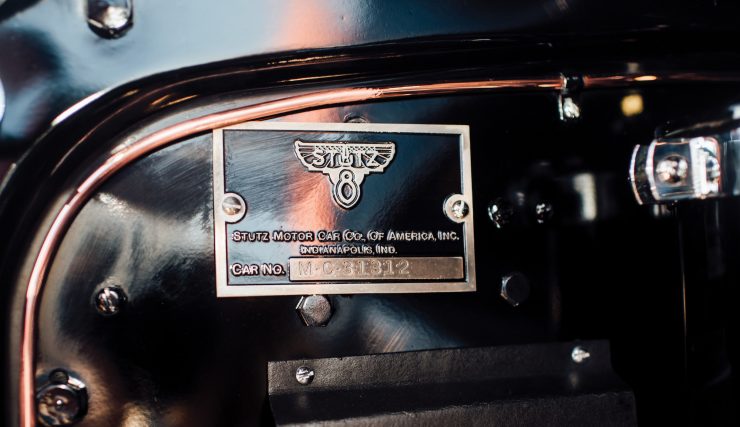 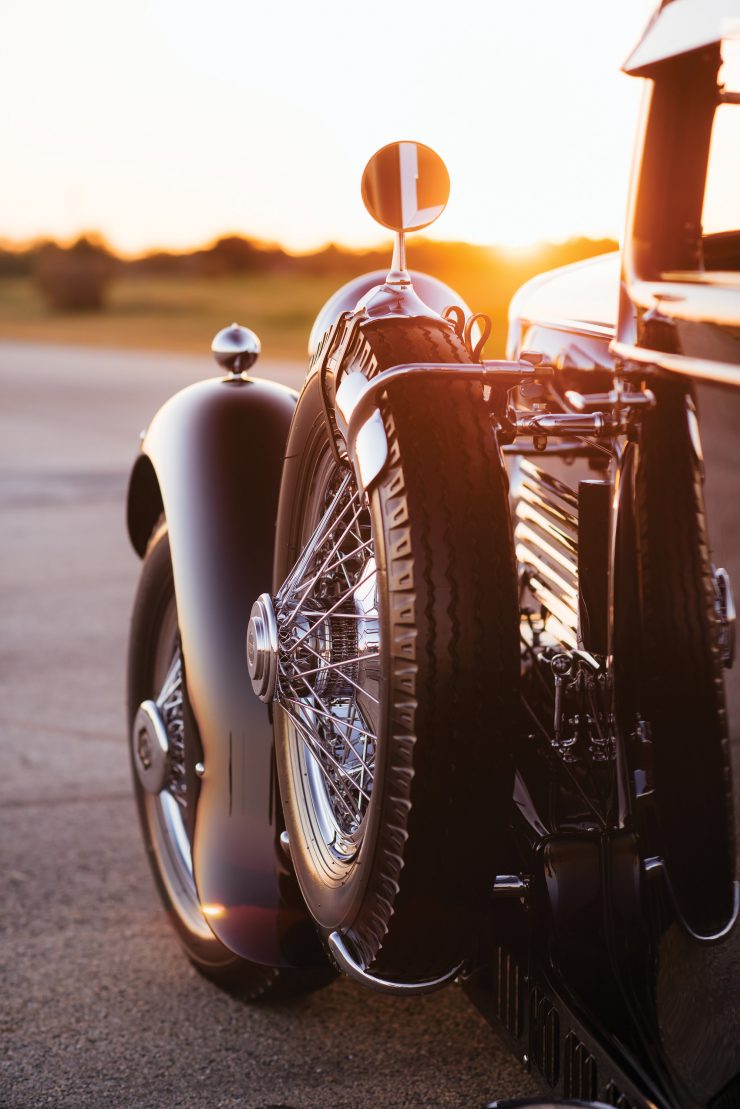 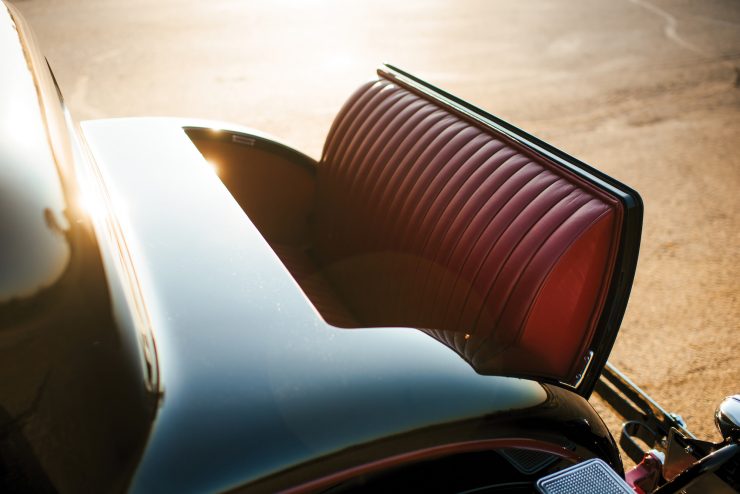 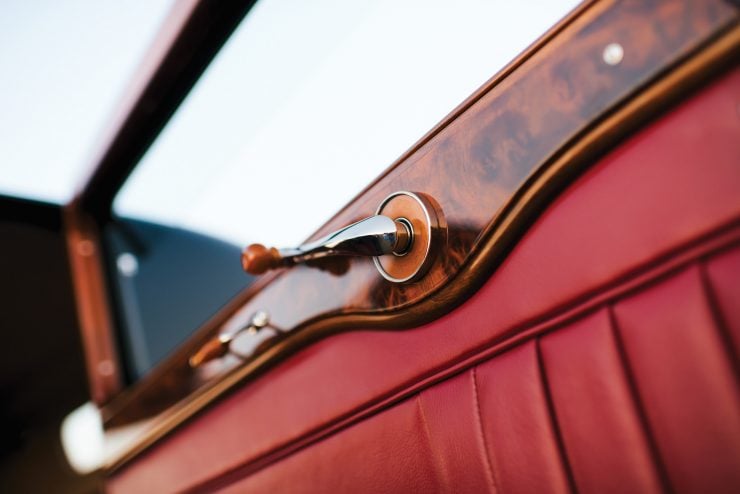 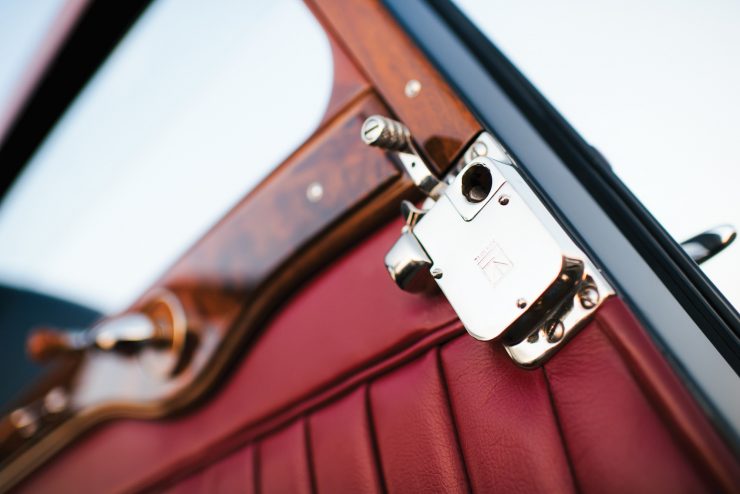 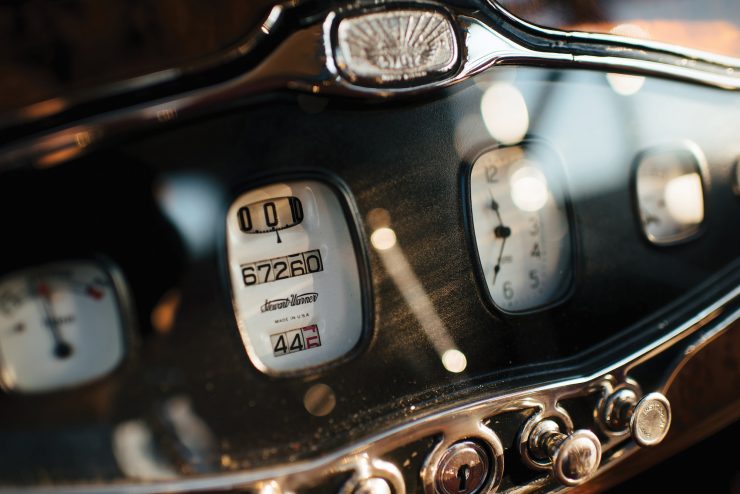 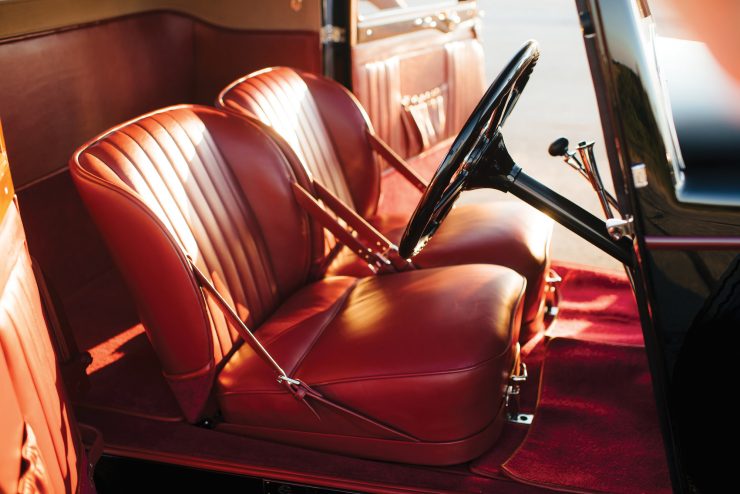 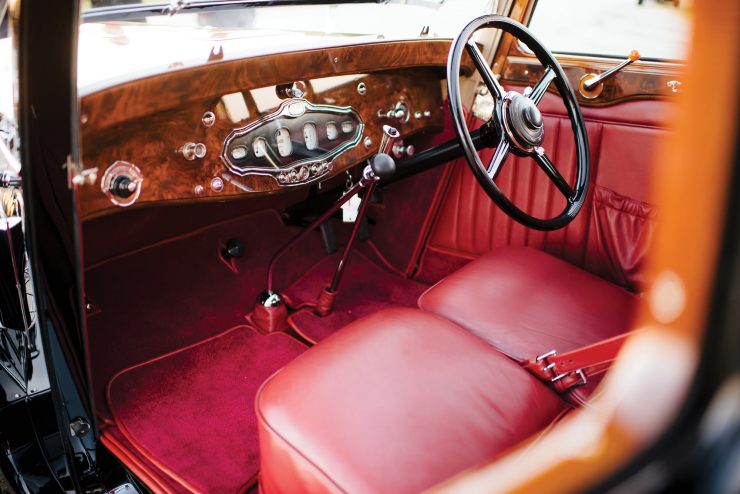 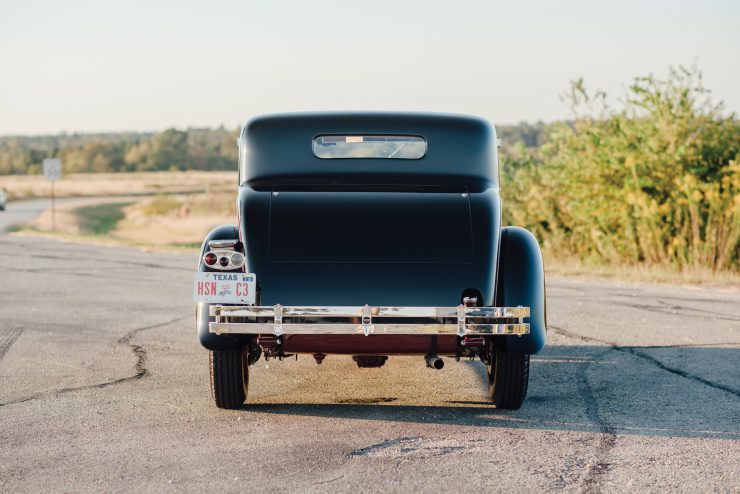 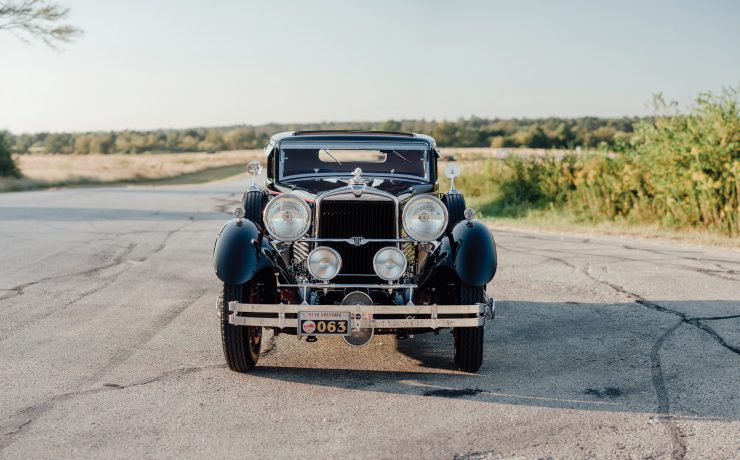 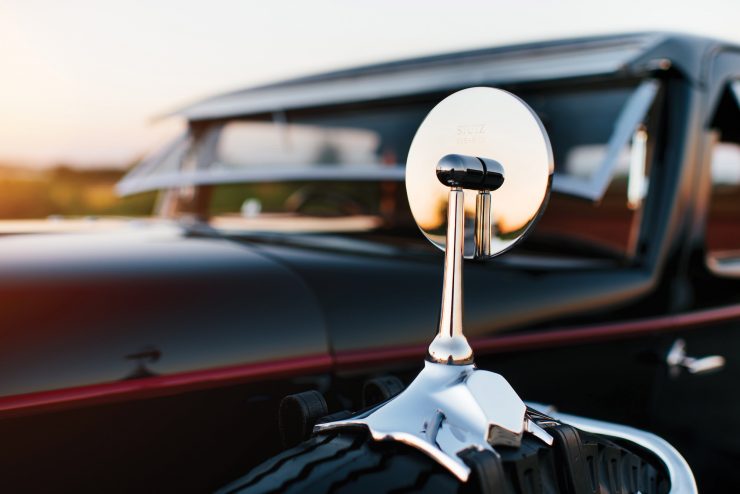 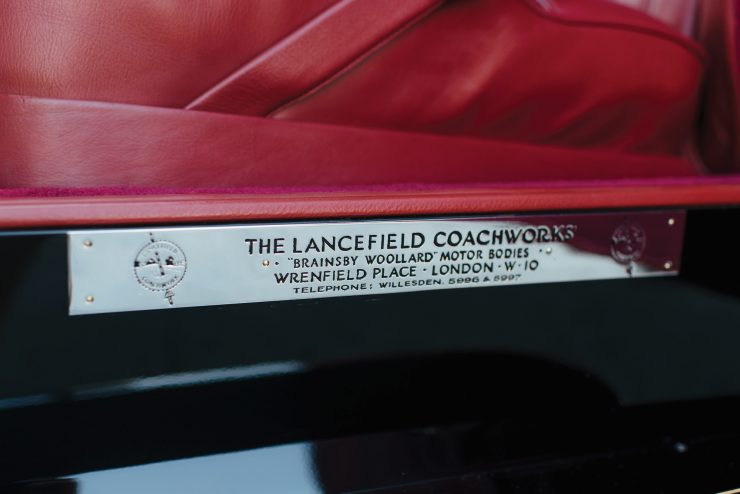 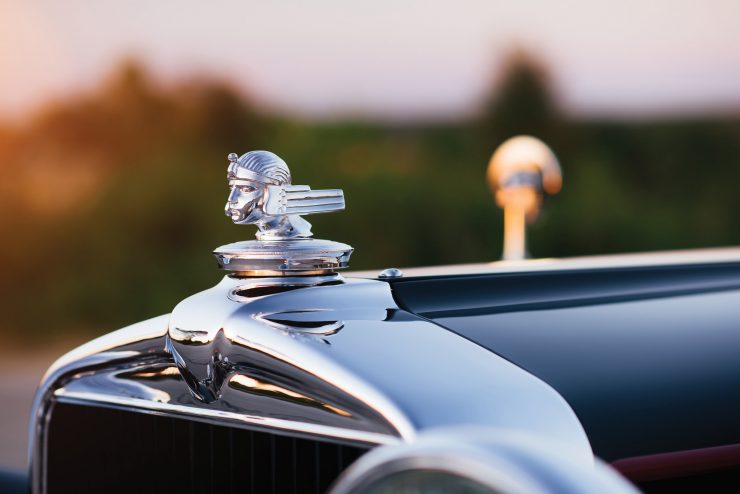 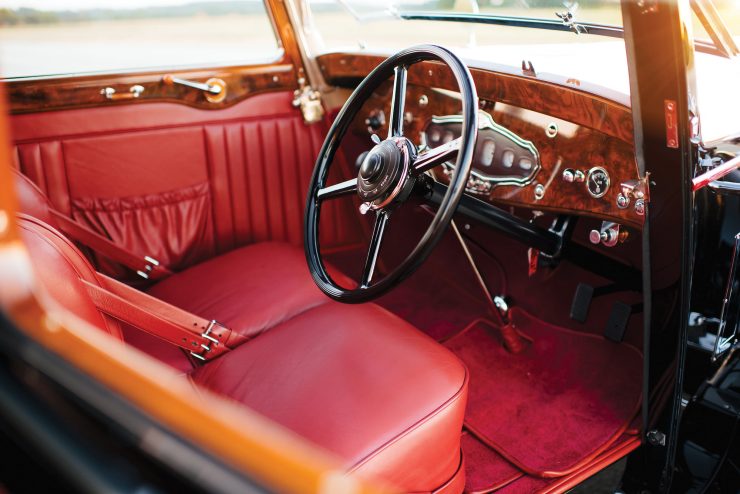 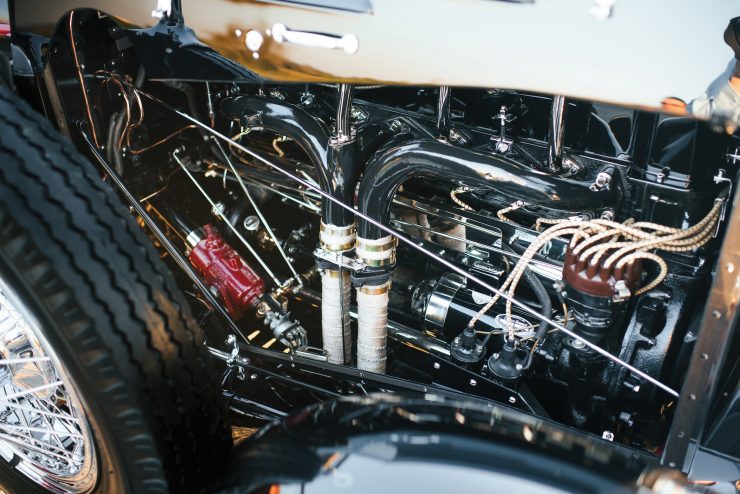 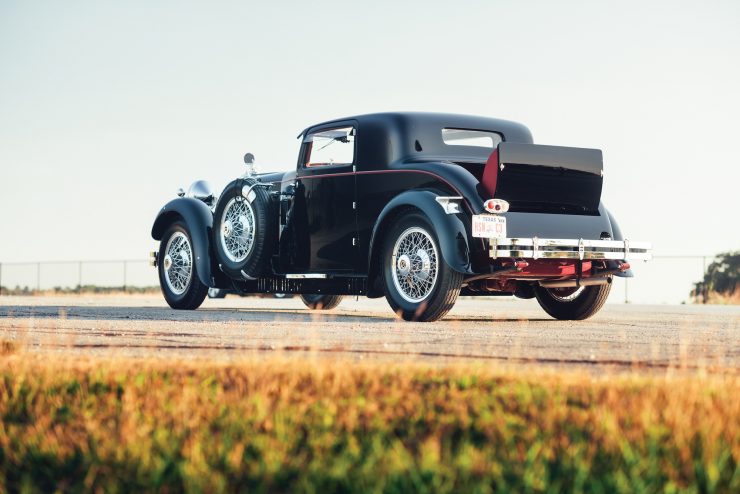 This is a complete Ferrari 612 Scaglietti V12, it’s listed as being a running engine from a car with 40,637 kms on the odometer…

The Gullinbursti Kevlar Original Zip-Up Hoodie is designed to provide an additional layer of protection for motorcyclists and anyone else who wants full Kevlar coverage….

The Darrian T90 is a car that’s not particularly well-known outside of British motor racing circles, though this seems a shame given the extraordinary David…

This is an original Bowler prototype built using the firm’s all-aluminum Cross Sector Platform (CSP) chassis, you can see the chassis itself in the image below,…

This 1939 Mercury Eight has a fascinating history, it was ordered new by land speed record breaker Sir Malcolm Campbell and sent by him to…