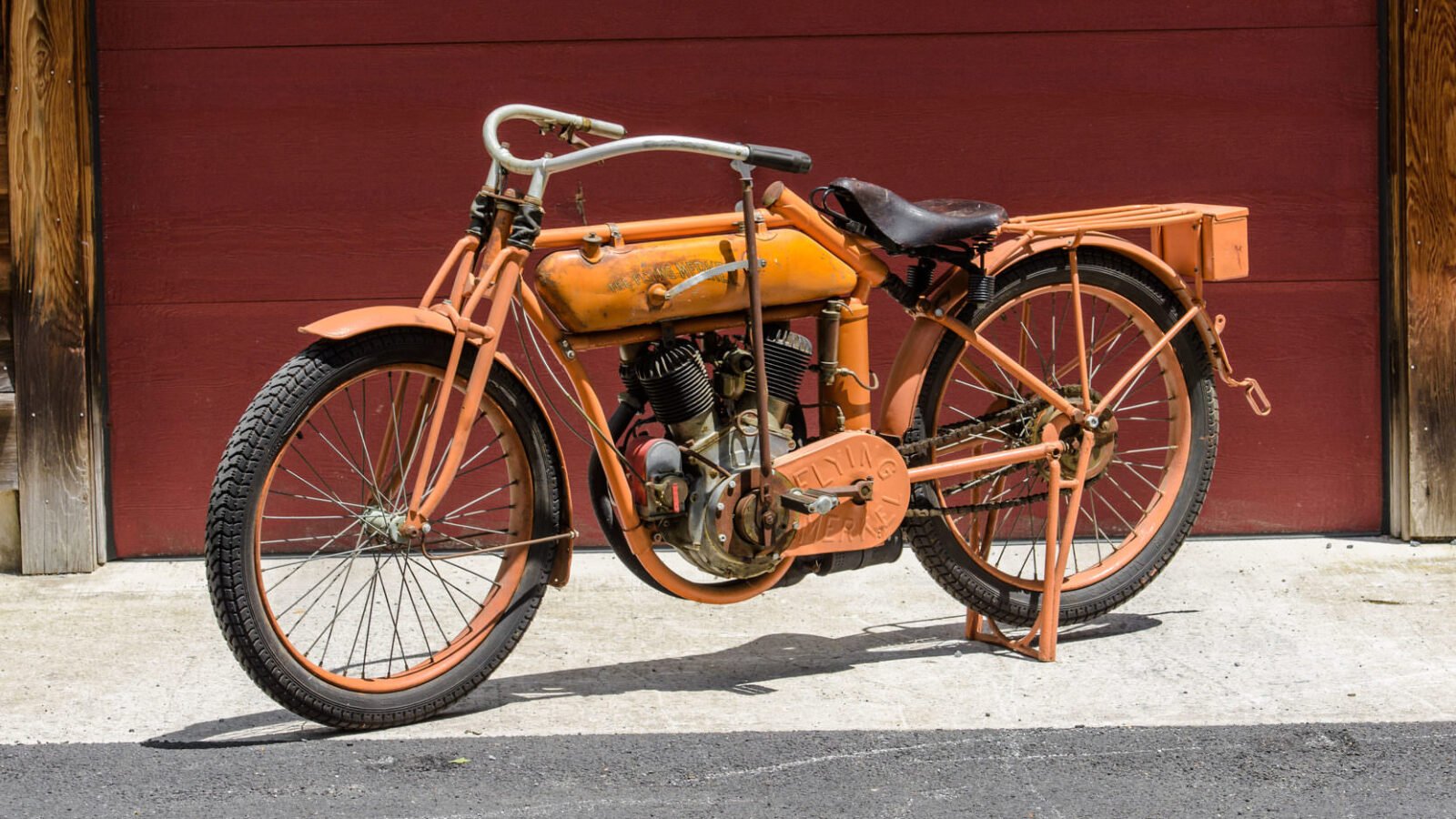 The Flying Merkel is a motorcycle remembered today as one of the most important engineering achievements of the formative years of motorcycle development. Designed by Joseph “Joe” Merkel, the bike that bore his name included a number of innovations including an early precursor of telescopic forks, a monoshock rear end, cam-driven valves, a throttle-linked oil feeder, and ball bearings rather than the usual bronze bushings in the engine.

Considering the fact that the Flying Merkel was first introduced in 1911 – may of these innovations were so revolutionary they almost defy belief. That they were all used by one man at the same time for a single motorcycle makes Joe Merkel one of the most under appreciated motorcycle engineers of the 20th century.

Merkel was born into a logging family in Michigan in 1872, he went to work at the age of 14 on the railroads, and at 15 he landed a job in a machine shop where he began to learn about engineering and fabrication. A few short years later he was accepted into the Michigan Agricultural College (which is now Michigan State University), and graduated with a degree in mechanical engineering. After working briefly as a draftsman, Joe started his own small company making bicycle parts – and before long he started bolting engines to bike frames – and the rest is history.

The first Flying Merkel was unveiled to the public in 1911, motorcycle racers began modifying them for speed, and they quickly became icons of the American board tracks thanks to their catchy name, bright orange paint, and unbeatable performance.

Later in 1911, the Miami Cycle and Mfg. Company acquired Merkel, and Joe came along with the company until he sold his shares in 1914 just as WWI was kicking off in Europe. It turns out this was a smart move, and as was the case with a lot of early motorcycle manufacturers – Merkel didn’t return to the market after the Great War.

The surviving Flying Merkels are now worth an absolute fortune with models that were raced on the board tracks pulling in close to $500,000 at auction. The unrestored original 1914 model you see here has been in the same family for over 50 years, and is now being offered by Mecum Auctions on the 19th of August with an estimated hammer price of $150,000 to $175,000 USD. If you’d like to read more about it or register to bid you can click here to visit Mecum. 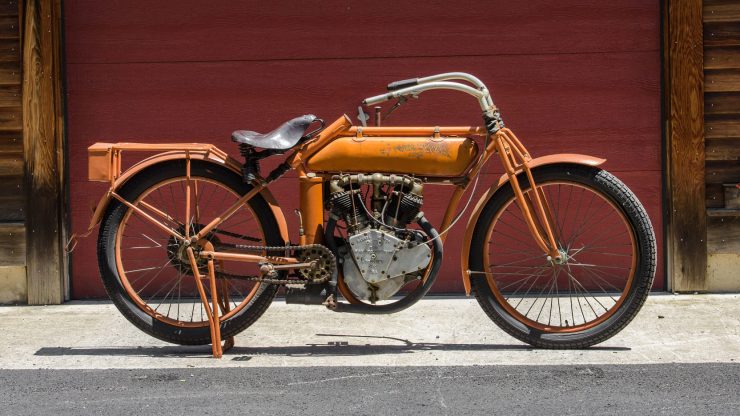 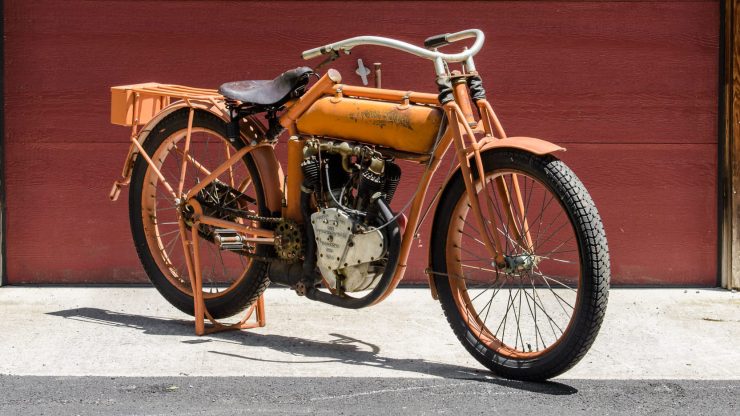 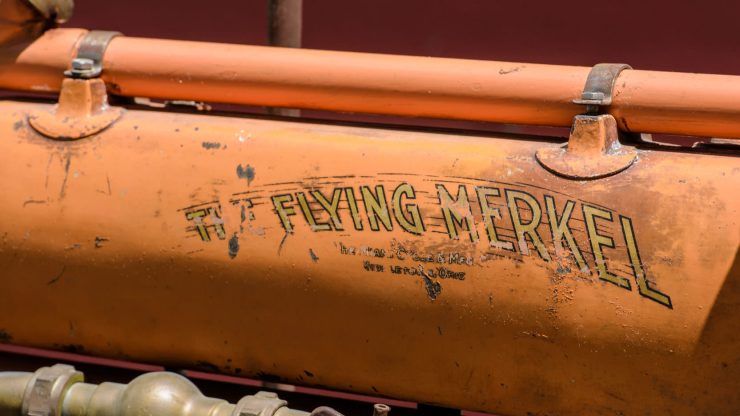 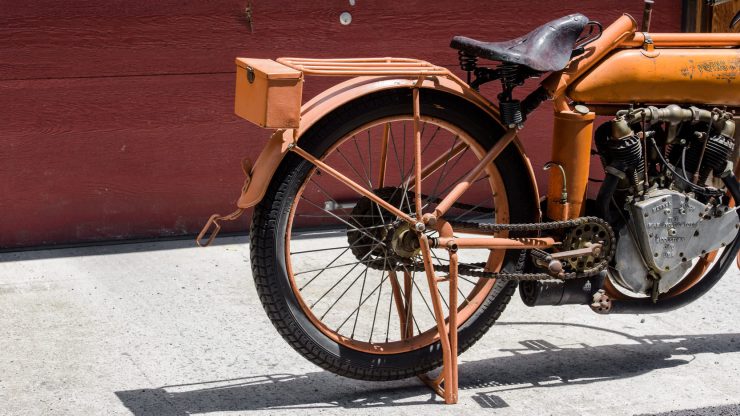 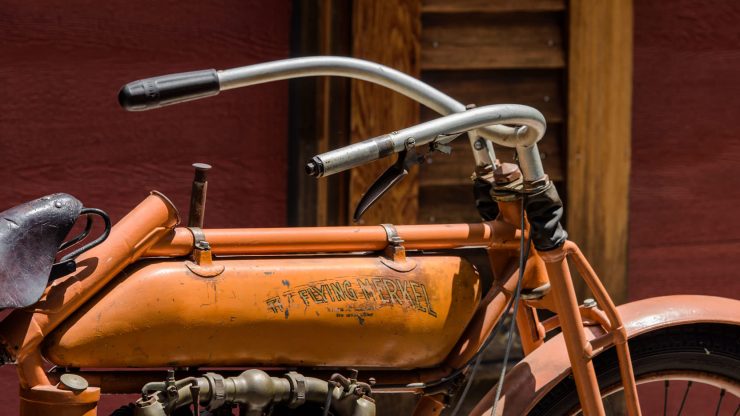 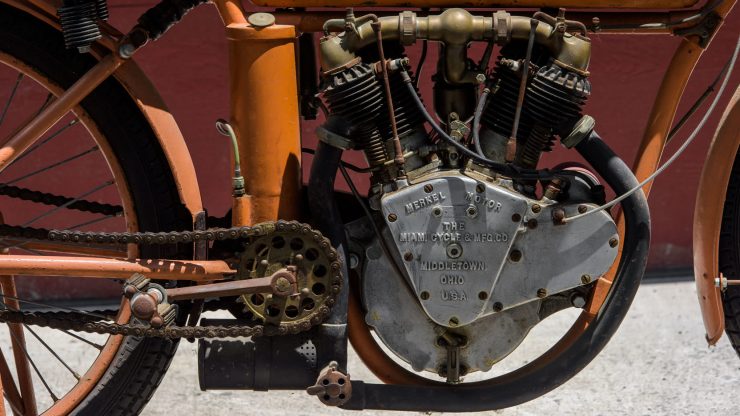 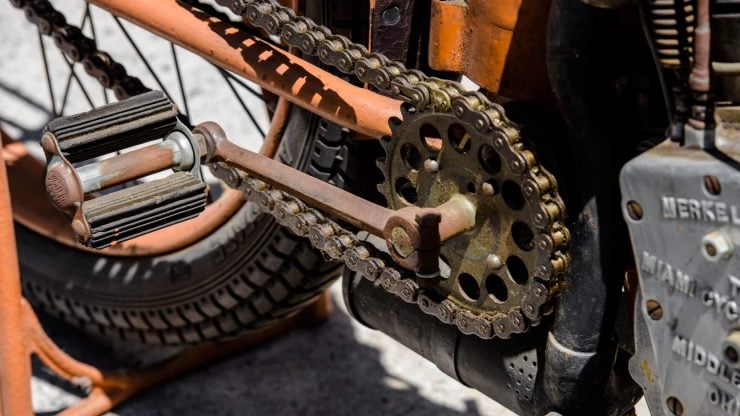 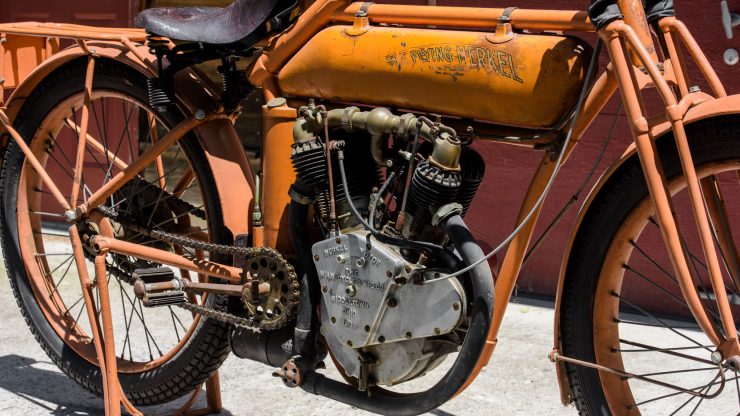 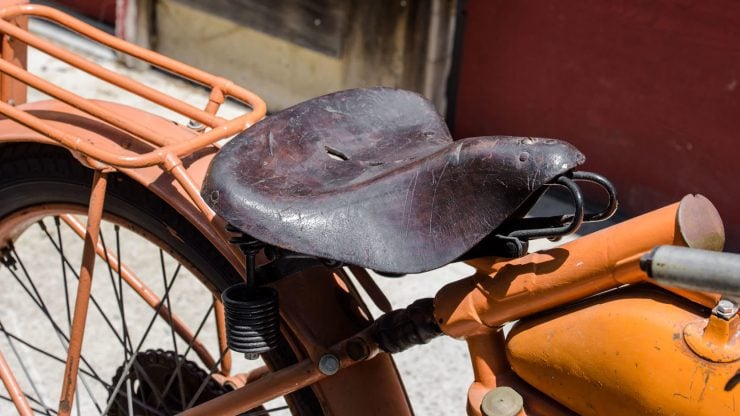 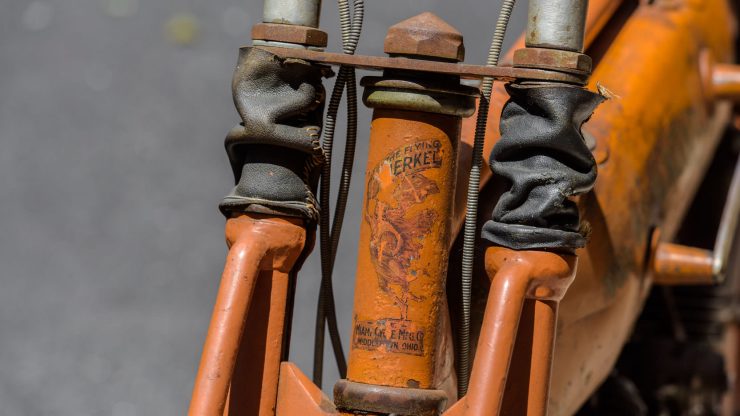 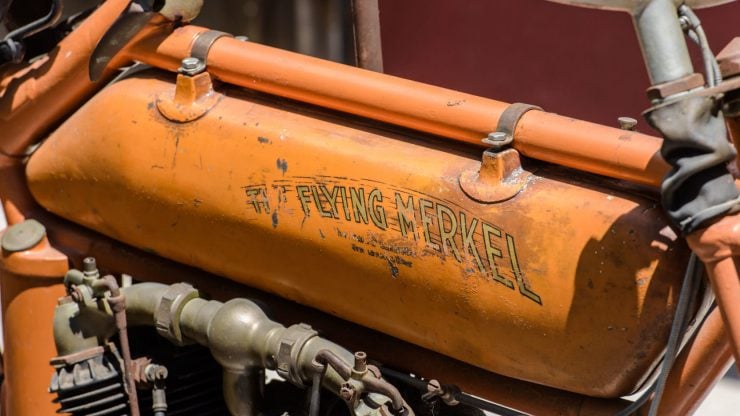 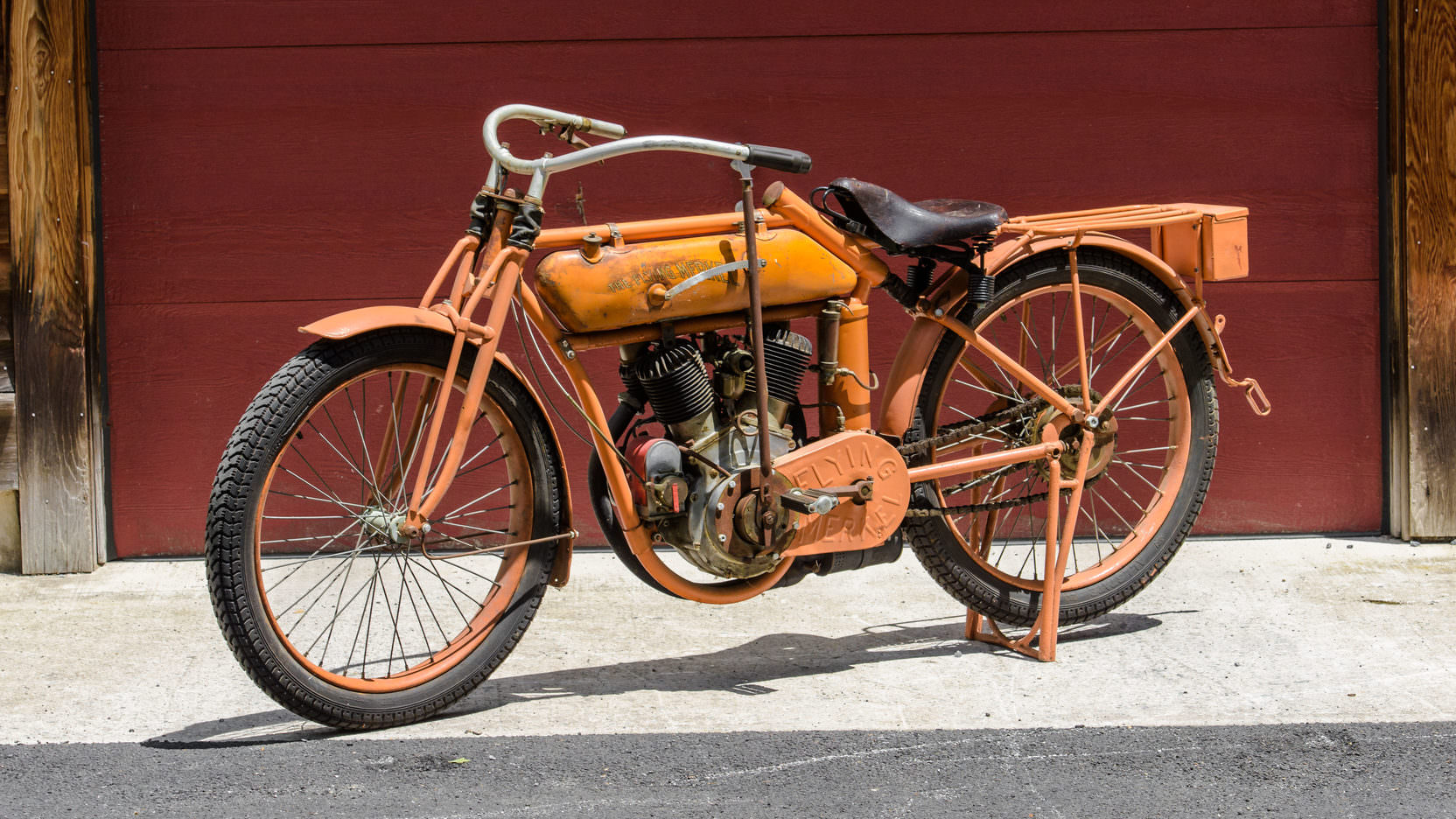