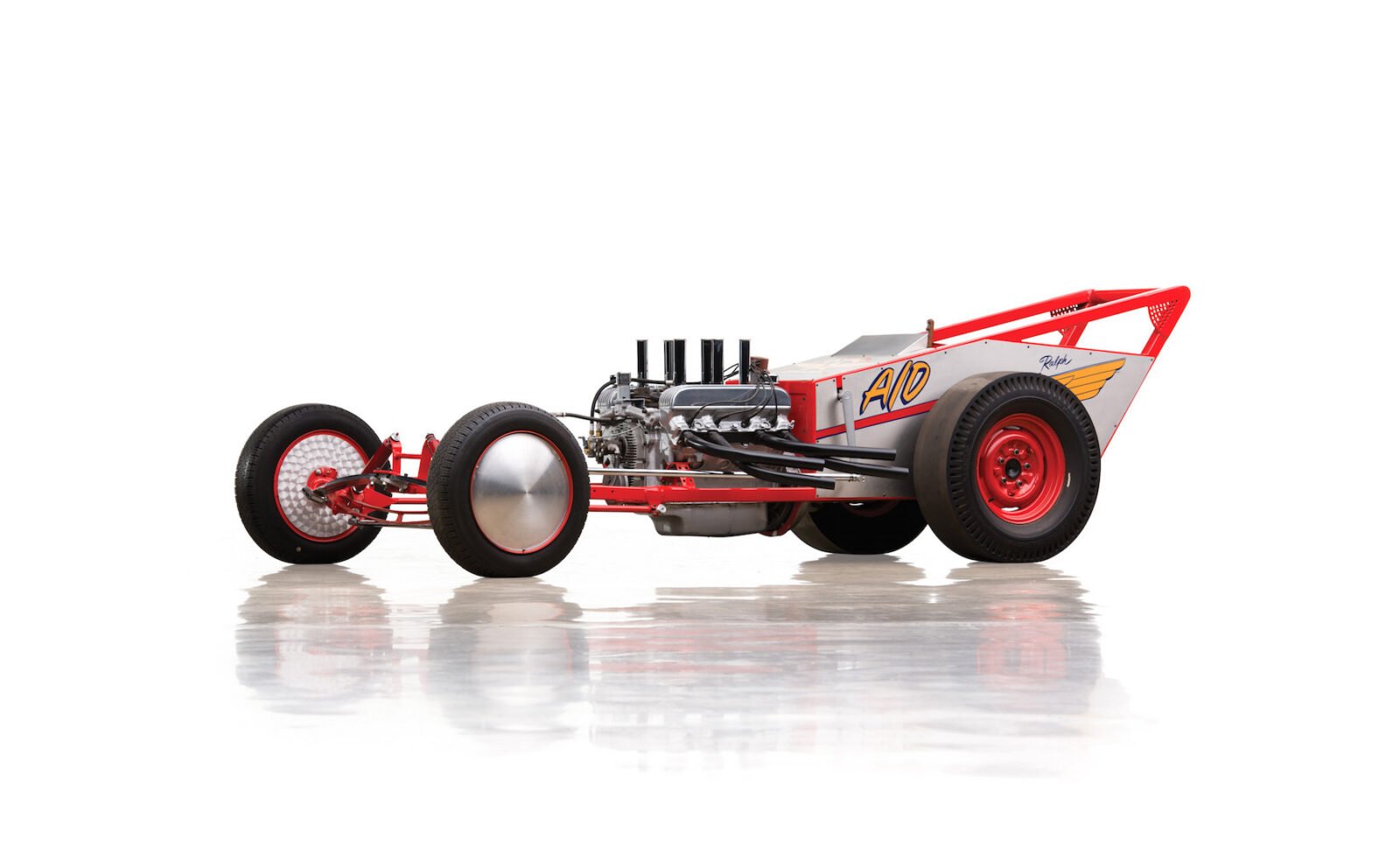 Buick’s “Nailhead” V8 was released in 1953 as an option for the Roadmaster, Century, and Super road-going models, but it quickly found favour on the race tracks and drag strips of North America competing with the legendary Ford Flathead V8. The nickname “Nailhead” was initially meant as a bit of a dig, the valves used in the engine were longer than normal and had a noticeably smaller head diameter – making them look like a large nail.

The reason for this unusual design was torque, the smaller diameter intake runners allowed the engine to develop torque often exceeding one foot pound per cubic inch – class leading performance for the time. Buick used a camshaft with greater lift and duration than was common to offset the smaller sized valve heads – and many racing teams fitted custom camshafts with higher lifting lobes coupled with ported and polished heads.

The dragster you see here is fitted with the larger of the two first generation Nailhead engines – it has a capacity of 322 cubic inches (5.3 litres).

To further increase power it’s been modified with Hilborn fuel injection (a popular upgrade in the ’50s) and it’s topped by an almost orchestral-looking series of 8 velocity stacks.

Power is sent to the rear axle via an in-and-out transmission, and the driver is positioned just behind the differential in the popular slingshot configuration of the era. As it’s been part of the Andrews Collection for the past few years it’s in excellent condition throughout, but it will require some recommissioning before it can take part in any vintage drag racing events.

If you’ve been wanting to get into classic motorsports and you have a strong affinity for the quarter mile, you’ll be able to bid on this Nailhead dragster on the 2nd of May 2015 at the Andrews Collection Auction – interestingly its estimated value is between $25,000 and $40,000 USD, making it a potentially quite affordable entrance to the golden era of drag racing. 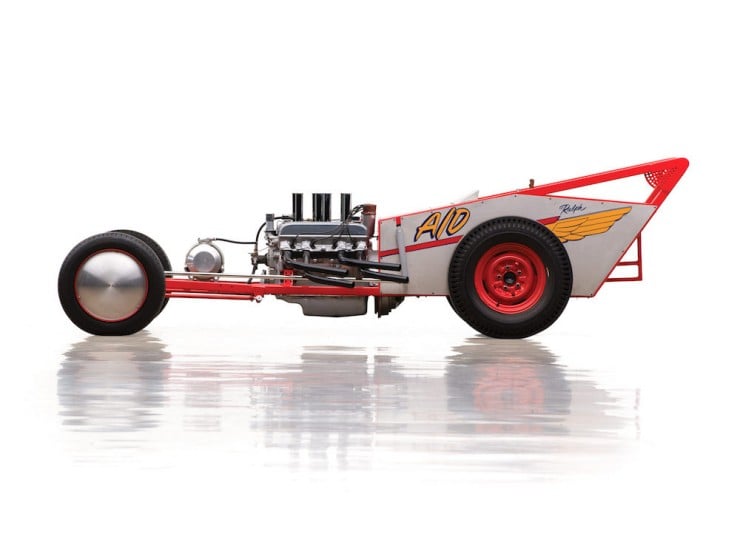 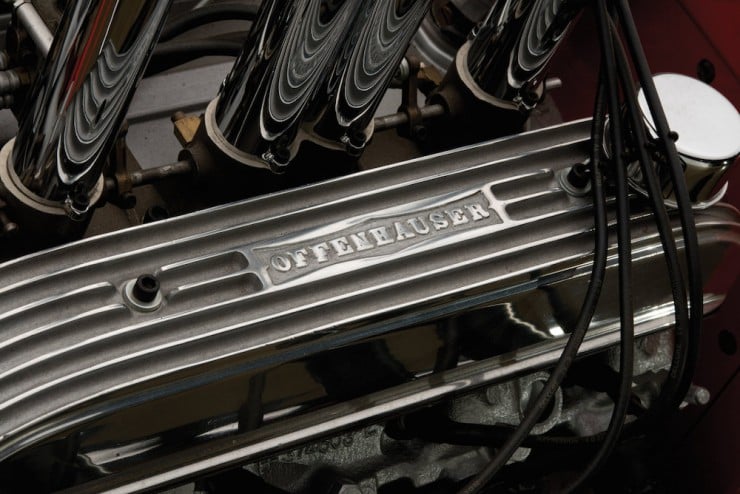 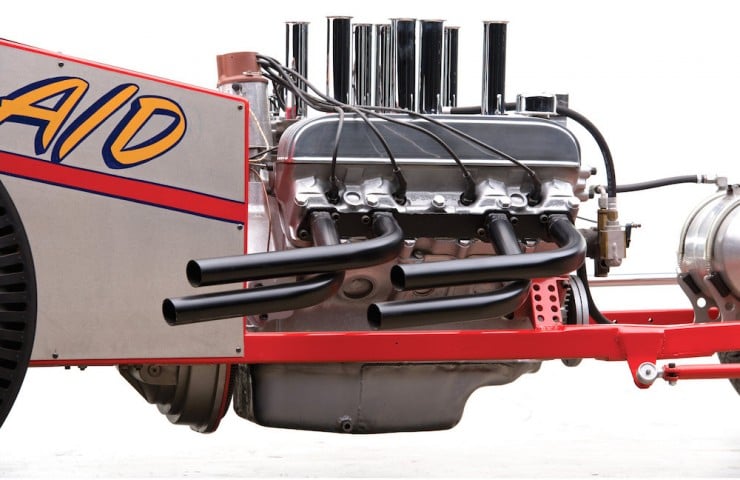 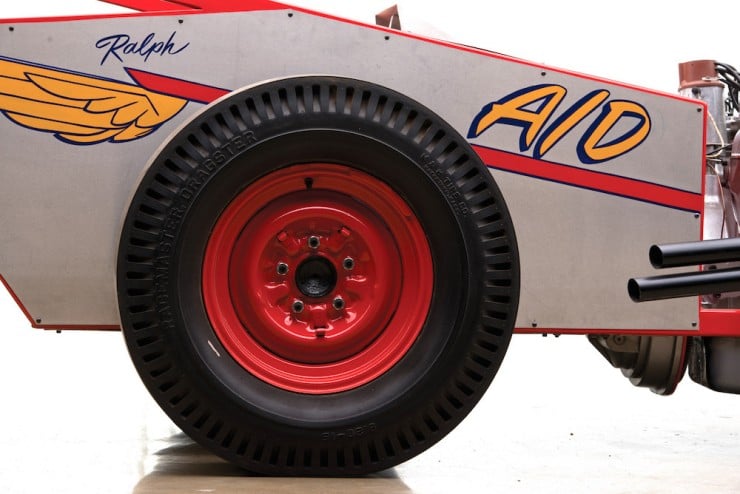 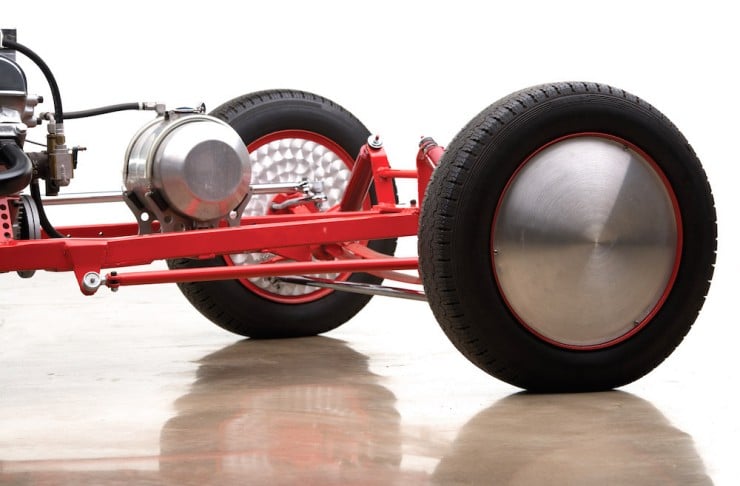 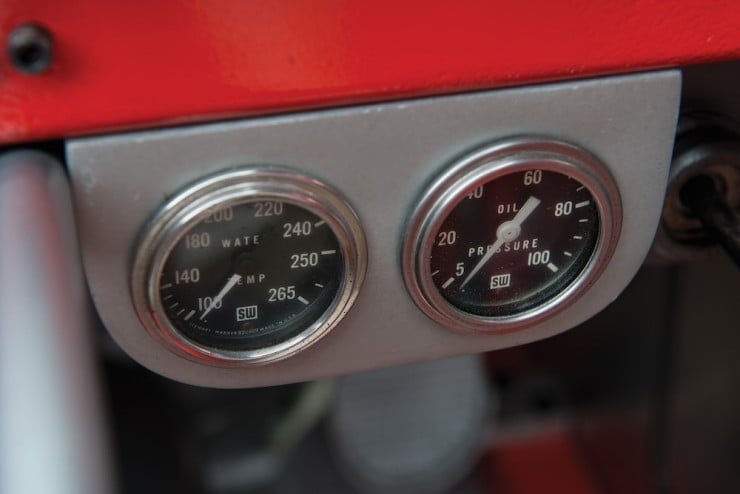 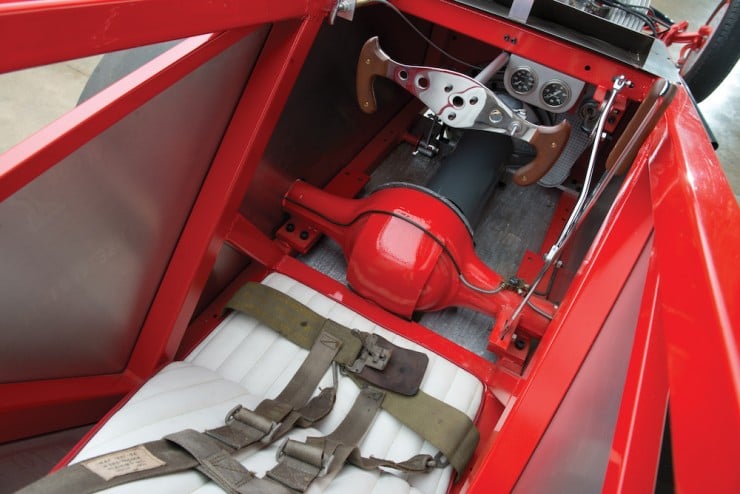 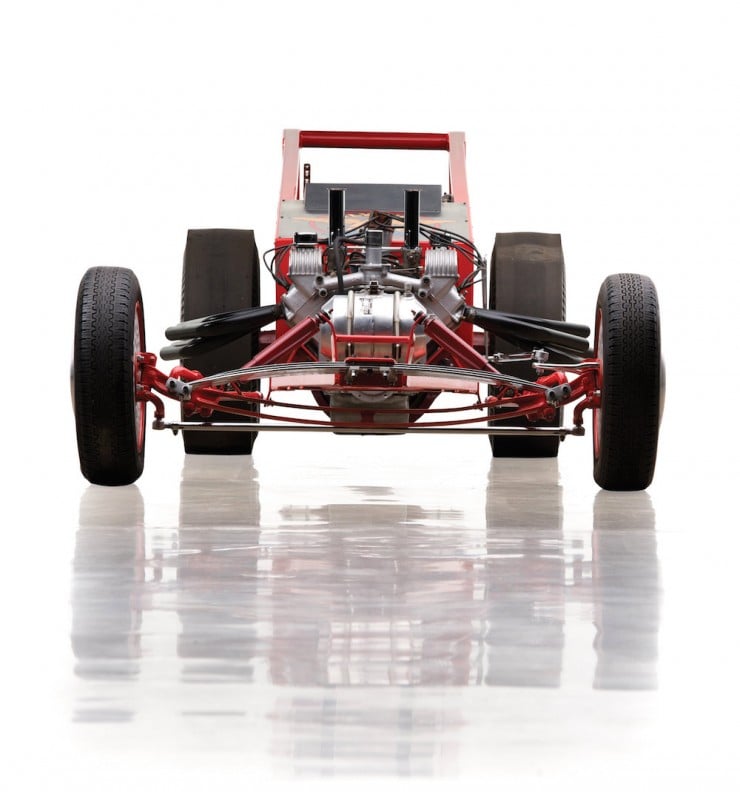 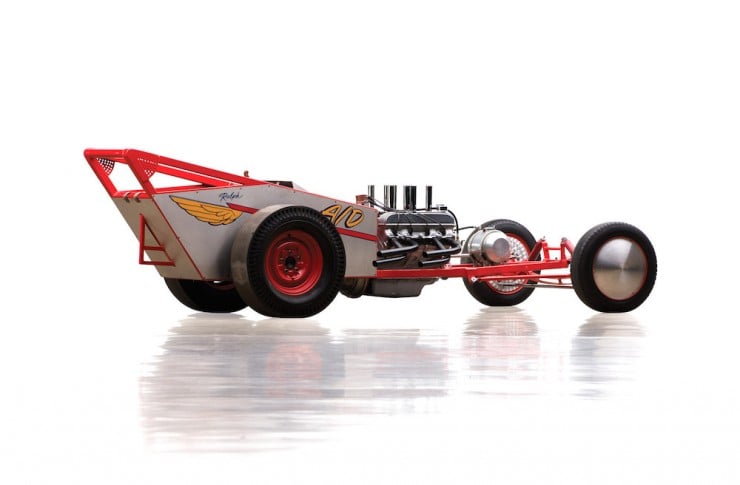